This aircraft for medium and short lines was developed by Convair at the request of American Airlines to replace the Douglas DC-3, which could no longer cope with passenger traffic and did not meet the increased comfort requirements. Its production began in 1947 and until 1957 1,181 copies were produced in a variety of modifications, both civilian and military. This aircraft has absorbed the best achievements of piston aviation. 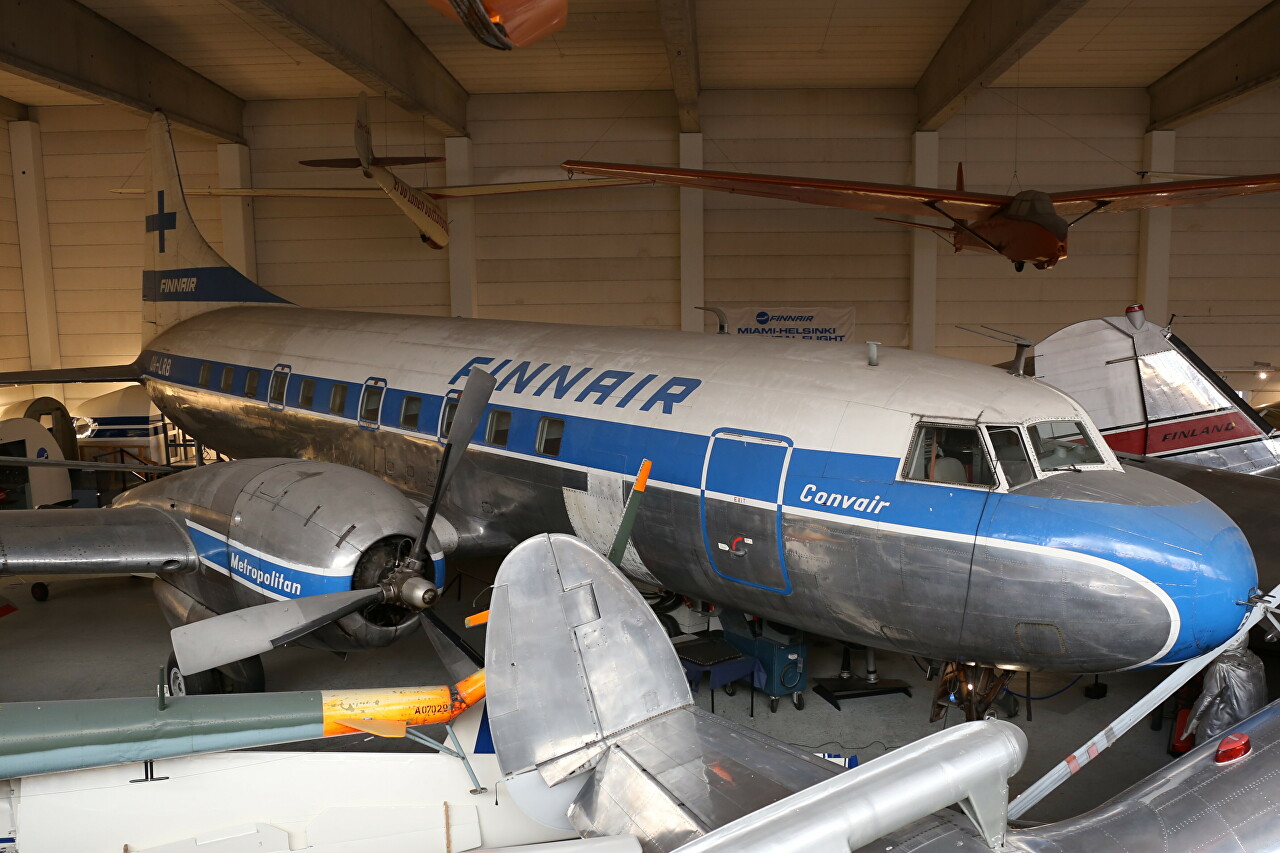 Finnair had 9 aircreafts of this type, operated until the 80s. The Finnish Aviation Museum presents a modification of the CV-440 Metropolitan, built in 1955. Visitors can board and get acquainted with the typical interior of a passenger plane of the fifties. 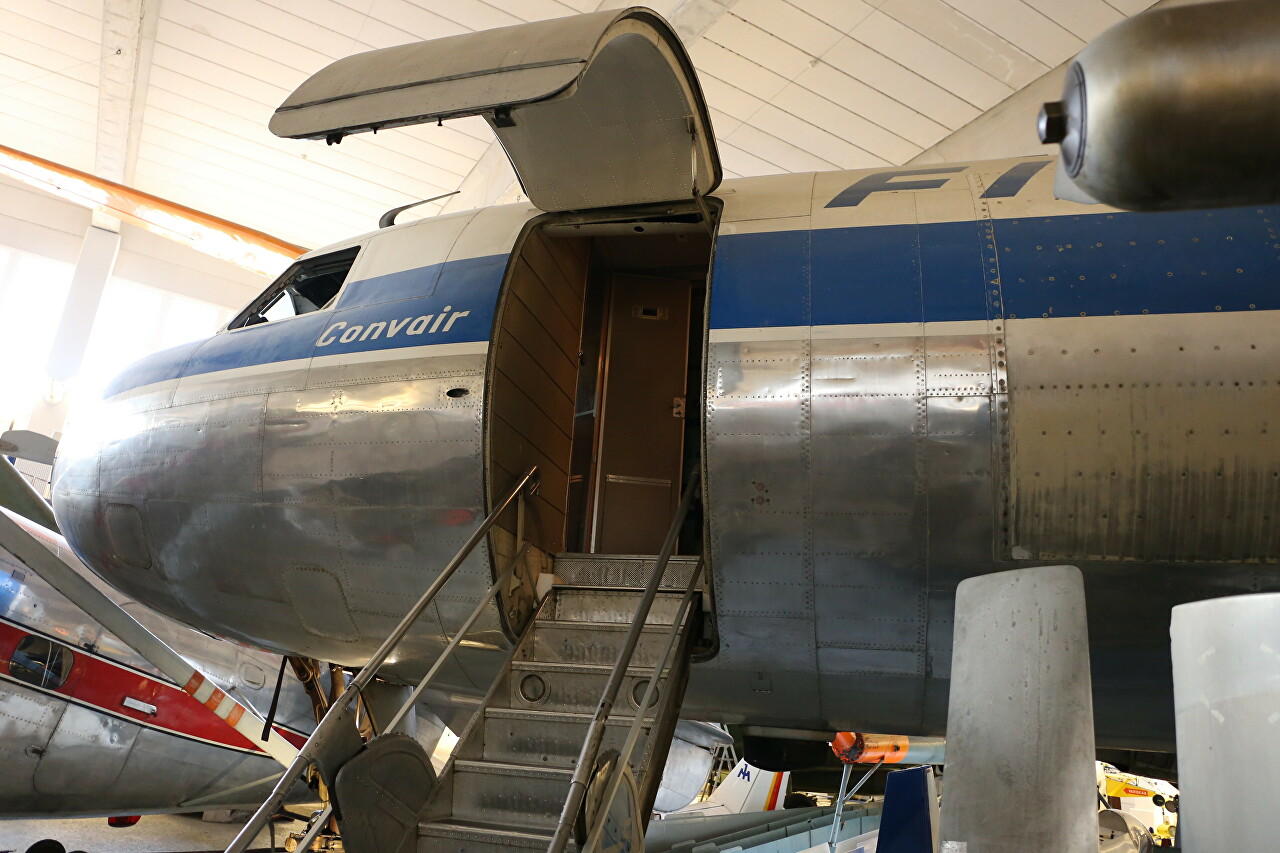 Approaching the ramp, you can examine in detail one of the engines of the aircraft, which has an open hood. This is an 18-cylinder double-row Pratt Whitney R2800CB17 Double Wasp with a two-stage supercharger with a capacity of 2500 hp. The engine was developed in 1939 and was used on such famous aircraft of the Second World War as the B-26 Marauder bomber and the P-47 Thunderbolt fighter. Pay attention to the shirts of the cylinders, their ribs are very thin and there are a lot of them. Unlike most air-cooled engines, the ribs were not cut out with a saw, and not cast. Due to this, the engines had a higher engine life. Thanks to them, the CV440 developed a maximum speed of 545 km / h and climbed to a height of over 7.5 thousand meters. At a cruising speed of 483 km/ h, the aircraft had a range of up to 1900 km. 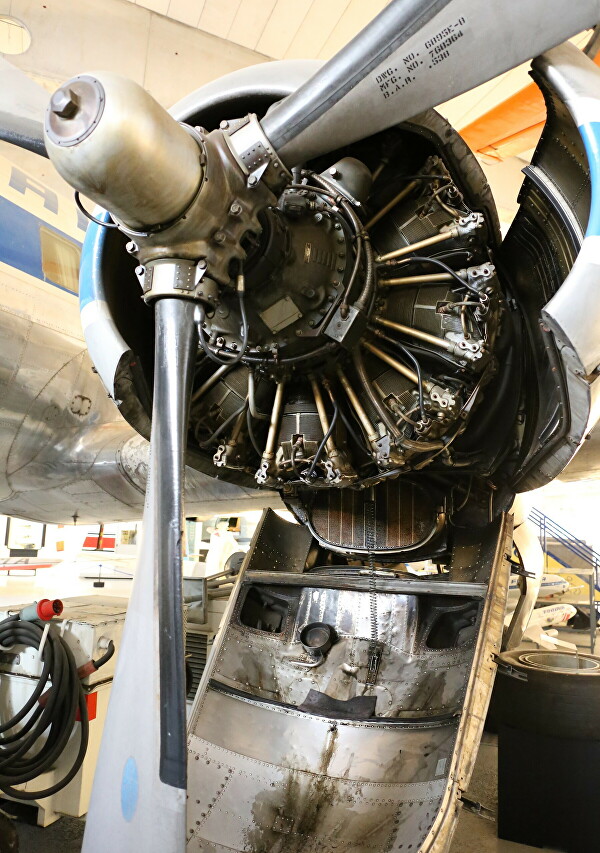 We will climb the ladder on board the plane and look into the pilot's cabin. The crew consisted of two pilots, in some modifications there was a place for a navigator. The CV440 set of instruments and equipment was common for the aircraft of the 40s, the innovation was a meteorological radar with a range of up to 240 kilometers, installed behind the nose cowling. 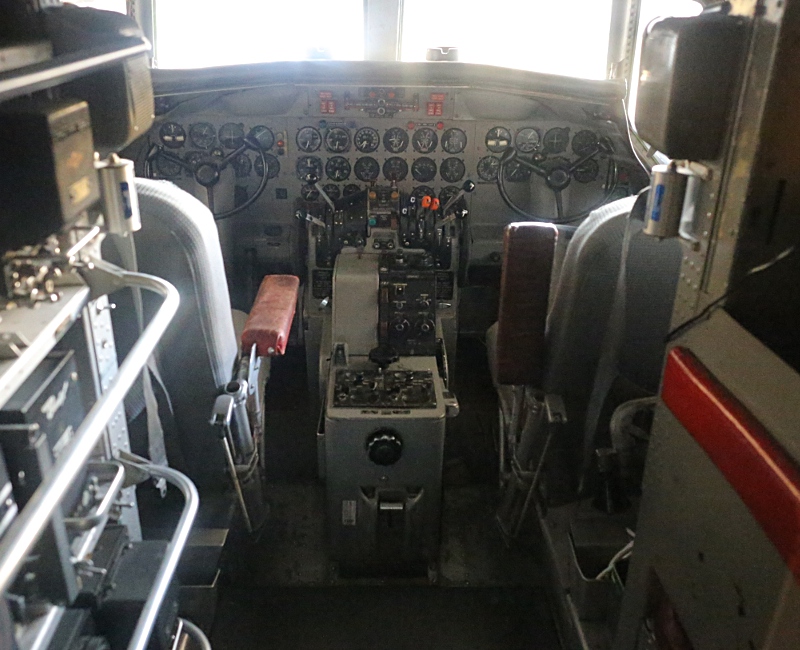 The Metropolitan passenger cabin accommodated 52 passengers, the maximum number of all modifications. Instead of racks for hand luggage, two rows of chairs were installed. In addition, noise insulation has been improved. As you can see, there are elements of comfort in the cabin that have long become standard for passenger liners: individual lighting and ventilation. 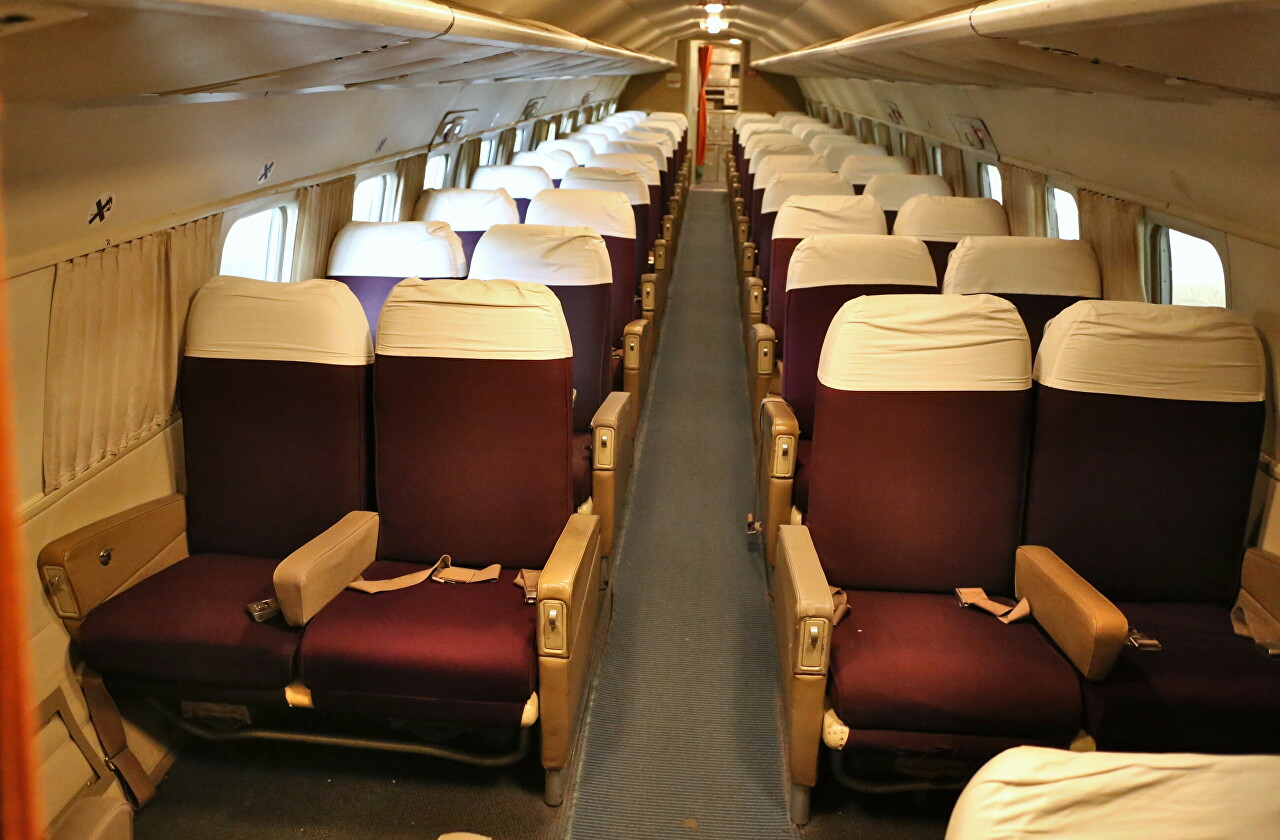 A galley is equipped in the tail section, also a standard element for a modern passenger aircraft. The flight time on the CV-440 reached up to 5 hours, hot meals were a mandatory service and was one of the elements of the competition for passengers between airlines. 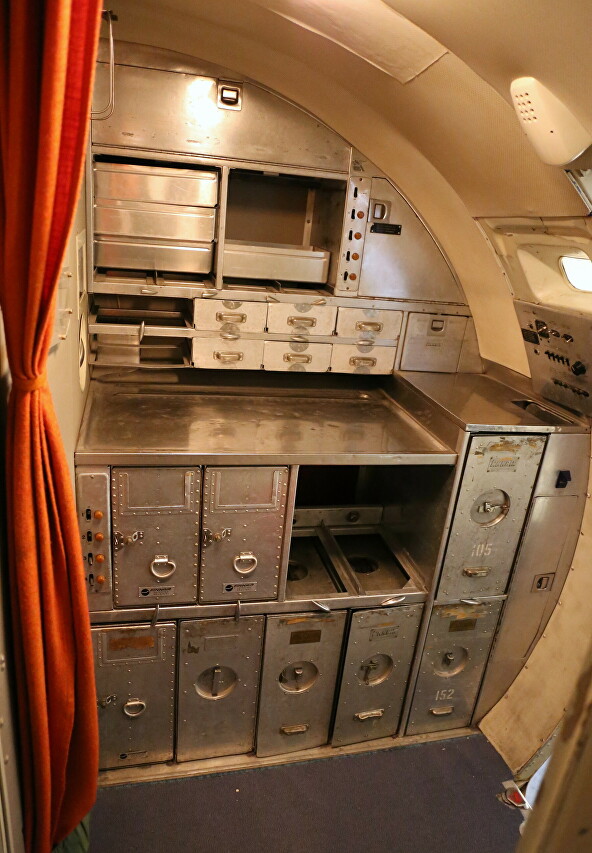