At the time of the outbreak of World War II, the US government strictly adhered to the policy of isolationism, while at the same time it could not leave without support European countries fighting fascism and in dire need of aircraft. According to the Neutrality Act, the United States could not send weapons from its ports, in order to circumvent these restrictions, the aircraft were delivered to Canada in disassembled form, where they were loaded onto ships and sent to Europe. A British-French Procurement Commission was formed to coordinate these deliveries, with headquarters in New York. In early 1940, the Commission asked North American Aviation to build the P-40 fighter aircraft developed by Curtiss-Wright. In response, North American offered to create a more modern fighter as soon as possible. Design work began in April and on October 26, the NA-73X prototype made its first flight. 102 days had passed since the contract was signed, which was an outstanding achievement of the design team led by Edgar O. Schmued, while the usual development period for this type of aircraft was at least a year. For the first time in world practice, the designers used a wing with a laminar flow profile, developed jointly with NACA. This significantly reduced air resistance at high speeds, becoming one of the decisive factors for the success of this aircraft. The aircraft was launched in a series called Mustang Mk I, in October 1941 the aircraft were delivered to the UK, and in January of the following year they were already involved in combat operations. 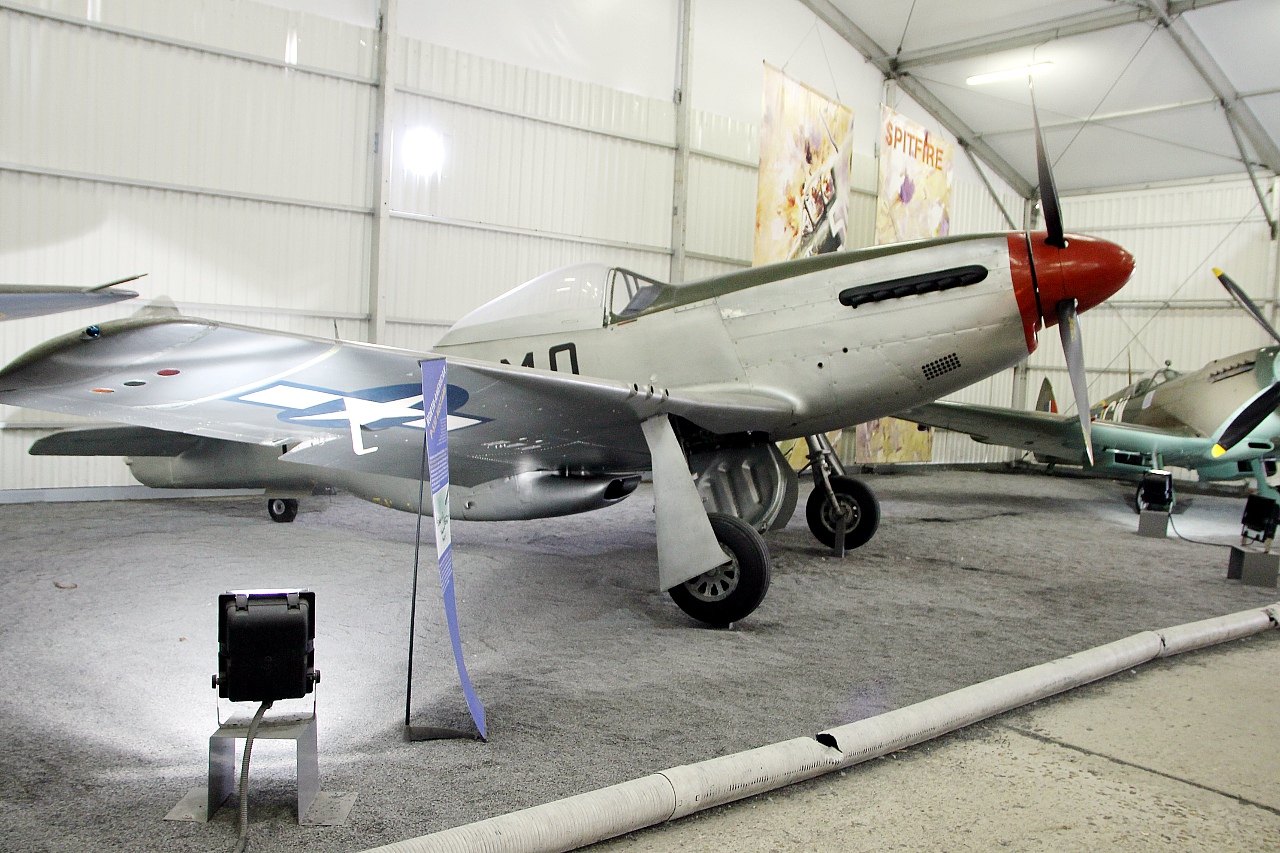 The Mustang Mk I had an Allison V-1710 engine with very weak altitude characteristics, which forced the British to develop special tactics for using Mustangs at low altitudes. Attempts to improve the engine did not give tangible results, and in May 1942, Rolls-Royce test pilot Ronald Harker, proposed installing a Merlin 61 engine on the Mustang, which was put on the Spitfire Mk IX. This was the second step to the success of the aircraft. In November 1942, the first flight of the XP-51 prototype with the Packard V-1650-3 engine, which was produced in the United States as a copy of the Merlin 61, took place. In December 1943, the P-51B appeared at the front, showing not only excellent speed and altitude qualities. Another feature was the incredible range of the fighter, which allowed it to accompany the B-17 and B-24 bombers all the way to Berlin. The third step to success was the P-51D version with improved aerodynamic shapes, the cockpit received a teardrop-shaped glass lantern with excellent visibility in all directions. In this form, the Mustang entered the history of world aviation. The P-51s fought with great success against the latest German fighters, including the Me 262 jet fighters, and also showed good efficiency in attacks on ground targets. Total production was about 15,700 units, after the war, these aircraft were in service with more than two dozen countries, the last combat Mustang in the Dominican Air Force was written off in 1984. Currently, a large number of Mustangs in flying condition are in the hands of amateur collectors and amateur pilots. 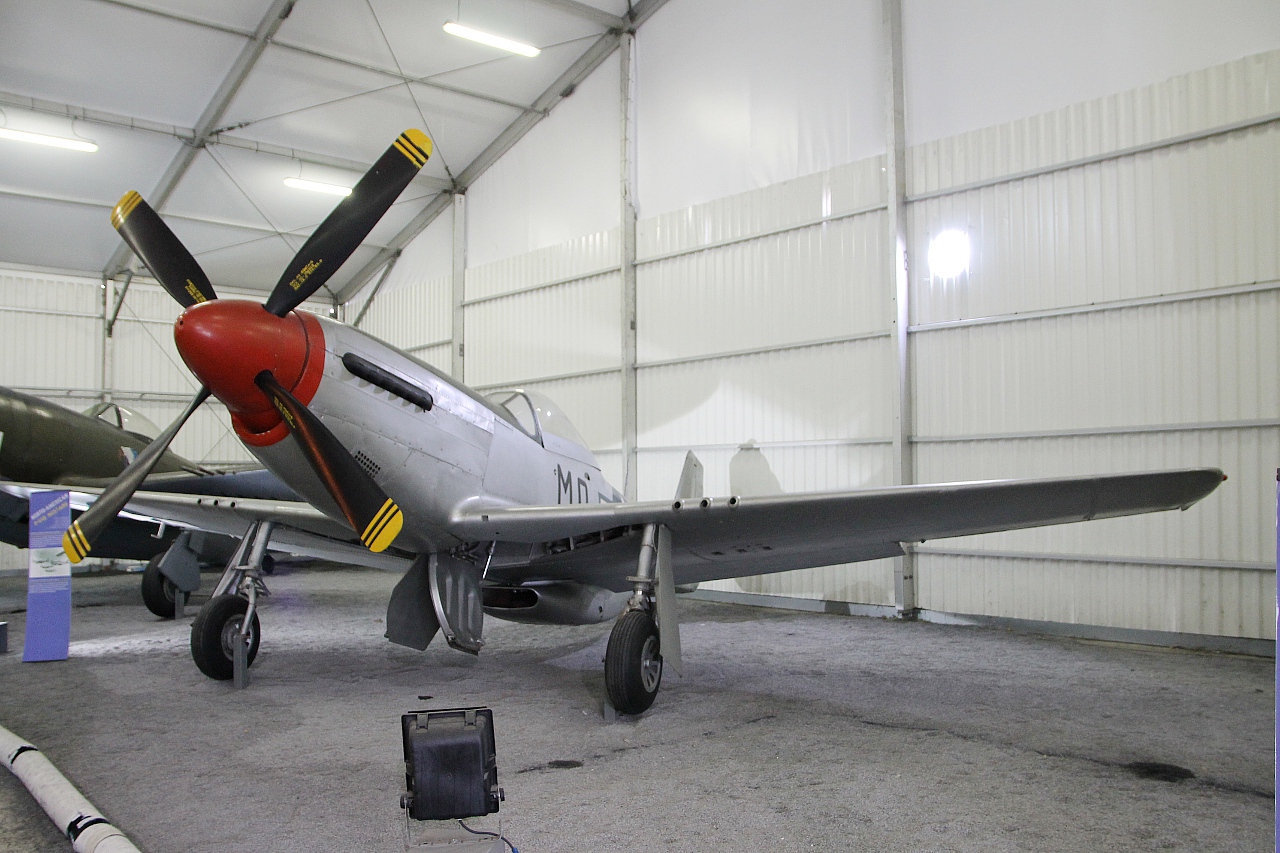 Presented at Le Bourget, the P-51D-20-NA with serial number 44-63871 was built at the Inglewood plant on December 5, 1944. He arrived by sea in Great Britain in February 1945, but did not participate in the fighting, and in April was sold to Sweden. There it entered service under the designation J26 and was assigned to the Royal Air Flotilla (Kungl Upplands Flygflottilj) F16 in Uppsala, where it served until 1952. Then it was transferred to Israel and as part of the squadron Tayeset 101, then Tayeset 105 participated in the Suez campaign of 1956-1957. Then the aircraft was in reserve in the Tayeset 116 squadron, in the early sixties it was removed from the register and sold in private to a private owner, and was registered in Cannes under the number N9722F. Finally, in July 1968, this Mustang was purchased by the Aviation Museum. 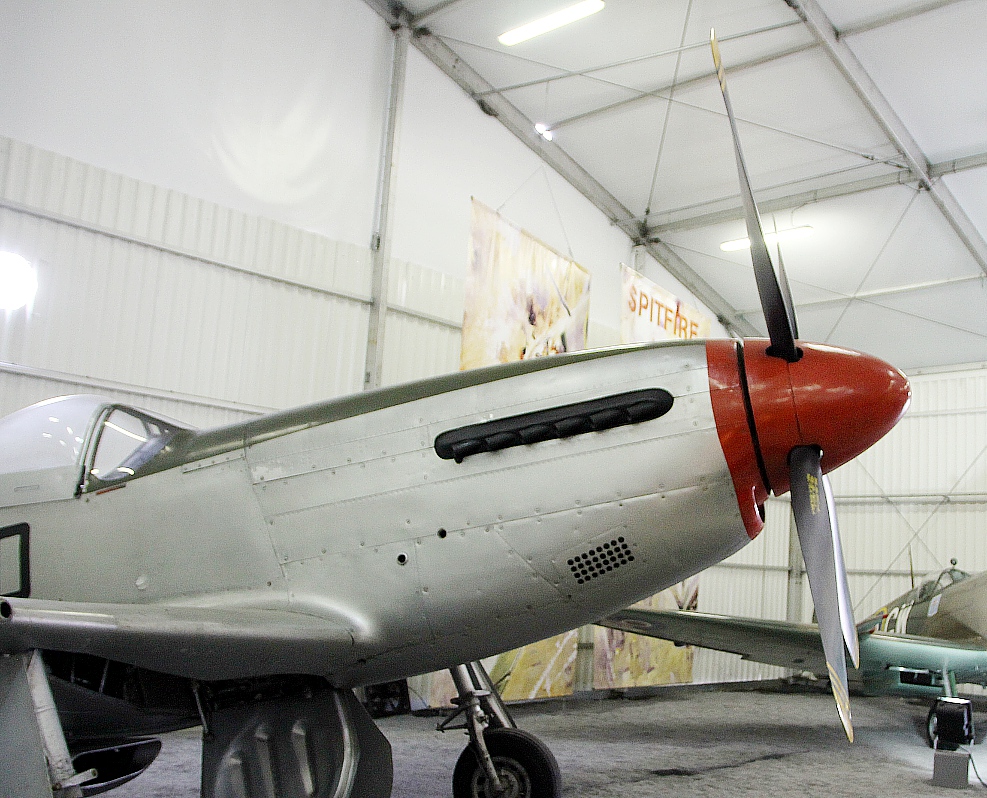