As a result of the Korean War, where the American F-86 Sabre collided with Soviet MiG-15 jet fighters, in early 1951, the US Air Force Command ordered a fighter capable of developing supersonic speed from North American. On July 7, 1951, the first model of the new aircraft was presented to military experts, who issued more than a hundred recommendations for revision. The final specifications were approved on November 30, 1951, and the aircraft was named the F-100 Super Sabre, followed by an order for two prototypes. 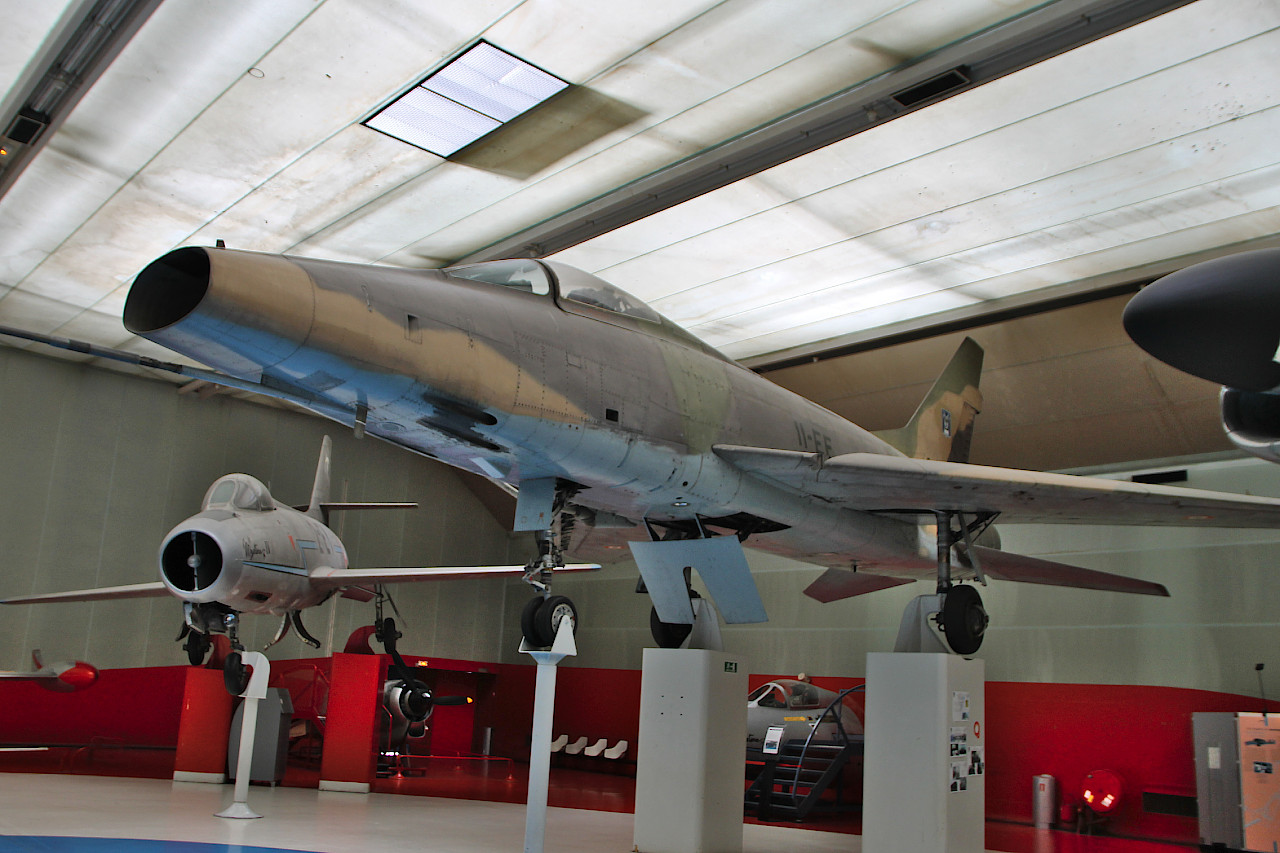 The aircraft was completed seven months ahead of schedule, and the first flight took place on May 25, 1953, in which a speed of Mach 1.04 was achieved. After a series of improvements, on September 27, 1954, the F-100A was adopted by the US Air Force and used until 1971, and in the National Guard until 1979. Production continued until 1959, with a total of 2,249 units built. The F-100 was also delivered to France, Denmark, Turkey and Taiwan. 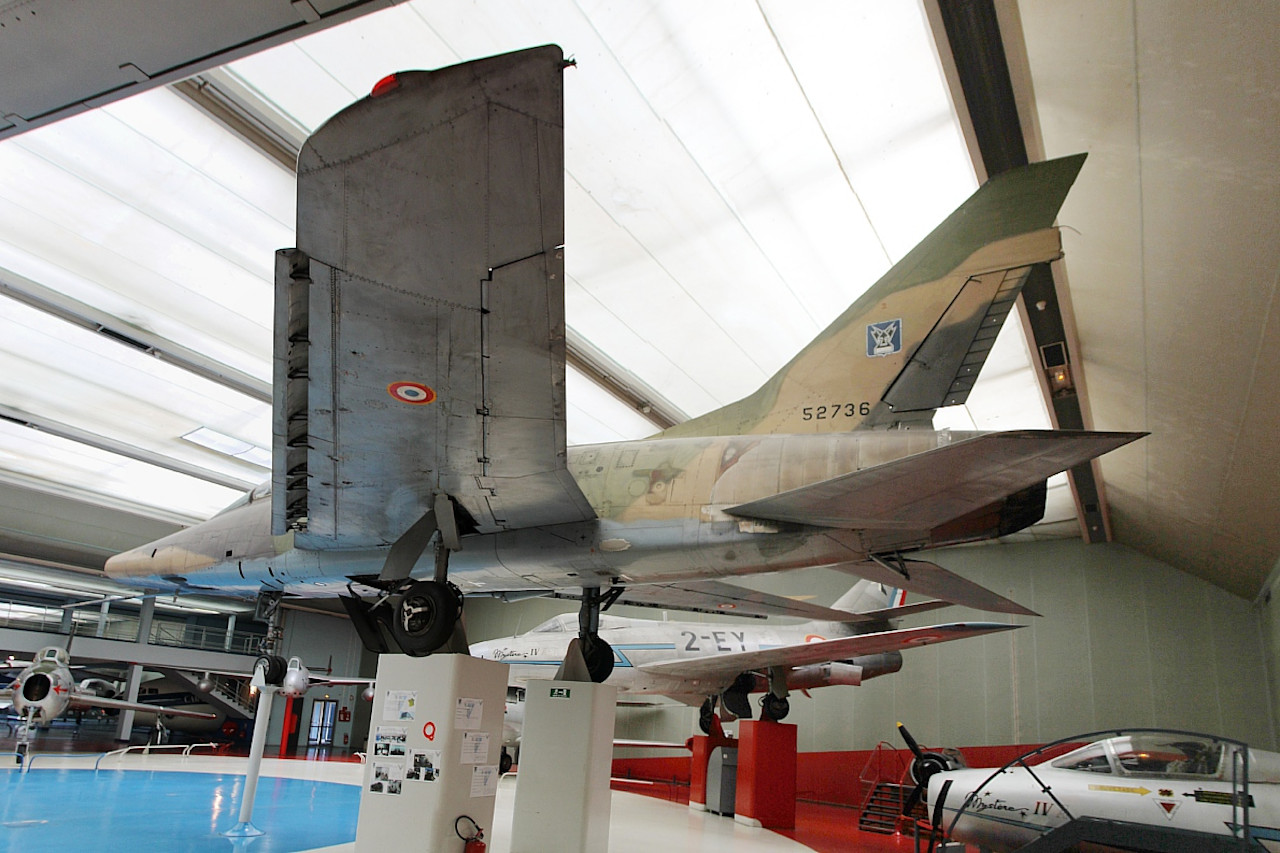 The main popularity of the aircraft was brought by the Vietnam War, where it was used since 1961 and made more than 360 thousand combat sorties, in which 242 aircraft were lost. The F-100 participated in combat operations until 1971, when it was completely replaced by the F-4 Phantom II. The F-100D fighter-bomber made its first flight on January 24, 1956. From previous models, it was distinguished by more advanced avionics, an enlarged wing, tail unit and flaps. In total, 1274 copies were built, this is the most massive modification. 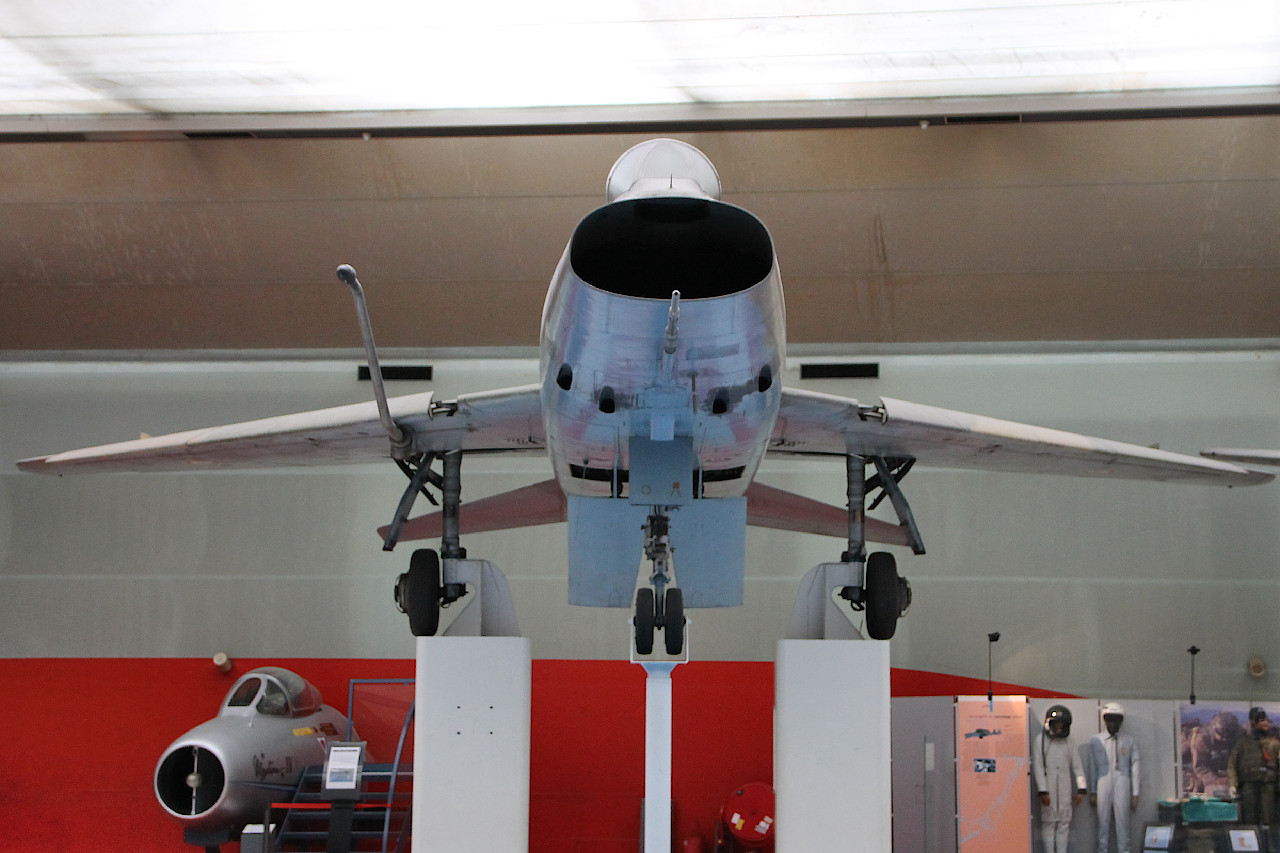 France became the first country to purchase the F100, with the first aircraft arriving on May 1, 1958. In total, 85 F-100D fighters and 15 two-seat F-100F training aircraft were purchased. The aircraft were assigned to the fourth tactical air wing of NATO (4th Allied Tactical Air Force) and were based at airfields in France and Germany. Super Sabre missiles were designed to break through the air defense system at low altitudes and deliver tactical nuclear strikes. In 1967, France withdrew from NATO, and F100s from Germany were transferred to France to bases previously occupied by the US Air Force. The Super Sabre was the main fighter-bomber of the French Air Force in the sixties, until they were replaced by Anglo-French-made Jaguars. 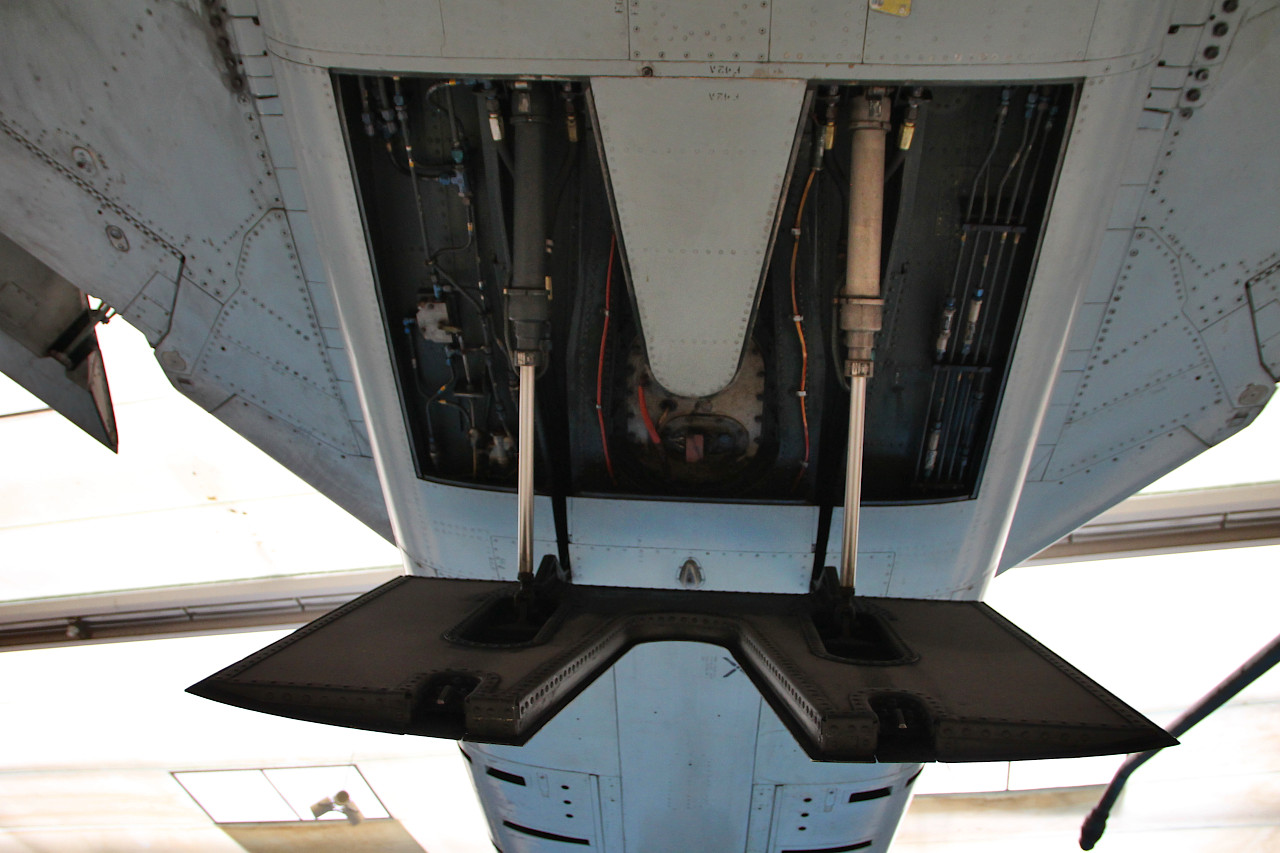 During the fighting in Algeria, the F100s operated from the Reims air base, landing at Istres-Le Tubé airfield near Marseille after the strike and returning to Reims after refueling. "Super Sabre "was in service in France until 1978. The Hall de la Cocarde pavilion of the Air and Space Museum presents the F-100D with the serial number 55-2736. This aircraft belonged to the 4/11 Jura squadron stationed in Djibouti, and was transferred to the museum in 1979. 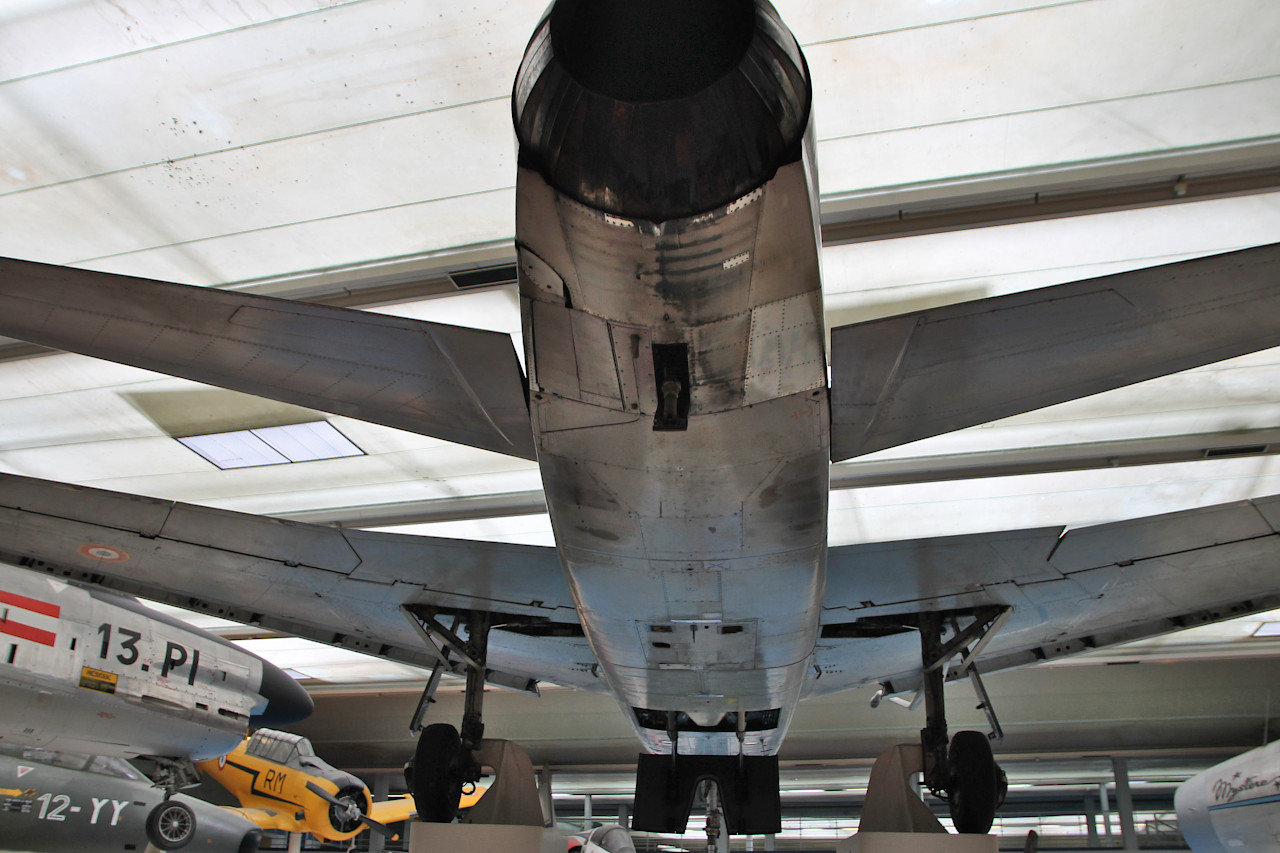 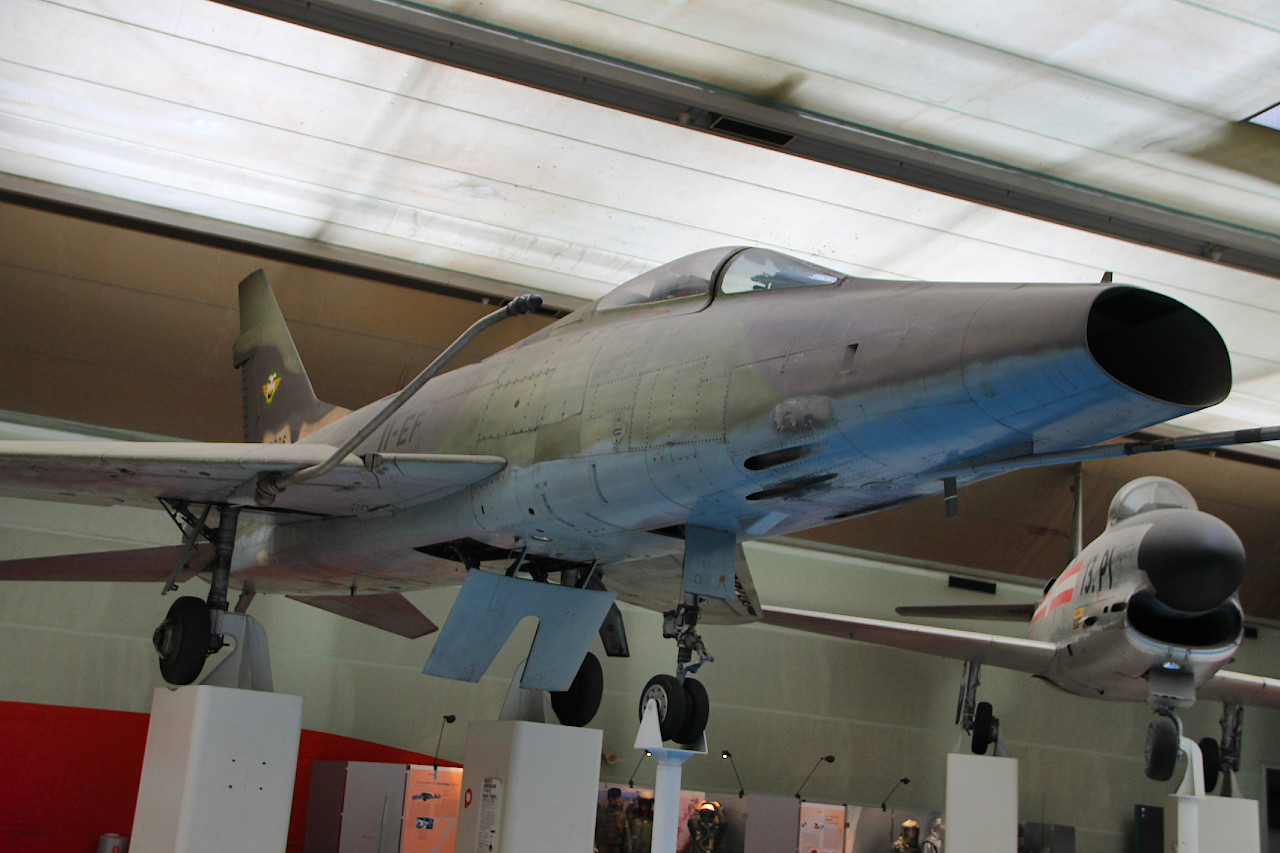