In 1960, a gas turbine two-shaft engine GTD-350 was developed in the USSR, and an attempt was immediately made to install its Mi-1 helicopter, which was mass-produced since 1950 and was a compilation of the American S-51 and the British Bristol Sycamore. The turboshaft engine was 40% lighter than the piston one, but its reliability left much to be desired and for this reason the project was not developed. Then the design bureau under the leadership of Mikhail Leontievich Mil proposed the concept of a twin-engine helicopter with a capacity of 8 people, called the B-2. The basis was taken from the same Mi-1, which increased the volume of the fuselage, the aerodynamic scheme and dimensions were left the same. On October 7, 1961, the B-2 made its first test flight, and in the first half of 1962 it passed State tests and received the official name Mi-2 (Mil-second). For some reason, the leadership of the USSR did not place the production of the Mi-2 at one of the Soviet aircraft factories, but offered it to the Polish People's Republic. In 1963, it was decided to establish the production of the helicopter at the PLZ plant in Svidnik, where its predecessor Mi-1 was already produced under license. In 1964, the helicopter was brought to a serial model, the documentation and license for the helicopter and the engine were transferred to Poland, an agreement was concluded under which a significant part of the production was to be delivered to the USSR. This is the only example of Soviet-designed aircraft that has never been produced on the territory of the USSR. The first production helicopter took off on August 26, 1965, and two years later, at the Le Bourget Air Show, it was Poland that presented the helicopter to the world aviation community. NATO immediately assessed the capacity and capabilities of the Mi-2, and assigned it the code name Hoplite - the so-called warriors with heavy weapons in ancient Greece. 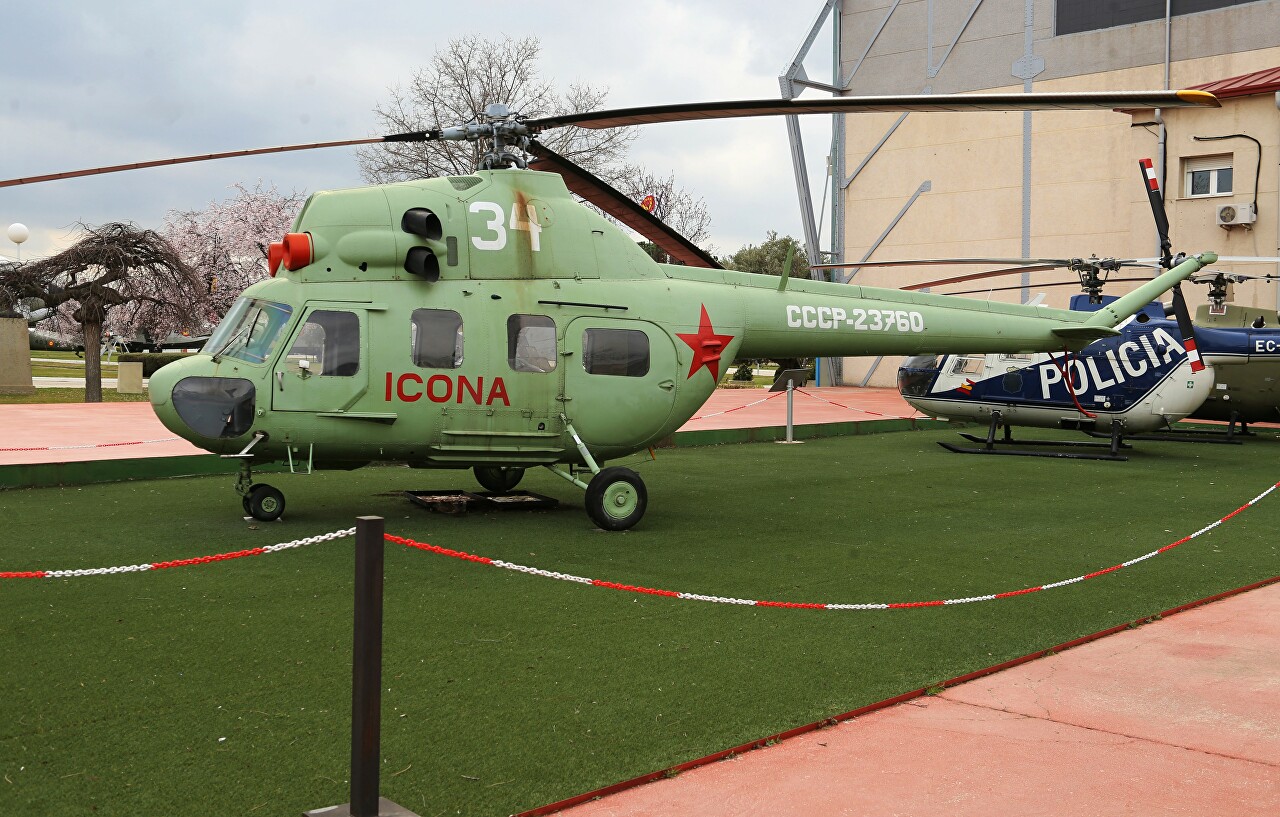 The Mi-2 helicopter was used in the armies of the Warsaw Pact countries, in the transport and amphibious version it could accommodate 8 fighters, in the shock it carried a different combination of cannon and missile weapons. Civil modifications included 10-seat passenger, sanitary and agricultural variants. The Mi-2 was also used as a training aircraft and for aerobatics. In addition to the countries of the socialist camp, helicopters were delivered to the countries of the Middle East, Africa and Latin America. Production continued until 1992, a total of 5,497 copies were built. 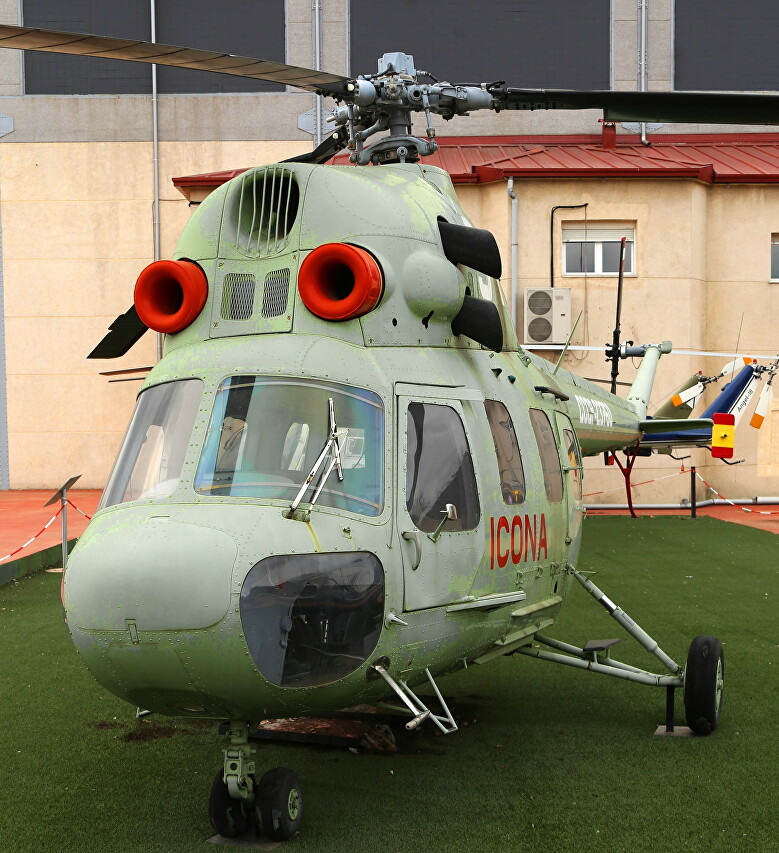 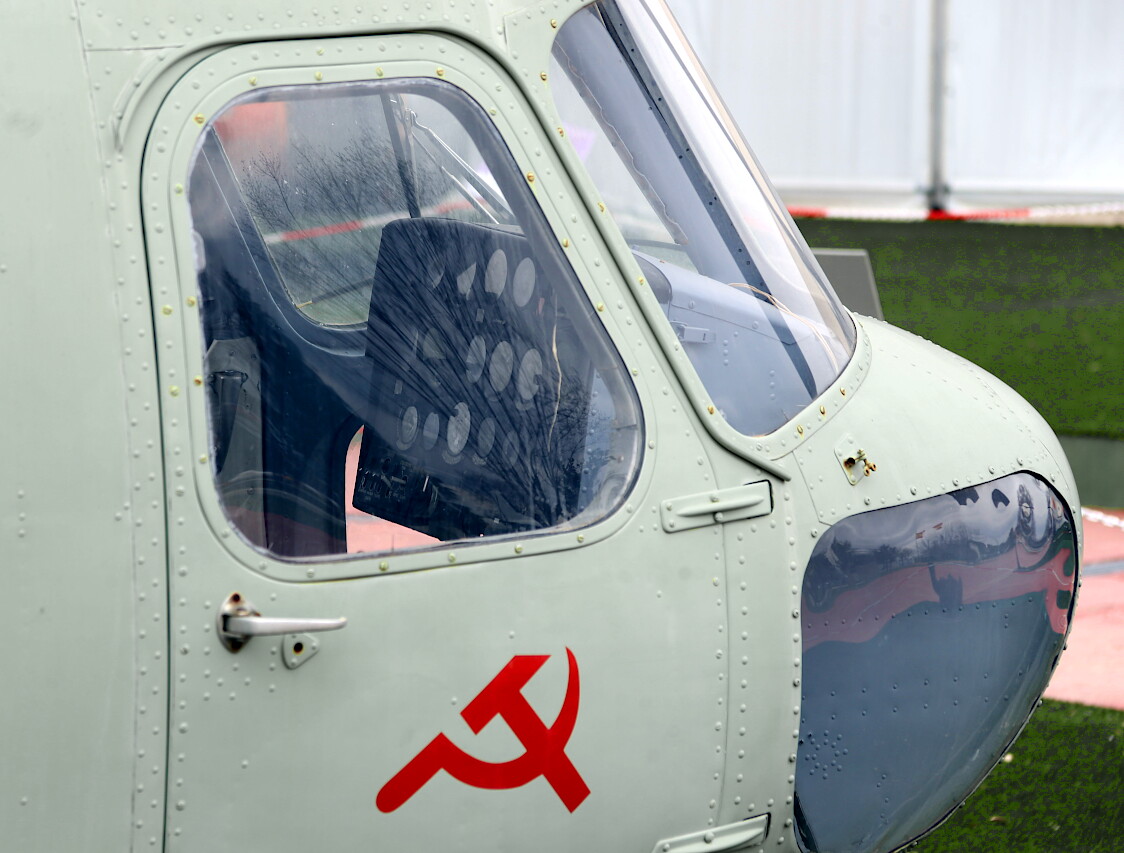 This helicopter was built in 1975 for the USSR Air Force, where it flew until the end of 1991, after that it was transferred to civil operation and worked in the South of Russia. In 1997, the helicopter was finally decommissioned. There is one remarkable fact in the helicopter's track record - in 1989, Soviet military helicopter pilots assisted Spain in extinguishing forest fires, delivering firefighters to the fires, so the last owner of the helicopter in 1999 presented it to the National Museum of Aeronautics in Madrid. Now the helicopter carries the identification marks with which it worked in Spain - the tactical number of the Soviet Air Force 34, the registration number of the USSR-23760 and the inscription ICONA (Instituto para la Conservación de la Naturaleza, Institute for Nature Conservation). 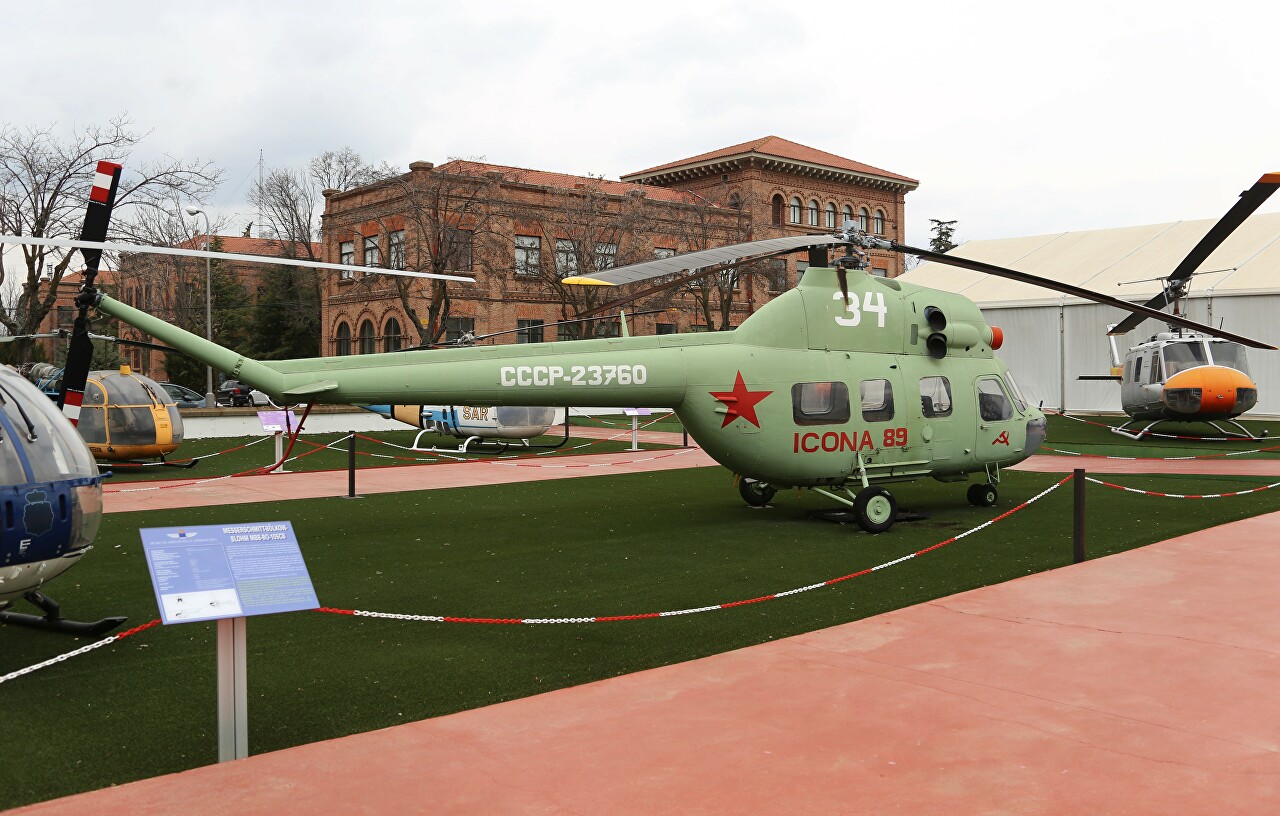