The Bell-47 was the first helicopter produced in a large series. He made his first flight on December 8, 1945, and received a certificate of airworthiness the following year. The main customer was the US Army, the helicopter was actively used during the Korean War of 1950-53, where it proved to be reliable and easy to operate. Bell AB-47 had more than 30 modifications for military and civilian use, its production continued until 1973, this is an absolute record in the field of helicopter construction. It was produced under license in Italy and Japan. 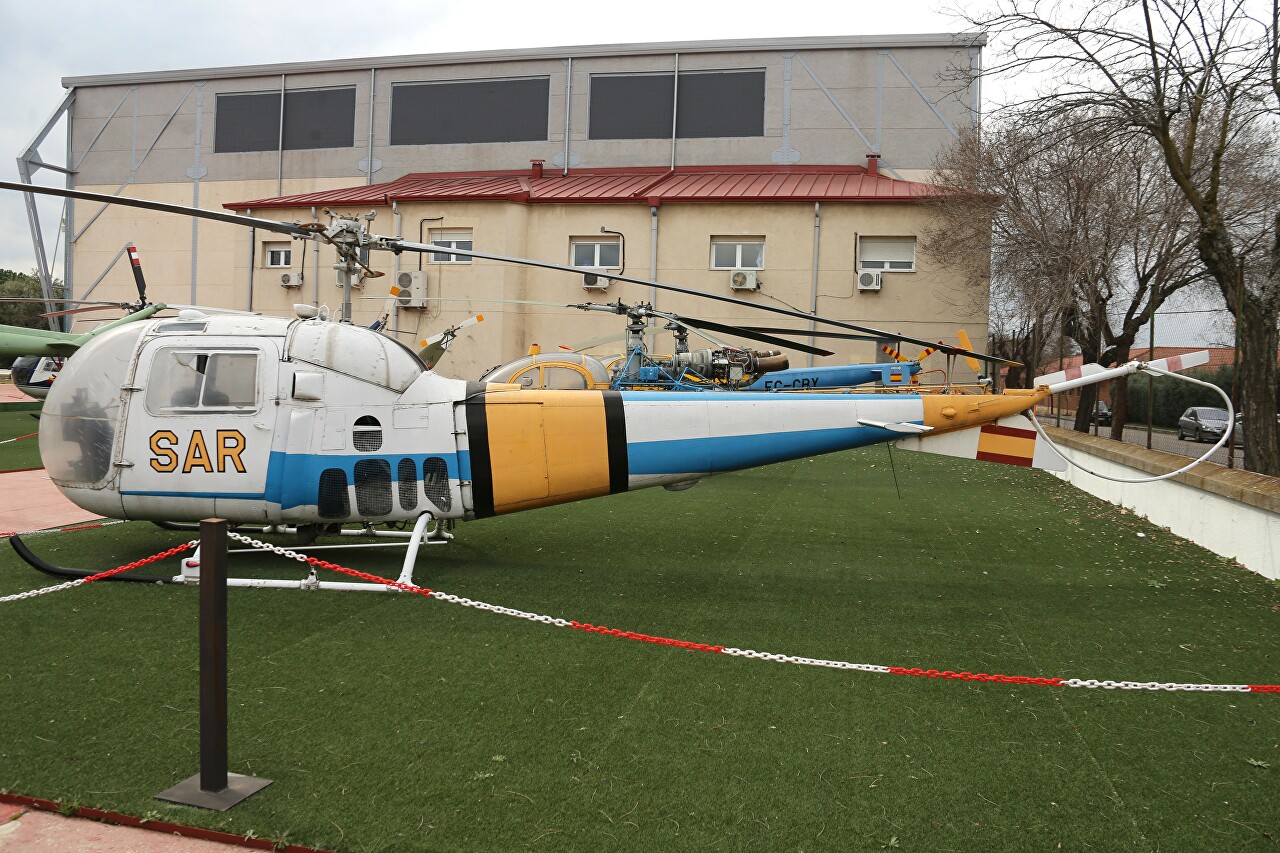 The Madrid Aeronautics Museum displays one of three AB-47 J3B1 helicopters manufactured by the Italian company Agusta, acquired by Spain in 1965 for the Search and Rescue squadron (SAR) in Getafe, where they served until 1983. The "J" model appeared in 1954 and differed from the basic one by the presence of a closed cockpit, where, in addition to the pilot, three or four passengers could be accommodated. 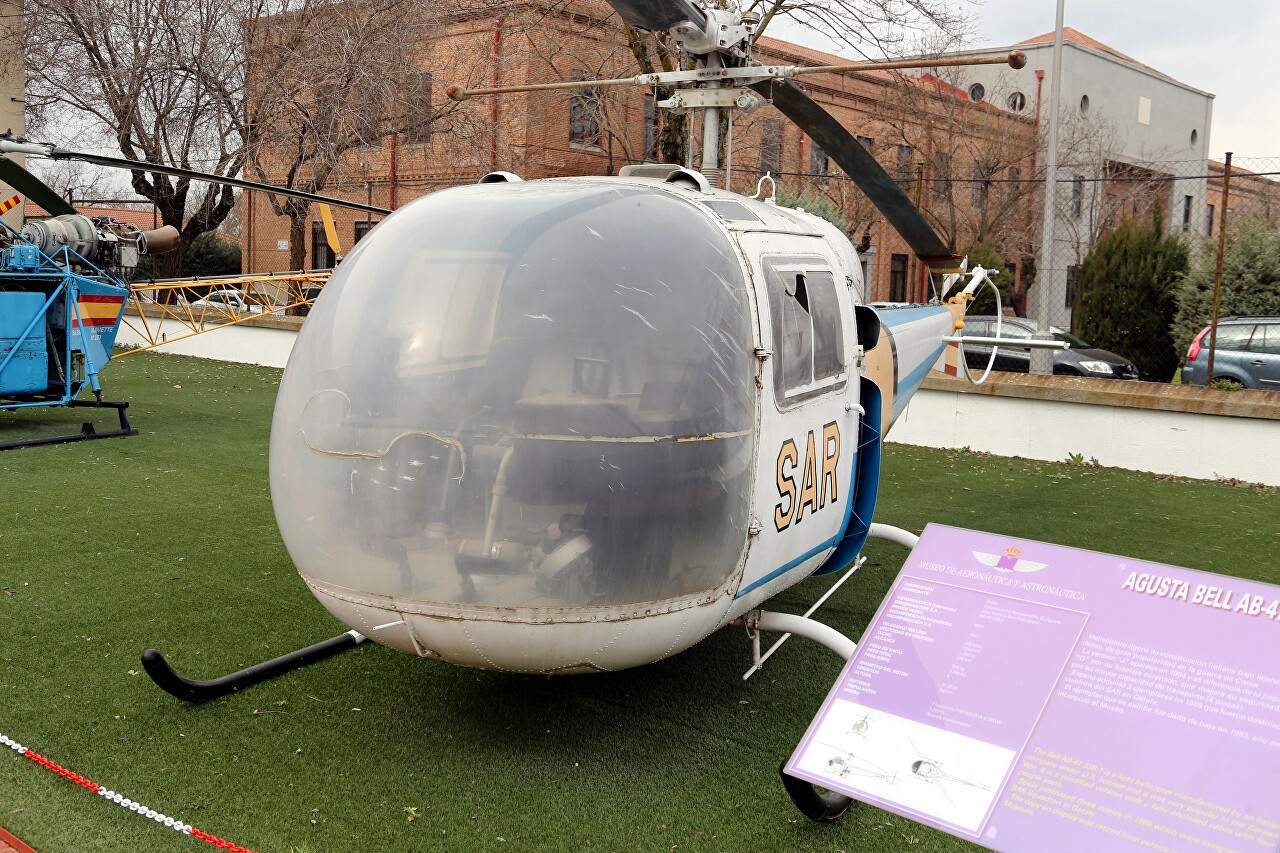 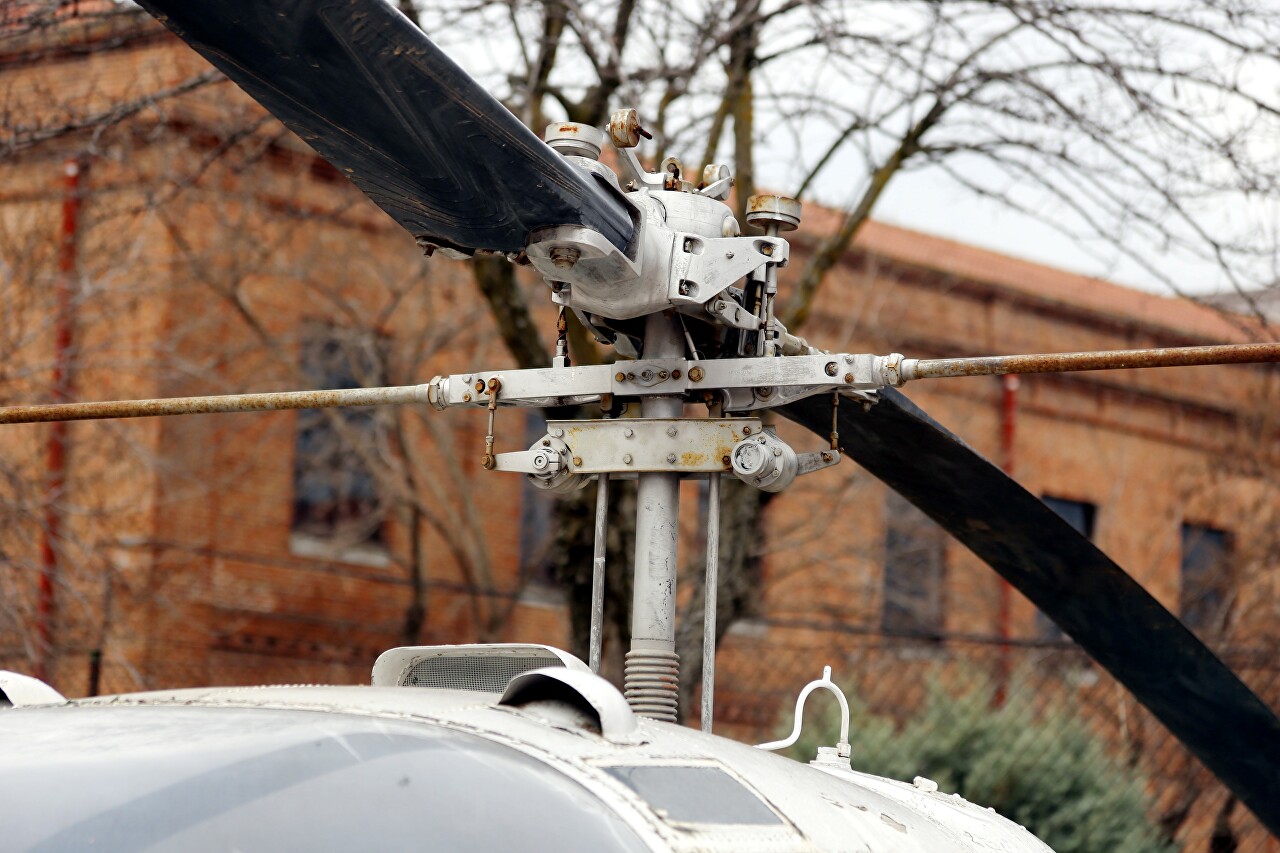