The Ultimate 10/20 Dash family of light biplanes is manufactured by the Canadian firm Ultimate Aircraft Corporation for amateur pilots. The prototype was built in 1985. Aircraft can be purchased in four versions, both ready-made and as a self-assembly kit. 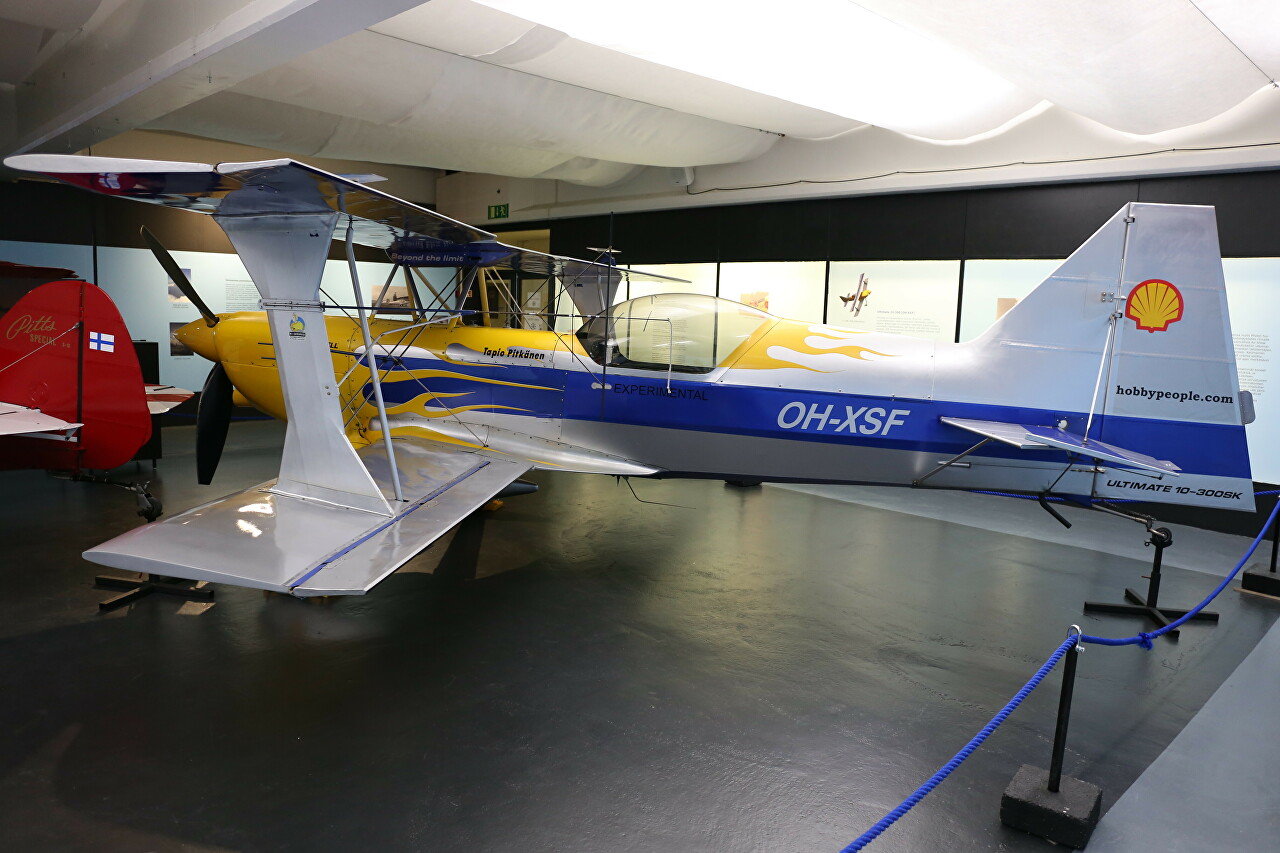 The length of the aircraft is 6.40 m, the wingspan is 5.95 m, the empty weight is 522 kg, the maximum take-off weight is 748 kg, the maximum speed is 402 km/h, the cruising speed is 305 km/h. Vertical speed up to 1000 meters per minute. The aircraft has a range of almost one and a half thousand kilometers and can be in the air for up to 5 hours, so it is very popular with fans of long-distance air travel. The museum presents an acrobatic model 10 Dash 300, with a 355 hp engine and a three-bladed propeller, this is the most power-armed aircraft in the family, which can overload up to 7g. 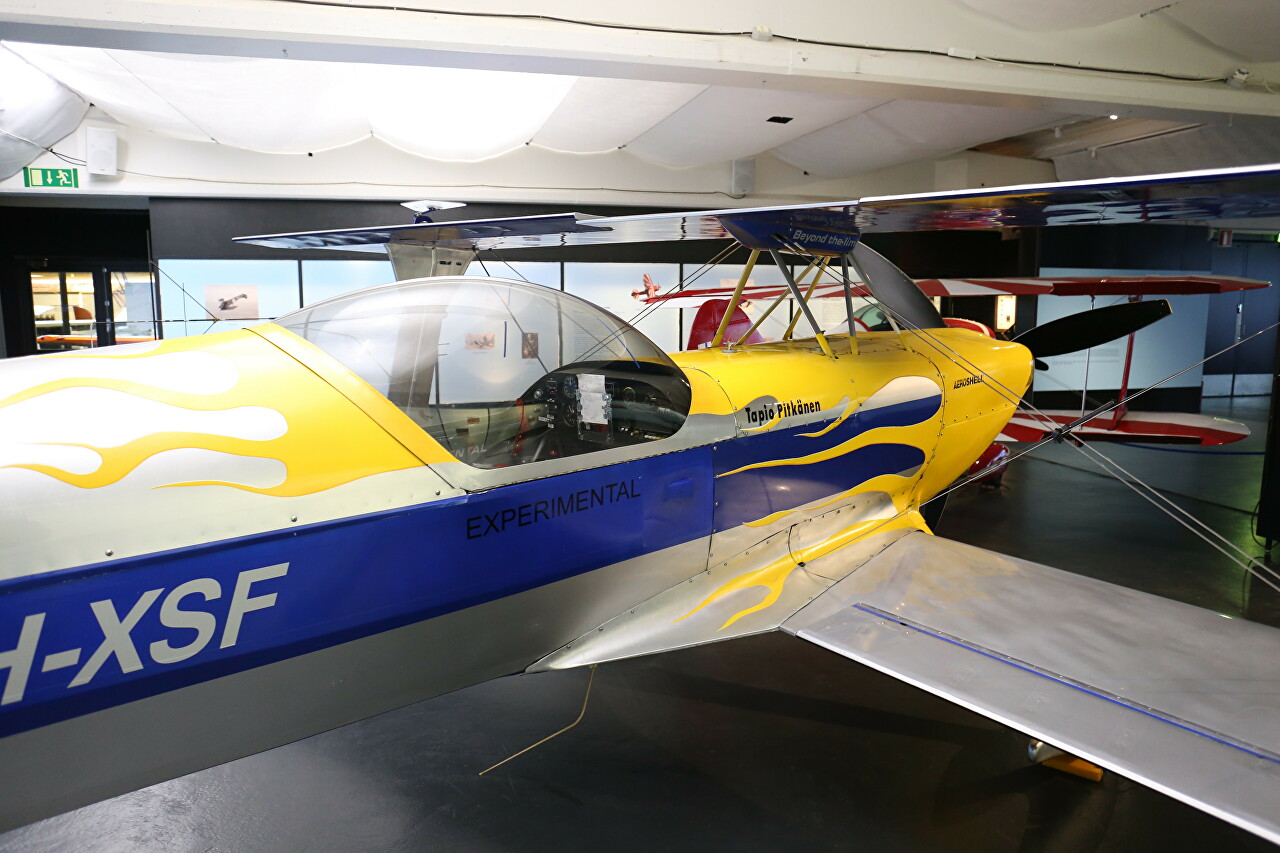 Here you can imagine yourself as a pilot performing aerobatics by watching a panoramic film taken from the cockpit of one of these aircraft. 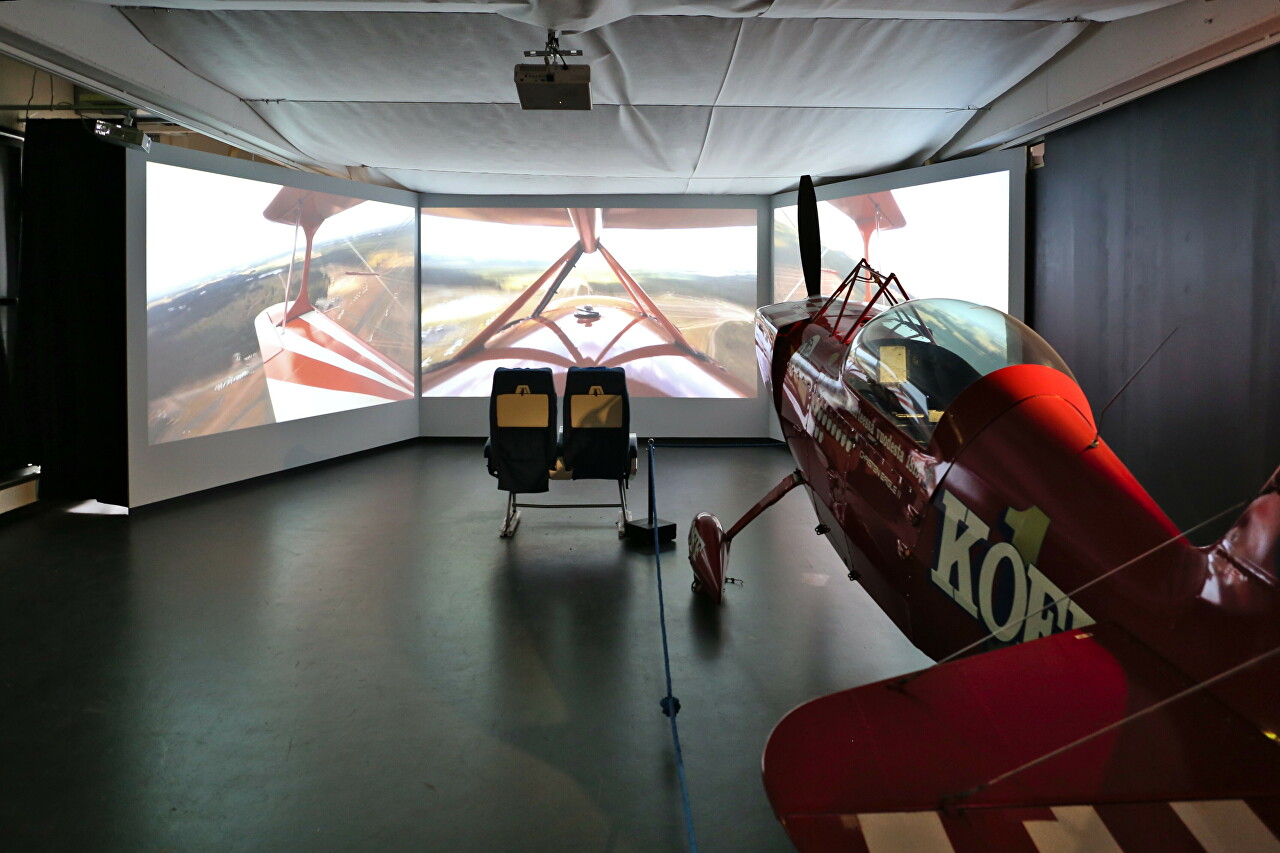