In the passage between the hangars there was a small exposition of sports and acrobatic aircraft. The Pitts Special S1 biplane was designed by American engineer Curtis Pit (9/12/1915 - 10/06/2005) and made its first flight in 1944. 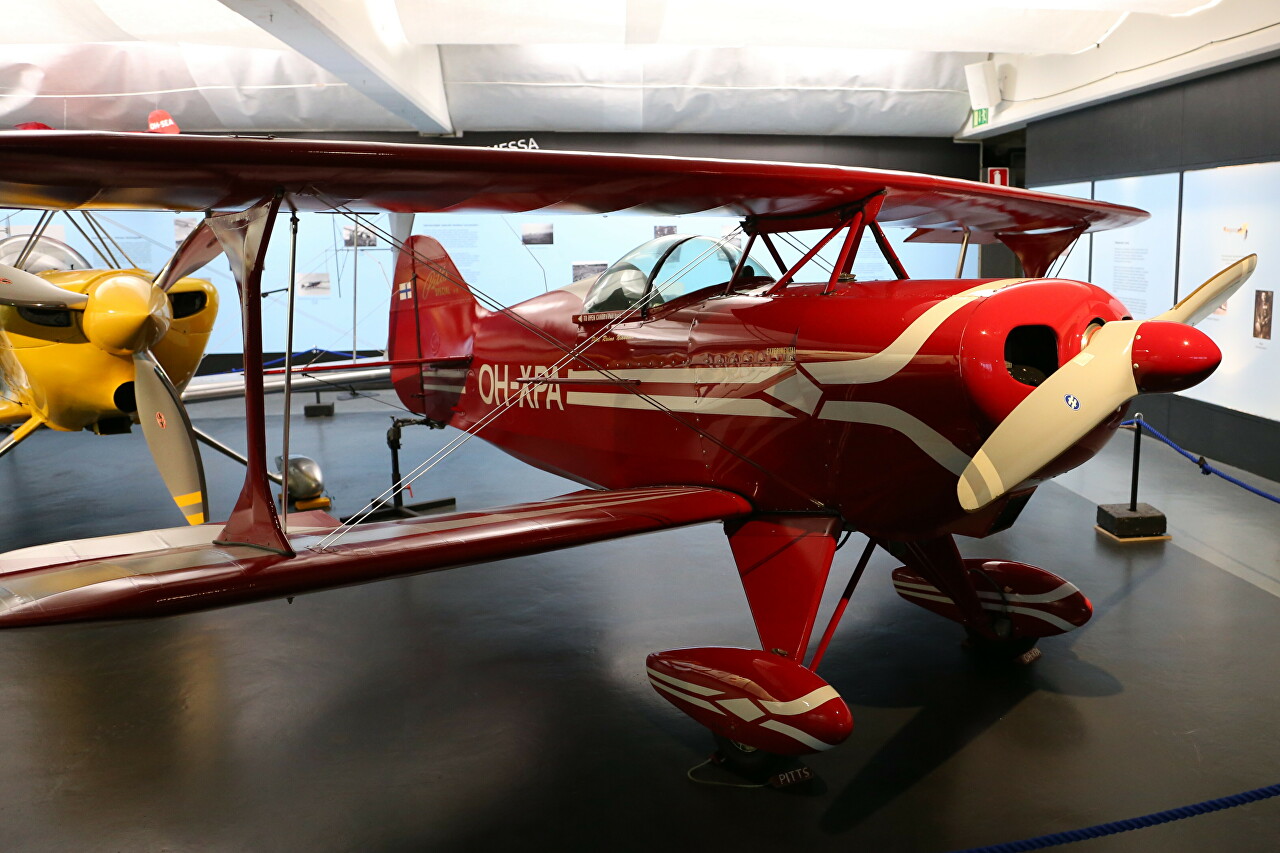 Thanks to its incredible maneuverability, the aircraft quickly gained popularity and has been the world leader in aerial acrobatics for half a century. The biplane is produced by Aviat and to this day in modifications with engines from 180 to 450 hp. A two-seat version (S-2) is also produced, designed for training pilots. The length of the aircraft is 5.71 meters, the wingspan is 6.1 m, the empty weight is 521 kg, the maximum flight weight is 737 kg. The aircraft has a cruising speed of 282 km/h, can accelerate to 338 km/h on afterburner. The aircraft is kept in the air at a minimum speed of 97 km / h, which allows you to perform spectacular stunts. The maximum flight altitude is 6400 meters, the rate of climb is 900 meters per minute, the flight range is 513 kilometers. 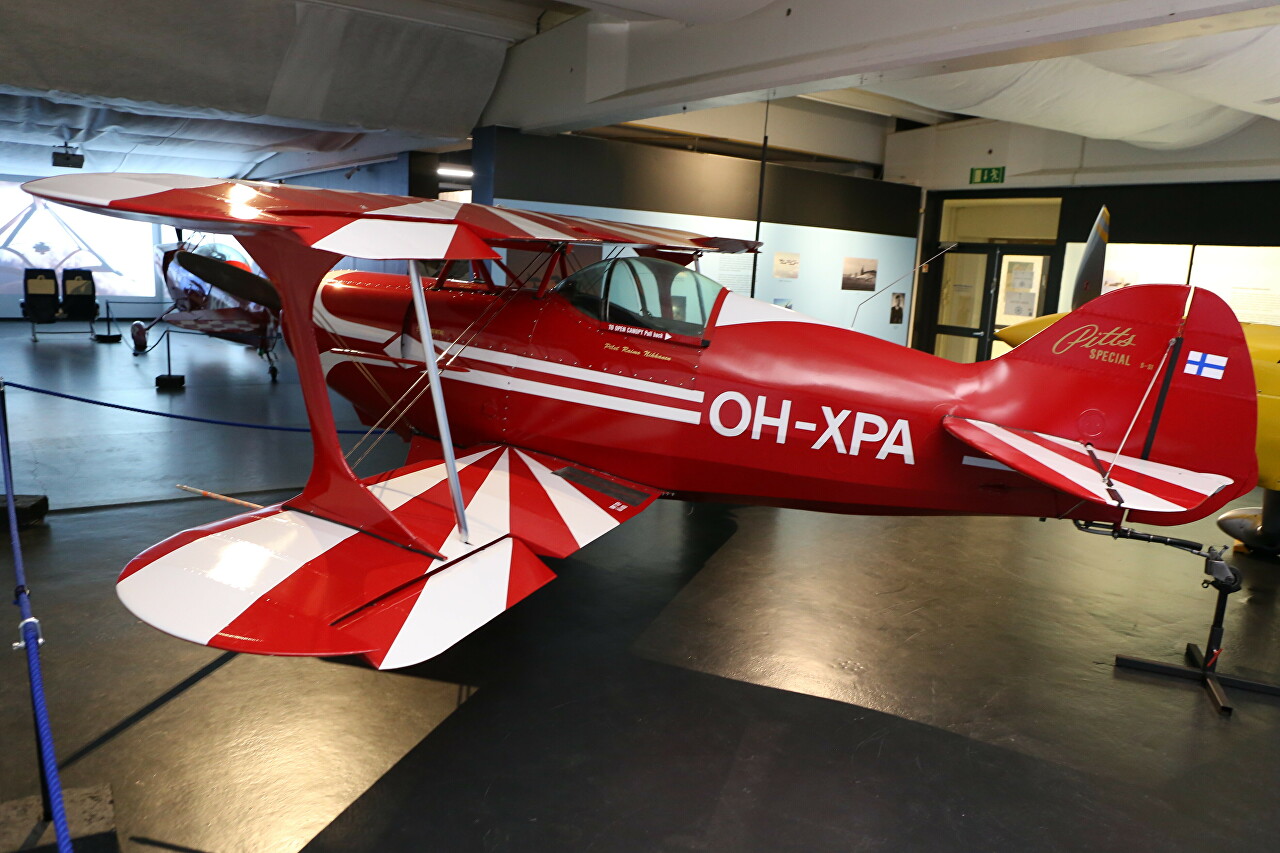 Another aircraft produced by Aviat, the Christen Eagle II, designed by Frank Christensen has been produced since 1977. This is the most massive amateur aircraft of the current century. The length of the biplane is 5.46 meters, the wingspan is 6.07 meters, the empty weight / maximum takeoff weight is 465/716 kg. The 200 horsepower engine provides an average speed of up to 296 km/ h, a rate of climb of 700 meters per minute and a flight altitude of 5180 meters. Flight range 610 km. 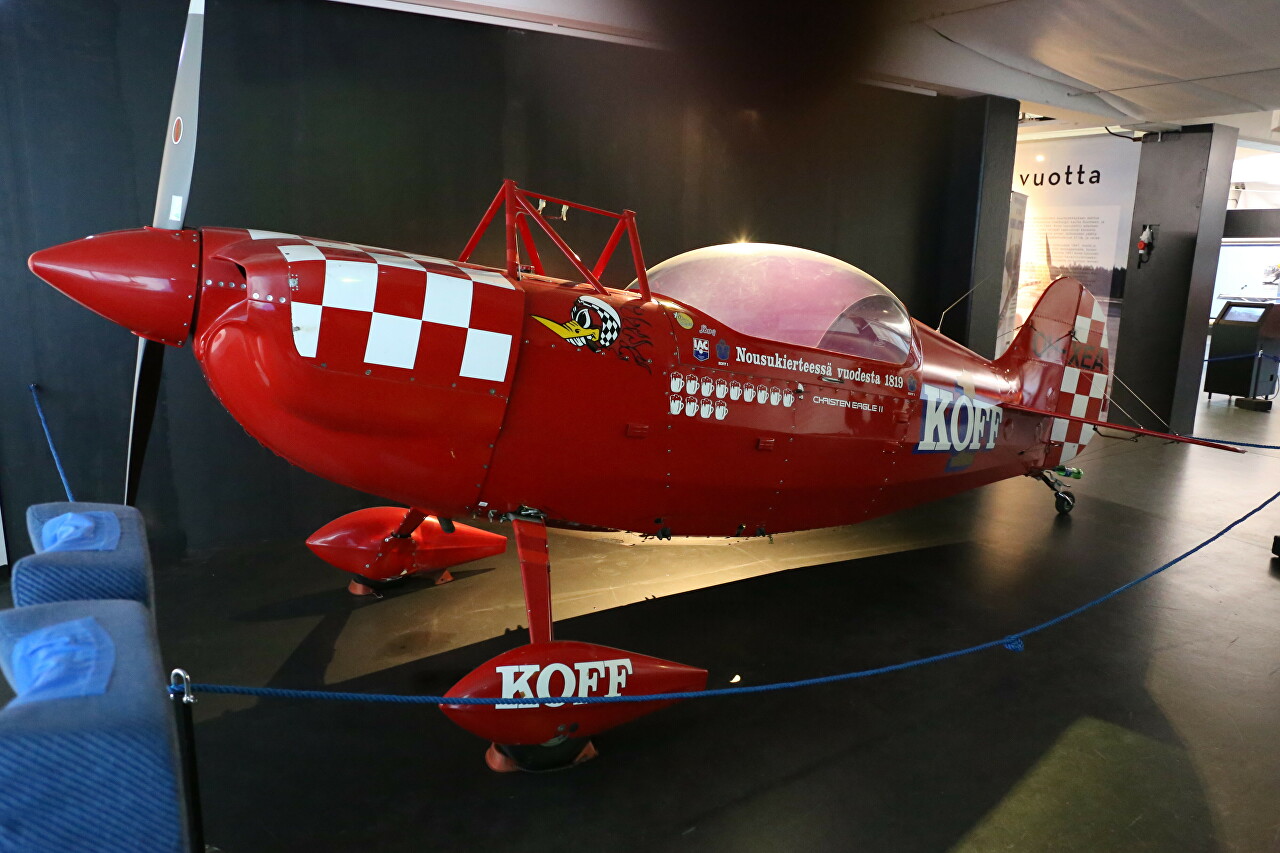