The exposition of the civil aviation hall begins with light aircraft created by enthusiasts in the pre-war period. Blomqvist-Nyberg is the first Finnish aircraft built "in a barn", as well as the second private airplane in the history of Finland. Emil Nyberg became interested in aviation in 1918, having studied the theory, in 1925 he decided to design and build his own aircraft. He was joined by the same enthusiast Atte Blomqvistin. On occasion, they managed to buy a 220 hp Spanish-Suiza aircraft engine, which served as a starting point for designing the car. Having received a construction permit (in Finland of those years there were such orders - it was possible not only to fly, but also to build planes only with the consent of the authorities), amateurs built an airplane in just 3 months. 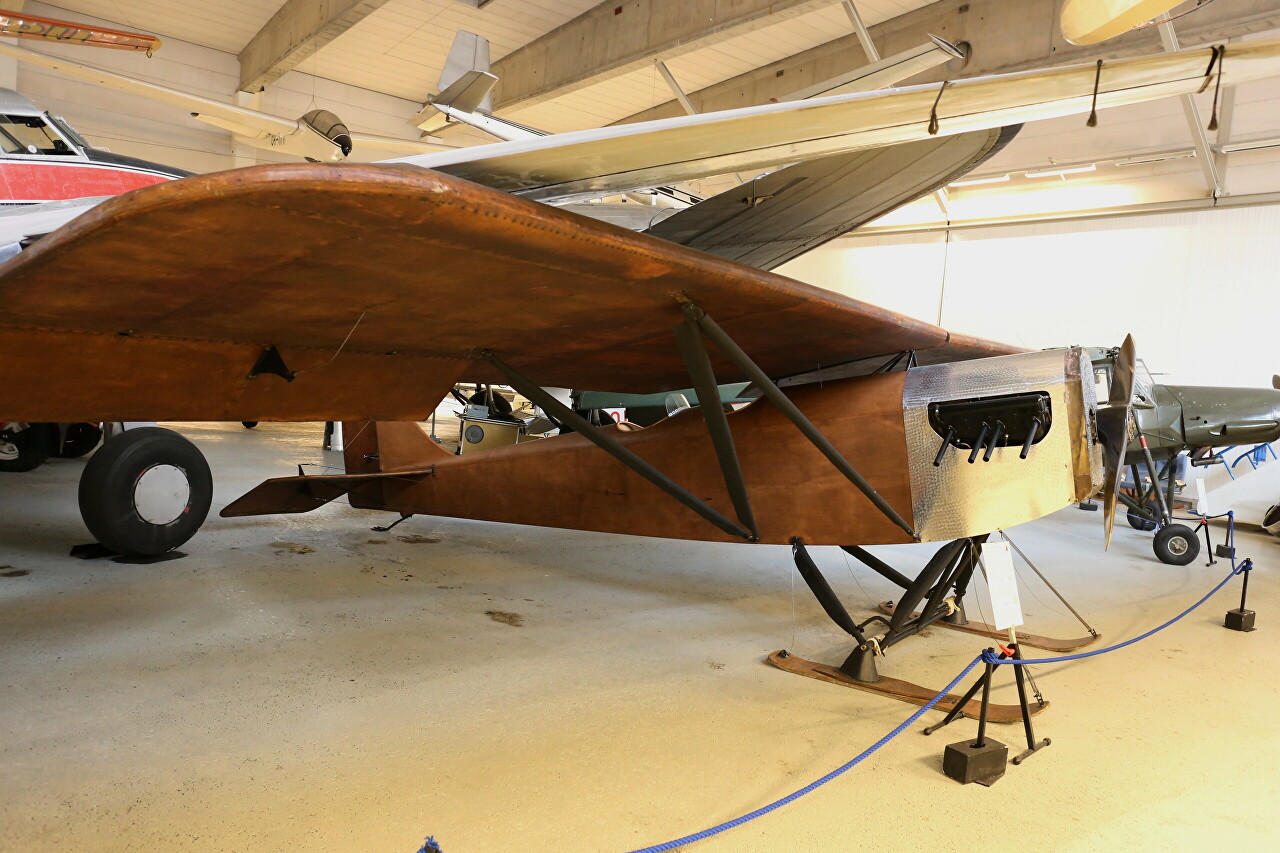 The design was classic, thick plywood was used for the fuselage and wings, the airplane turned out to be strong, but very massive. The device was named after the names of the designers and in 1926 made several flights of varying degrees of success. The main problem was a strong vibration of the engine, as a result of which the radiator began to leak in one of the flights, the car was seriously damaged during an emergency landing and did not fly anymore. The efforts of the enthusiasts did not go unnoticed - they received an offer from the Air Force to join the service as aviation engineers. 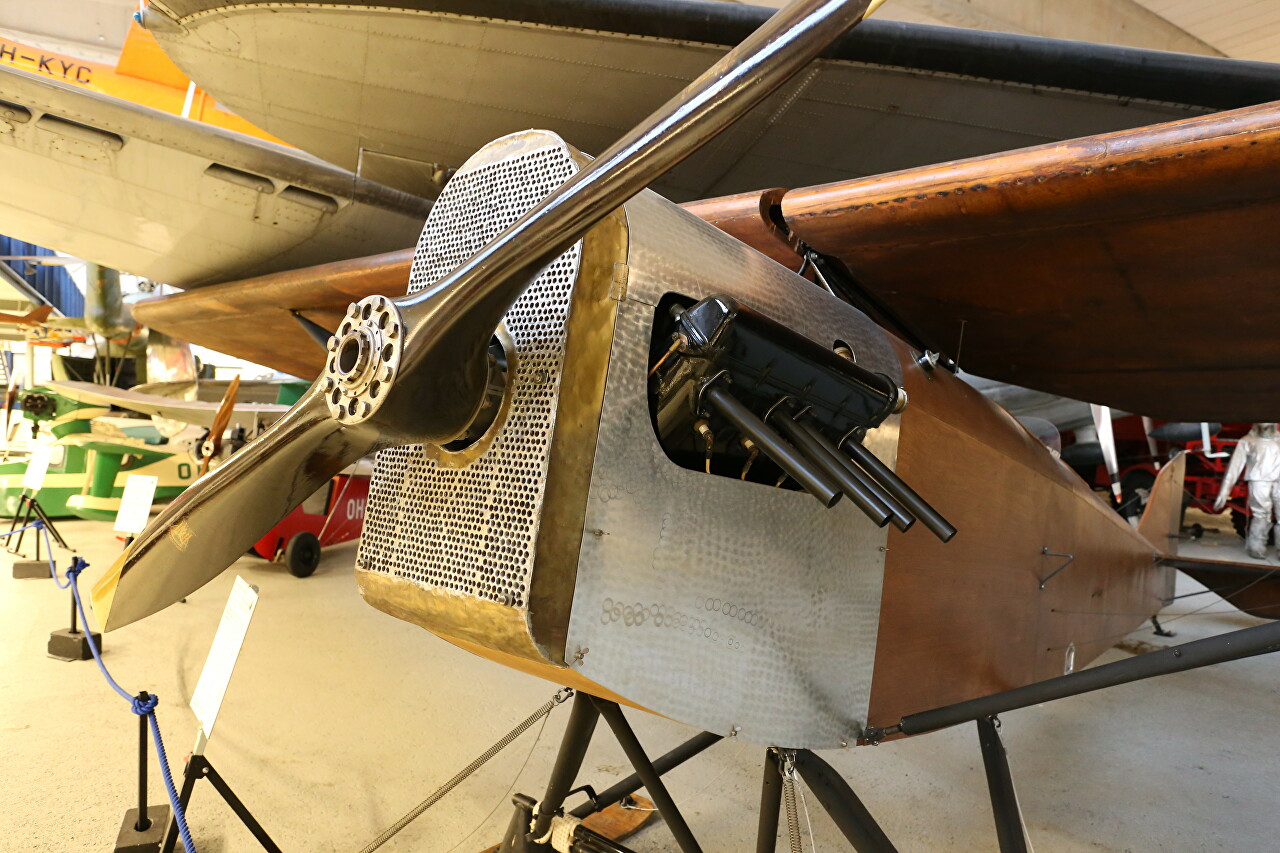 The Pou-du-ciel aviette (in French, Sky flea) was created by the French inventor Henri Mignet, who dreamed of flying, but did not have the opportunity to enter flight school, so he took up the construction of his own aircraft. In his workshop on the north-eastern outskirts of Paris in 1931-1933, he created several airplanes that did not perform too well in the air. The first successful design was the HM-14, which made the first ascent to the sky on September 10, 1933. The designer sought to make the aircraft as simple as possible. The aircraft was built according to the "tandem" scheme of wood and fabric, had a front wing with a variable angle of attack with a span of 5.5 meters, and a rear, rigidly fixed four-meter wing. The control was carried out only on two axes: by pitch (by changing the angle of attack of the front wing), and by course (by the rudder). The propeller was driven by a motorcycle engine. Having presented the plane to the general public in 1938 under the name "Flea", Mignet argued that anyone who is able to put together a parcel box can build an airplane, and it is no more difficult to control it than a car. His work found a massive response in the hearts of aviation enthusiasts, enthusiasts in Europe and the United States began to build their own aircraft according to the Minier project. The average cost of materials for construction at that time was about $ 350. At least 500 "Fleas"were manufactured in France alone. To simplify the task, Minier set up the production of assembly sets of "Fleas" at a price of $ 500 at one of the furniture factories, and the account of the built copies went to thousands. However, many planes crashed, while sometimes pilots died who failed to bring the cars out of the dive. The Royal Aviation Institute in the UK and the French Aviation Ministry conducted aerodynamic tests of the aircraft, and issued recommendations for changing the profile of the wings and the distance between them, which significantly improved flight performance and flight safety. The idea of Mignet lives to this day - enthusiasts continue to build their own aircraft, taking as a basis the aerodynamic scheme of the "Flea", and the furniture factory turned into an aircraft factory that produces both ready-made aircraft and kits for self-assembly under the Mignet brand. There were several such aircraft in Finland, they were called Taivaankirppu, which also translates as Sky flea. 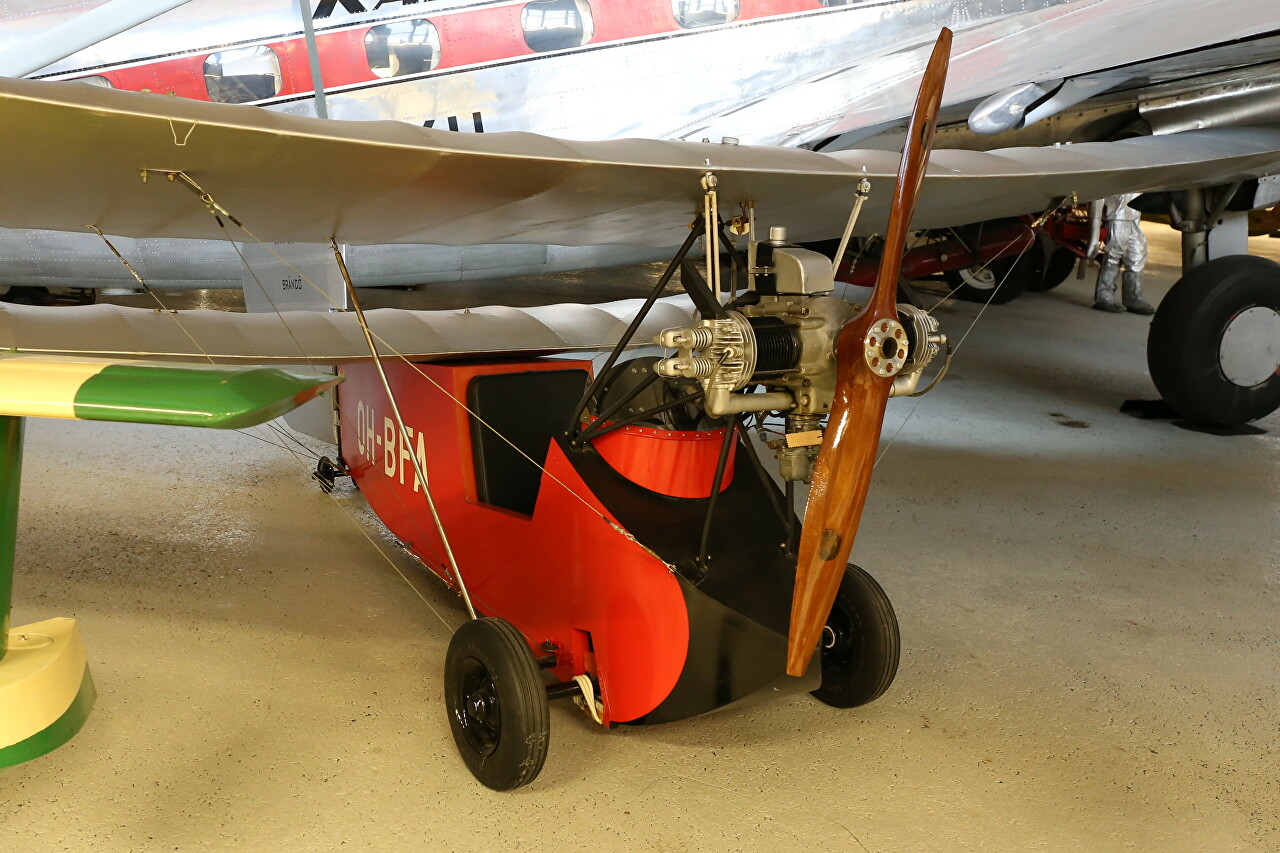