The Finnish air force had 209 aircraft in service Me-BF109, which took part in combat operations against the USSR. In there is a small corner dedicated to Finnish aces in the transition between the hangars. Flying on the "Messerschmitt", they acted very effectively, destroying in air battles 167 Soviet La-5 fighters, 96 Yak-9, 38 LaGG-3 and 64 "aerocobras" of American production, 82 PE-2 bombers and 133 Il-2 ground attack aircraft. Hans Henrik "Hansen" Wind, who has 75 confirmed aerial victories, is considered the most effective Finnish fighter. 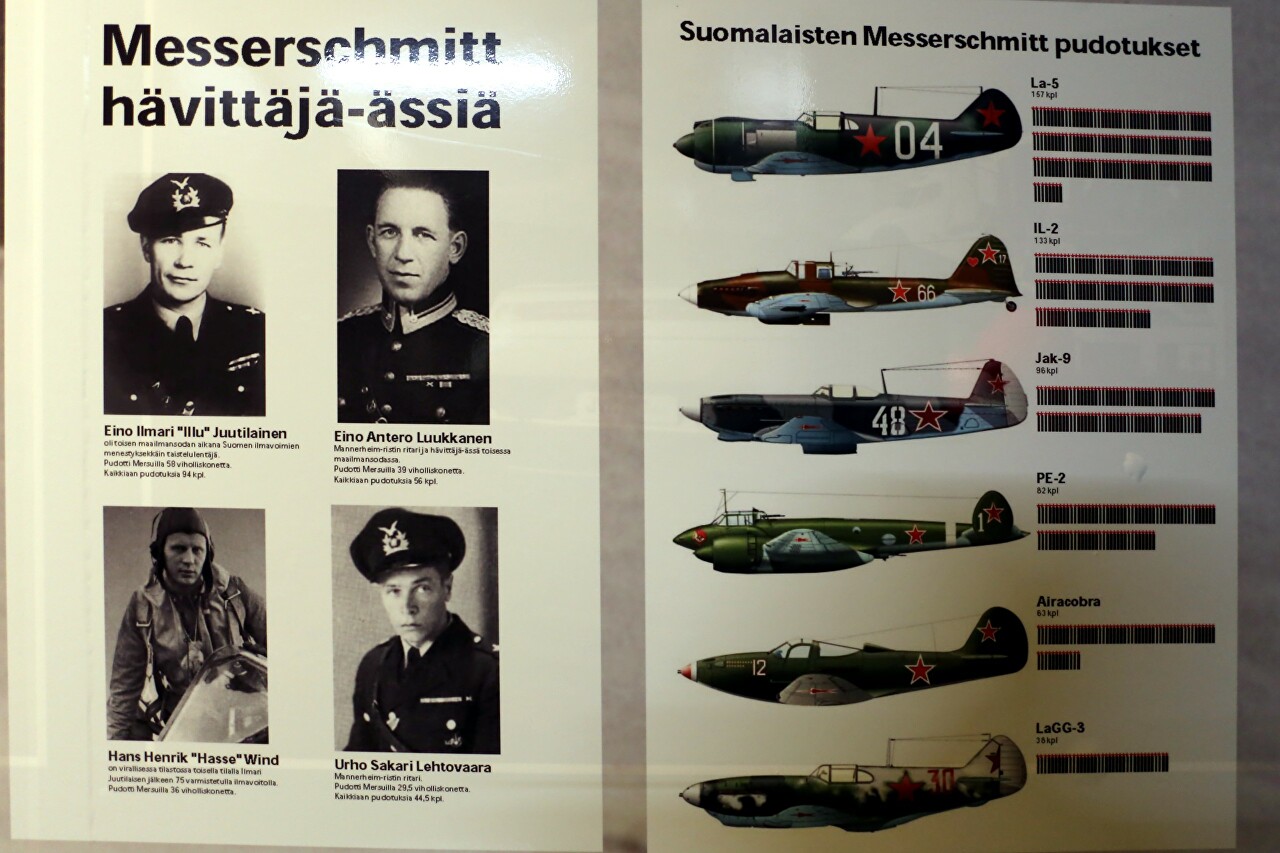 Pilot of the Finnish air force during world war II. Aerial battles often took place over the sea or countless lakes In Finland, therefore, the life jacket was an indispensable attribute equipment. Like the planes, Finnish flight clothing and equipment were German-made. 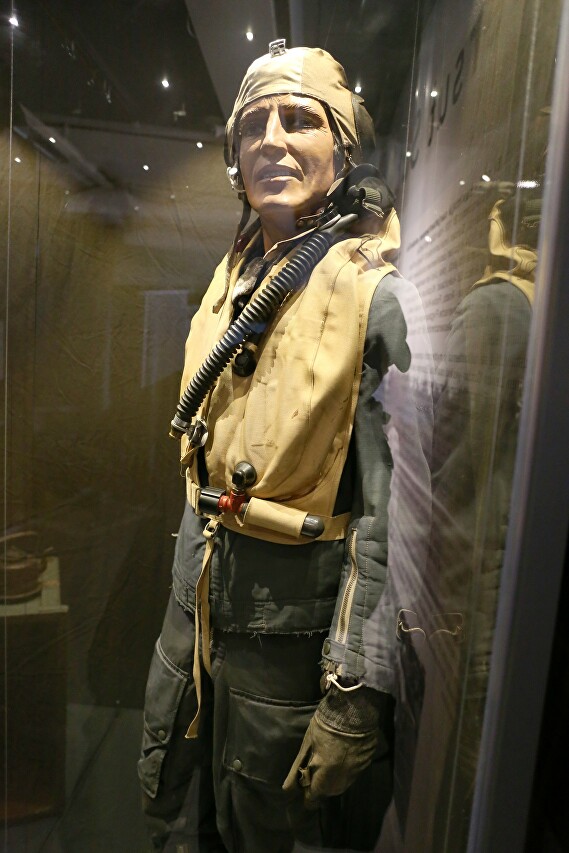 Emergency kit of the Finnish air force of the period of the 2nd world war. As you can see, most of it is not food, but means of survival and movement, relevant in Northern conditions. There is an axe and a saw, aluminum skis with sticks, a tent. 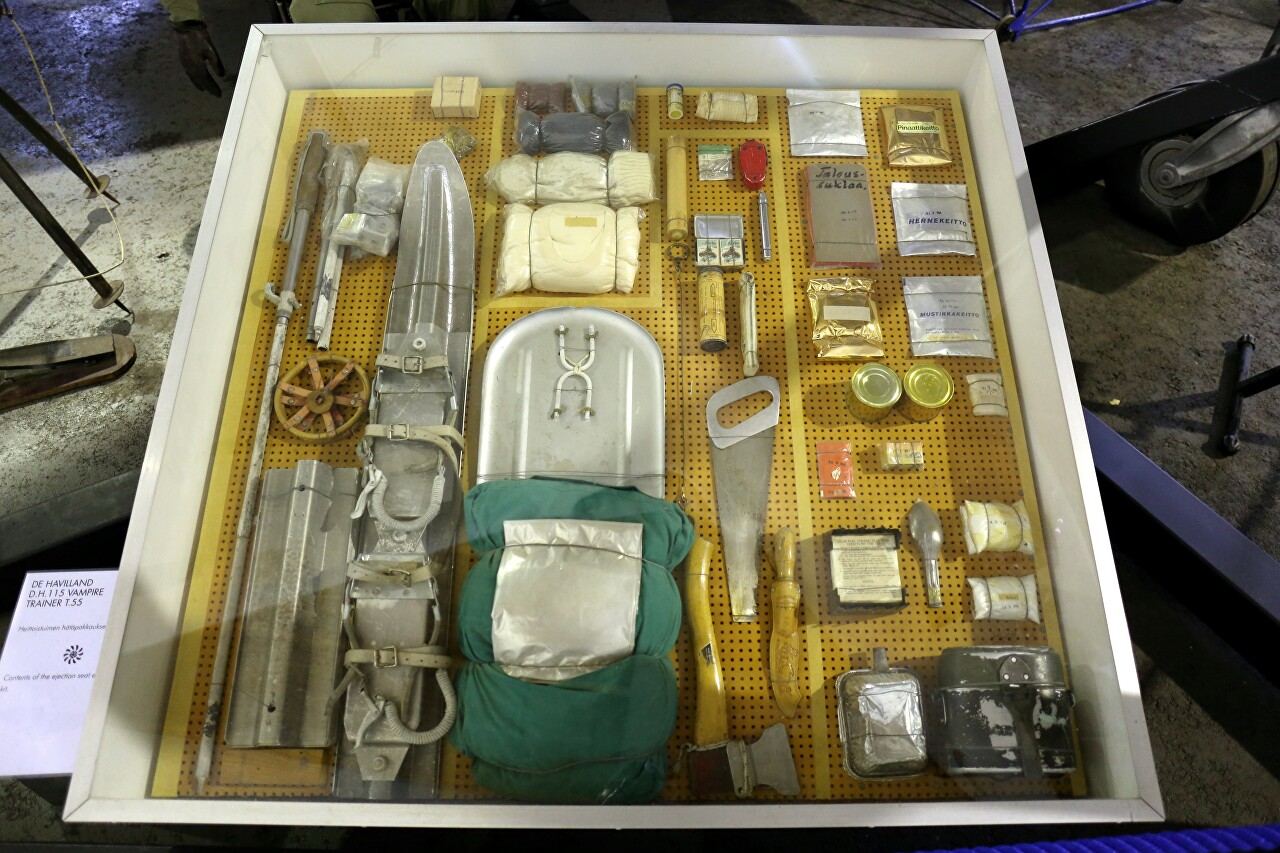