This aircraft is an export modification of the Soviet Sukhoi Su-17 fighter-bomber, which became the world's first aircraft with a variable wing sweep, produced in a large series. Its development began in the early sixties, the designers were tasked with improving the take-off and landing characteristics as well as the electronic equipment of the SU-7 fighter, which had been in service since 1957. The first flight of the prototype, called the Su-7IG (variable geometry), took place on August 2, 1966, after three years of improvements, the aircraft was put into serial production under the name Su-17. The main innovation was a wing with movable consoles, the hydraulic drive allowed to change the sweep from 30 to 63 degrees. With a minimum sweep, the take-off and landing speed was significantly reduced, which facilitated piloting and reduced the requirements for the length and quality of the runway coverage. The aircraft received a new radar and communications equipment, an automatic control system that allowed it to fly at an ultra-low altitude, skirting the terrain, as well as an ejection seat that saved the pilot in an accident on takeoff and landing. 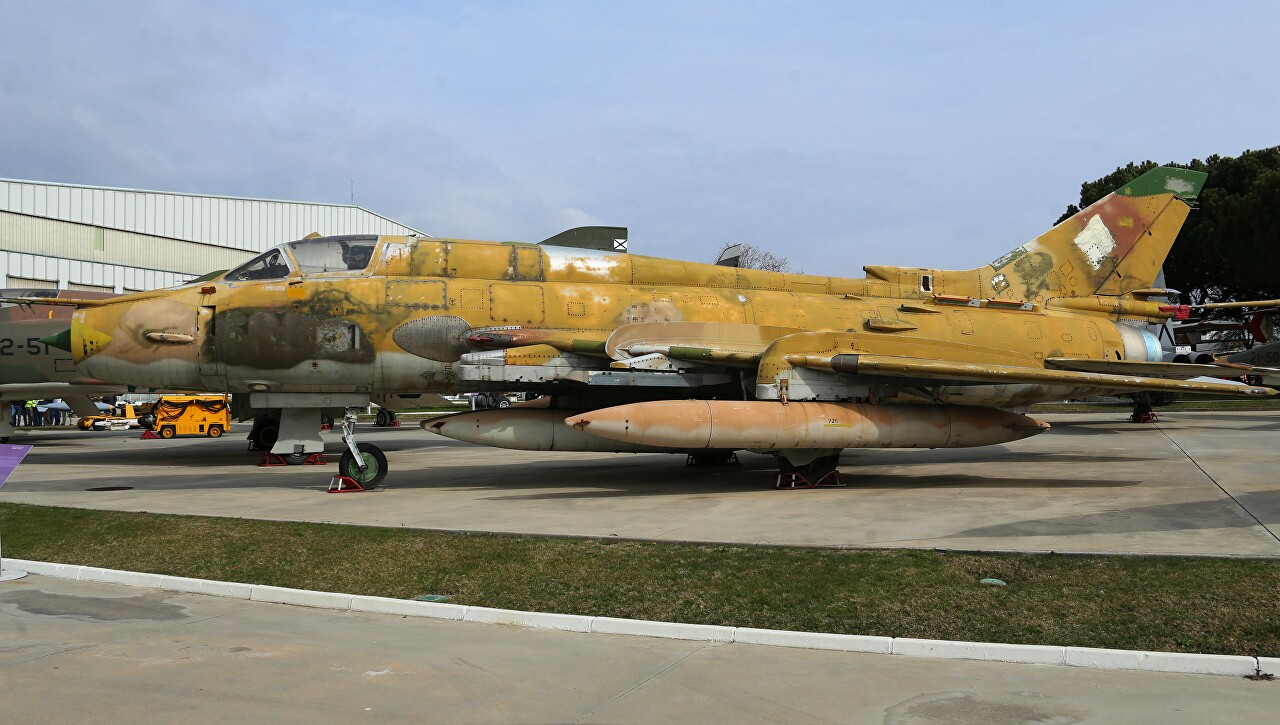 If the Su-7 was a fighter, then the Su-17 has already become a multi-purpose aircraft, allowing strikes on ground targets. Up to 4,000 kg of bombs, guided and unguided missiles, containers with electronic warfare and reconnaissance equipment could be suspended on the underwing pylons and under the fuselage. 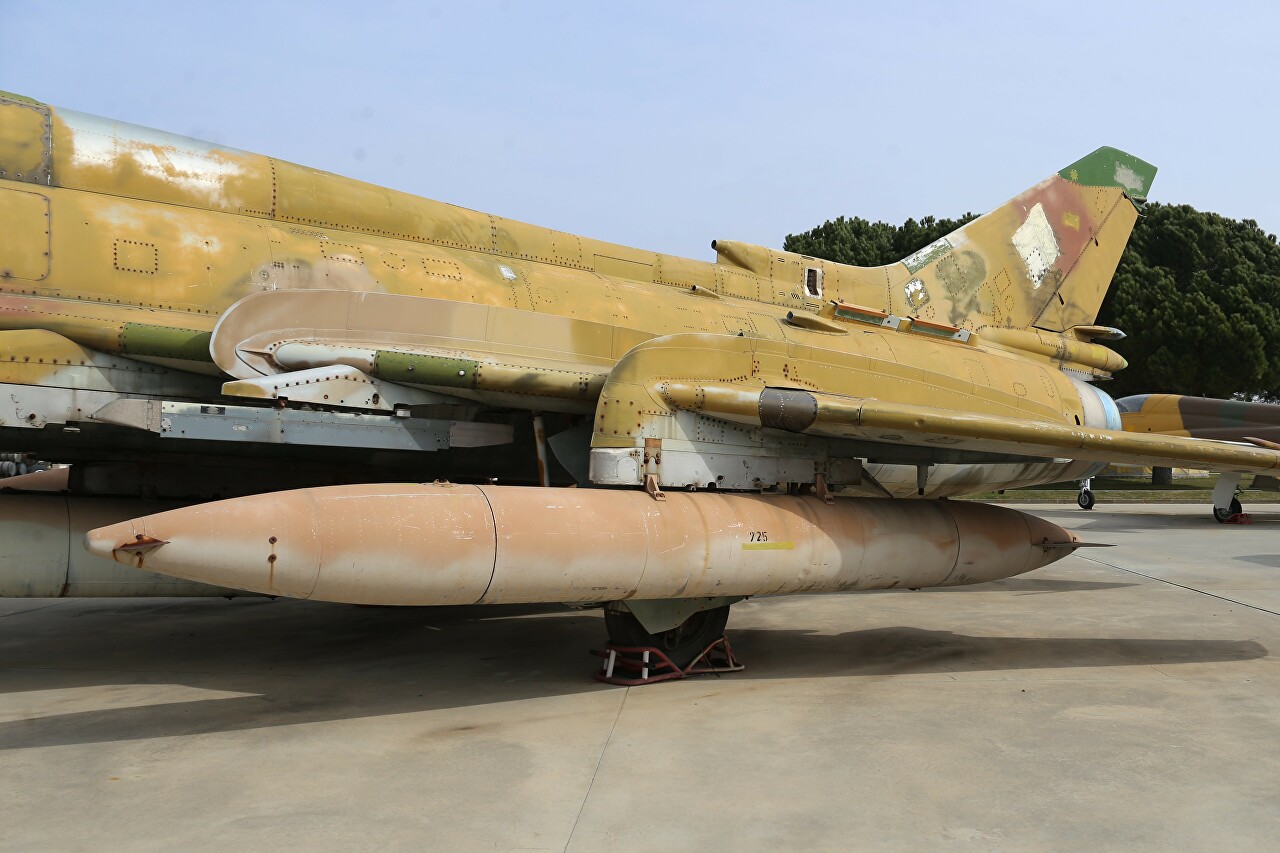 The aircraft was the first carrier of tactical nuclear weapons in the USSR. The ventral suspension for a nuclear bomb was equipped with a special lock, to unlock which a special communication signal had to be received, and the pilot had to enter a digital code on a special remote control, which excluded accidental reset. 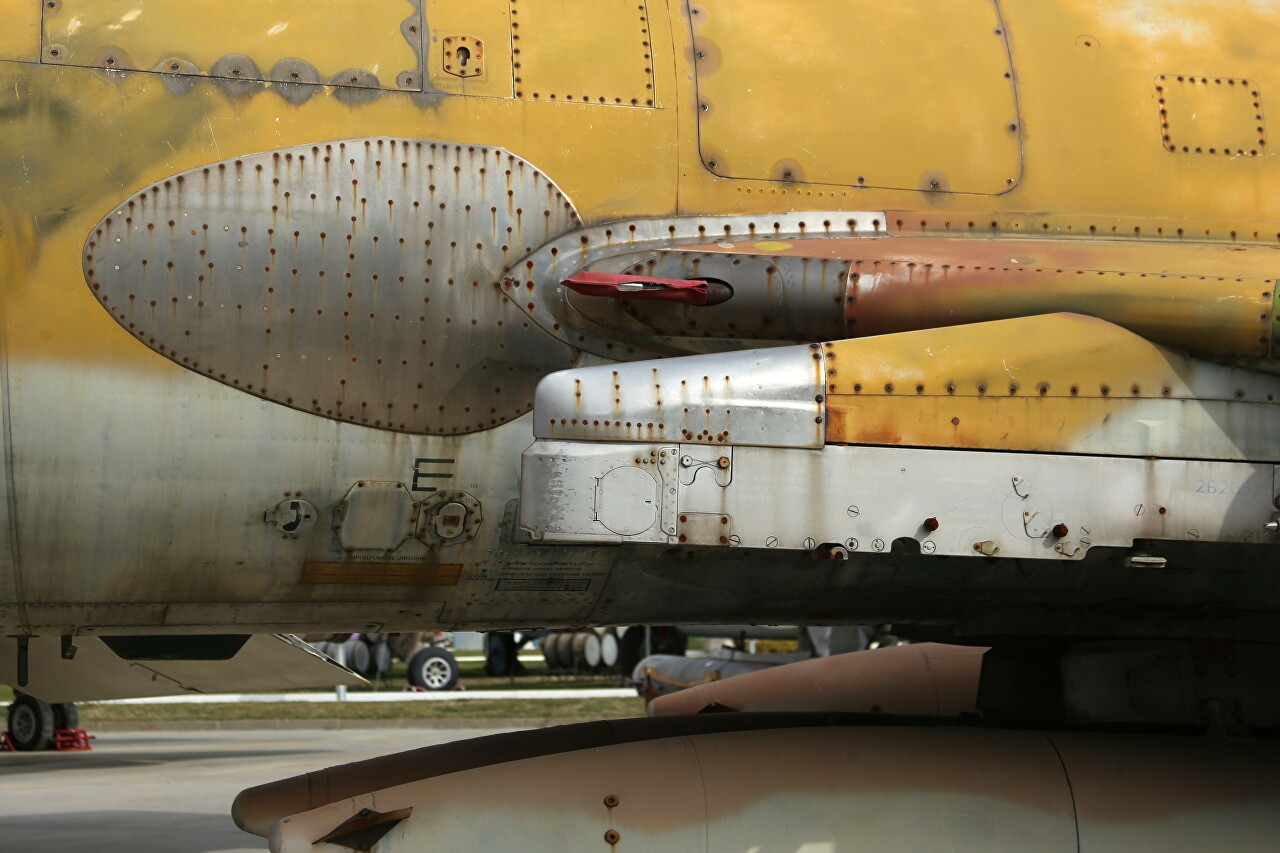 In 1972, a modification with simpler electronic equipment was developed for export, called the Su-20, in 1977 it was upgraded and received the designation Su-22. These aircraft were delivered to 11 countries, in addition to the Warsaw Pact countries, they were in service in Iraq, Libya, Syria, Vietnam, Afghanistan, Angola, Yemen, Peru. The Su-22 took part in many wars and armed conflicts in Lebanon, Afghanistan, the Iran-Iraq War, Yemen, and Angola. The Syrian Air Force is still using them to fight rebels and terrorist groups. 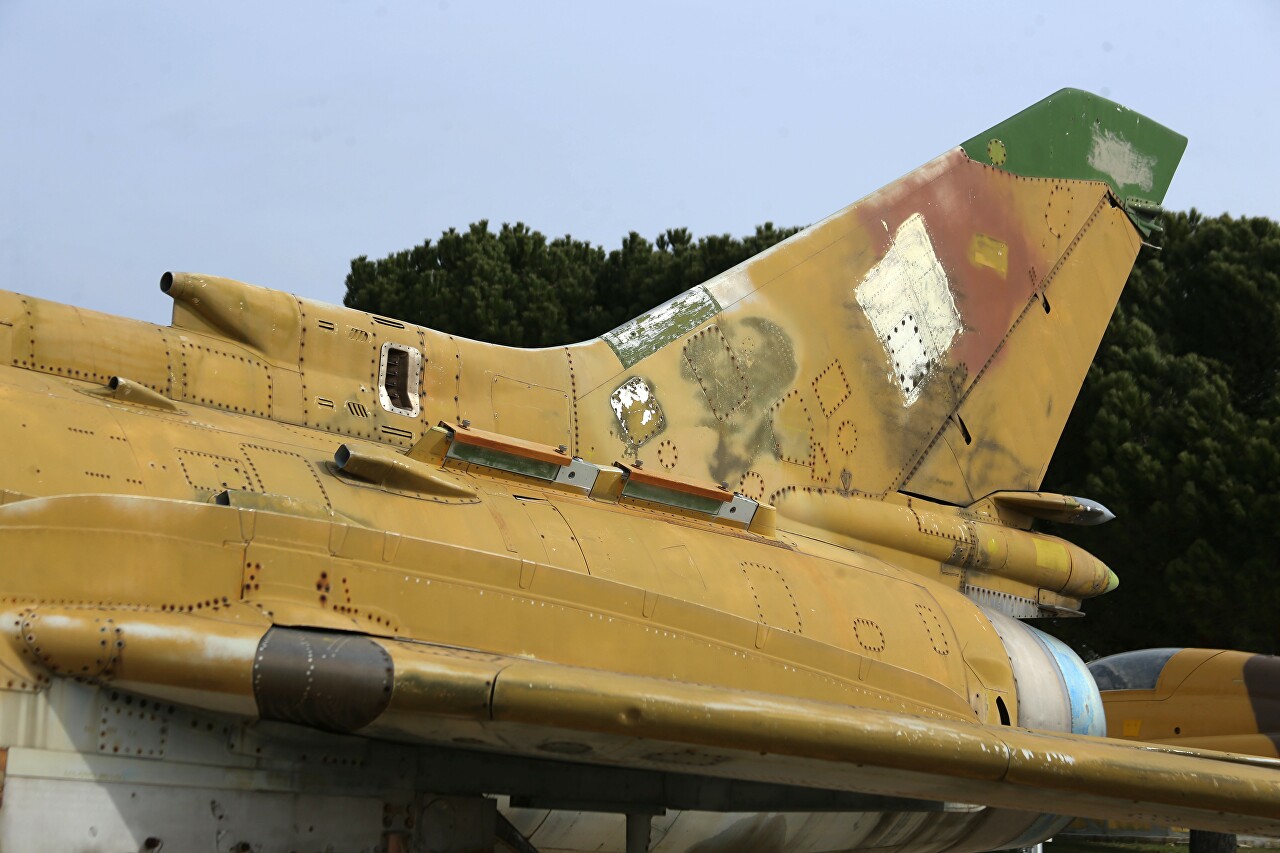 Some confusion is caused by a very long rod of one of the air pressure receivers, equipped with many small wings located in different planes. The explanation is simple - the rod performs the function of the antenna of the radio system of short-range navigation and landing "Iskra-K". 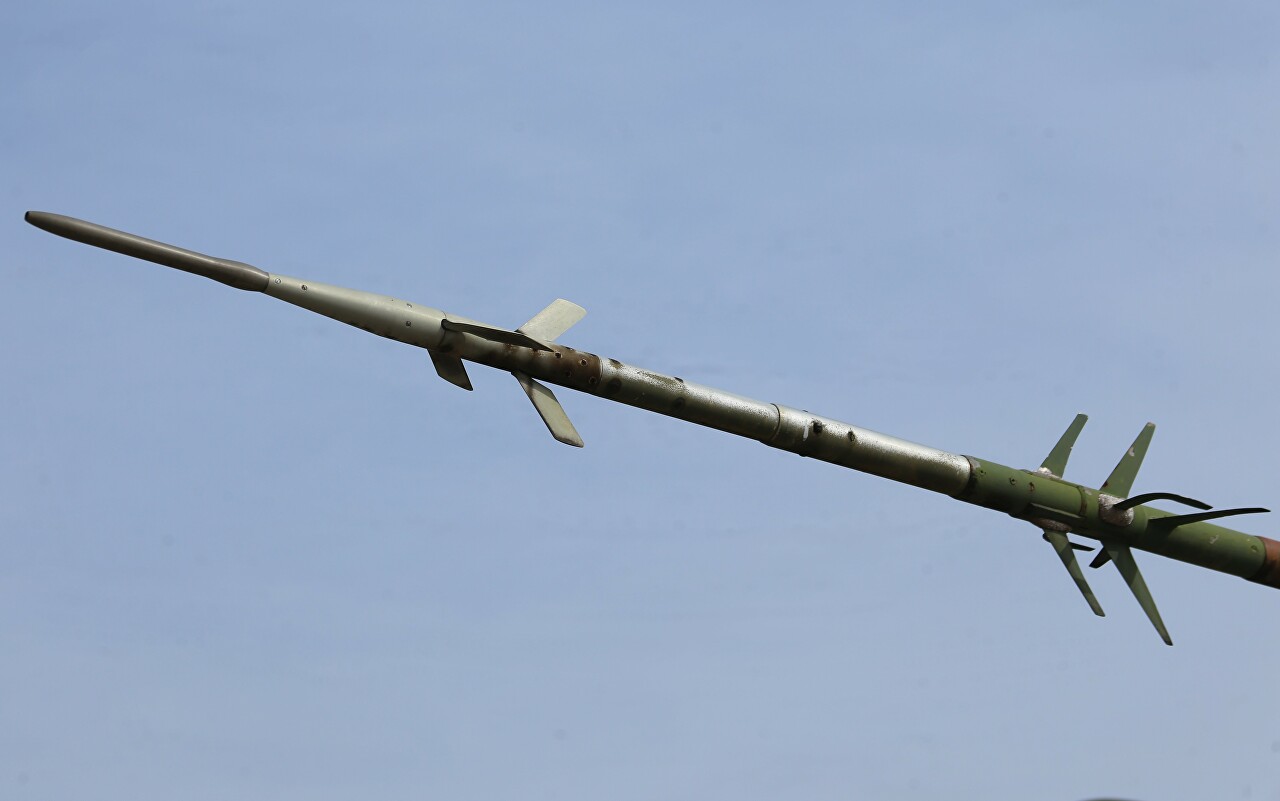