In November 1955, the Polish Ministry of Transport issued technical specifications to the Institute of Aviation for the design of an aircraft for short and medium-sized airlines with a capacity of 14 passengers. Designers Franciszek Misztal and Leszek Dulęba (Franciszek Misztal, Leszek Dulęba) by May next year presented a preliminary design of the MD-12/2s aircraft with two Ash-21 engines produced in the USSR and its model was shown at the May Day demonstration. 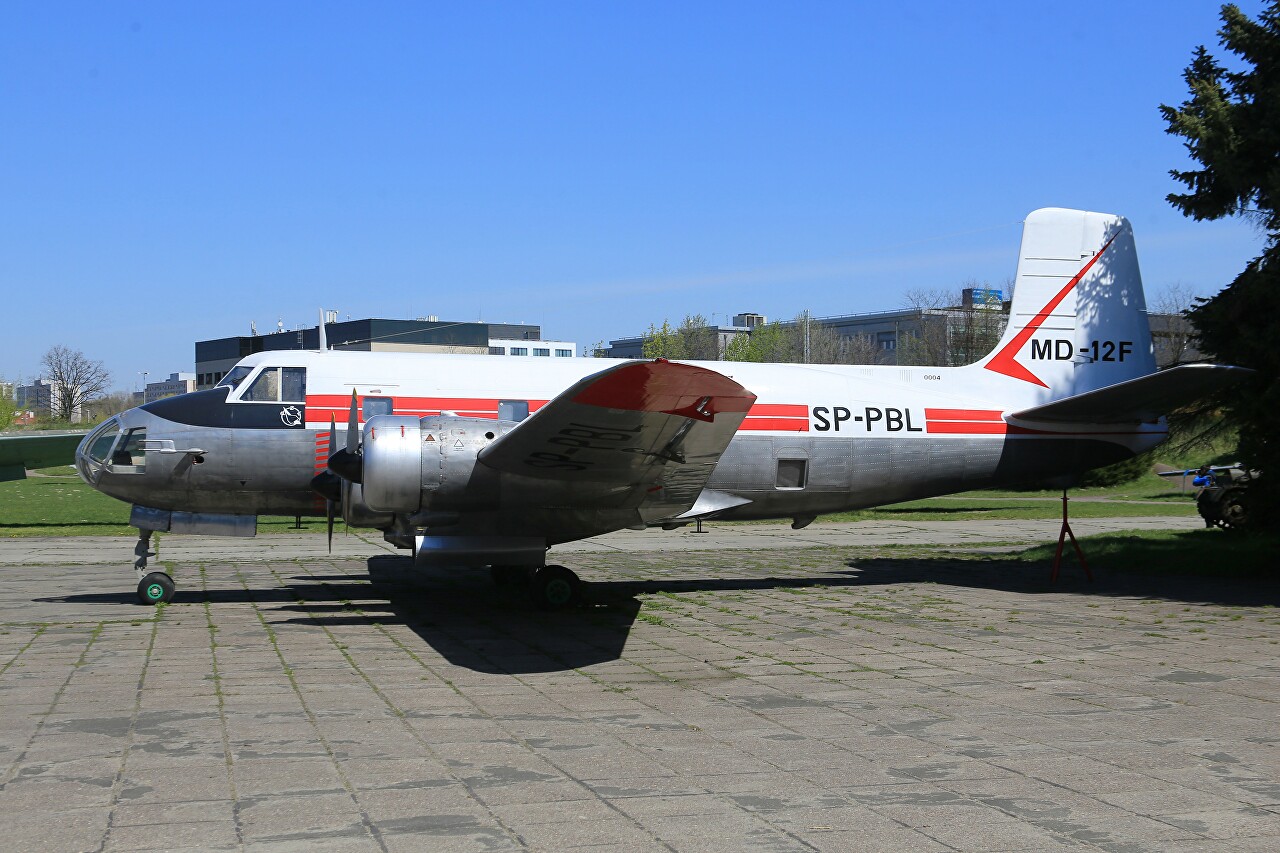 However, due to the cessation of production of Ash-21 engines, the project had to be converted to Polish-made WN-3 engines developed by Viktor Narkiewicz. The power of the Soviet engines was 615 hp, and the WN-3 had only 320 hp, so they decided to make the plane four-engine, increasing its capacity to 22 passengers. This project was designated MD-12/4s-bis. By that time, the design office had moved to the WSK-Okęcie aviation Center, where the first prototype was built, which took off on July 21, 1959. 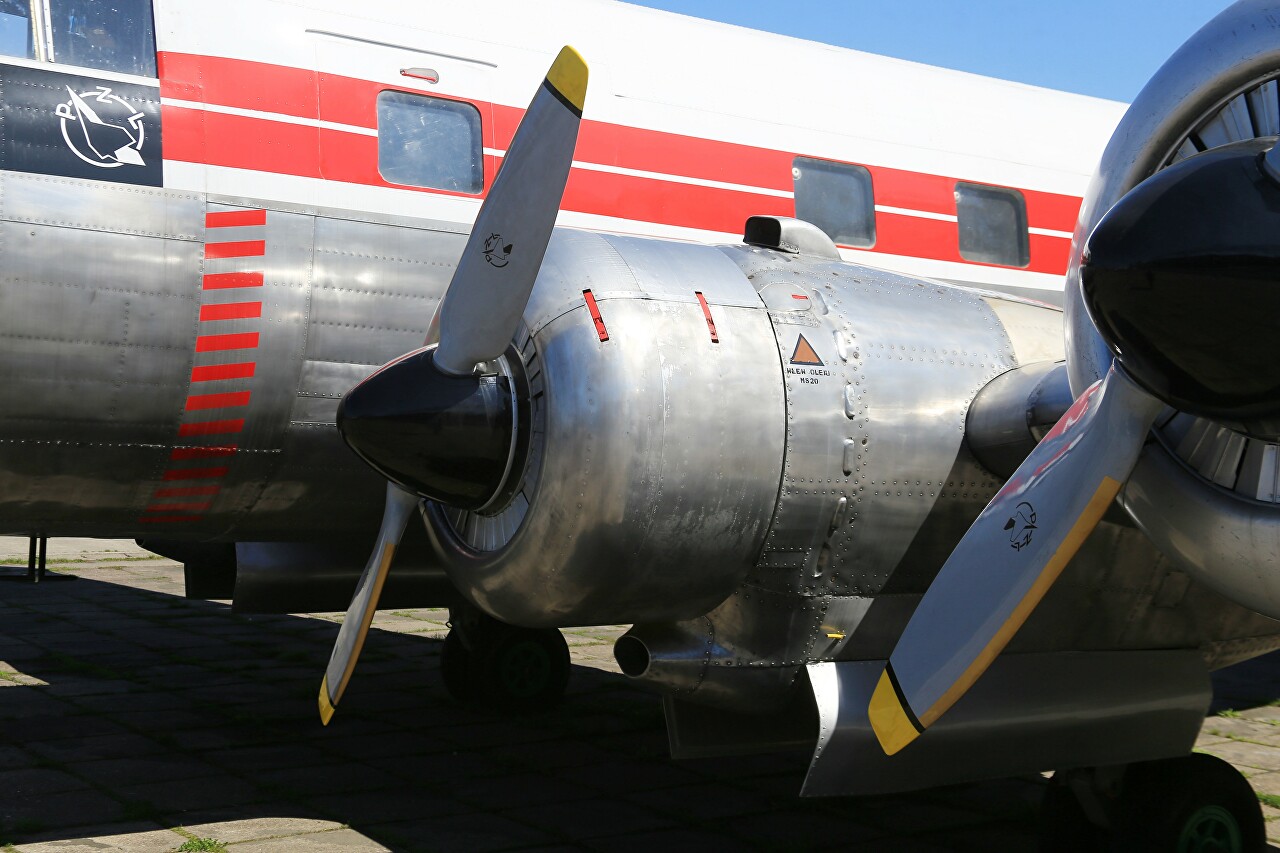 The test program officially ended on September 29, during which time 15 flights were made with a total time of more than 10 hours. The aircraft continued pilot flights without passengers, as a result of which some design changes were made. The main disadvantage was considered to be the occurrence of dangerous vibrations (flutter) in some flight modes, and on September 17, 1963, they manifested themselves with disastrous consequences. After losing its stabilizer, the plane went into a flat spin and crashed, killing two pilots and three research engineers. Based on the results of the investigation of the disaster and on the basis of data obtained in such a tragic way, measurements were made in the design of subsequent MD-12 copies, which increased their safety. 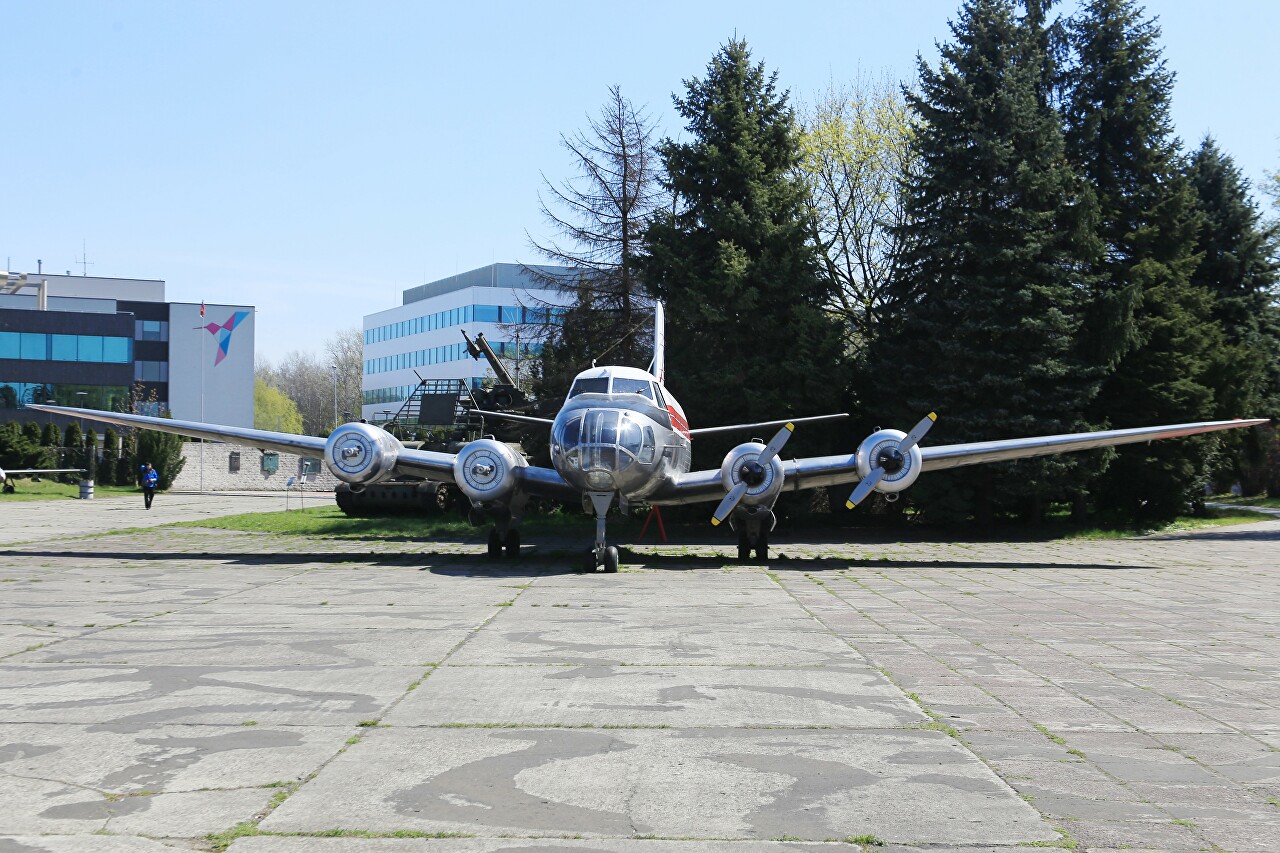 The second copy was designated MD-12P and made its first flight on January 7, 1961. Tests continued until the end of the summer, the aircraft showed good handling. The test program also included takeoff, flight and landing with two engines turned off, which were successful. On August 16, a decision was made to allow the aircraft to carry passengers and cargo, after which it was transferred to the national airline PLL LOT. From August 28 to September 30, MD-12P performed 120 flights on the Warsaw-Rzeszow-Warsaw route, during which 1,730 passengers were transported. 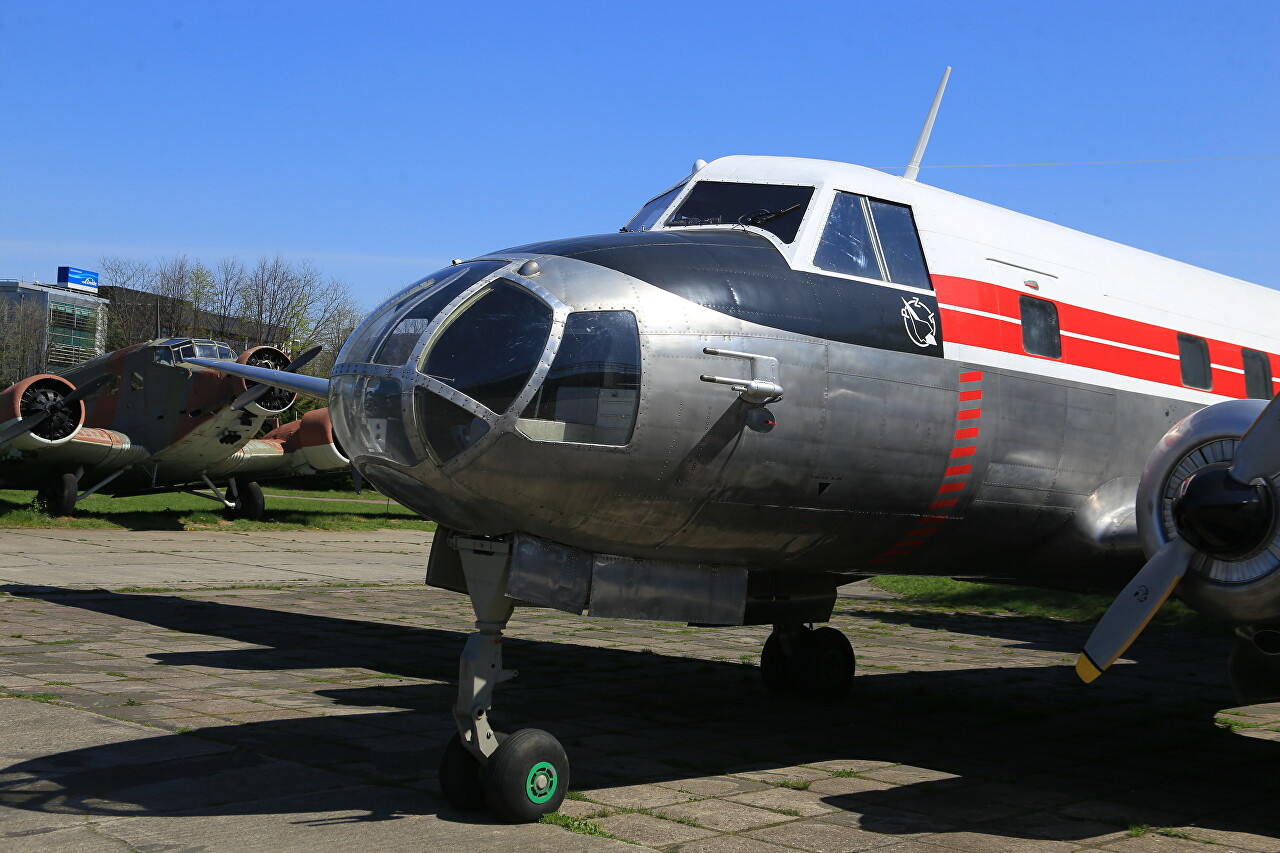 The airline noted the positive qualities of the MD-12P: short take-off and landing, good climb speed and the ability to operate on grass-covered airfields. In addition, the aircraft was characterized by low fuel consumption, which meant less than half the cost of operating the Li-2 and Il-14 aircraft, and four engines provided greater flight safety. The possibility of rapid dismantling of seats for using the aircraft for cargo transportation was also positively evaluated. 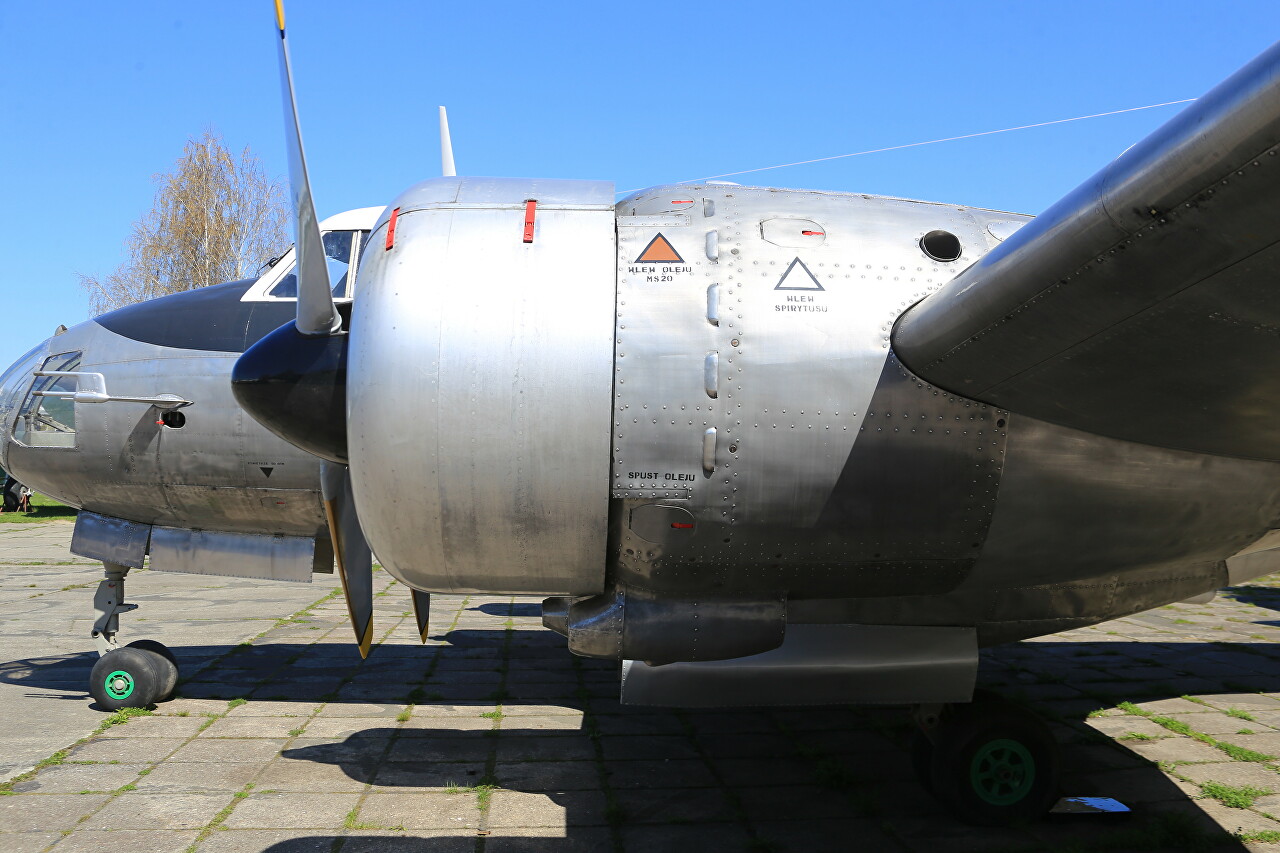 Mechanics noted the convenience of servicing engines located low above the ground. However, the airline did not show any interest in mass use of the MD-12, as it did not have a sealed cabin, the noise level in the cabin was very high, and the flight range was significantly less than that of other airline aircraft. In addition, PLL LOT considered it inappropriate to use aircraft with a capacity of less than 40 passengers. The single copy was used only sparsely until 1967, mainly for charter flights. 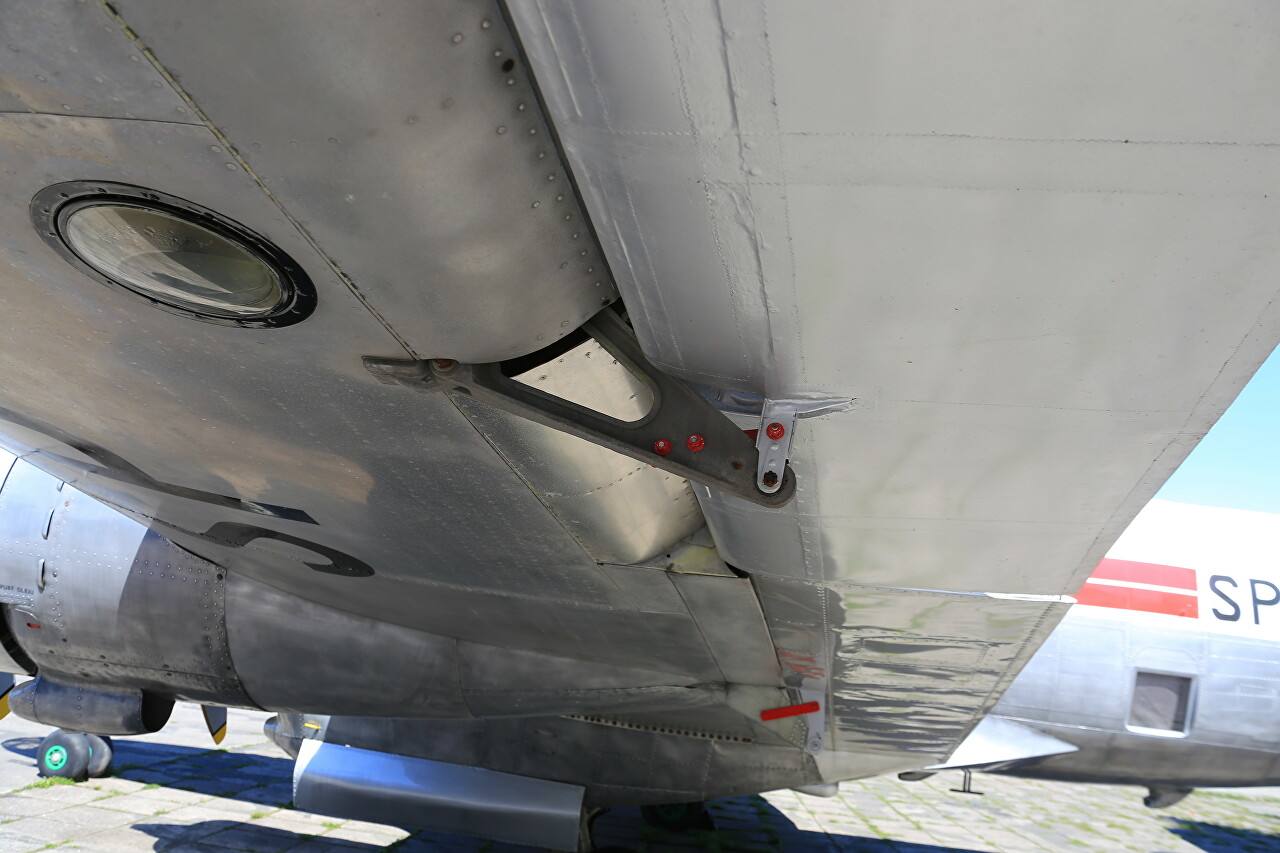 The third copy of the aircraft was built for a specific application, namely to replace aerial photography aircraft, which in the countries of the socialist camp were used fairly outdated Li-2. This modification was called MD-12F, the design was carried out under the direction of Martin Fortuński (Martin Fortuński). 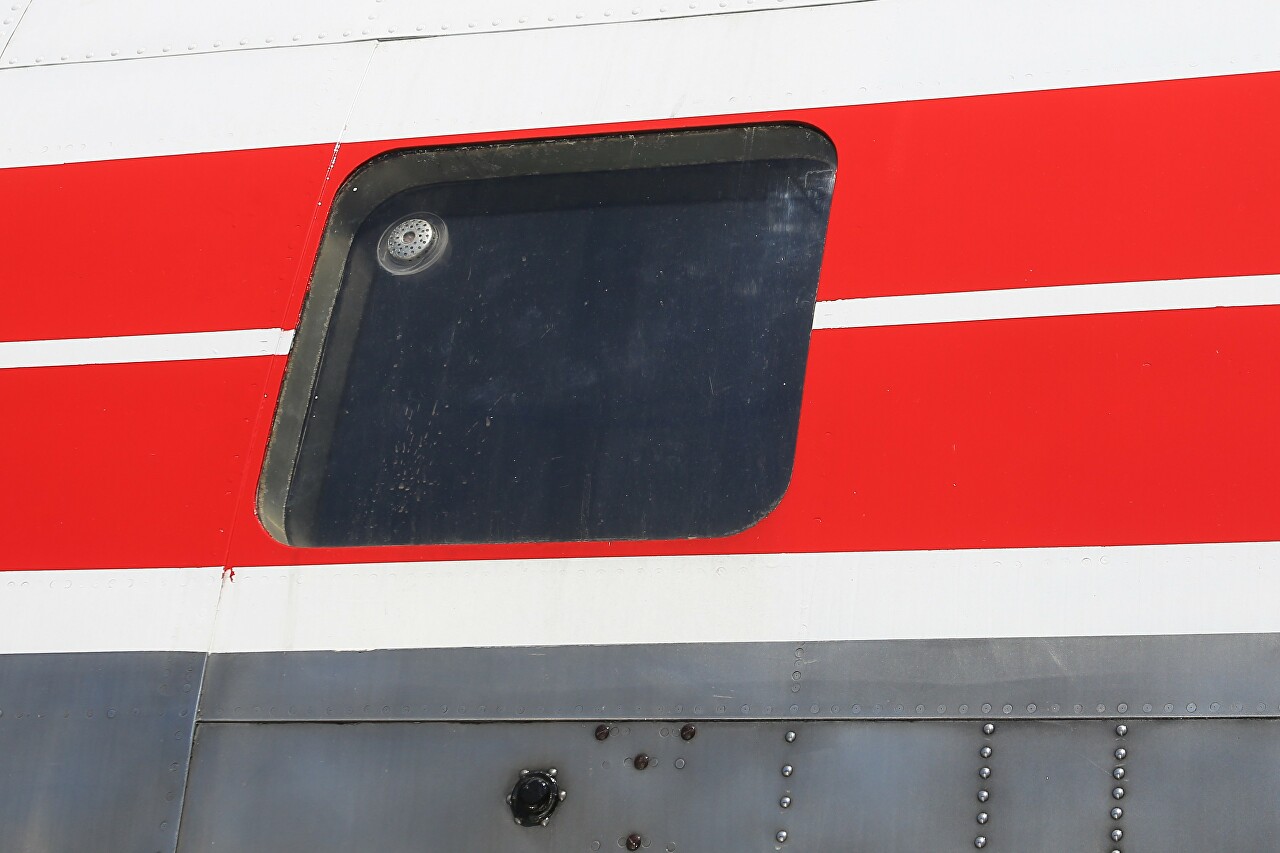 The original design underwent major changes: the wingspan was increased, the fuel tank capacity was increased to 1,160 liters, which increased the flight time to 10 hours, the chassis received larger diameter wheels and hydraulic brakes. The plane received an autopilot and modern navigation and communication equipment, and therefore the co-pilot was abandoned. The glazing area of the pilot's cabin was increased, the nose was completely glazed, and the navigator and equipment were placed in it, which made it possible to accurately maintain the direction of flight. Oxygen equipment was installed for flights at high altitudes. 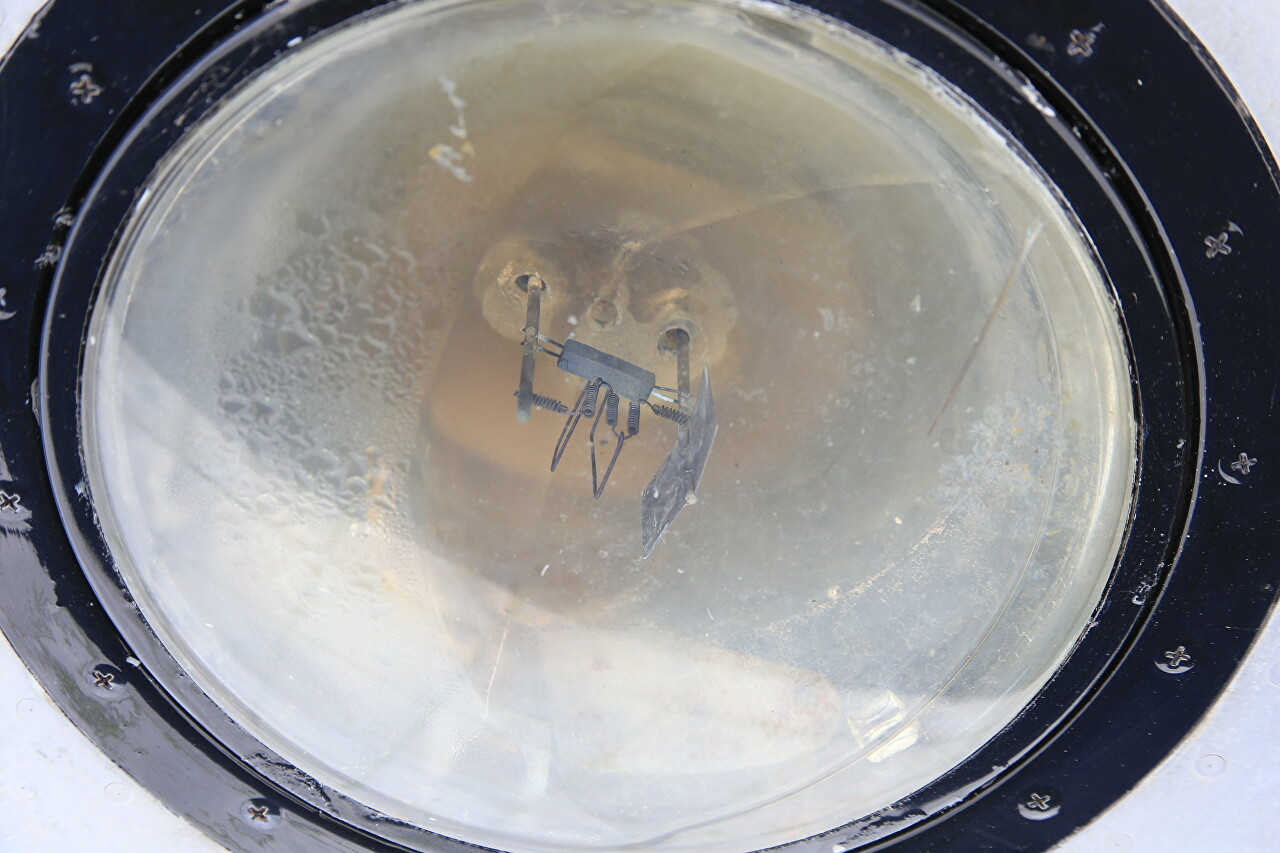 The aerial photography equipment included four cameras, two for vertical and two for oblique shooting. To quickly obtain the results, a film development laboratory was installed. The crew consisted of 5 people: the pilot, navigator, radio operator, and two cameramen. The designers provided for the rapid dismantling of the photo booth, which turned the aircraft into a transport one. The first flight took place on July 21, 1962, on August 18 it was transferred to trial operation, making advertising flights in Hungary and Romania, in October 1962 it made demonstration flights as part of theConferences of photometrists of the countries of the Council for Mutual Economic Assistance. 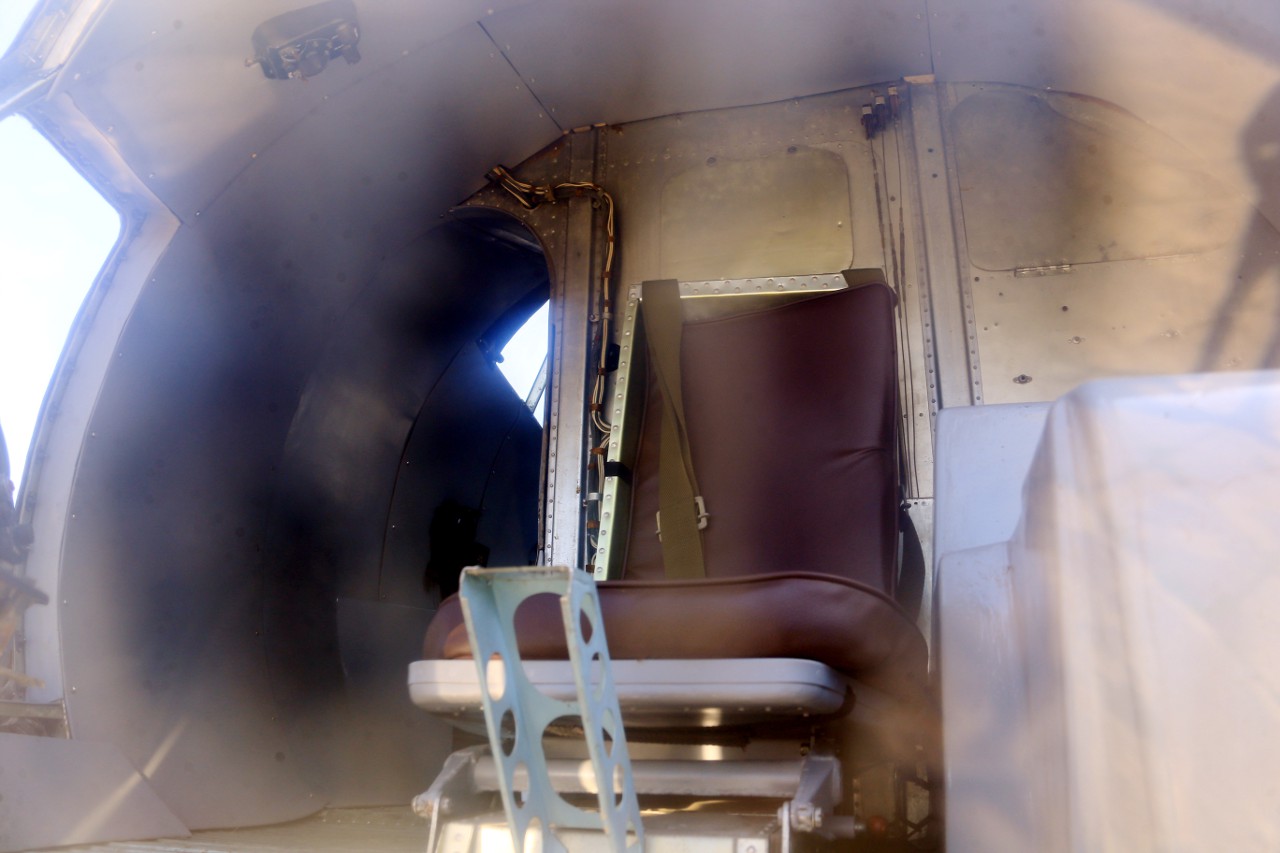 Representatives of the USSR and Pakistan showed interest in the aircraft, but there were no orders for it. One of the reasons was the monopoly position of the Soviet aviation industry in the socialist countries and developing countries of socialist orientation. Technical reasons also played a significant role - the archaic four-engine scheme, the propeller group had low efficiency due to the lack of adjustment of the pitch of the screws, and the lack of a gearbox did not allow the use of less noisy large-diameter screws. 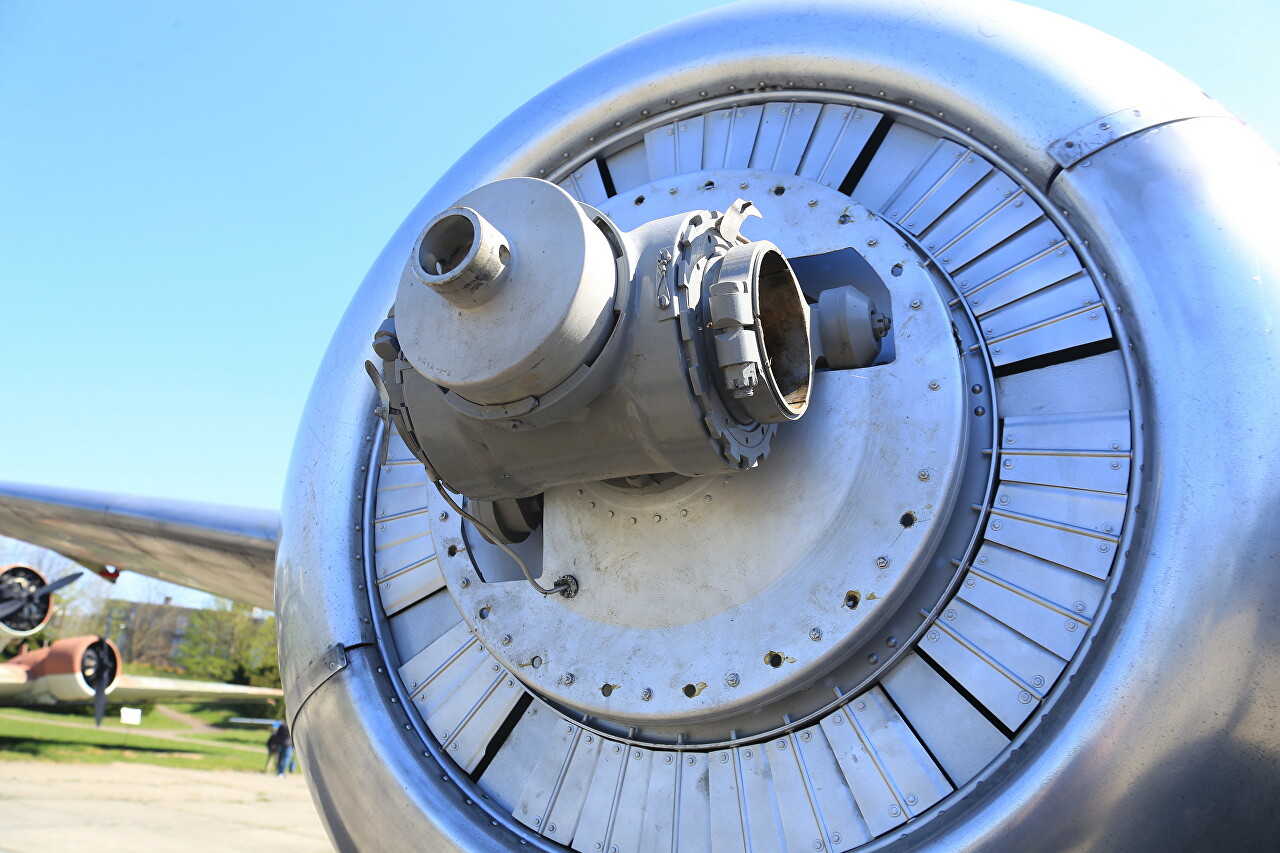 Well, the biggest and biggest cross on mass production was put by the disaster with the first prototype. A single MD-12F was used until 1967, mainly for parades and exhibitions, after which it was placed in the Polish Aviation Museum in Krakow. MD-12 is also notable for the fact that it is the only four-engine aircraft, sharpened in Poland. 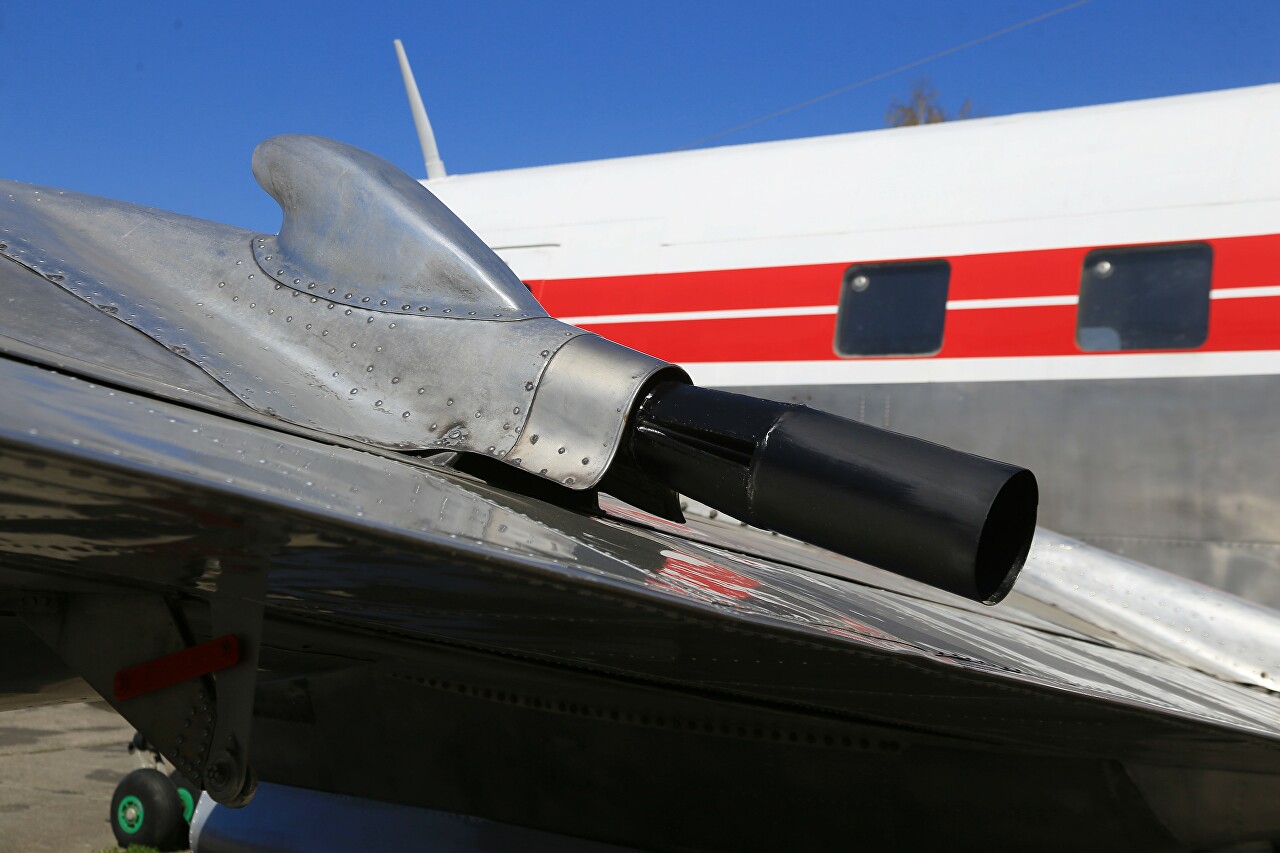 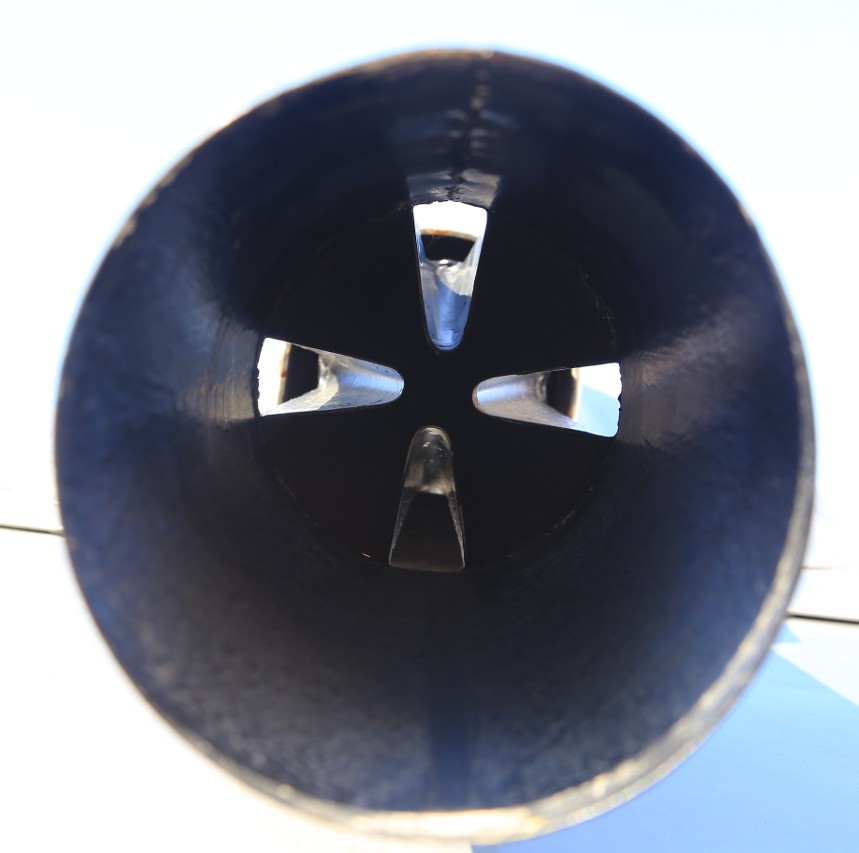