In the spring of 1971, the Soviet Union and Poland signed a technical cooperation agreement, one of the points of which was the development and production of an agricultural aircraft. In the countries of socialism, this role was performed by a truly universal AN-2, but in terms of its size and maneuverability, it was not very suitable for this work. In the West, light aircraft were used to cultivate farmland, and the Soviet leadership wanted something similar. 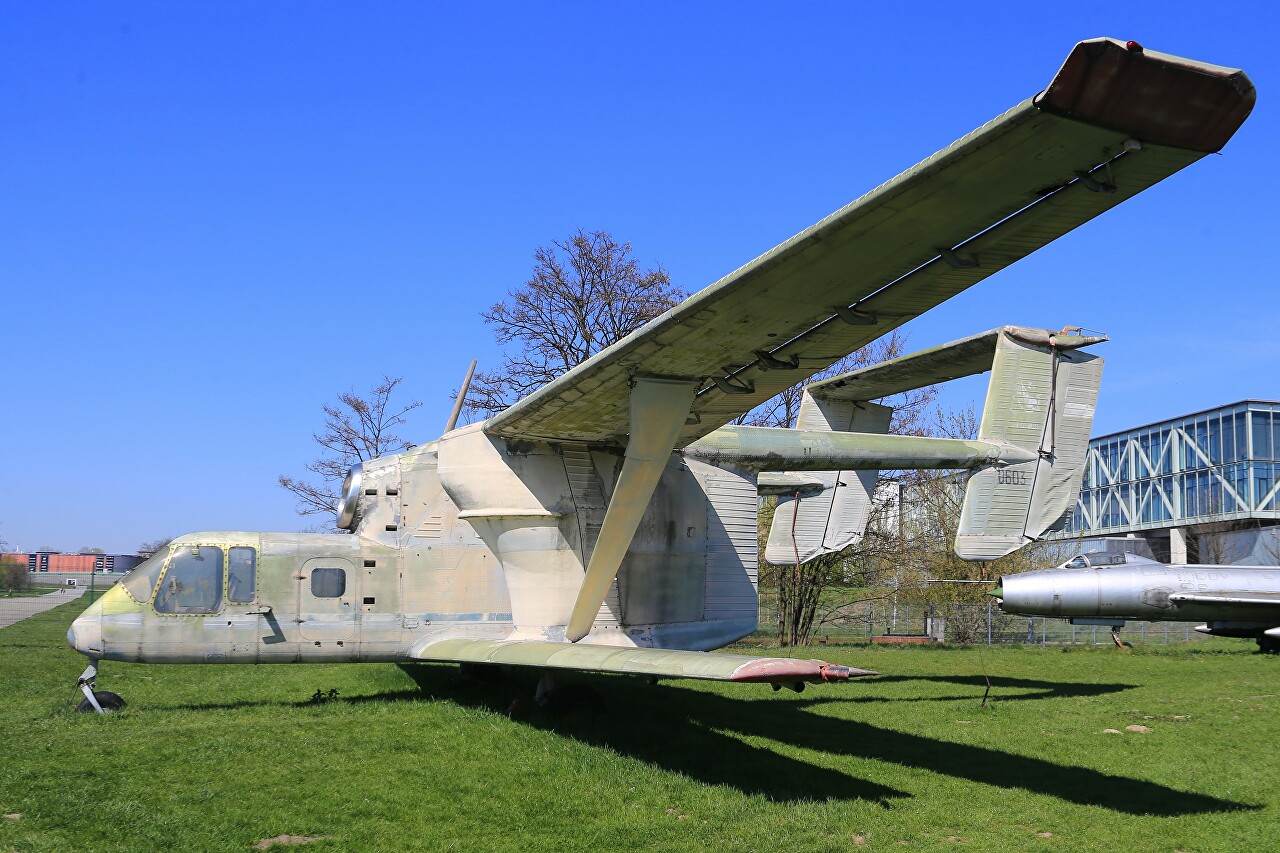 In the late 60s, the designers of PZL Mielec developed the design of the PZL M-14 aircraft with a turboprop engine and offered it to Soviet partners, but they decided to develop the concept of a turbojet aircraft developed by Riamir Imailov from the Antonov design bureau. The project, originally called I-711, was undoubtedly original. The aircraft was designed according to the biplane scheme, the engine was placed under the upper wing, which prevented foreign objects from entering it when taking off from unprepared platforms. 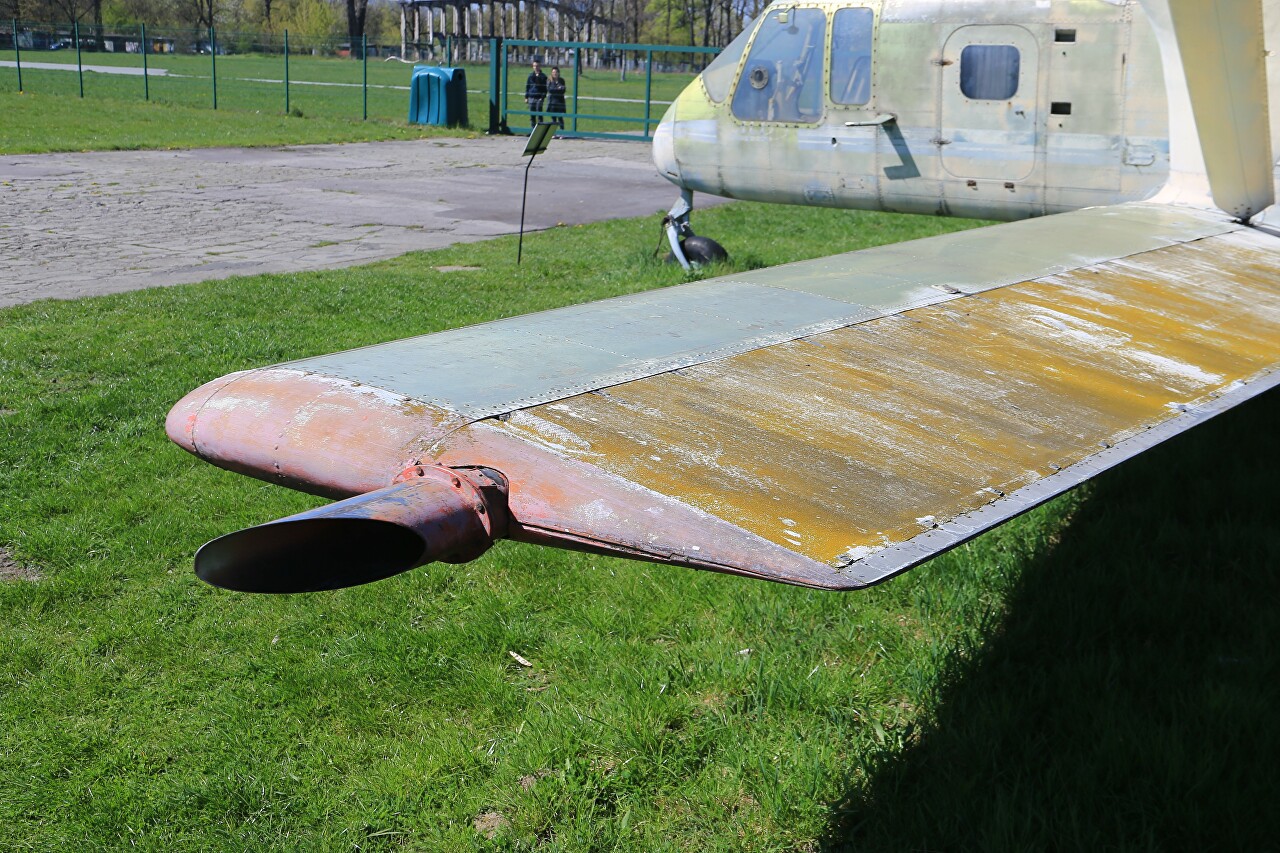 Chemical bins were placed between the upper and lower wings, forming a rigid wing box that did not require braces. The spray nozzles were built into the trailing edges of the lower wing and did not spoil the aerodynamics of the aircraft, compressed air was used for spraying, taken from the turbofan compressor. The three-seat cabin was supercharged, and the overpressure prevented chemicals from entering. The use of a simple and reliable AI-25 engine promised some unification in its service with the YAK-40 passenger aircraft, which was widely used on local lines. 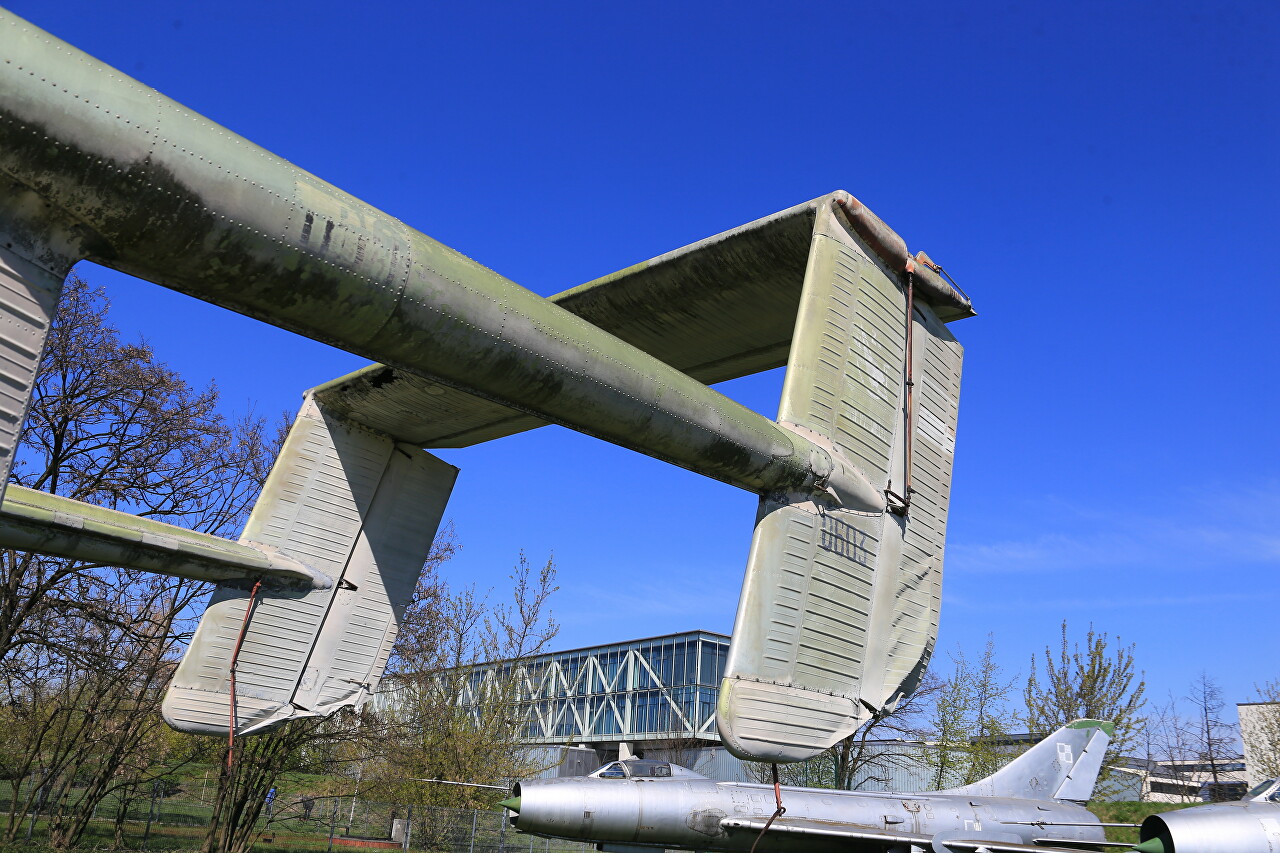 However, Soviet experts were not enthusiastic about this development, in particular noting that the jet engine changed thrust modes much more slowly than the piston engine, which was dangerous with the specifics of agricultural aviation flights. The Ministry of Aviation Industry ignored this criticism, and the fact that an agricultural aircraft with a turbofan engine could show the world community that the USSR was "ahead of the rest of the planet" was also of considerable importance, and in the end the project was accepted for implementation as part of a joint technical cooperation program with Poland. The project was implemented by a team of Polish engineers led by Kazimierz Gocyla. 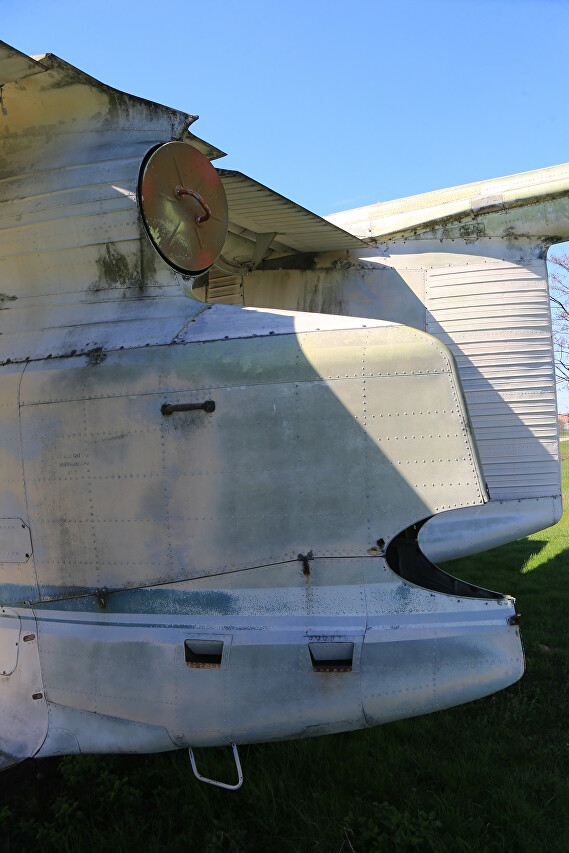 To test the concept, a flying laboratory was built based on the AN-2 with a turbojet engine and a tail section that repeats the configuration of the aircraft under development. In May 1973, test flights began, as a result of which some changes were made to the project. The first prototype took to the air in January 1975, then several more gradually improving prototypes were built. Finally, in 1976, the final design was approved and preparation for mass production began. In 1977, the M-15 was presented at the Paris Air Show. The plane had a completely unusual appearance, and test pilot Andrzej Ablamovich, who represented the plane, gave it the name of the mystical demon Belphegor, which later became official. 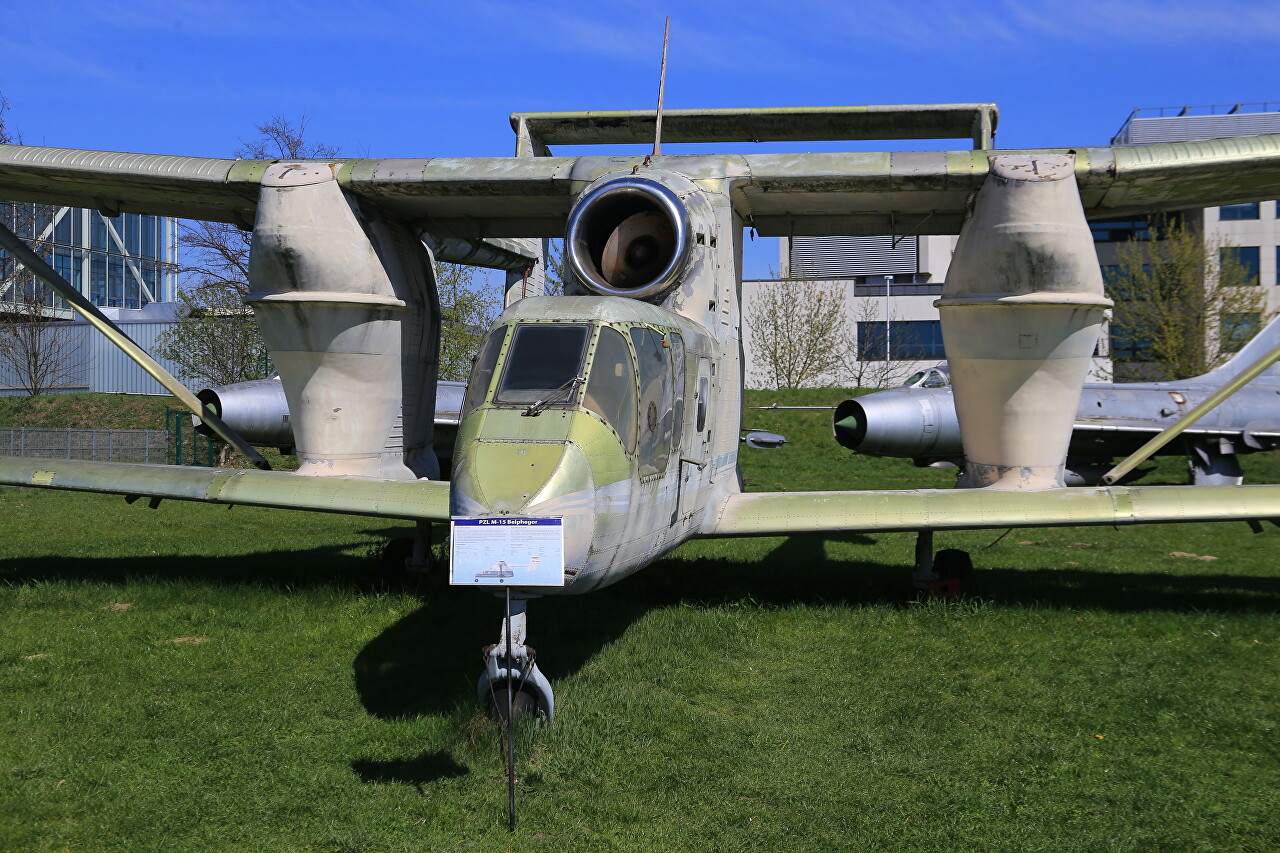 The first aircraft were sent to the USSR in 1978, and a year later the M-15 received a certificate of airworthiness. The M-15 turned out to be very expensive to produce and operate and caused a lot of problems. The real fuel consumption was about 600 liters per hour, which is more than three times the consumption of the good old AN-2. The engine was very noisy, the take-off and landing speeds were high, which required relatively high qualification of pilots. 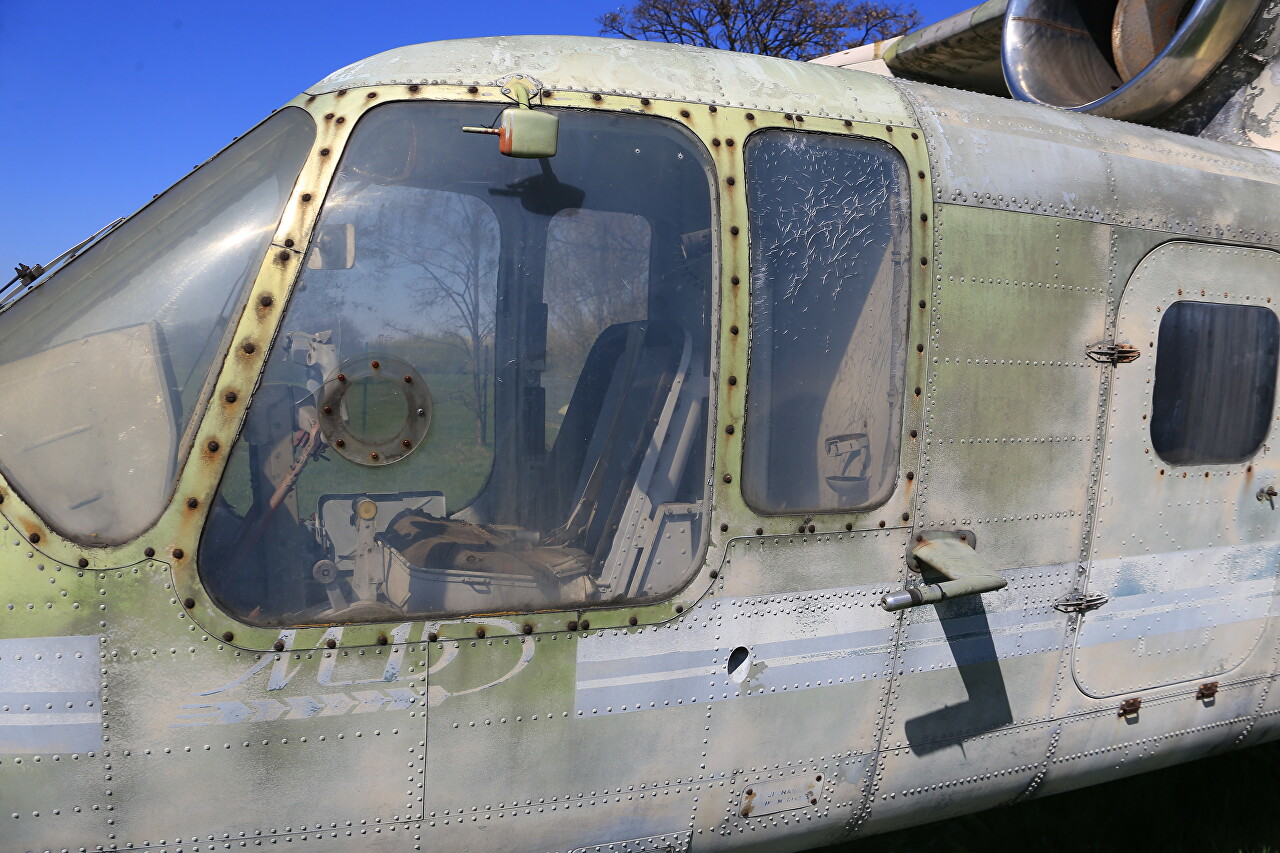 Agricultural aviation enterprises that got the M-15s actually abandoned their operation, some of the aircraft were simply disassembled for spare parts. Nevertheless, propaganda portrayed the project as a major achievement of the socialist system and technical cooperation within the Council for Mutual Economic Assistance. I must say that the latter was true, Polish engineers actively collaborated with Ismailov's team, which undoubtedly enriched the experience of both of them. Eventually, in 1981, production was curtailed, and instead of the planned 3000 copies, 175 units were built, 155 of them were sent to the USSR. 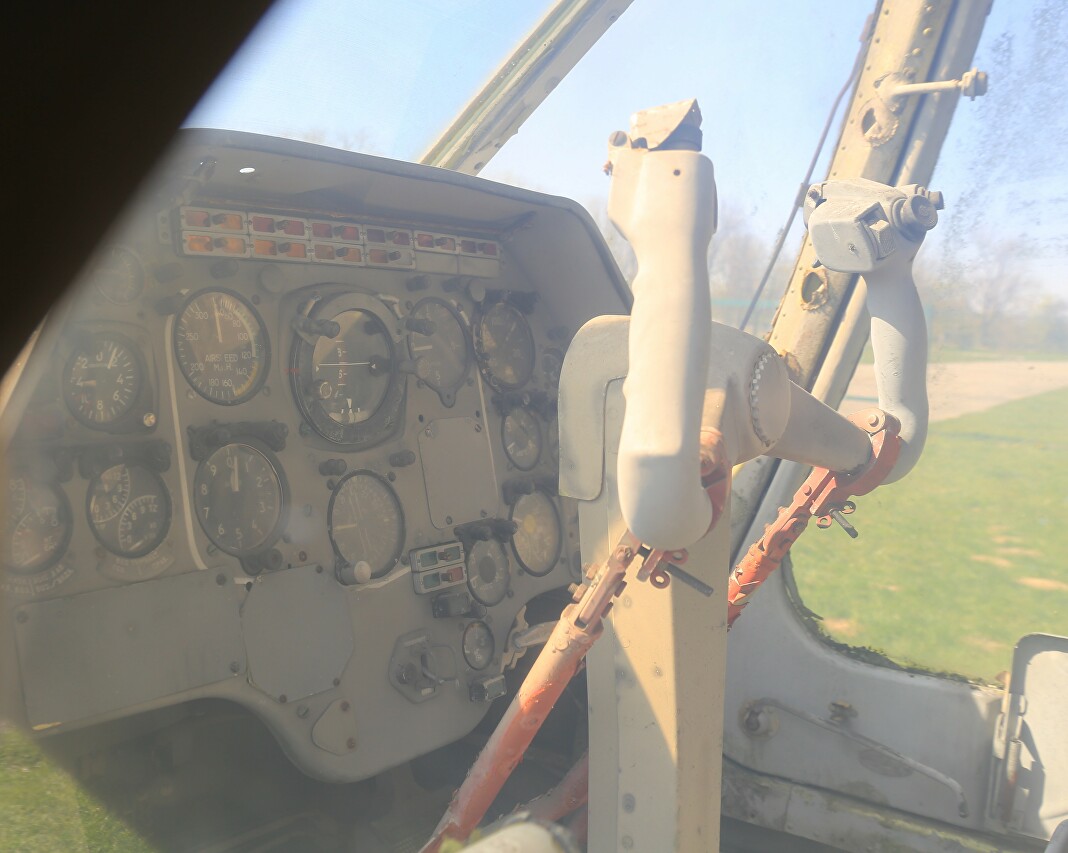 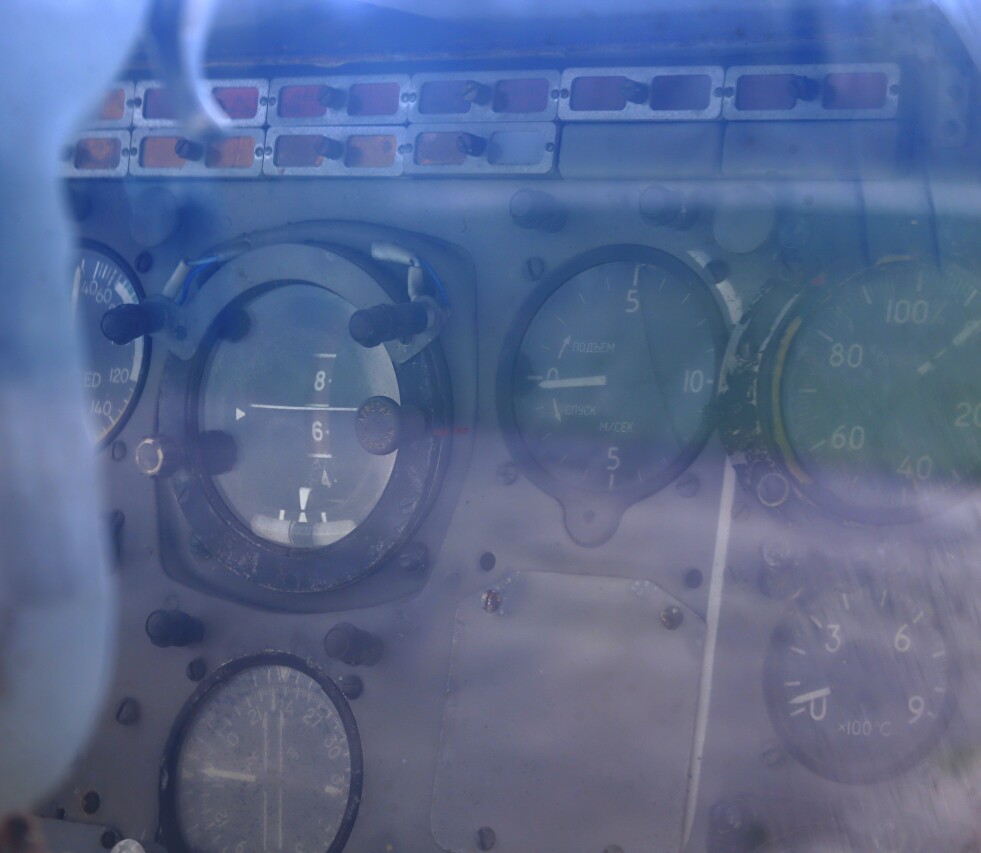 After the article was published, I received a comment from the Polish test pilot Henryk Bronowicki:
As a PLZ-Mielec factory test pilot, I flew several hundred prototype M-15s in the 1970s. The M-15 aircraft stood out among the other agricultural planes I flew (PLZ-101 Gawron, PLZ-106 Kruk, AN-2, M-18 Dromader, M-21 Dromader Mini, M-24 Dromader Super) because:
- it had a sealed and comfortable cabin, in which the pilot was less tired,
-the AI-25 engine was started by pressing two buttons, the first one started the AI-9 launch unit, the second one the main engine, the whole process took place automatically,
- the cockpit had a low noise level, ergonomic solutions greatly facilitated the pilot's work, excellent visibility forward and sideways was of great importance for the safety of low-altitude flight ,
- All agricultural equipment was controlled from the remote control,
- the aircraft had a developed control and automation system, all information was displayed on the instrument panel.
- the plane was easy and pleasant to fly, had little effort on the steering wheel, the pilots loved to fly it.

Excerpt from the autobiographical book Pilot Doświadczalny Henryk Bronowicki
During the pilot operation of the M-15, I had the following incident: After loading fertilizers, I began to perform the flight, the ninth on that day. I moved the engine control lever to the maximum thrust position, the plane took off, and after 2-3 seconds of take-off, I heard a loud crash. At that moment, a lot of warning lights came on on the dashboard, including one about an engine fire. I stopped the plane and pressed the engine's fire alarm buttons. Fortunately, the fire installation was working properly and managed to bring down the flames. After leaving the plane, I helped the mechanic with hand-held fire extinguishers to finally extinguish the fire. It turned out that the turbine blades of the engine compressor broke apart. According to the mechanic, pieces of blades ranging in size from 1 to 5 cm flew out through the exhaust nozzle of the engine in a jet of flame, which was several meters long. Several kilograms of these blades were then collected behind the plane. The engine was completely destroyed, but the airframe was virtually intact.