The third-generation MiG-21 light fighter became the most recognizable Soviet-made combat aircraft. The aircraft first flew on June 16, 1956, was produced in the USSR until 1985 in various modifications and was the basis of Soviet fighter aviation for almost 20 years. This is the most massive supersonic aircraft in the history of aviation. Only in the USSR, 10645 of these planes were built, another 657 in India and 194 in Czechoslovakia. In China, this aircraft was produced until 2017 under the name J-7, more than 2.5 thousand units were built. 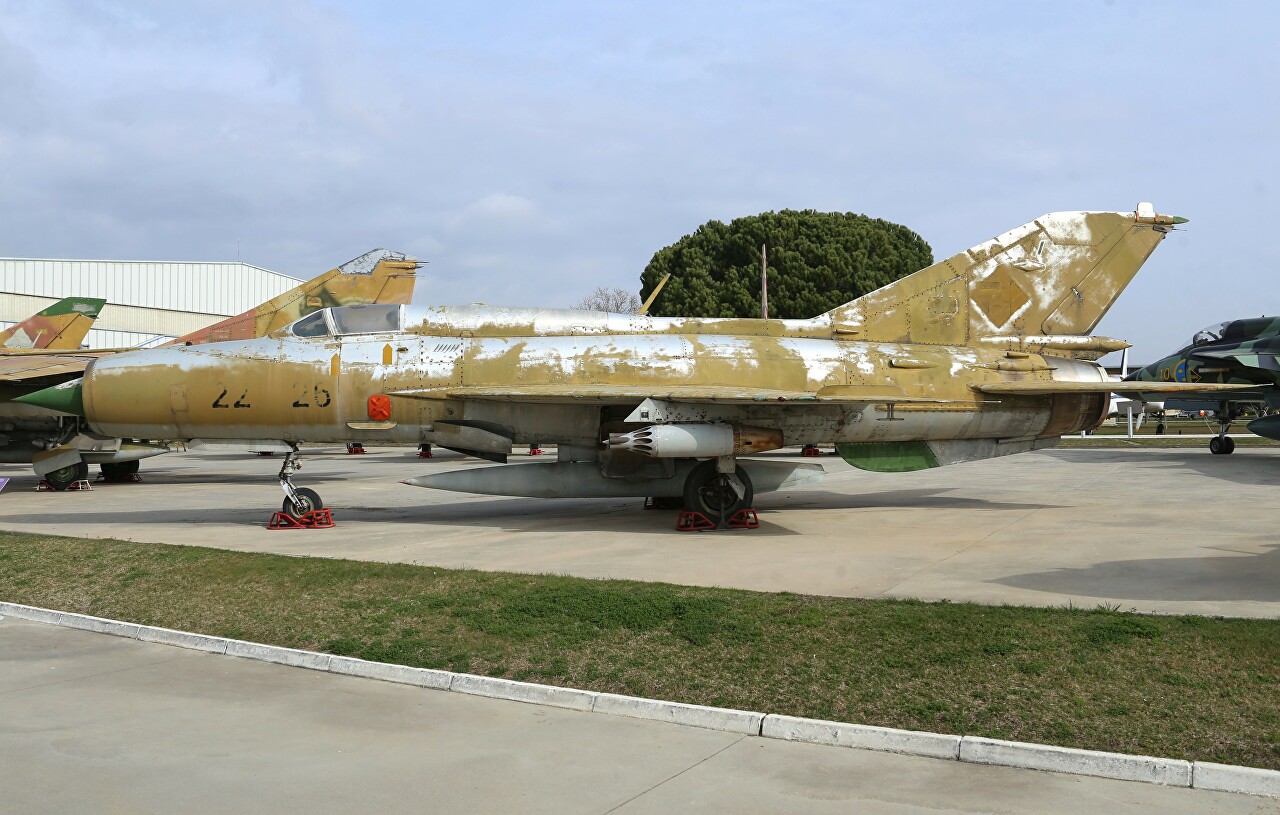 MiG-21s have been used by the air forces of 65 countries and have been involved in many conflicts since the Caribbean Crisis in 1962. In 1966, they appeared in the skies of Vietnam, becoming a serious opponent for the American F4 Phantom II fighters, significantly surpassing them in maneuverability. As a result of these clashes, the doctrine of "long-range missile combat" was debunked and the fighters were again armed with cannons. In the Middle East wars, the Arab MiG-21s adequately resisted the Israeli Mirages and Phantoms. In the Iran-Iraq War, the victory of the MiG-21 over the F-14 Tomcat was recorded. 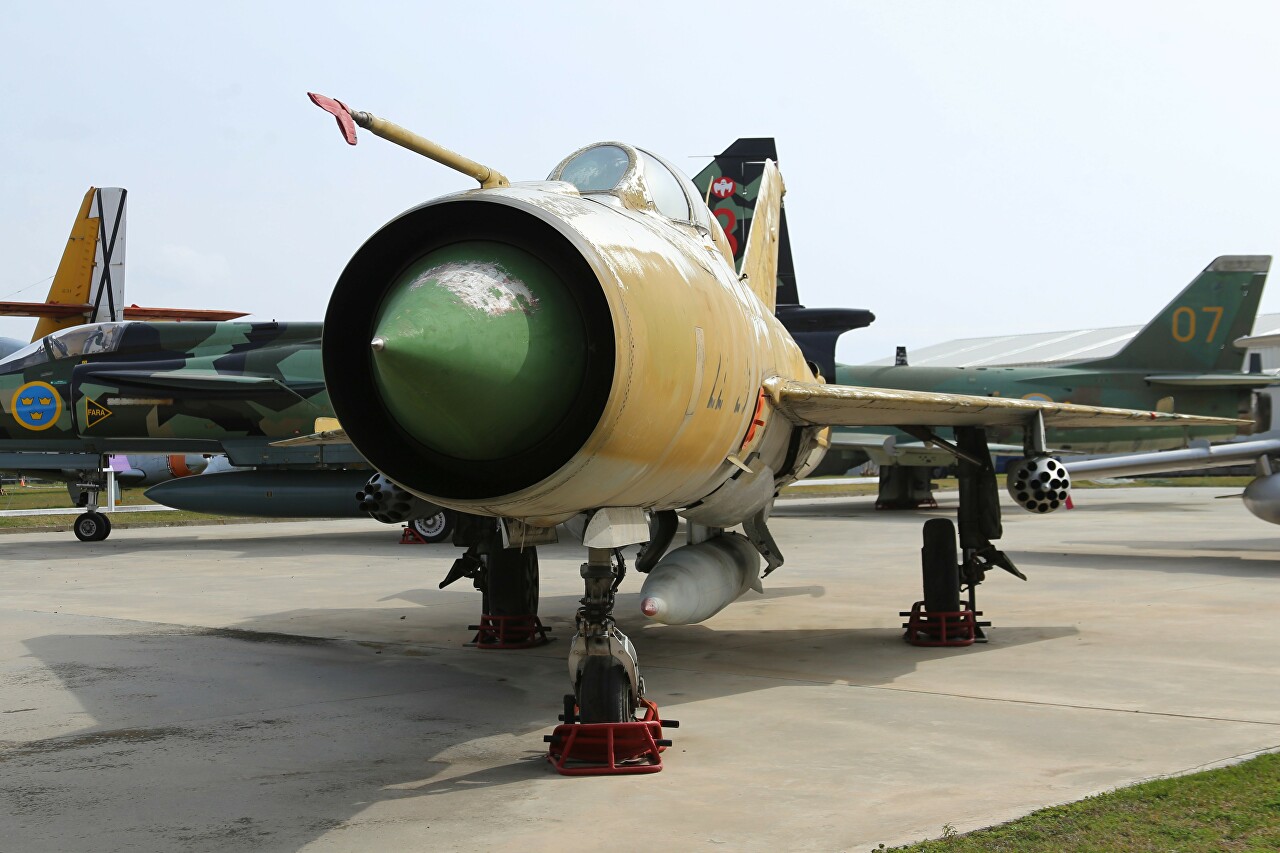 In 1966, the Israeli intelligence service MOSSAD recruited an Iraqi pilot who hijacked a MiG-21 to Israel, where it was used for training air battles. In 1968, this aircraft was transported to the United States and more than a hundred test flights were conducted at the Groom Lake air base, which explored the capabilities of the Soviet fighter, as well as conducted comparative air battles with American aircraft. According to the results of the tests, a secret unit appeared, which was armed with six MiG-21s, acquired by devious ways through third countries. The unit developed combat tactics with the MiG-21, which, according to American pilots, was superior to all Western fighters until the appearance of the F-16. 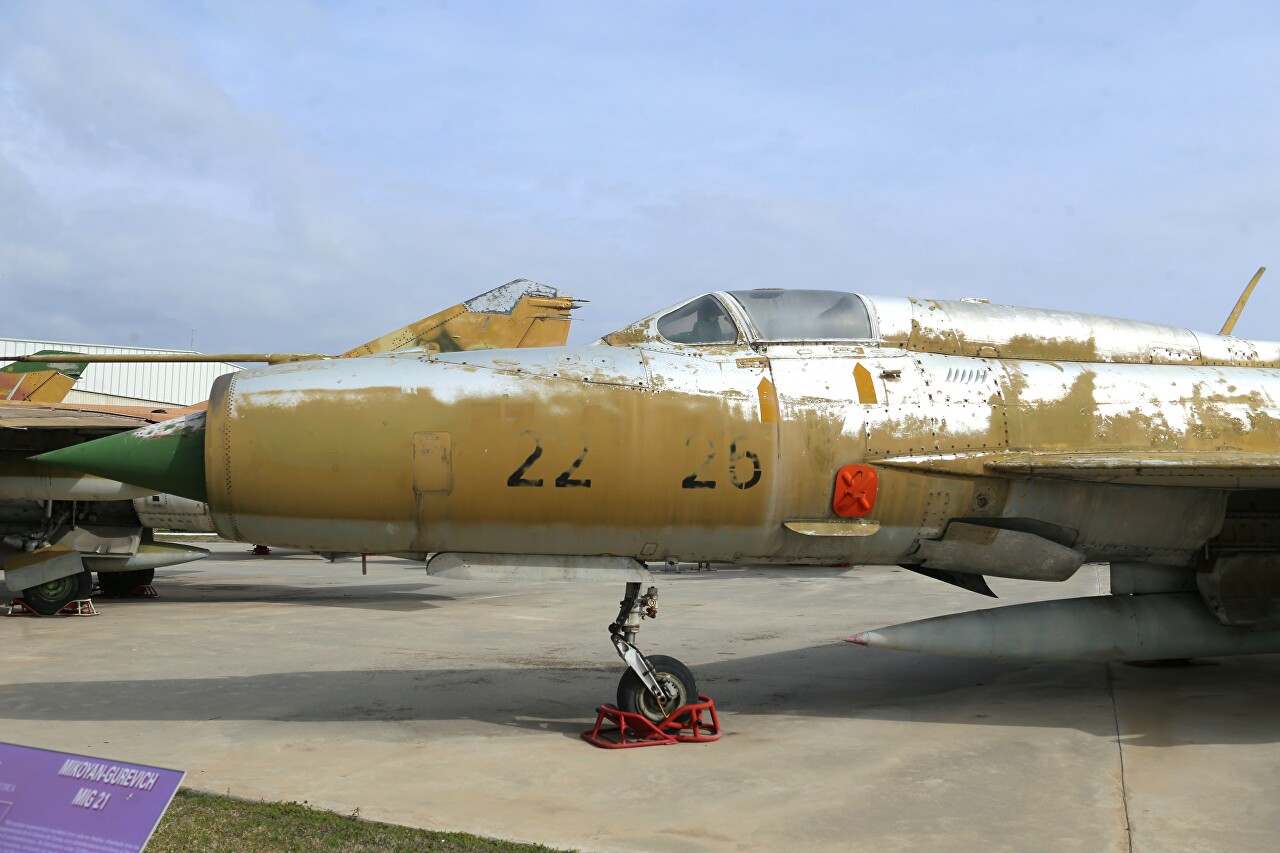 The modification of the Mig-21MF was launched in the series in 1969 for export. This aircraft was practically no different from the MiG-21SM, which had already been produced for the Soviet Air Force for a year. The first batches of fighters were sent to Egypt. The aircraft was produced until 1976 and was in service with the Warsaw Pact countries, Syria, and Iraq. India and China have acquired licenses for its production. There were these planes in the Soviet Air Force. The length of the MiG-21MF aircraft is 14.90 m, the wingspan is 7.15 m, the height is 4.71 m. The maximum take-off weight of 9300 kg, the P13-300 engine with a thrust of 6490 kg allowed to reach a maximum speed of 2230 km / h and gain altitude to 19 thousand meters. The armament consists of a 23mm cannon with 200 rounds of ammunition, and up to 1300 kg of missiles and bombs for various purposes are placed on four suspension units. 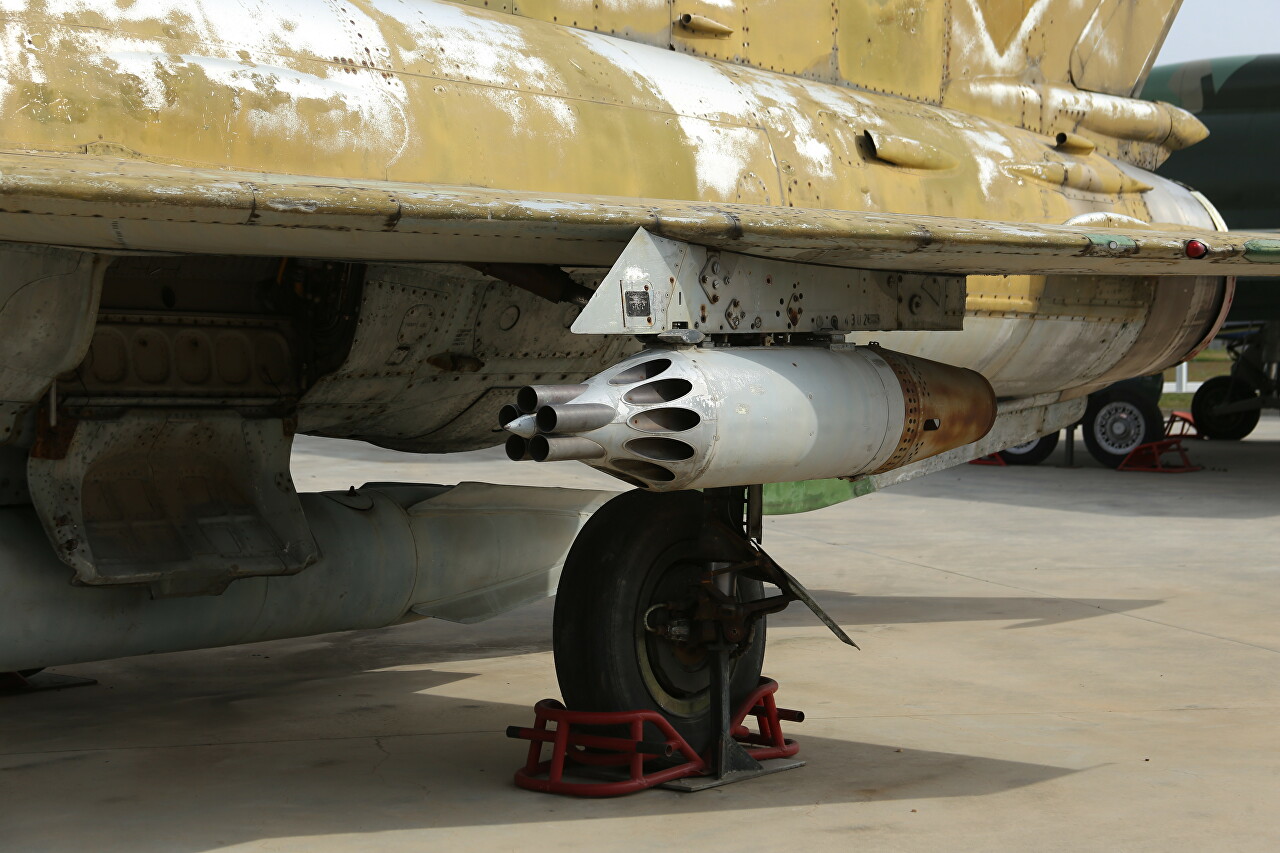 The Madrid Museum of Aeronautics presents the MiG-21MF, which was in service with the Air Force of the German Democratic Republic (Luftstreitkräfte). After the unification of Germany most of the Soviet aircraft were written off and in 1994 one of them took a place on the open site of the museum. 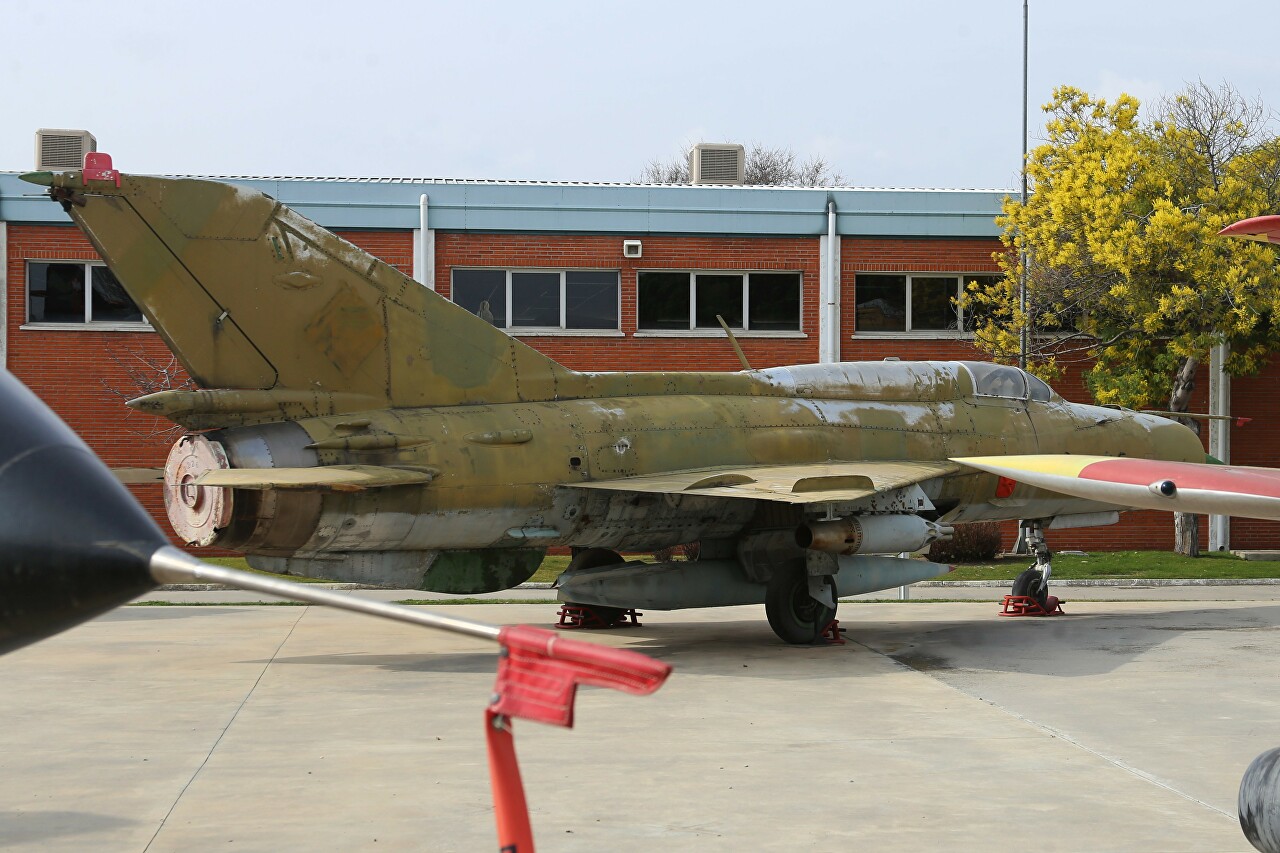