A light multi-purpose helicopter developed by the West German company Messerschmitt-Bölkow-Blohm, made its first flight on February 16, 1967. An innovation was the use of a twin-engine powerplant, which significantly increased reliability, and high thrust-to-weight ratio made it possible to perform aerobatic figures, such as steep peaks, turns, loops. For the first time in the world, an inverted flight (Nesterov loop) was performed on the Bo 105. In 1974, the BO 105 set a range record, flying 1,714 km. 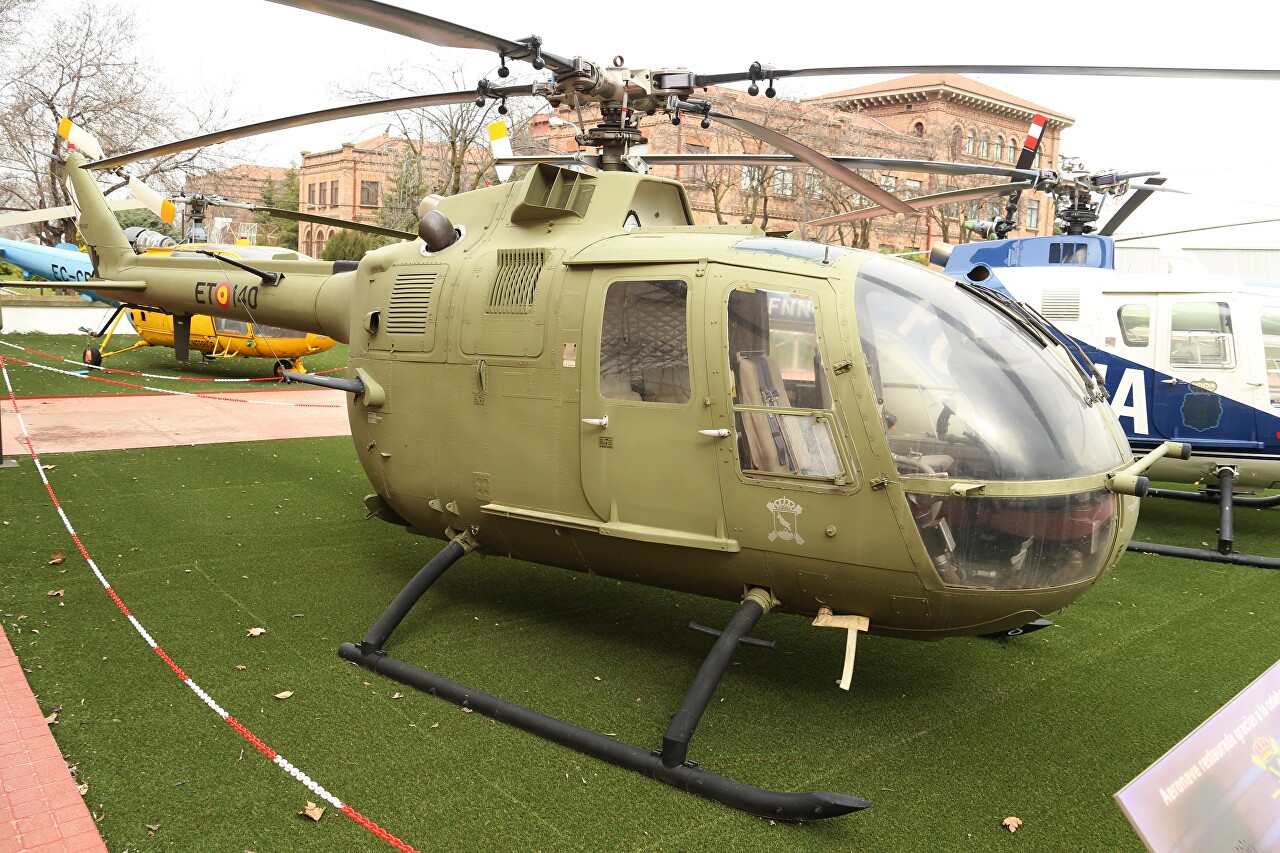 Another innovation was the use of composite materials, including for the manufacture of blades. The rotor blades made of reinforced fiberglass had greater flexibility, so the designers applied a simplified scheme of the automatic skewer, without horizontal and vertical hinges, leaving only the axial hinge. Operation showed incredible reliability of such a system, for 1991 the total flight time of all BO 106 helicopters was more than 6 million hours, while not a single failure of the rotor control system occurred. 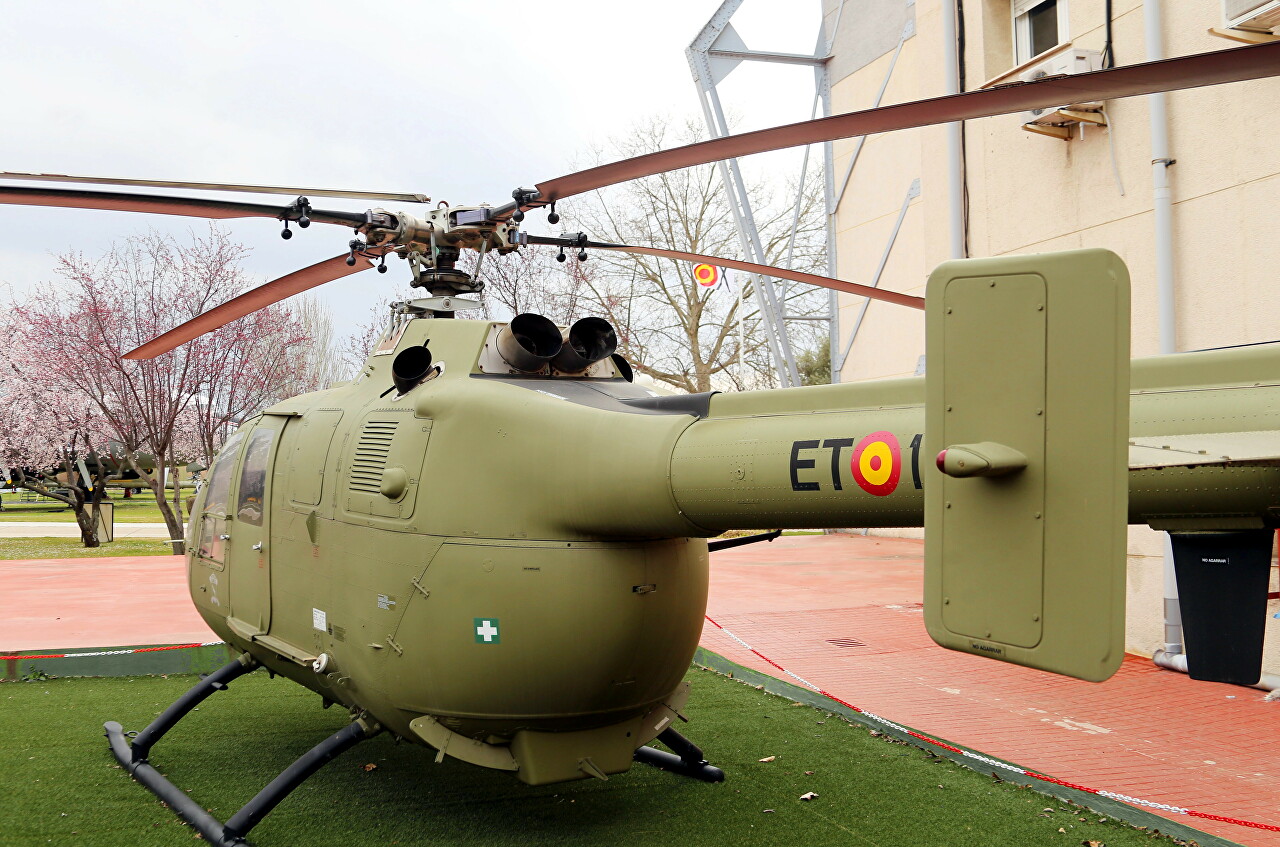 Serial production began in 1970, the helicopter, in addition to Germany, was produced in Canada, Spain, Indonesia and the Philippines, production continued until 2001, with a total of more than 1,200 units built. Excellent flight qualities of the BO105 were appreciated by the military - high maneuverability made it possible to use helicopters at very low altitude, making it possible to approach the enemy while remaining out of reach of its air defense systems. In 1975, the Bundeswehr ordered 212 anti-tank BO 105s. Military and civilian versions of the helicopter have arrived in more than thirty countries, and a significant part is still in service. 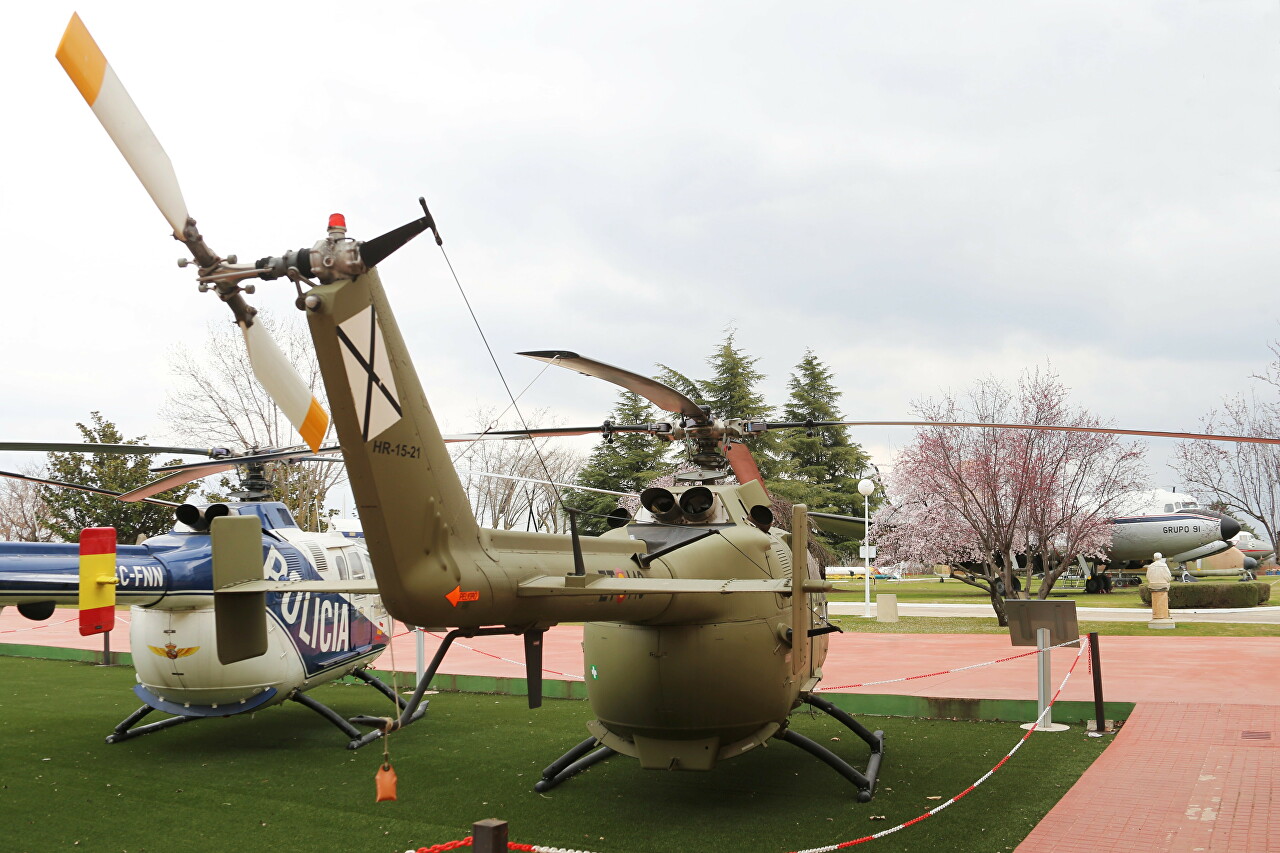 The first BO 105 helicopters arrived in Spain from Germany in 1973, and in 1975 CASA established licensed production, building about 160 units. Bo 105s were used by the Airmobile Forces (Fuerzas Aeromóviles del Ejército de Tierra, FAMET) as light amphibious vehicles, and were also used by the National Guard and Police. In the two thousandth years, they began to be decommissioned, replacing them with the Eurocopter EC-135. 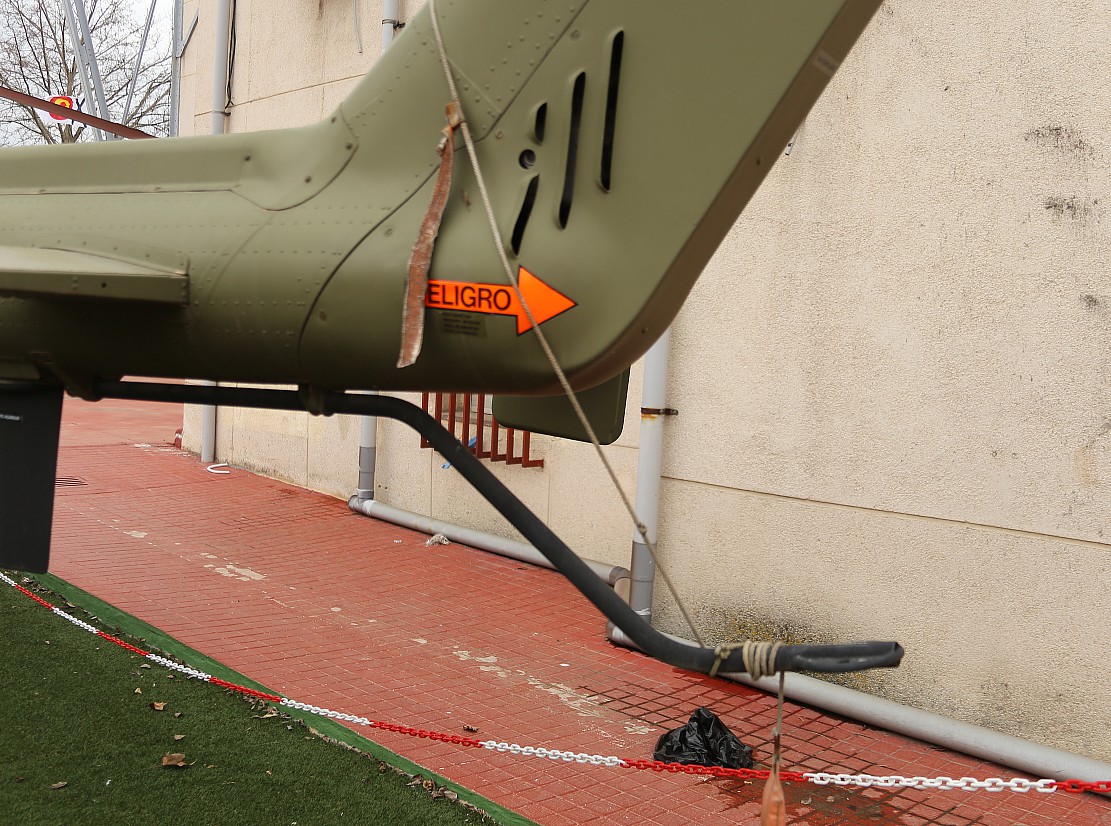 The Madrid Museum of Aeronautics presents a modification of the Bo 105LOH, this is actually the Bo 105CB, modified to the specifications of the Spanish army for communication and surveillance, received the army designation HR.15. The helicopter entered the Airmobile forces (FAMET) in 1980, where it was used until 2004. 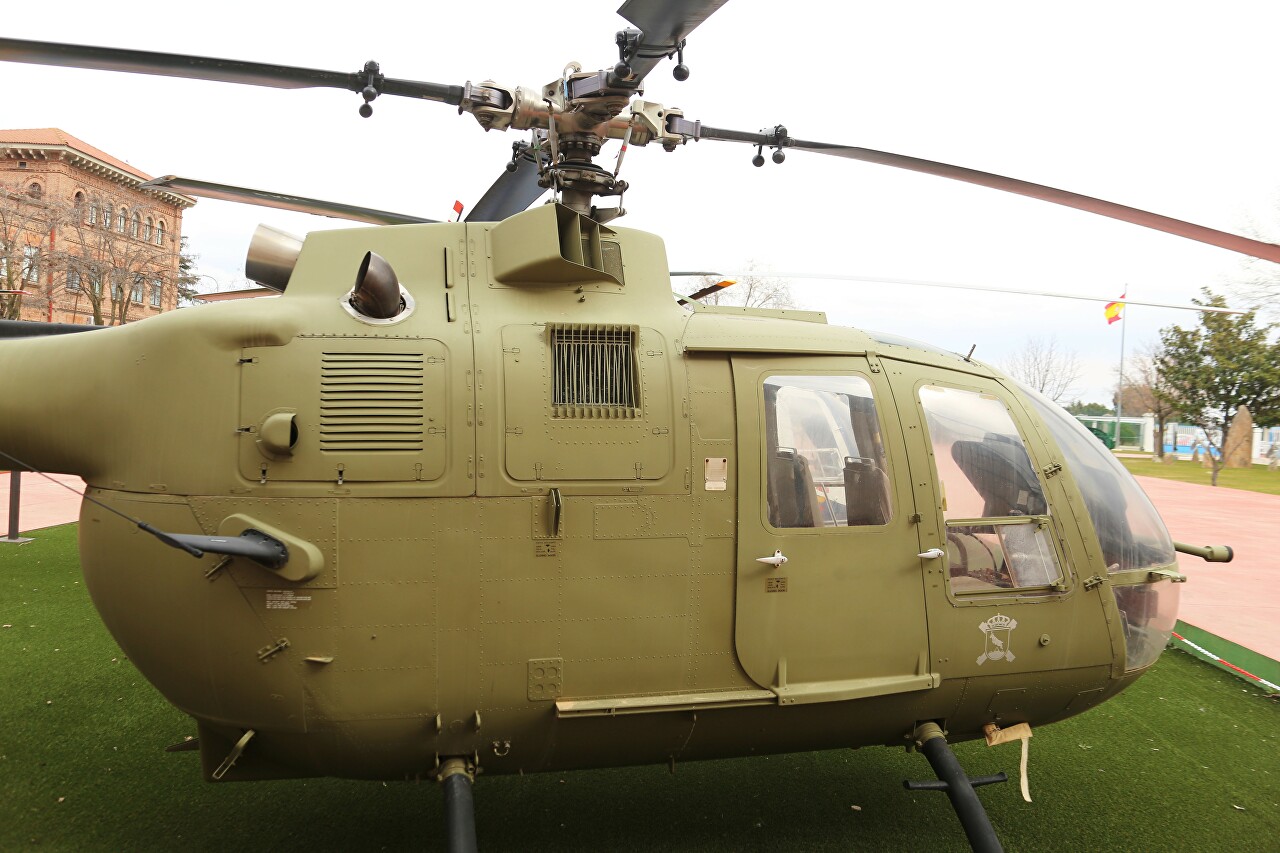 The helicopter is operated by one pilot and can carry up to 4 people. The training versions have dual controls. In the anti-tank version, 6 Euromissile HOT missiles or 8 BGM-71 TOW missiles are placed on external suspensions. 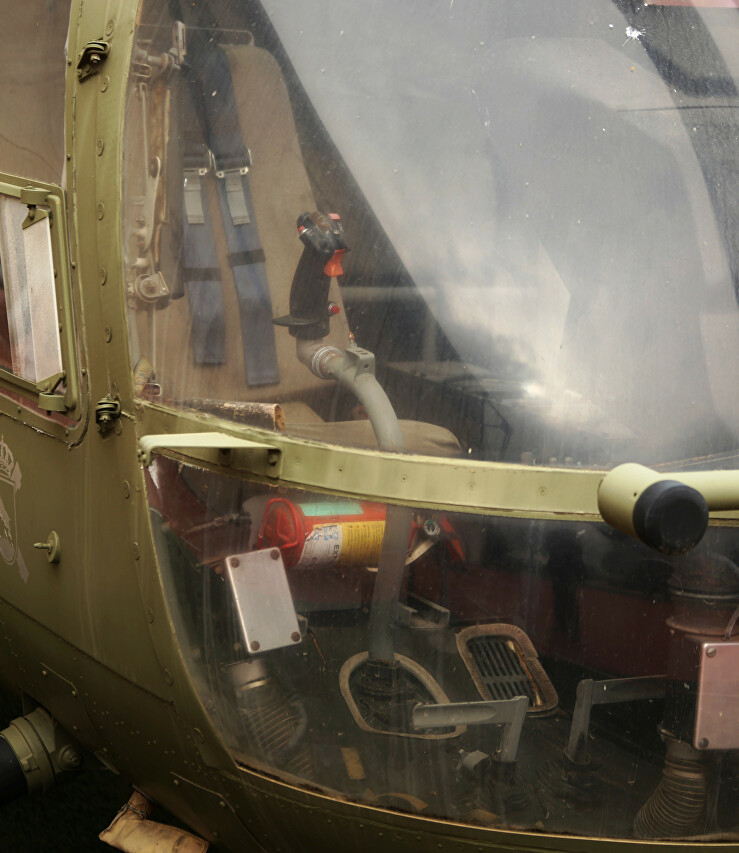