The pre-war European concept of the fighter provided for minimizing frontal aerodynamic drag and improved visibility in the front hemisphere, which could only be provided by an inline water-cooled engine. In 1937, the Luftwaffe had a Messerschmitt Bf 109 fighter, which performed well during the Spanish Civil War, where they participated in battles with Soviet fighters with air-cooled engines, which showed great survivability. In 1937, the design bureau of the Focke-Fulf company, under the leadership of Kurt Tank, proposed to the command a project for a fighter with a radial air-cooled engine. The project was accepted and the prototype took off on 1 June 1939, but due to problems with the reliability of the BMW 801 engine, mass production began only two years later. In August 1941, the FW.190 entered service on the Western Front and quickly proved their superiority to the British Spitfire Mk.V and retained it until the improved Spitfire Mk. IX was introduced. In November 1942, the Fw 190 began to be used on the eastern front, where it maintained its superiority over Soviet fighters almost until the end of the war. In total, about 22 thousand FW.190 more than 30 modifications were produced. 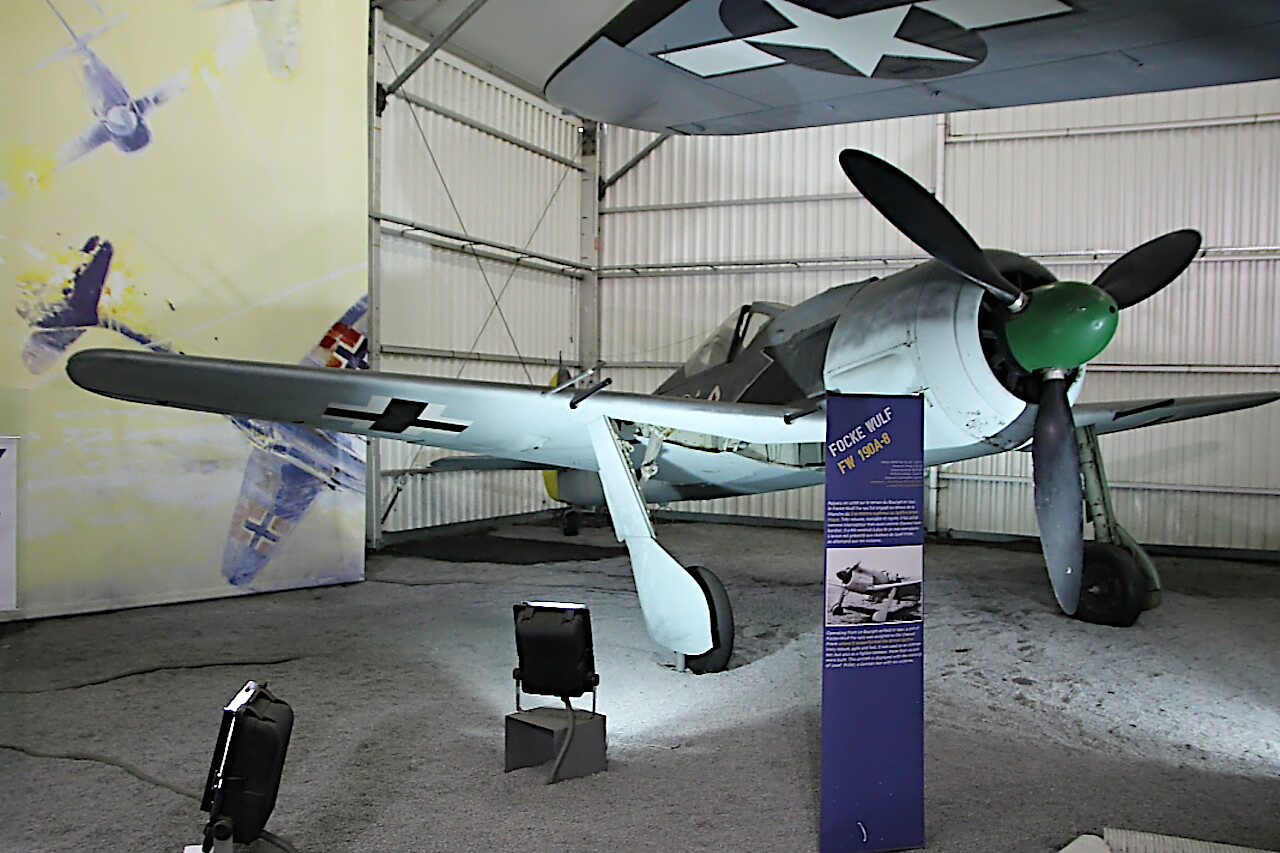 By the beginning of 1944, Allied aircraft had received a sufficient number of long-range fighters, and they were used to escort strategic bombers, and the effectiveness of German air defense fighters sharply decreased. To correct the situation, the designers developed a new modification of the fighter, FW.190A-8, with reinforced armor protection of the engine and cockpit, the engine received a more efficient oil cooler and an emergency boost system, which allowed increasing power from 1700 to 1980 hp. During the flight, the pilot could boost the engine up to three times for 10 minutes, after which a 10-minute break was necessary. A total of 8,200 aircraft of this model were built, this is the most massive modification for the entire production period. 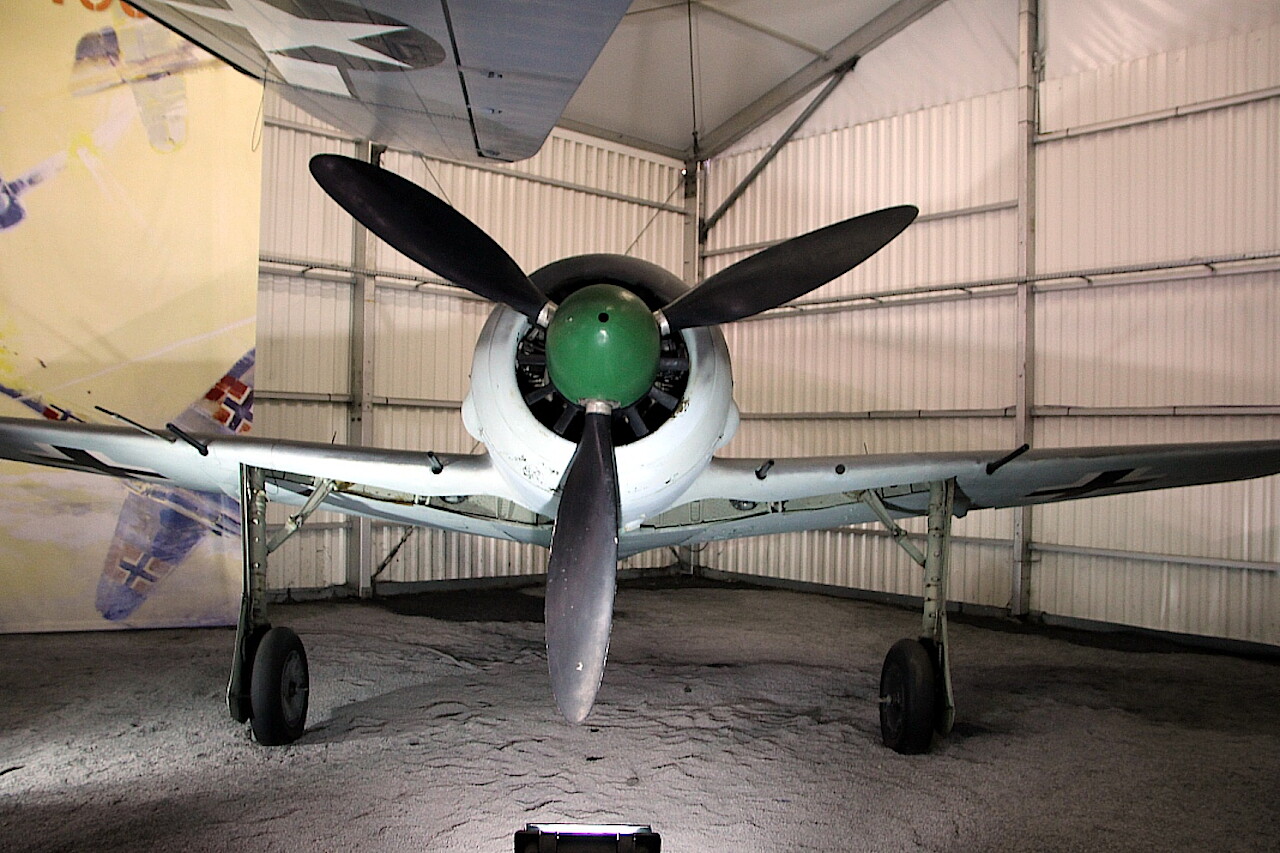 Repairs and maintenance of Luftwaffe aircraft in occupied France were carried out at the SNANC aircraft factory in Cravant. After the release of the factory, a sufficient number of spare parts and ready-made components of the FW.190A-8 remained and it was decided to put them into use, setting up the assembly of aircraft for French aviation. On March 15, the first copy made a test flight, and on May 11, the aircraft was certified for the Air Force, receiving the name NC.900. In total, more than 70 copies were produced. Initially, the Normandy-Neman regiment, which fought on the Eastern Front on Soviet Yak-3 aircraft, was supposed to be re-equipped with aircraft, but the regiment's command abandoned this idea, preferring the easier-to-operate Yak-3. The Museum presents the NC.900 painted by the commander of the JG-26 air group, Oberst Josef Priller, who won 101 victories in air battles. The aircraft is maintained by enthusiasts in flying condition and takes part in aviation parades. 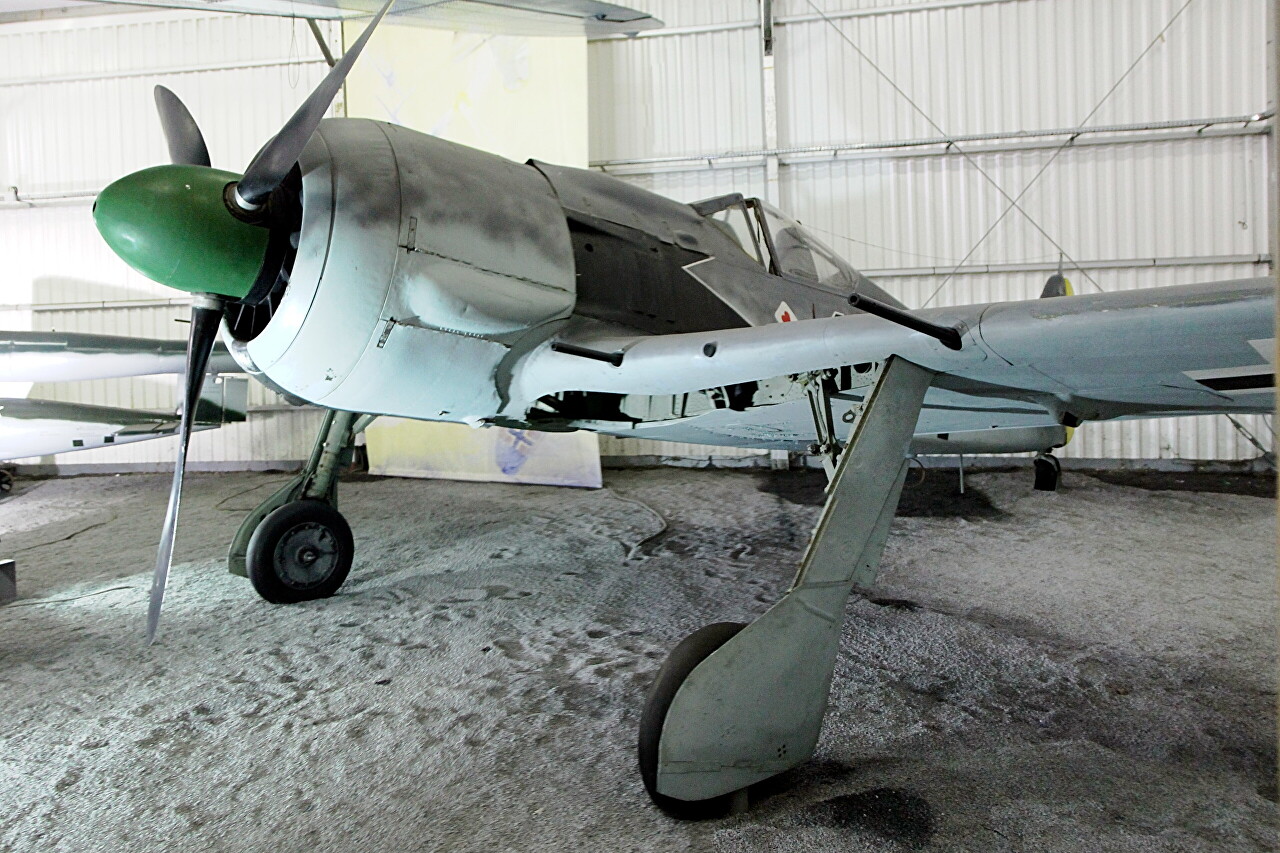