Istanbul. The view from the Air

After a short jog out of the arrivals area, I found myself on a plane bound for Lisbon. My flight from Yekaterinburg was almost half an hour late and I had only 20 minutes left to change. By all the rules, I had every right to apply to Transfer deck to be sent on the next flight, even if it was not a direct one, but I still decided to try to fly on my own. Surprisingly, I did not have to pass through the boarding control, as it was earlier when changing planes in Ataturk, and therefore I was not even in the last rows in the queue for boarding. My rucksack, which was checked in in Yekaterinburg, was not so lucky - they didn't have time to reload it, but it turned out already in Lisbon. The flight was operated by a fairly new Boeing 737 equipped with multimedia monitors, and I flew from Yekaterinburg on a well-worn A-320, no frills. I must say that I like the products of the American aviation industry more than the European consortium - in Boeing, even the seats are noticeably more comfortable for my growth, and when I go down, the pressure drops do not hit my ears. 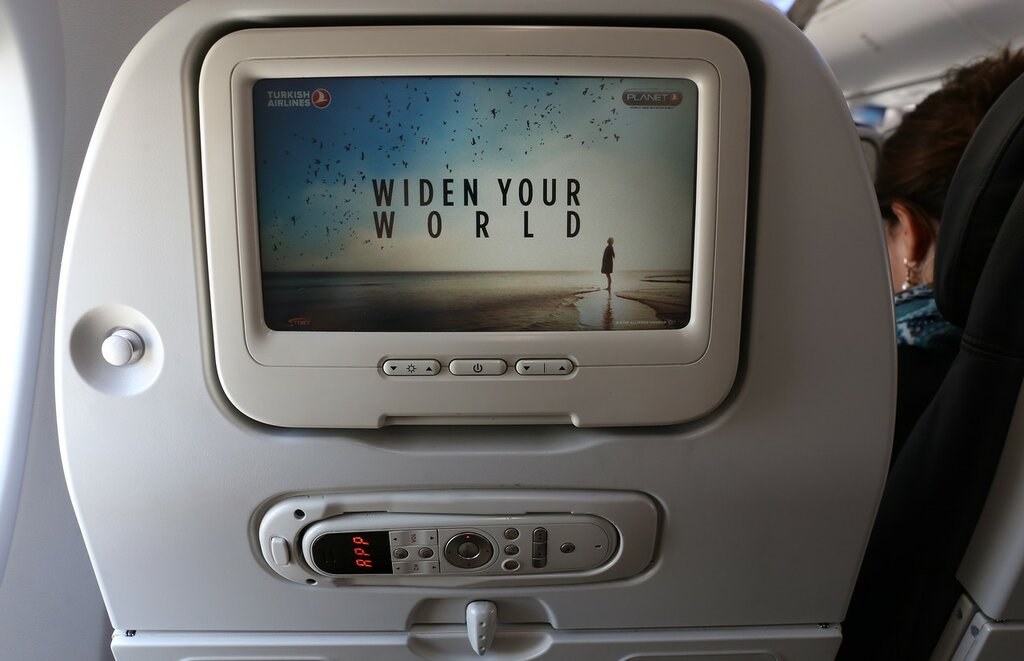 On this flight, I was again at the window, so I took a little picture of Istanbul, which I had previously only seen in the dark or in cloudy weather. 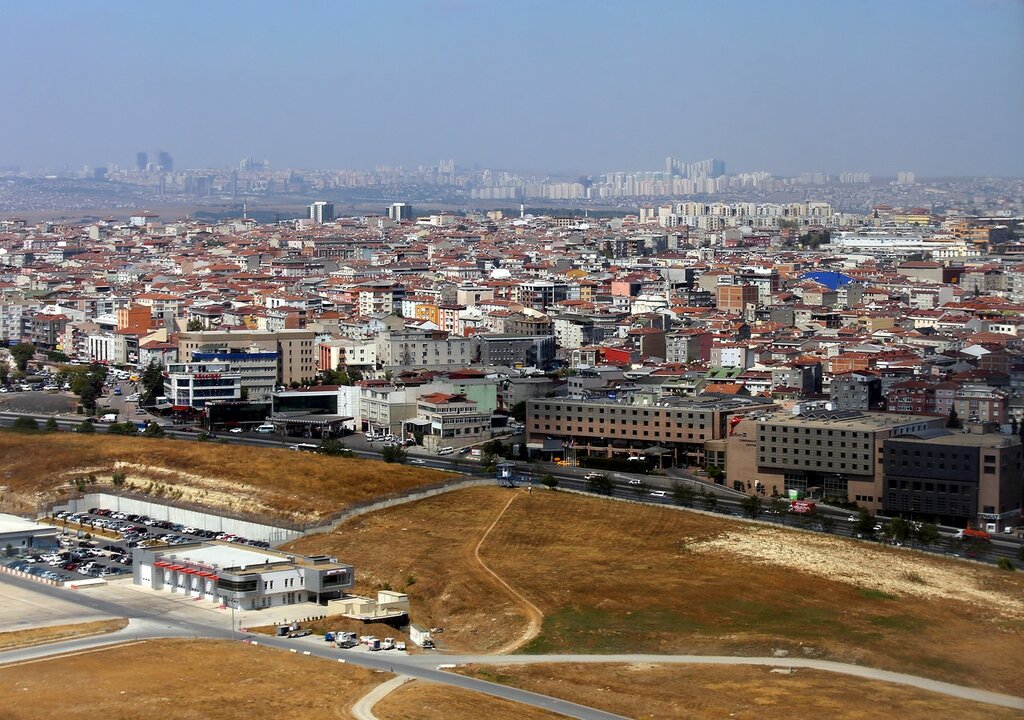 My seat was on the left side, where immediately after the breakaway you could see the 4* Radisson Blu Conference & Airport Hotel. I think the designers have taken care of the sound insulation, before the planes take off only a hundred meters away. 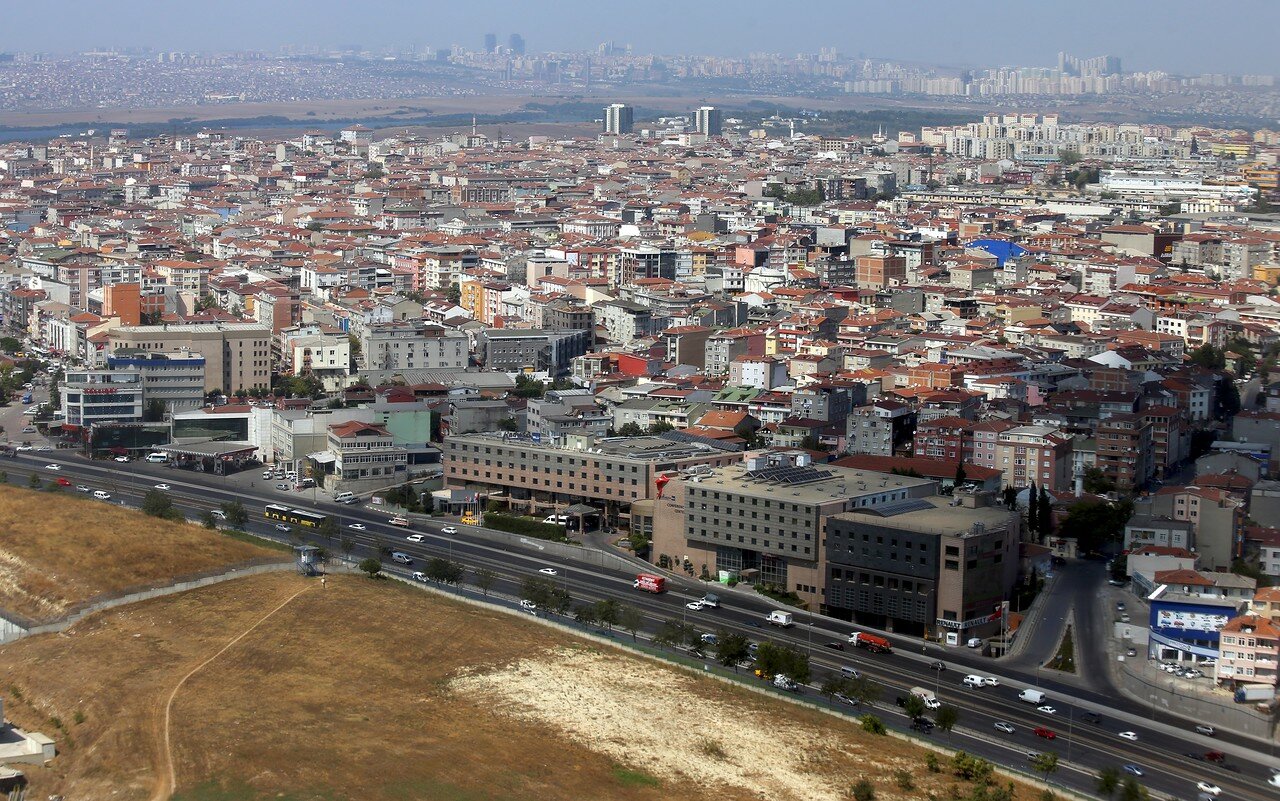 In the distance, the lake is blue. 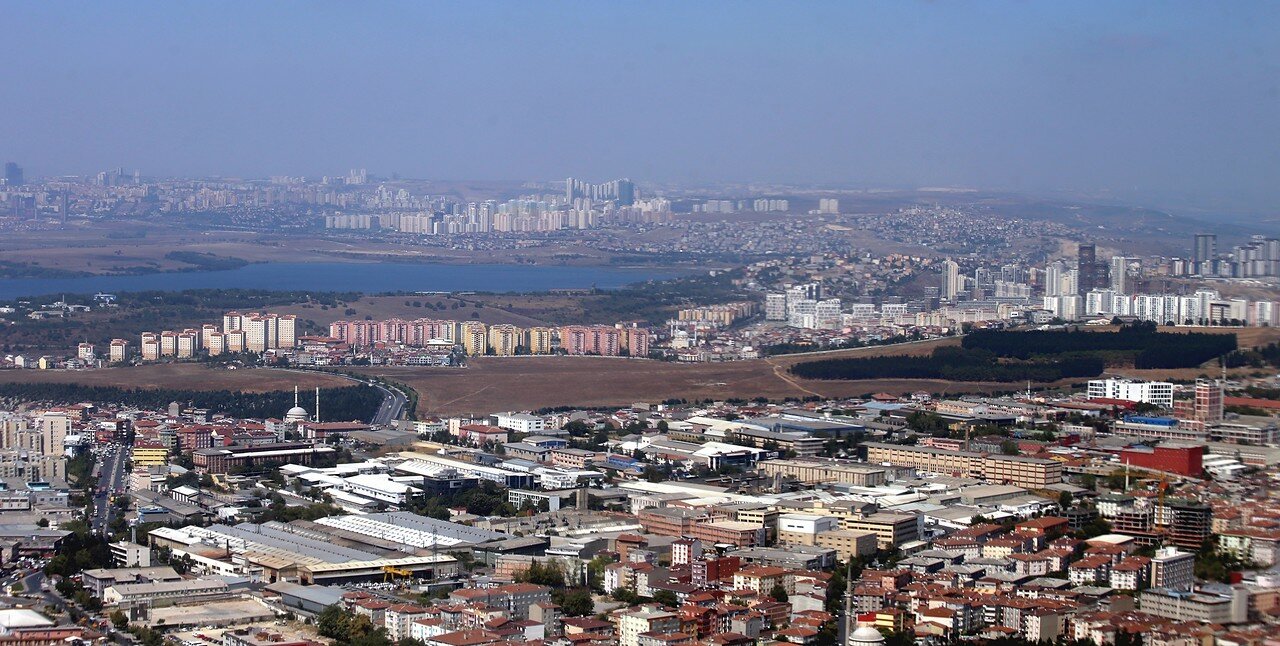 From the height, Istanbul looks like an ordinary European city. 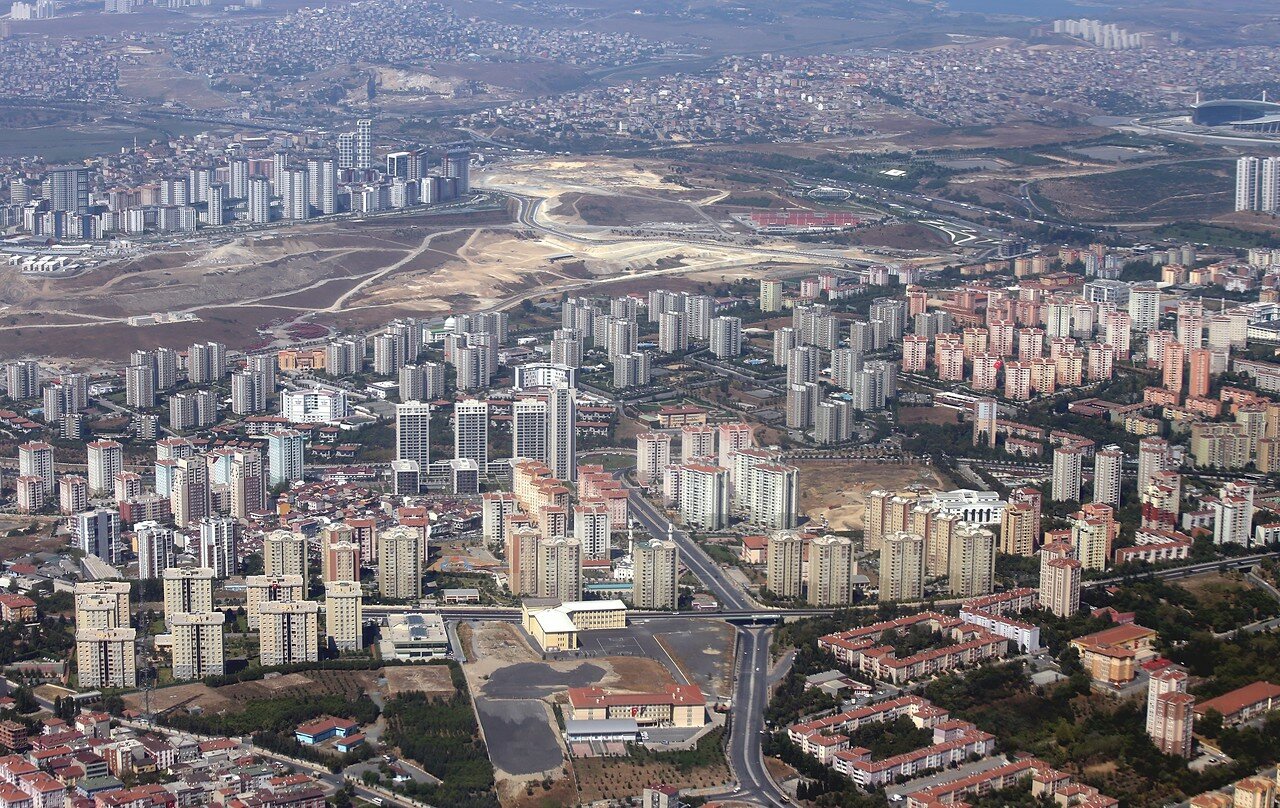 New residential areas are quite comfortable to live in - beautiful houses, sports grounds, swimming pools. A modest mosque is visible, also made in a modern spirit. 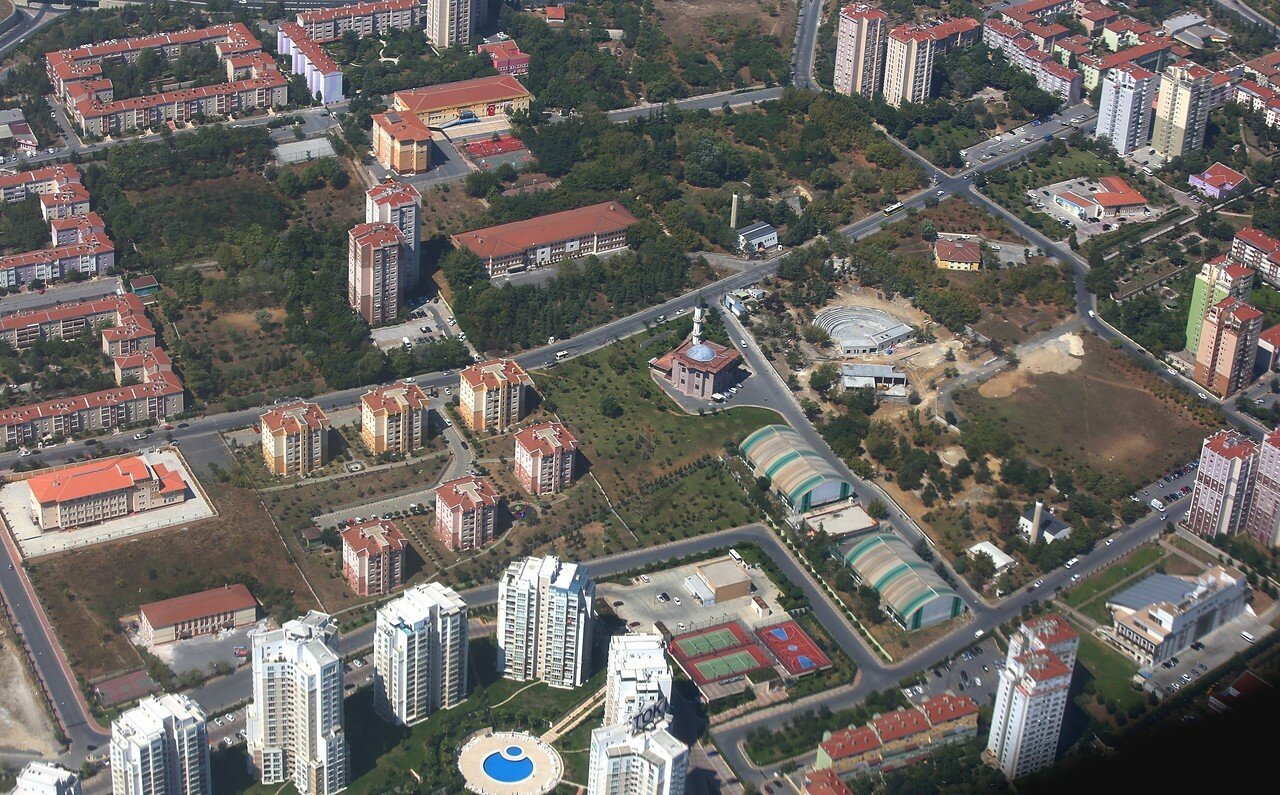 Ikitelli industrial zone, built in 1981. Many small businesses are based here. 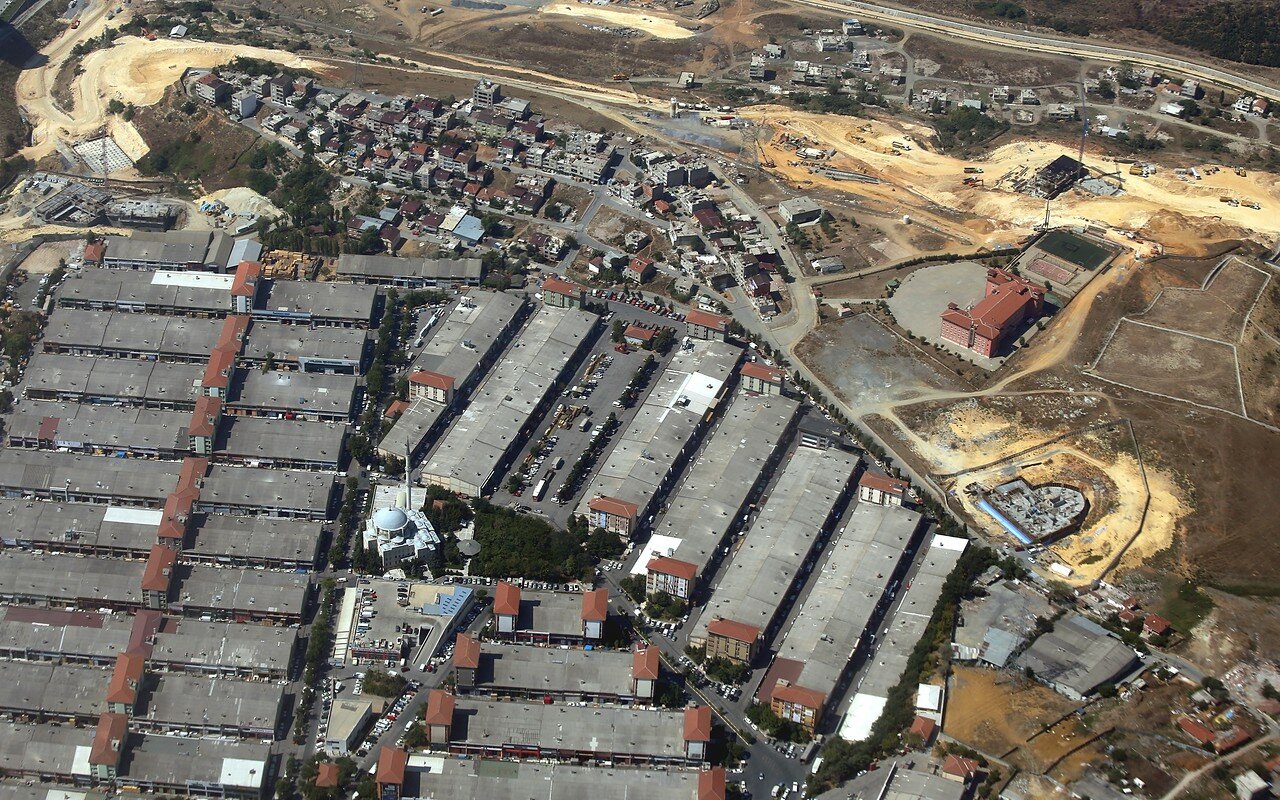 Having built this complex, the city authorities freed residential areas from small workshops and firms, which often caused inconvenience to residents with noise and smells. Now these offices are located in convenient modern buildings that meet all environmental requirements. 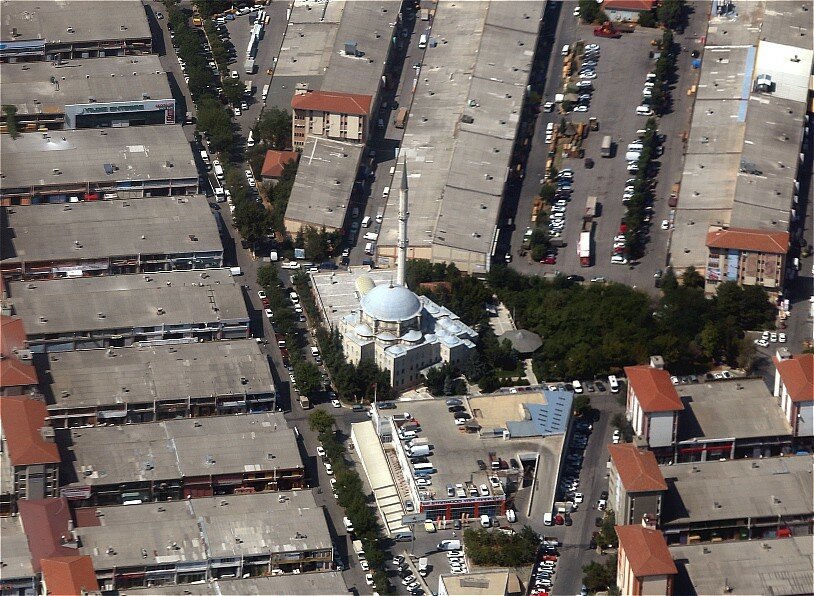 Ahead of you is the Olympic stadium, which, of course, bears the name of Ataturk (is there anything else called by other names???). 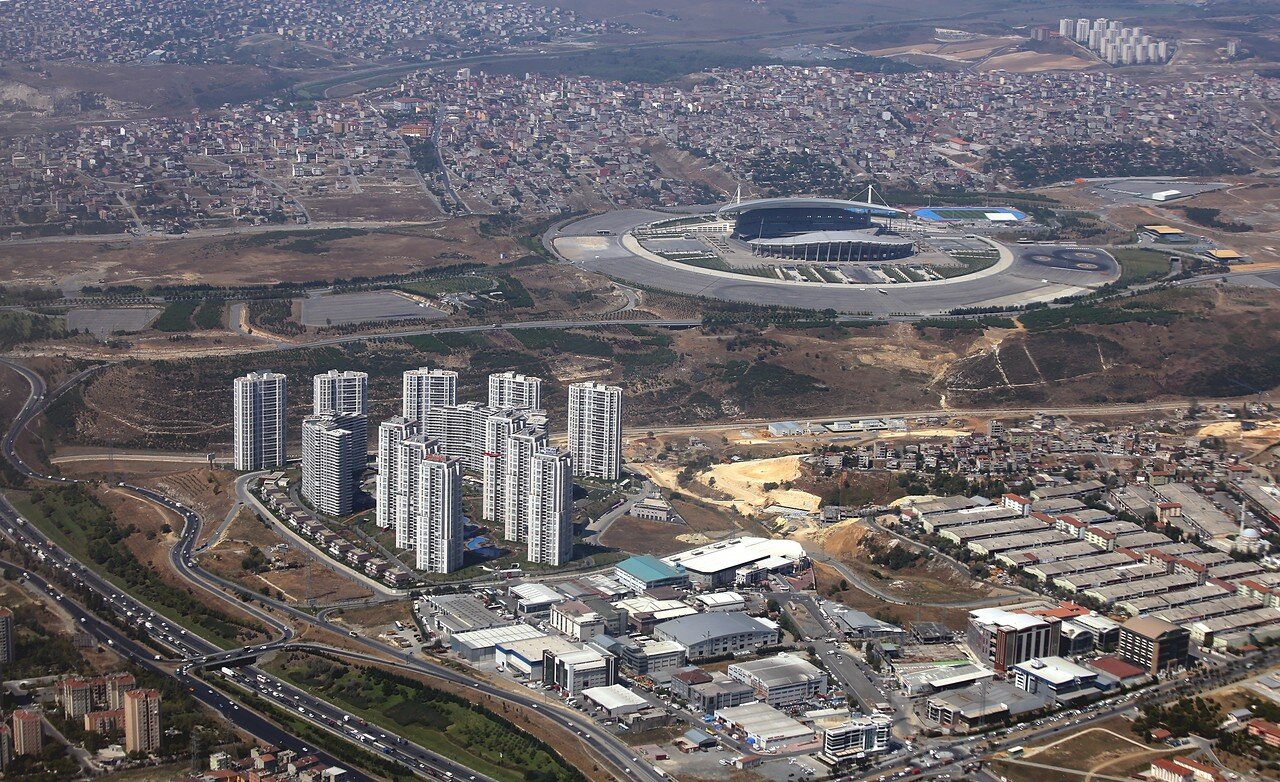 The construction of this structure began in 1999 as an argument for the IOC in which Turkey applied to host the 2008 Summer Olympics. However, in 2001, the Committee chose Beijing to host the Games. However, the construction was continued and completed in 2002. The multi-sports arena for 80 thousand spectators cost $ 140 million. 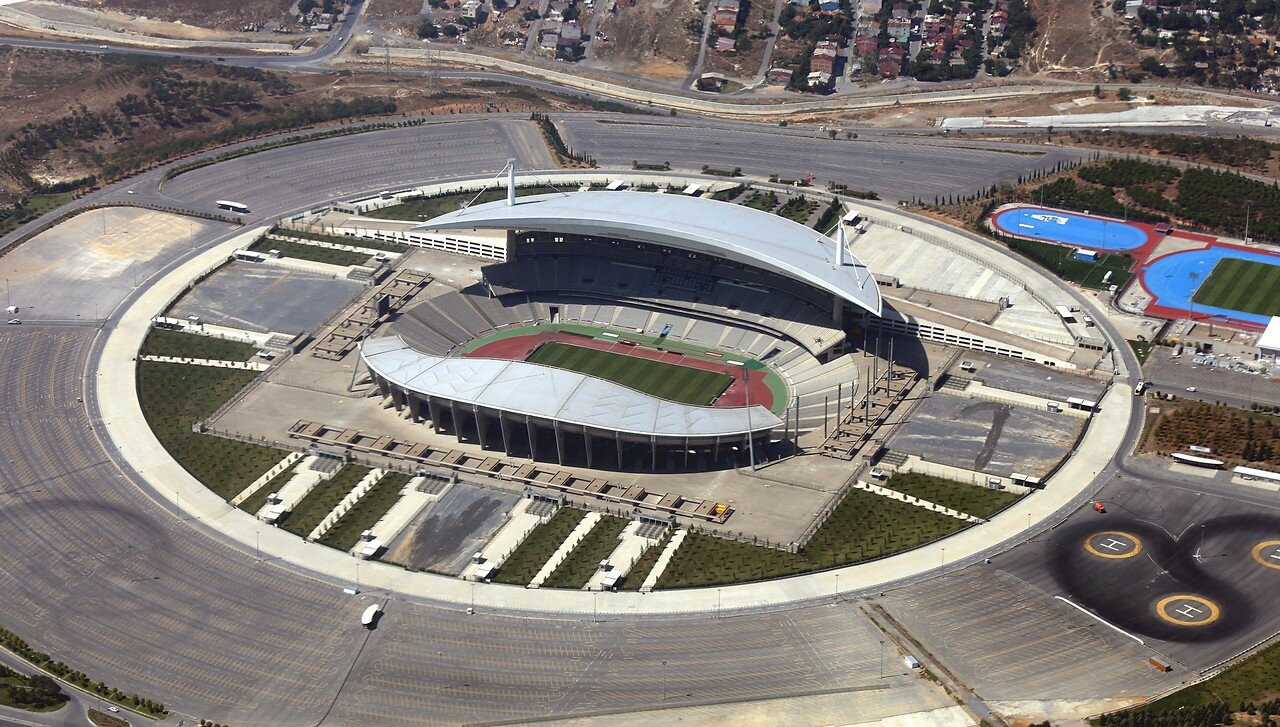 Residential high-rises are anthills in the spirit of Hong Kong. 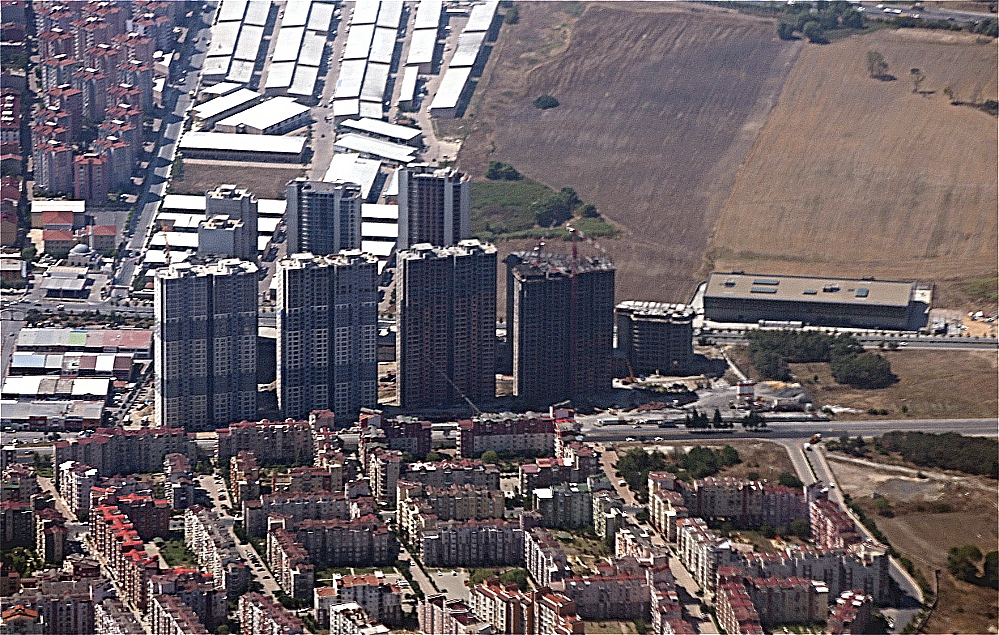 Jumper separating the Büyükçekmece lake from the Marmara sea over which the aircraft is turned in the direction of Greece. Unfortunately, the Dardanelles were hidden by clouds, so I went back to reading the guidebook. 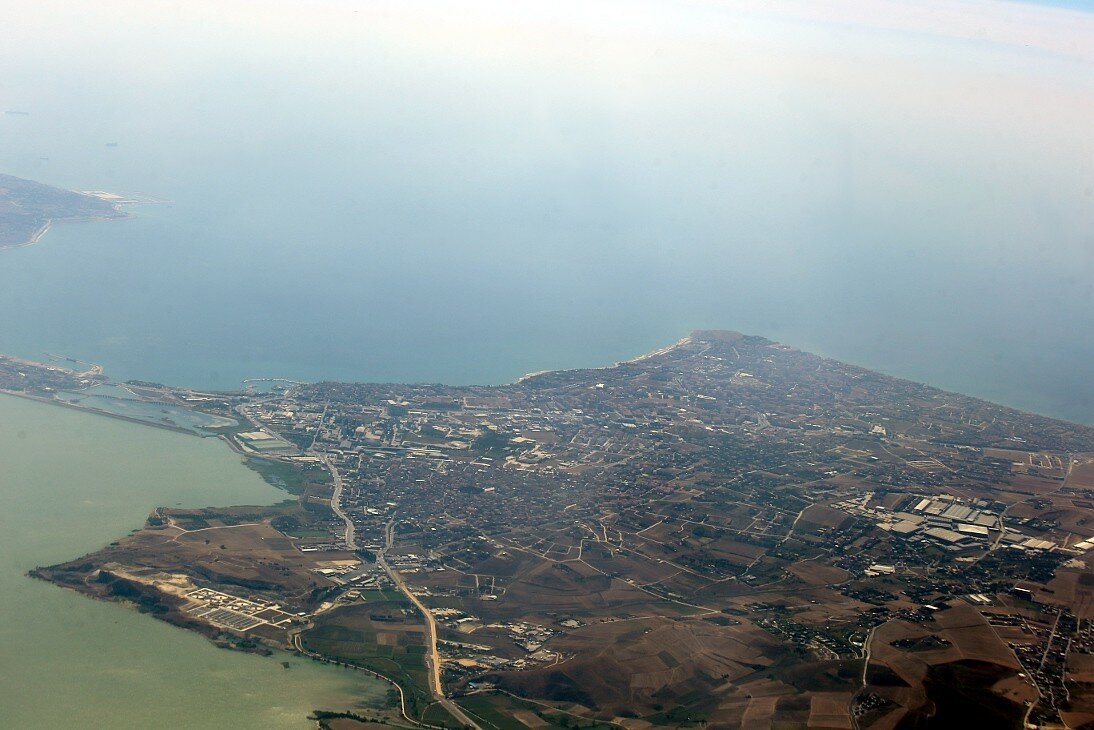