Over Northern Turkey and the Bosphorus. Yekaterinburg-Istanbul

We continue the flight Yekaterinburg-Istanbul. Flying over over the Black sea for 40 minutes, crossing the coastline in Sinopskoye in the Gulf, already in Turkey. 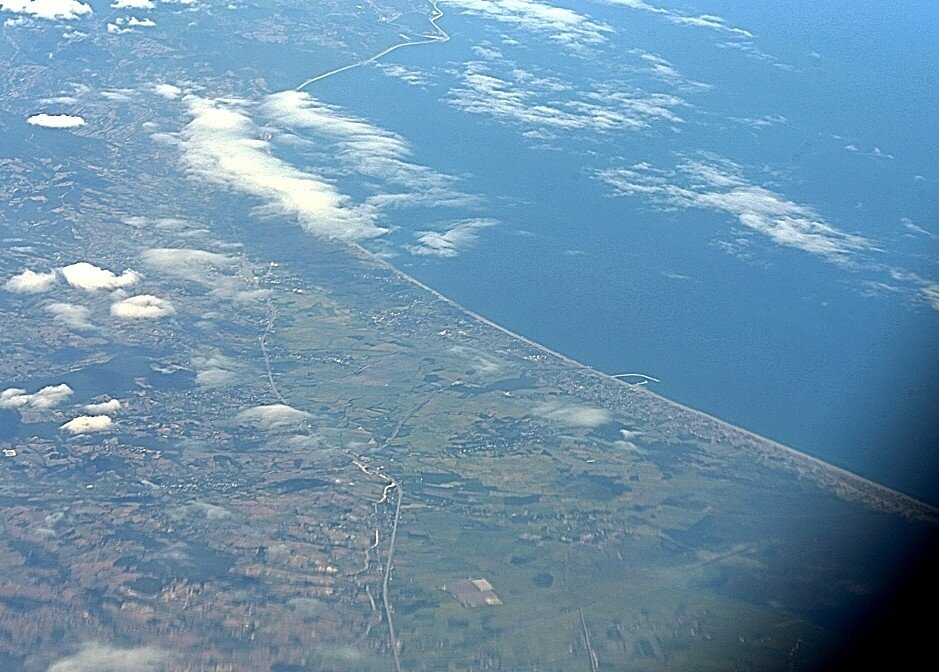 The Province Of Sinop. 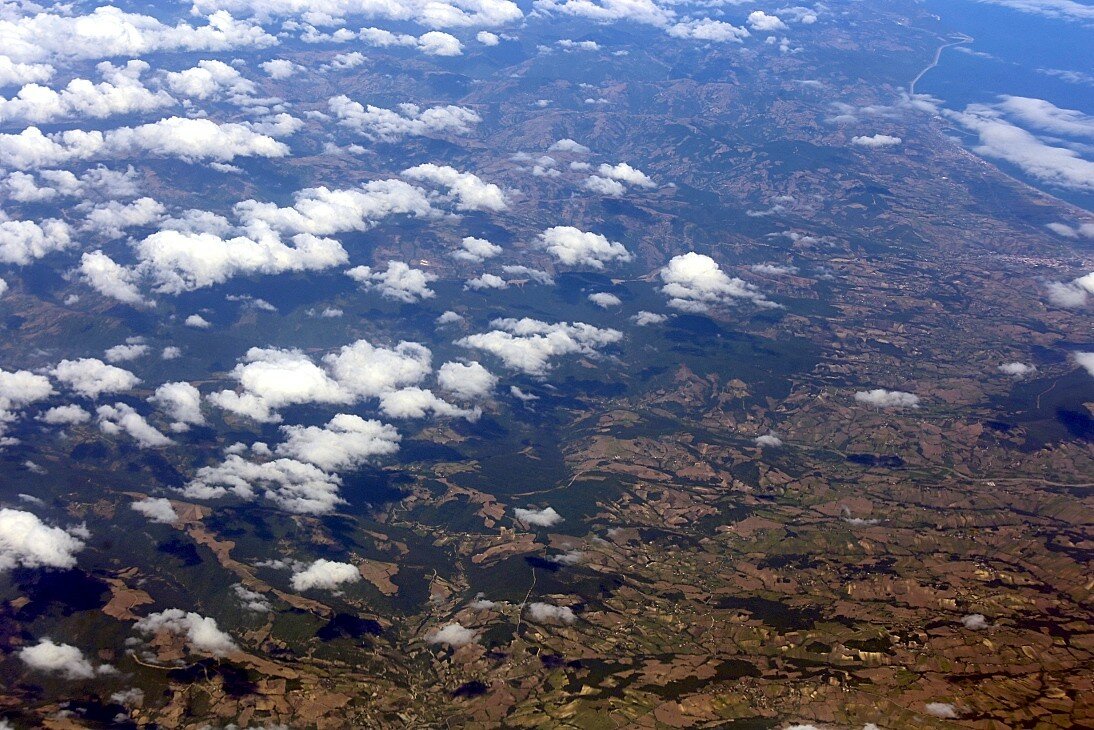 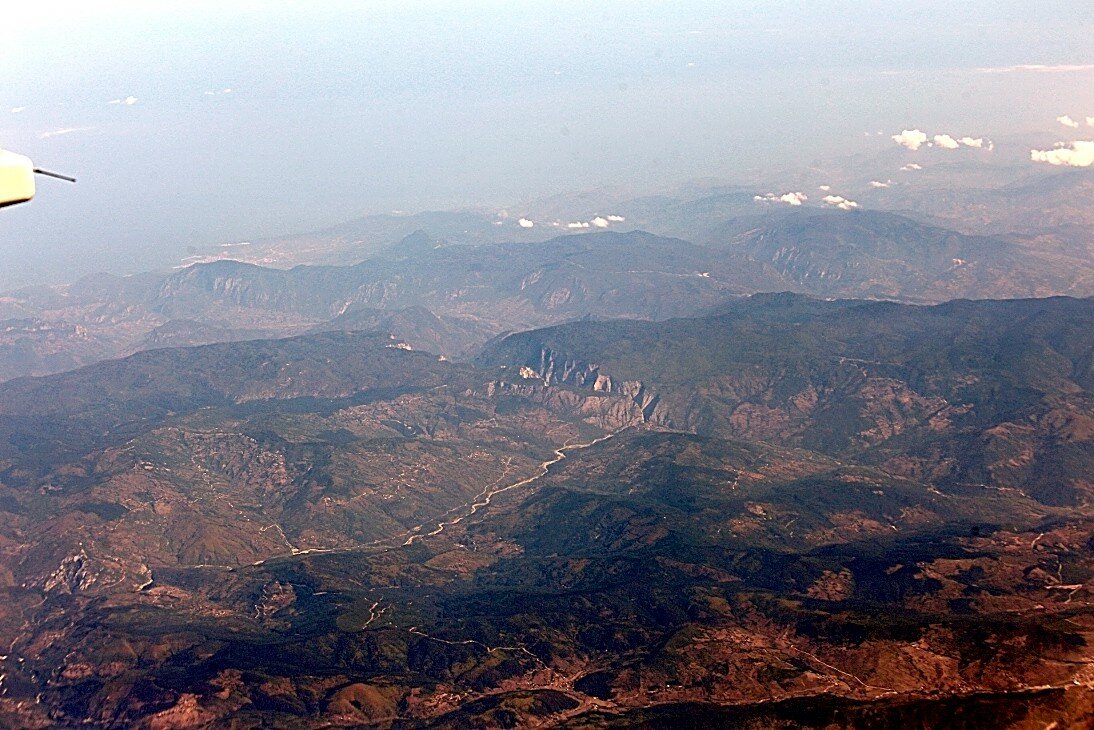 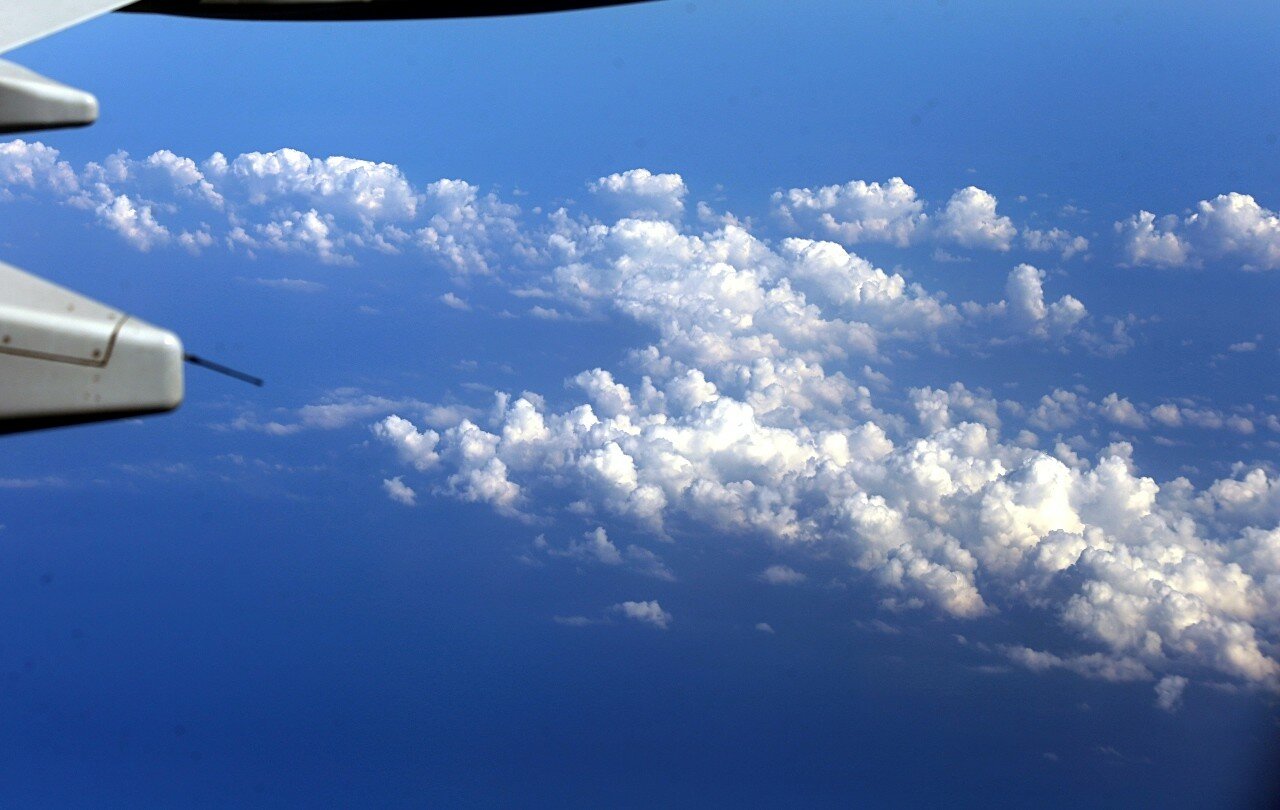 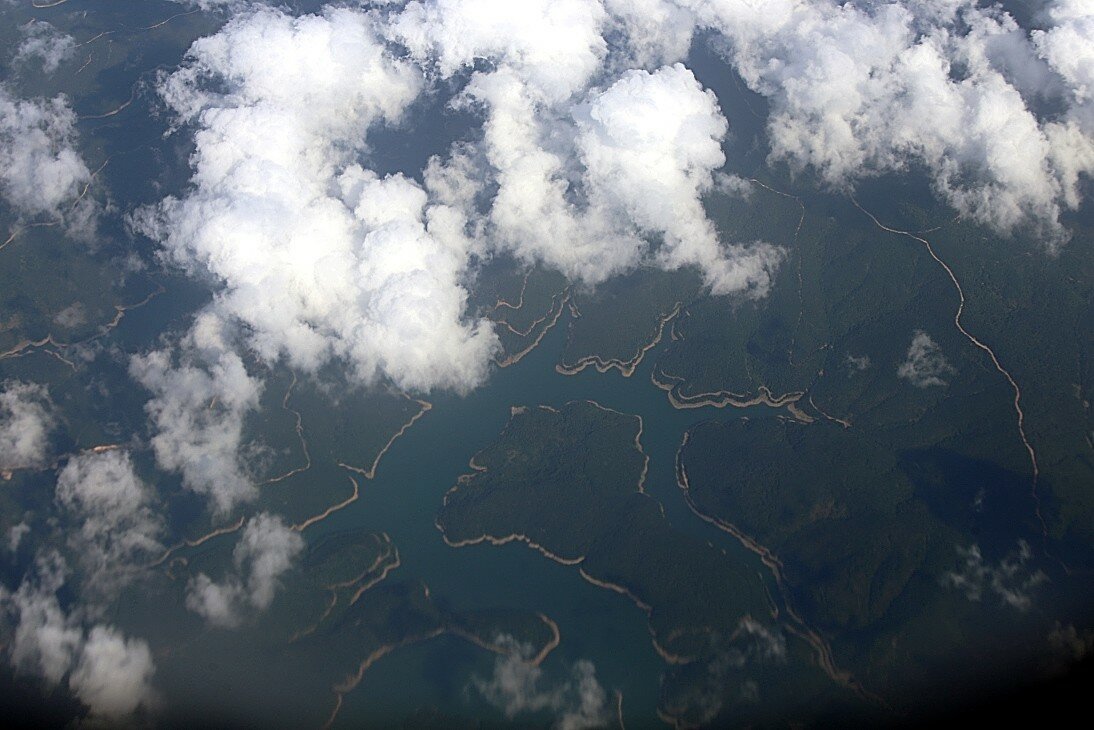 The flight is coming to an end - you can see it on the right almost the entire Bosphorus Strait, with the Sultan Mehmed bridge on the lower left Fatiha, opened in 1988. 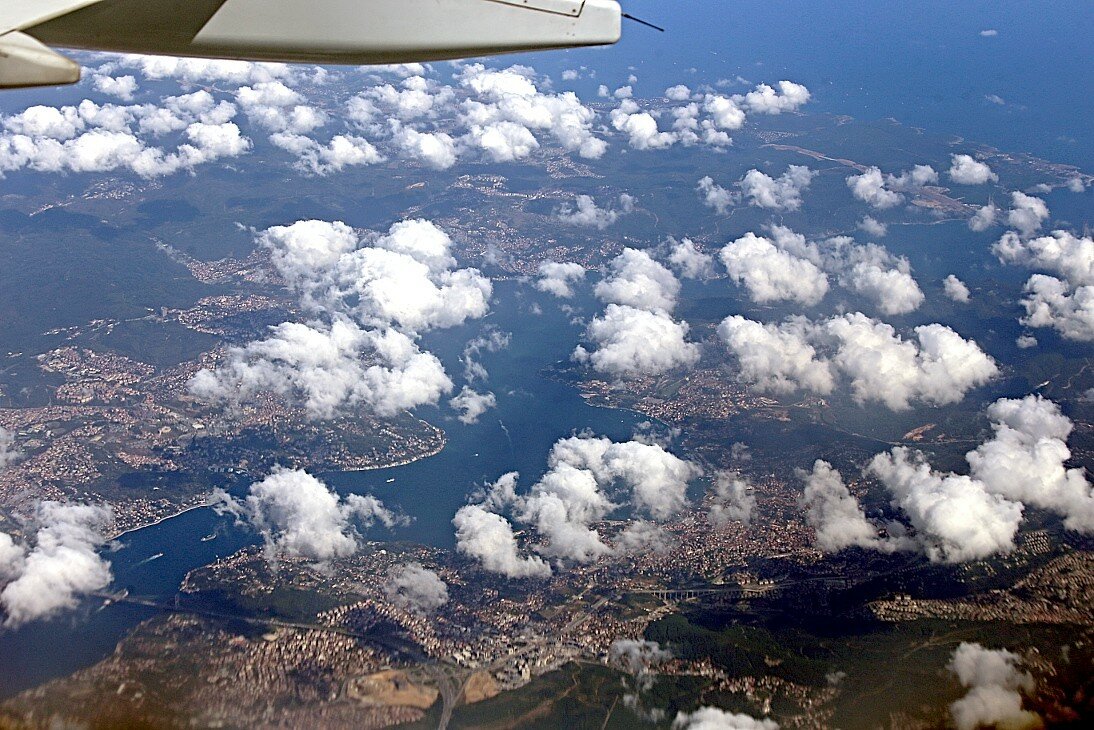 Üsküdar urban district in the North the Asian part of Istanbul. Here the Strait crosses the Bosphorus bridge (top right), opened in 1973, the first suspension bridge over the Bosphorus. A large rectangular building on the left is the army headquarters. 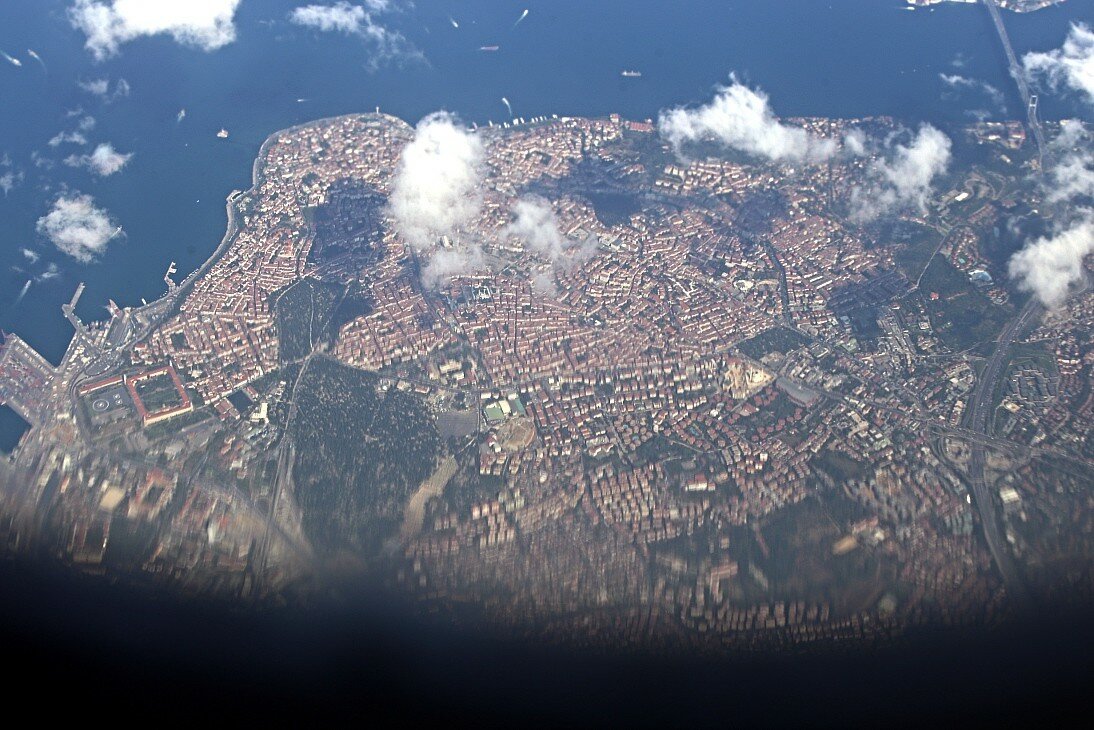 Narrow Golden horn Bay, Halic in Turkish (Haliç), which cuts through the European part of Istanbul. At the mouth of the Bay crosses the Galata bridge, above-the Golden horn metro bridge, after it-the bridge Ataturk. At the top is the Halic bridge, and below it you can see the Bank pontoons of the Old one Galata bridge. 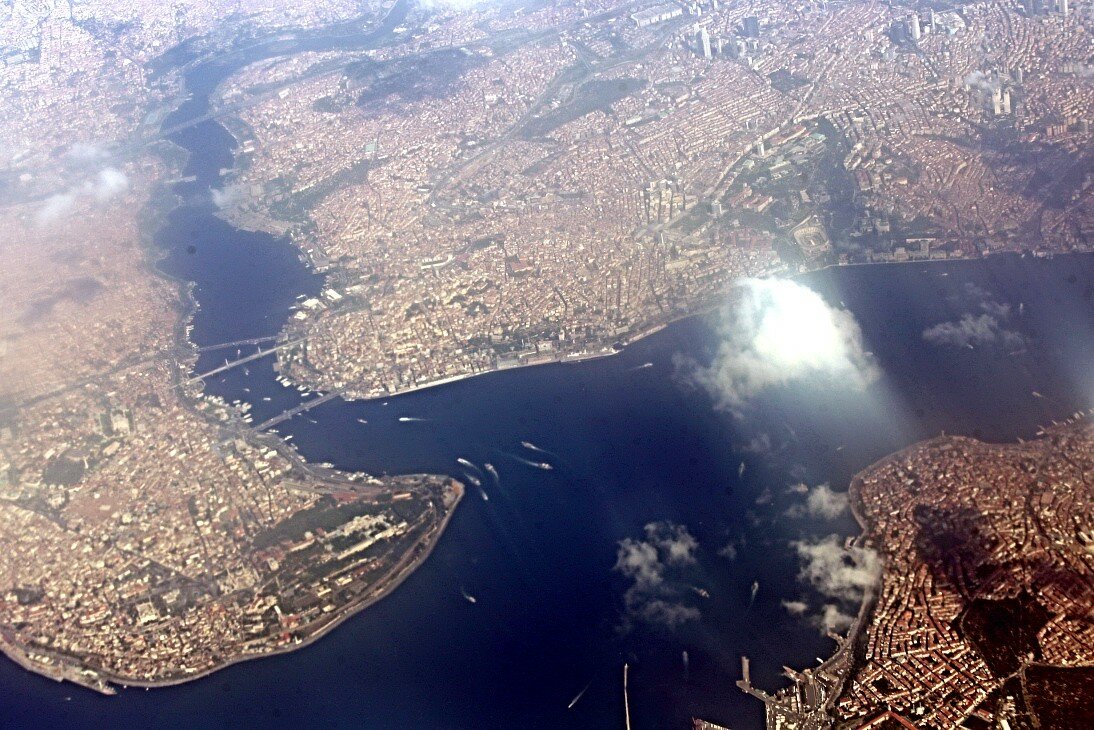 There is always a huge number of vessels in the Strait, 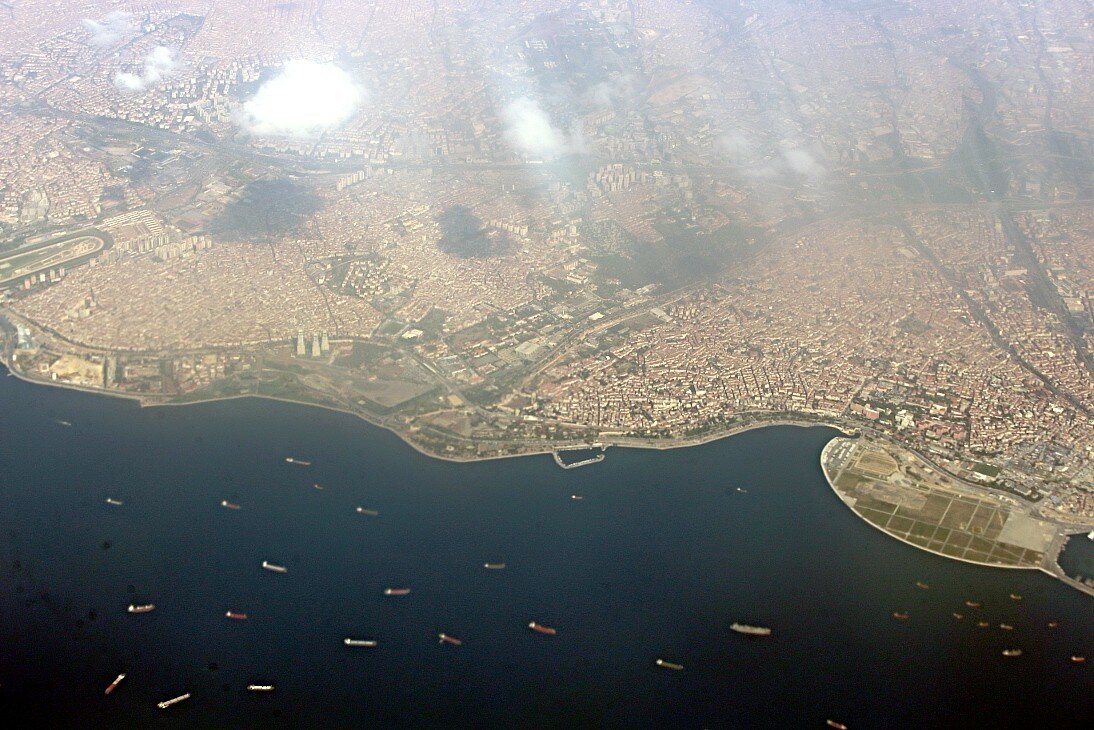 going on a variety of courses. 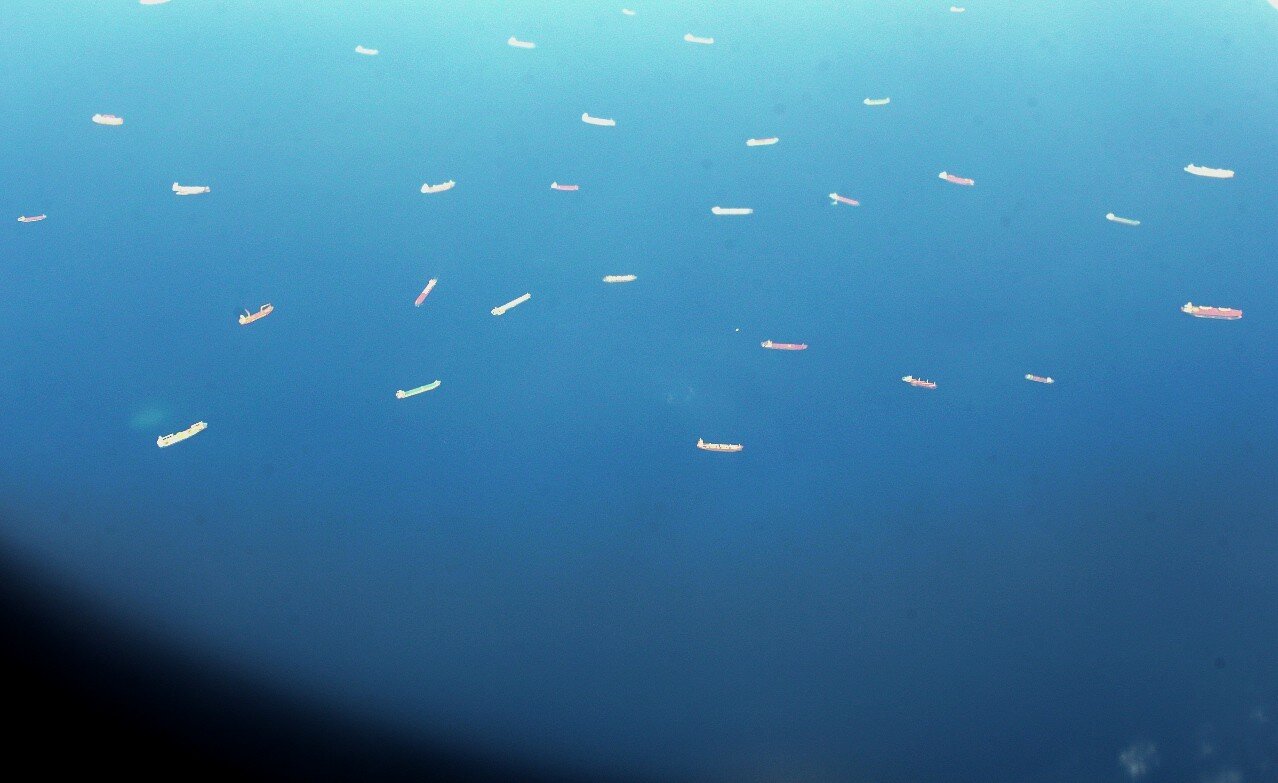 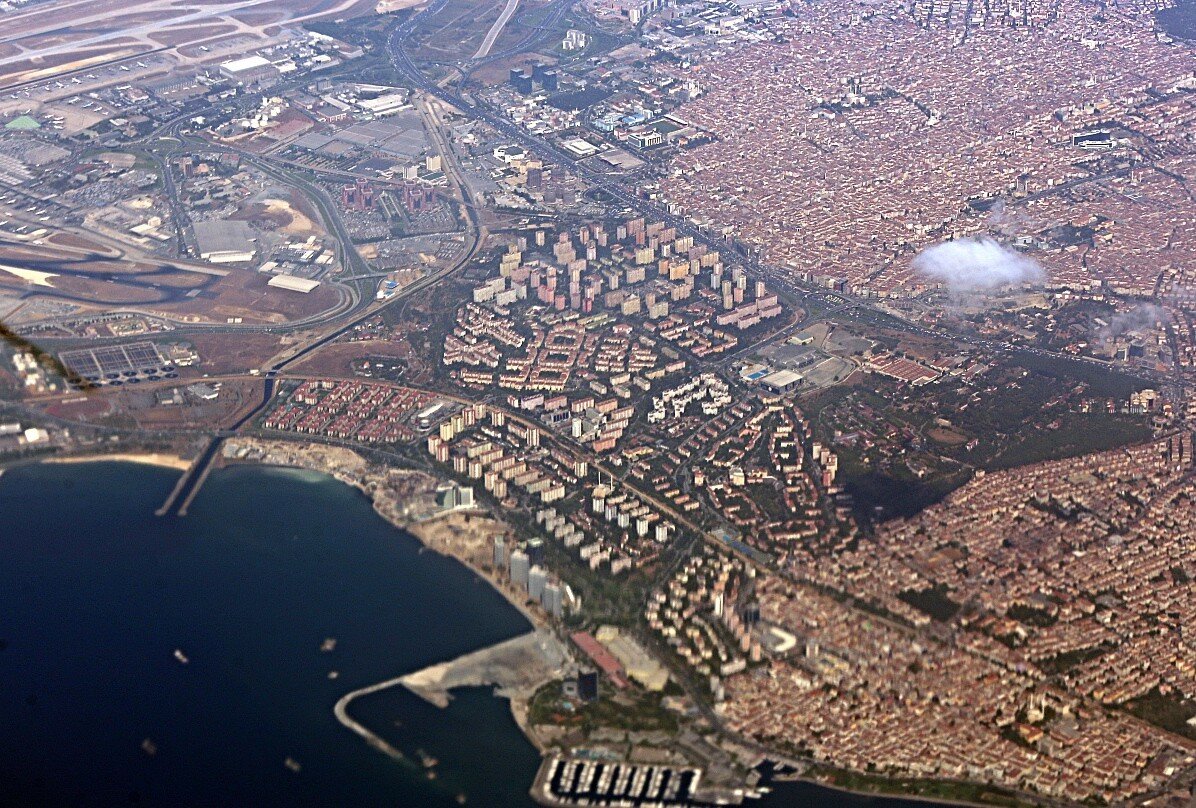 The district Ataka is adjacent to the Ataturk airport - the main air hub of Turkey and the headquarters of the national airline Turkish Airlines. 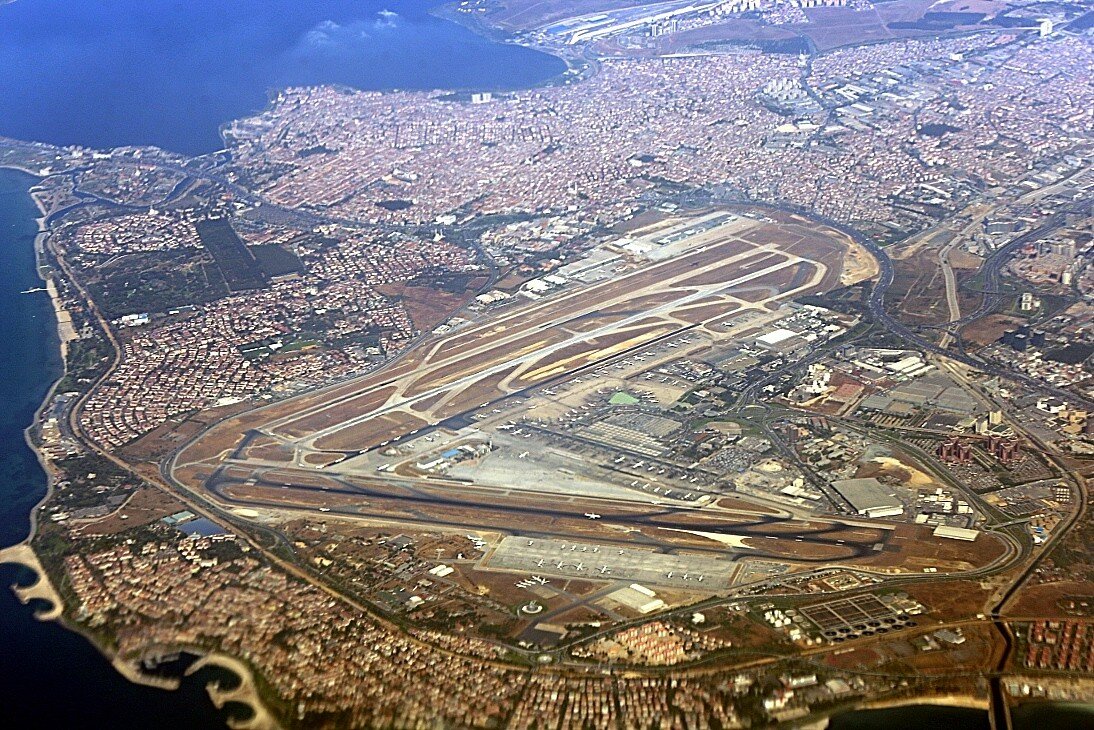 As we circled, lowering our altitude, five planes came in to land, literally one after the other. 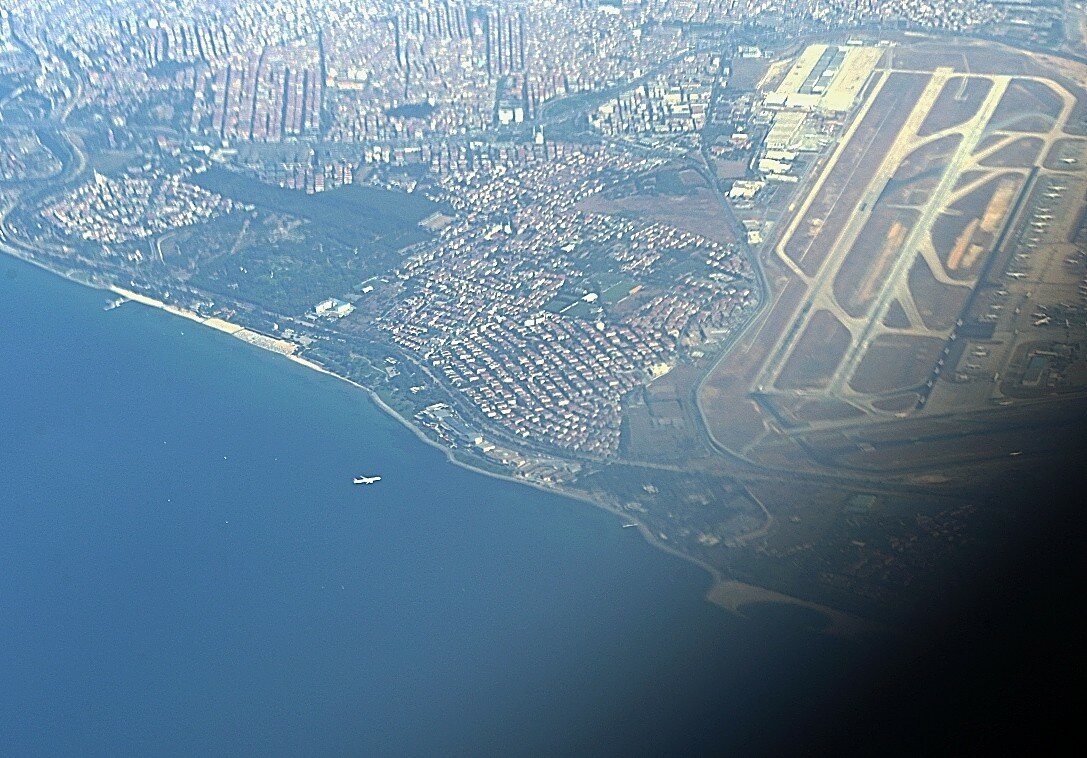 Our plane taxied to the terminal. I was standing next to him The Boeing 777, which I had never seen up close before. The plane hit me the diameter of the turbines was particularly impressive due to their size. 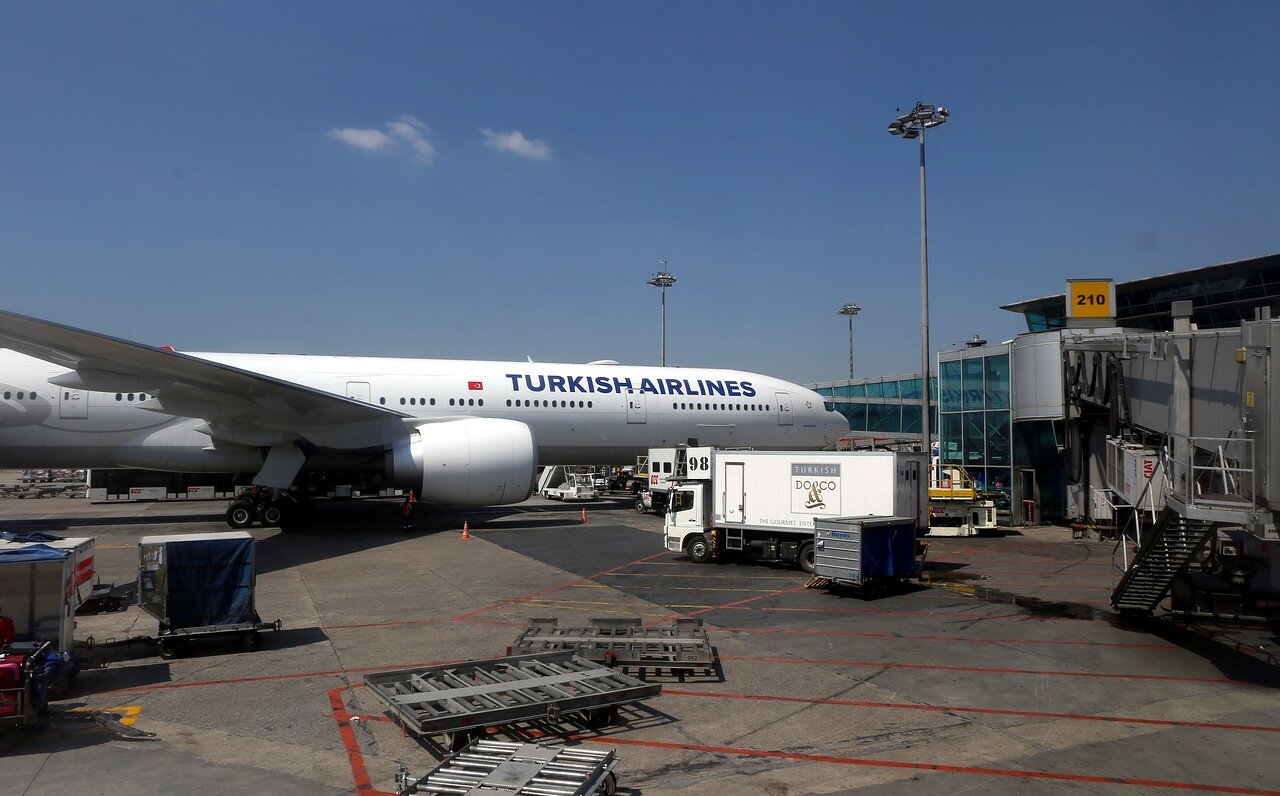 Since the flight from Yekaterinburg was delayed by 20 minutes (usually), and between flights I had only an hour with finally, I almost ran to the gate, where it already ended landing on Lisbon, however, without much hope...however, he managed to do it and even I wasn't the last person to get on the plane. The same can't be said for my Luggage, who can't run and stayed in Istanbul. But more on that later.