Anticipating a collision with Japan in the Pacific, in October 1933, the U.S. Navy announced a competition for a long-range seaplane designed to search for and destroy military transport vessels. The competition was attended by Consolidated, Martin and Douglas. After testing prototypes that had approximately the same characteristics, the military chose the XP3Y-1 flying boat, developed by Consolidated and made its first flight on March 21, 1935. The decisive factor was the low cost of production (90 thousand dollars). After specifying the specifications, the aircraft was put into service and in October 1936 the first copies were delivered to the naval aviation units. The aircraft received the designation PBY-1 in accordance with the United States Navy aircraft designation system adopted in 1922: PB means Patrol Bomber, and Y is the manufacturer's code assigned to Consolidated Aircraft. The aircraft was also produced by the marine aviation plant under the name PBN, built by Vickers were called PBV, Boeing Canada produced them under the name PB2B. In November 1941, the aircraft was named Catalina after the island of Santa Catalina near California. Under this name, he entered the history of the Second World War. 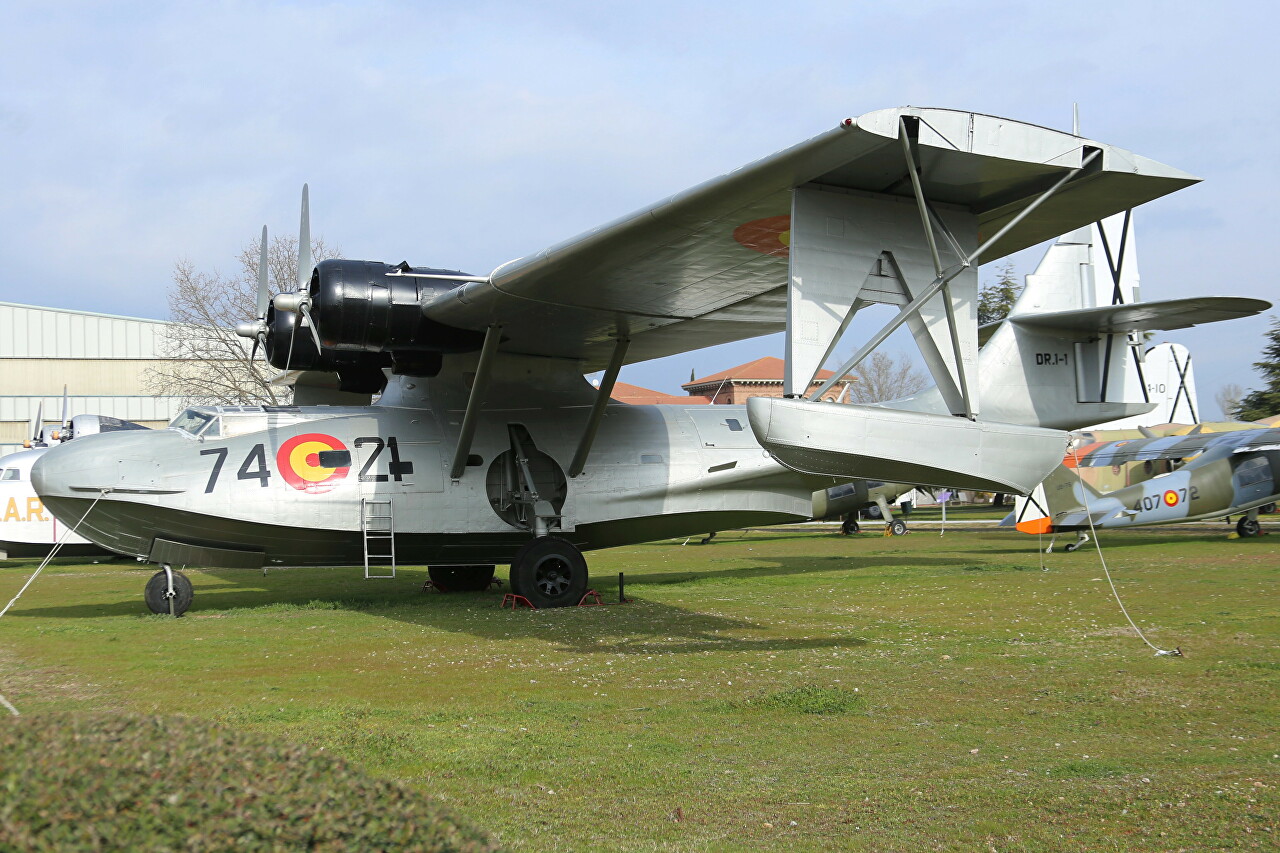 Catalina was used in all theaters of war and made a significant contribution to the victory of the United States over Japan. The aircraft operated on the Japanese sea communications, attacking military convoys, searching for the crews of downed aircraft over the sea, protecting their convoys from submarines, and supplying observation posts on remote islands. About 500 aircraft were in service with the British Royal Air Force, 186 units were received under Lend-Lease to the Soviet Union, where they performed ice reconnaissance and searched for German submarines on the routes of northern convoys. Production continued until 1945, with more than 3,300 aircraft built, including 630 in Canada and 27 in the USSR.

After the war, most of the Catalines were taken out of service by the Allies and sold all over the world, where they served in military service until the eighties. Currently, many aircraft are used to extinguish forest fires, as well as are in private hands. One of the Catalinas belongs to the team of marine explorer Yves Cousteau. 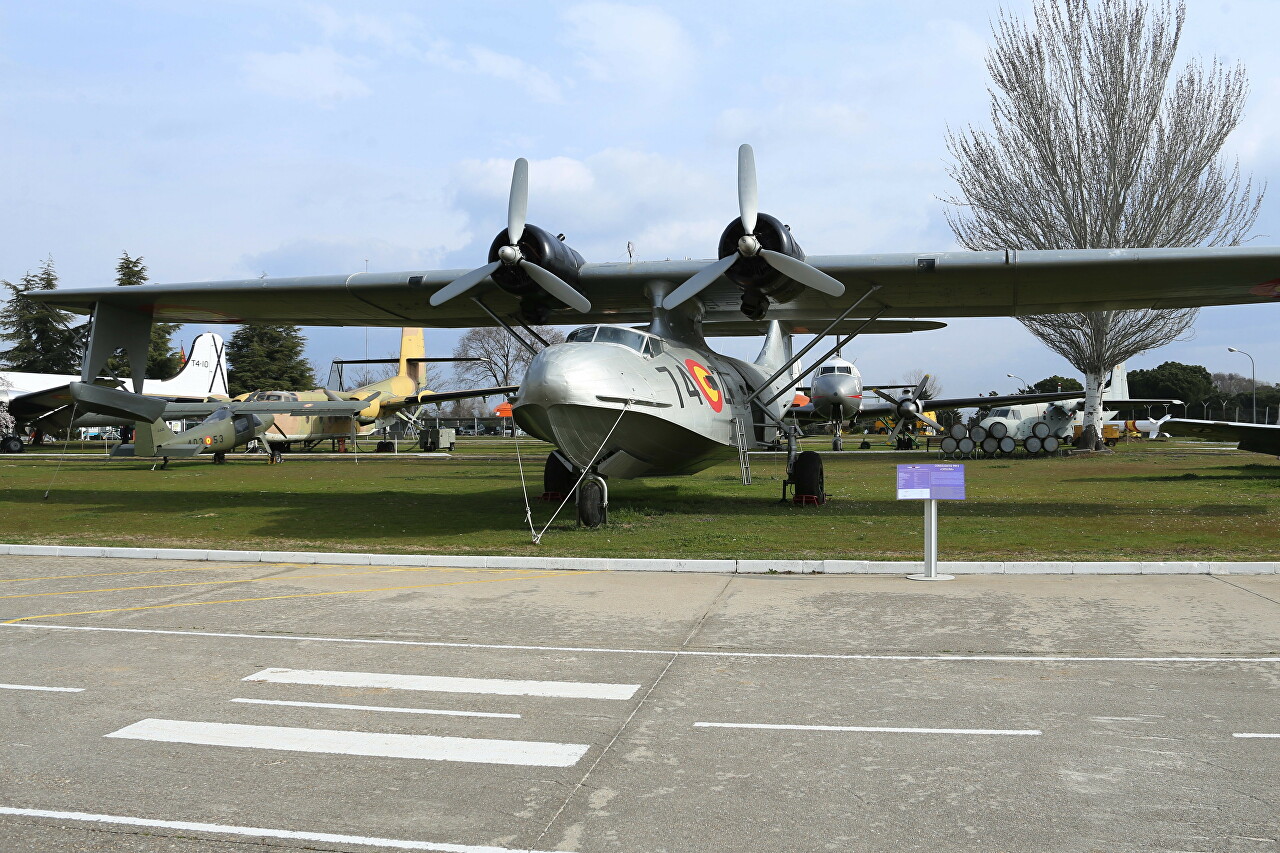 In Spain, there was only one Catalina, which belonged to the US Navy and in 1942 mistakenly landed on the territory of the Spanish colony in Western Sahara. Francoist Spain officially maintained neutrality, but in fact was in allied relations with Germany, so the plane was confiscated, and the crew was interned. In 1949, the Catalina was used to extinguish forest fires by installing a tank with a capacity of 3,600 liters of water. Firefight Catalina worked first in the province of Salamanca, then on the island of Majorca, where it crashed in 1954. In the Madrid Museum of Aeronautics there is a copy received from Chile on an exchange. 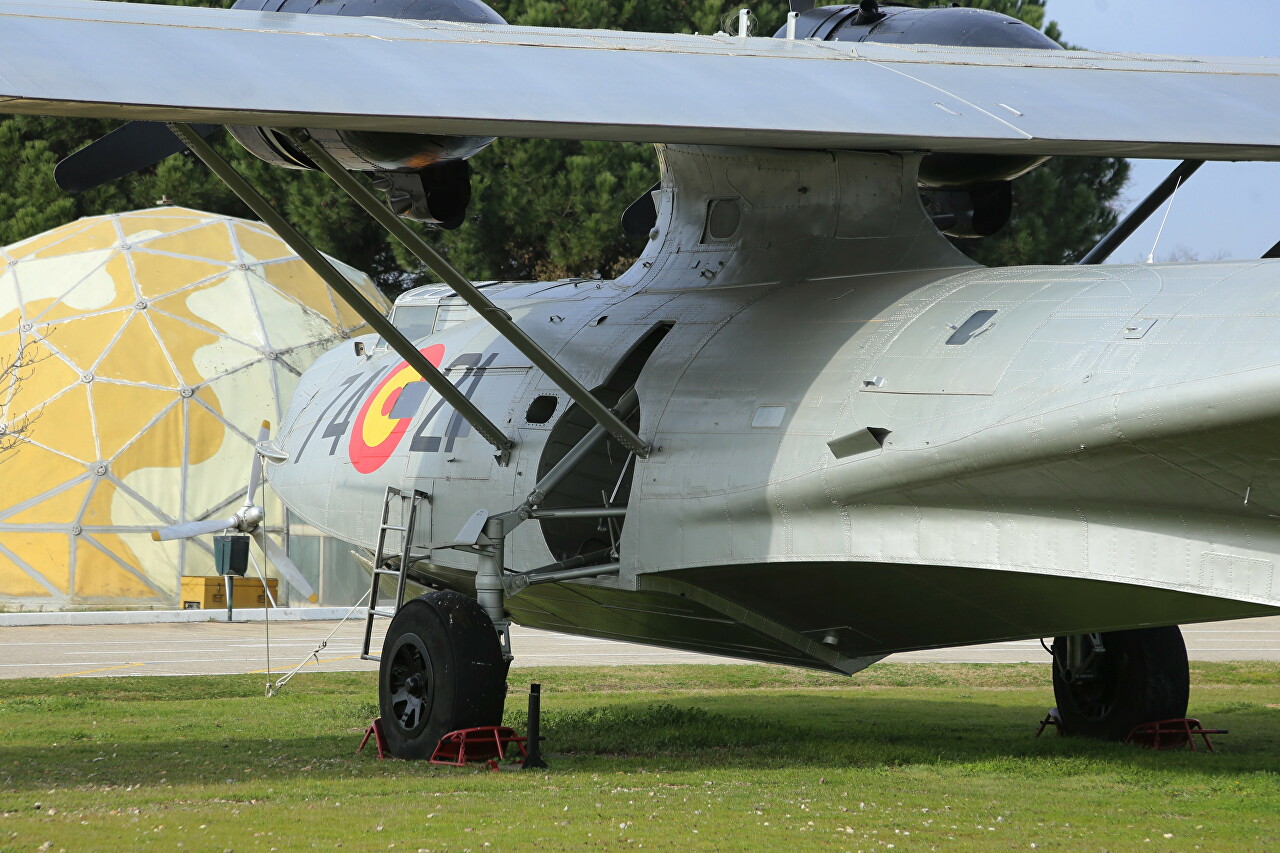 The PBY-5A modification was produced from October 1941 to January 1945, with a total of 803 units built. The main feature of this model was a retractable tricycle landing gear with hydraulic drive, the aircraft could take off both from water and from land airfields (amphibious). 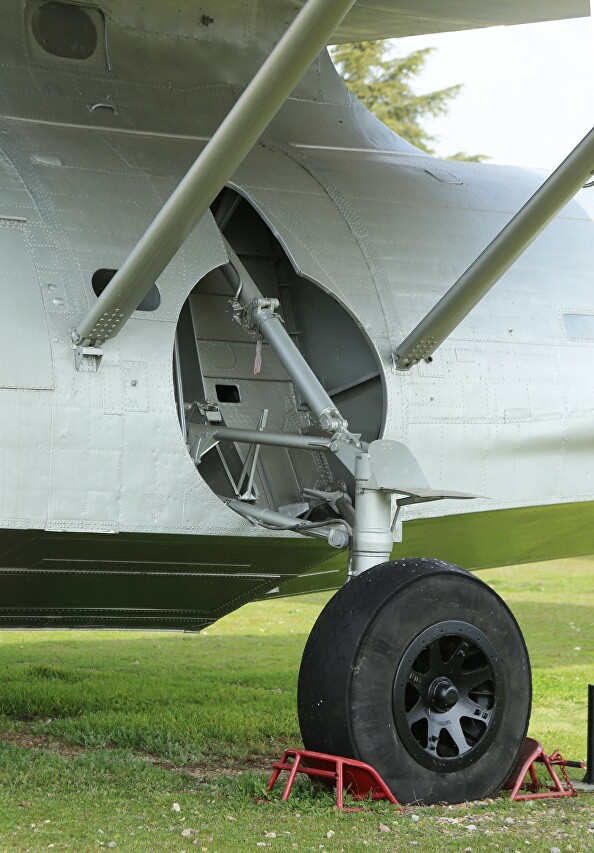 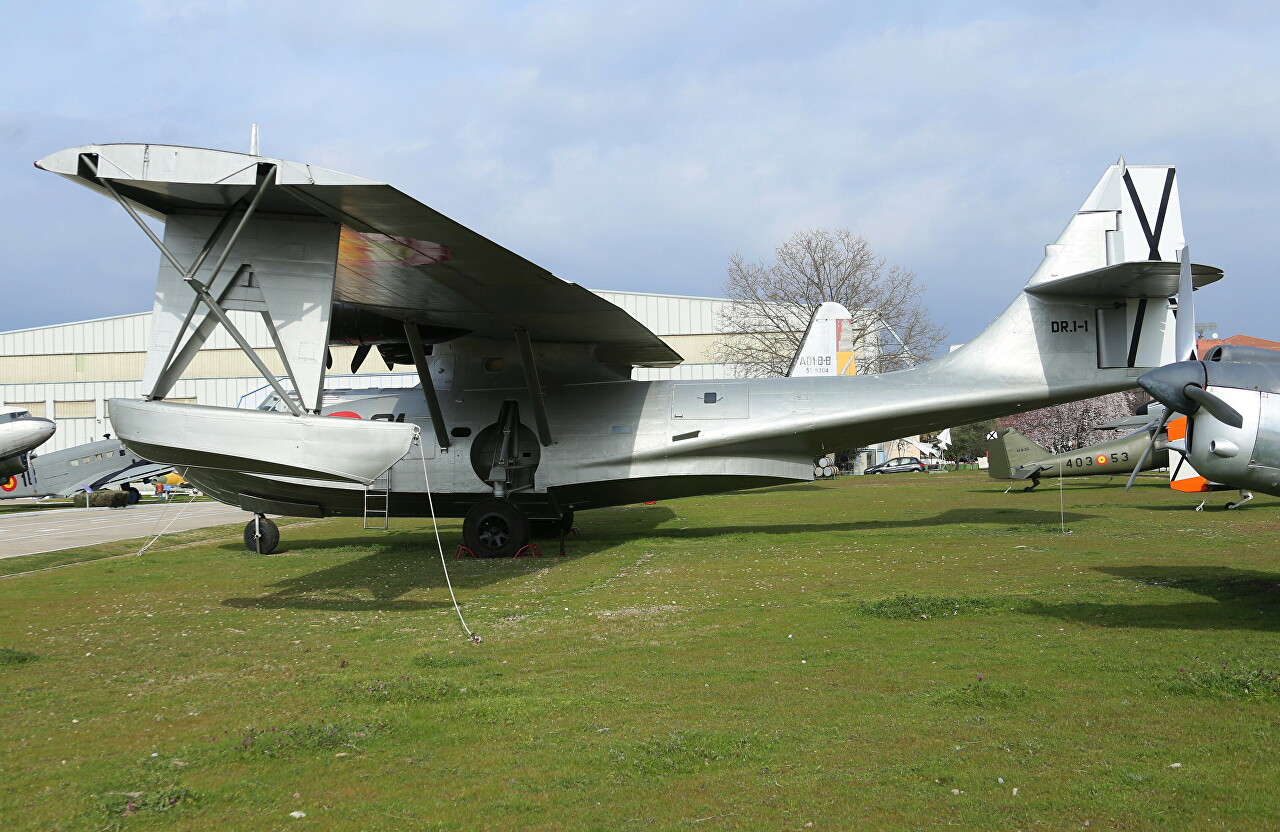 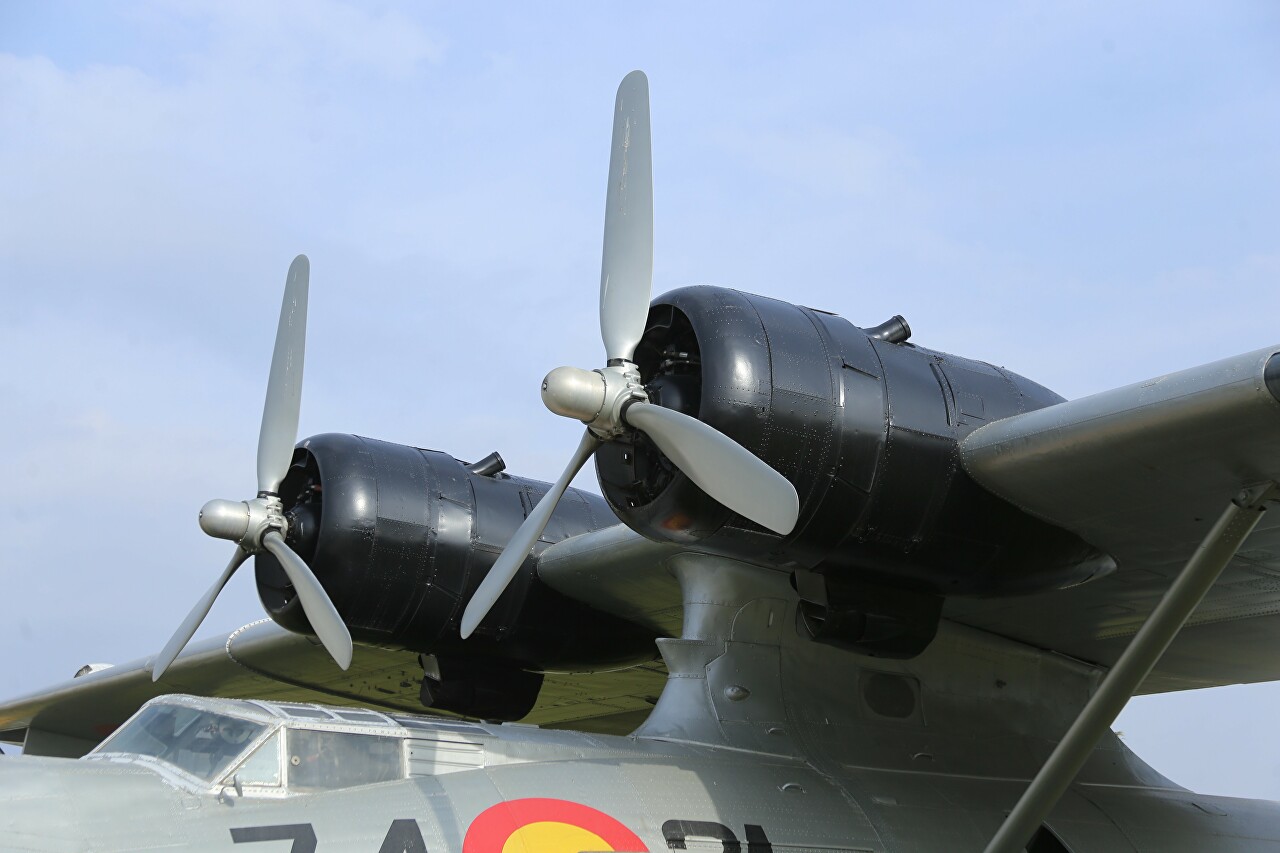 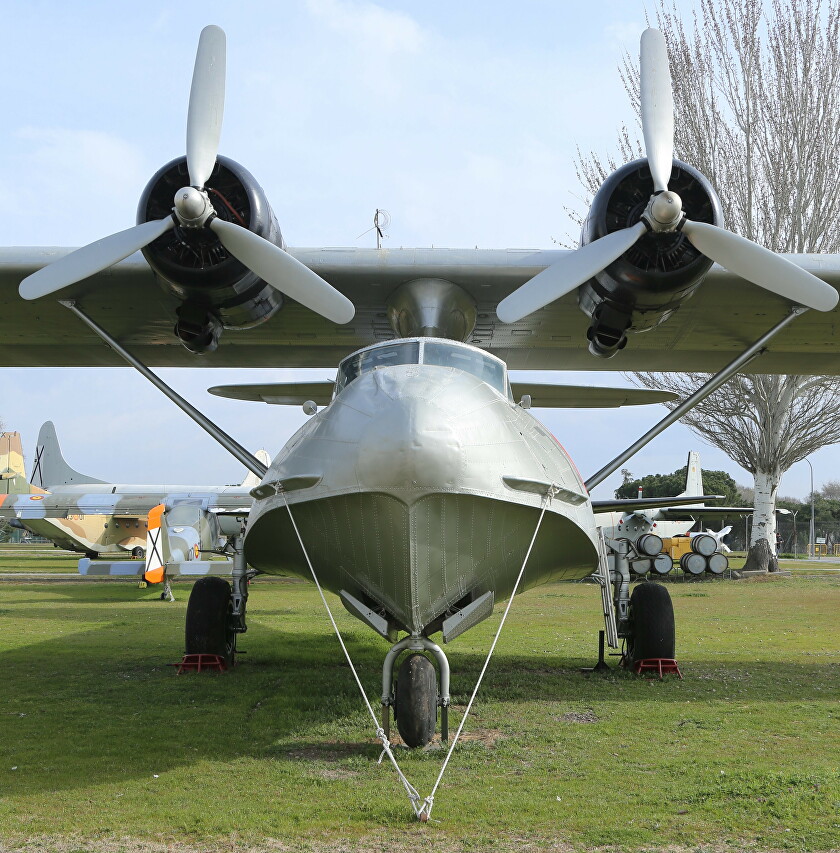