To the south-west of the Old Bridge is Nidaros Cathedral (Nidarosdomen), the most important Lutheran Church in Norway.

Olaf (Norvegian Olav), king of Norway from 1015 to 1028, first of all is known for spreading Christianity, and he did it far from peaceful methods. This provoked the discontent of the chiefs, who, calling on the aid of Cnut the Great, king of Denmark and England, and defeated Olaf's army at the battle of the Heleo river in 1028. The king fled to Russia, where he took refuge in Novgorod at the court of Prince Yaroslav the Wise. Years later, he decided to return and try to win back the Kingdom. Olaf was killed on 29 July 1030 in a battle with a Norwegian peasant militia and a Danish army at Stiklestad. 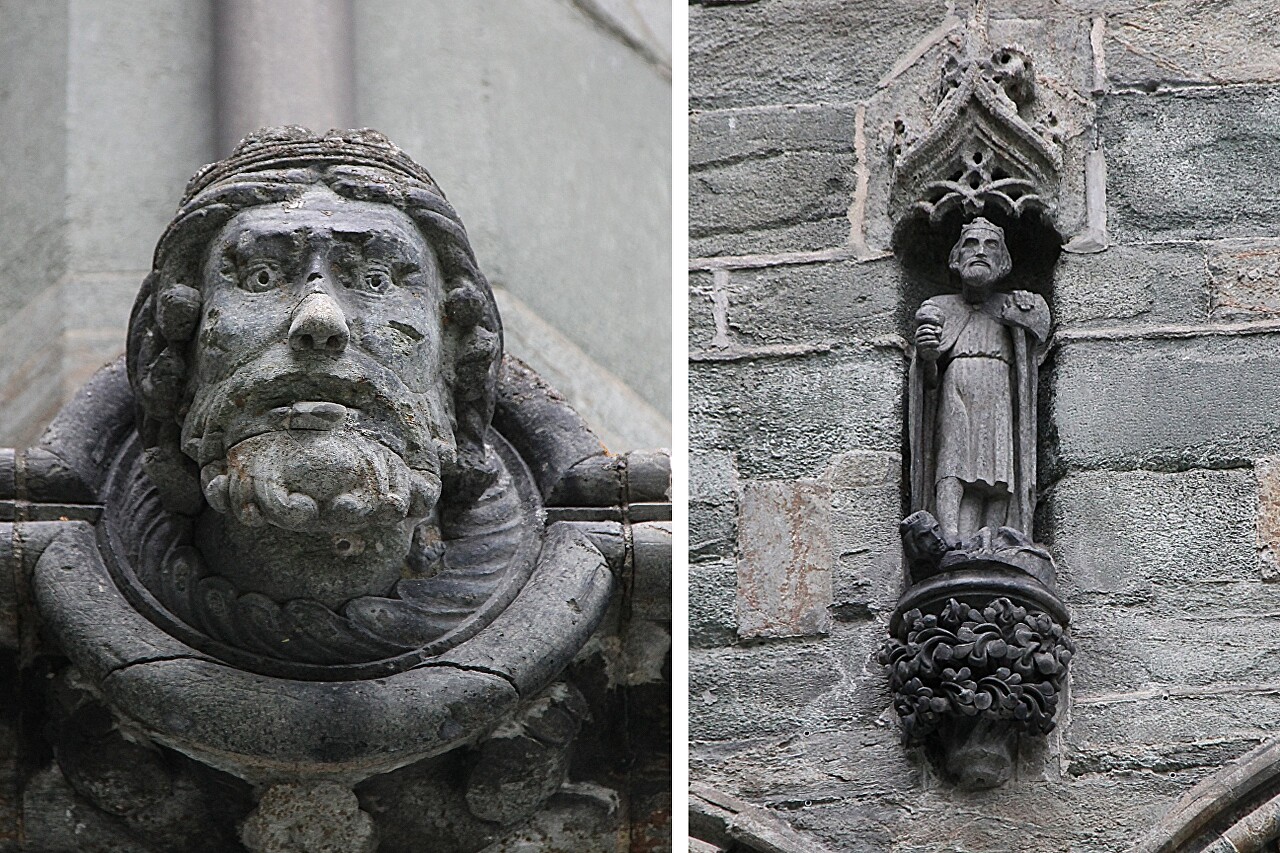 The king's body was buried on the banks of the river Nidelva, near Nidaros (now Trondheim). After near Olaf's tomb, miracles began to happen, and he was beatified (1032). In 1164, Pope Alexander III officially canonized Olav. Olav became a national hero of Norway and its patron Saint. Around 1070, construction of a stone Church began over the grave of St. Olaf, on the site of a wooden chapel built in the 1030s, which was completed 20 years later. Olaf's tomb became an altar and an object of mass pilgrimage. This contributed to the development of the city, and in 1153 Nidaros became the seat of a Bishop. 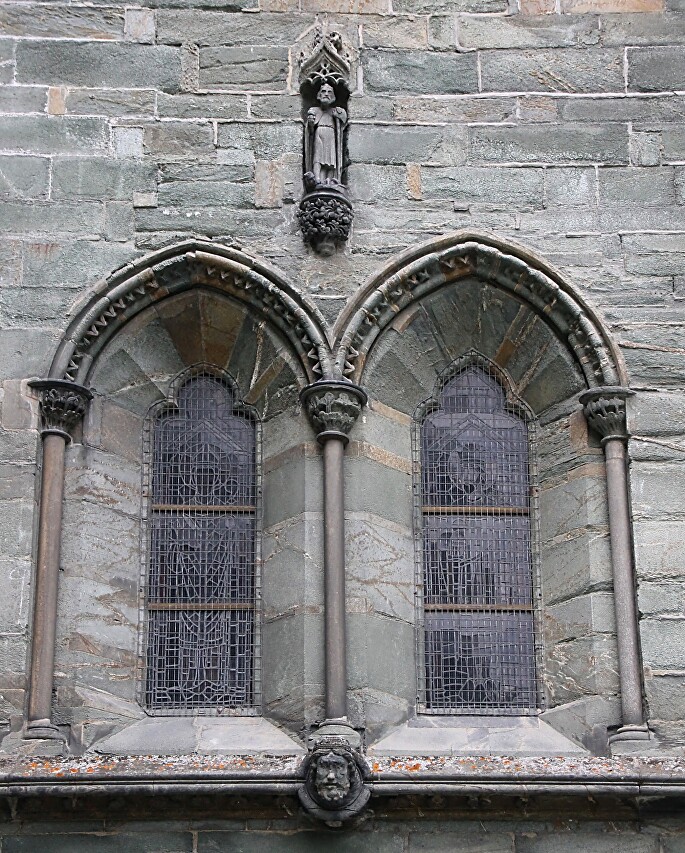 In 1183, Bishop Øystein visited England, where he was impressed by the grandeur and richness of the architecture of religious buildings. Returning to Trondheim, he initiated the construction of a magnificent Church in the Anglo-Romanesque style, which was completed around 1300. Nidaros Cathedral became the main Cathedral in Norway and was popularly named "Norvegiæ Kop" (Norwegian Heart). 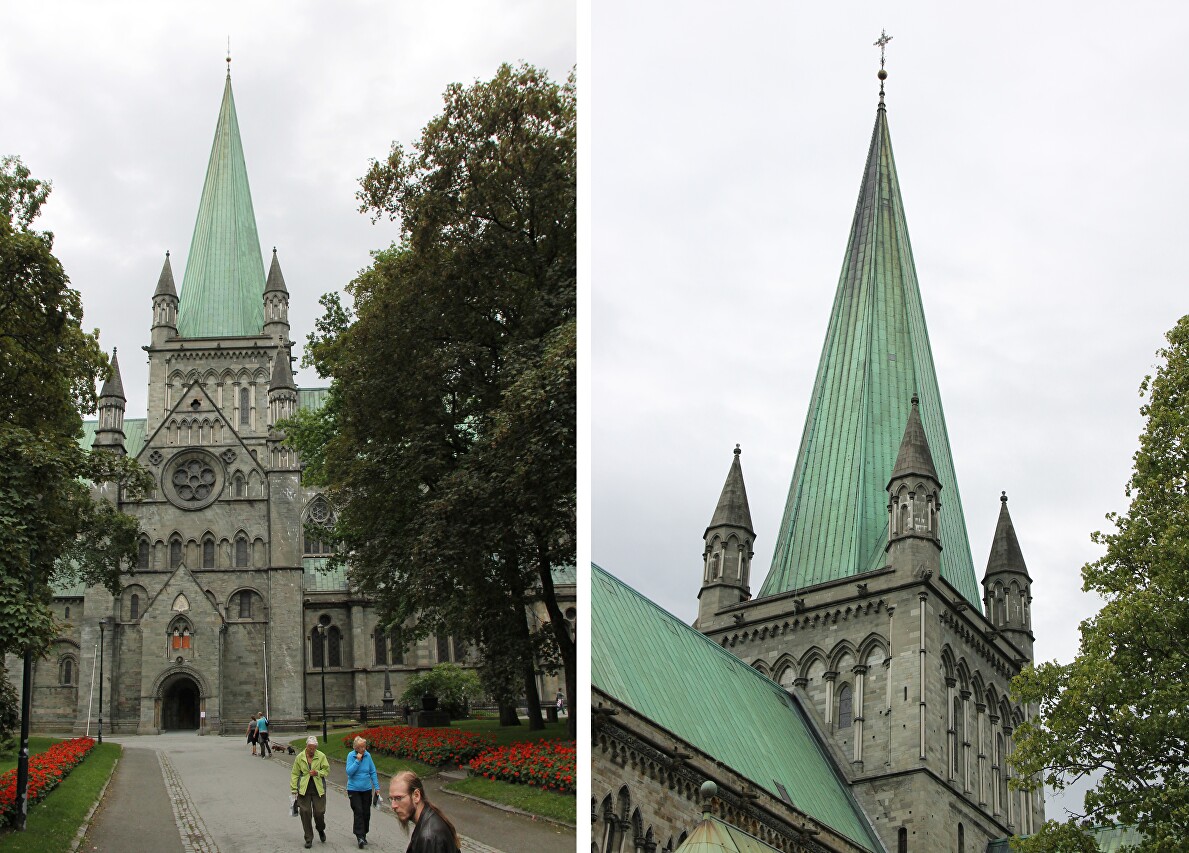 As a result of the reformation, in 1537 the Cathedral became Lutheran. In the 1814 Constitution, Nidaross was designated as the official place of coronation of Norwegian monarchs. The last ceremony was held here in 1906, at the accession of Haakon VII to the throne, later the event was moved to Oslo. 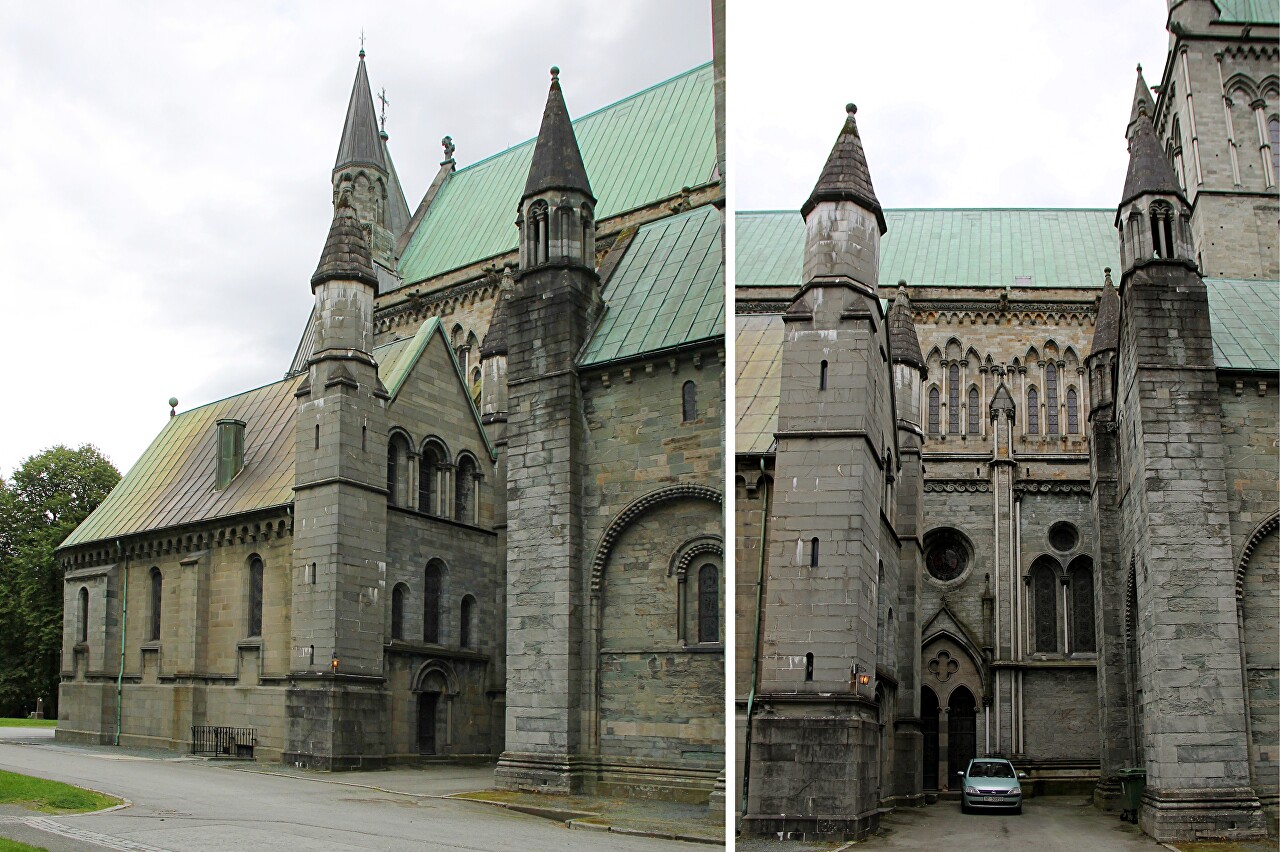 The Cathedral suffered from fire in 1328, 1432, 1451, 1531, and the fire of 1708 left the building only stone walls, in 1719 the fire occurred as a result of a lightning strike. In this regard, the Cathedral has changed its appearance many times. The most extensive restoration began in 1869 under the direction of the architect Heinrich Schimer, the Builder of St. Olaf's Cathedral in Oslo. The work continued for more than 130 years and was officially completed in 2001. 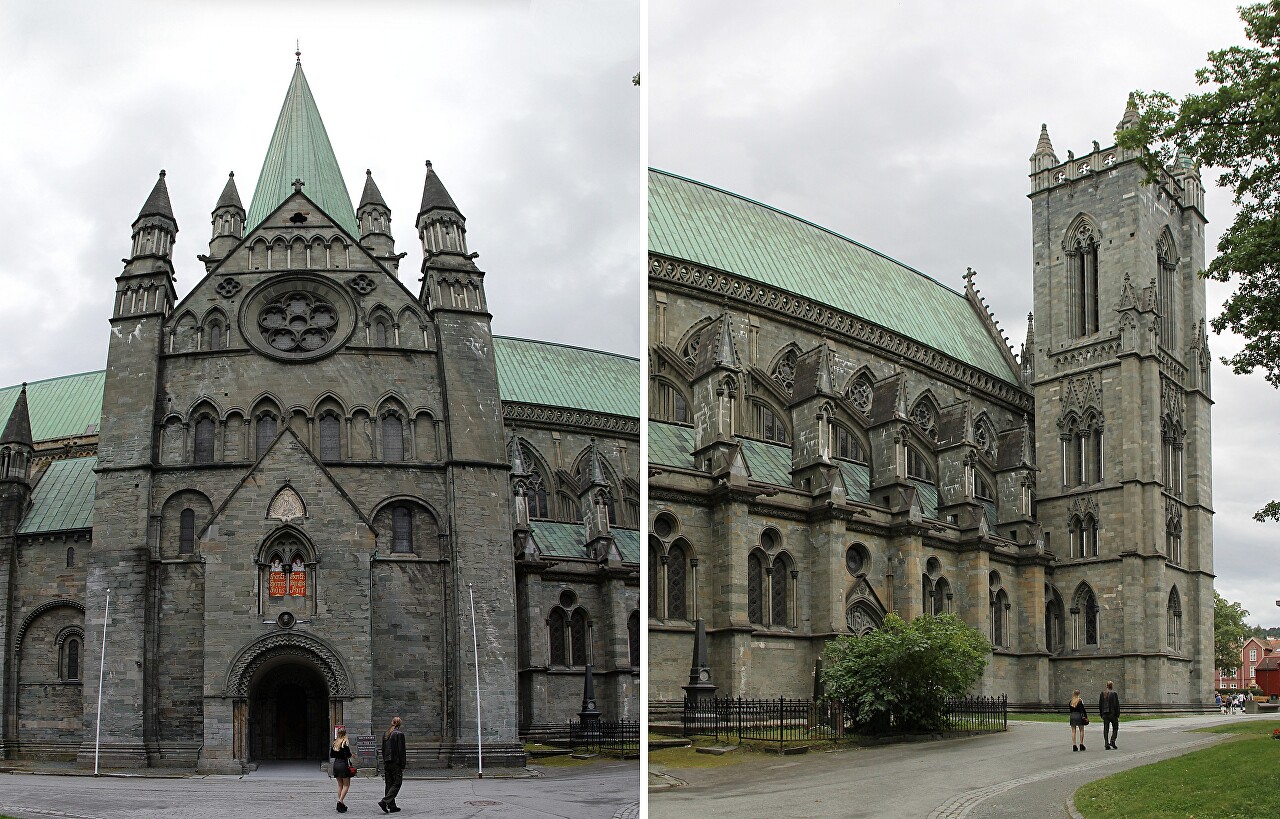