For a long time the ferry was the only way to cross the fjords, now they are gradually replaced by bridges and tunnels. The road network in Norway is developing very intensively, despite the fact that transport on the roads is not as much as, for example, in Central Europe. Through two dozen kilometers to the West from Kanestraum the E39 highway crosses the Gjemnes strait (Gjemnessund) one of the most elegant bridges of Norway. The road goes along the shore, so you can see the bridge in all its glory against the backdrop of no less picturesque mountains. Gjemnes suspension bridge (Gjemnessundbrua) was opened in 1992 and until 2013 remained the longest in Norway. The length of the bridge is 1257 meters, the main span is 623 meters, and the height above the water is 43 meters. Pylons of the bridge rise to a height of 108 meters from the water level. 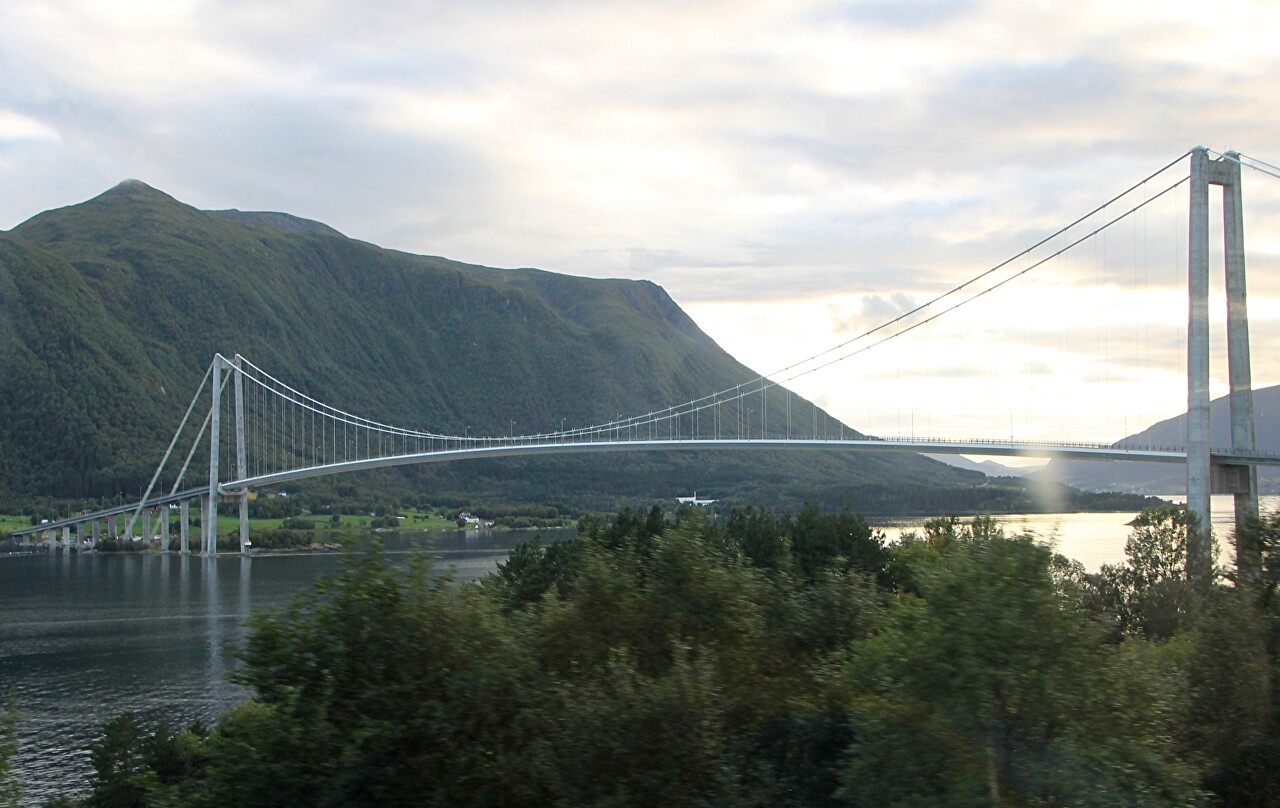 However, very soon the building was faced with a completely unexpected problem, which brought three-toed seagulls (Rissa tridactyla). Birds have chosen the ledges bearing structures of the bridge for their nests, forming the largest colony in Norway. Droppings contain ammonia and salt, quickly began to destroy the concrete and steel rebar. All attempts to scare away the birds were not successful and in a few years radical measures were taken - the structures were cleaned and repaired, then a synthetic coating was applied, which protected the concrete from the products of bird life. (photo wikipedia.org)