In 1973, the government of the USSR commissioned the Central Naval Design Bureau "Almaz" to create a small strike ship to carry the Mosquito anti-ship missiles. This development was a response to the appearance of similar ships in the NATO naval forces. The design team under the leadership of E. I. Yukhin worked on the project of such a ship since 1969, and in 1976 began testing the prototype, called "project 2141". In NATO these ships are known as the Tarantul 1 class corvettes. 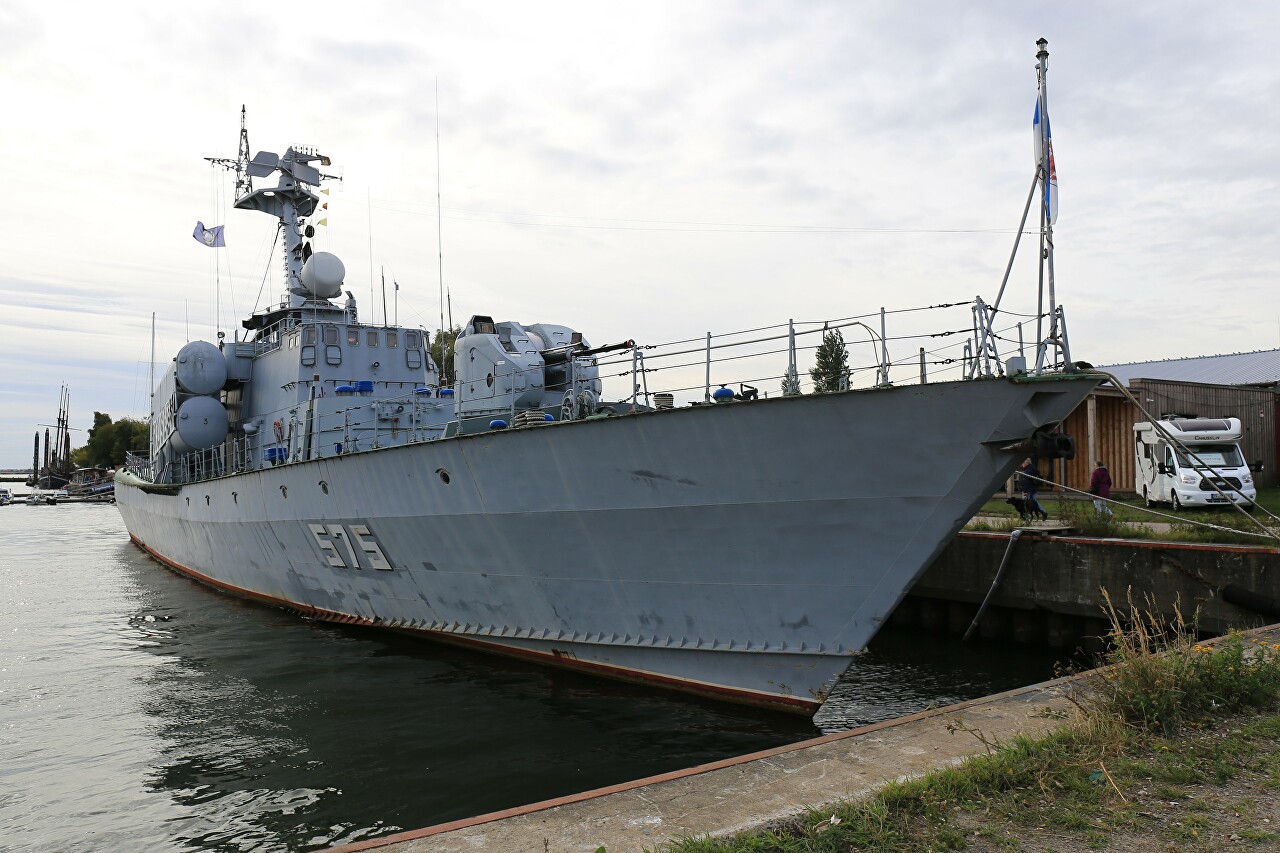 The hull of the boat with a length of 56.1, a width of 10.2 and a draft of 3.8 meters with a displacement of about 500 tons has good seaworthiness, ensuring safe operation in waves of 7-8 points. 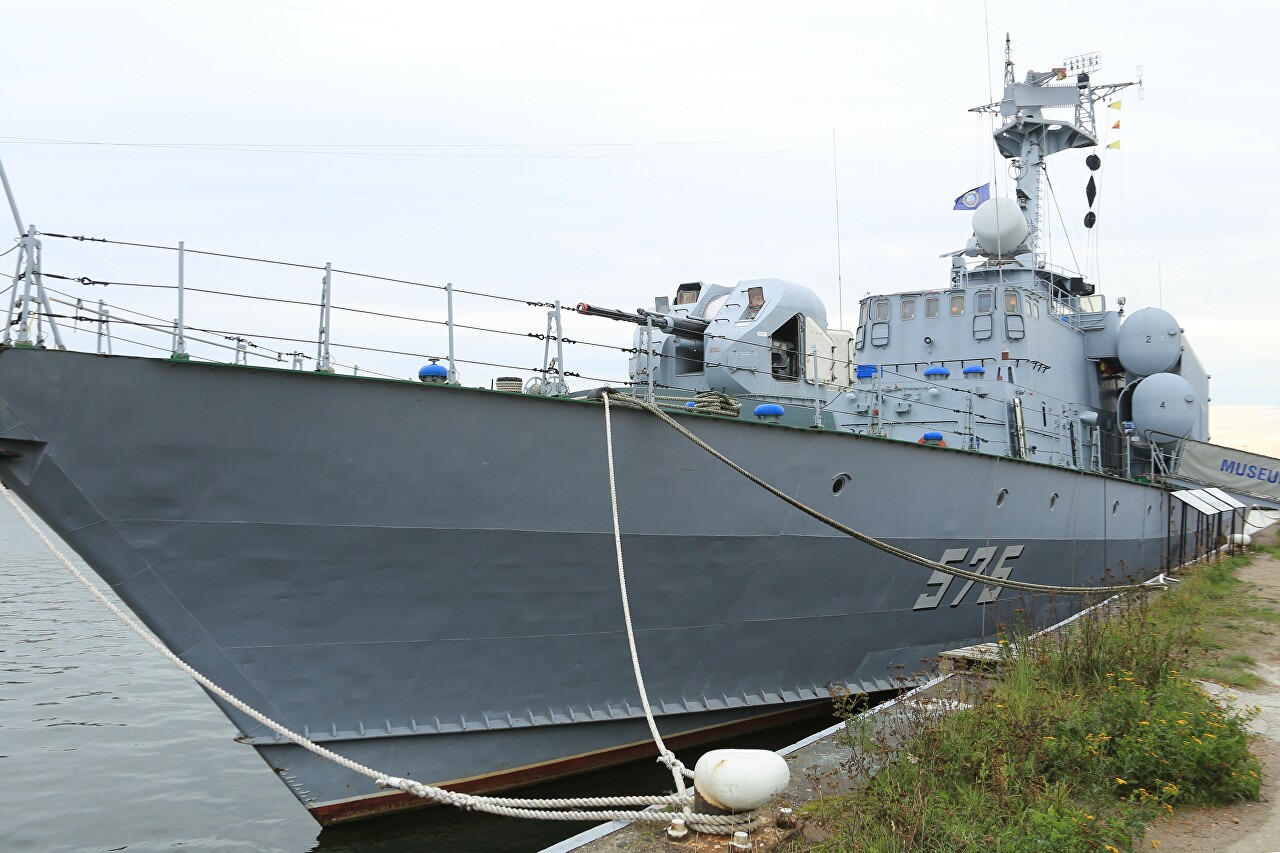 Since by that time there were big problems with the production of anti-ship "Moskit", the ship was armed with P-15" Termit " missiles (according to the NATO classification SS-N-2 Styx) with a range of 80 km, the same missiles in the export version were called P-21, they were armed with an export modification of the 1241RE boat. Later modifications of the Soviet boats were equipped with missiles "Moskit" (in NATO SS-N-22 Sunburn) with a range of 120 km. 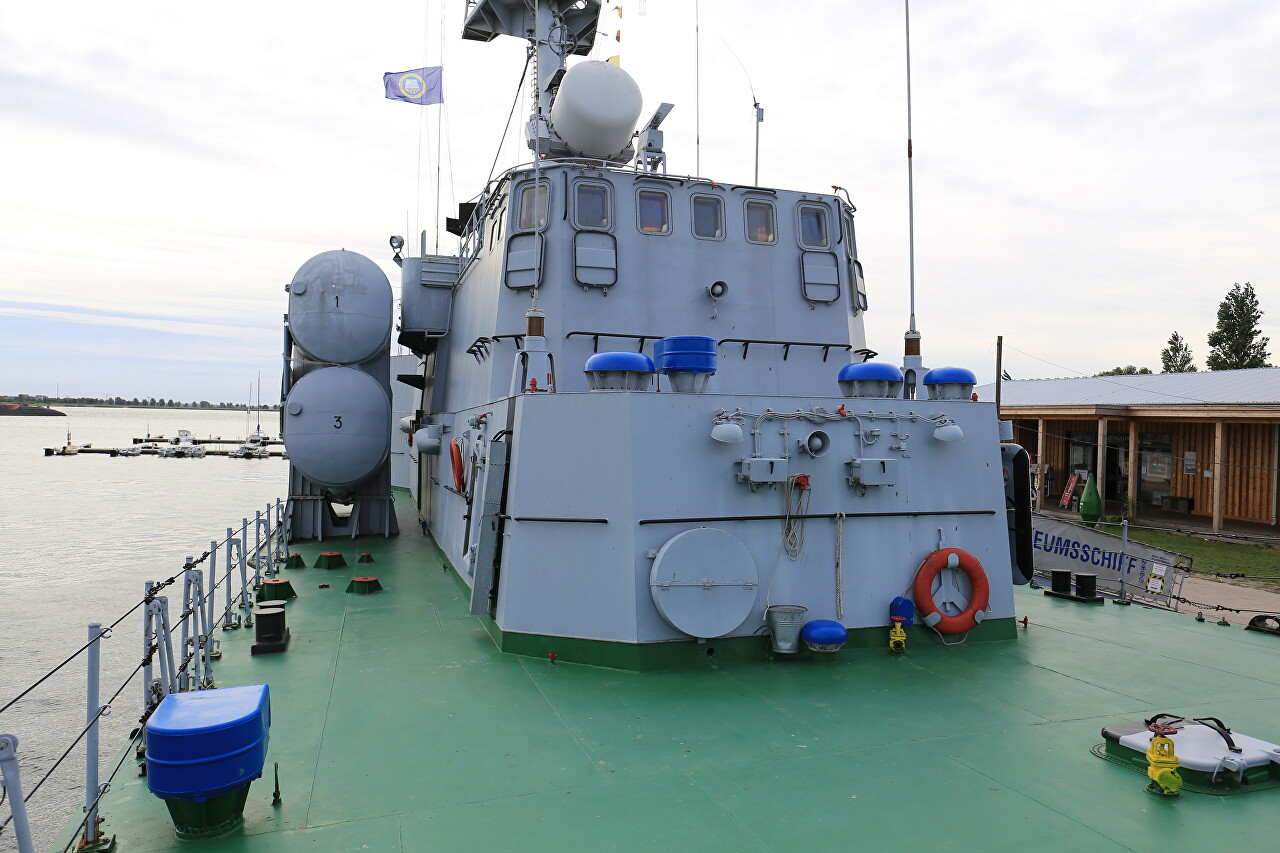 In addition, a 76mm AK-176 turret-type automatic artillery system with 152 rounds of ammunition is mounted in the bow. The gun can fire according to the radar or optical sight, and also has its own sighting station. 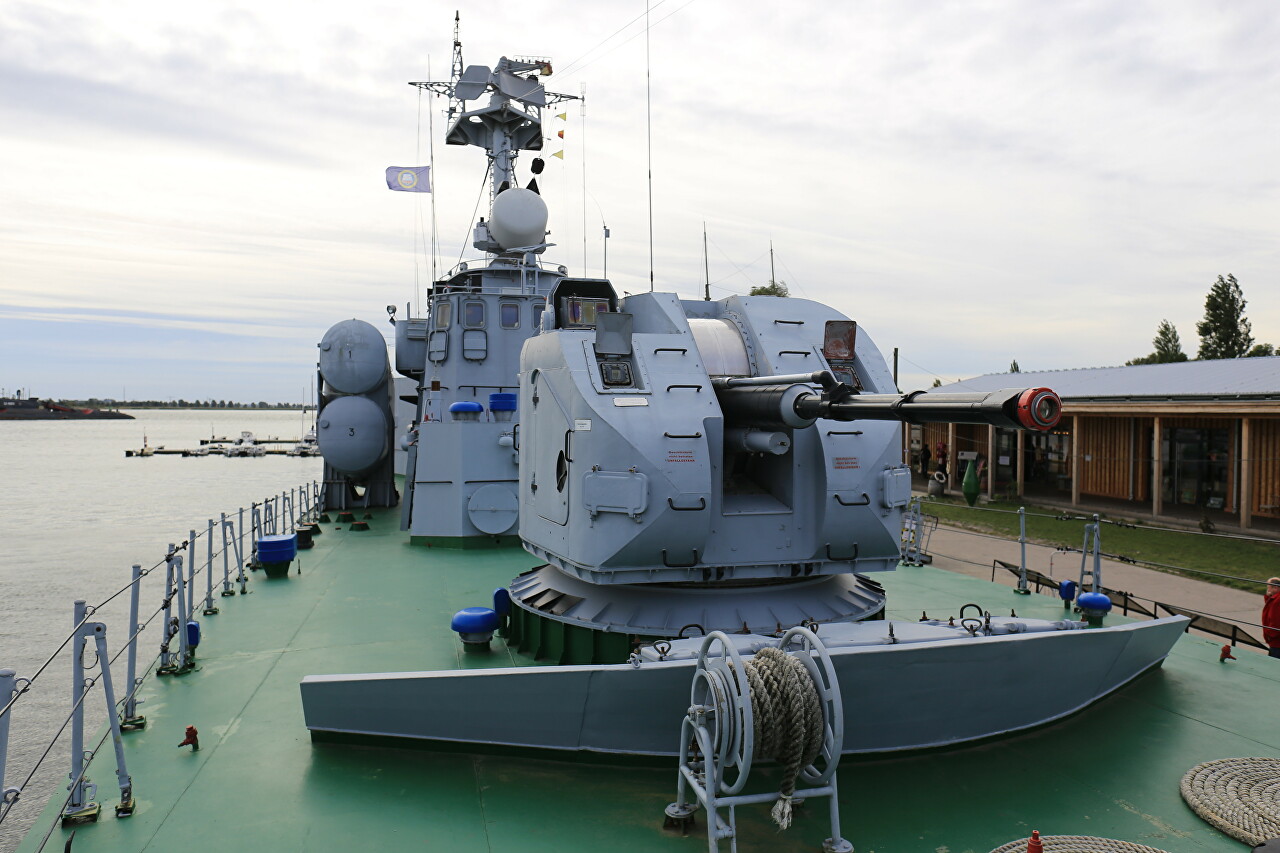 rapid-fire guns with a reserve of 6,000 rounds are installed. Later, the anti-aircraft armament was supplemented with a turret, on which four Strela-3 MANPADS are mounted. The equipment for setting the smoke screen is also located here. 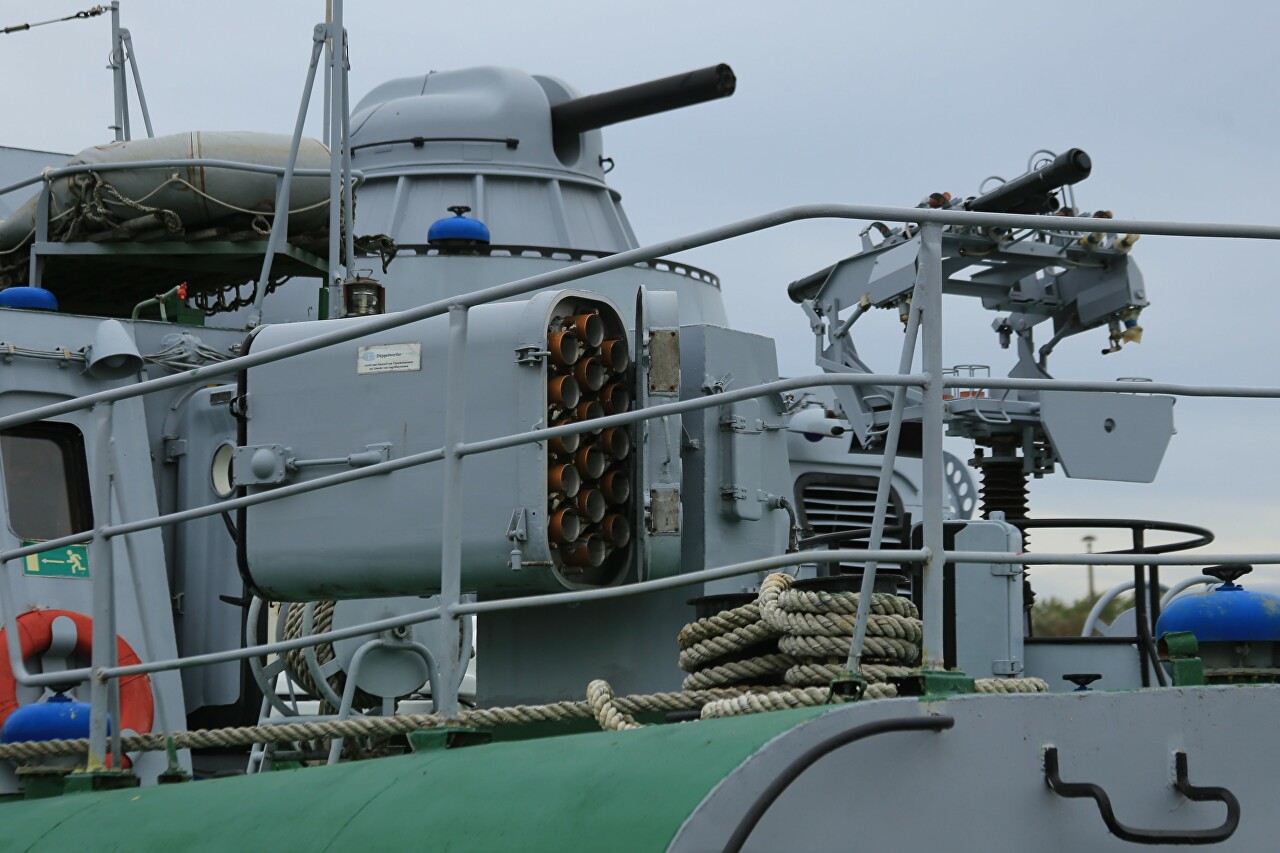 The power plant is made according to the COGOG scheme and has two turbo-toothed units, each working on its own constant-pitch screw. The unit includes two gas turbine engines, a main engine and an afterburner. The main turbines have a power of 4,000 hp and are used in cruising mode, which provides a range of 1,600 miles at an economic speed of 14 knots . Afterburner turbines with a capacity of 11,000 hp, are turned on during the attack, as a result of which the boat could travel 400 miles at a speed of 36 knots. At maximum power, the boat reached a speed of 41 knots. The main turbines have an exhaust port on top of the superstructure, the exhaust of the afterburner turbines is brought to the transom plate. In cruising mode, these openings are closed with lids. 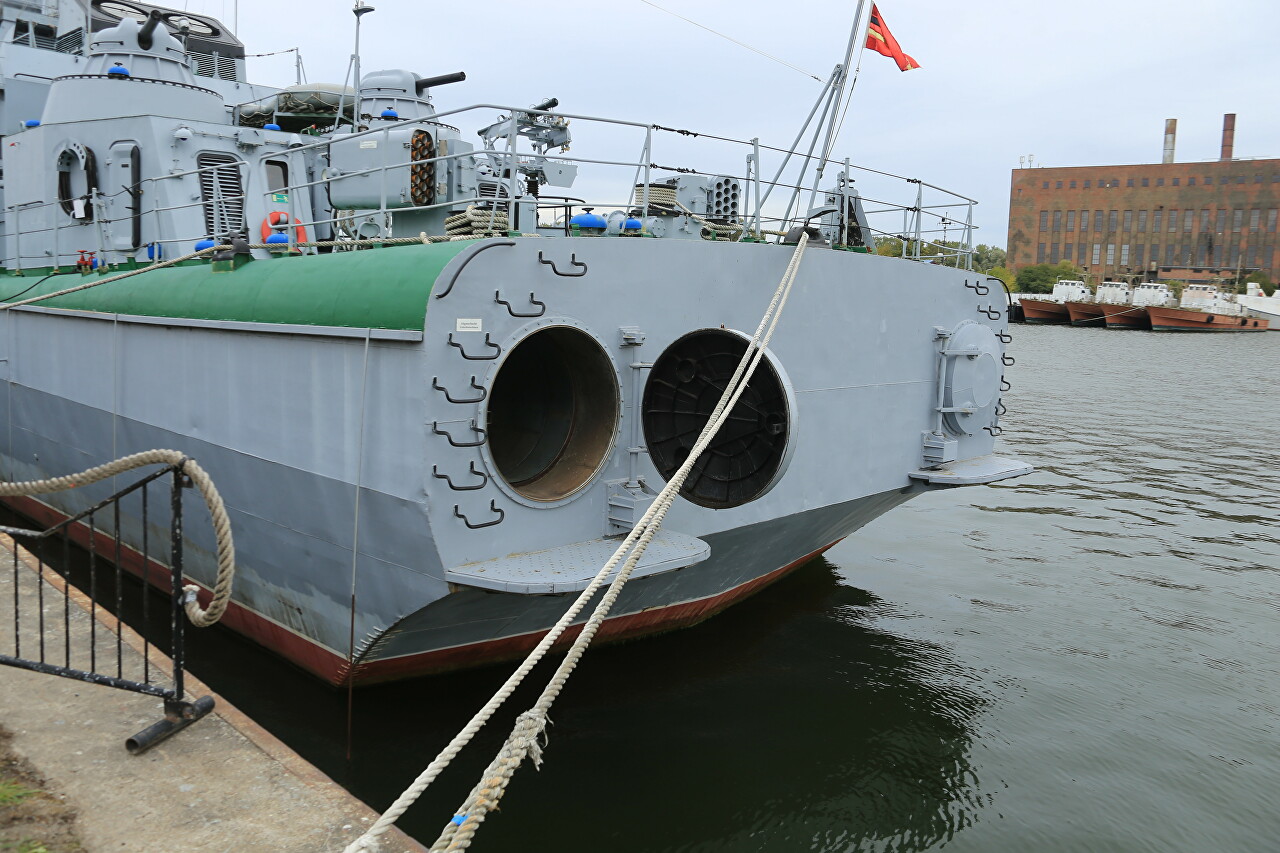 The radio-electronic equipment includes the Garpun radar mounted on the mast and the MR-123/176 Vympel artillery fire control radar in the upper part of the superstructure. 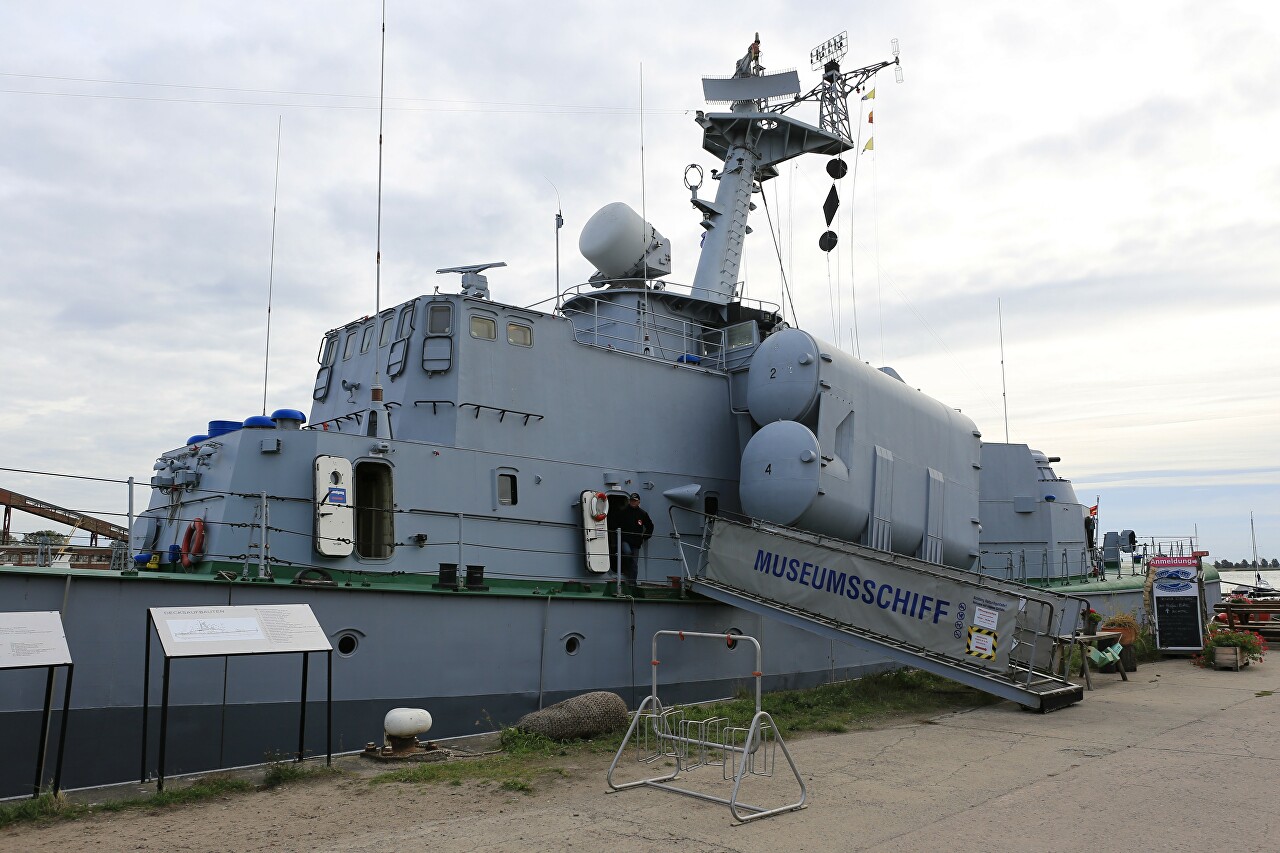 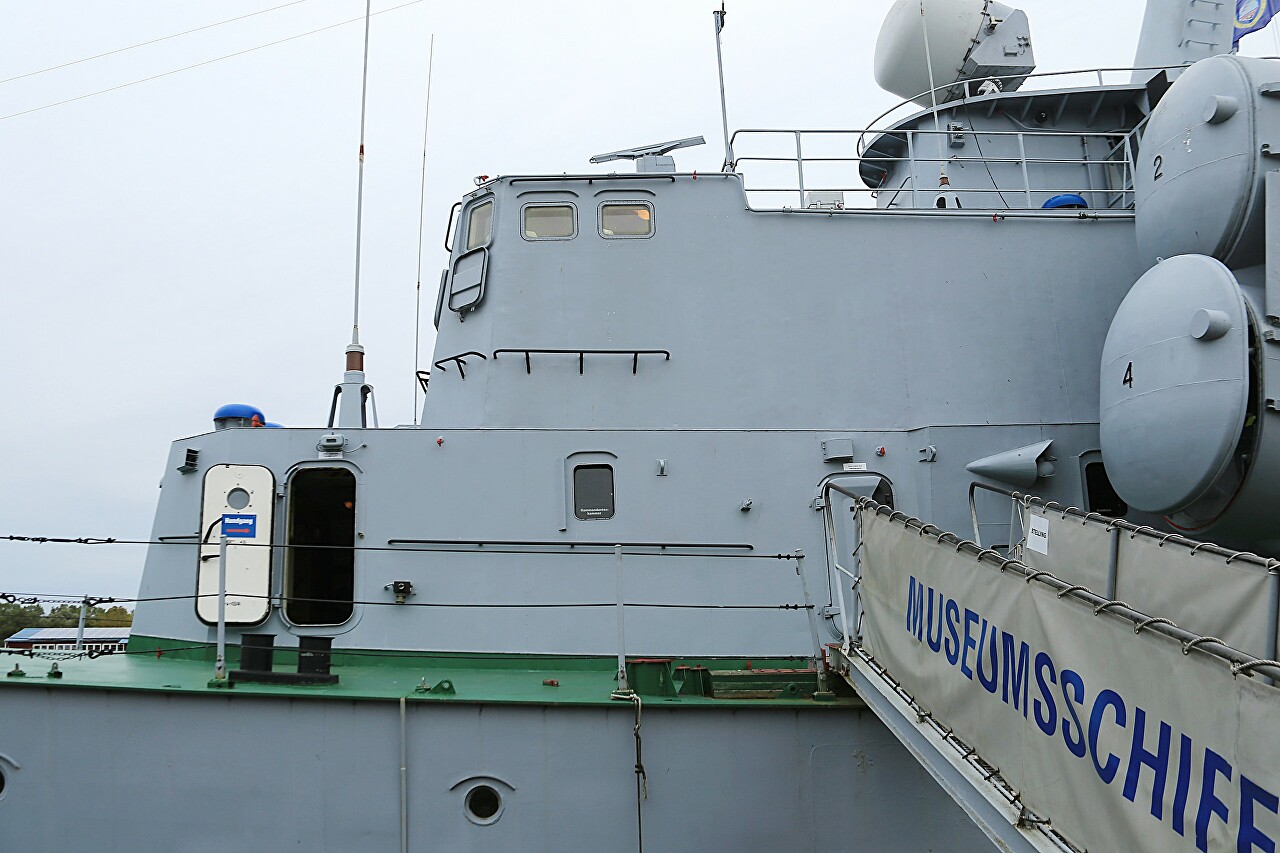 One of the German boats, named 'Hans Beimler', is now located in the harbor of Peenemunde as a museum. In the following articles, we will go on board and get acquainted in detail with its interior, weapons and equipment. 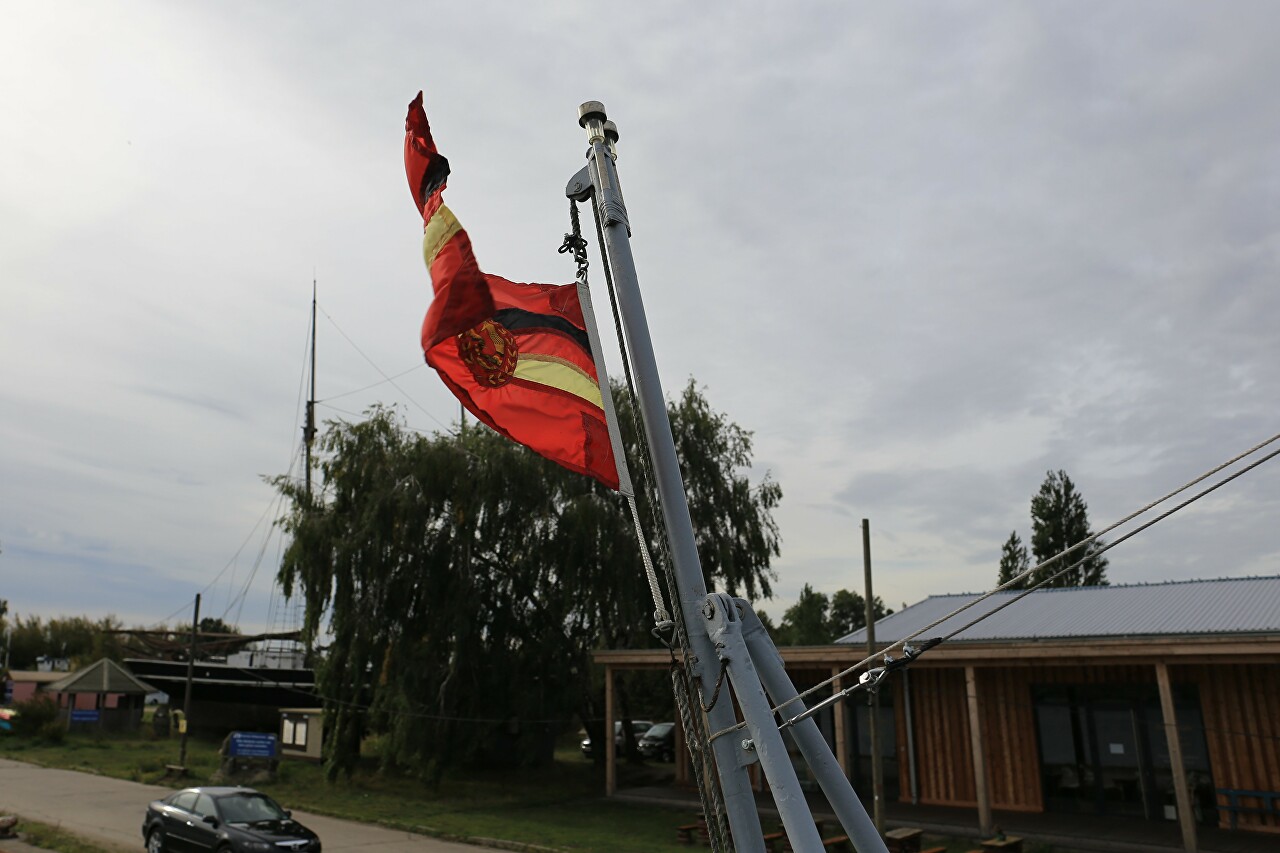