Almost all programs for tourist groups in Helsinki begin with excursions to the most famous sights. I was already in Helsinki three years ago, but I was happy to visit these facilities again. 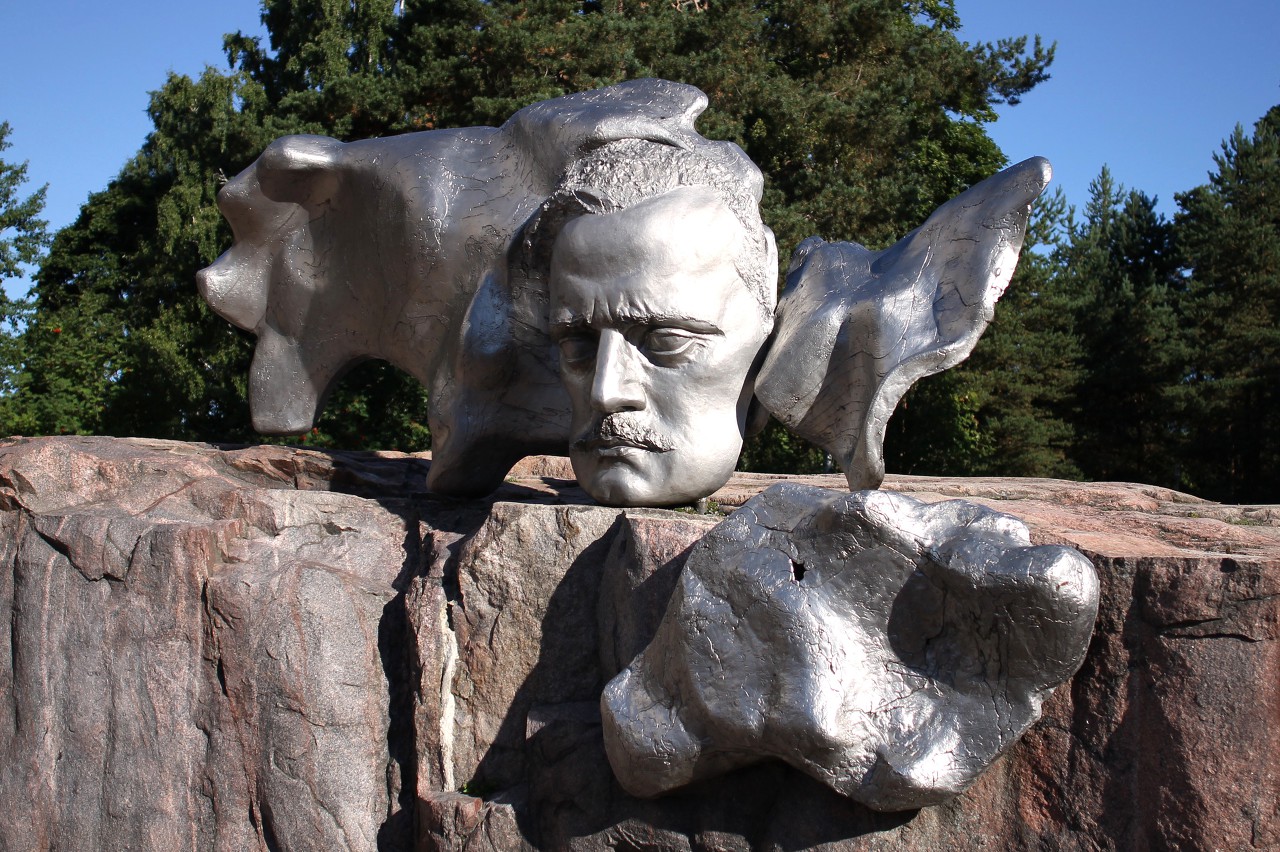 First of all, tourists are taken to the Sibelius Park in the district of Taka-Töölö. Here is the most famous sculpture of Finland - monument to Sibelius...read more 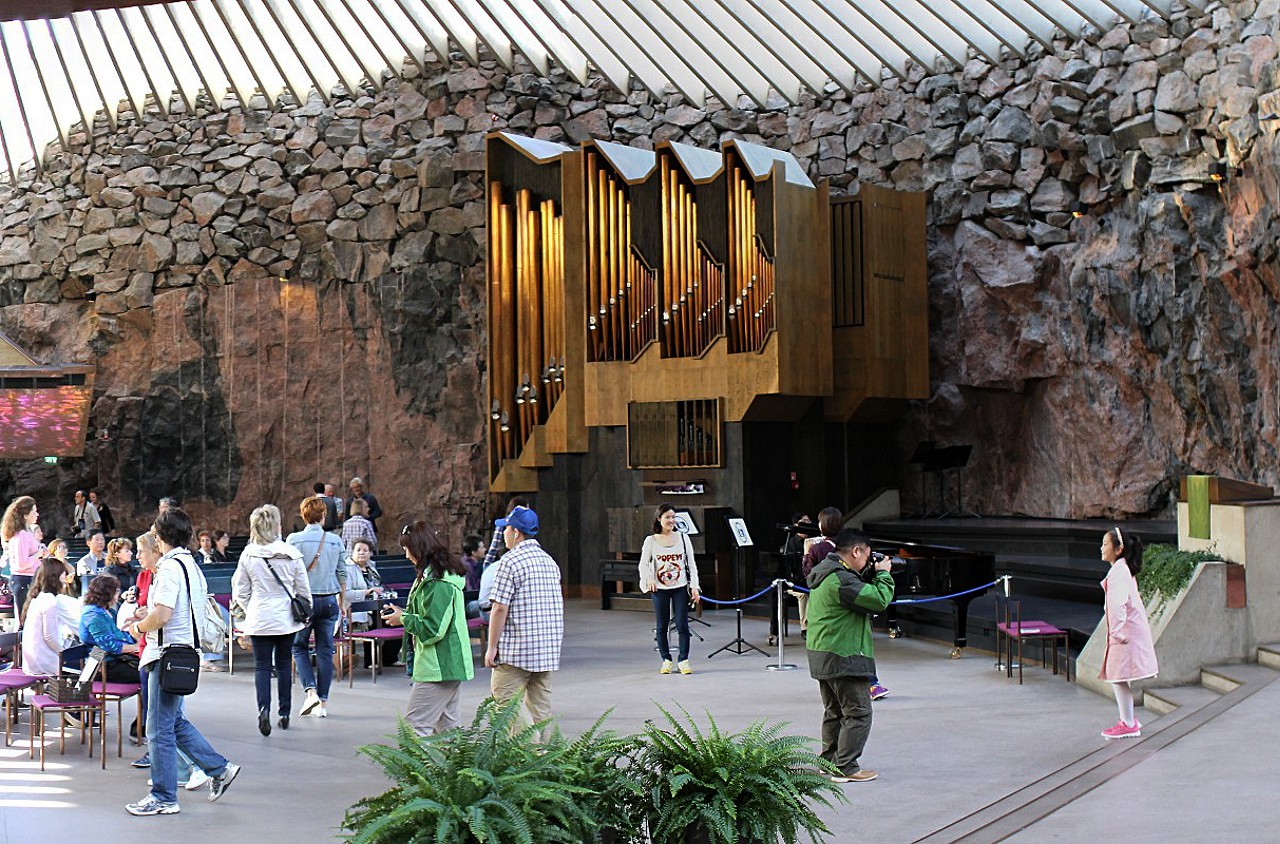 The construction of the сhurch on this site was planned in the 30s. A competition was held, which won the project of architect John Sigfrid Sirén, but the construction was prevented by the Winter war, which began in 1939. In 1961, the municipality returned to this issue, a new project competition was held, which was won by the brothers Timo and Tuomo Suomalainen...read more 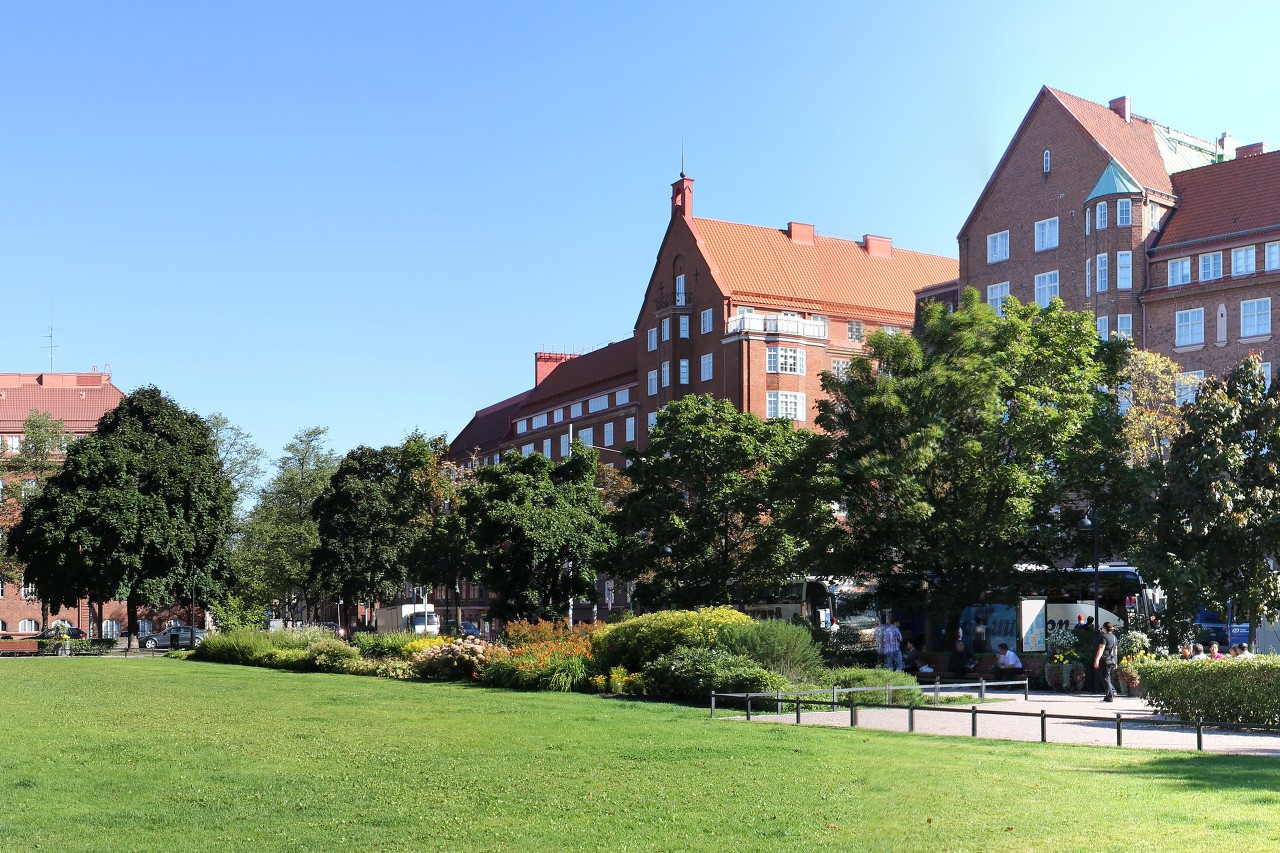 In hundred meters to the West of the Temppeliaukio church is a cozy square Sammonpuistikko. The garden bears the name of the object of Finnish mythology "Kalevala", "Sampo" or "Sammon" denotes a magical object that brings happiness and wealth...read more 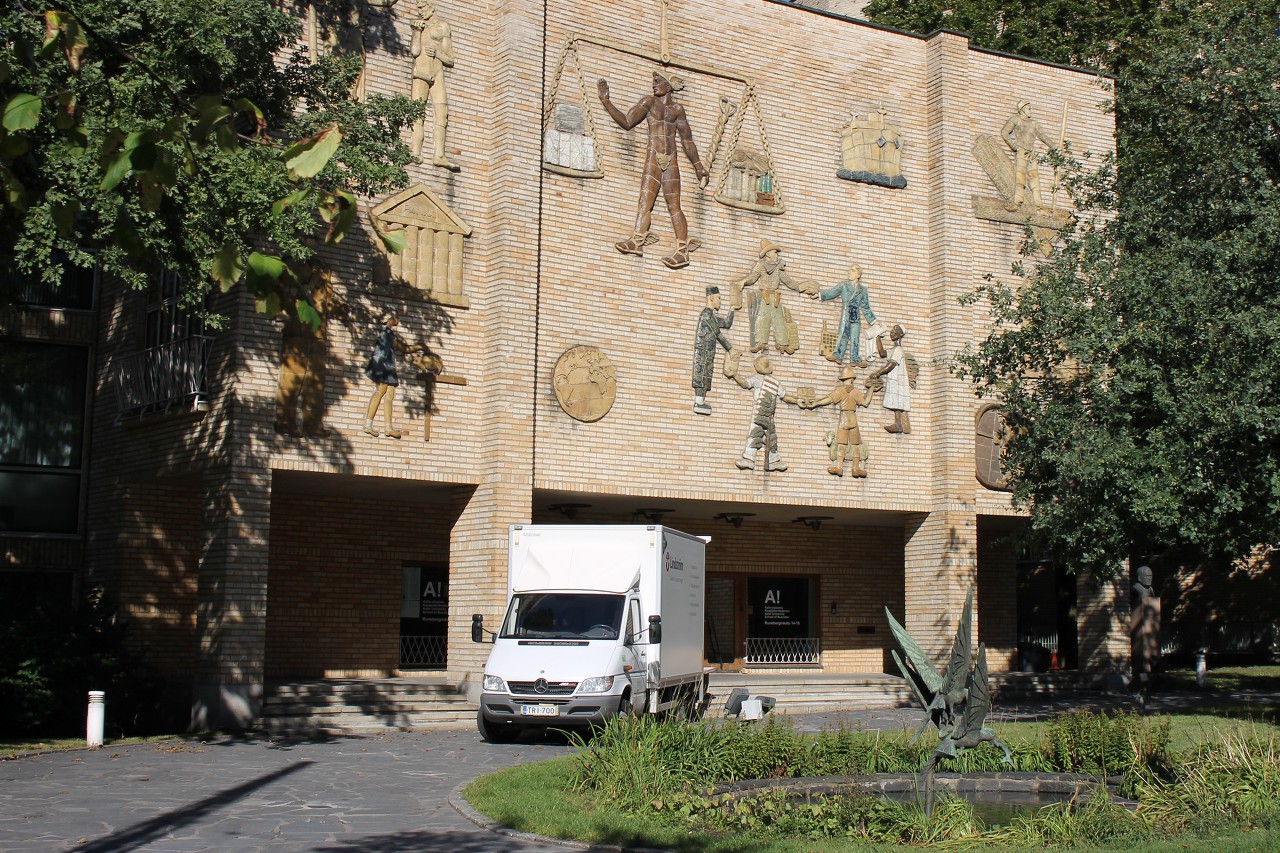 Sammonpuistikko garden has a southern border with the buildings of the Helsinki School of Economics (Aalto-yliopiston kauppakorkeakoulu). The facade of the building is decorated with bas-reliefs with a typical Scandinavian theme. Images glorify the person of work and friendship of the people...read more 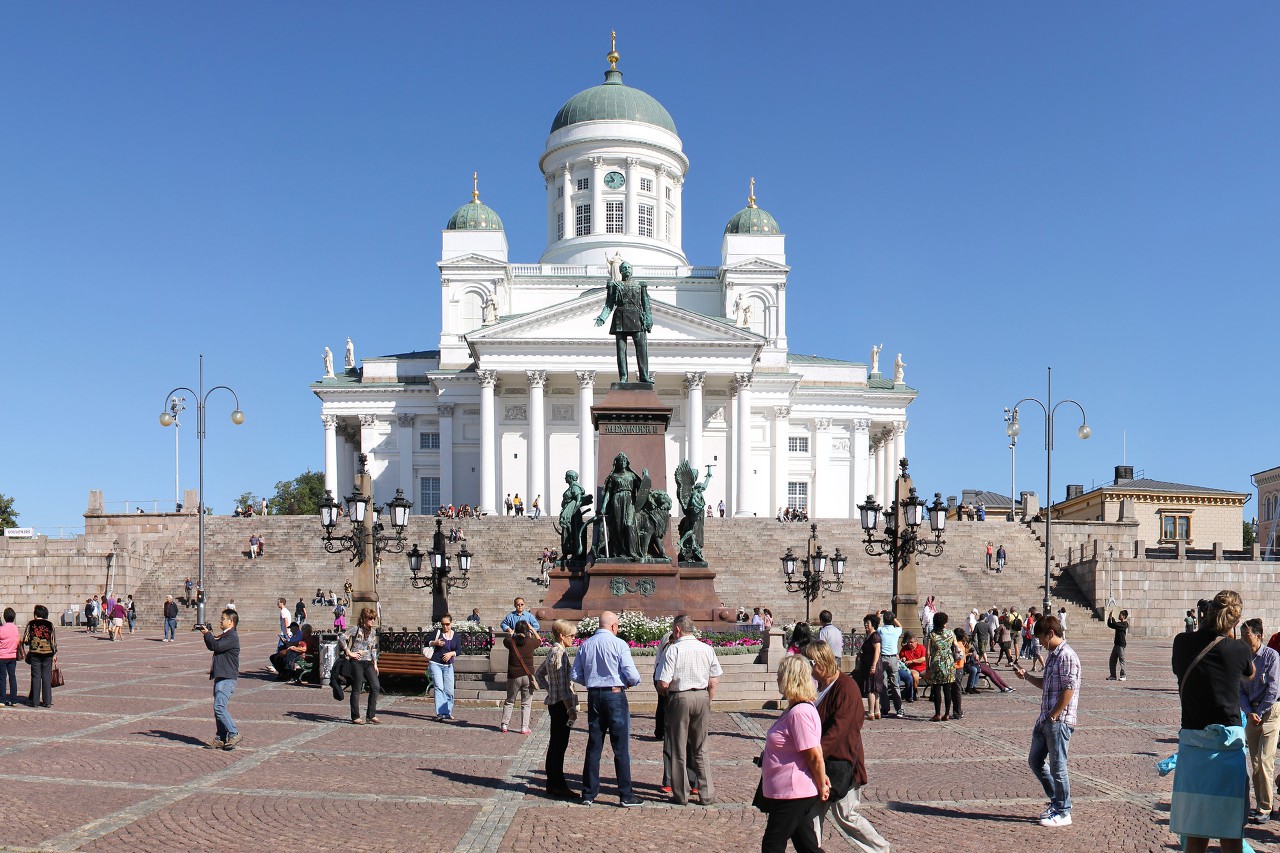 Senate square (Senaatintori) - the center and the busiest place of Helsinki....read more

In 1811, the Russian Emperor Alexander I in fact eliminated national self-government, no parliamentary sessions were held. Legally it didn't break any laws because frequency of sessions of Parliament wasn't regulated in any way. Half a century later, Alexander II granted Finland the status of the Principality, in 1863 the national Assembly was convened, the first meeting of which was opened by the Russian Emperor. In 1894, in memory of this event, a monument was unveiled in Senate square...read more 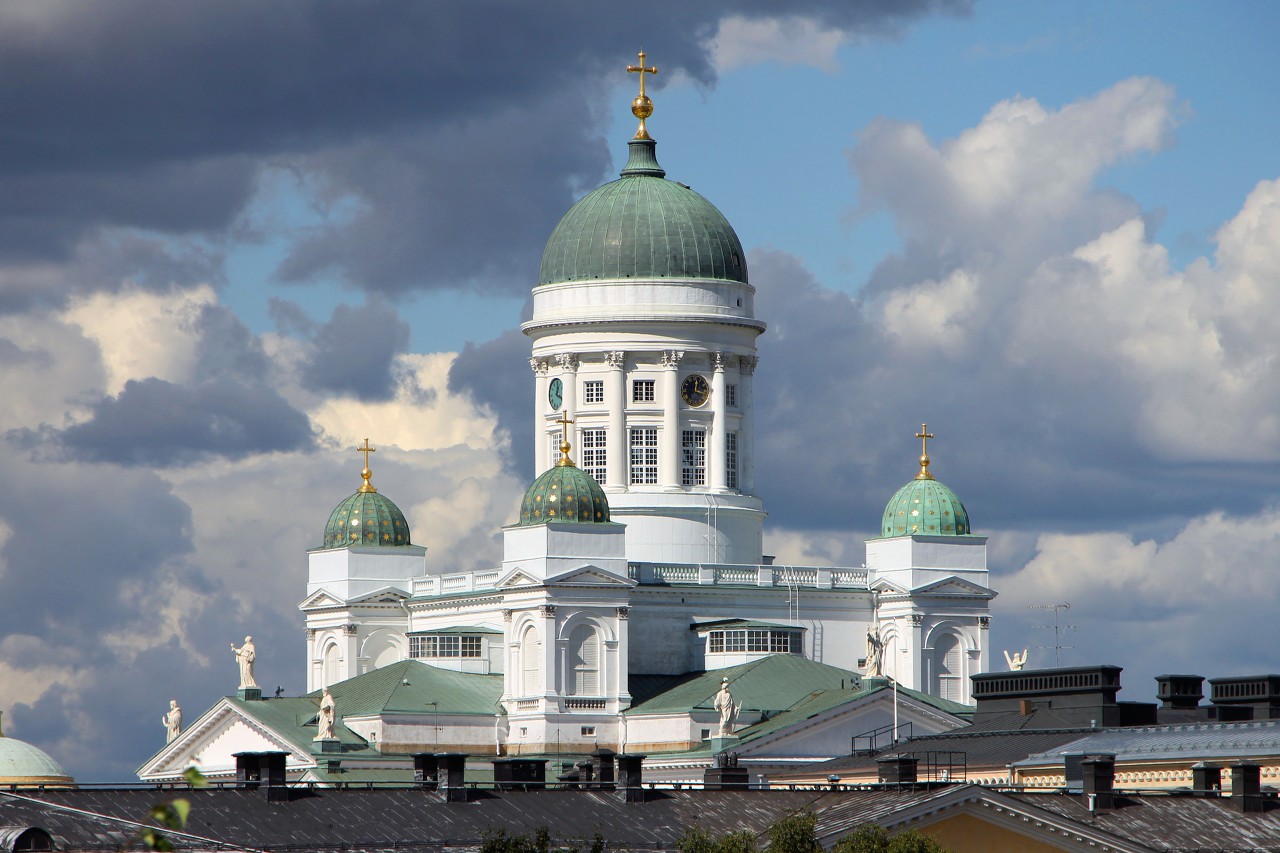 The dominant of the urban landscape and symbol of the city is Helsingin tuomiokirkko, the main сhurch of the Helsinki diocese of the Evangelical Lutheran church of Finland...read more