Lisbon's surroundings from the air

Finally, our plane dived into the clouds above the valley of the Tagus river. Below us is the lezíria bridge (Ponte da Lezíria), crossing the floodplain of a river 40 kilometers from Lisbon. The bridge is open in In 2007 and is notable for having a length of 12 kilometers - it is the ninth longest bridge in the world and the second in Europe. Over the waters of the river passes only 930 meters of roadbed, the remaining 11 kilometers they represent an overpass over farmland - an example of careful planning relations to nature. The a10 national highway crosses the bridge Bucelas - Benavente. The construction was completed in just 23 months and it cost 220 million euros. By labor costs-more than 7 million man-hours this structure took the first place in the list of the largest public works of the first decade of the 21st century. 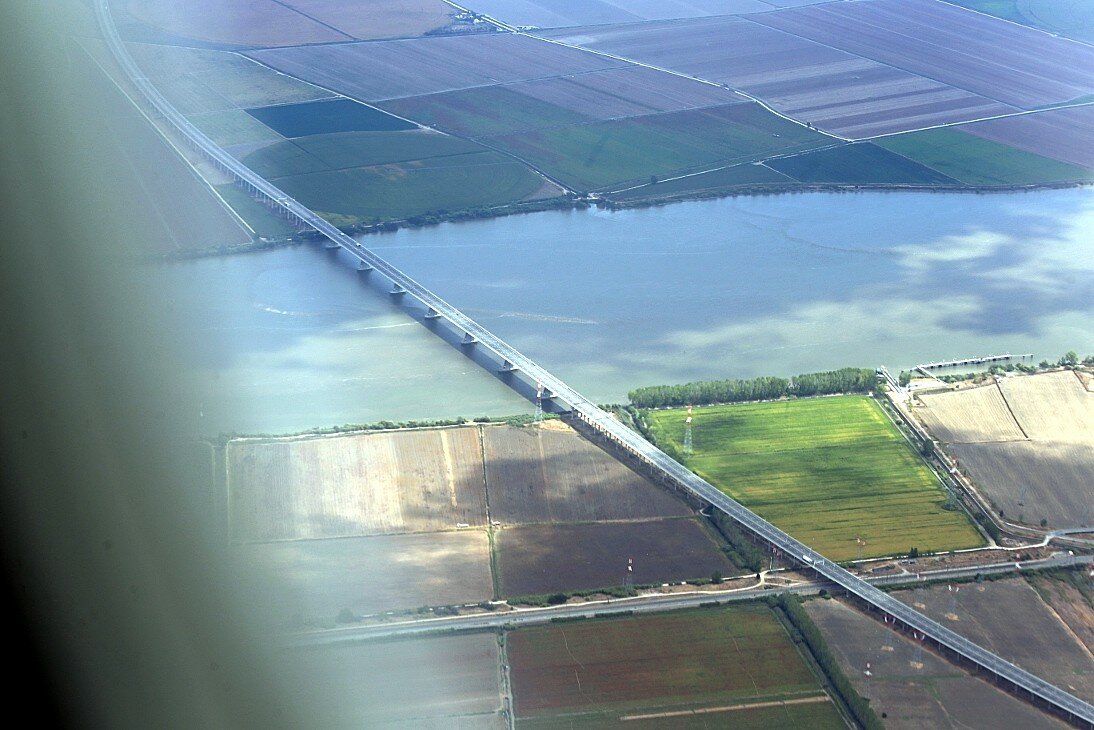 The intersection of highways A1 - a10 near the bridge of Leira. 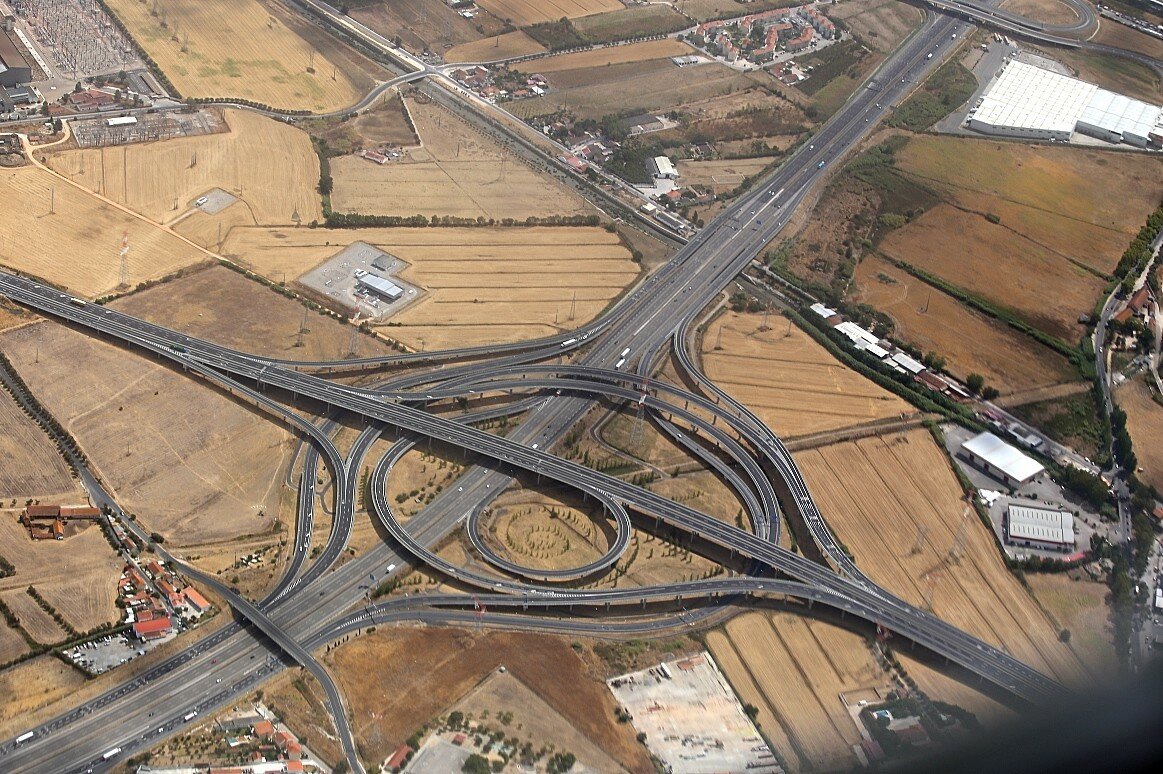 The town of Sobralinho and the island of Alhandra (Mouchão de Alhandra), which belongs to this small town. In 2011, the island was it is offered for sale for 17 million euros. Although it's a great place to stay agriculture and ecotourism, and just for housing, those who want to buy the island have not yet been found. 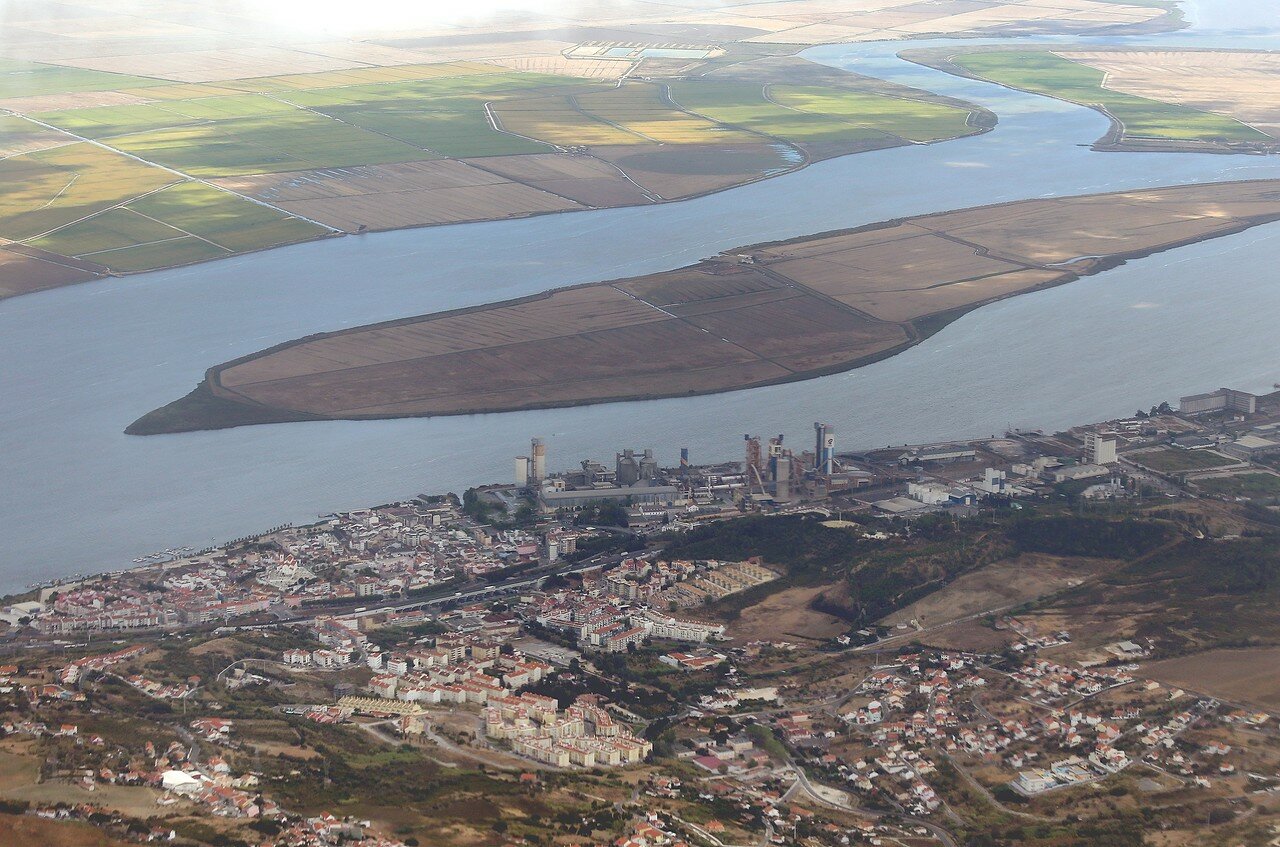 Islands of Lobo do Tejo (Mouchão do Lombo do Tejo) it is part of the reserve, which occupies 14 thousand hectares in the Delta of the river. This area, which is occupied by marshes and water meadows, has a large significance as a habitat for migratory birds. 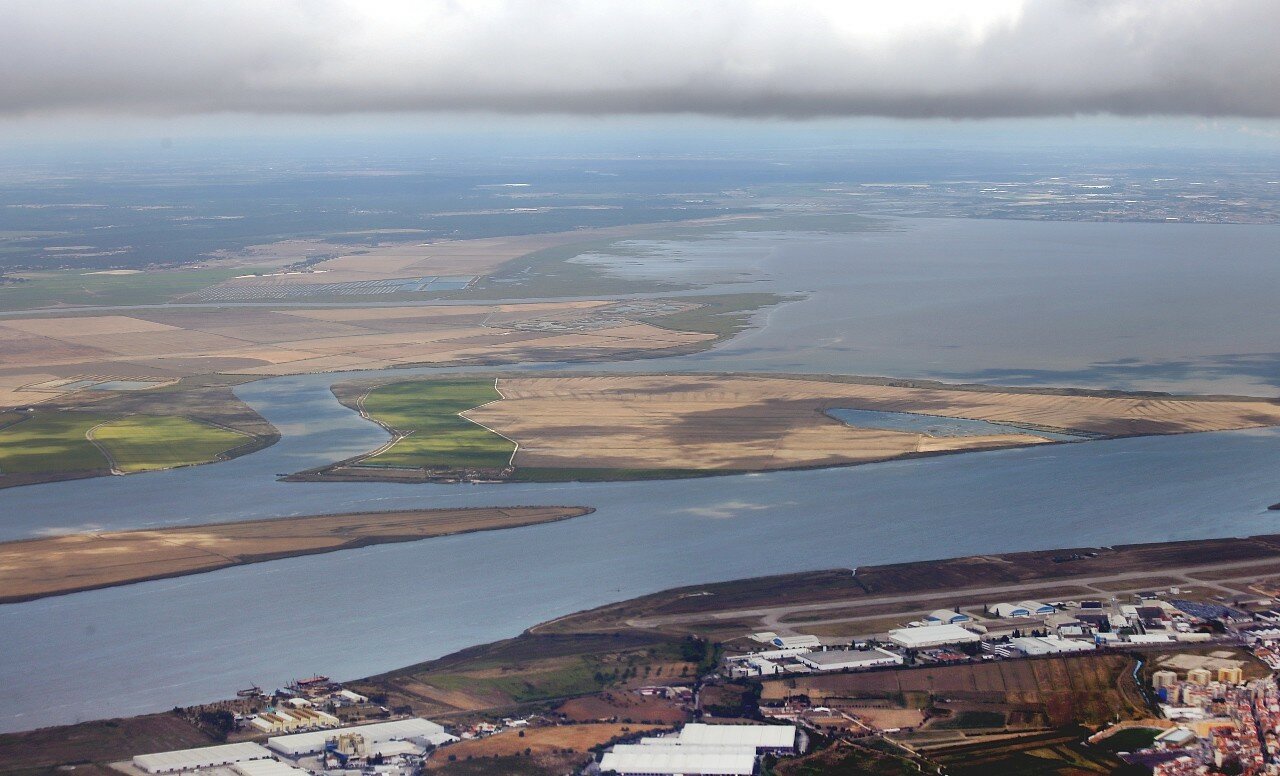 Well, this is already the beginning of the suburbs of Lisbon. 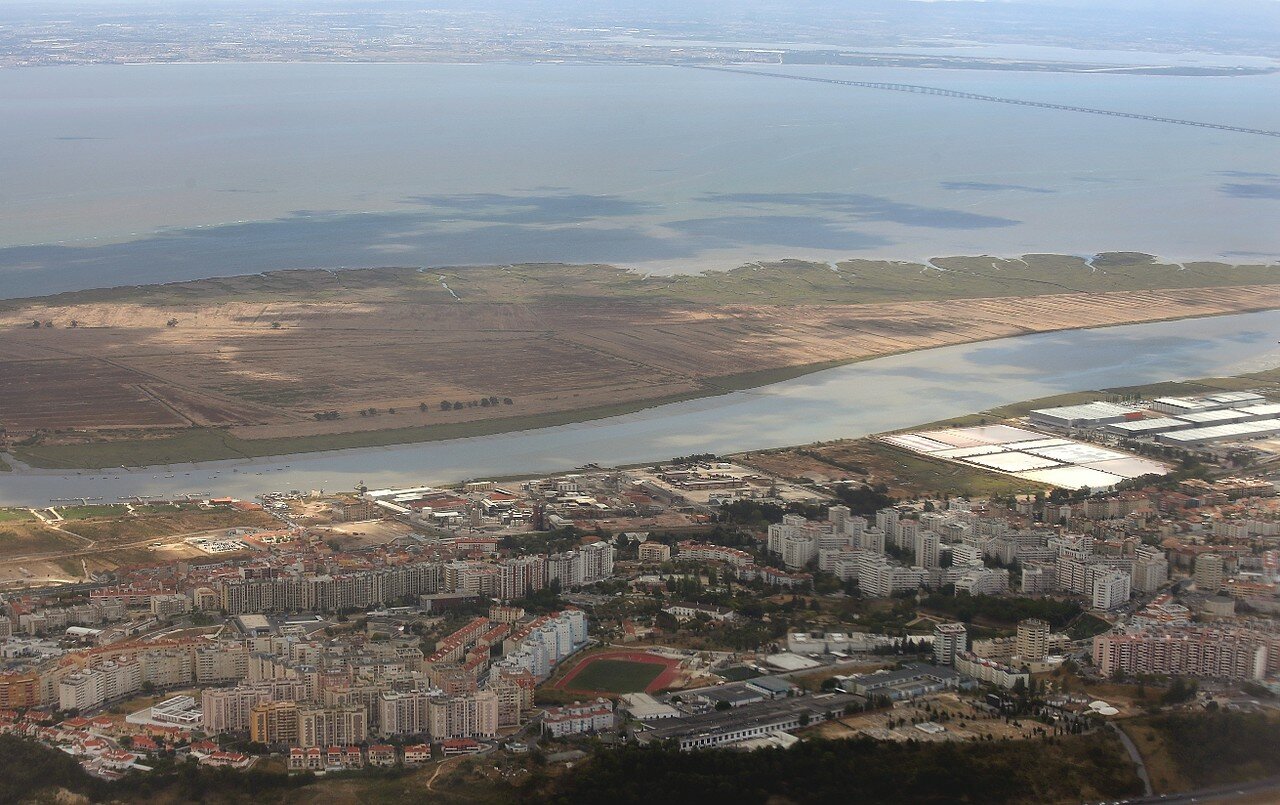 The small town of Santa Iria de azoya has become a modern residential area of the Portuguese capital in recent decades. 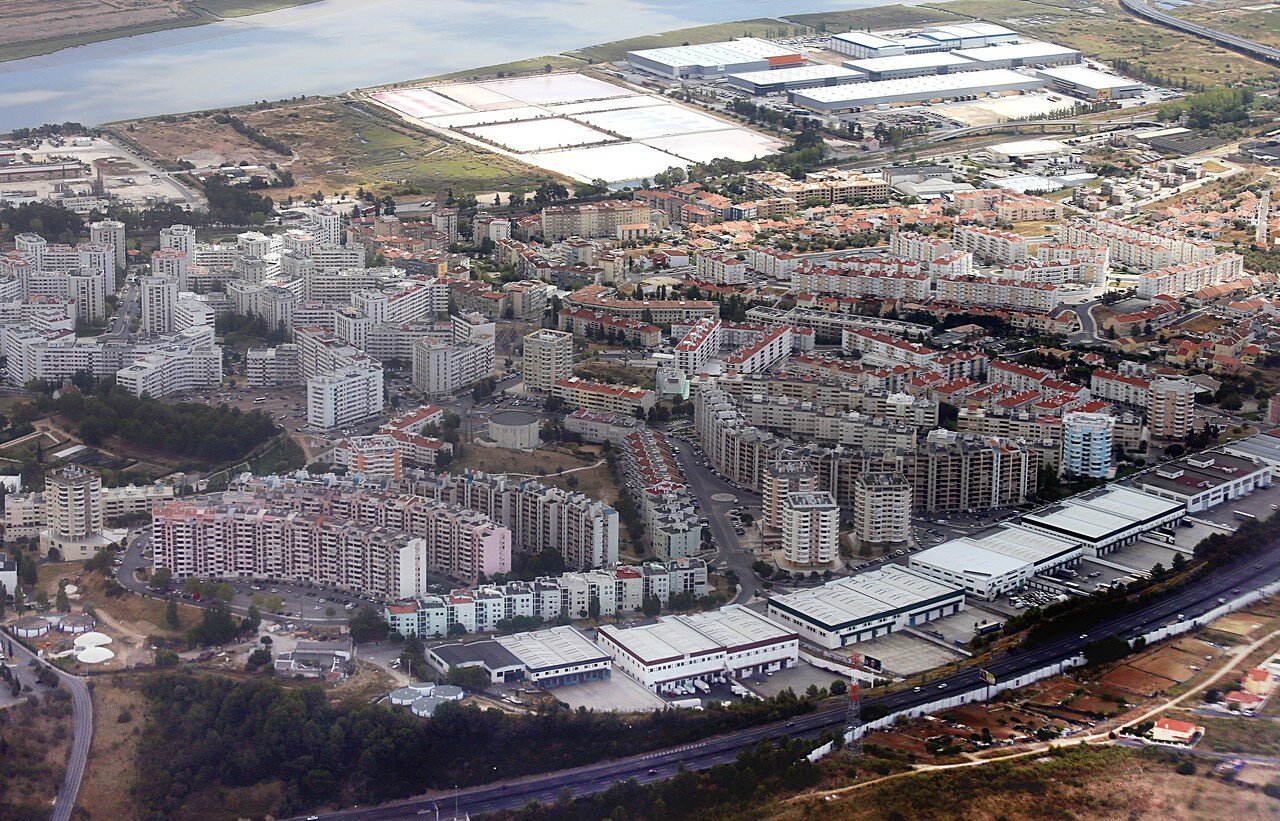 Incinerator in são joão da Talha (São João da Talha). Another example of caring for the environment. Nothing emissions from the pipe are not observed. 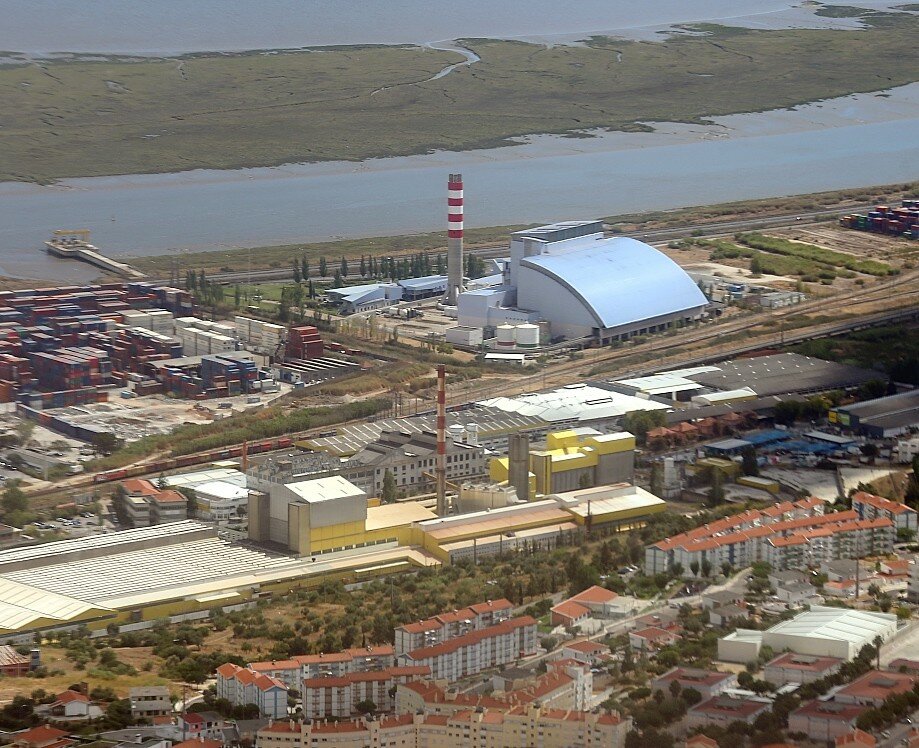 The second longest bridge in Europe we have already seen recently, and now before us - the first! Vasca da Gama bridge. 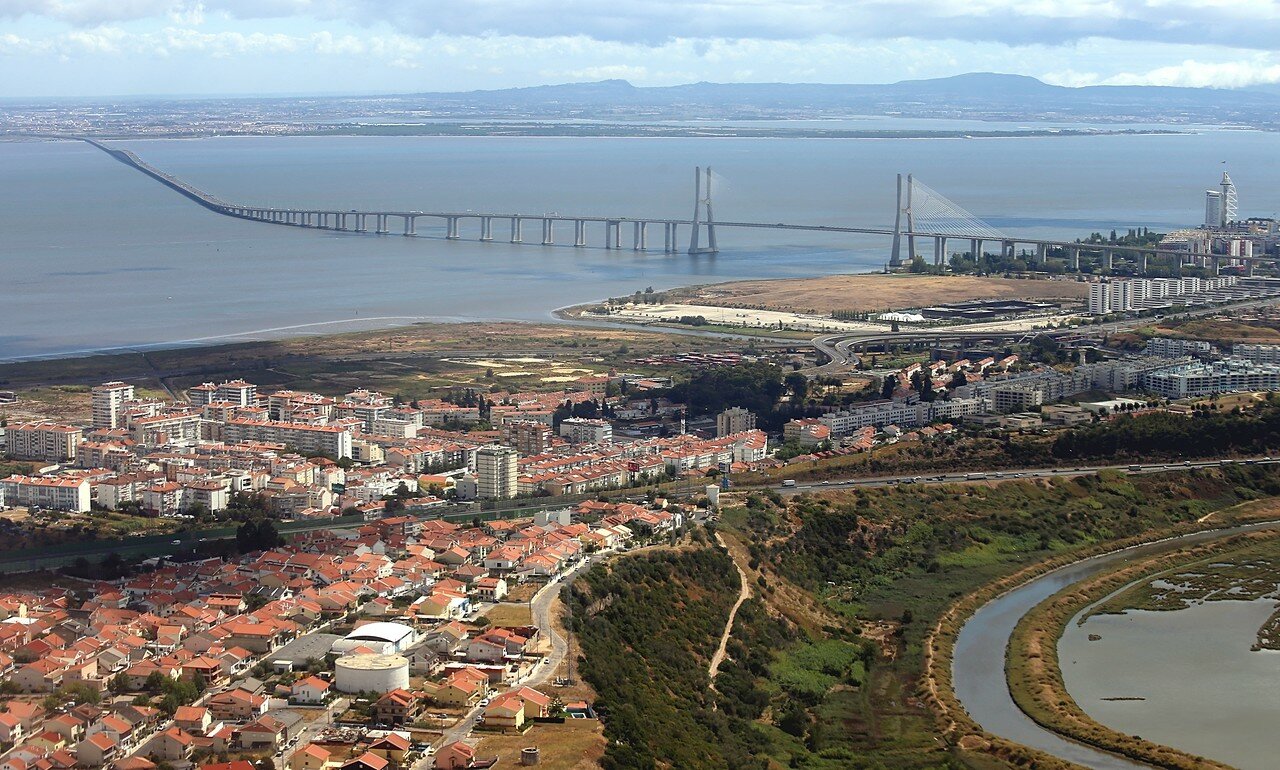 I have already passed through it in the spring of 2012, and now it was an opportunity to assess its scale from the air. Well, we still have let's get to know him better on earth. 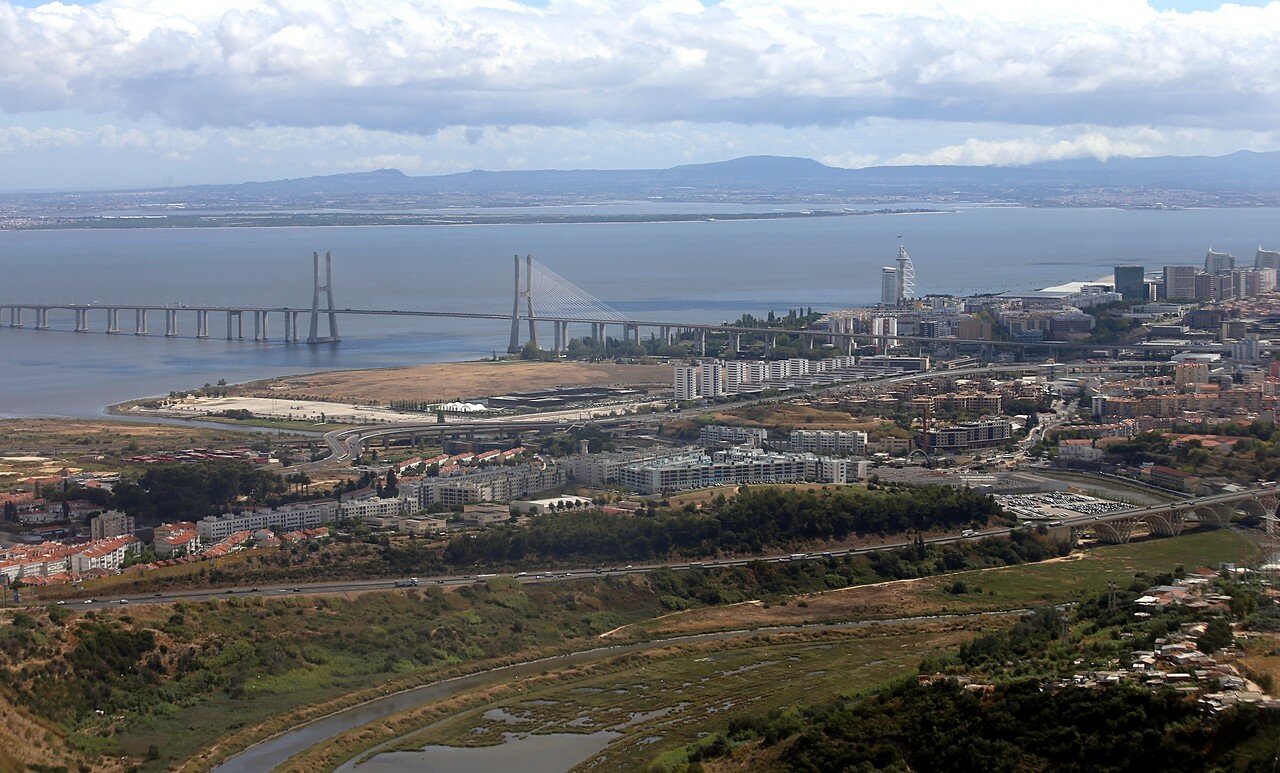 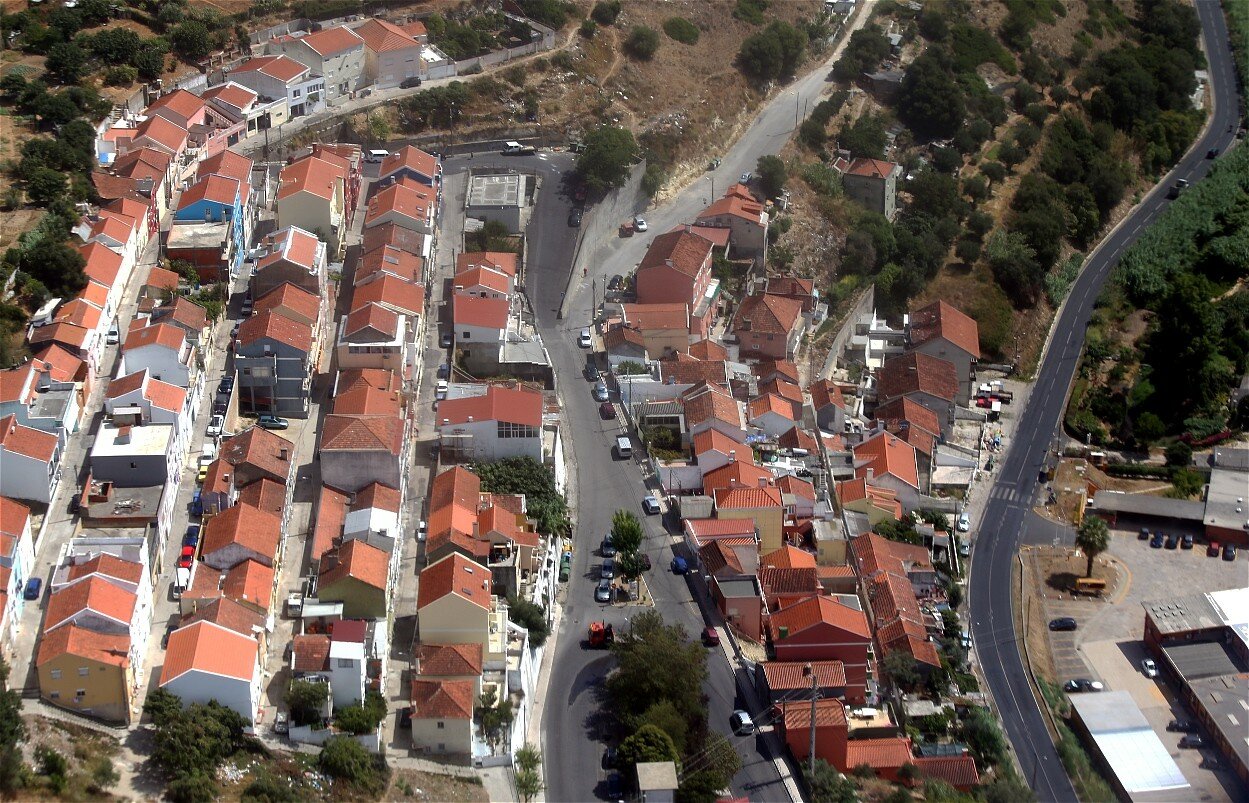 On the shore, you can see The Park of Nations and the Vasco da Gama tower. Here we will also visit on this journey. 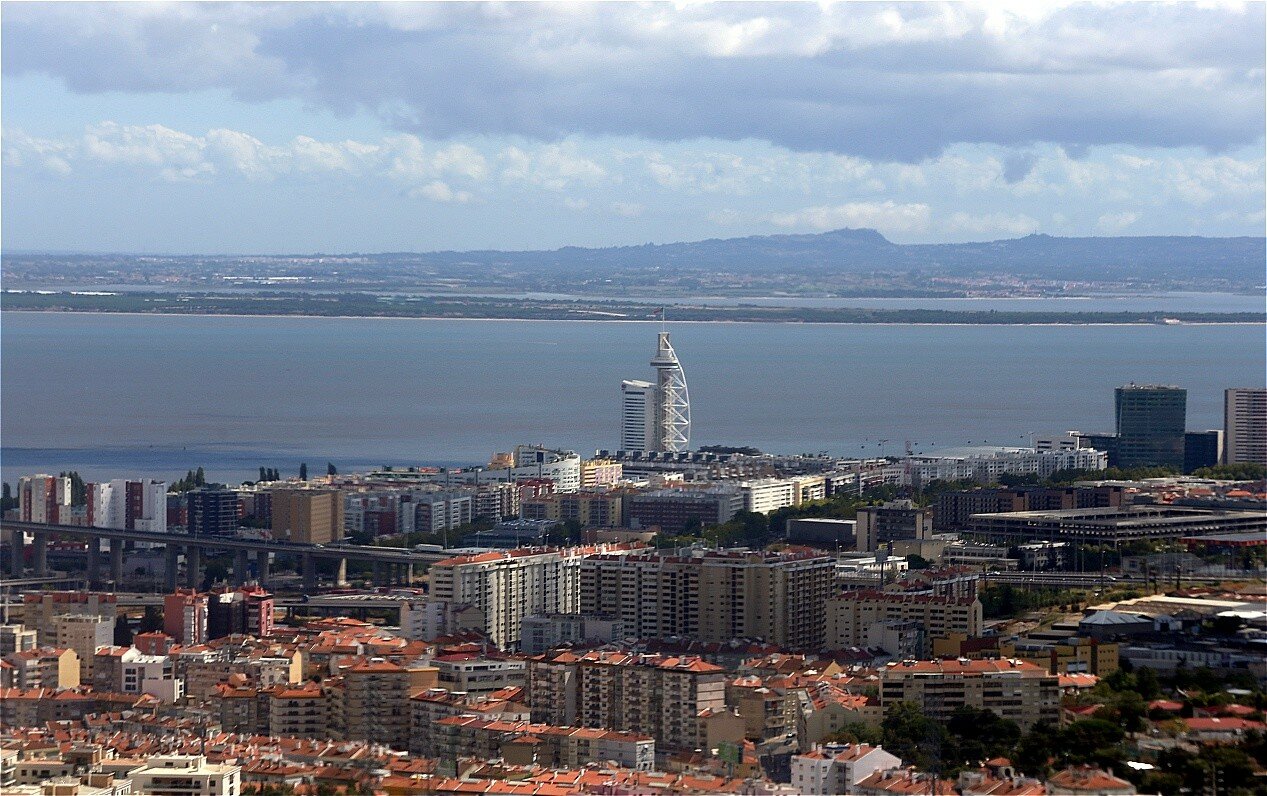 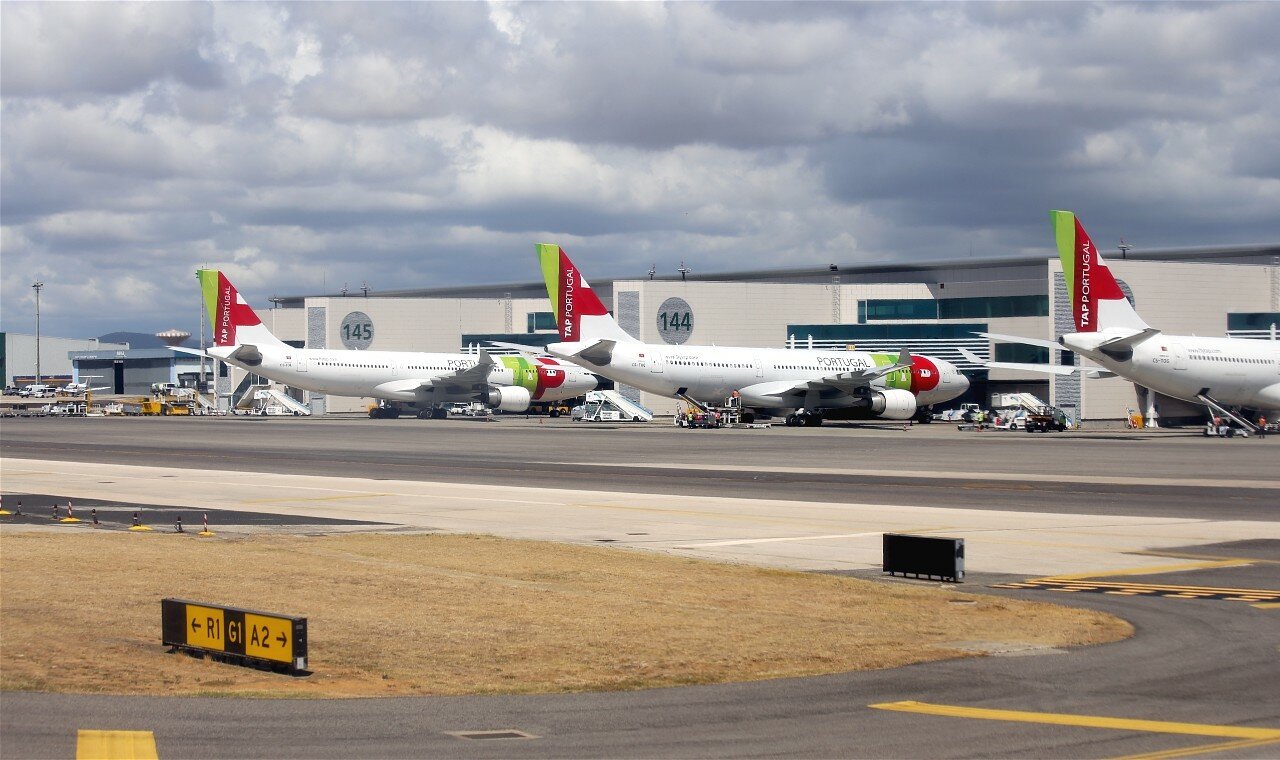 It is the largest airport in Portugal, one of the largest in the world. the largest and best-equipped airports in Europe. For 2014 in Russian rubles 18 million passengers passed through the portelu. 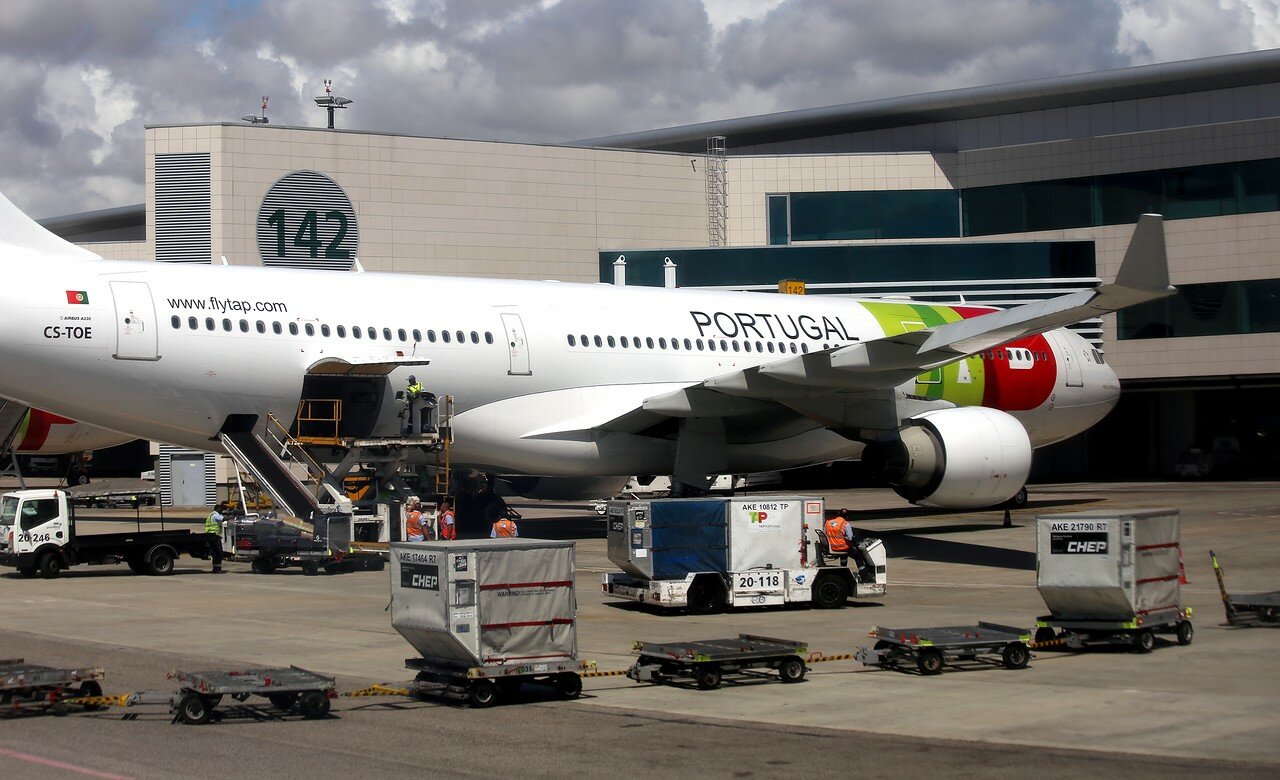 And the base of the national airline TAP PORTUGAL, which makes more than 2000 flights a week on 88 routes. 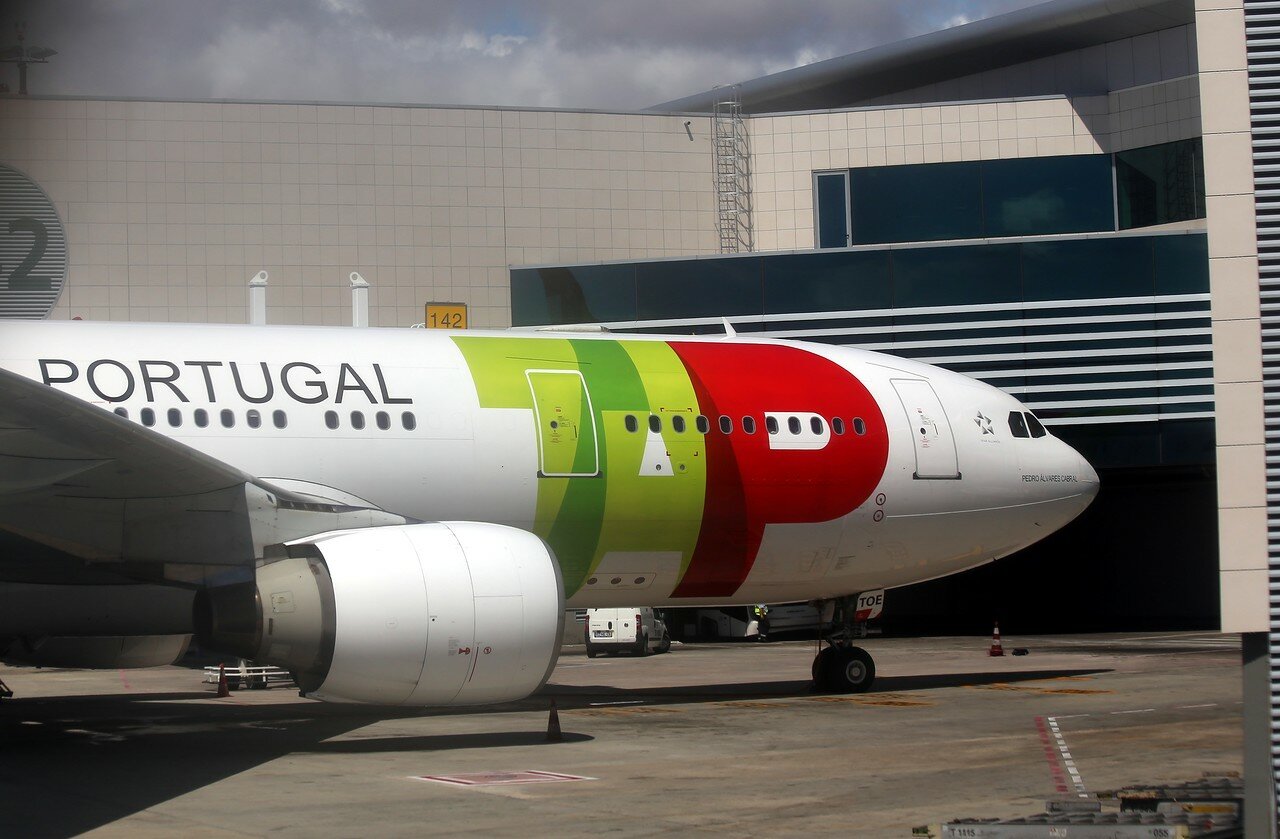