This aircraft was built at a factory in Oklahoma city in March 1944 for the United States air force. At the end of the war and the subsequent sale for a song of unnecessary equipment, transport 'Dakota' was purchased by the Ford concern and converted for corporate purposes. Just a year later, it was owned by another automaker - General motors, where it was operated for almost 10 years. 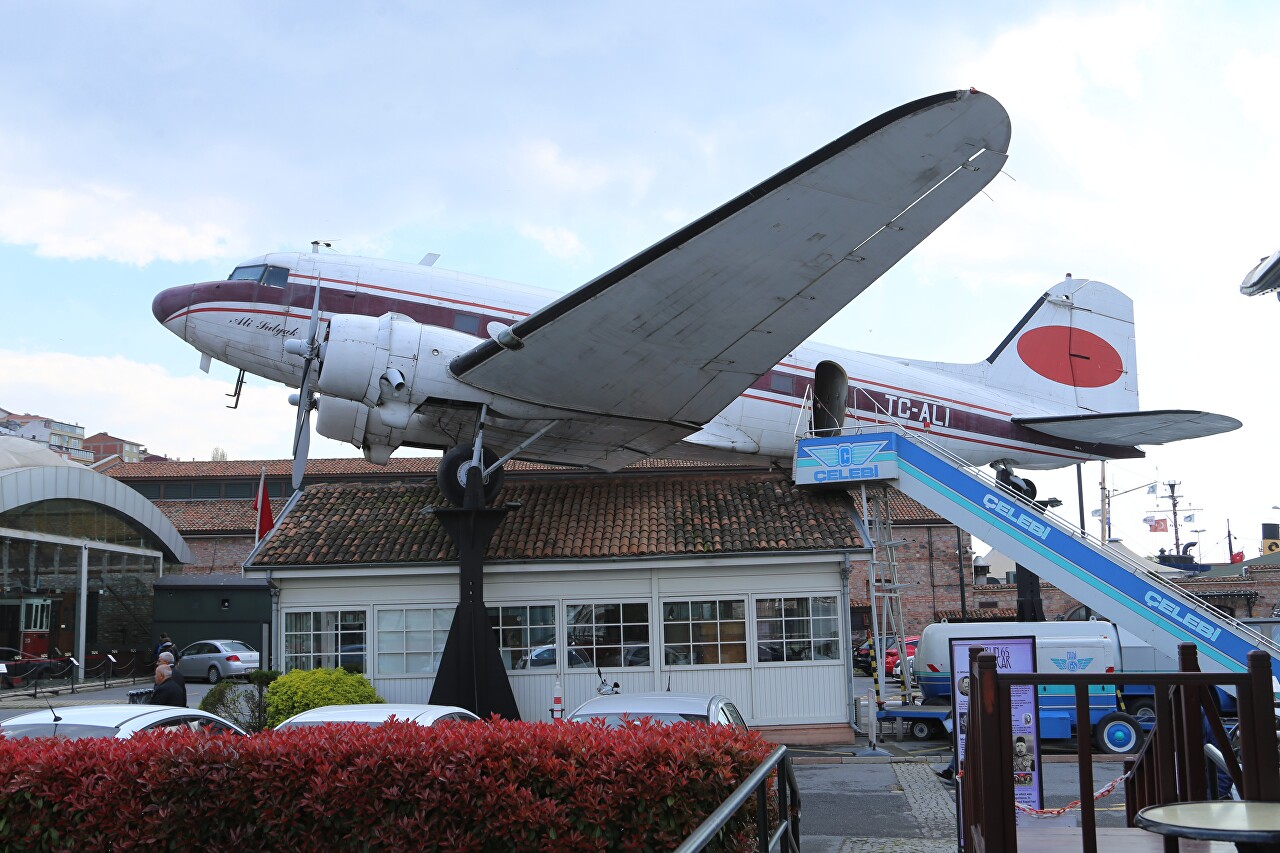 In 1967, the airplane was sold to the University of Nebraska, where it worked until 1971. After that, the plane wandered to different owners, until, in the late 70s, it is unknown what ways it ended up in the air force of Yugoslavia. 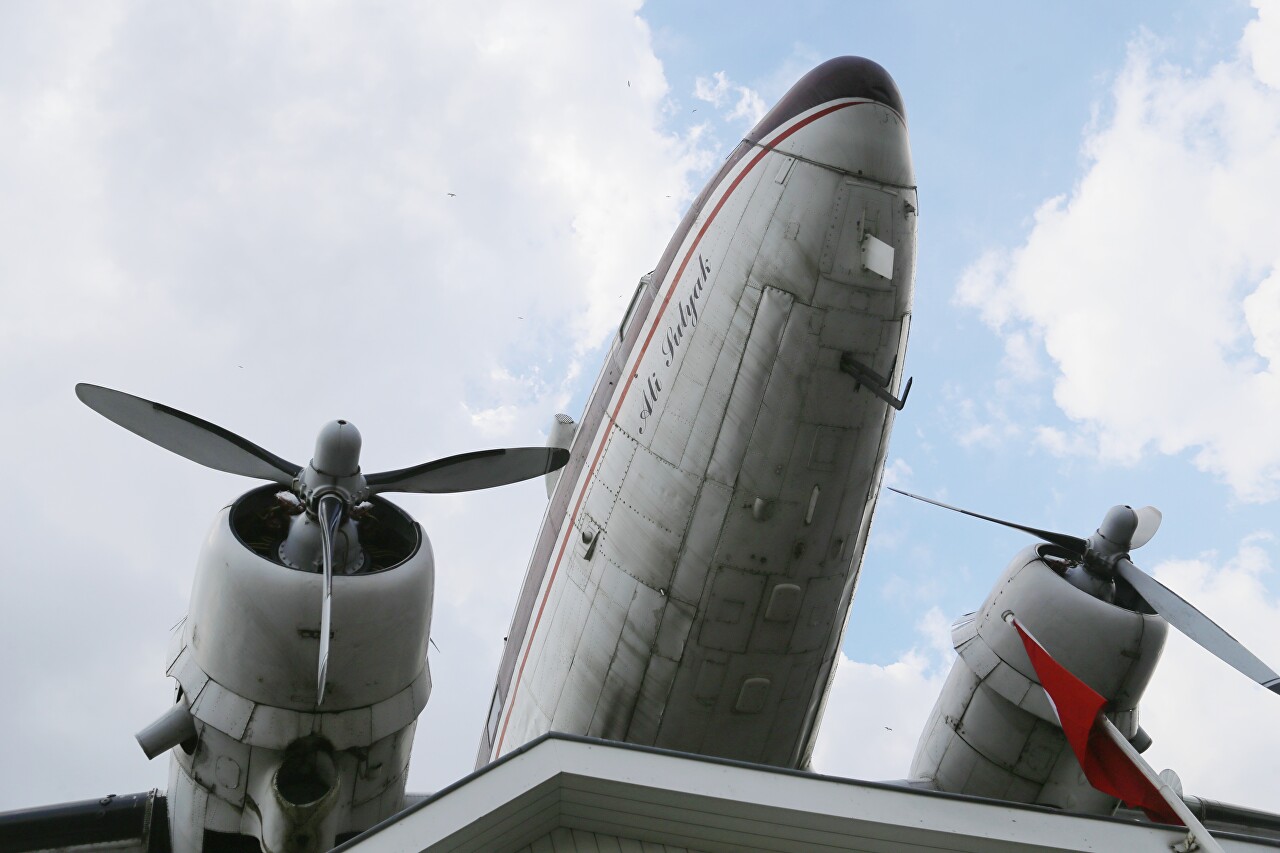 Ten years later, in August 1989, the tiny Turkish company NESU AIR (Nesu Air Havayollari) became its owner, where the aircraft received its current tail number TC-ALI. In the same year, the company went bankrupt and the veteran quietly rotted away unknown where, until in July 2001, it was installed in the Rahmi M. Kocha Museum over a replica of the Air France pavilion of the first building of the Istanbul airport. 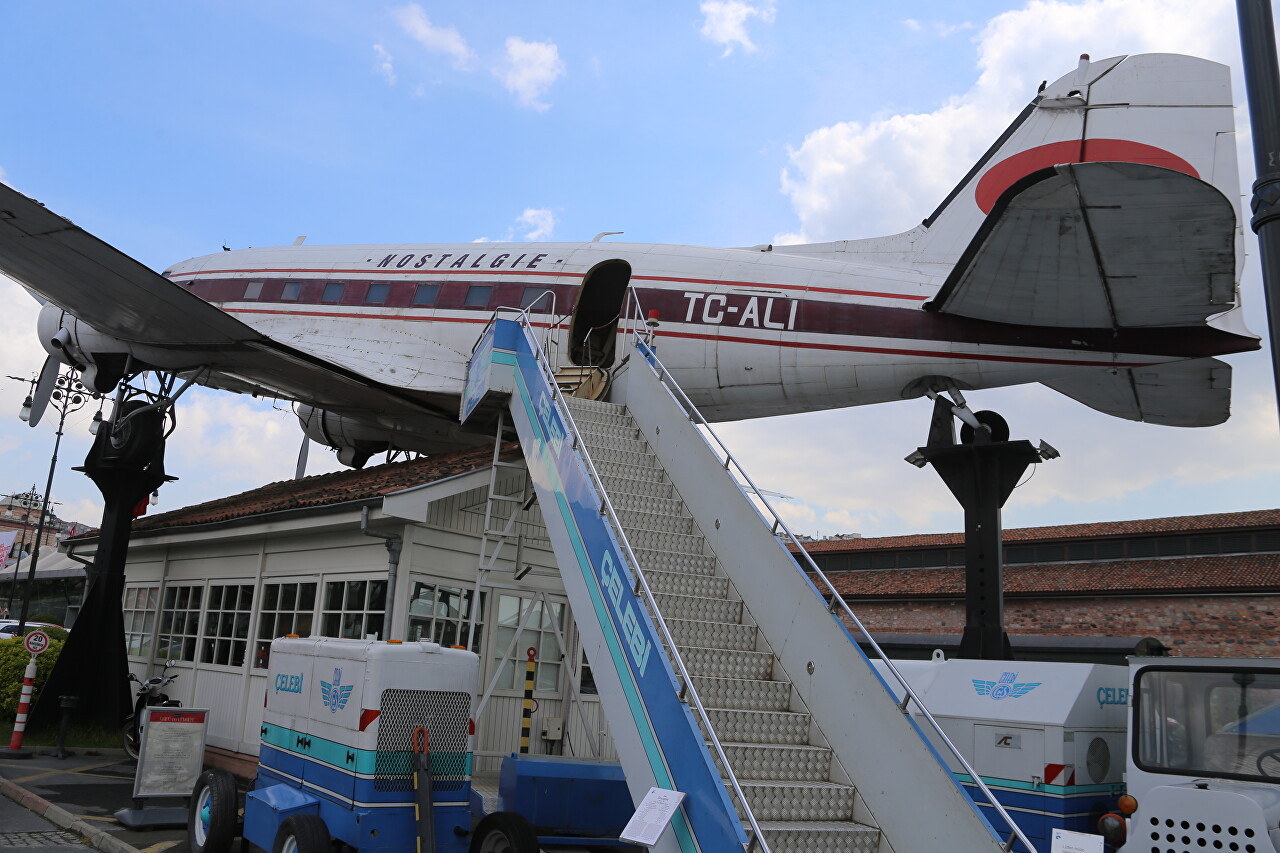 Let's go up the ramp, 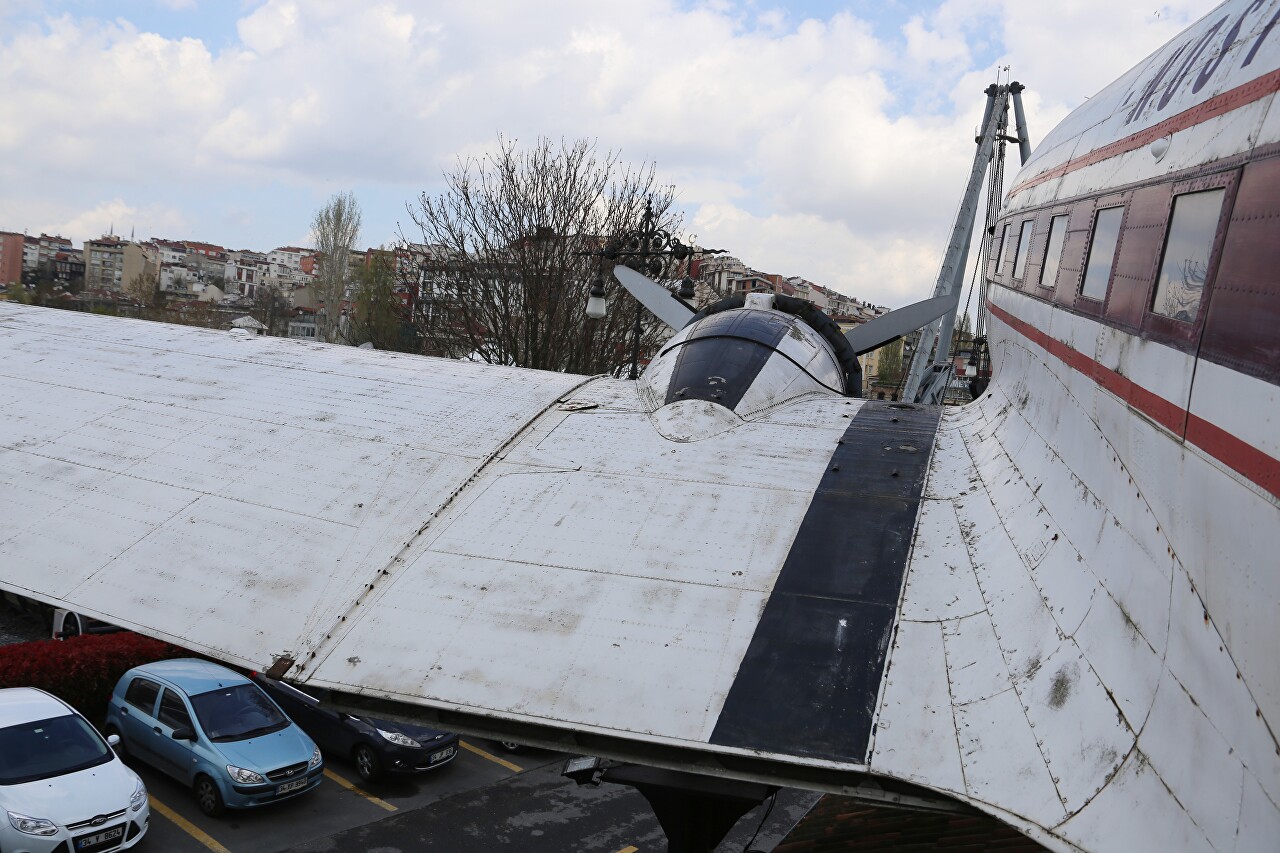 And look at the salon of "Douglas". 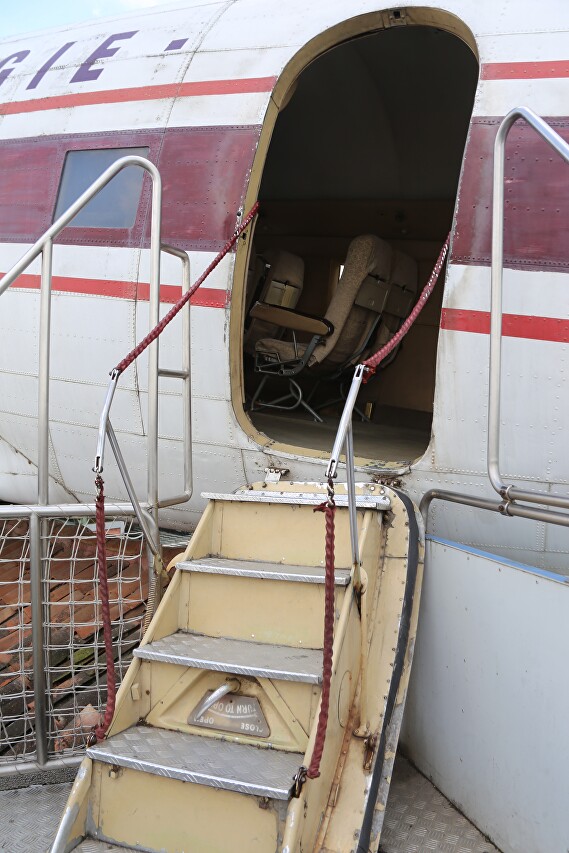 Inside the cabin there are a few seats, sitting in which you can watch a short film about the history of the creation and operation of the world's most common aircraft. 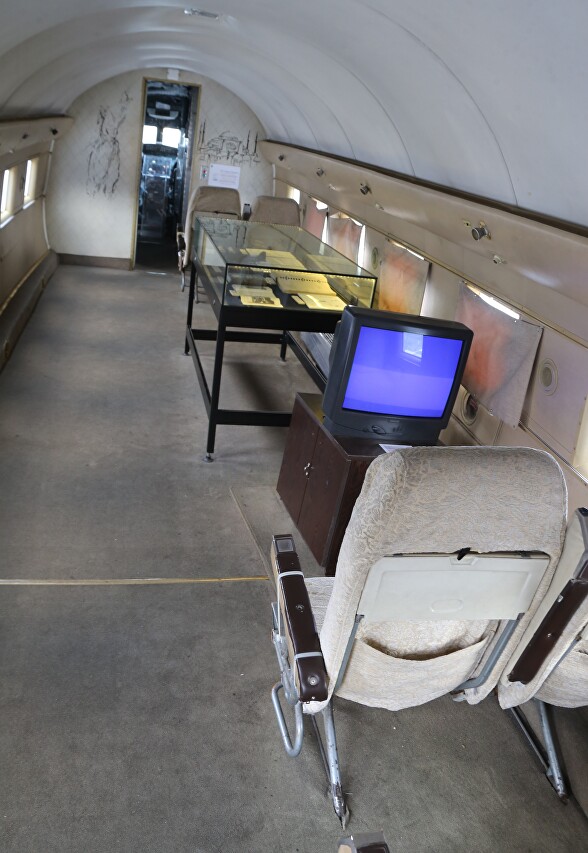 There is also a stand with technical documentation for the operation of the airplane. 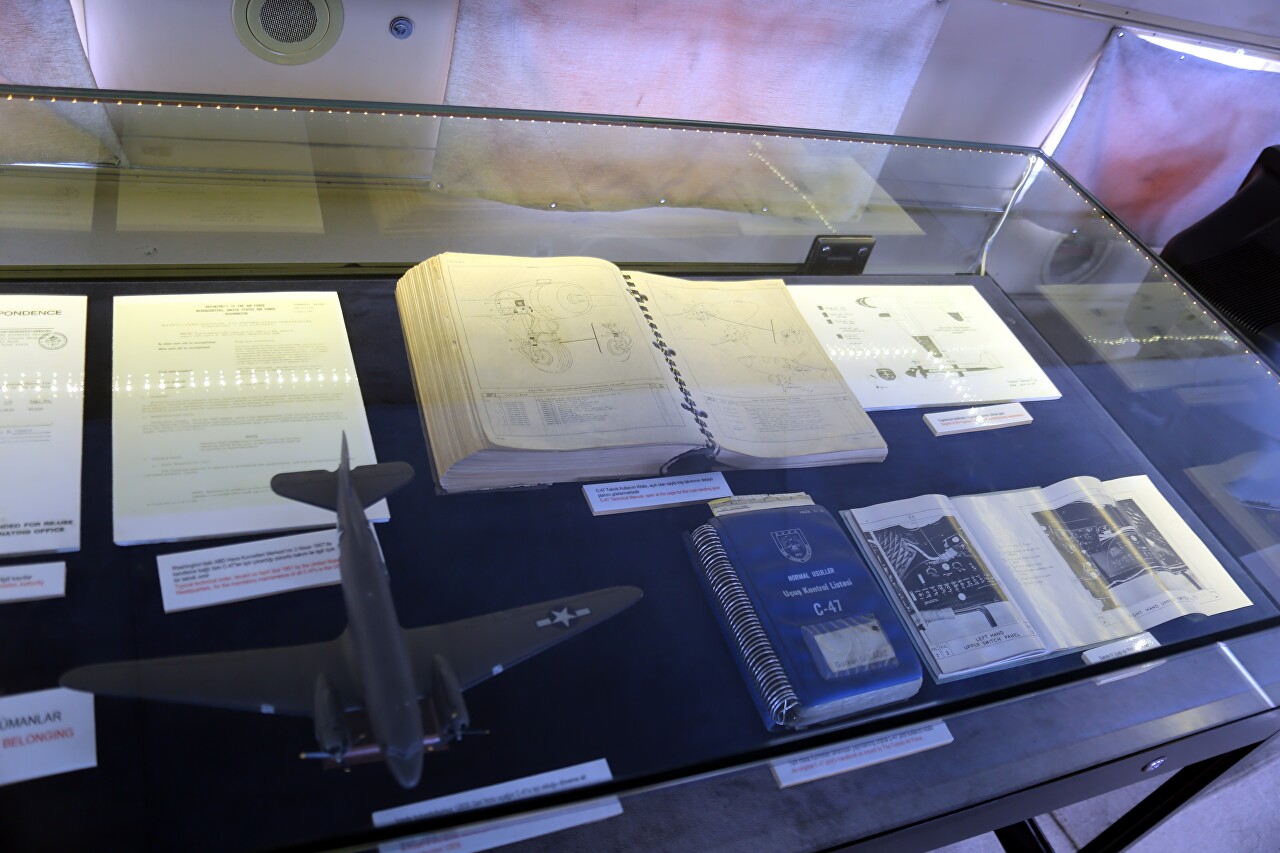 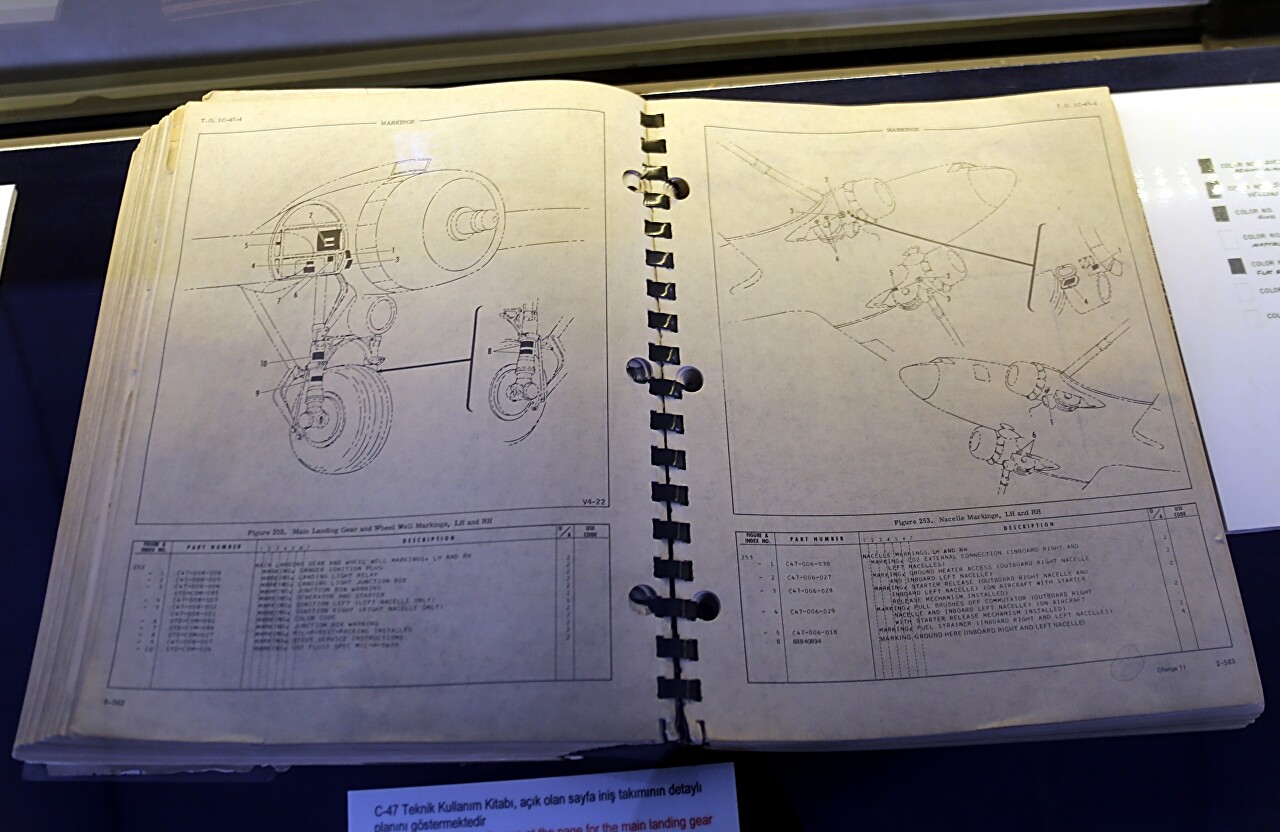 Instructions for the equipment of the pilot's cabin. 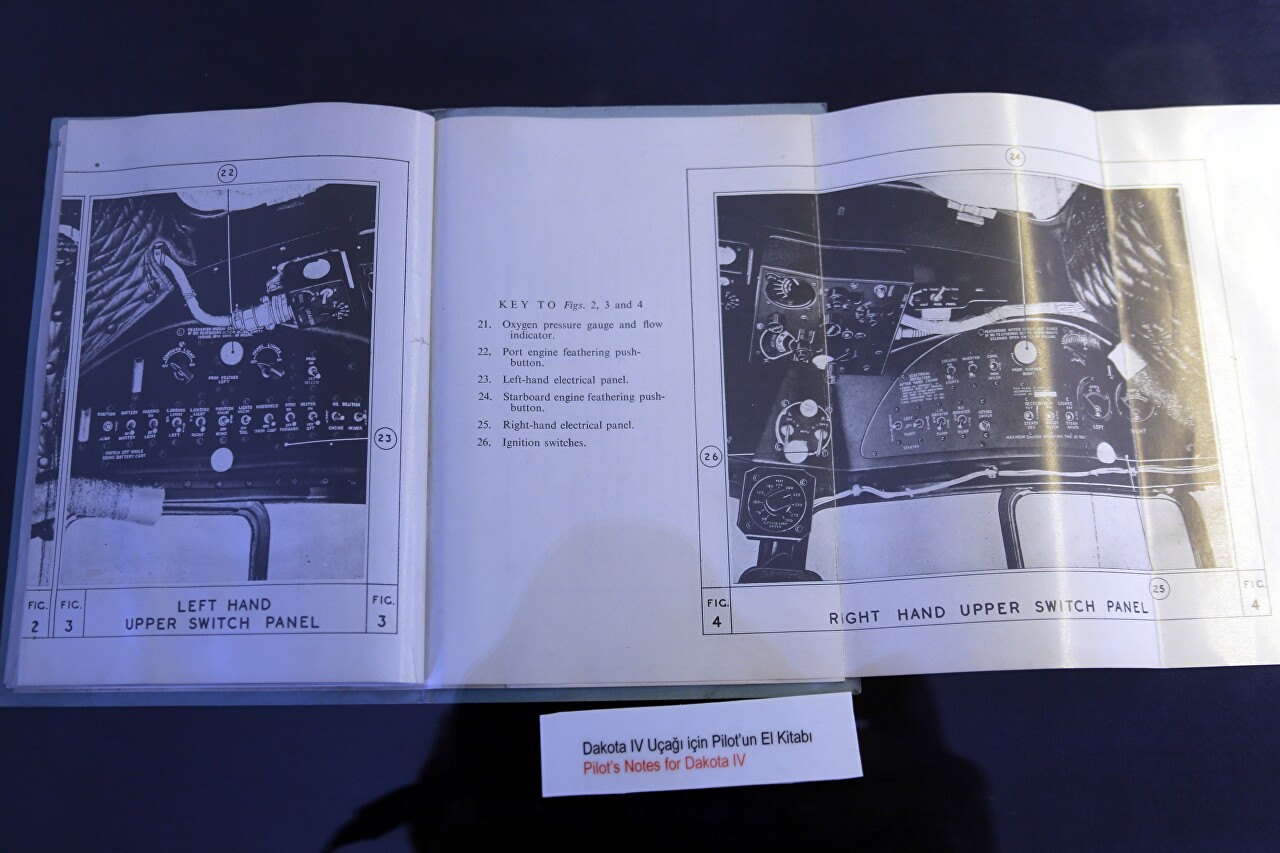 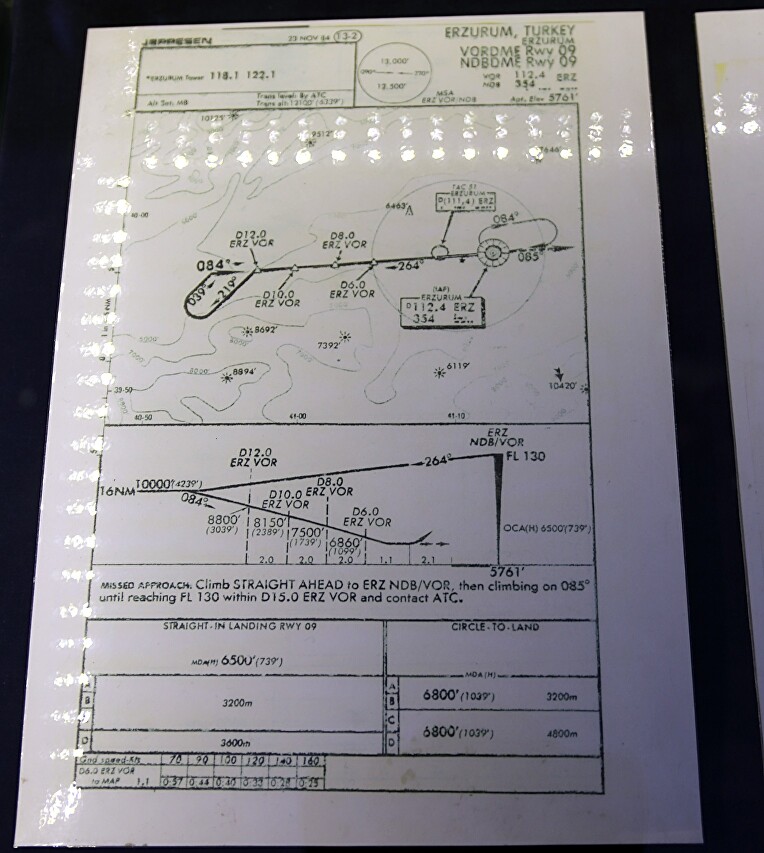 Champion engine spark plugs are one of the most important parts, their quality largely determined the smooth operation of Pratt & Whitney R-1830 engines. These were the standards of salons for VIP passengers in the 50s-60s of the 20th century. 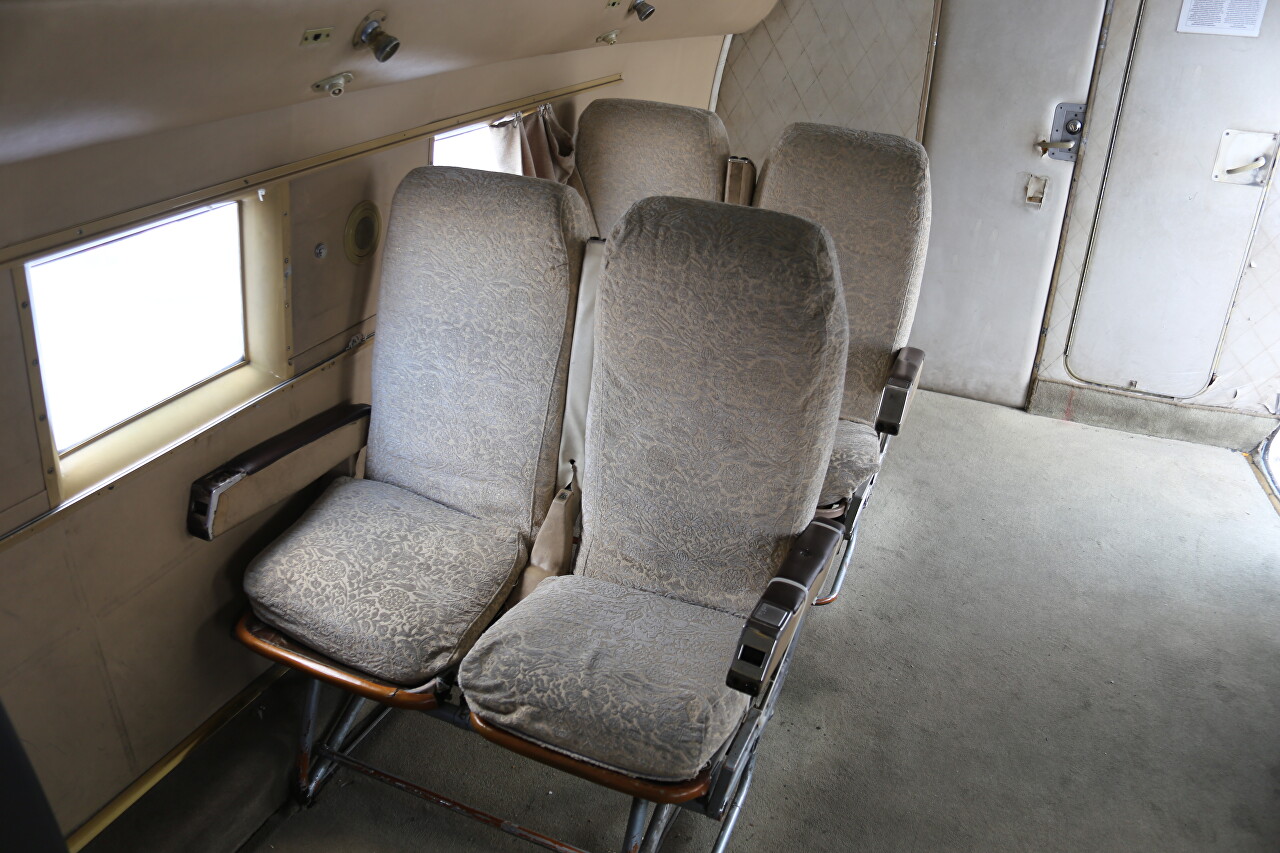 The design of the seats is simple, but it seemed more comfortable to sit in them than in modern liners. However, this can only be determined after sitting for a considerable time, it may immediately seem convenient, but not the fact that you will not experience the same sensations after an hour of sitting. 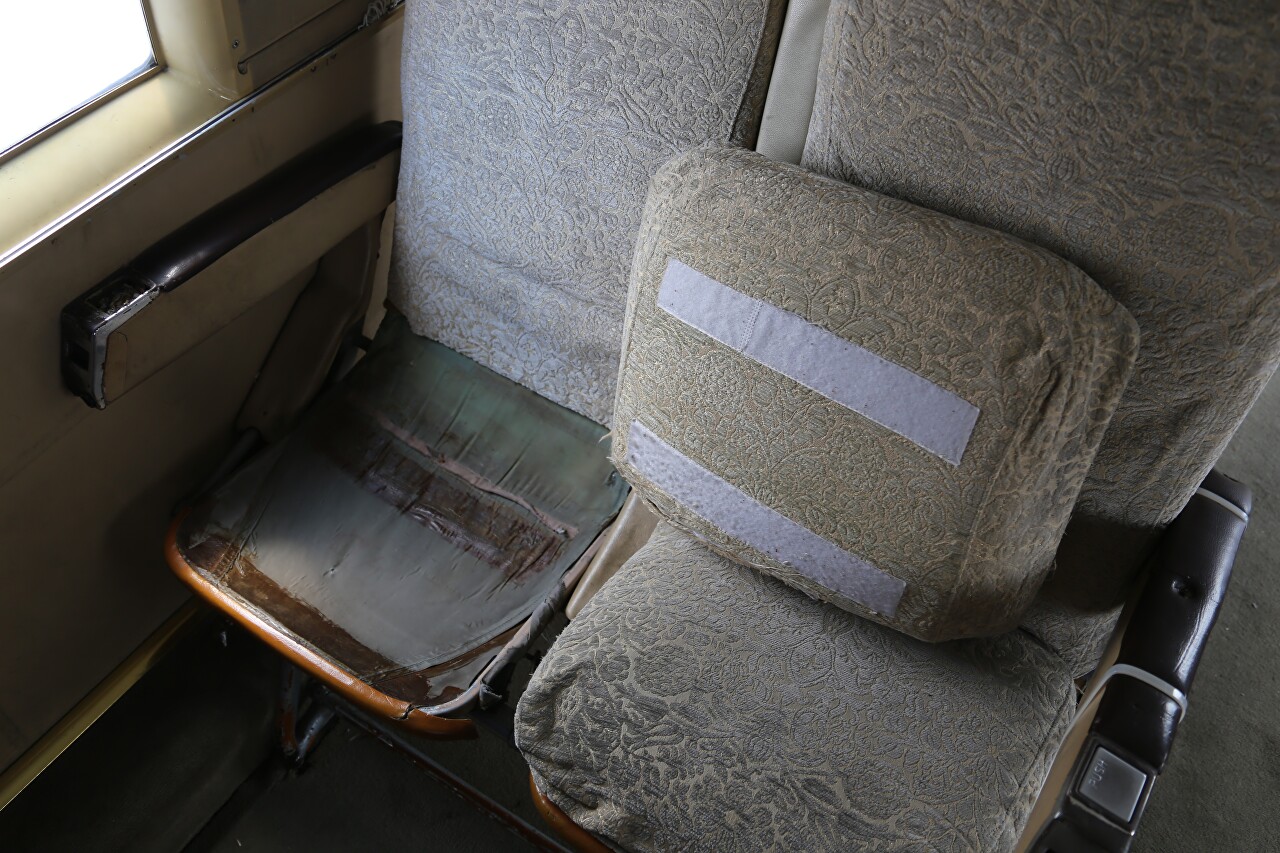 Canvas folding seat, just a pillow on it, a massive armrest. Air conditioning and lighting - one for two seats. 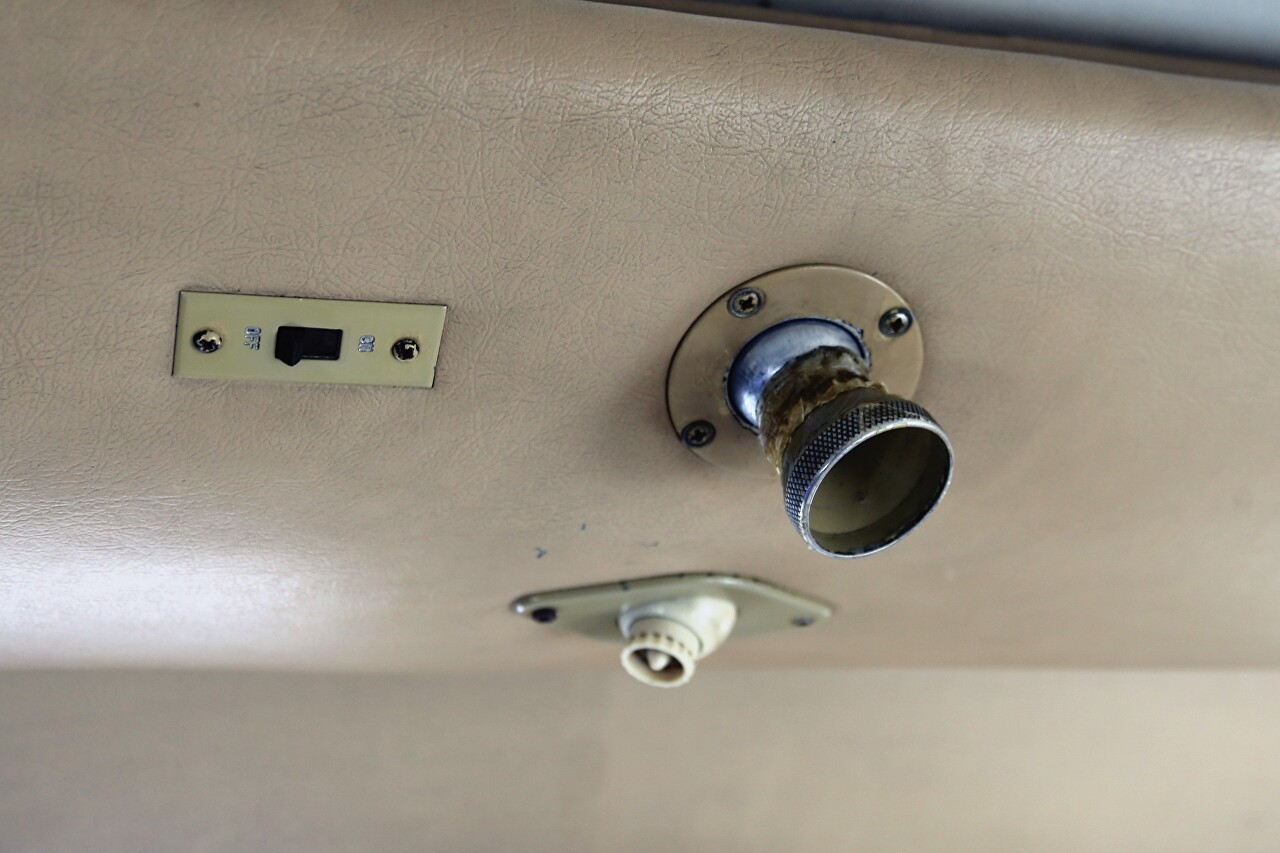 The standard military "Douglas", which is this device, had a compartment in the tail for storing covers, the toilet appeared as a result of re-equipment. It is interesting that until the 60s, many airplane toilets did not have special fecal containers, the products of life were simply removed from the plane. On high-altitude aircraft, the fan tube was provided with a double valve to prevent depressurization. Such systems were even on the Soviet airplane TU-104 and the first models of Il-18. 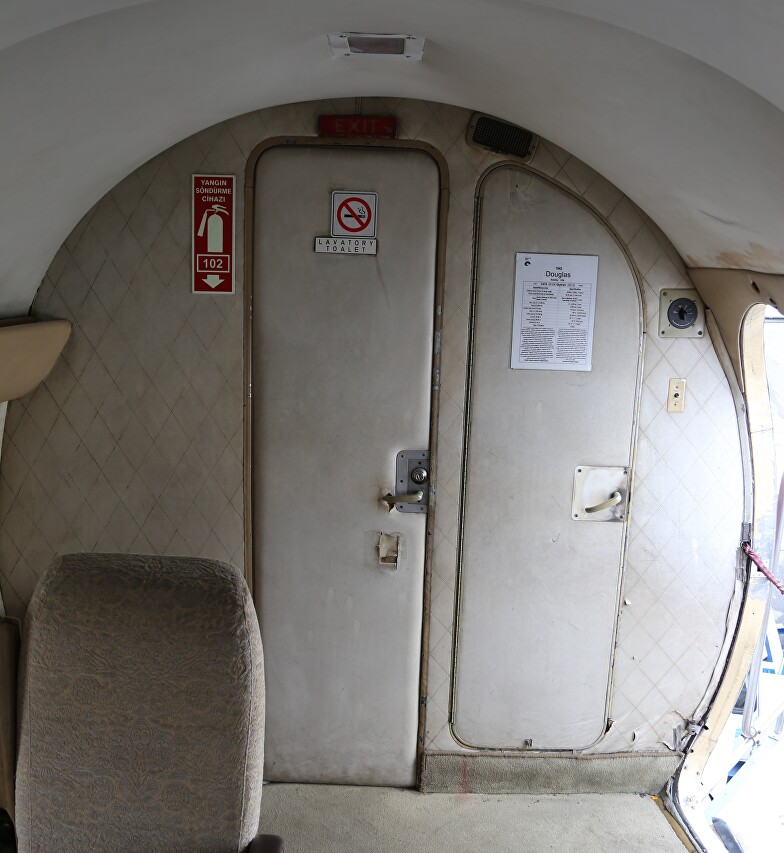 To the right of the toilet is a very small galley, an indispensable attribute of a modern passenger plane. 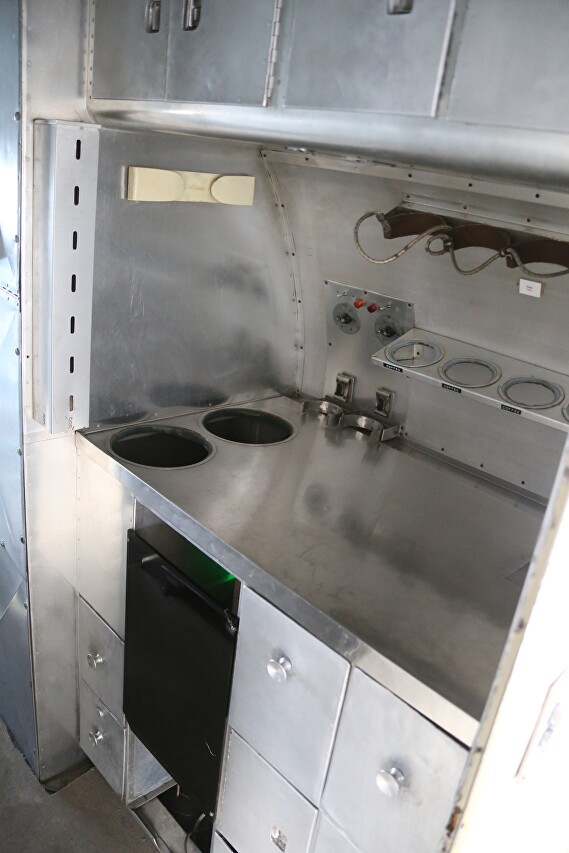 Access to the cockpit is limited by a glass partition, but it is possible to get acquainted with it in all its details. 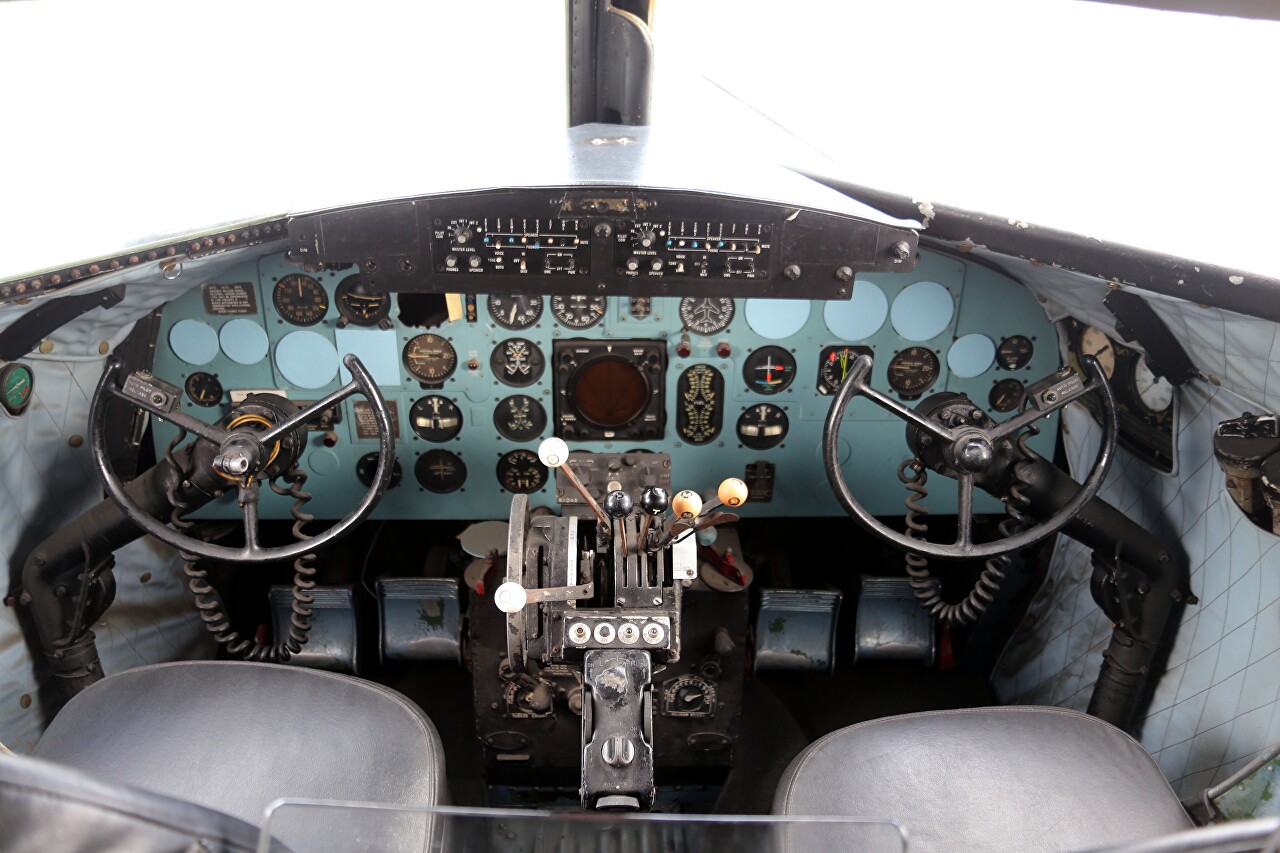 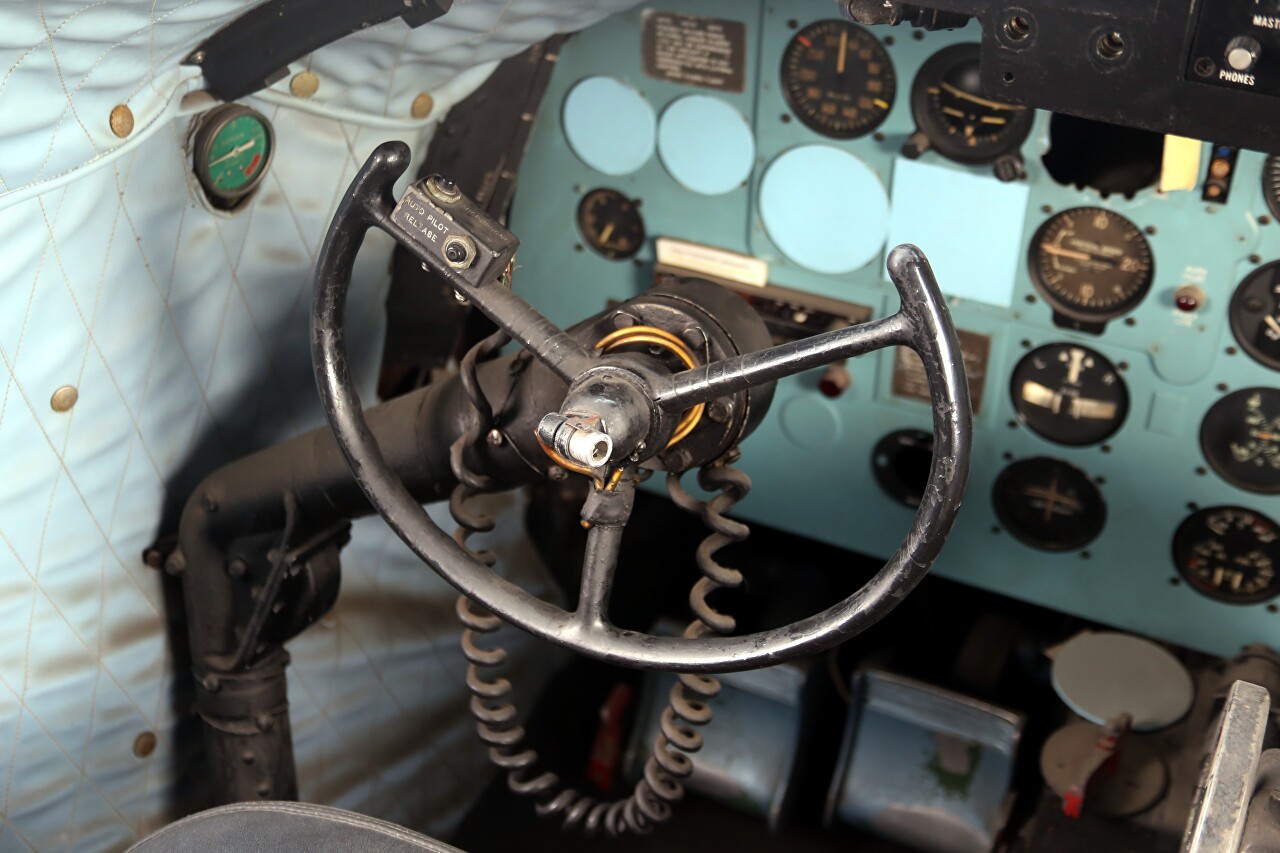 Co-pilot's wheel. Many instruments are missing, perhaps at the end of its career, the plane served as a donor for its fellows. 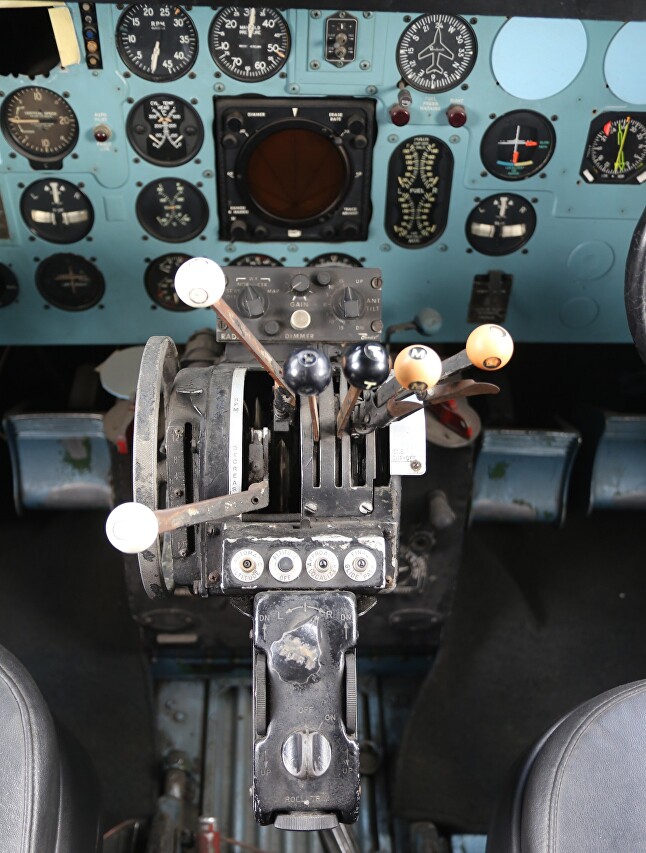 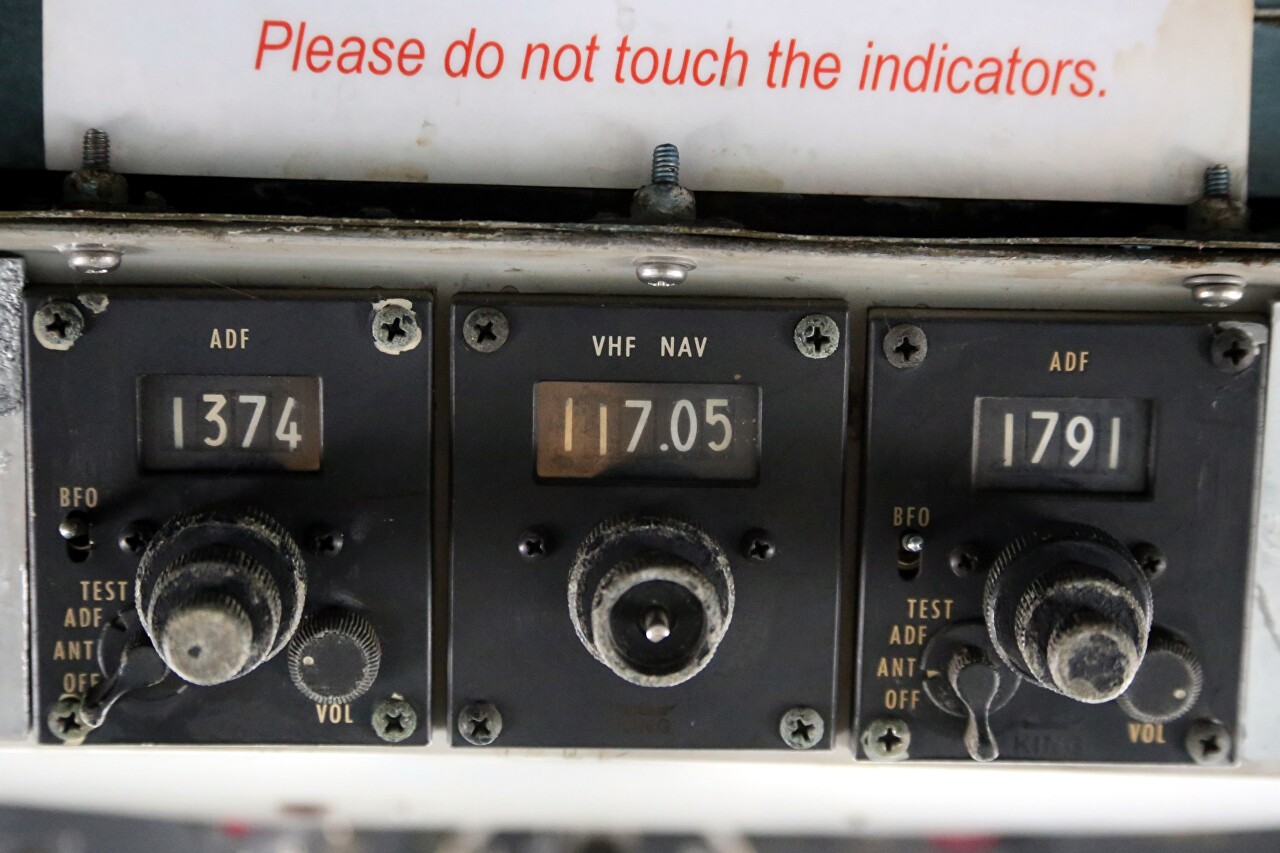 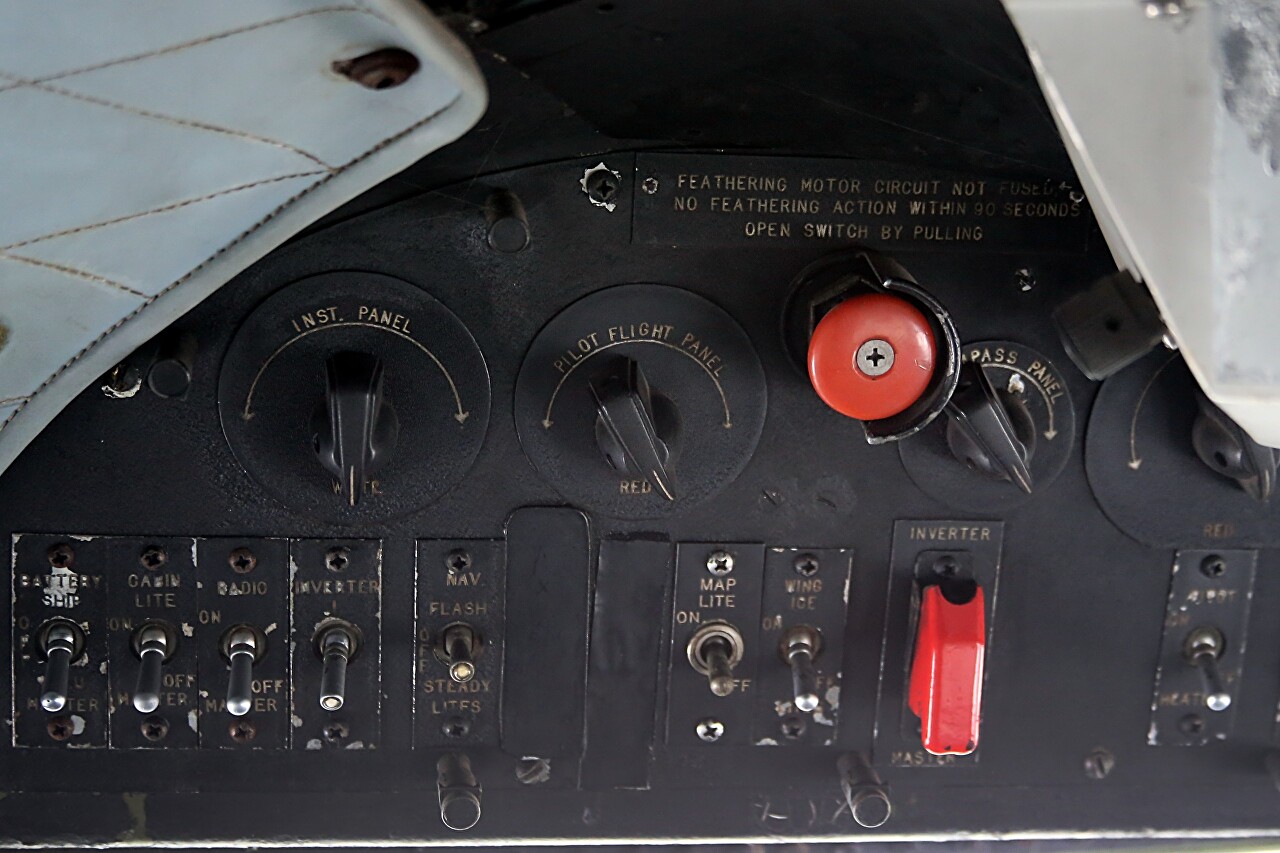 Ammeters of electric generators of the right and left engines. 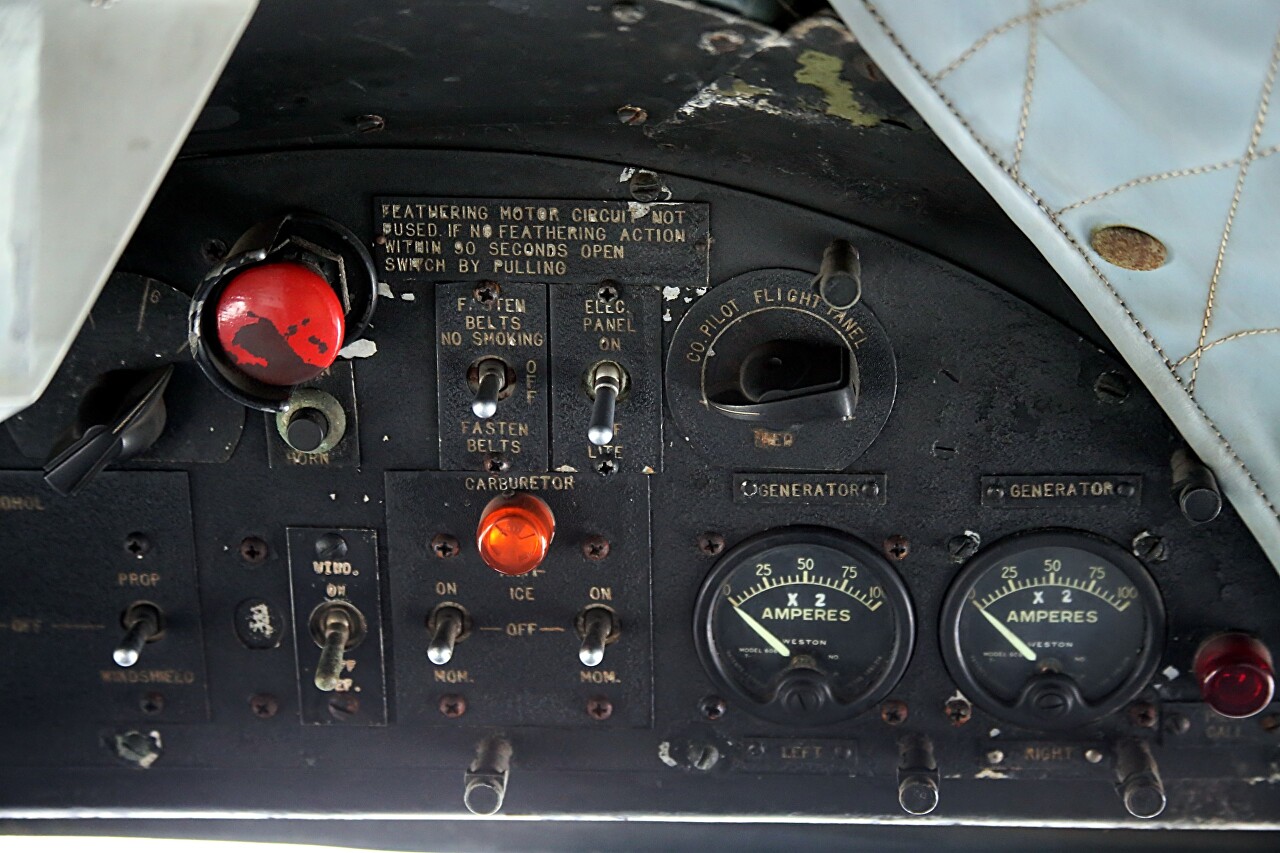 Next to the plane, you can see some airfield equipment from the middle of the last century, which belonged to the ground handling company Çelebi Holding. 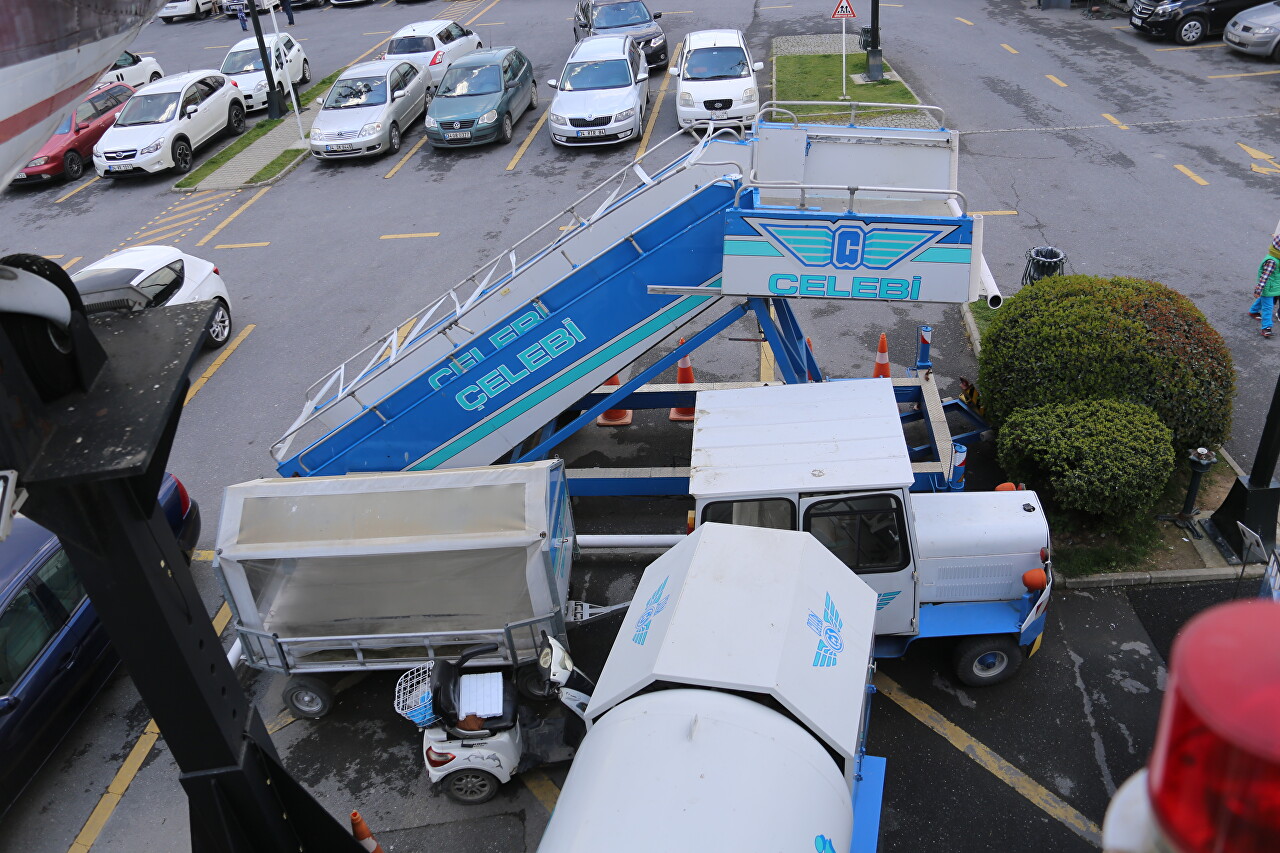 Generator for starting the engines. It was used in order not to waste the charge of aircraft batteries. The fuel tanker is not comparable to the current 30-ton tanks, but the Douglas for full refueling was just under 800 liters and such a car could fill 3-4 aircraft. The boarding ramp with an electric drive. 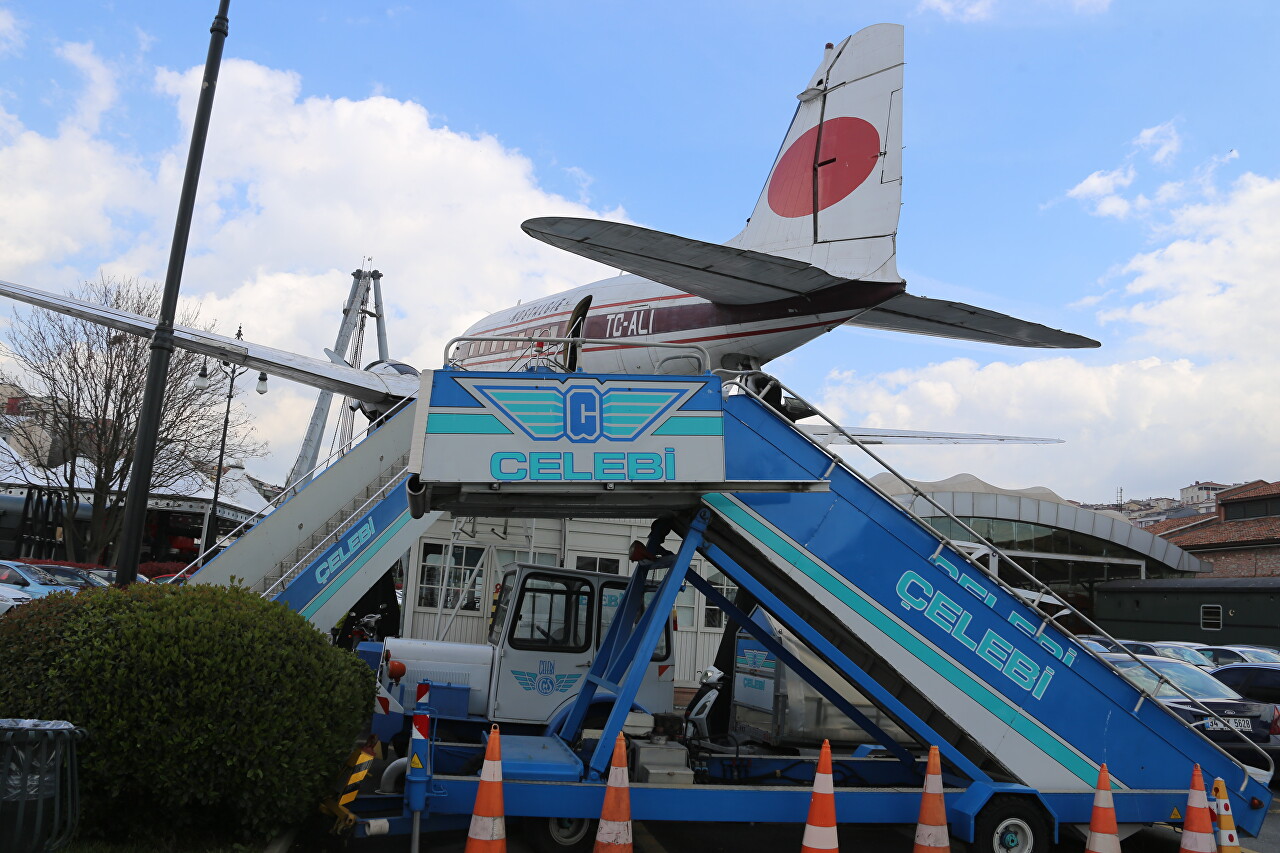