The most important exhibit of the aviation collection of the Rahimi M. Koch Museum is the remains of an American bomber raised from the seabed near Antalya. This is one of the planes that took part in the raid on Ploiesti on August 1, 1943. 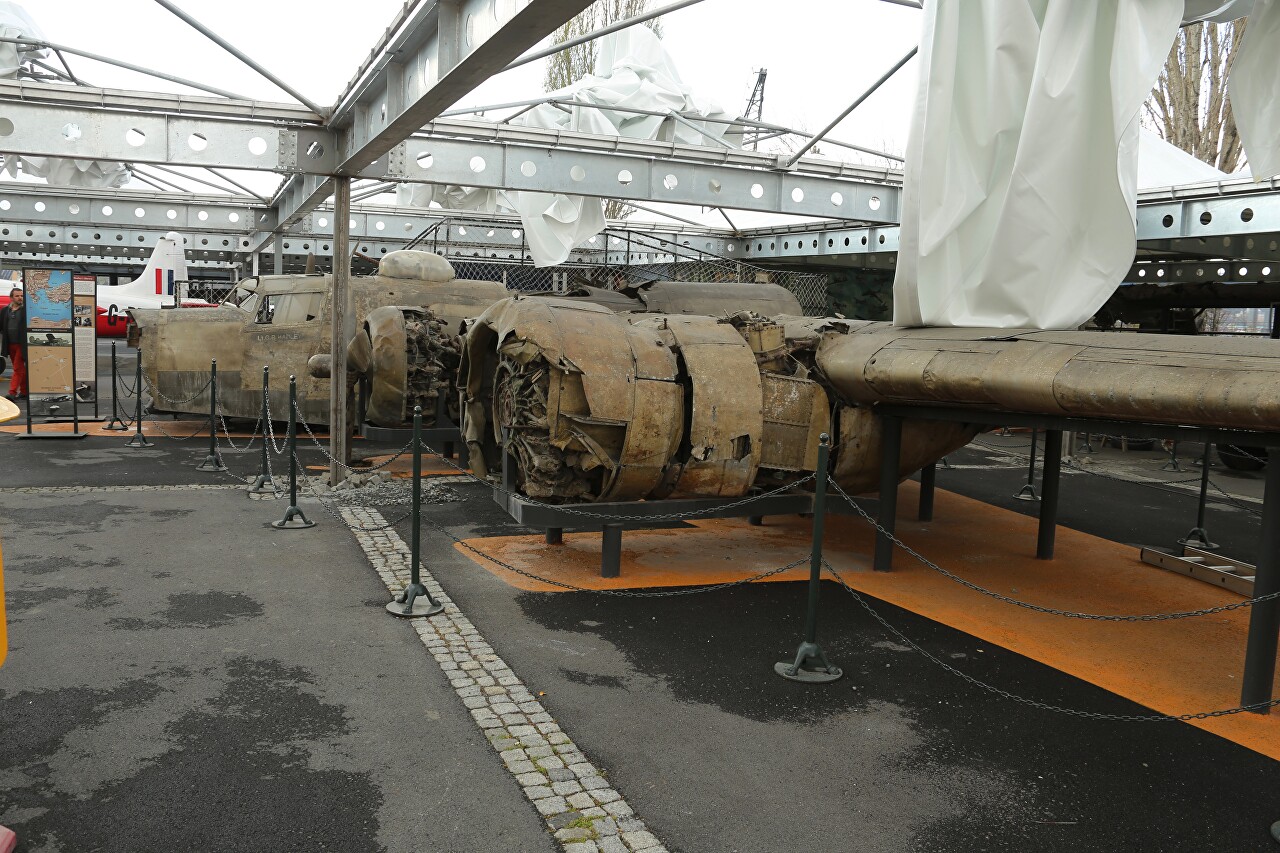 The wing consoles broke off on impact with the water. 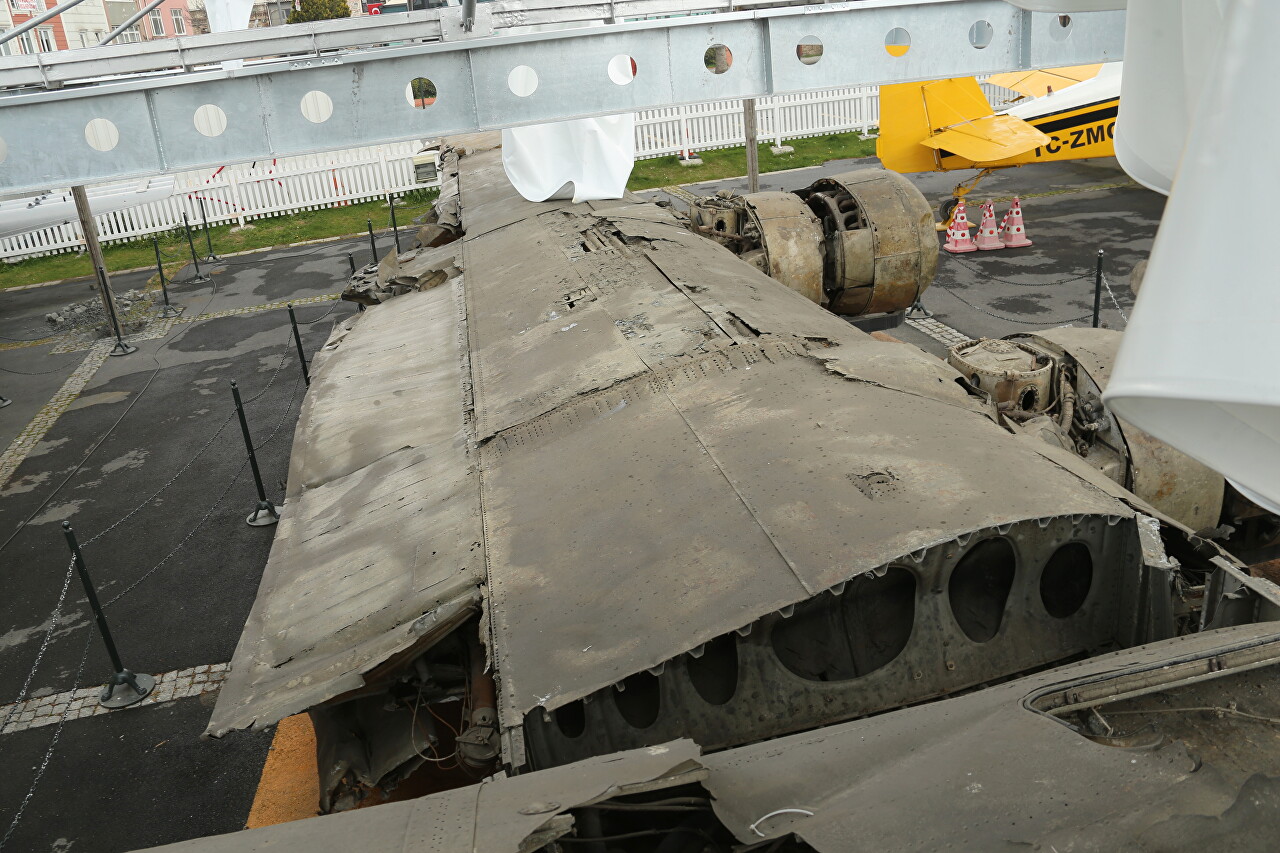 The wing was the main feature of the B-24. The elongation and high profile made it possible to place large fuel tanks in the wing, which provided the aircraft with a record flight range for that time. The design of the consoles is very technological. The profile of the wing was set by stamped ribs, and there were no spars as such - the longitudinal rigidity was provided by profile beams riveted to the skin sheets. 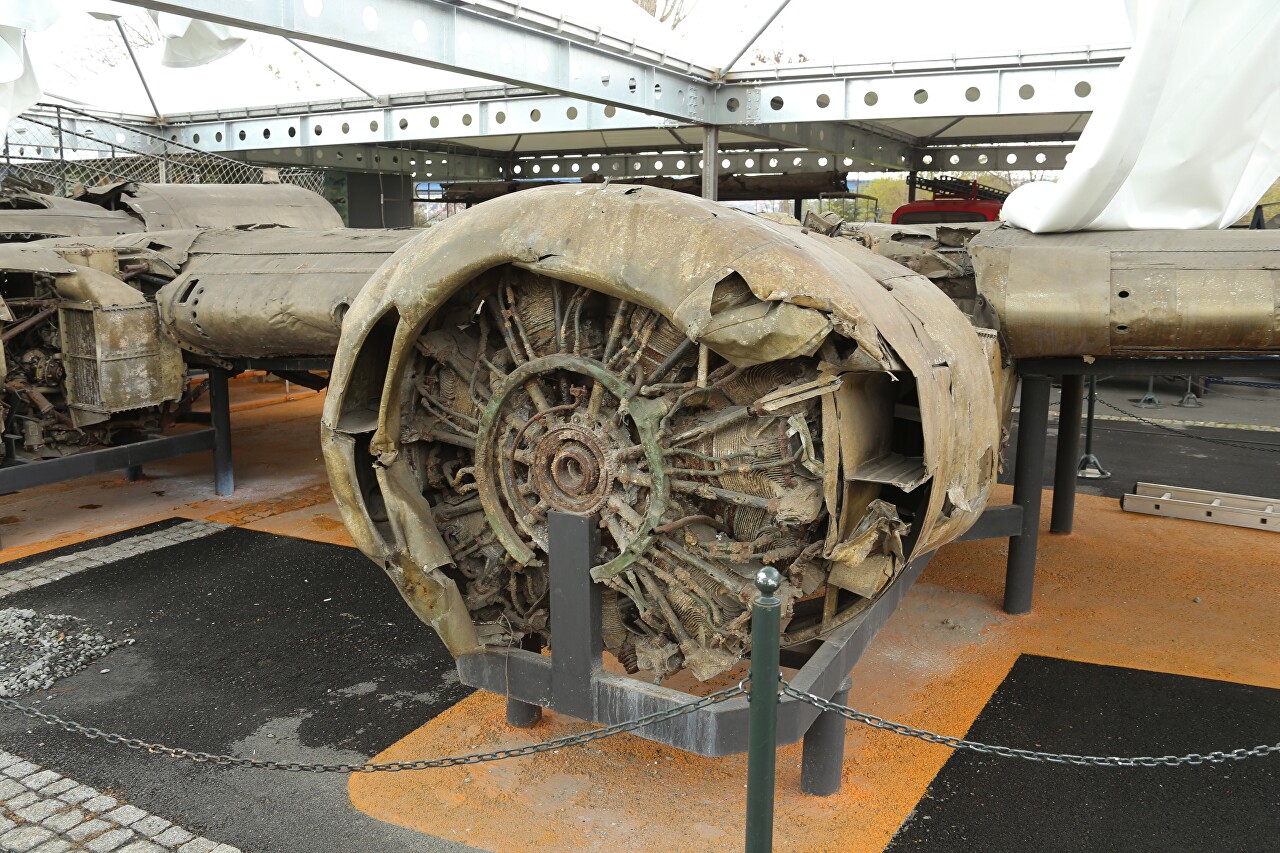 Two-row radial engines with a volume of 30 liters had 14 cylinders and developed a power of 1200 hp. The cockpit is well preserved. The glazed nose part is completely absent. At the very beginning of the attack on the oil fields, an anti-aircraft shell hit there, causing great destruction. The bombardier was killed, the navigator was seriously wounded. 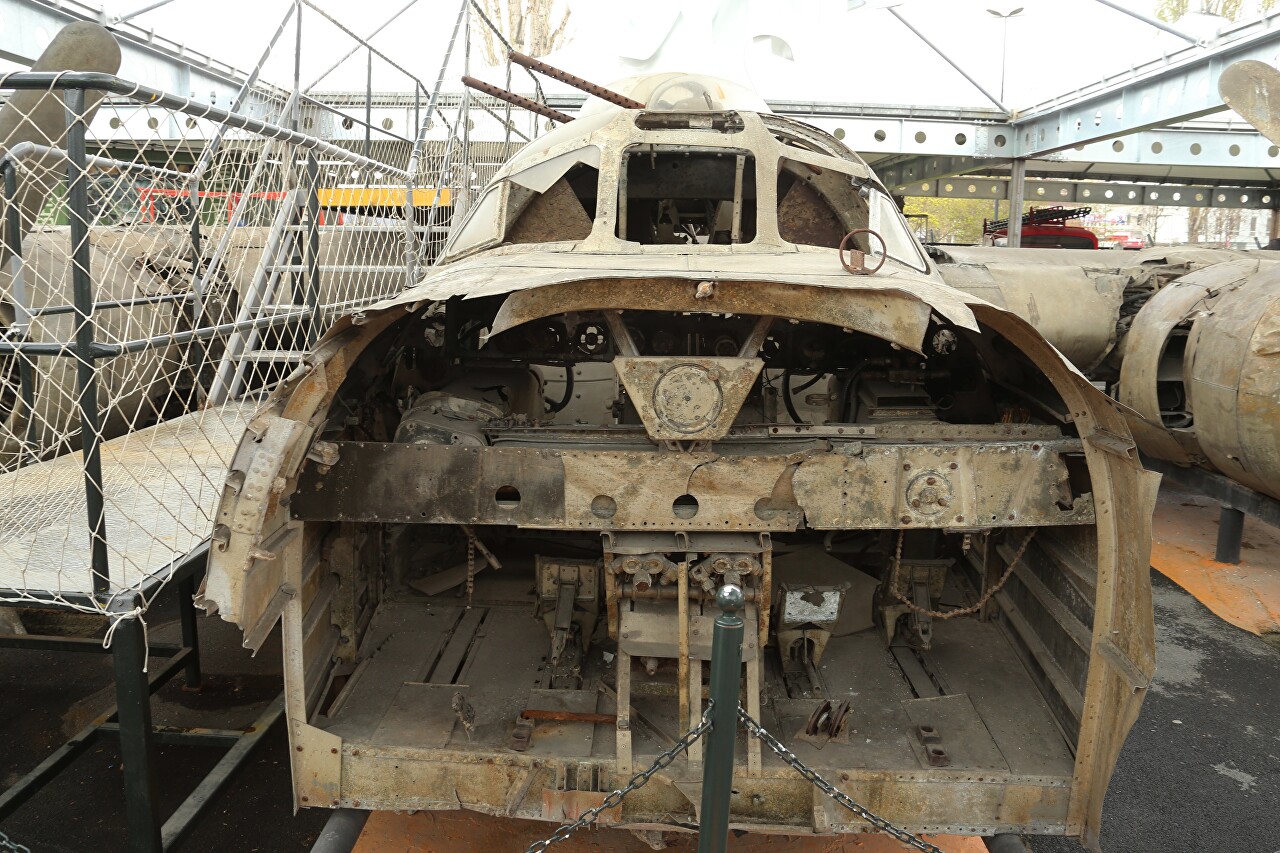 After climbing the ladder, you can look into the cabin. The pilot's seats do not have an armored back, as the entire cabin is protected by armor. 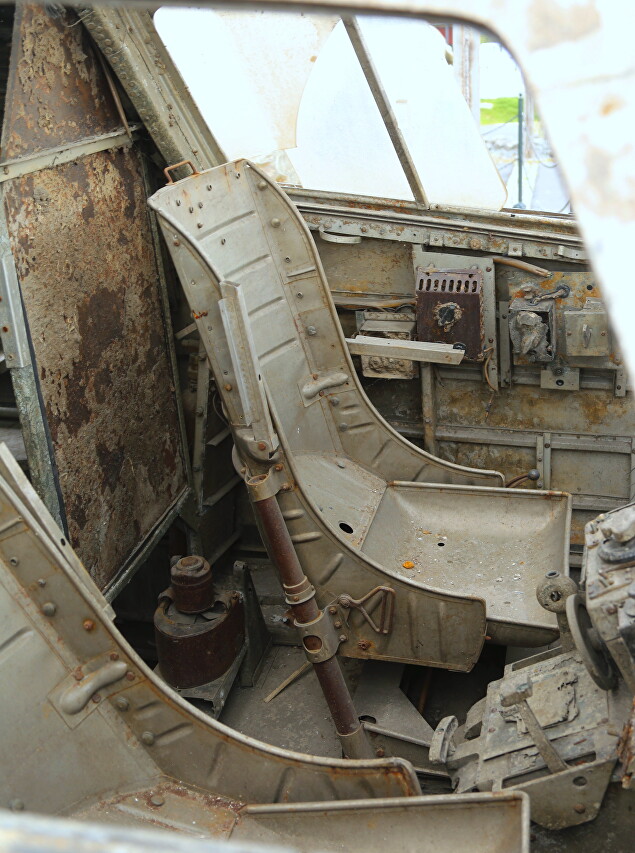 There was almost nothing left of the electrical equipment. 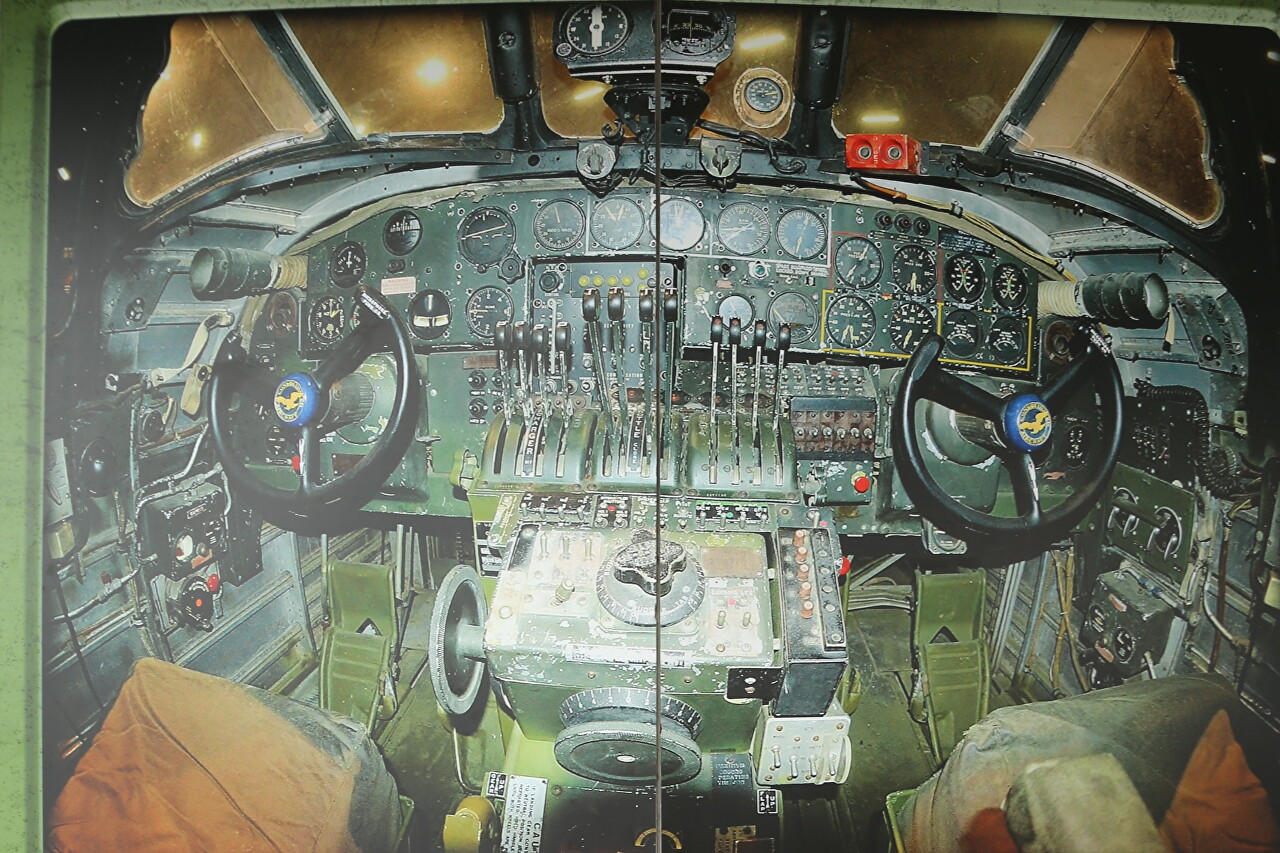 Behind the cabin is a plexiglass hood of the upper turret installation "Bendix". 2 Brownig M2 12.7 mm (.50") machine guns were loaded with 400 rounds of ammunition per barrel. To reduce drag, the turret was hidden in the fuselage and extended only when repelling fighter attacks. The firing point had remote control, aiming was carried out with the help of a complex periscope system, which gave the shooters a lot of trouble. The central part of the fuselage was occupied by two bomb compartments, each of which had a larger volume than that of the B-17.

Behind the cockpit was the radio operator's and navigator's compartment. 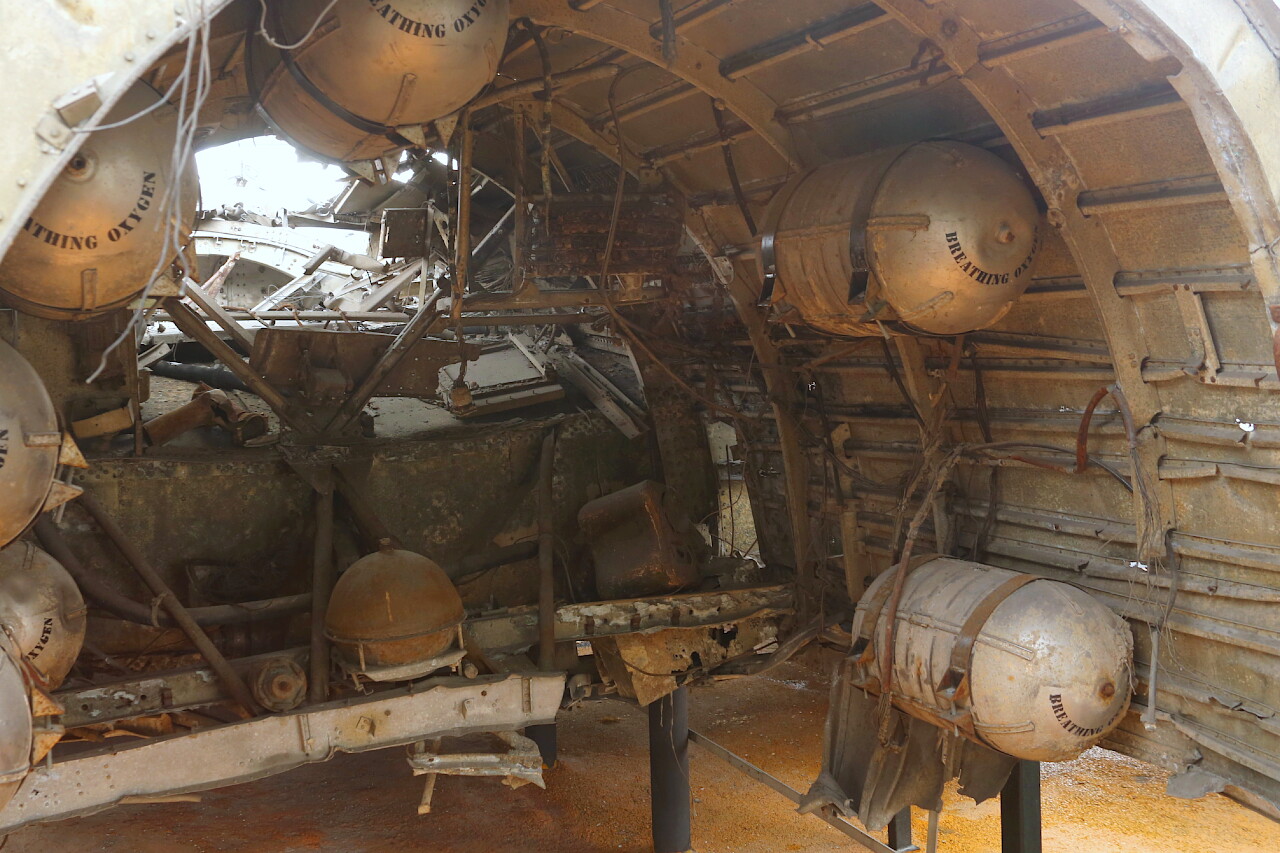 A few photos give an idea of what it looked like. There was equipment for radio communication and navigation, two Brownig M2 machine guns protected the bomber from side attacks by fighters.. 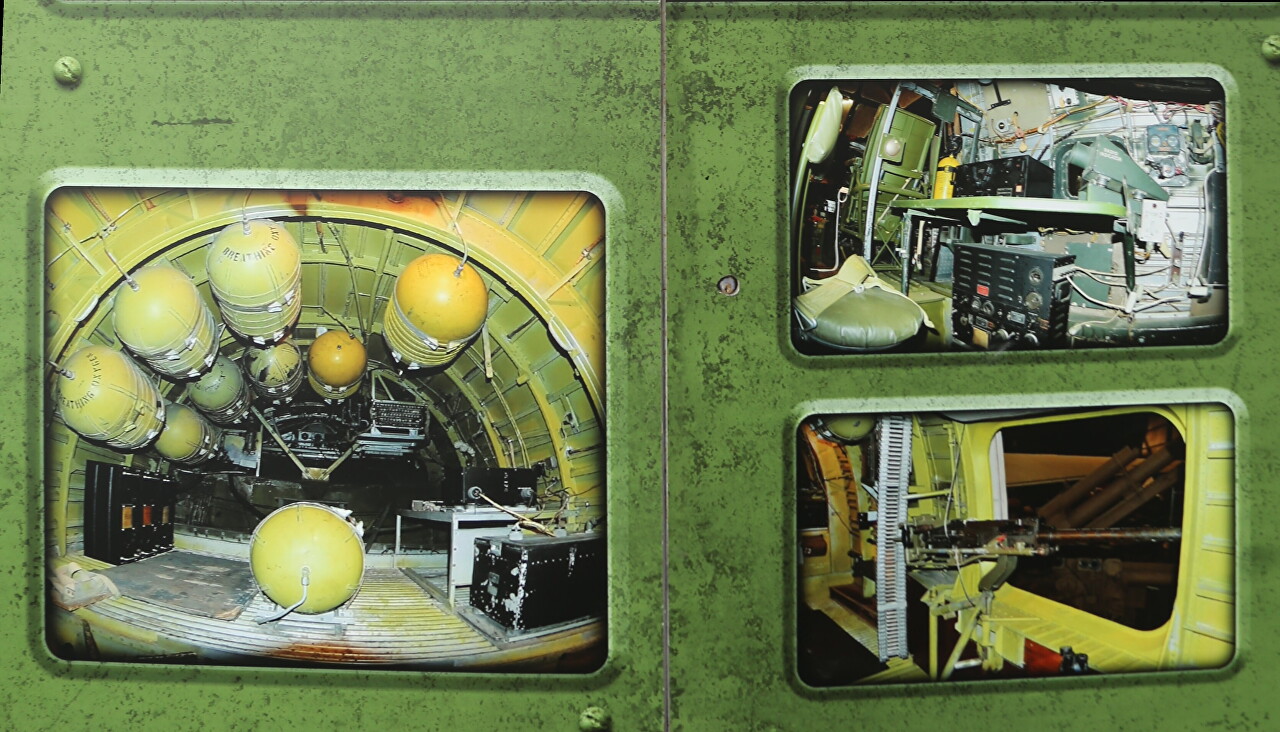 Oxygen tanks. The B-24 had a ceiling of 8,500 meters, and many hours of flying at high altitudes required a large supply of oxygen to breathe. Little remains of the tail section of the fuselage and tail unit. Only the planes of the horizontal stabilizer retained their shape. Tail gunner's cabin, only the seat is well preserved. The Liberator's rear hemisphere was protected by two 12.7 mm Brownining M2 machine guns. Sitting in such a cramped cabin for hours on end was not an unpleasant experience. Next to the remains of the plane, you can see an inflatable life raft, which was part of the emergency kit of American bombers. The Raft-Type A3 could accommodate 4-5 people and was equipped with aluminum paddles. This copy of the raft is dated December 1943, a total of 150 thousand such rafts were produced for the needs of the US Air Force. 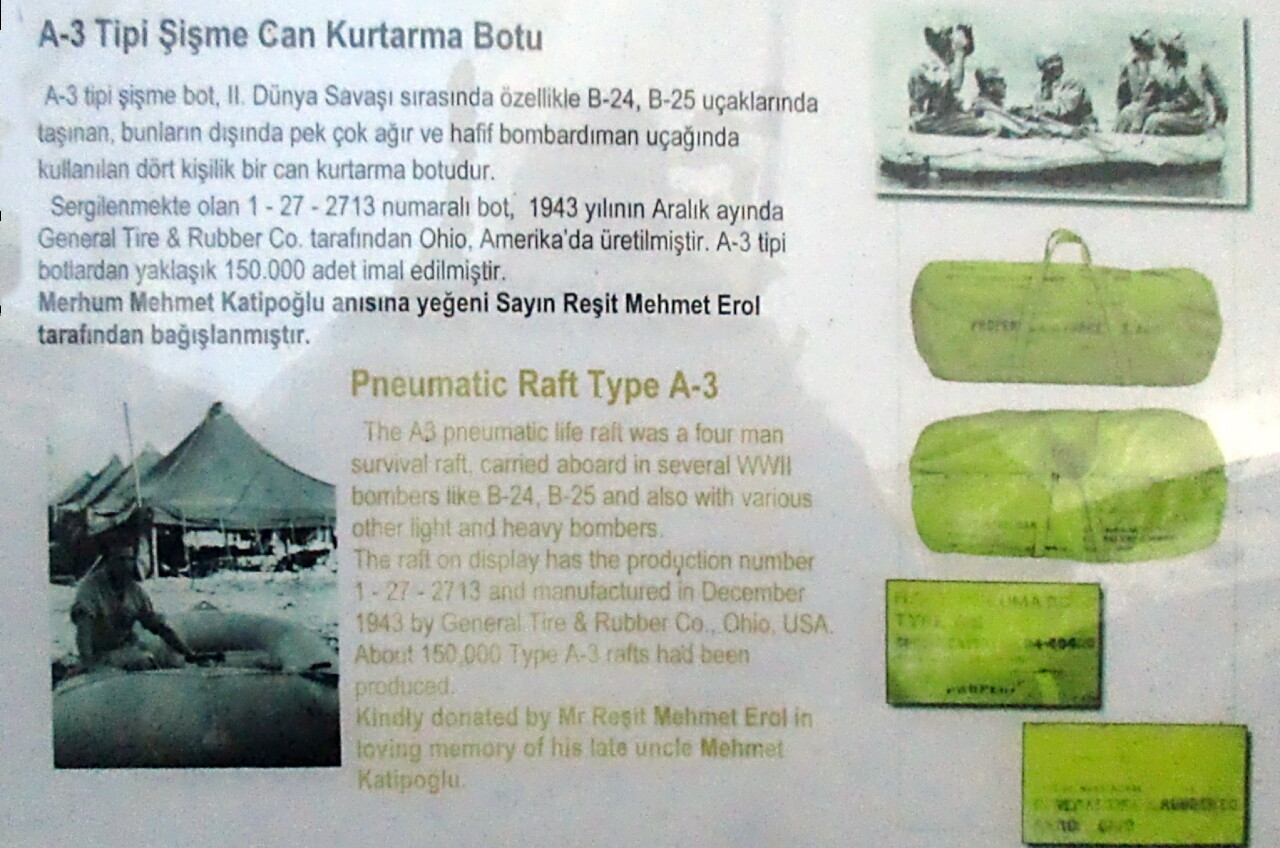 Next to the remains of the Liberator there is a large stand with information about the aircraft of the Second World War.