The plane descends over the Country of a thousand lakes. 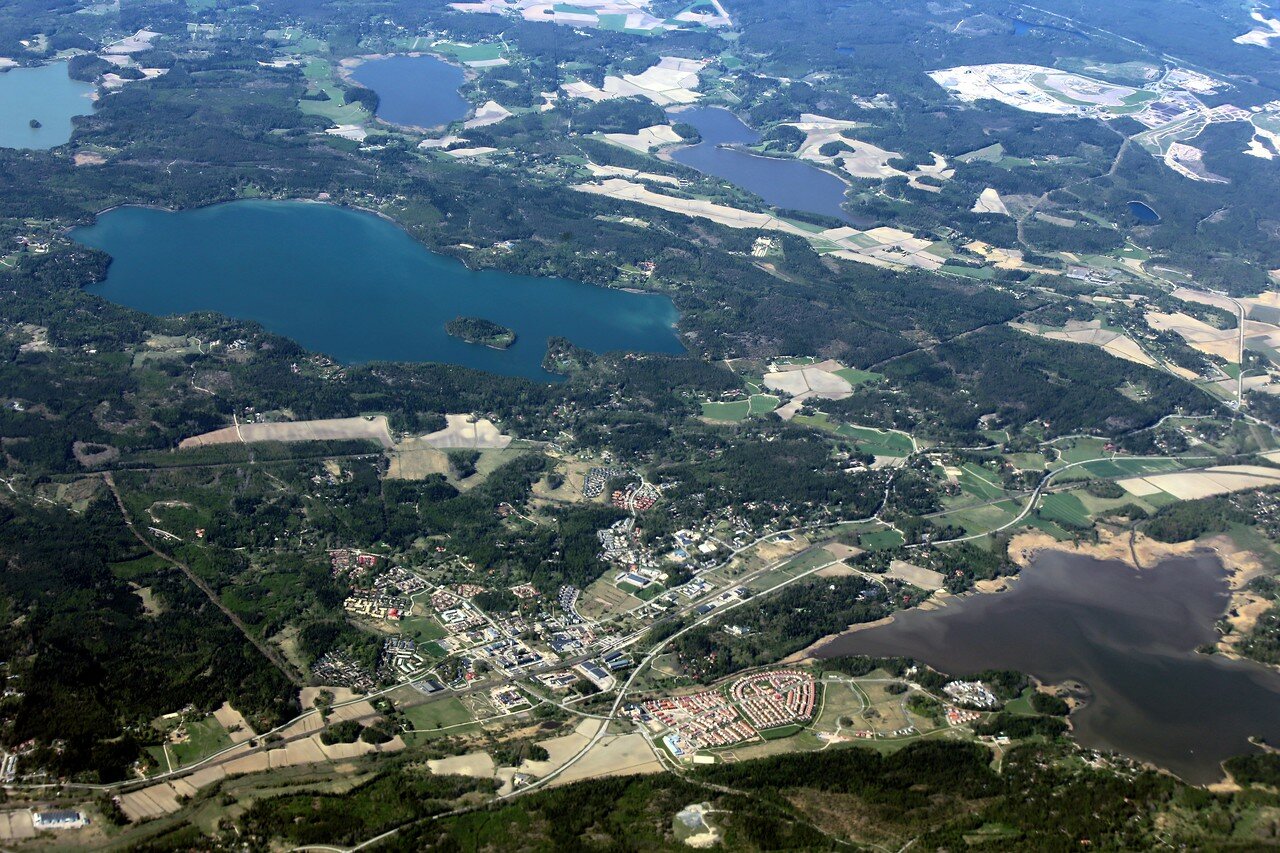 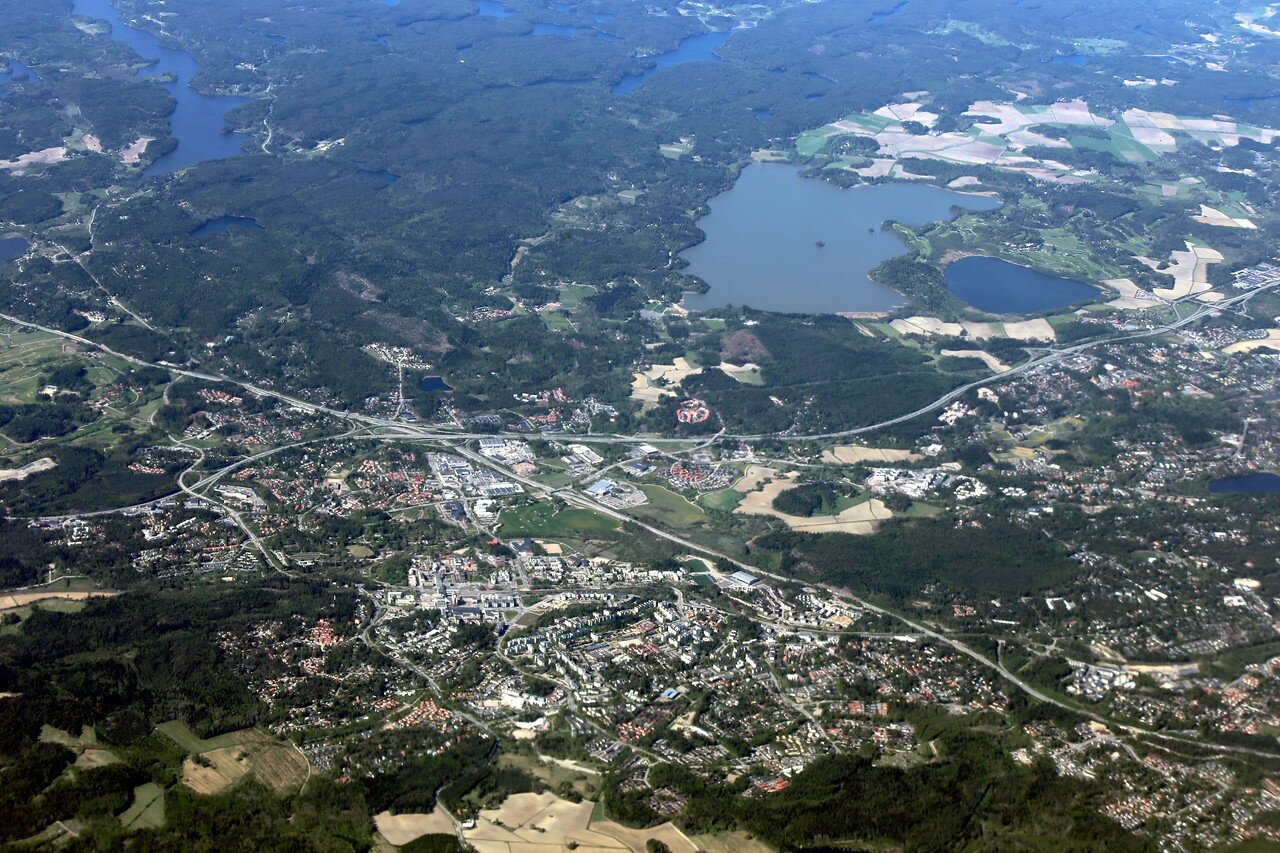 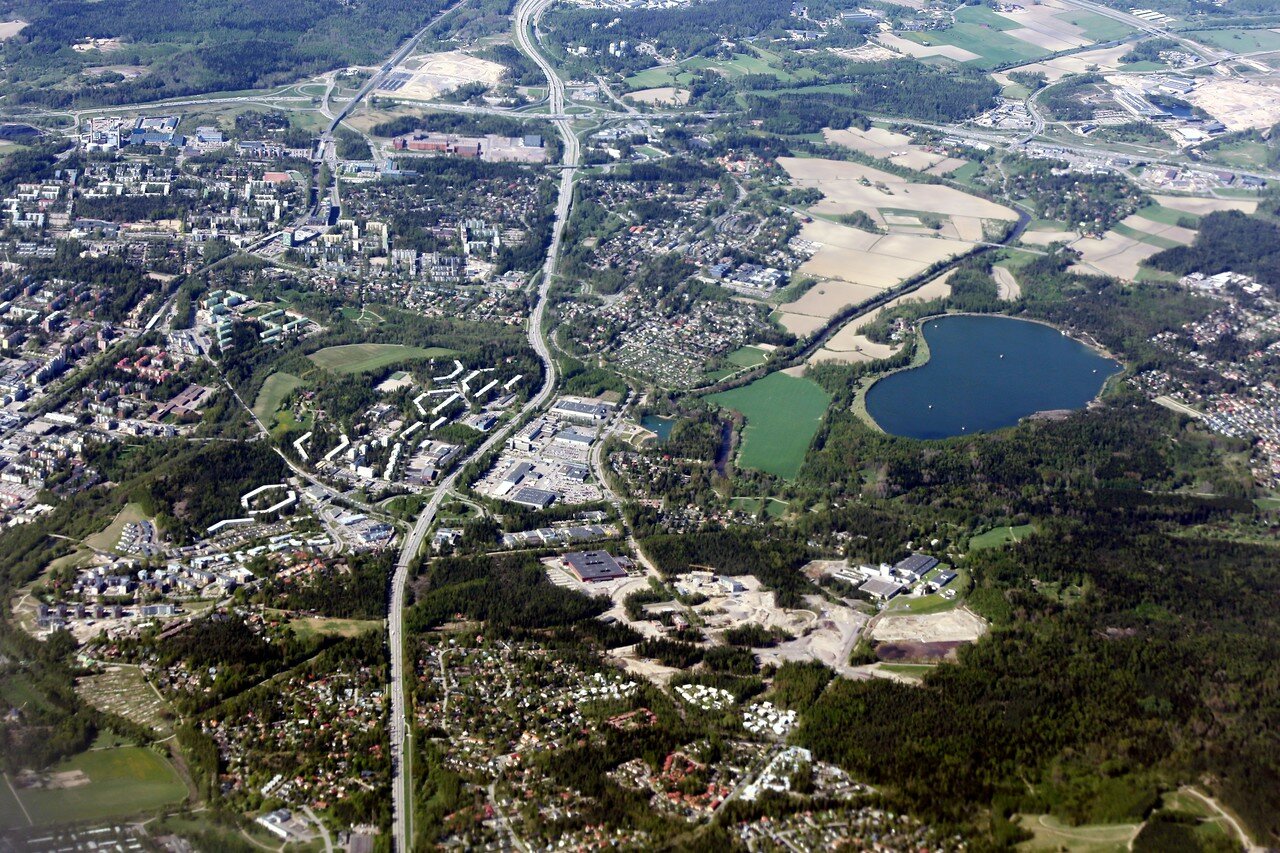 And here is the destination, Helsinki-Vantaa airport. 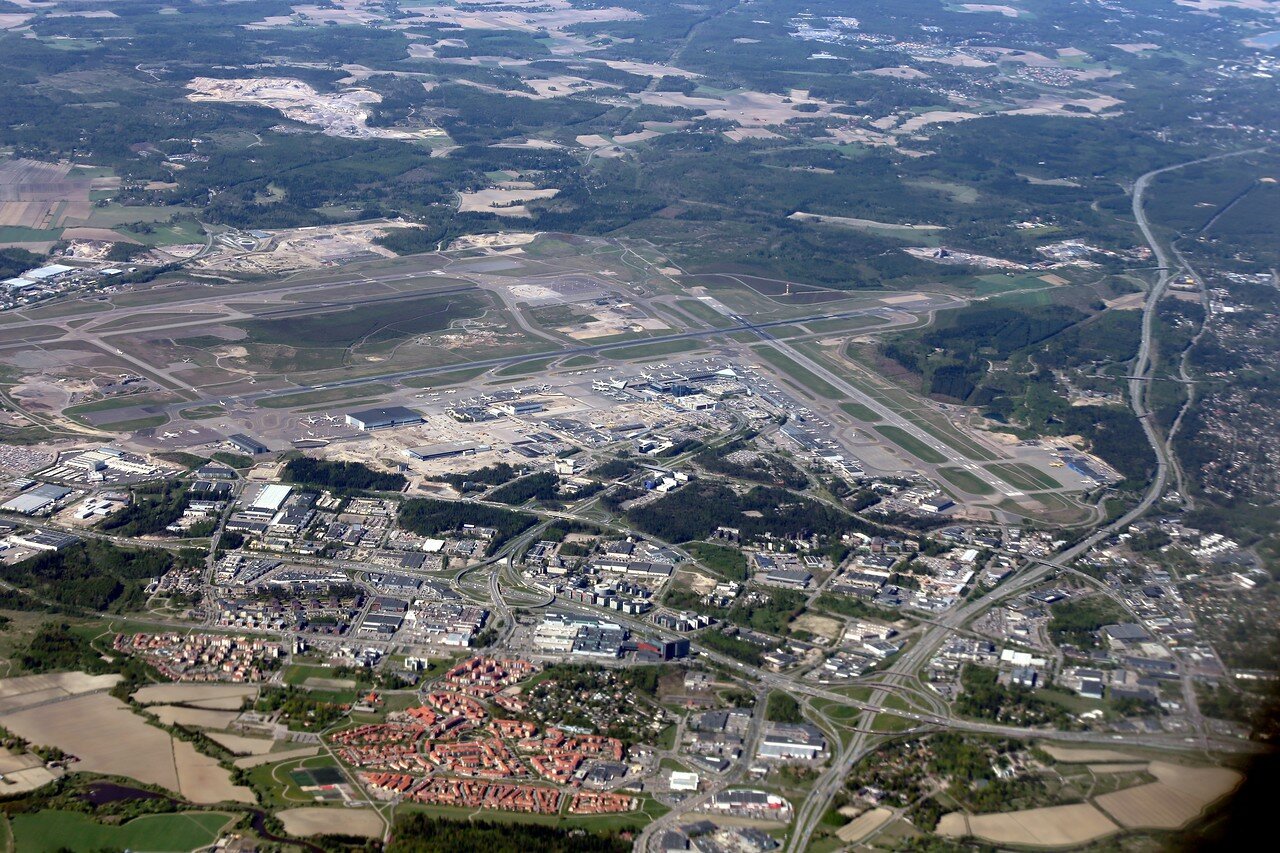 Finland's main air Harbor looks very small. In the center - the international terminal, on the right-the terminal of domestic lines. 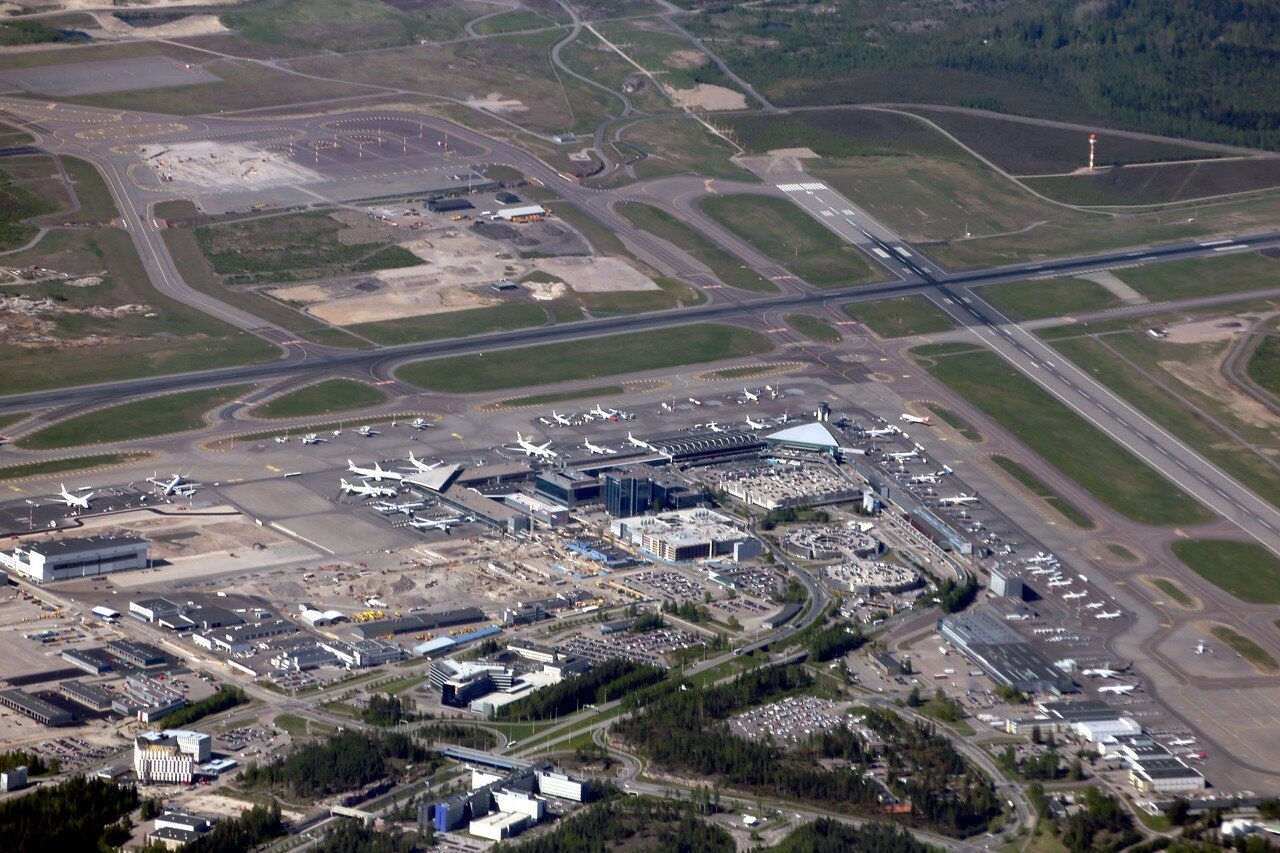 Cargo terminal. In the center of the lower right quarter of the frame, you can see two hangars standing on a ledge just below a tall building. This is the Finnish national aviation Museum, which you can visit if You have a couple of hours between flights. It takes about 20 minutes ' walk to get to the hotel. 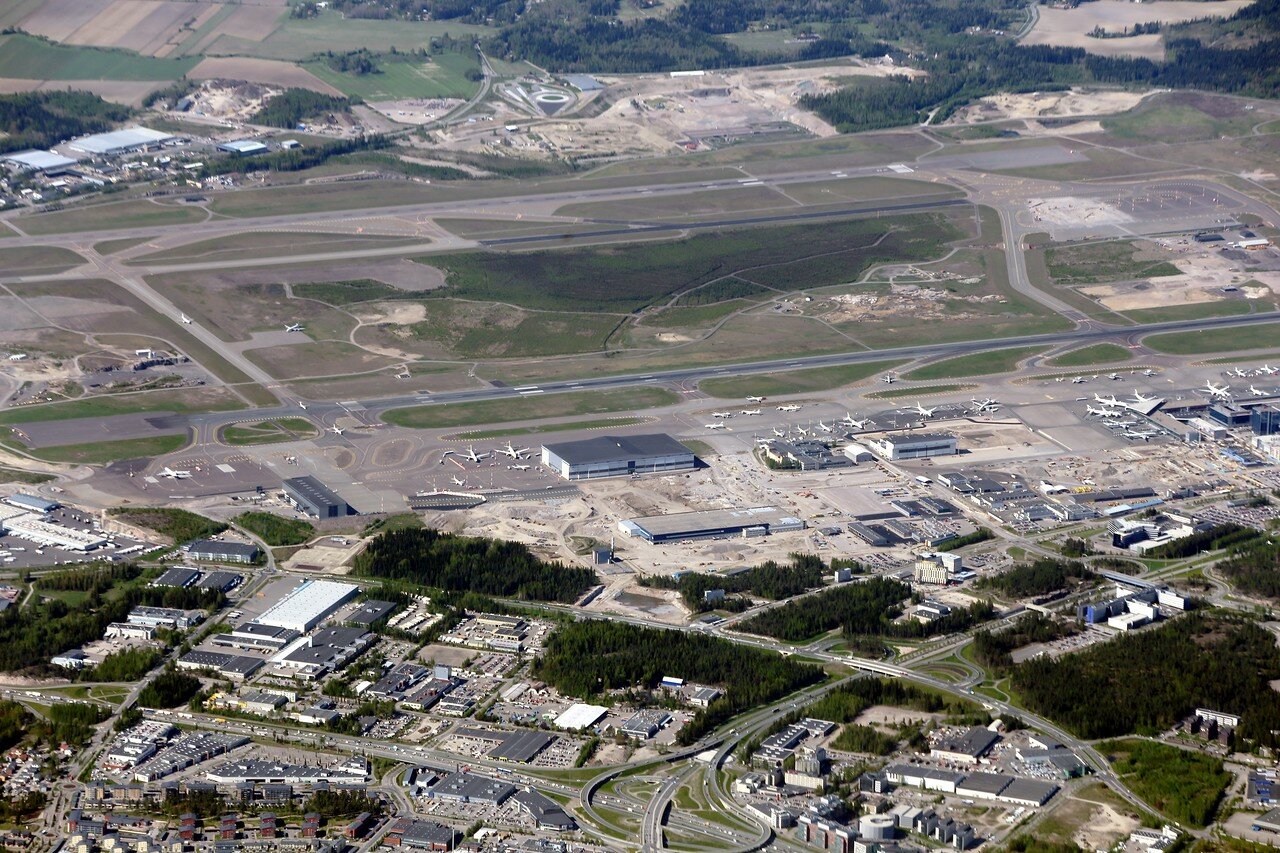 Now you can look around the entire airport. Compared to the passenger terminal, it is not so small and has three runways. 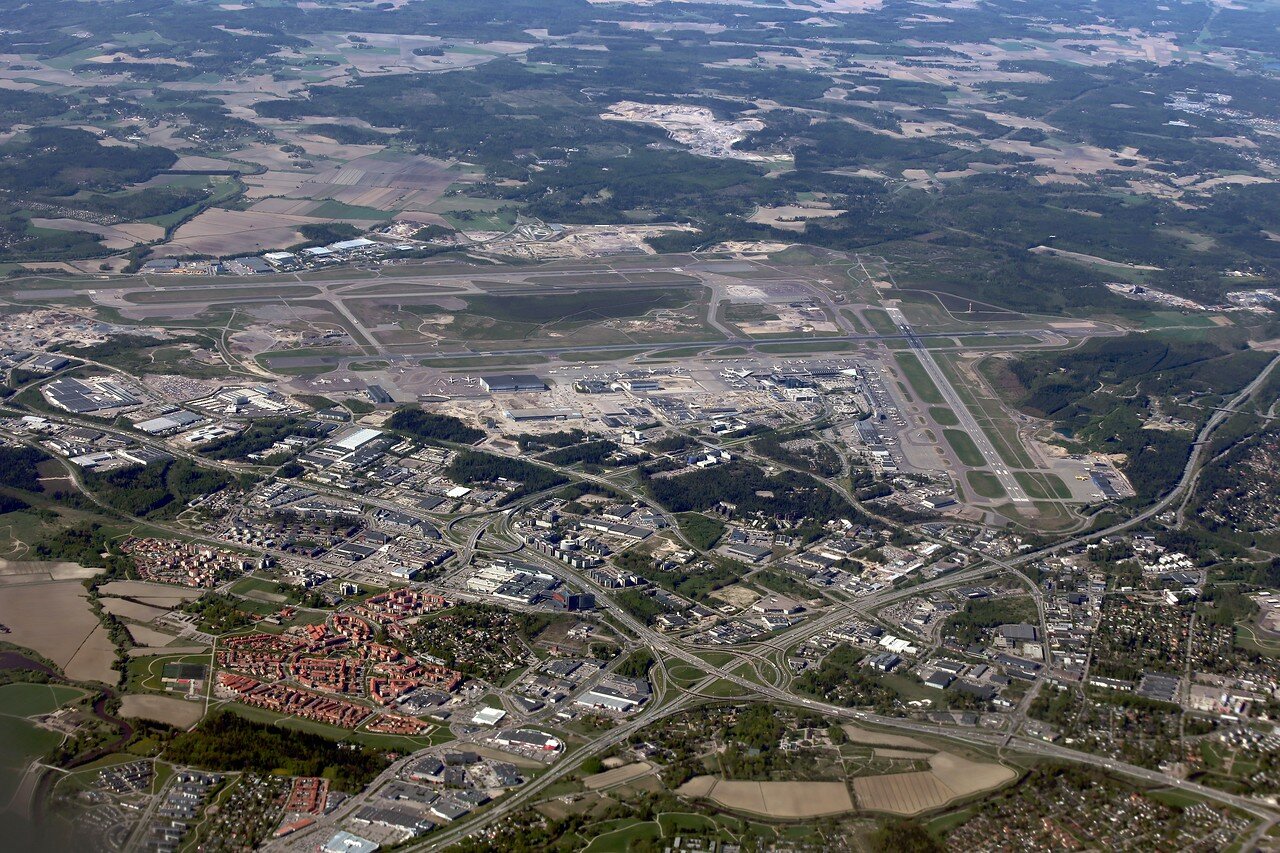 Our plane circles in the waiting area near the airport, gradually descending. 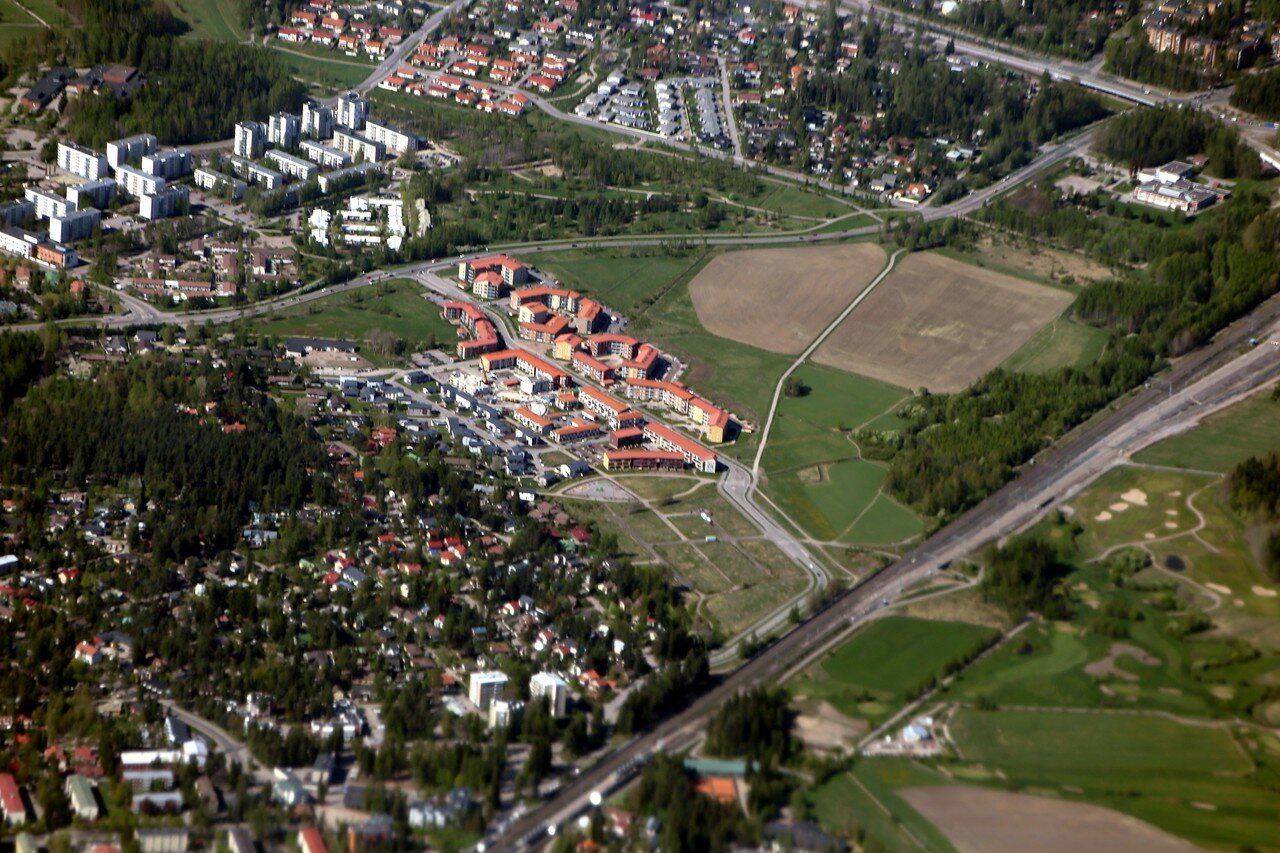 A bright Sunny day provides an excellent opportunity to explore the surroundings of the Finnish capital. 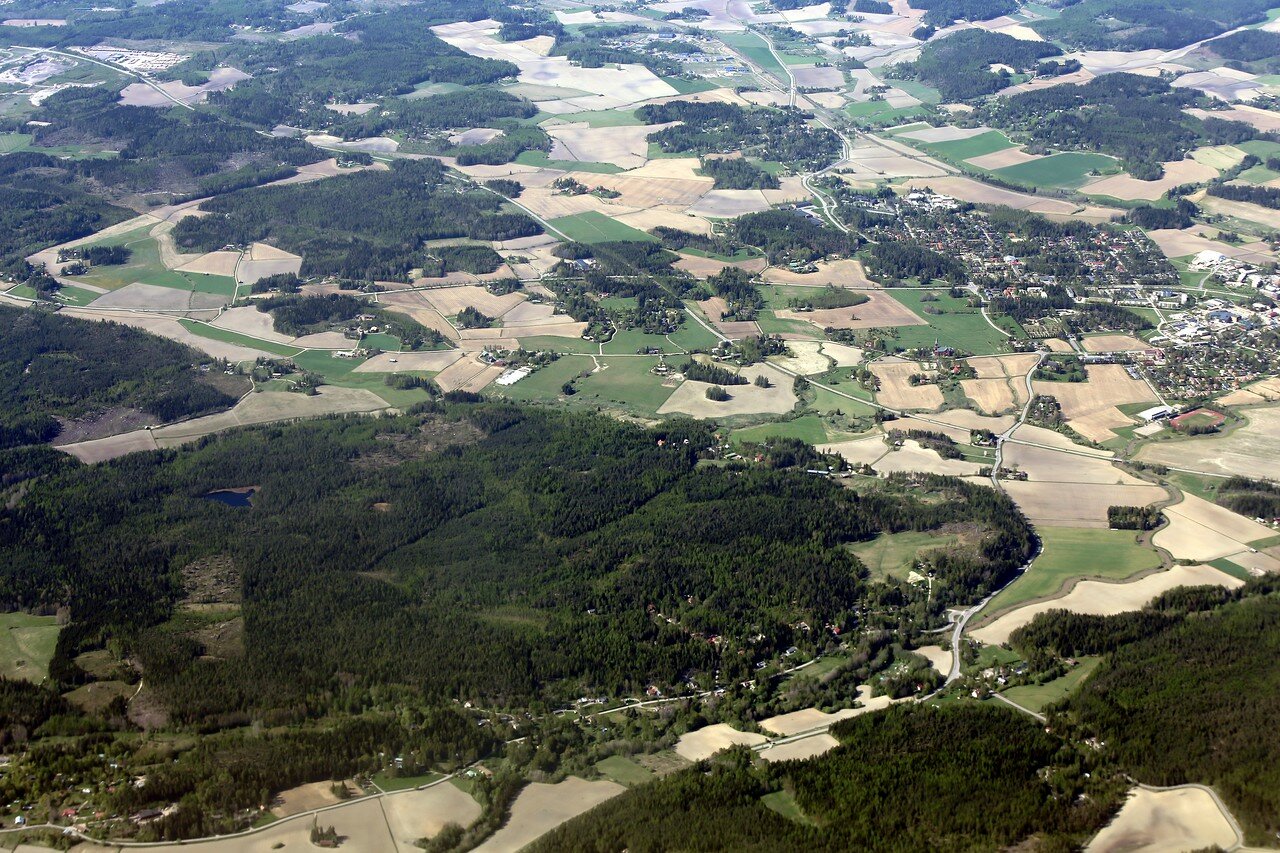 The first thing I noticed was the neat fields cut by perfectly straight roads. 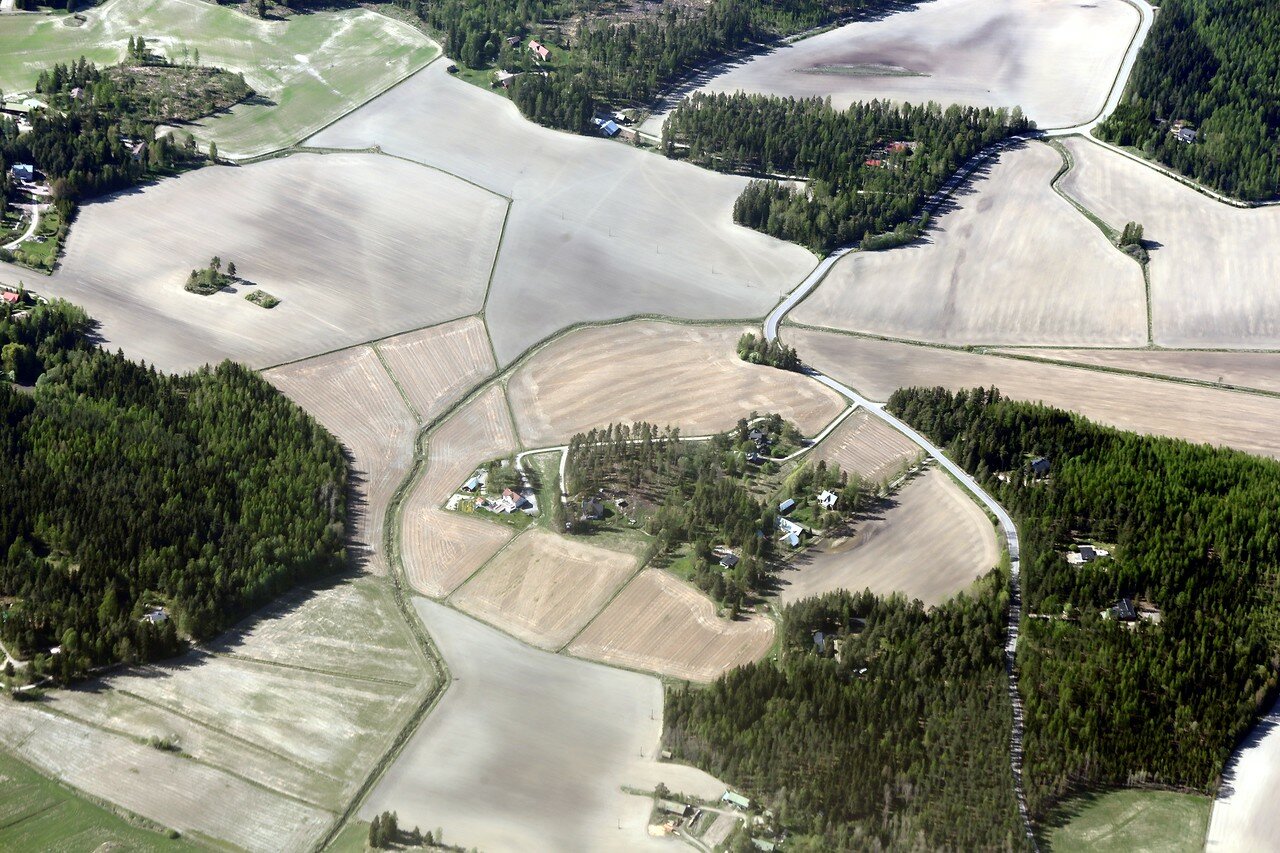 There are a lot of roads in General, and judging by the color, they have excellent hard surface. 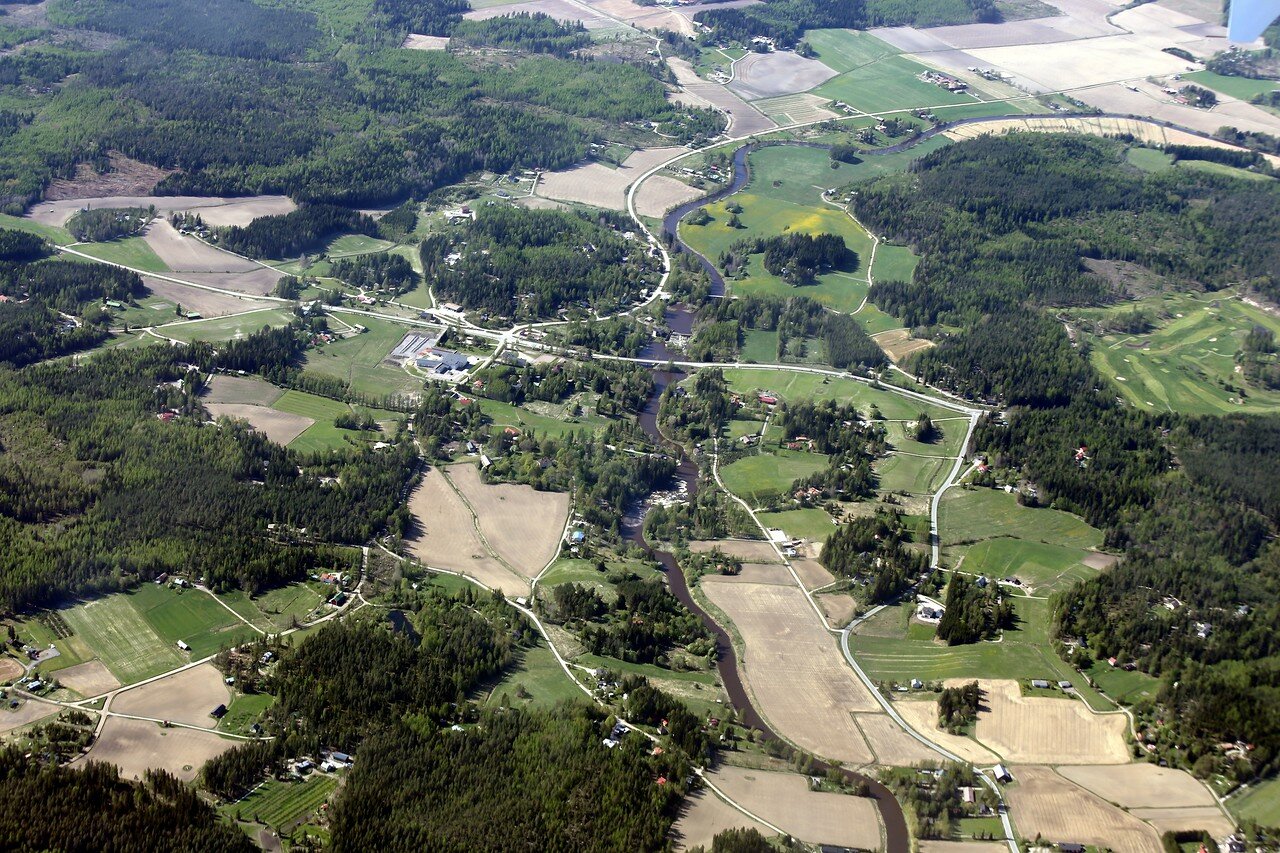 Asphalt is everywhere, even on field roads. 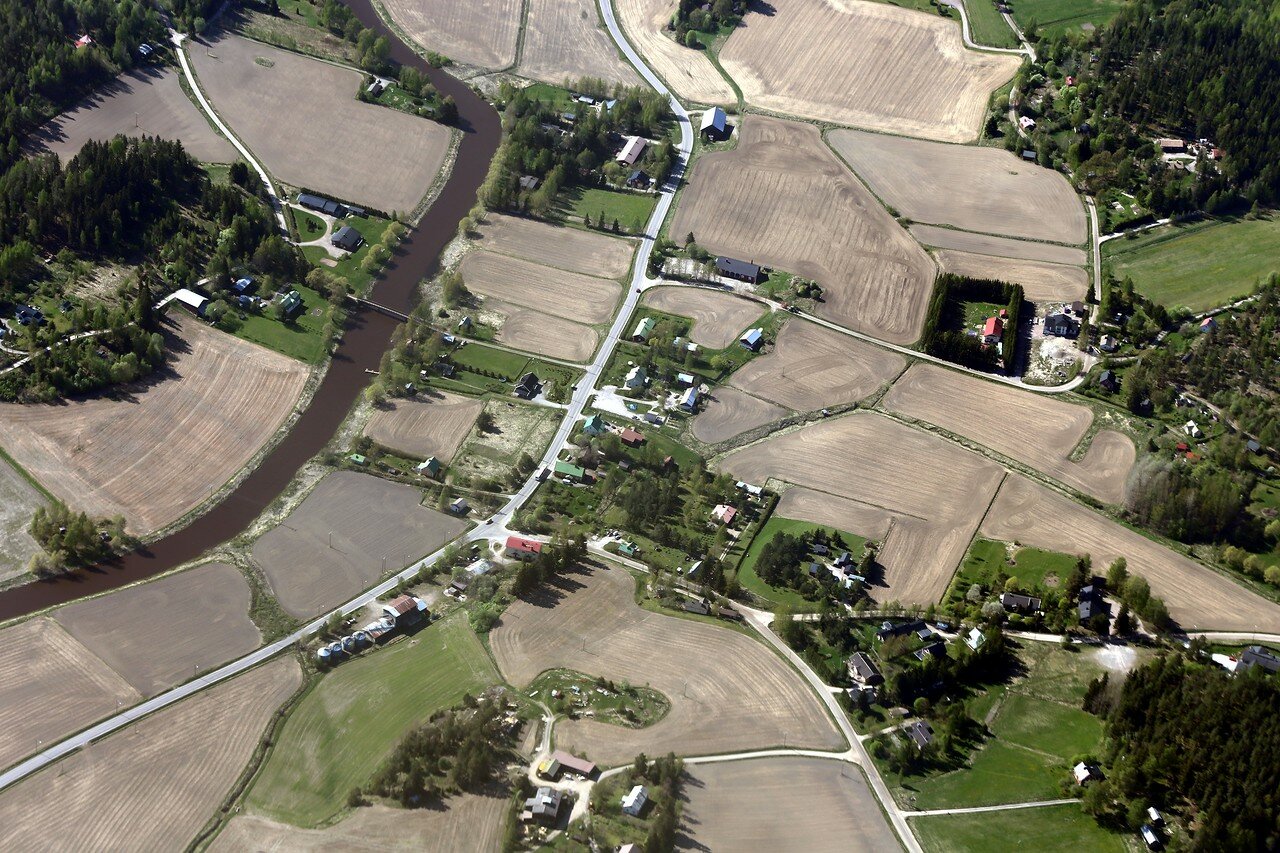 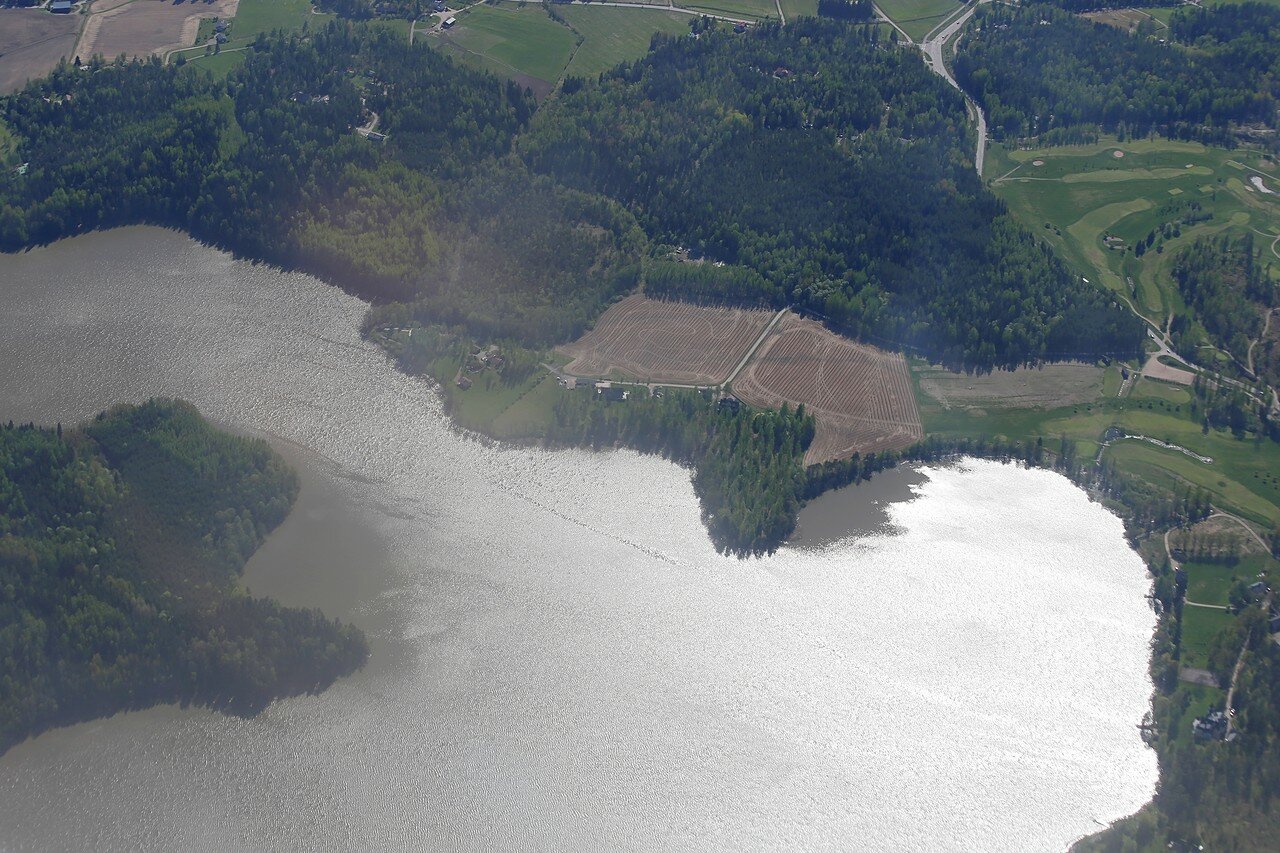 Fields, forests, lakes, etc...asphalt - these are the main symbols of modern Finland. 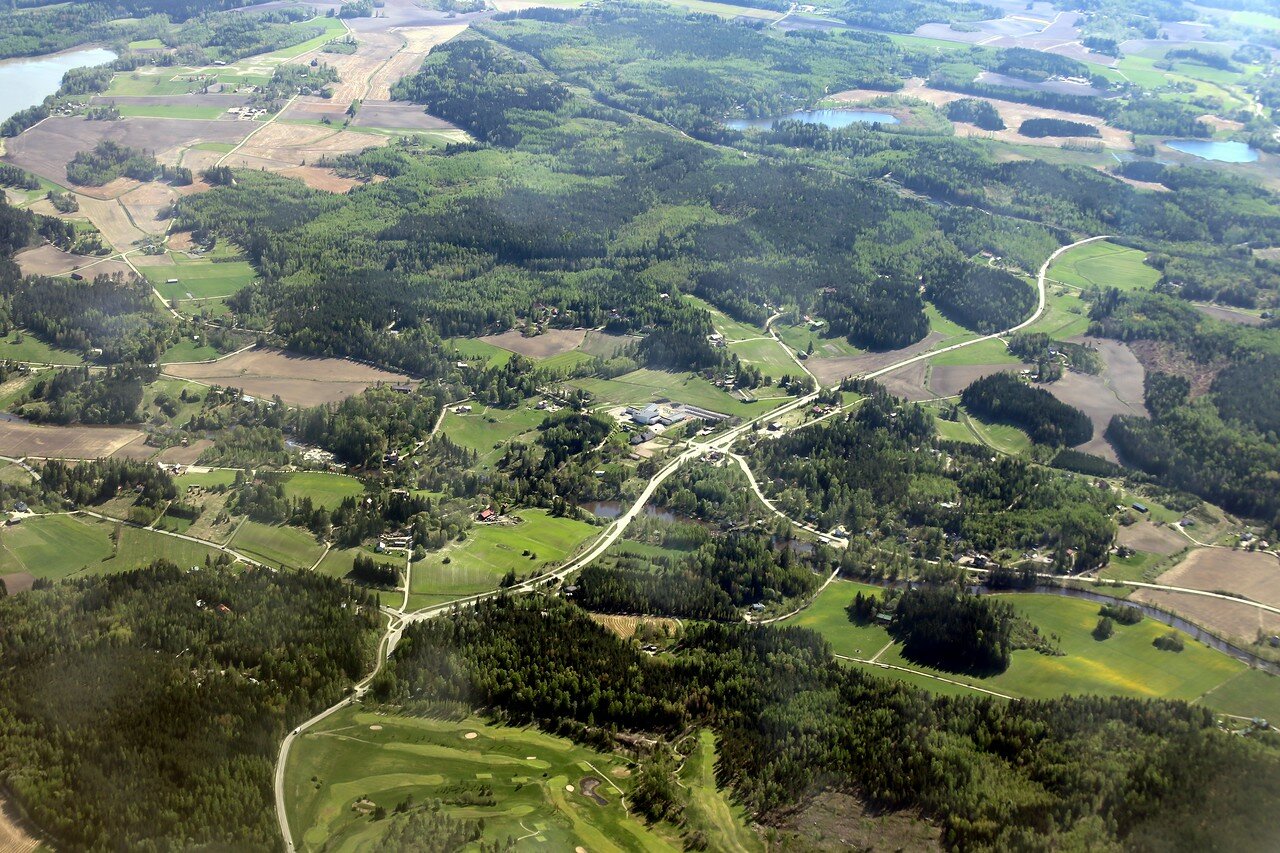 The plane made another u-turn, and the blue surface of the Gulf of Finland with numerous Islands-skerries became visible. 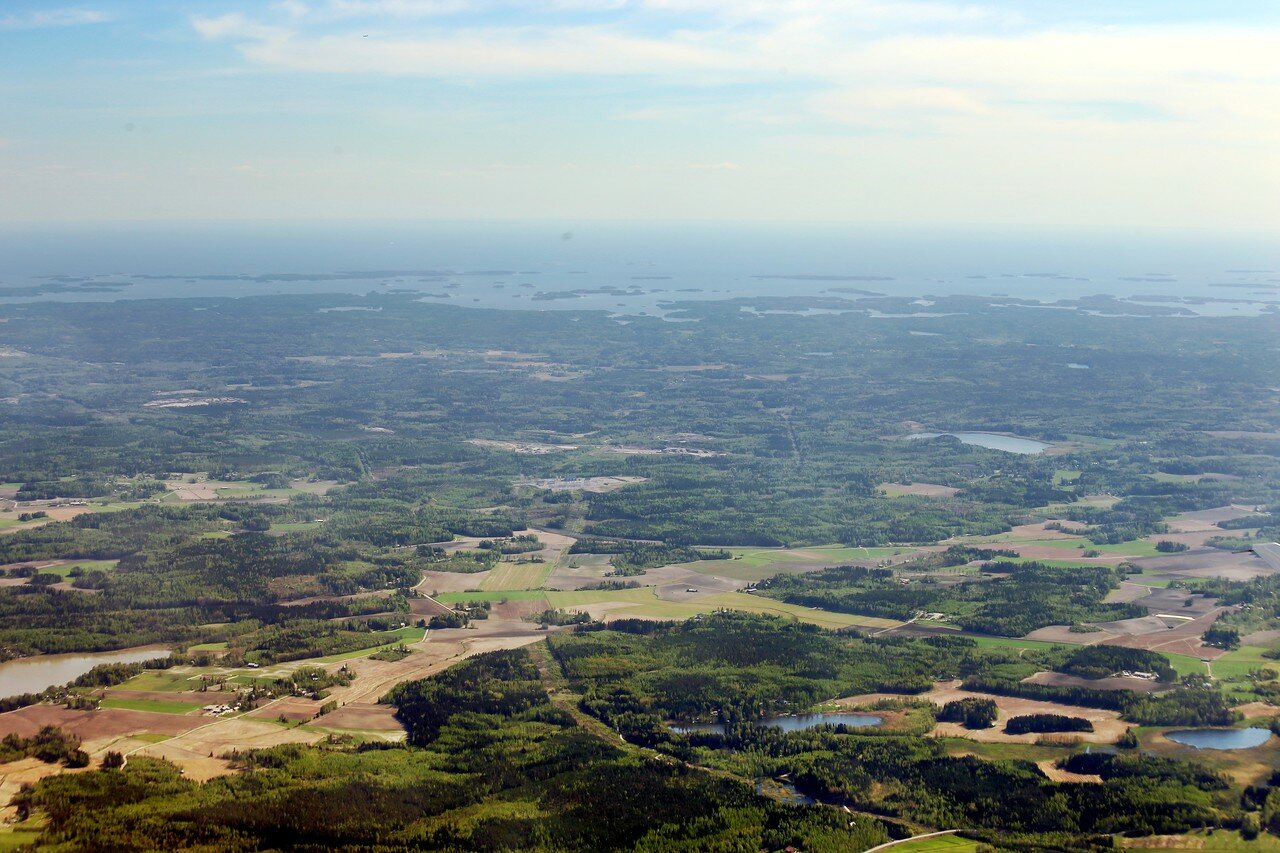 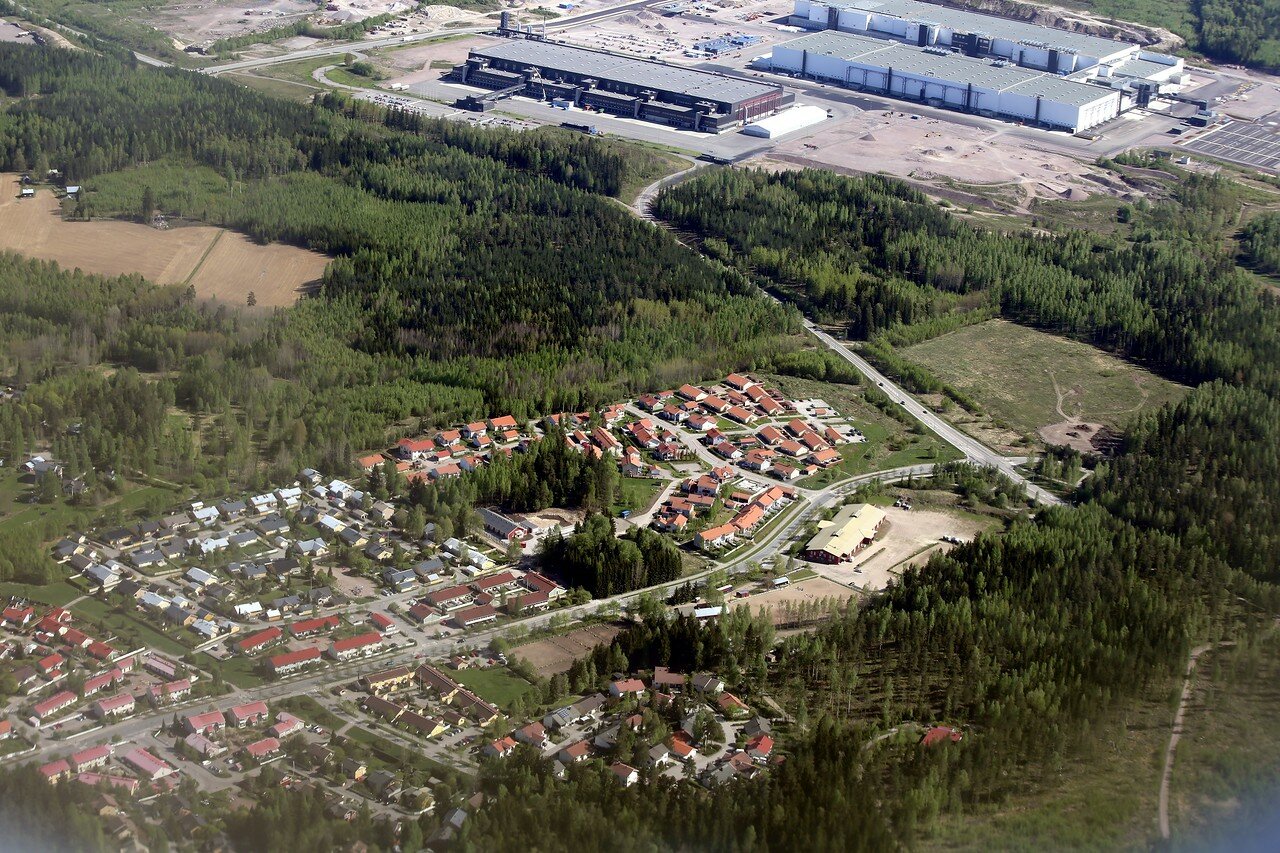 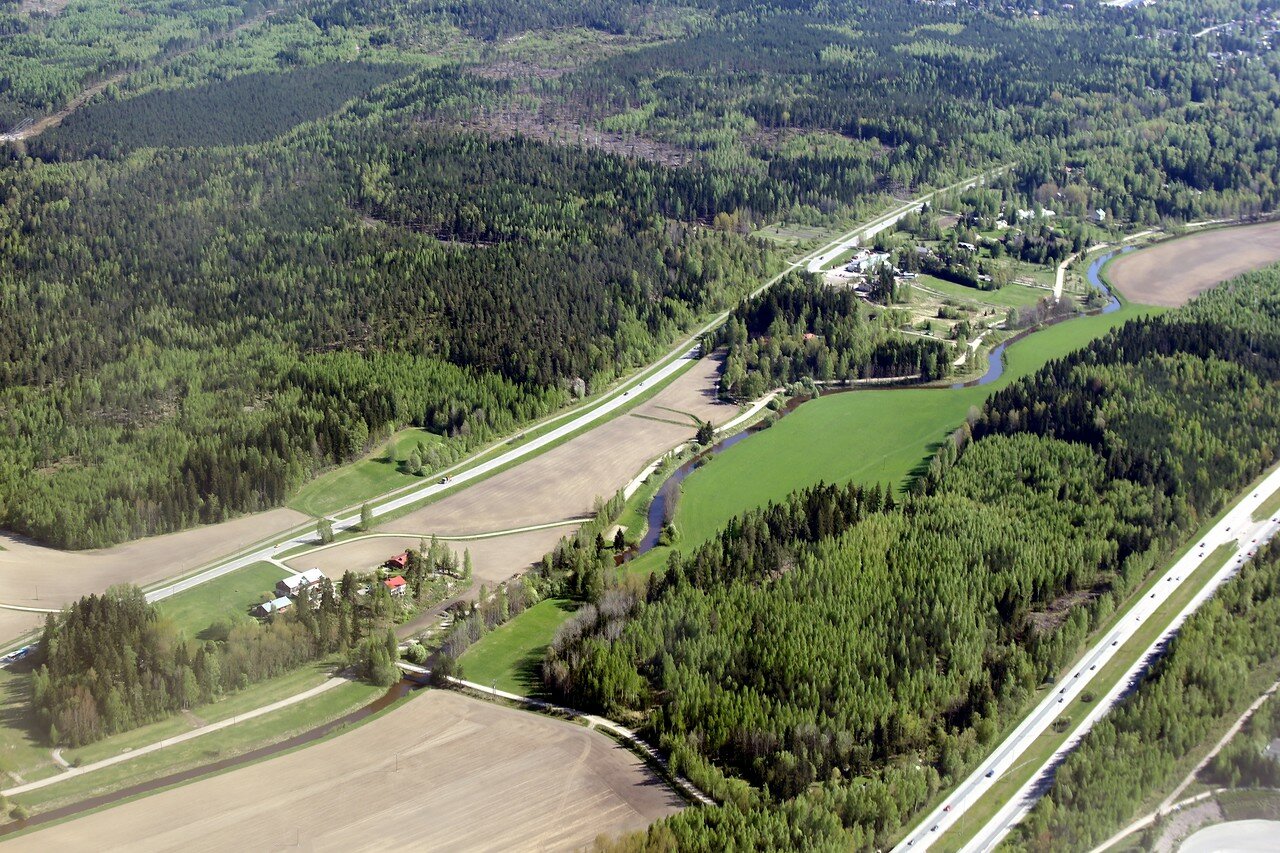 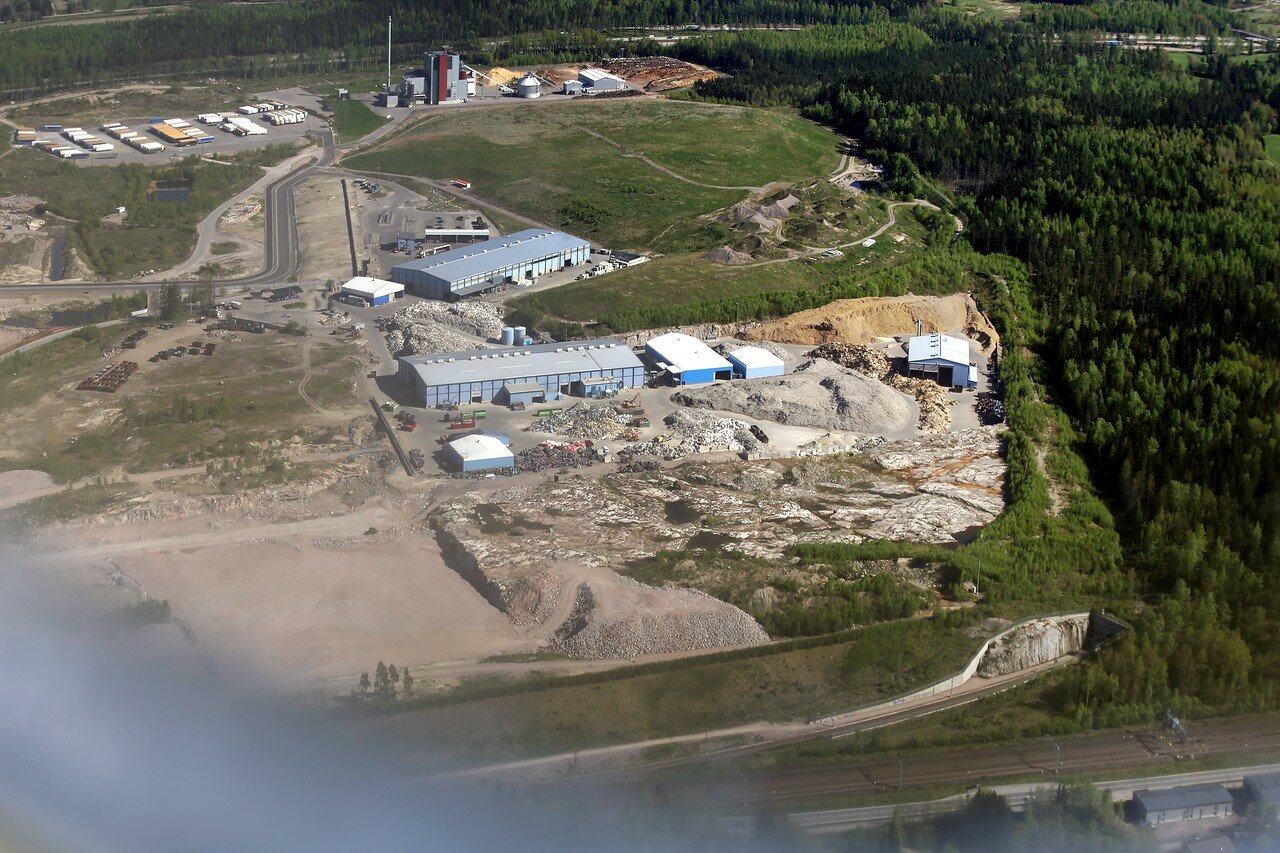 Red roofs of houses, mostly single-storeyed, are scattered among the greenery of trees. Finns prefer to build their homes while preserving the natural environment as much as possible. 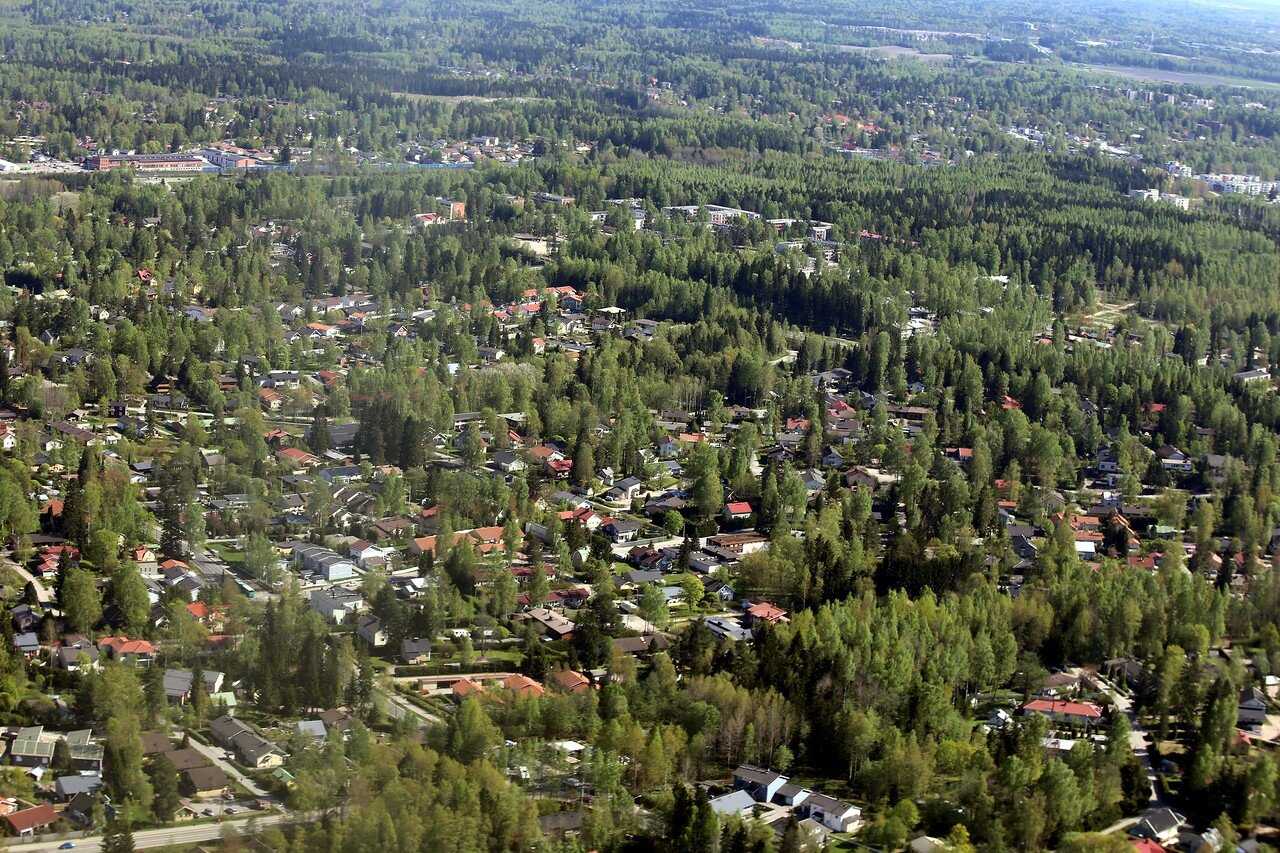 We're about to land." 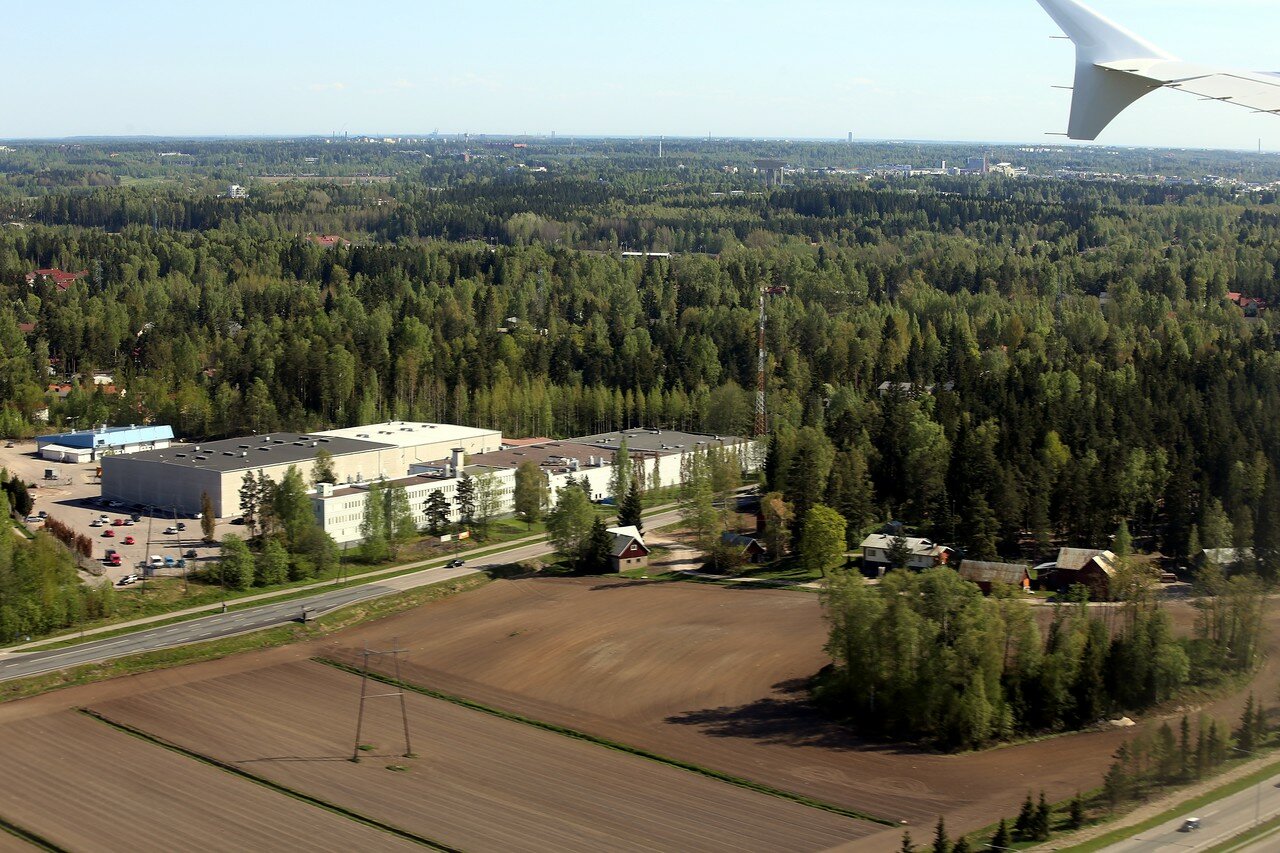 Vantaa airport is the base of the national carrier Finnair. 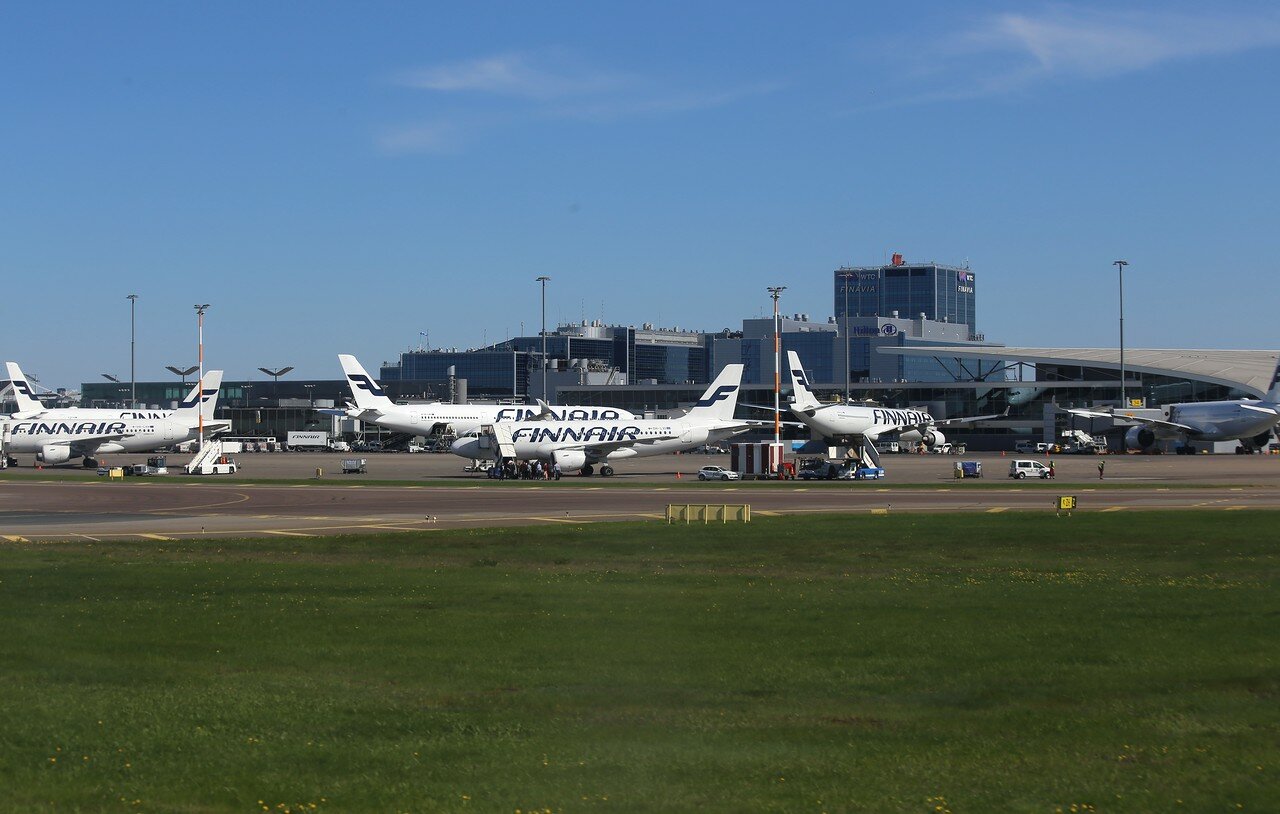 The company is positioned as a budget-friendly company, but it does not have baggage restrictions like low-cost airlines. For residents of the Urals, flying through Helsinki is the most inexpensive way to get to Europe. At the same time, the service is quite good, the only thing is that the standard ticket does not include meals on Board. But you can order lunch when you buy a ticket or during registration, the cost is 10-15 euros. Or make do with their own supplies. Water is distributed free of charge throughout the entire flight. 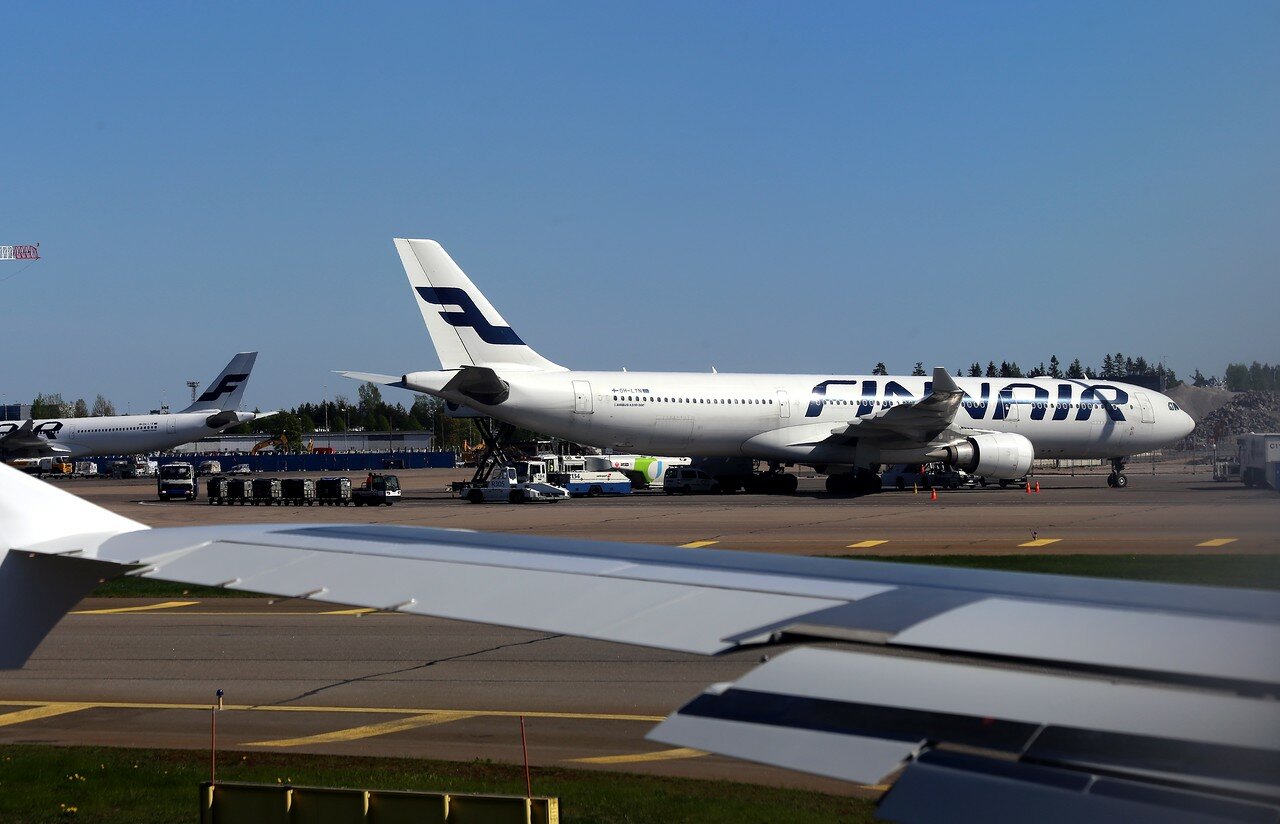 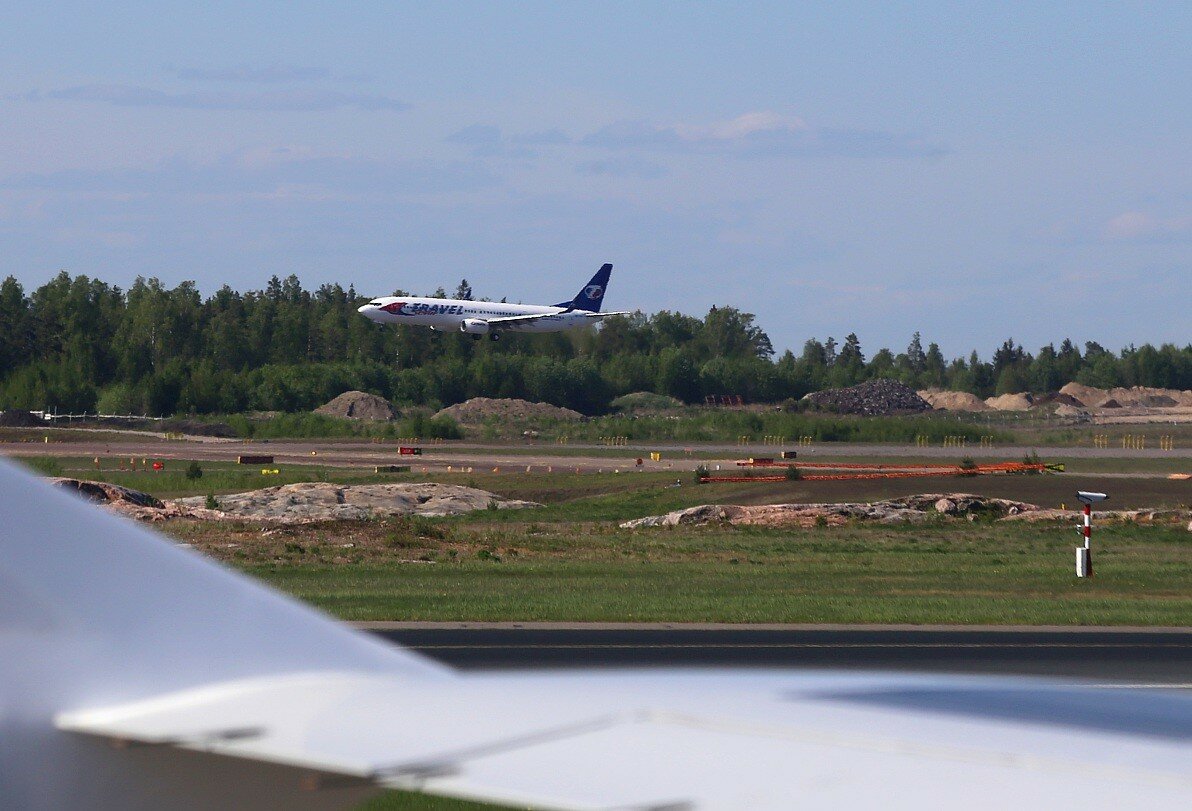 In front of the terminal building are rows of bus stops, where it is easy to get lost. This diagram shows two main ways to get to the city - by train and 615 bus. I chose the second option. The bus goes to the Central station in about 50 minutes, the ticket costs 5.5 euros. If you want to hurry up, you can use the services of air Express, it will take you to the city in 25 minutes and 7 euros. There was no hurry for me, there was still more than 10 hours left before the flight to Yekaterinburg. 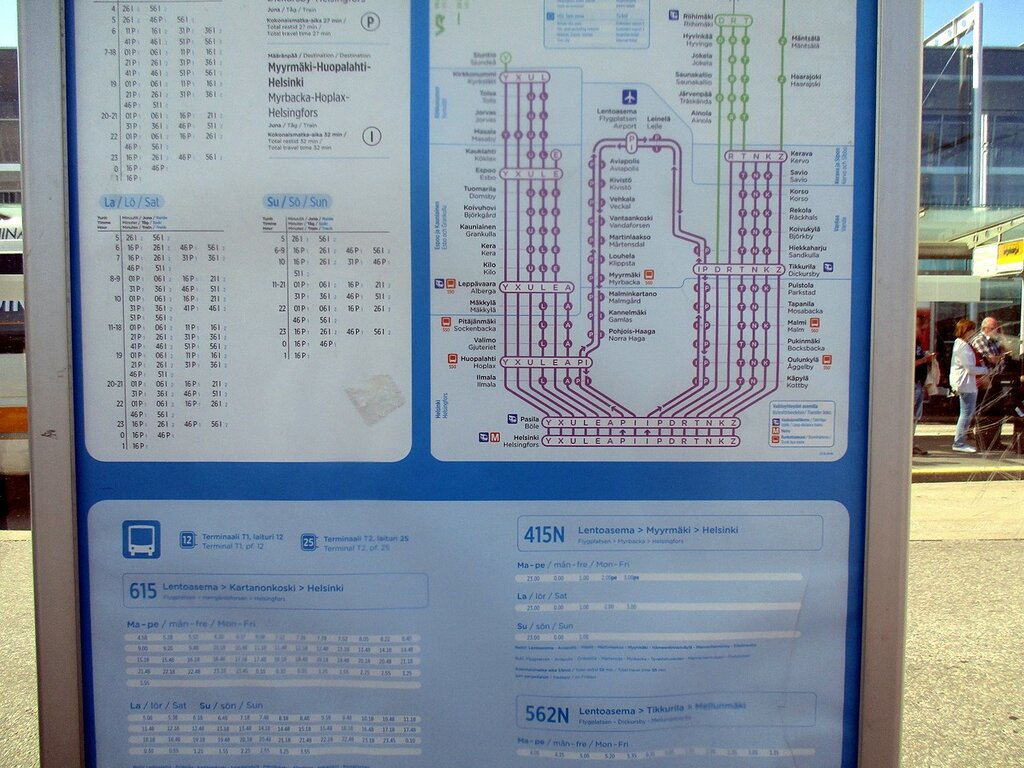