Over Denmark and Sweden

About an hour after taking off at Madrid airport, our plane crossed the border between the Netherlands and Germany, and is now flying somewhere over Hamburg. 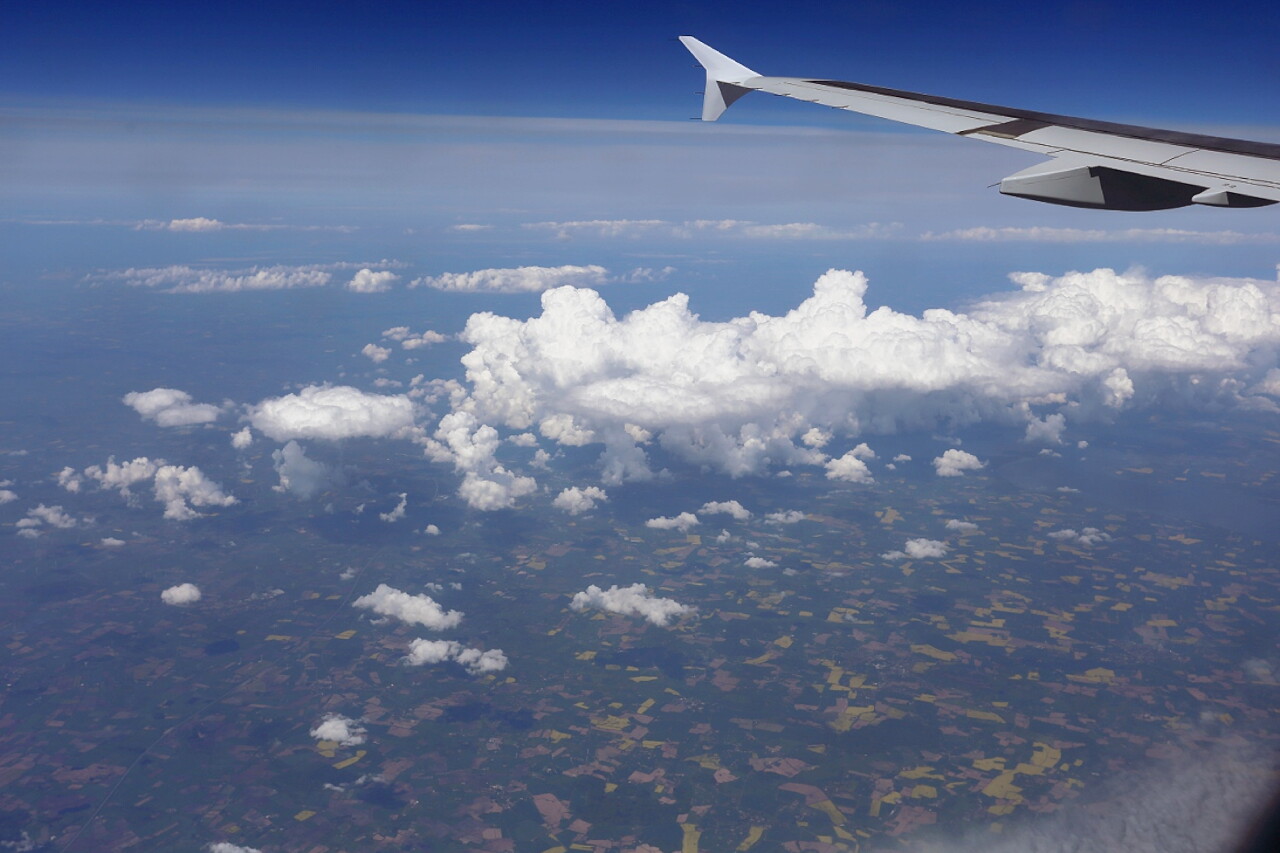 The Nordfriesisches Wattenmeer lowland is clearly visible on the right. These are water-filled coastal shallows and marches (Marschland) - areas that are flooded only at very high tides or a surge wave during strong storms. In this area, a huge number of migratory birds arrange "halts", migrating in spring and autumn along the East Atlantic migration Route. In 1974, the Government declared this area a nature reserve. 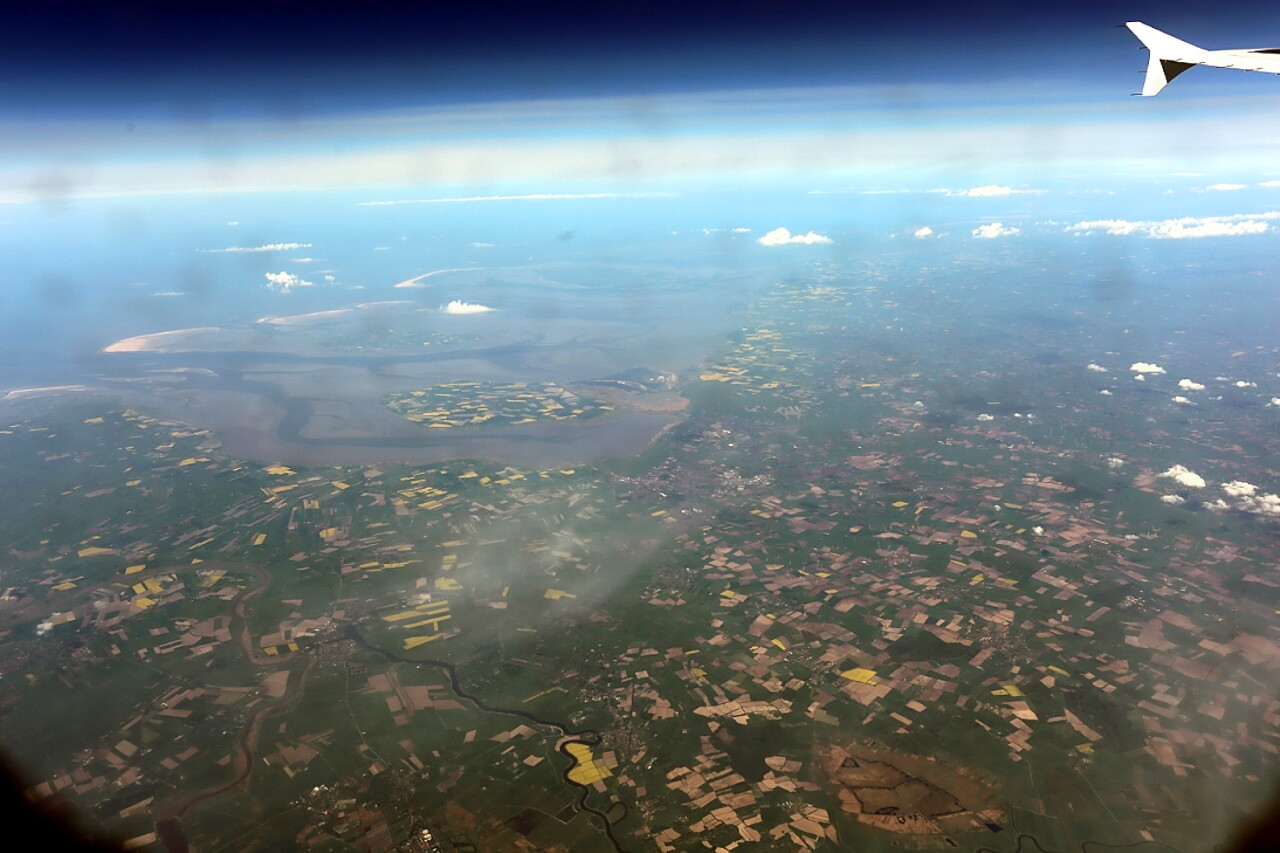 Flying over the southern part of Jutland, we can see the Bay of Kiel below. 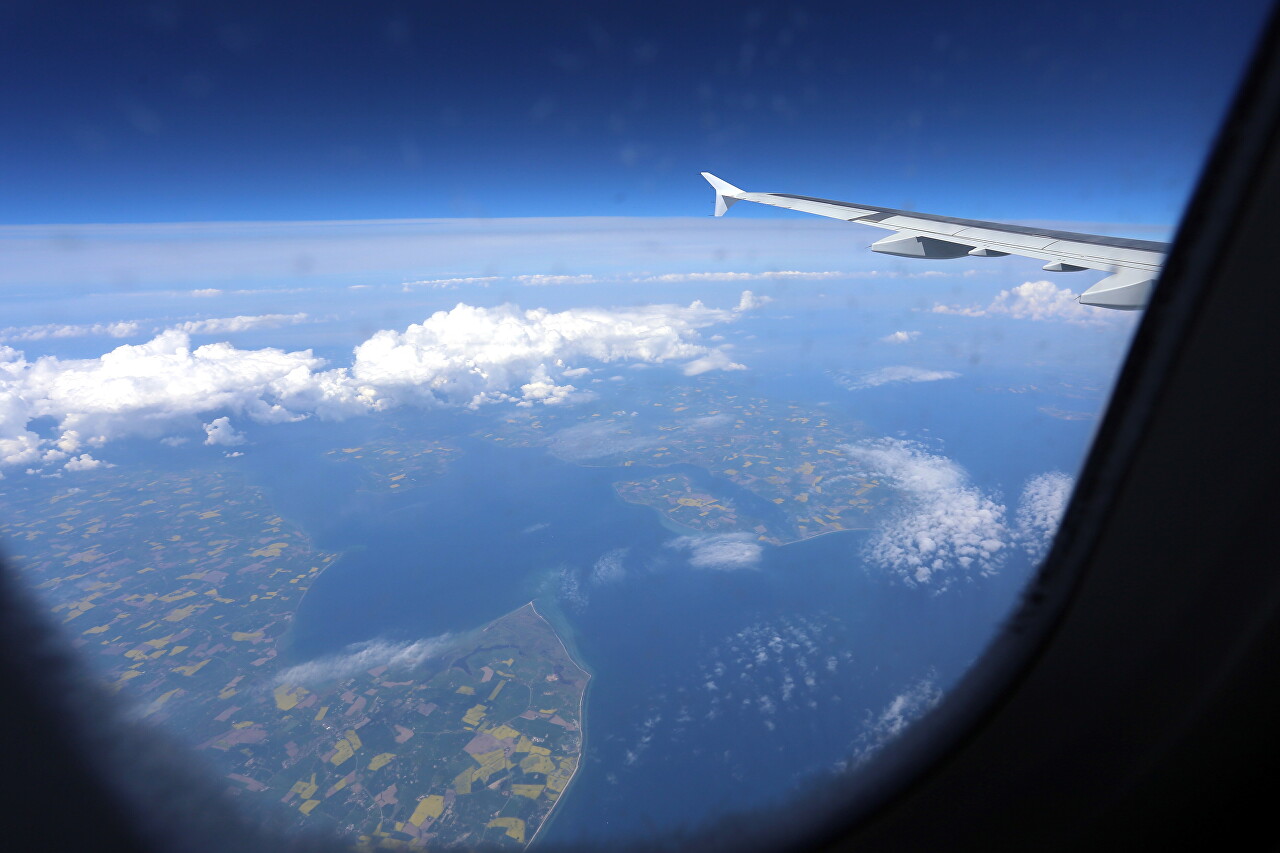 Then begin the land of Southern Denmark, the island of Ærø. 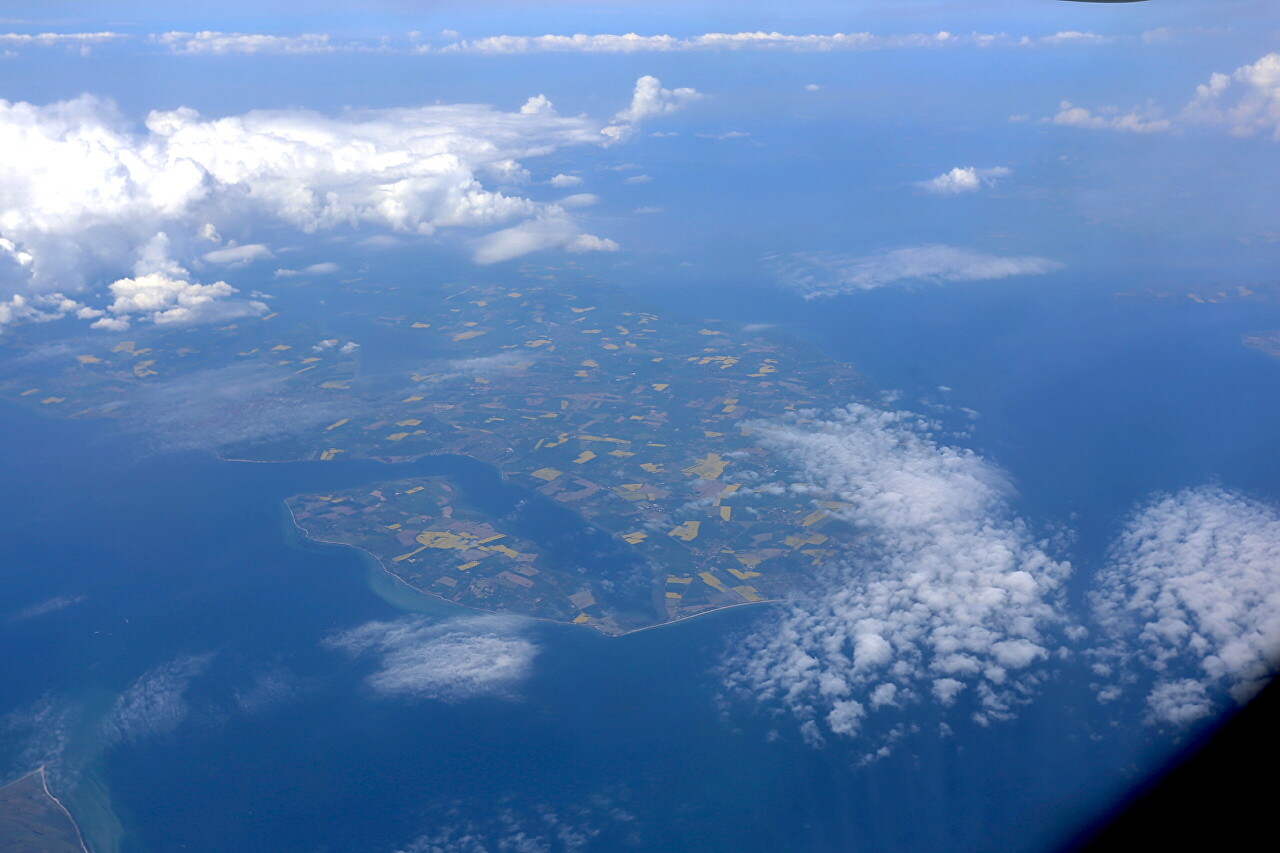 The Great Belt, which separates the Danish islands of Funen and Zeeland. 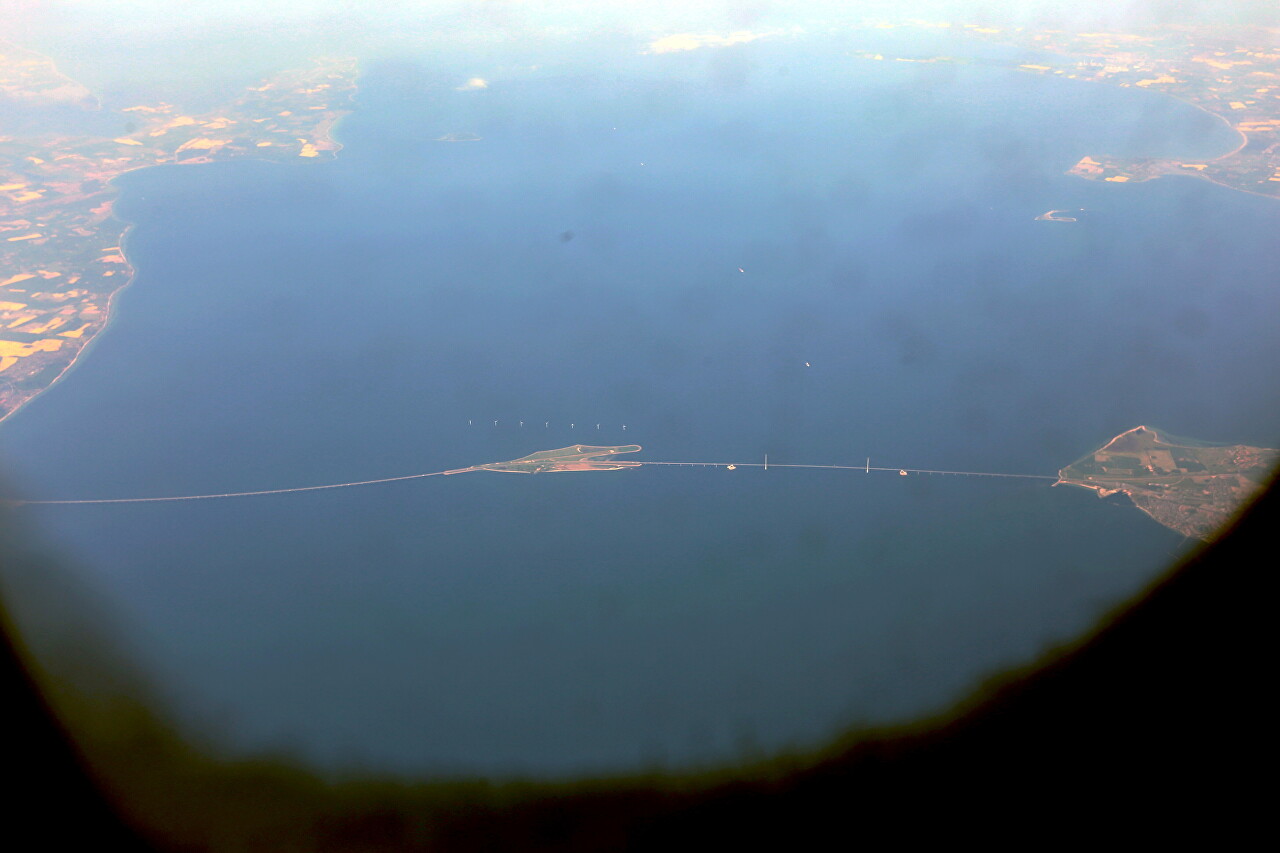 The town of Nyborg (Nyborg), here begins the eastern flyover of one of the most important bridges in Denmark. 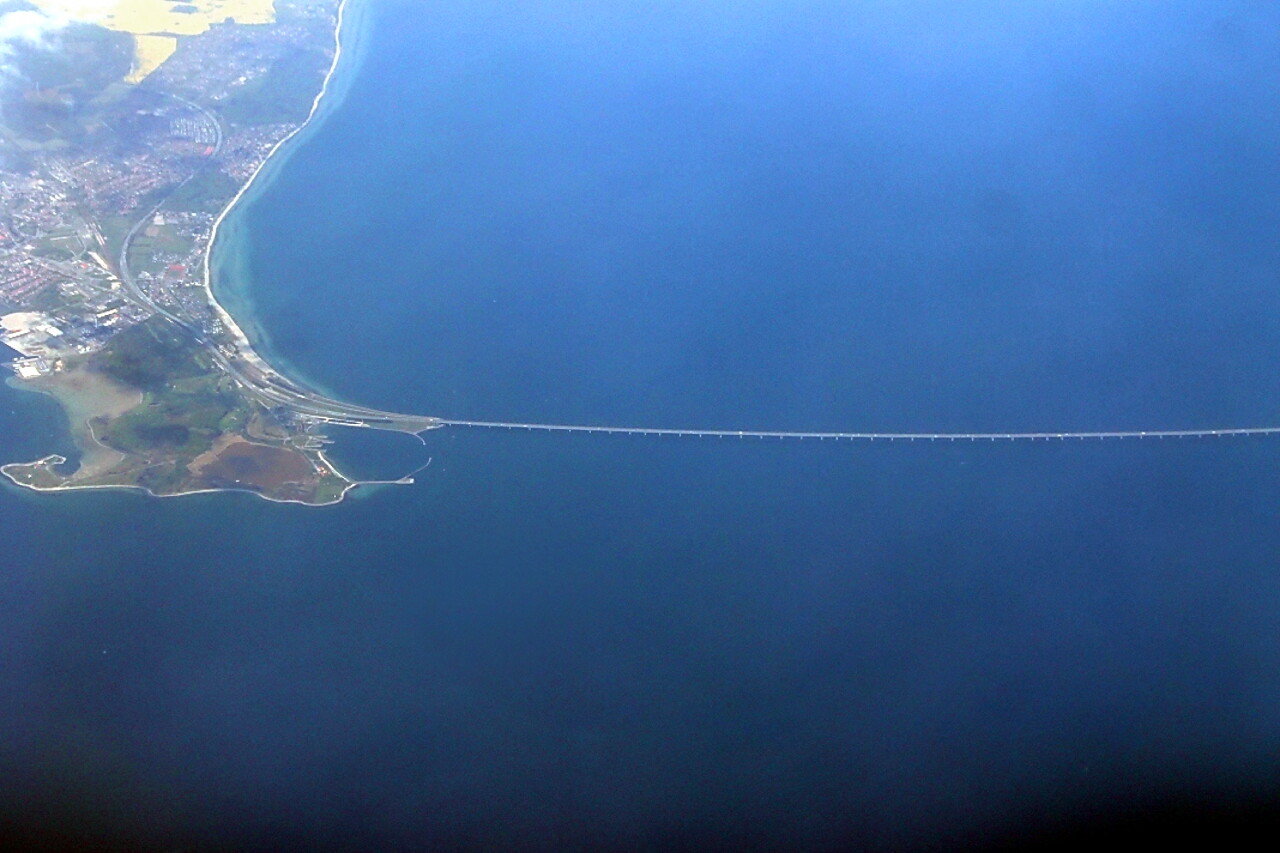 The Big Belt Bridge (Storebæltsforbindelsen) was opened in 1998 and was under construction for 10 years. It is the third longest suspension bridge in the world. The main span is 1,624 meters long and the total length is 6,790 meters. 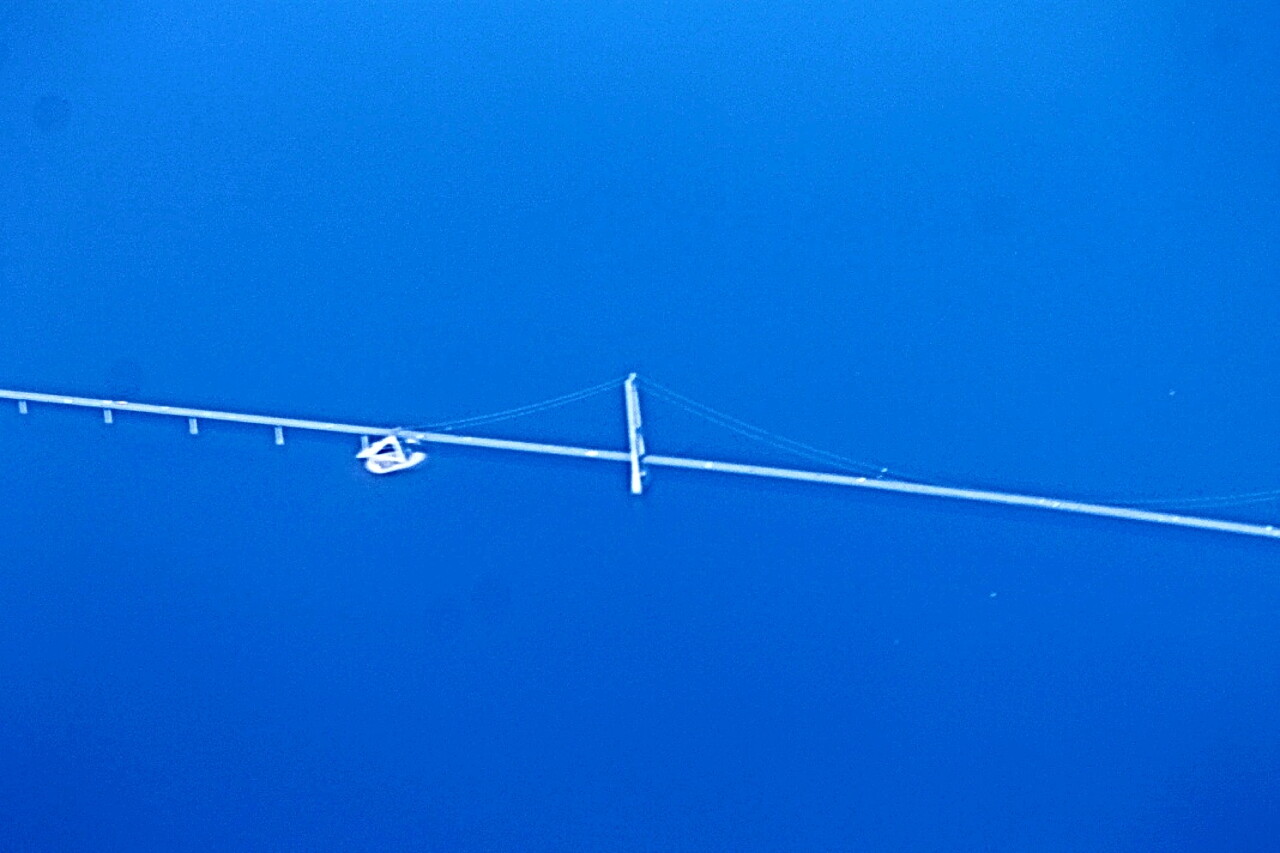 The pylons on which the main span is suspended rise 280 meters above the water. The bridge replaced the ferry crossing, which had a capacity of 8 thousand cars per day, now the strait is crossed by more than 27 thousand cars daily. 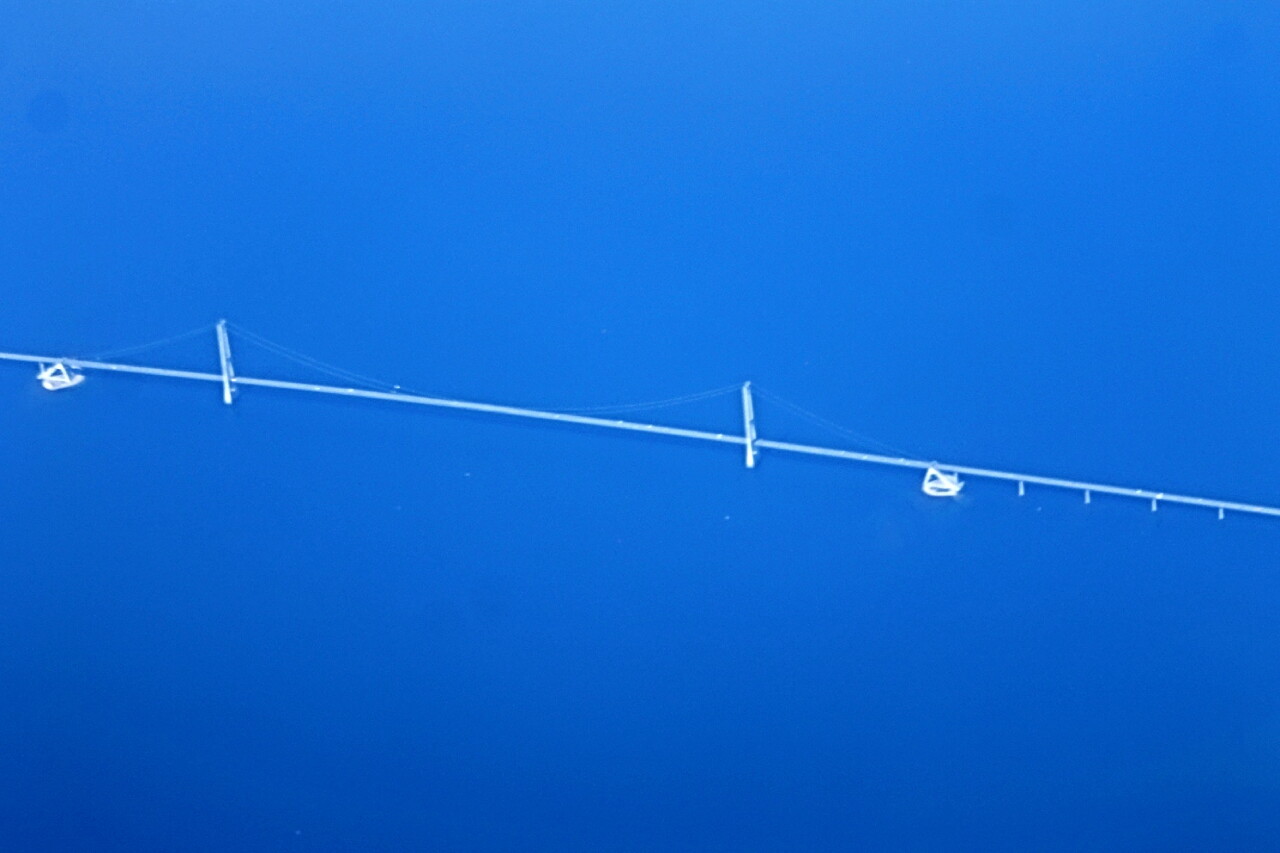 Storebælt Island is located in the middle of the strait. Here, the railway line running along the western overpass dives underground, or rather, under water - into a tunnel about 8 kilometers long. 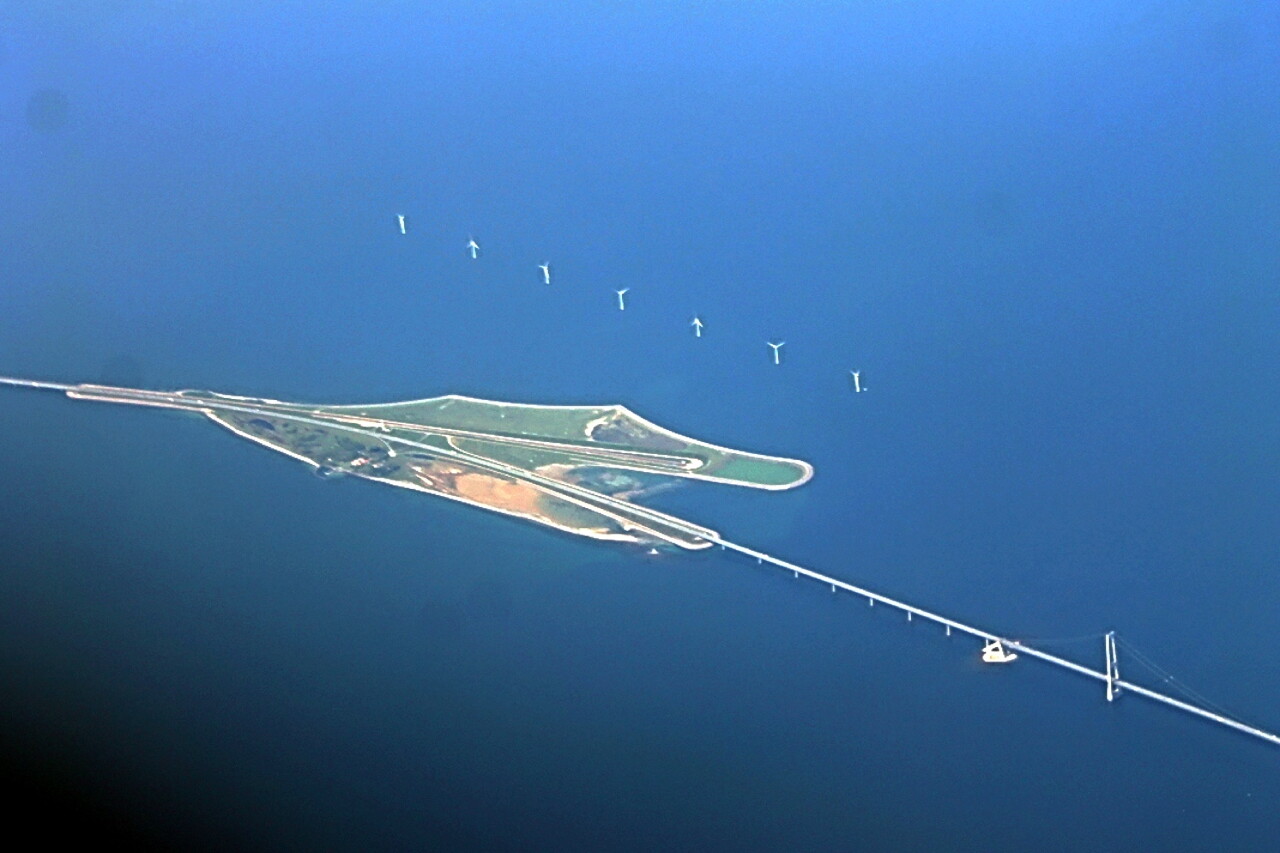 The western part of the island of Zealand with the Bay of Jammerland (Jammerland Bugt) and Lake Tissø (Tissø). If we were in the cockpit, we would see Copenhagen, the capital of Denmark, directly ahead. 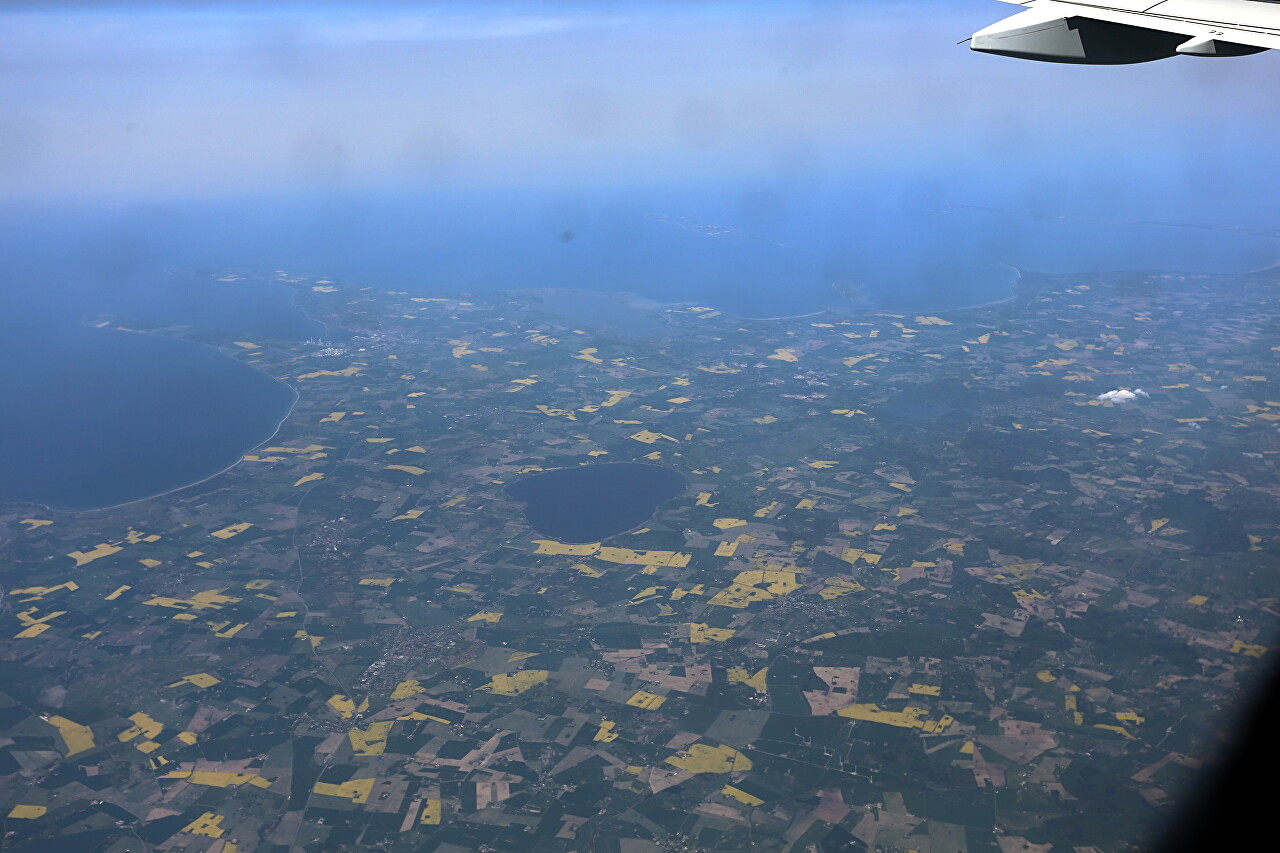 The Eresun Strait separates the Scandinavian Peninsula from the Jutland peninsula, as well as the North Sea from the Baltic Sea. 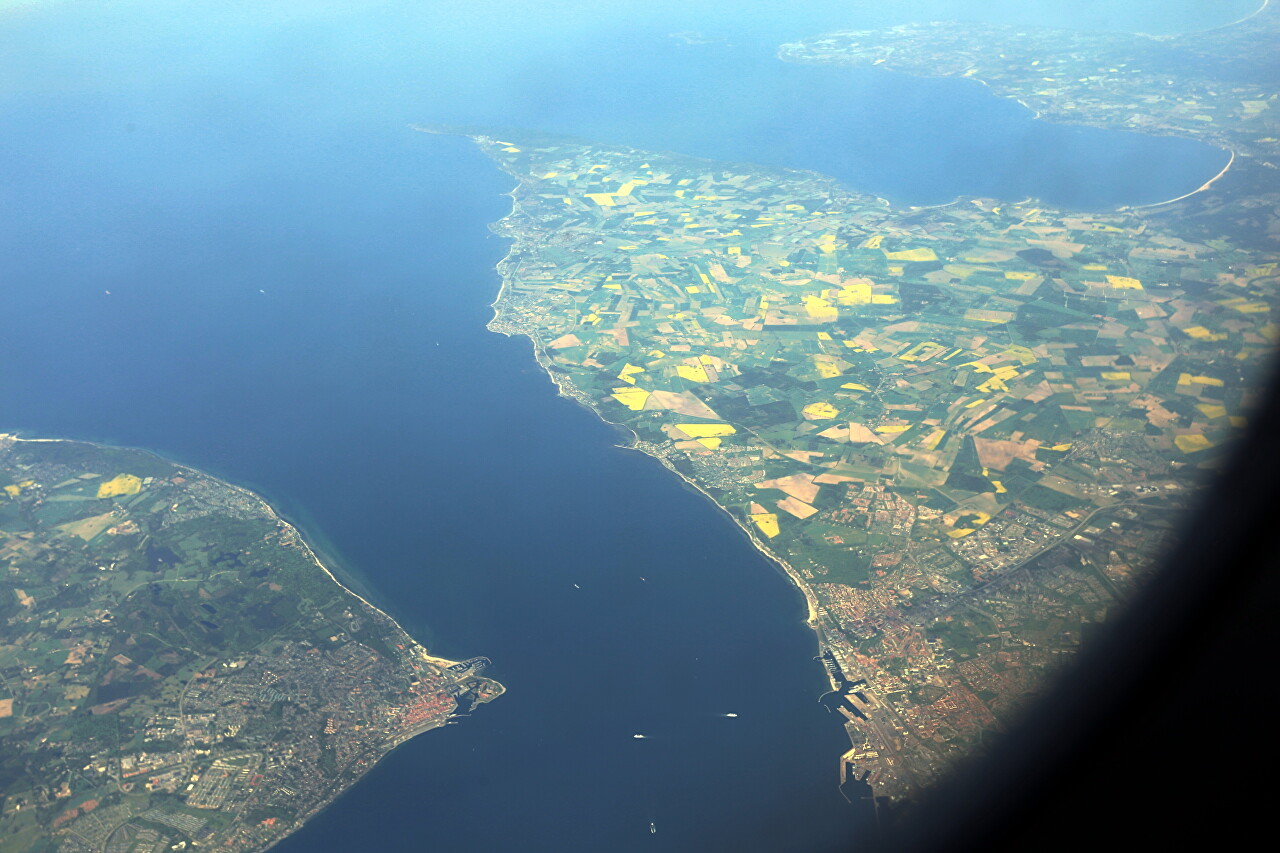 Helsinger, or Elsinore, well known for the immortal work of Shakespeare. On the cape, you can clearly see the "Hamlet's Castle" - Kronborg. To the left of the castle, you can see the terminal of the ferry crossing connecting Danish Helsinger with Swedish Helsingborg. 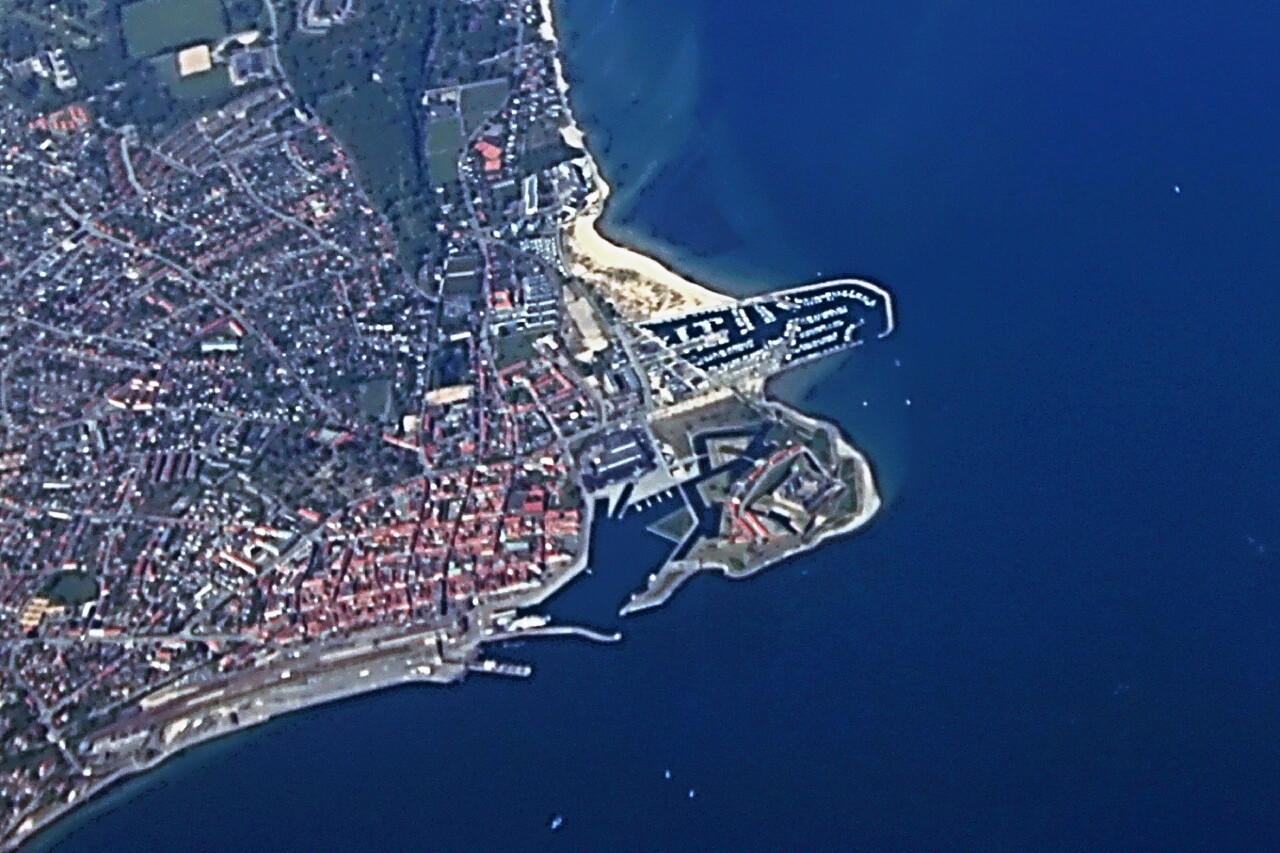 Sweden. Skalderviken Bay and the town of Engelholm, famous for its beach. 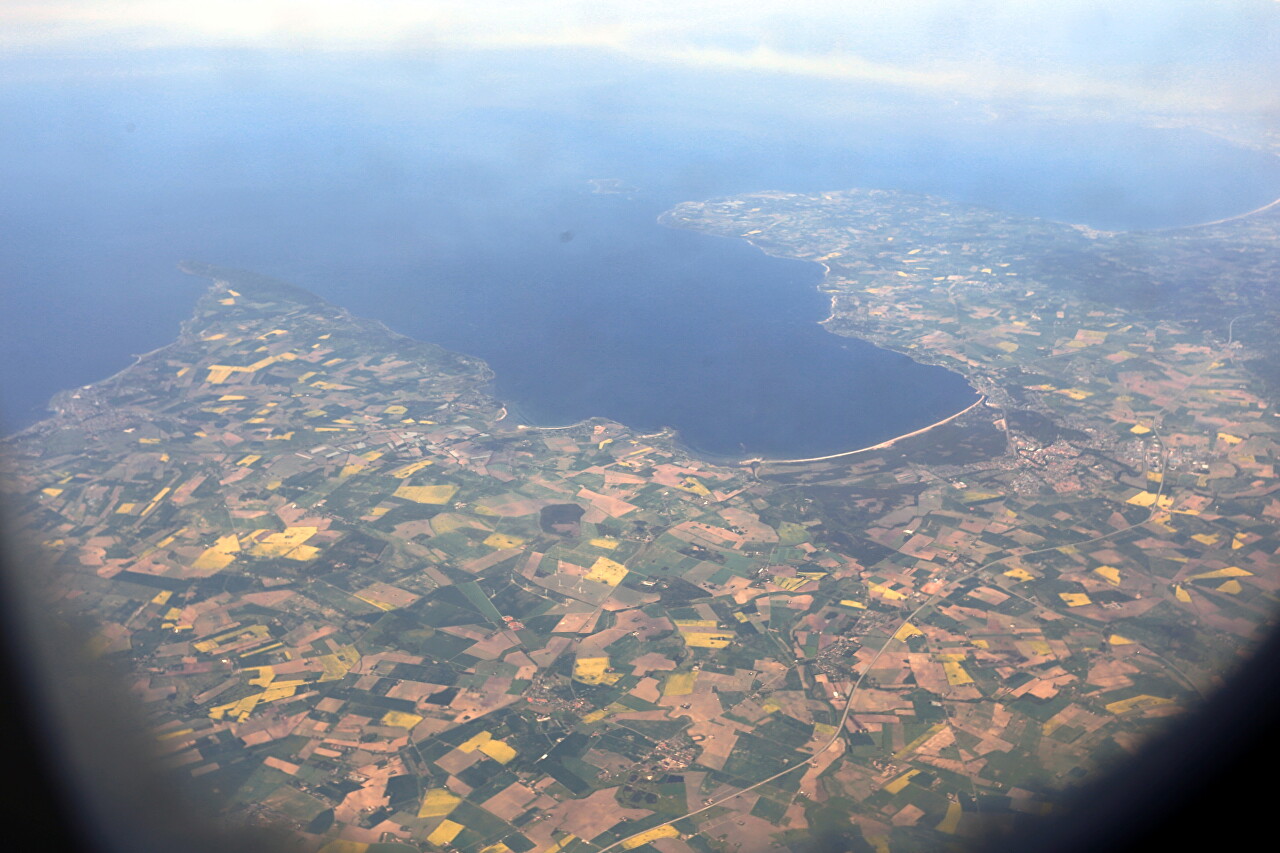 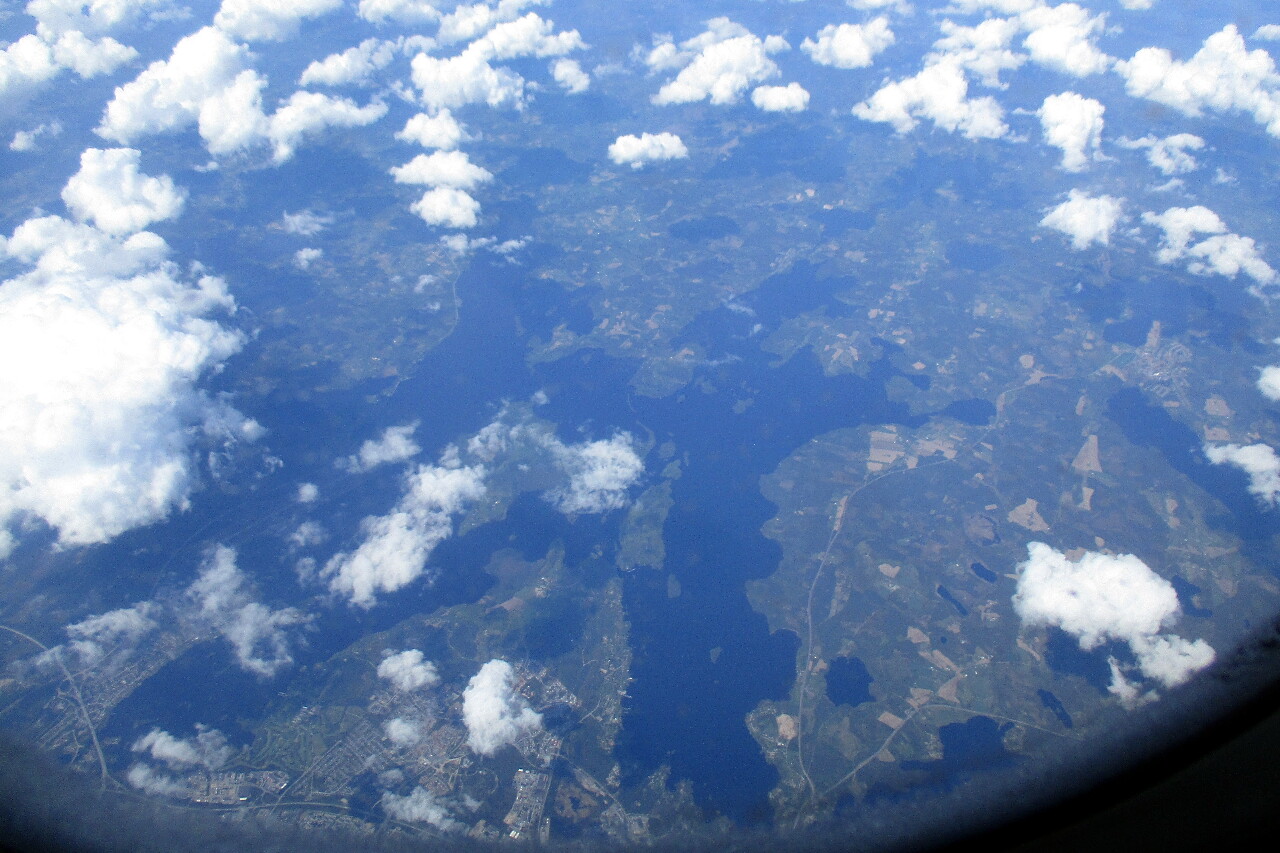 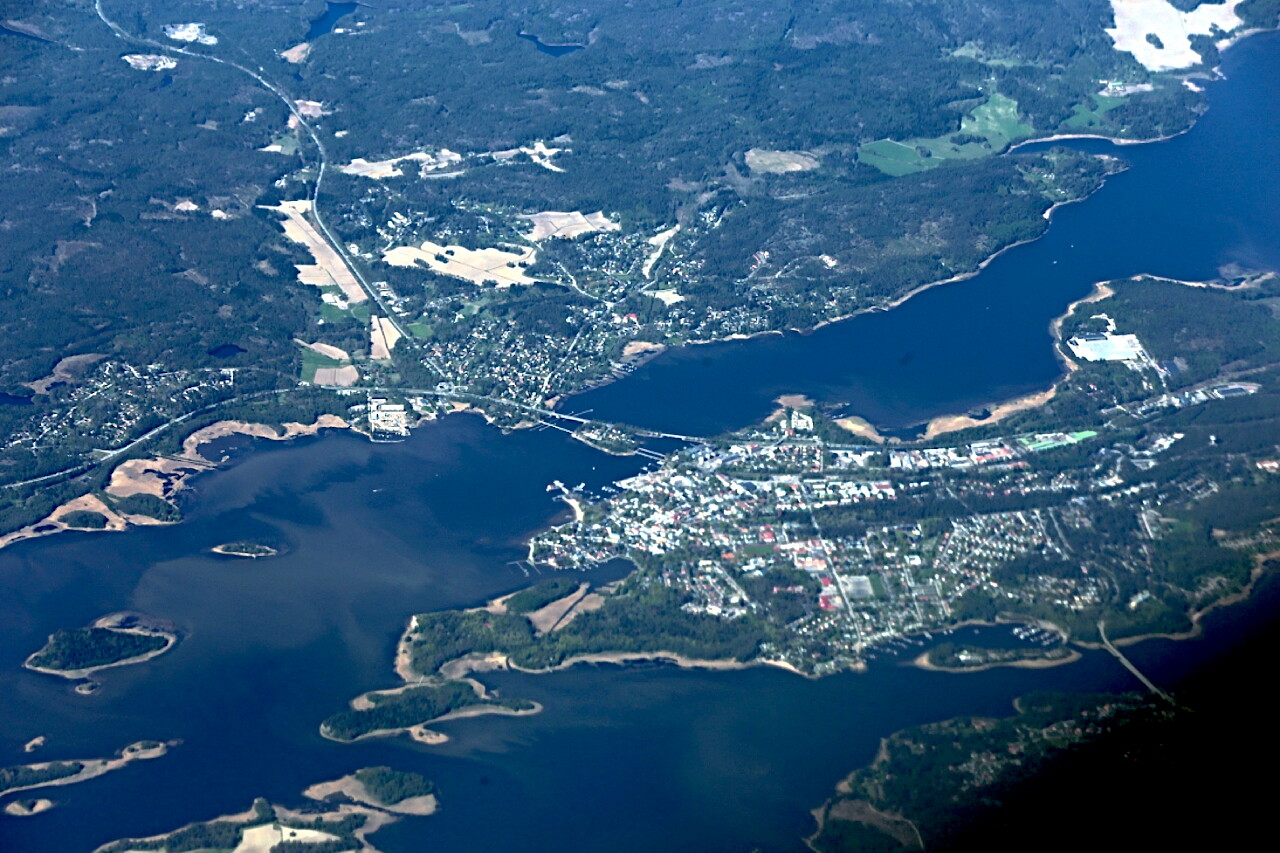 Drizzle appeared on the window pane over Central Sweden. Apparently, the warm breath of the Atlantic no longer reaches here. 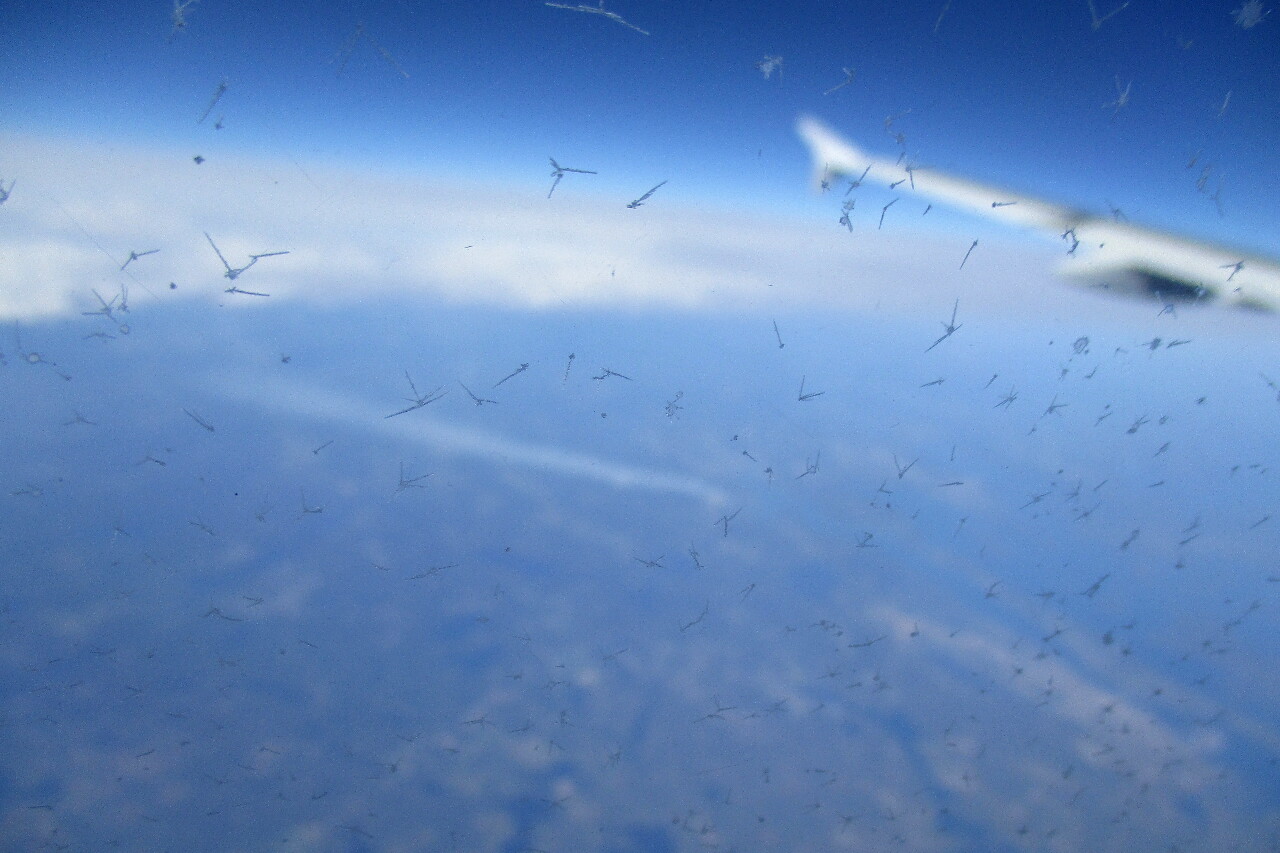 Our plane is flying over the Västervik skerries. 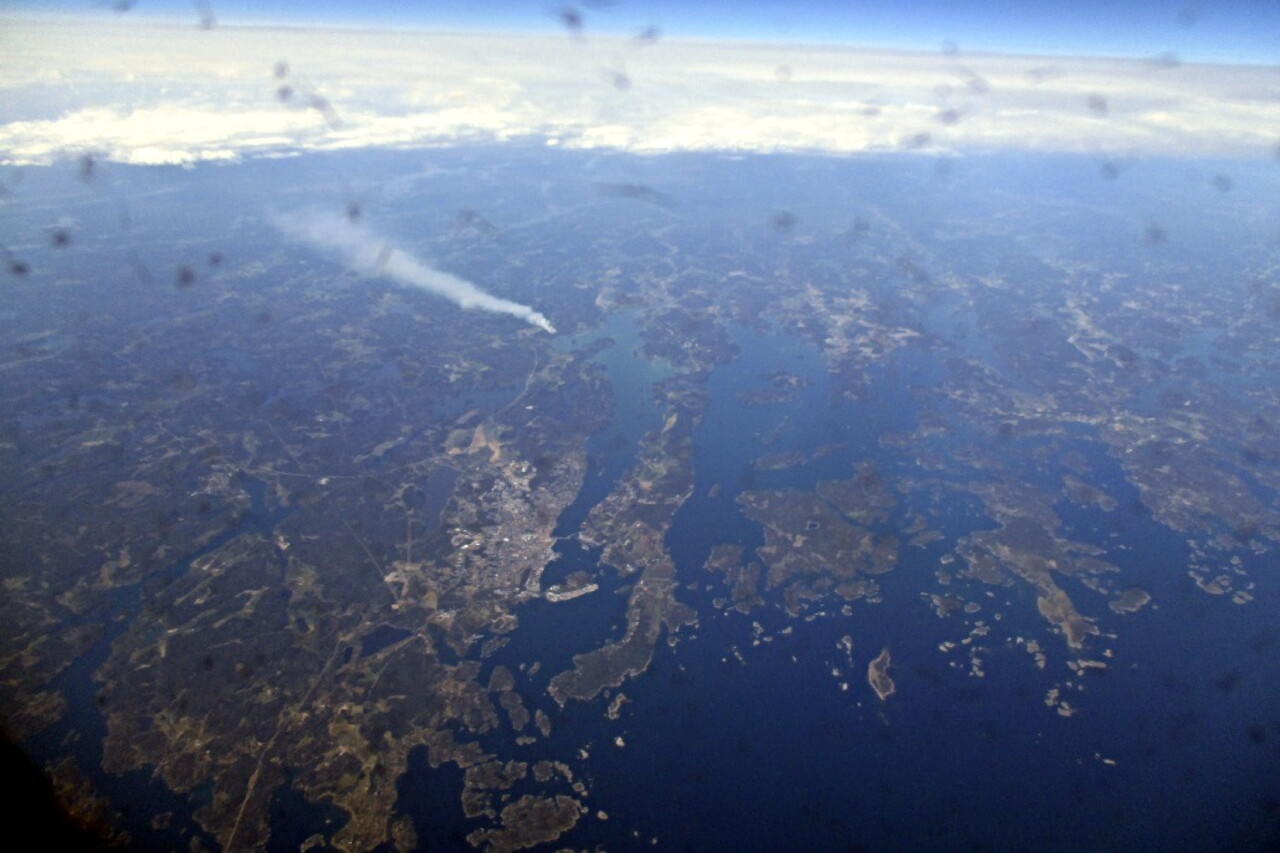 In some places, smoke plumes stretch over the woodlands. Now it is mid-May, the forest fire season has already begun, but the scale is small. 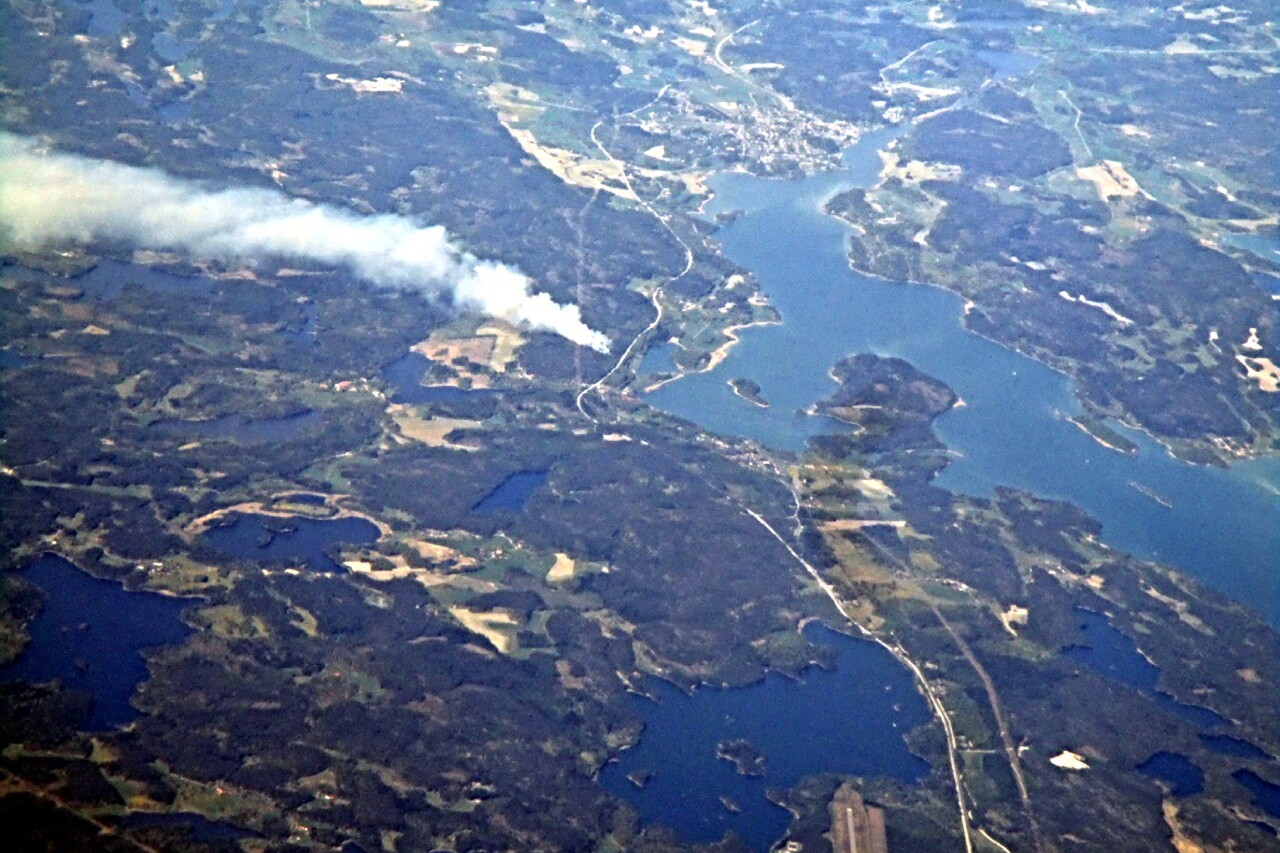 Here we have left the land of Sweden and are flying over the Baltic Sea towards Finland. More on this later.