My next trip started early in the morning at Koltsovo airport, where I had to sit for quite a long time. Around one o'clock in the morning, I received an SMS from Turkish Airlines saying that the flight was delayed. Looking at the online airport scoreboard, I found out that the delay is 4 hours, but the taxi for 2 nights was already booked in advance and I could not sleep for an extra 4 hours. Having decided to correct this already at the airport, I went up to the second tier and settled down to sleep, because the conditions allowed-there is always an excess of free seats in Koltsovo, not only in the departure zone, but also in the General hall, which distinguishes it from many other airports where I happened to visit. Comfortable chairs without mocking armrests (such as in the Malaga where I spent the night in April) between each seat allows you to easily assume a horizontal position. As soon as I accepted this position, an announcement was made: passengers on a flight to Istanbul are asked to come to the office of Turkish airlines. The office asked me if I was flying further from Istanbul (to re-register my transit if I didn't make it in time), and they gave me a meal ticket at the round-the-clock cafe of the hotel "Liner", which is very close to the airport terminal. The cafe turned out to be very decent, with service such as "buffet" (or "buffet", as they say in the common people), with a good selection of various Goodies and utilities. After a good meal, I went back to the cozy waiting room, where I got a good night's sleep before checking in, the time of which I was notified at the TA office. 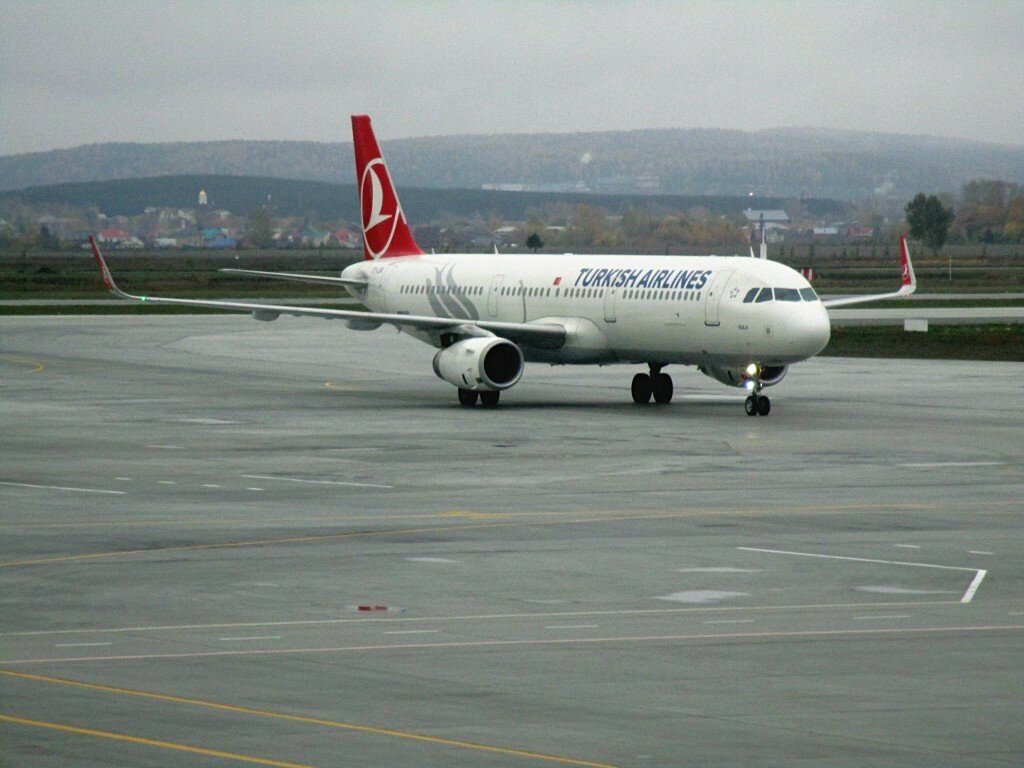 After checking in and going through passport control, I sat for a couple of hours in the almost empty departure area, while I read the guidebook. Finally, a Turkish A-321, which had flown in from Istanbul, landed and taxied up to the gate. 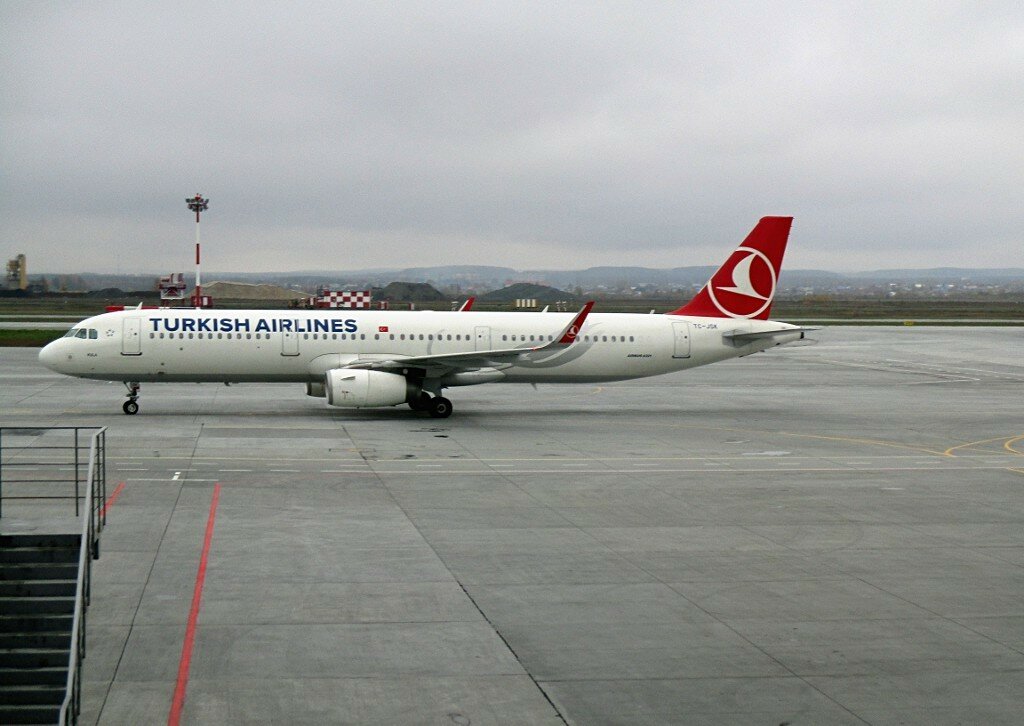 Just forty minutes after the arrival of the "turqish", landing on Istanbul began - during this time, the plane was refueled and put in order the cabin. Very quickly, I must say, usually planes are processed for the return flight for at least an hour. The next day, as usual, I asked for "near the window near the tail". But there was a place only next to the engine - not the worst location, at least, the wing does not obscure the ground. 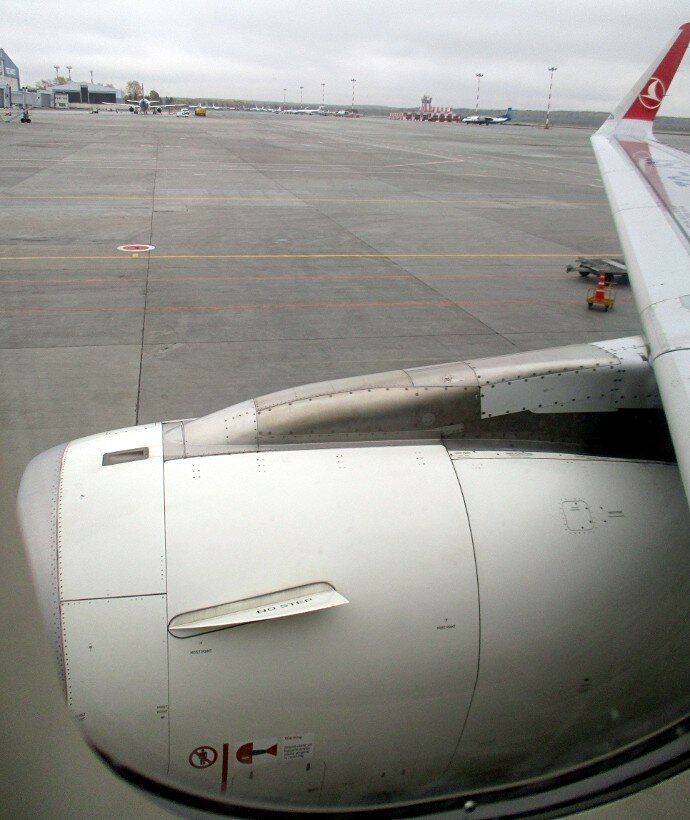 Above the steppes of the lower Volga, Volgograd region. 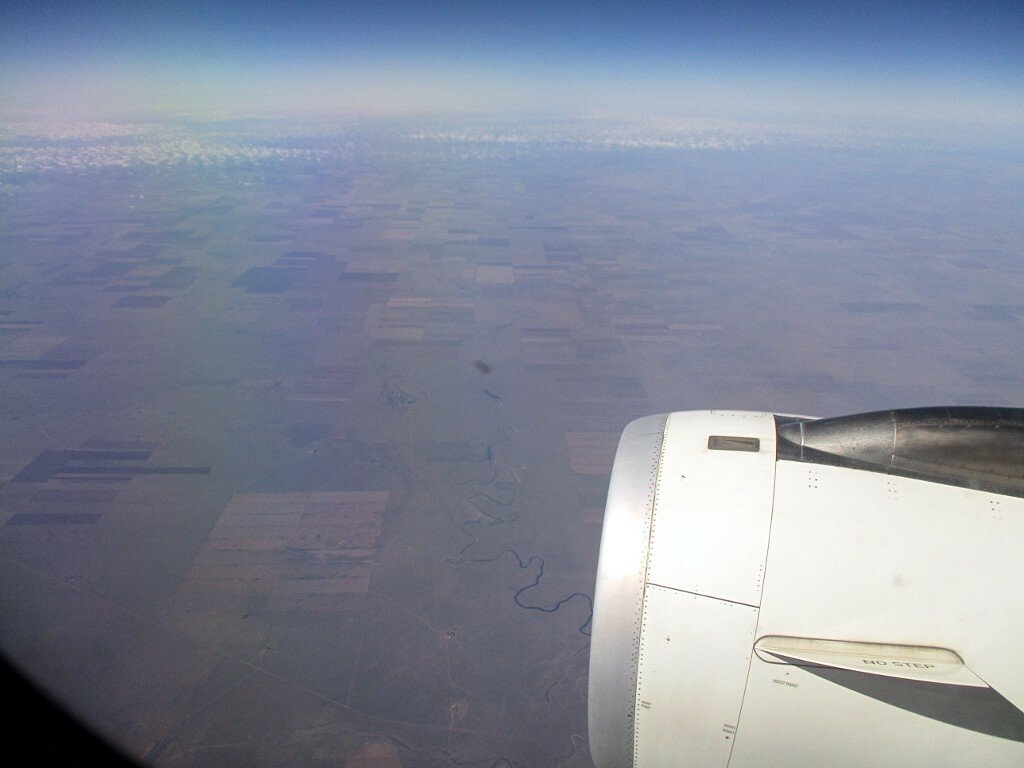 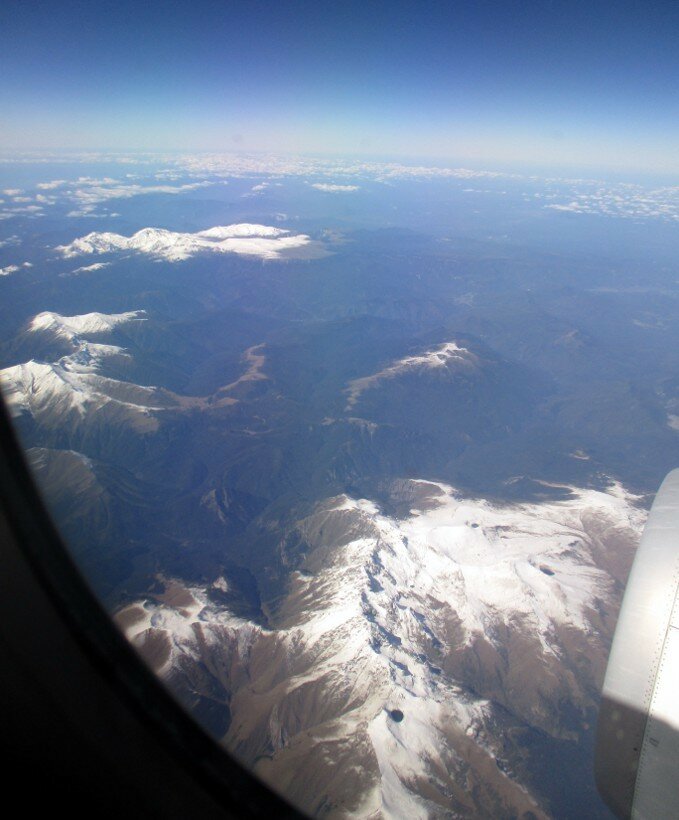 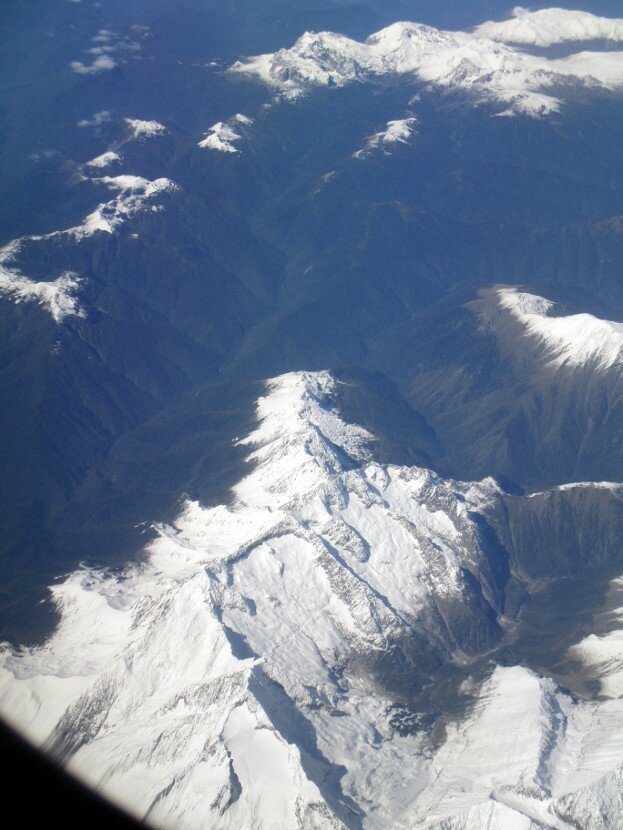 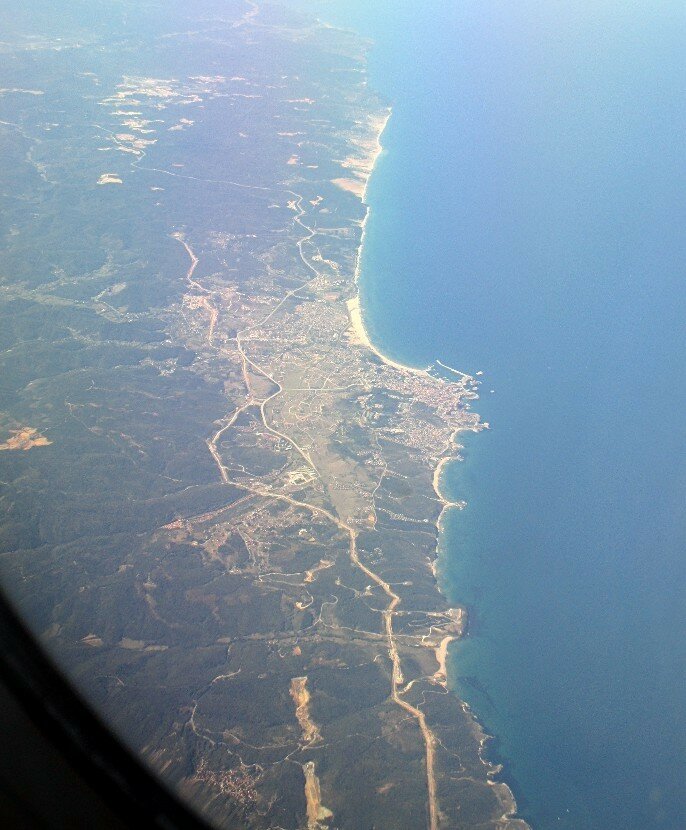 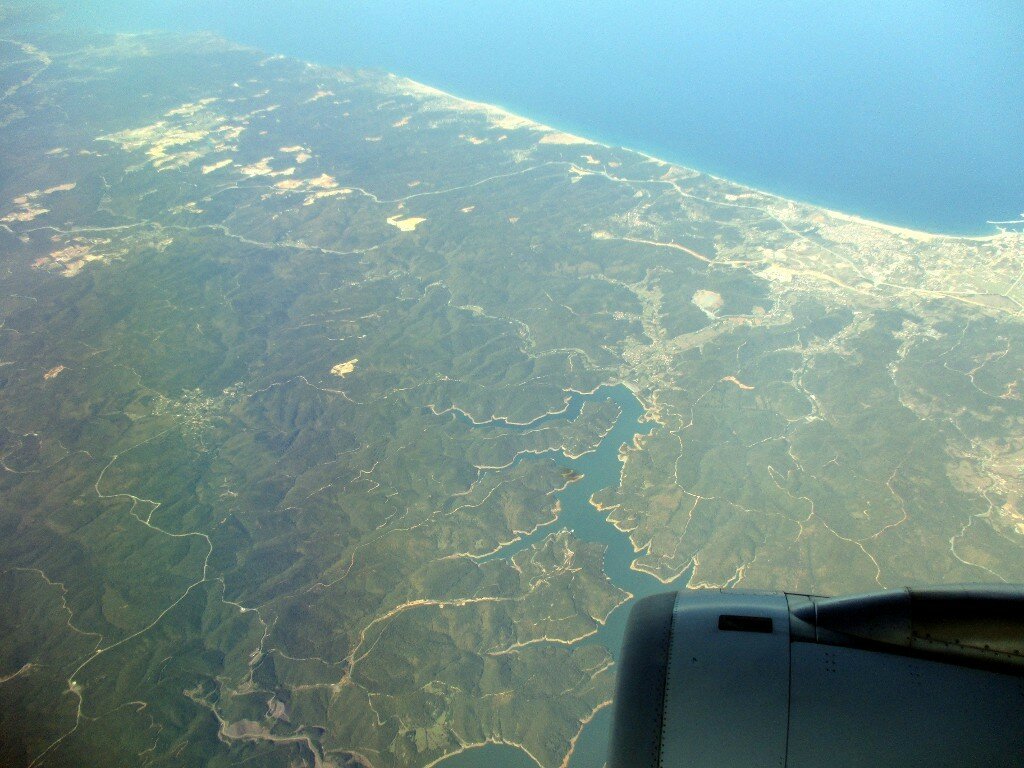 The Bosphorus and the black sea to the suburbs of Istanbul. 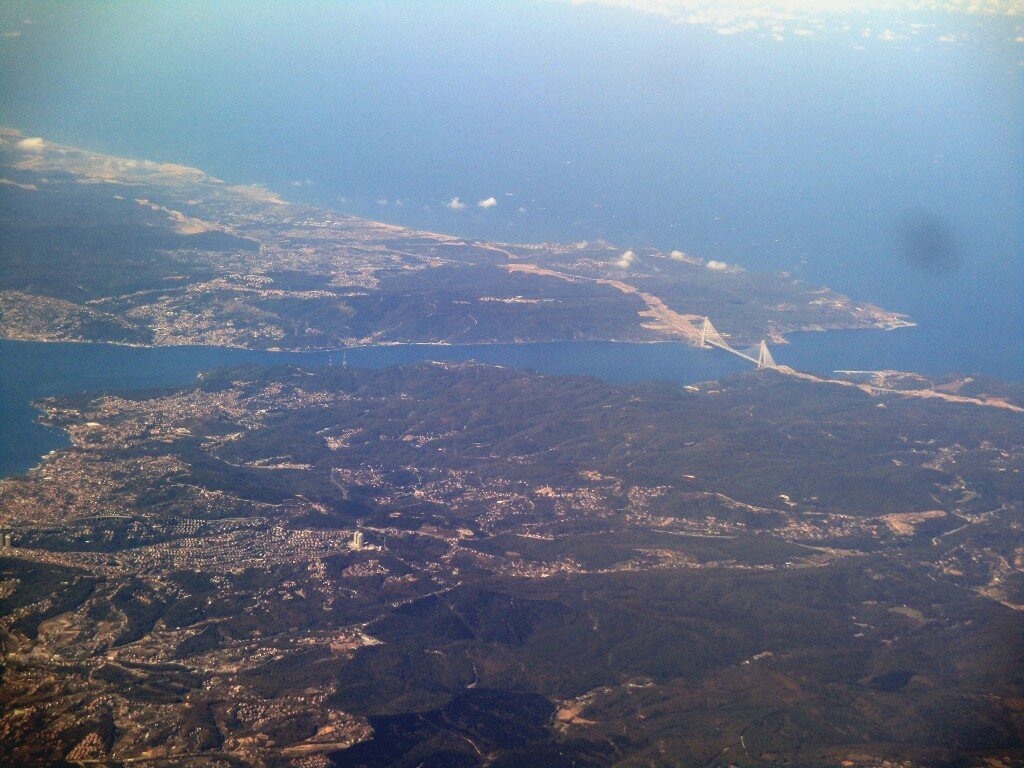 Bosphorus. Yavuz sultan selim köprüsü bridge is the third bridge across the Strait, located at its black sea mouth. 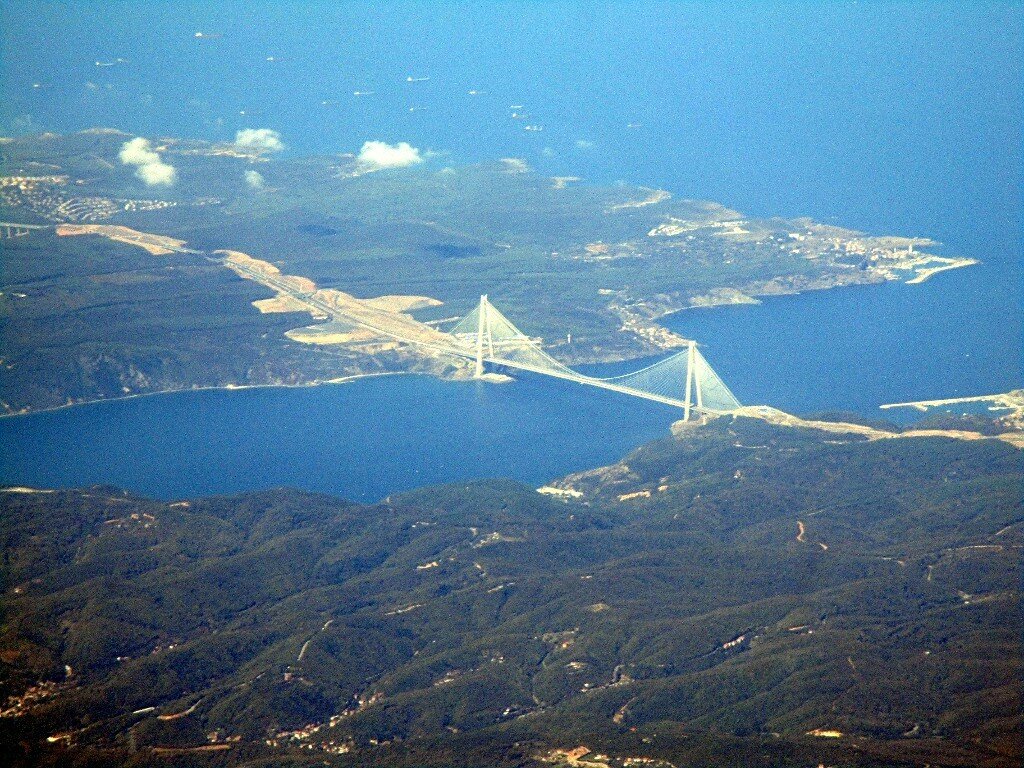 The structure is completely new, construction began in 2013. The Grand opening of traffic on the bridge took place just a month ago, on August 26. 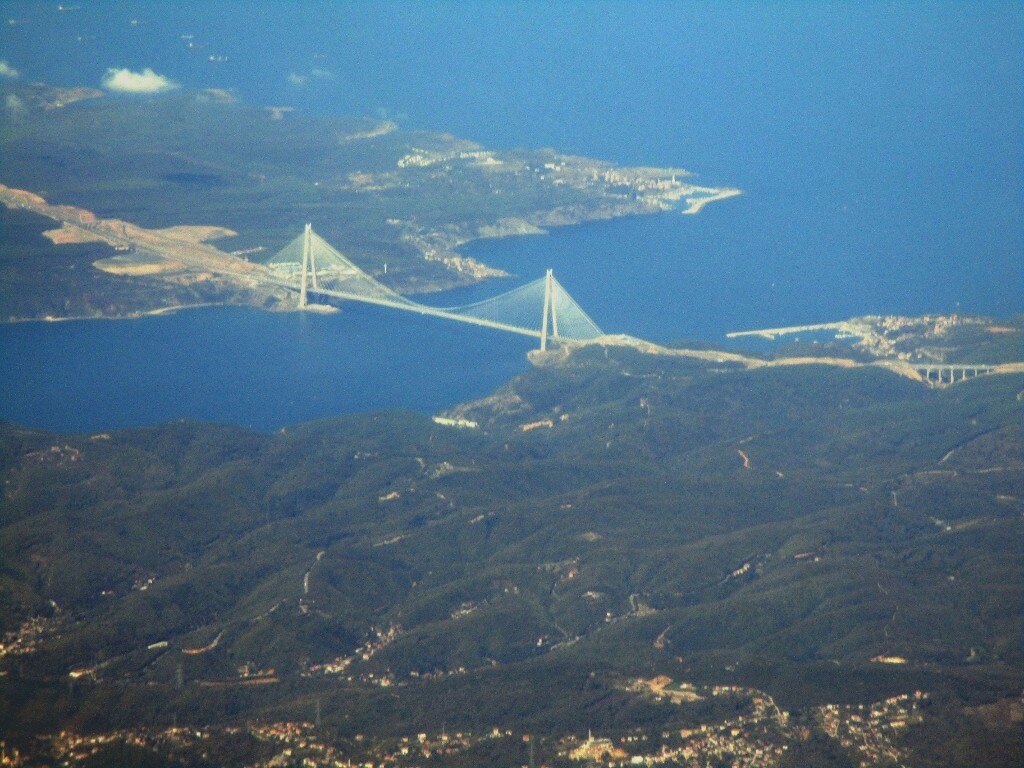 Fatih Sultan Mehmet köprüsü bridge, the second bridge across the Bosphorus, opened in 1988. 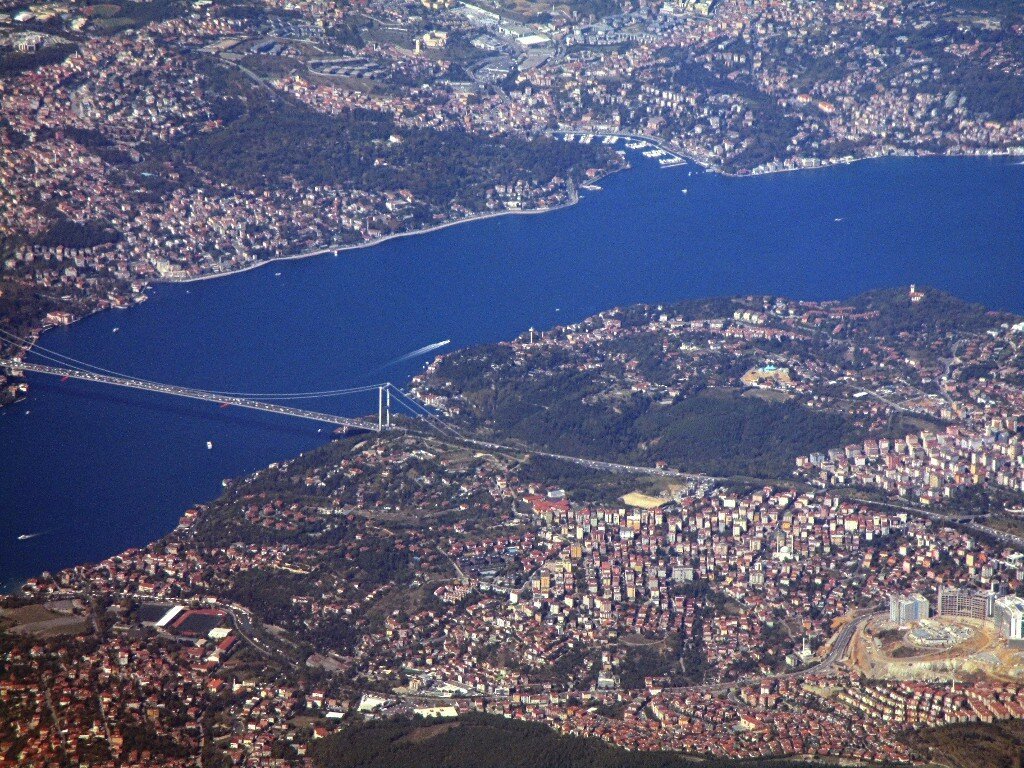 Bosphorus between the Bosphorus bridge (the first bridge crossing the Strait, opened in 1973) and the Sultan Mehmed Fatih bridge. Beyond the Bosphorus bridge, you can see the high-rises of the Şişli district. Here is the largest shopping center in Europe Cevahir (Cevahir). 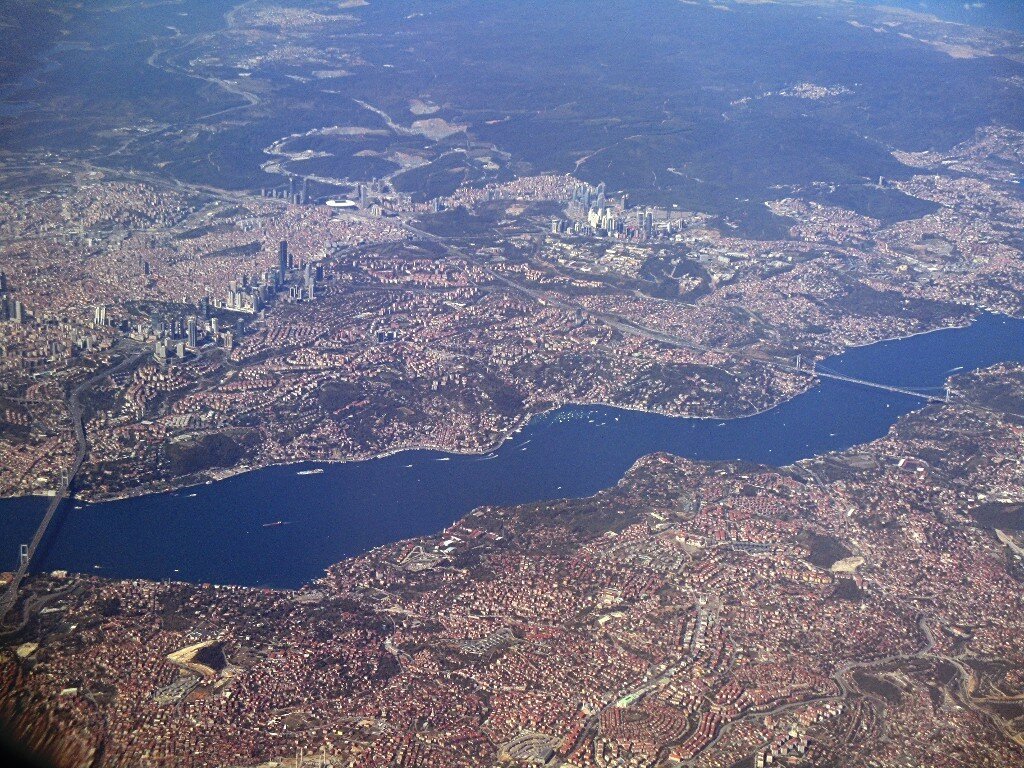 Behind the Sultan Mehmet Fatih bridge, the skyscrapers of Sarıyer district are towering. 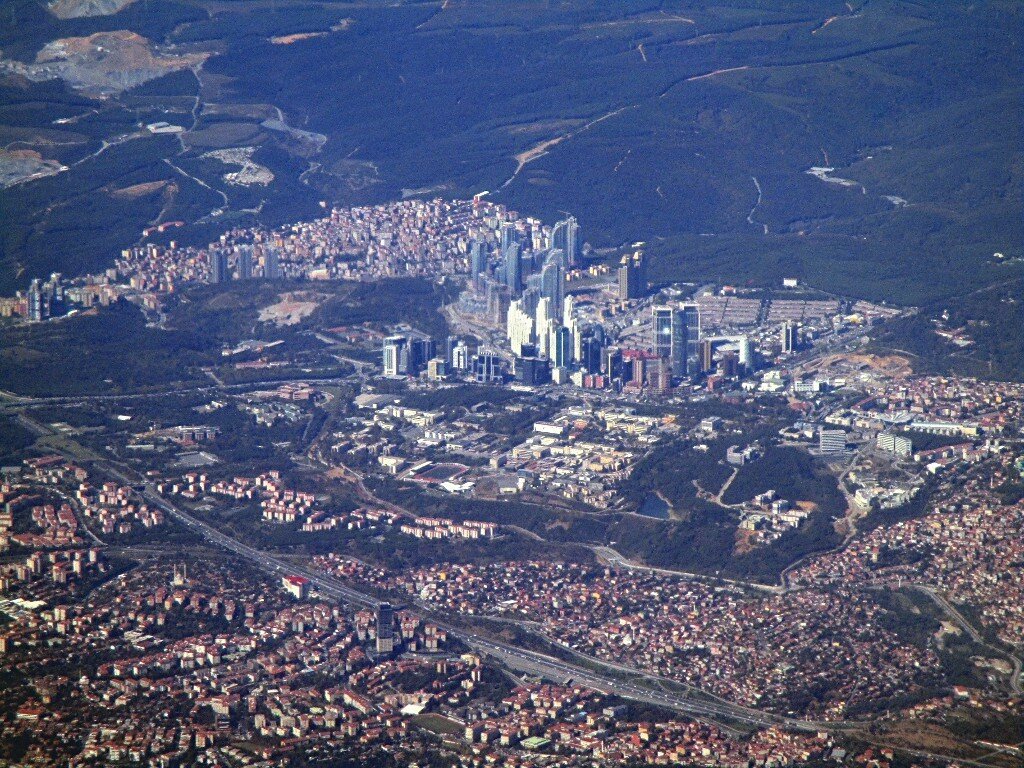 Fatih, the historic district of Istanbul, occupies a Peninsula formed by the sea of Marmara and the Bay of Halic-Golden horn. Here are the main sights of the city - Hagia Sophia, Sultanahmet mosque, Topkapi Palace. 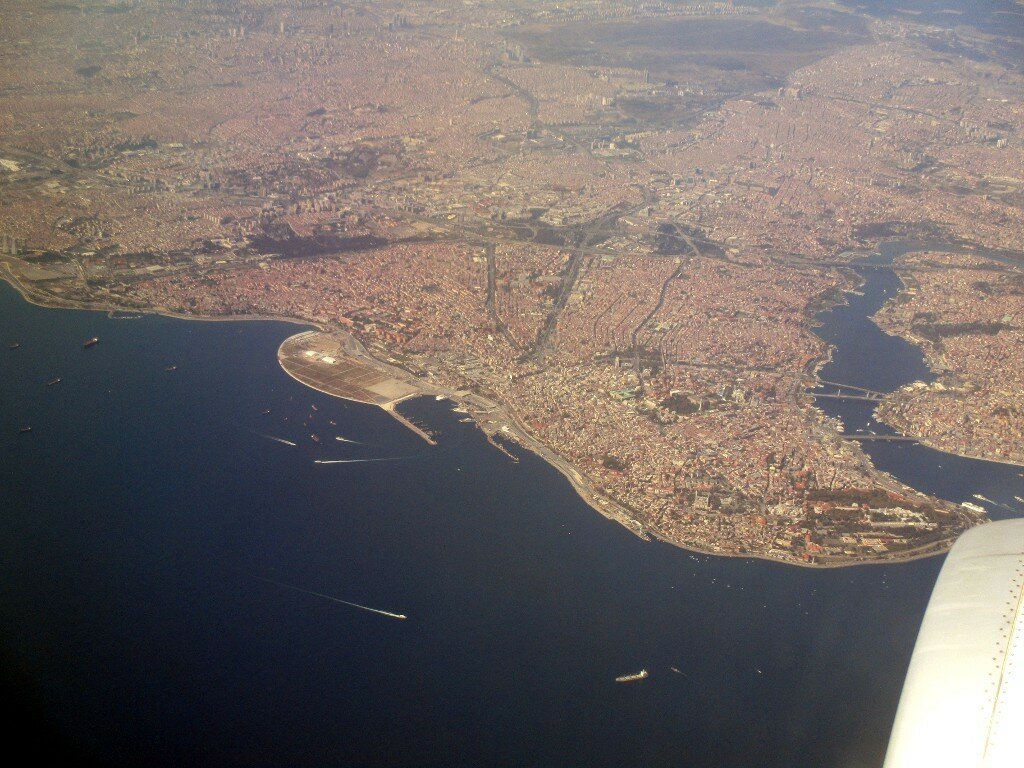 The Central part of the European part of Istanbul, where the Grand Bazaar and many ancient buildings are located. 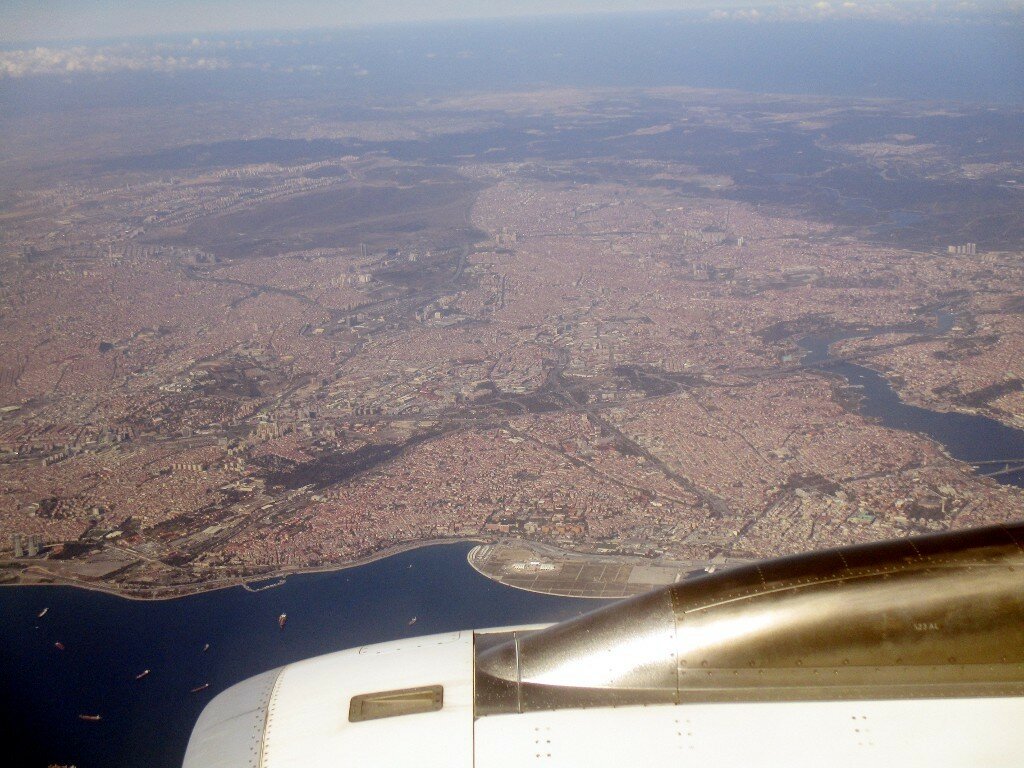 Bakırköy district, located on the shore of the Marmara sea. 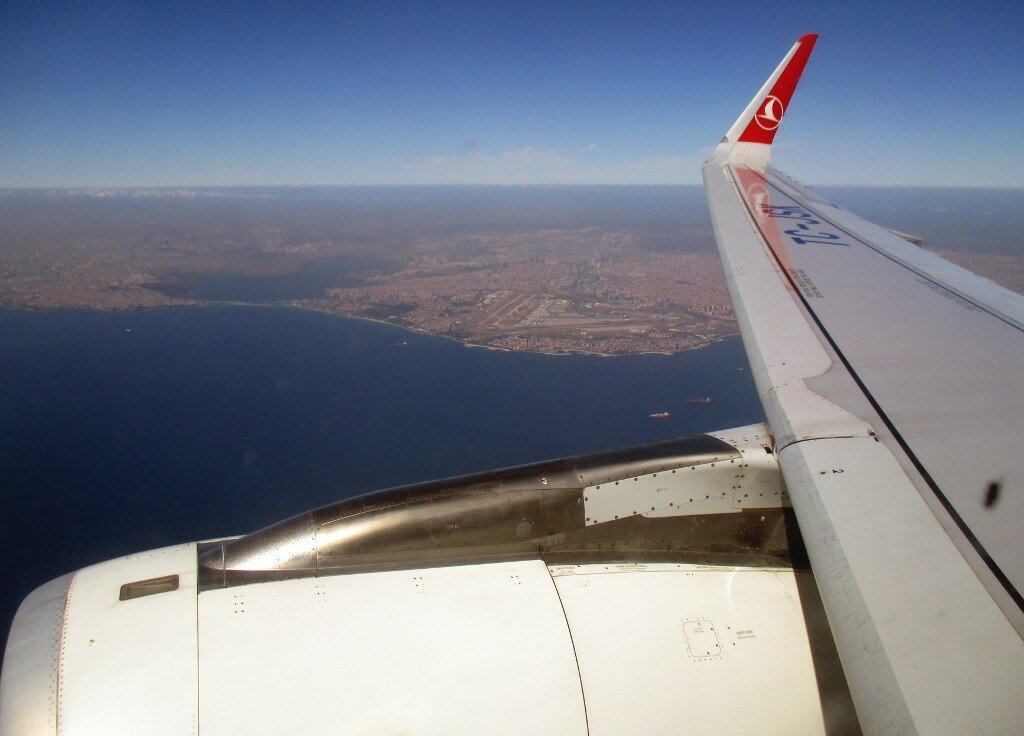 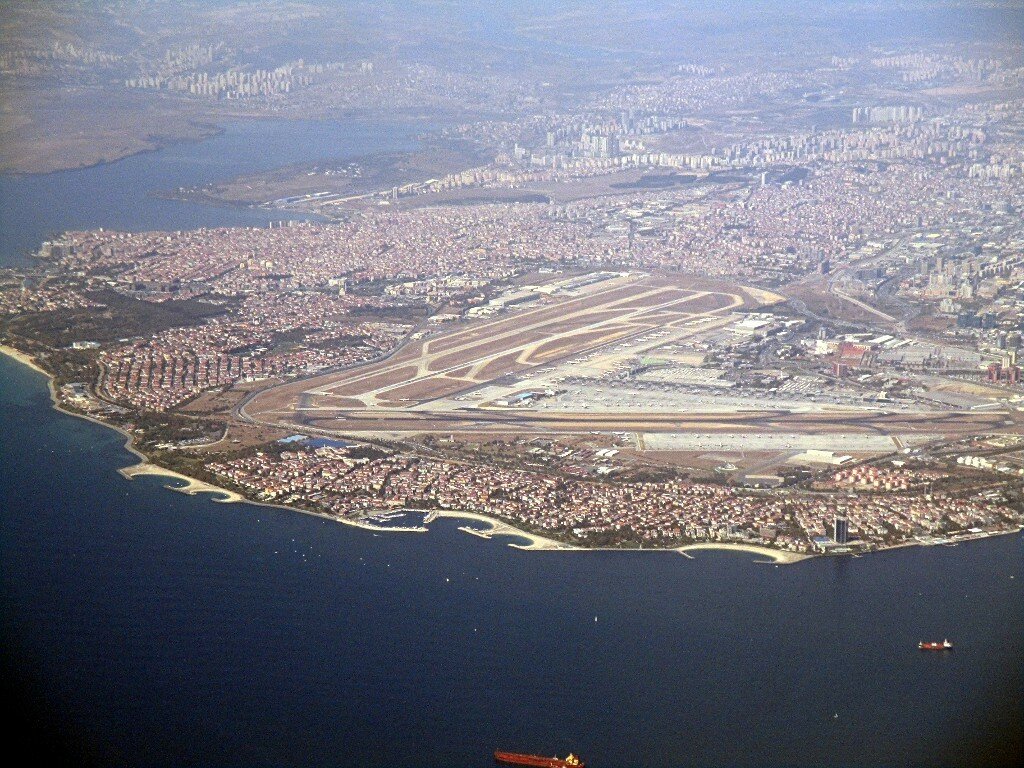 A tanker in the sea of Marmara. Judging by the absence of" moustache " stands still. By the marks of the screw operation, it is clear that it is held by the machine, and not anchored. 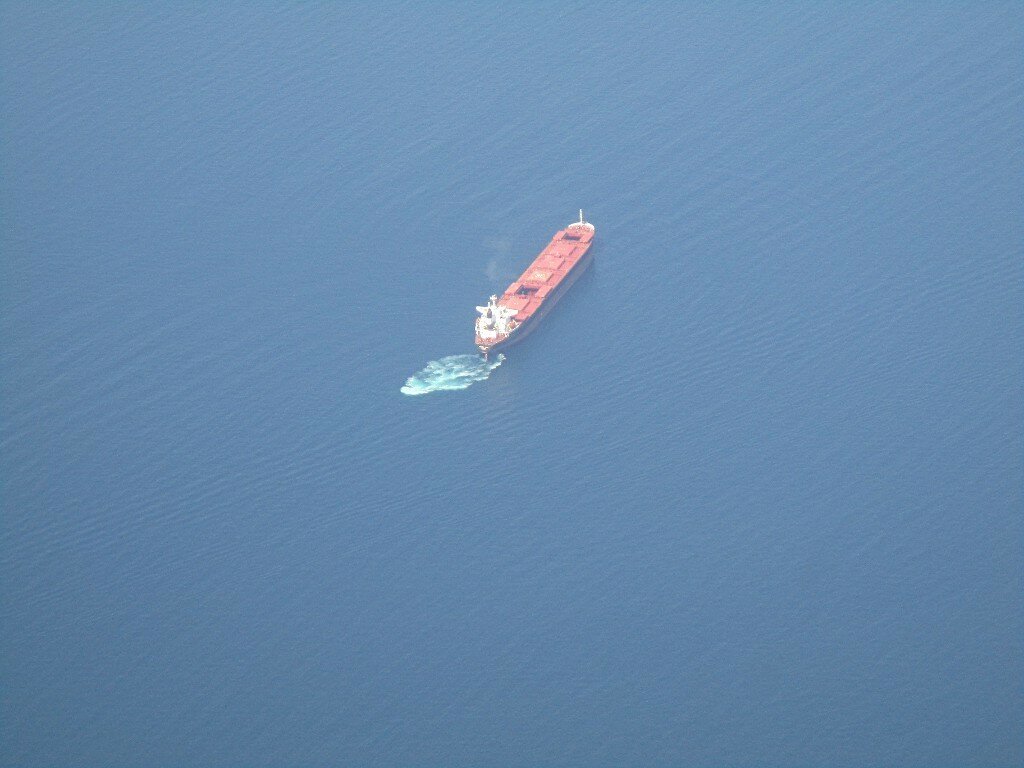 Closer to the shore, another tanker is visible, standing on anchor barrels. Looks like a floating tanker. Booms protect against accidental spills. 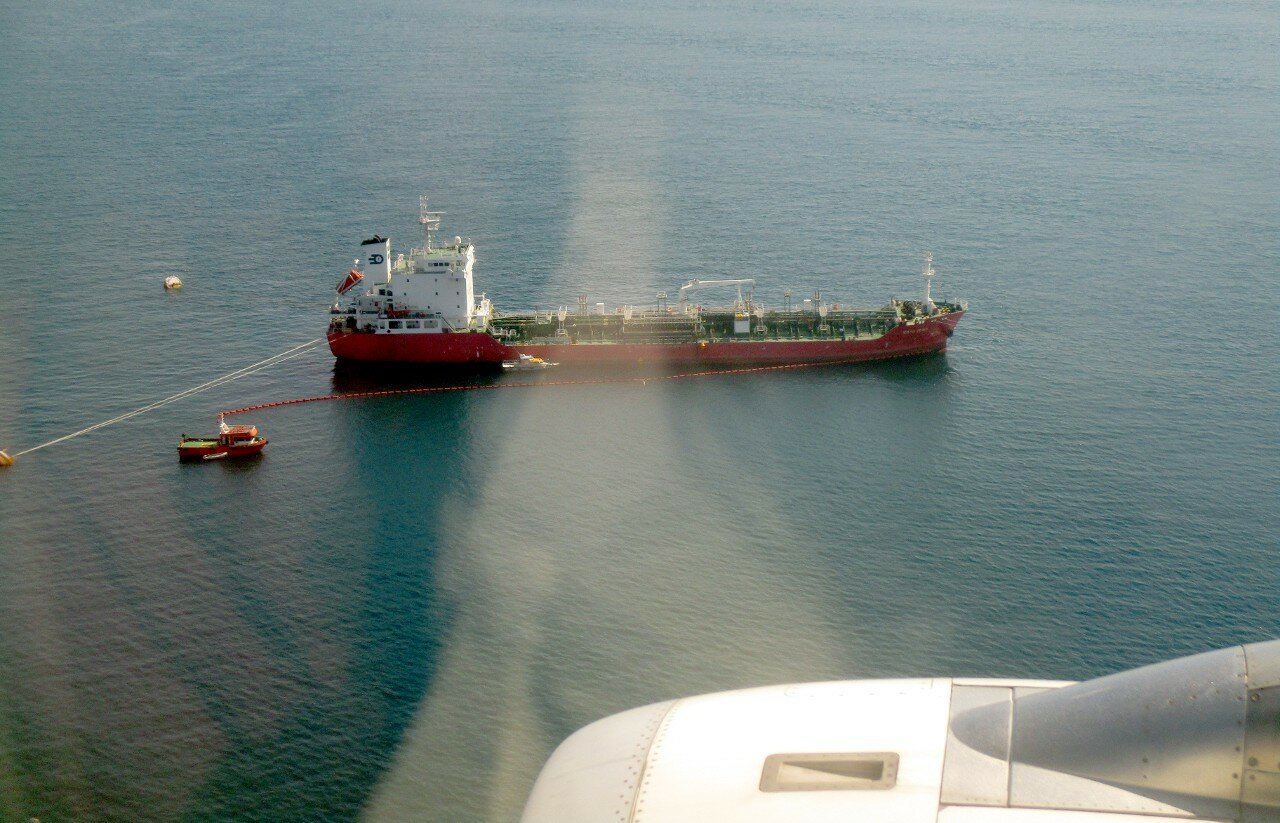 Embankment of The Bakırköy district. 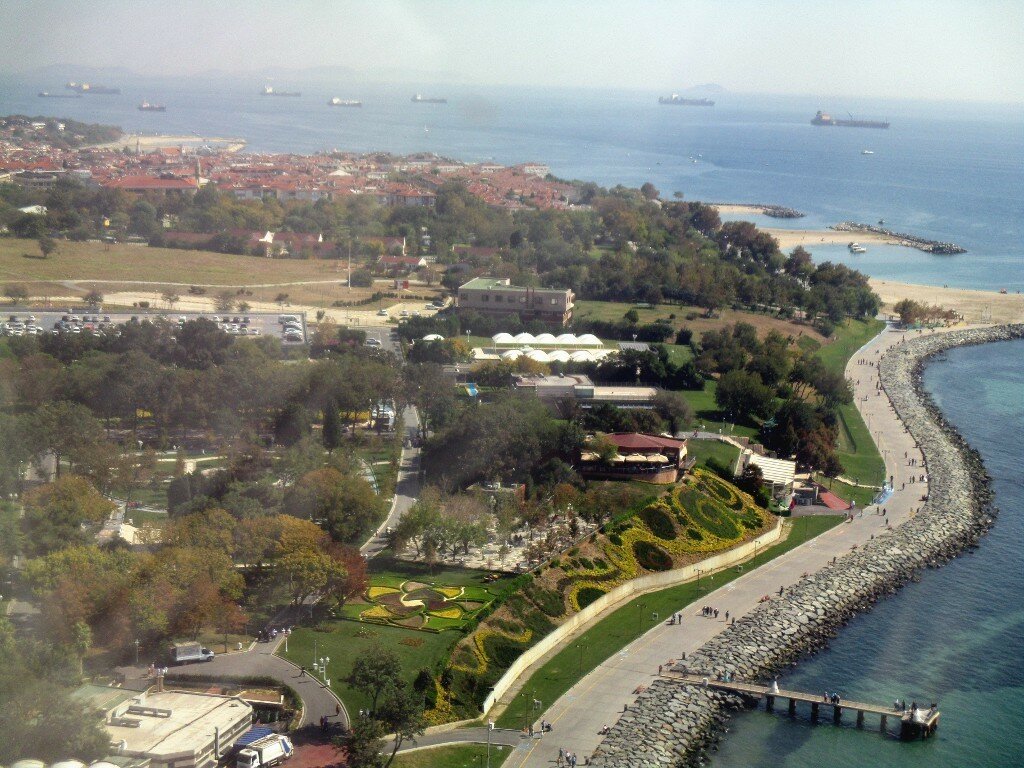 We are approaching the border of the airport. 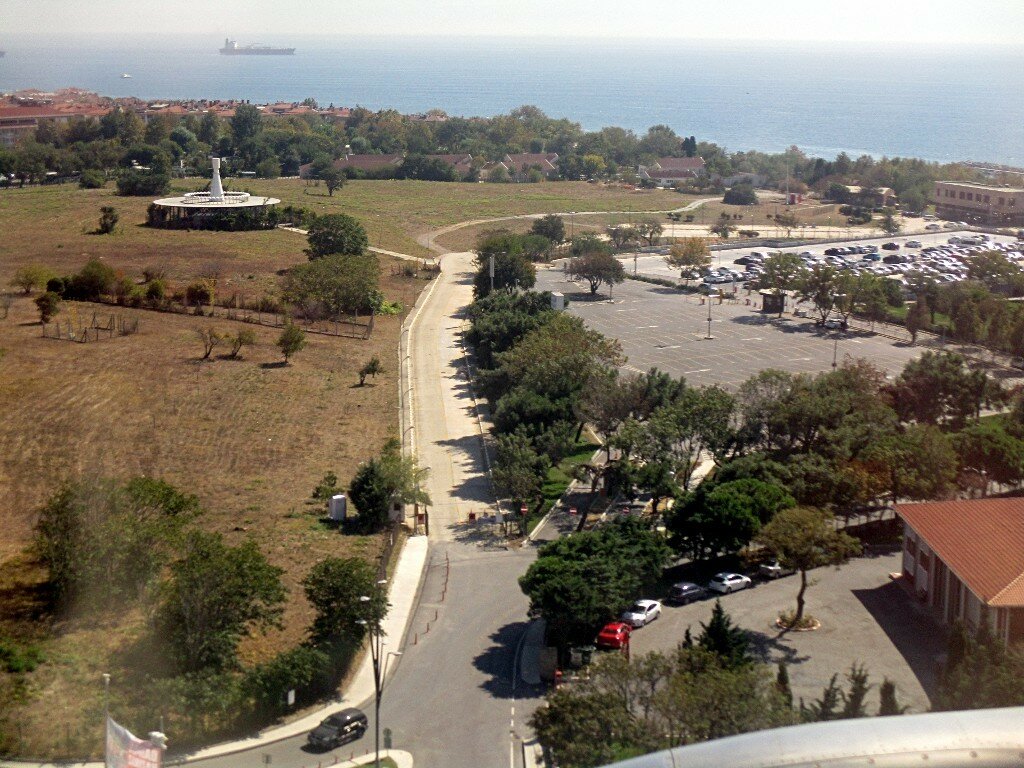 The wheels of the landing gear touched the runway of Istanbul airport. Braking. The turbine reverse plates are open. 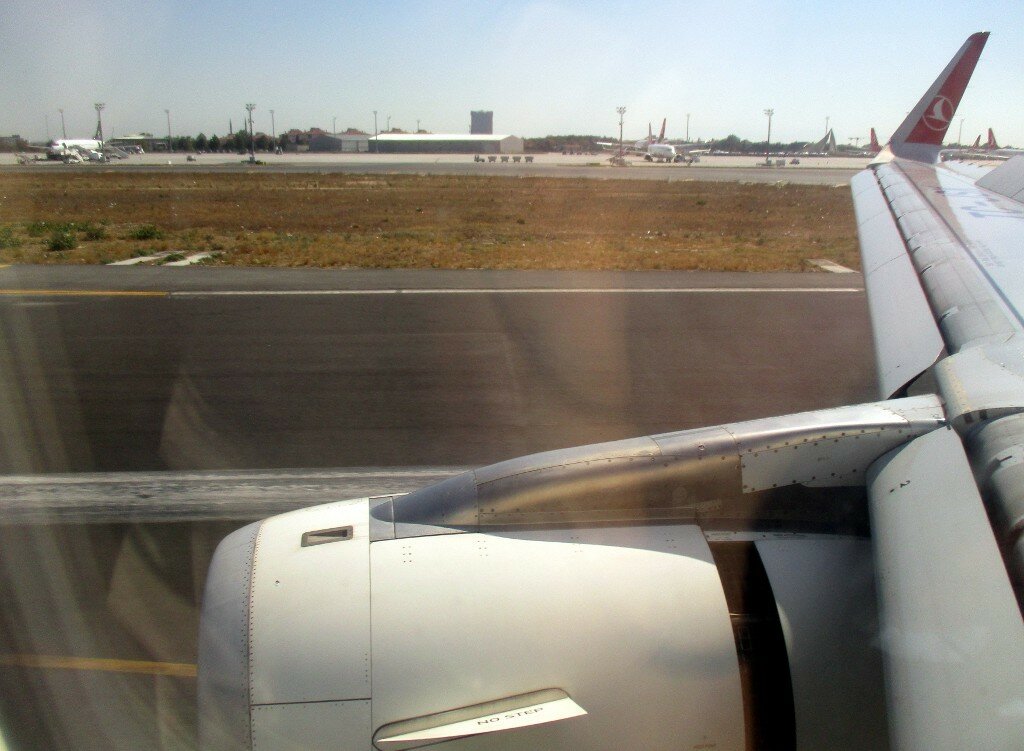 Our plane is heading to one of the gates of the international terminal. The flight is over. 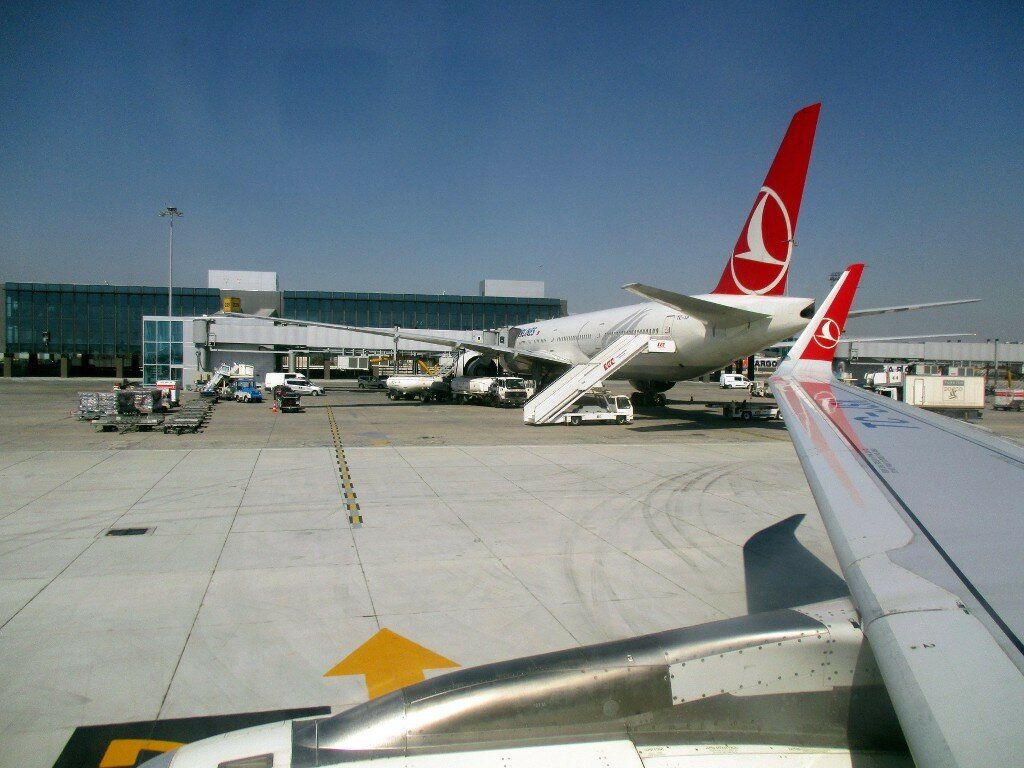 PS-I apologize for the flaws in the quality of the photo, I took it with a pocket soap dish, since I was too lazy to get out a tightly Packed DSLR.

PS2-You can read more about the flight on the same route in more detail and with high-quality photographic material here: