Italians are a responsive people. Passing through check-in for the Rome-Moscow flight is one of the last, without much hope he said vicino finestra, per favore (at the window, please). Employee he muttered "improbabile" (unlikely), but tapped the screen hard. the keyboard. As a result, I was almost completely alone in the plane. the tenth row, which is at the emergency exit, where the distance between the seats is more than usual and you can stretch your legs. This is to the point that when if you address the people of the country in their own language, even with mistakes, you will not be able to find them. they will pay as much attention as possible. Since the time was dark, after as we took off towards the sea, I lost interest in looking out of the window, and completely in vain, as the plane turned around and opened a wonderful picture - the brightly lit streets of the Fumicino coast and Ostia, and then the Eternal city itself. However, there is no time to pull it out the camera was no longer there. In the morning, after changing planes at Sheremetyevo airport until Yekaterinburg, I again found myself at the window, and quite successfully, in the very center of the city. at the end of the cabin, where the wing does not block the view of the ground. However, it took its toll it was a sleepless night, and I didn't feel like messing around with the photo. But when the airport buildings, paths, and structures appeared below, I still I pulled the phone out of my bag, though too late... 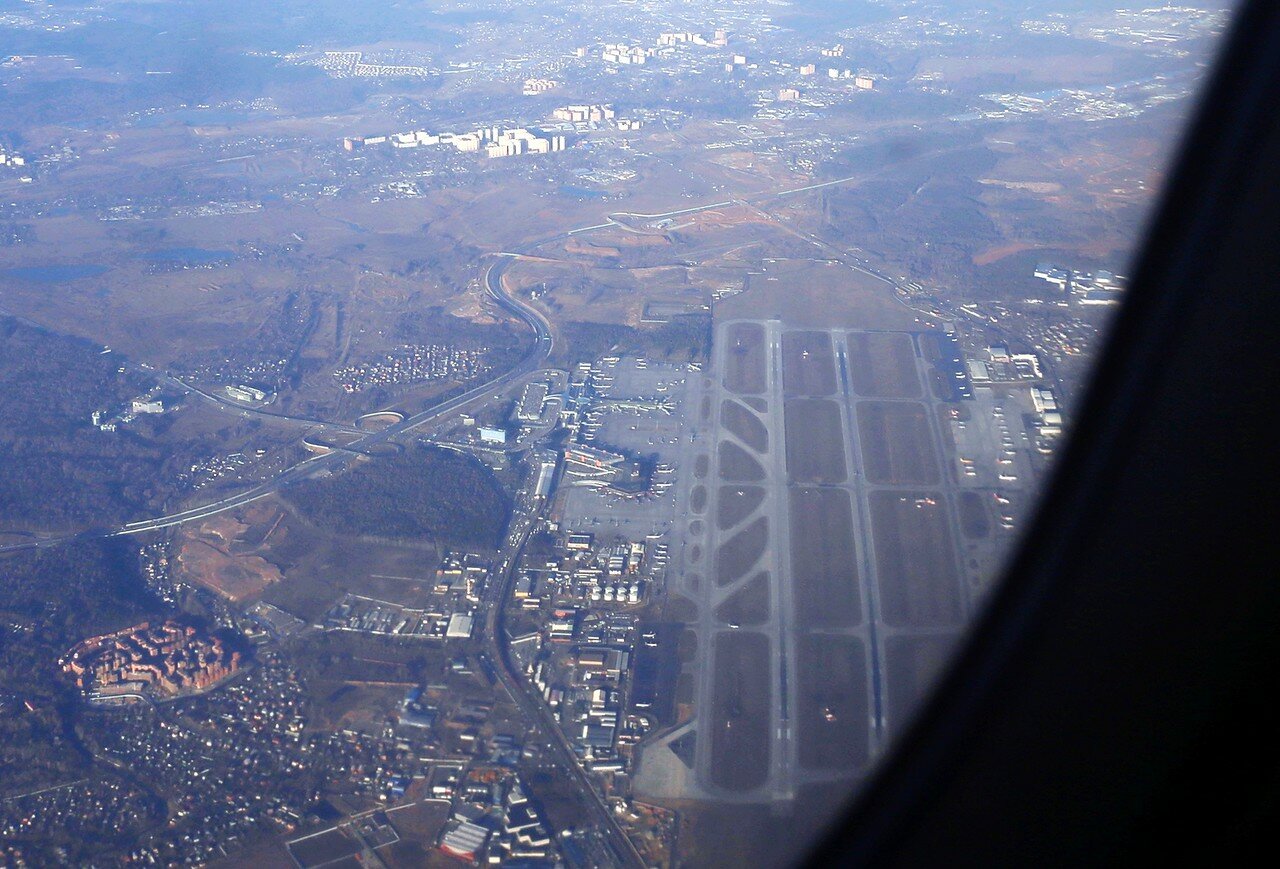 Then it became even more interesting, I did not expect such remarkable visibility, and even a source of daylight he was in the right position. The Moscow Canal was visible below, with the Khimki bridges and Khimki itself, below on the right-Dolgoprudny. In in the center, you can see the Khimki reservoir, then Tushino, before it Khovrino, left Khoroshevo. 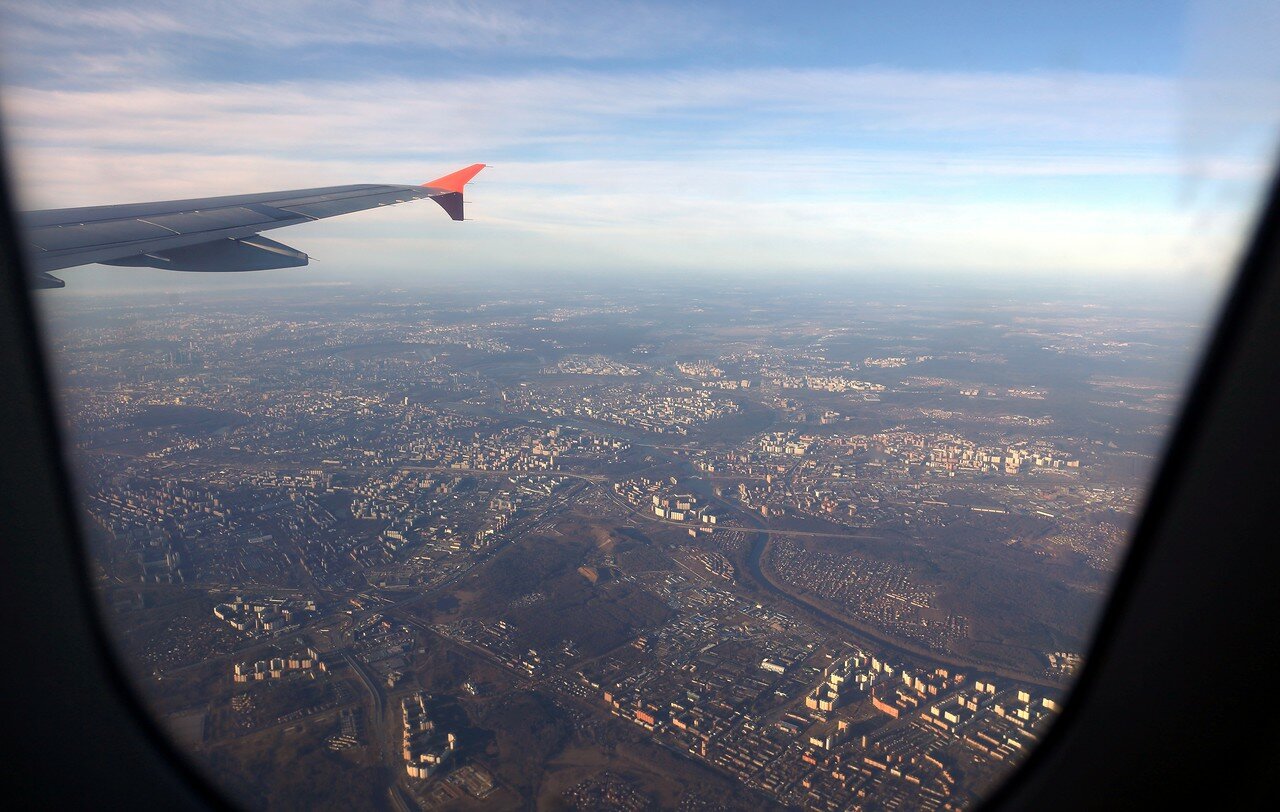 Then the Central district of the capital spread out in all its glory. The needle of the Ostankino TV tower is visible on the right. 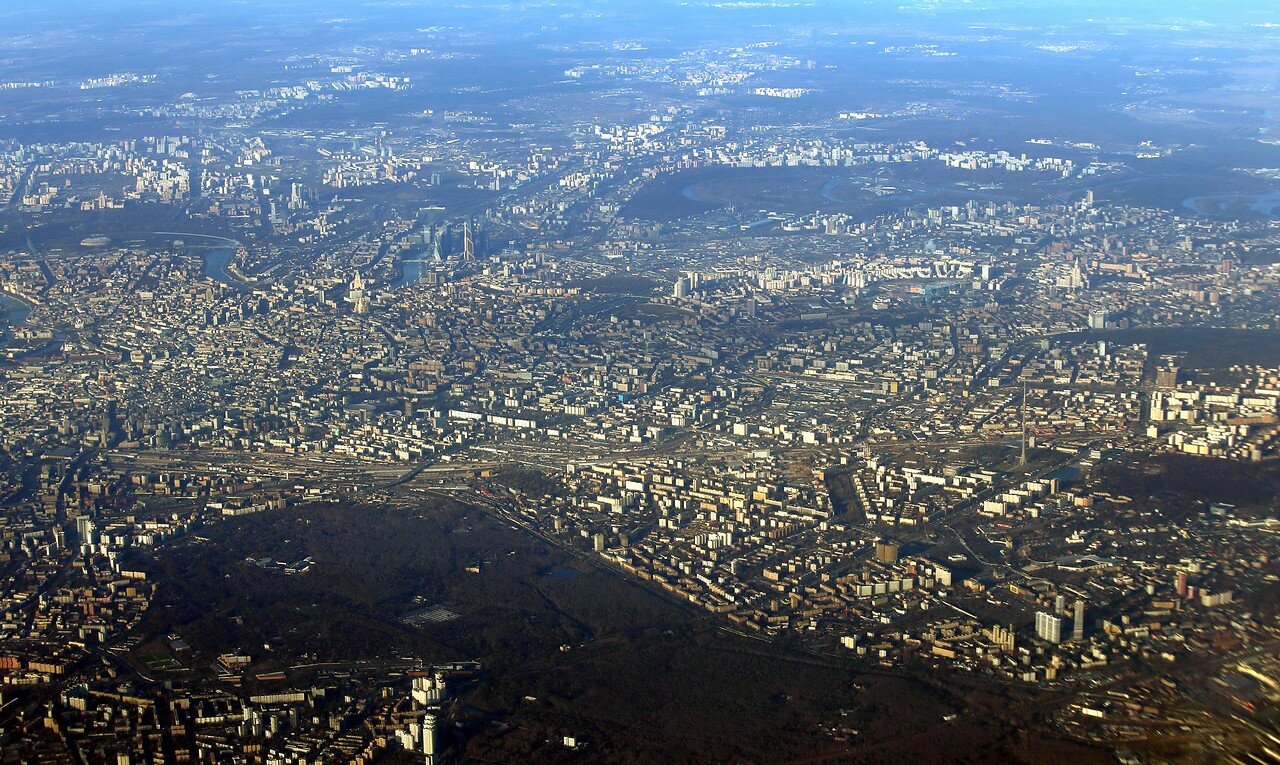 A little closer. Below can be seen the approach roads of the Yaroslavl and Leningrad stations. 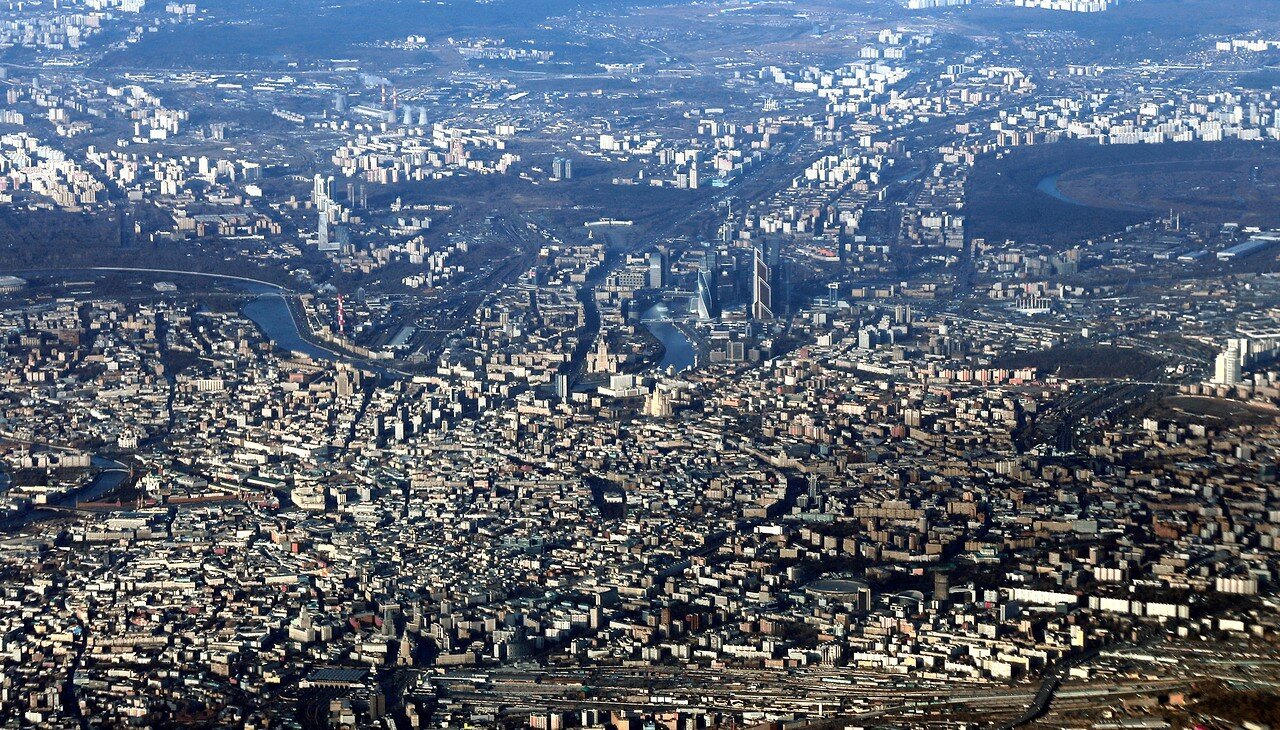 On the right, the skyscrapers of Moscow-city, on the left below "owner" of the CMEA (Council for mutual economic assistance, was such office, the socialist equivalent of the European economic community), to the right of the White house (Russian Government building) above it skyscraper on Kutuzovsky, below - building on Kudrinskaya square. 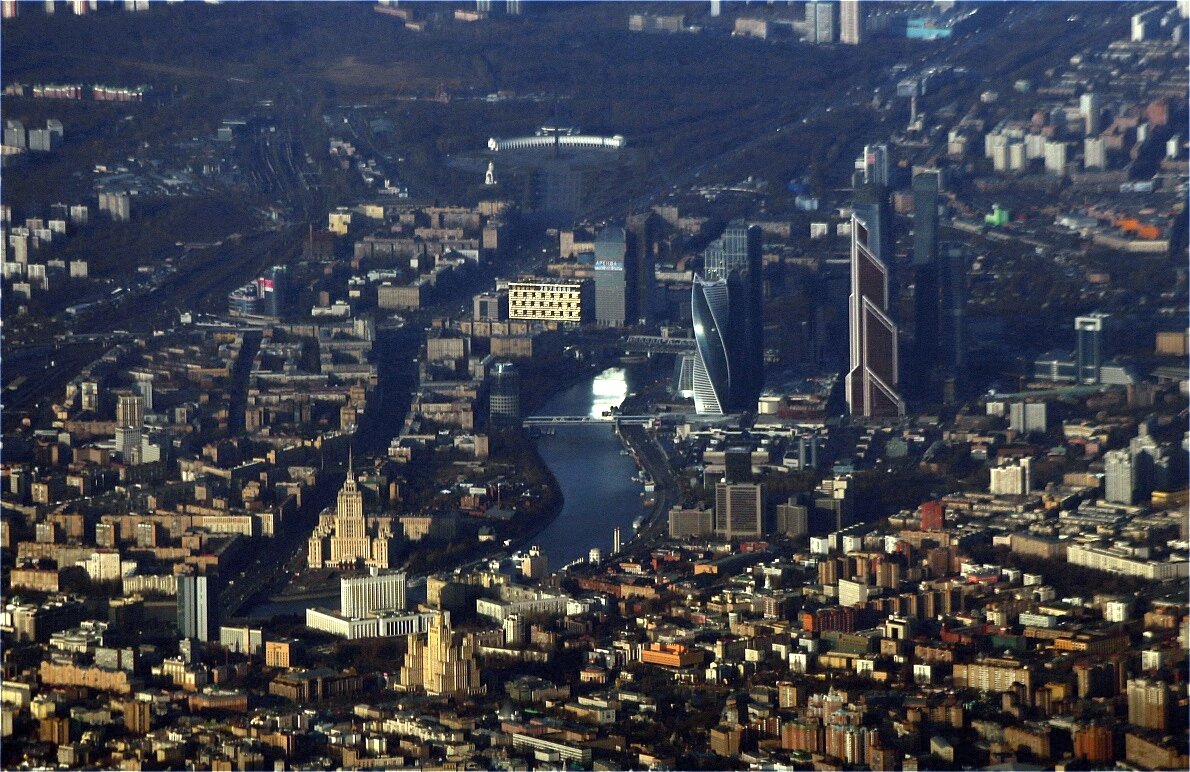 Bend of the Moskva river. Top center complex MSU, below the bowl of the Grand sports arena "Luzhniki" , right the lower corner of the center - the Kremlin and Temple of Christ the Savior. You can see two Stalinist high-rises - on the right of the MFA, in the lower center of the building on the left Kotelnicheskaya embankment. 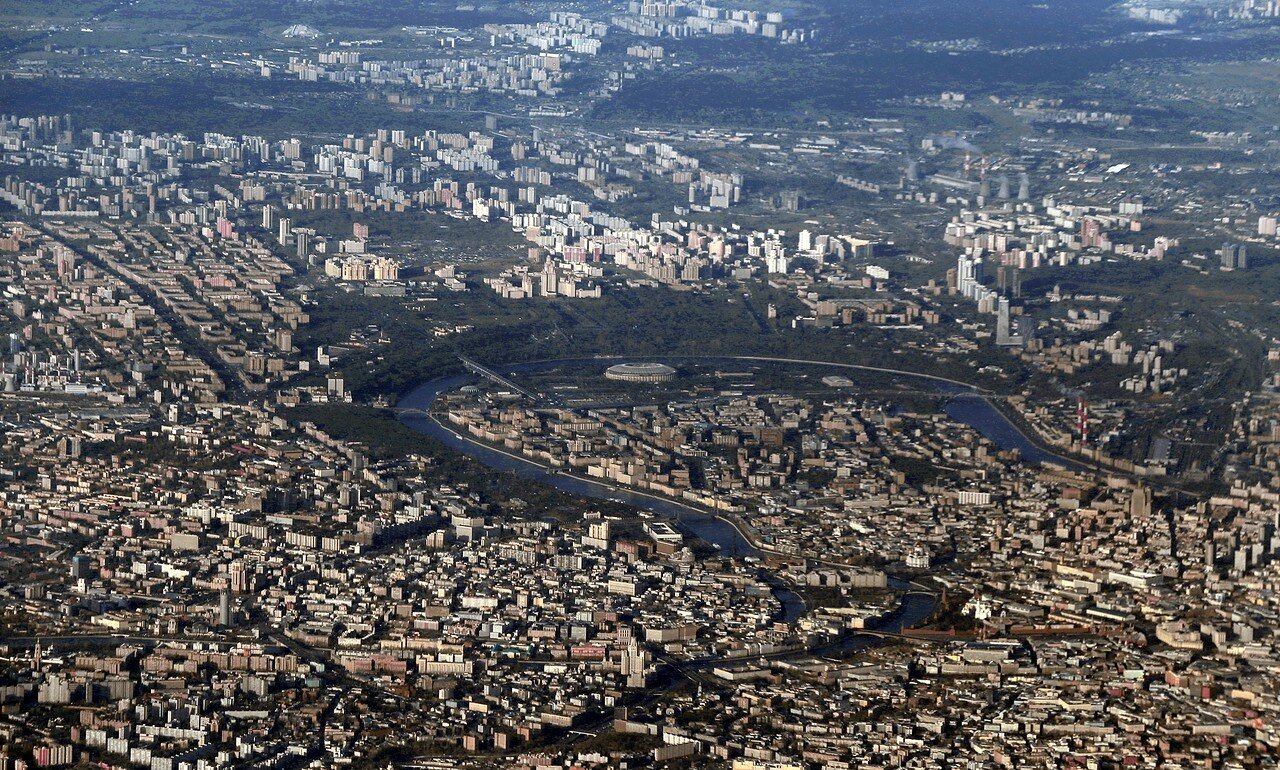 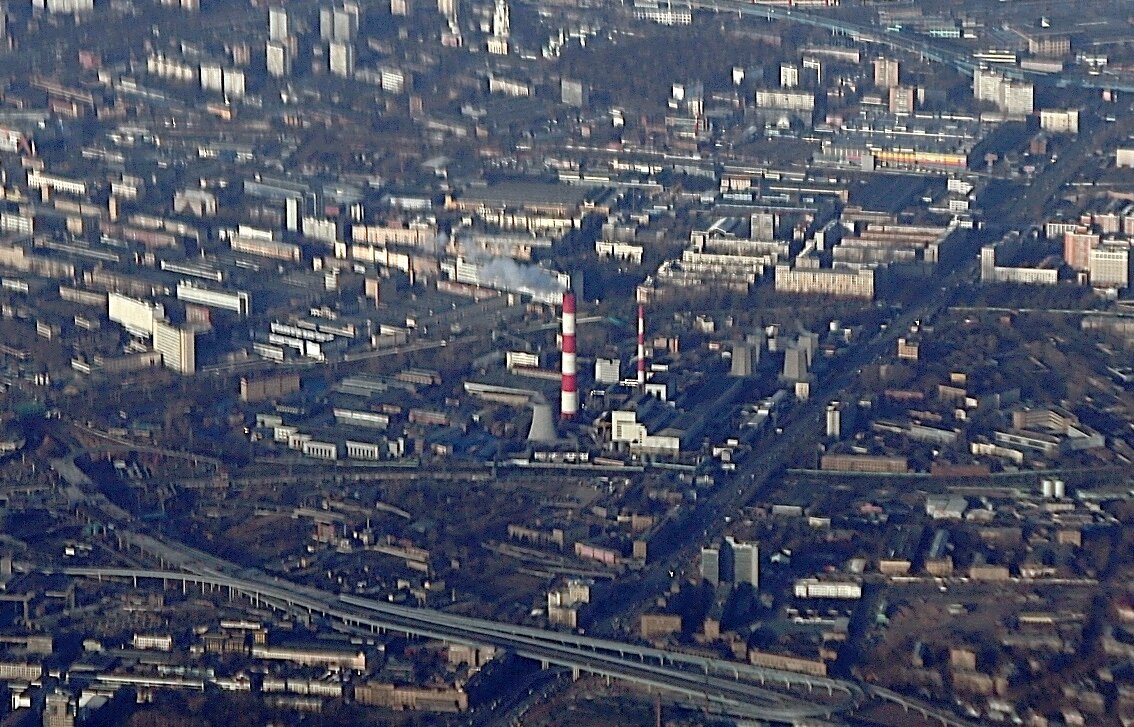 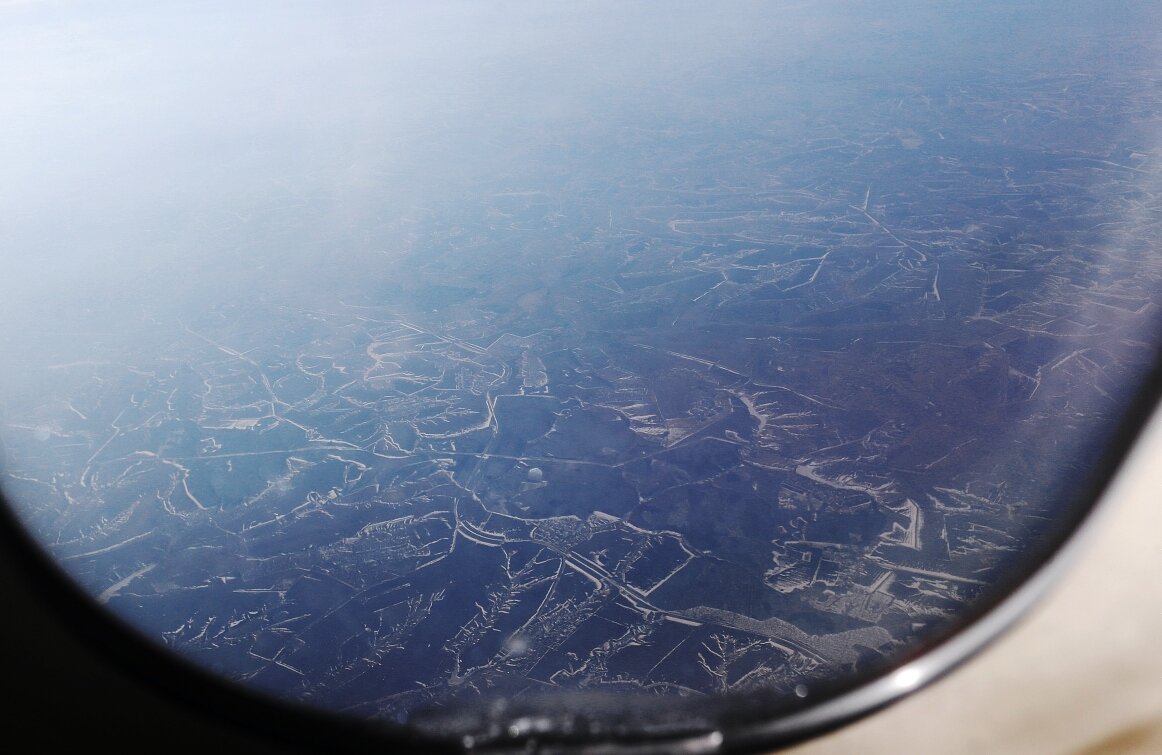 Somewhere in the Cheboksary area. 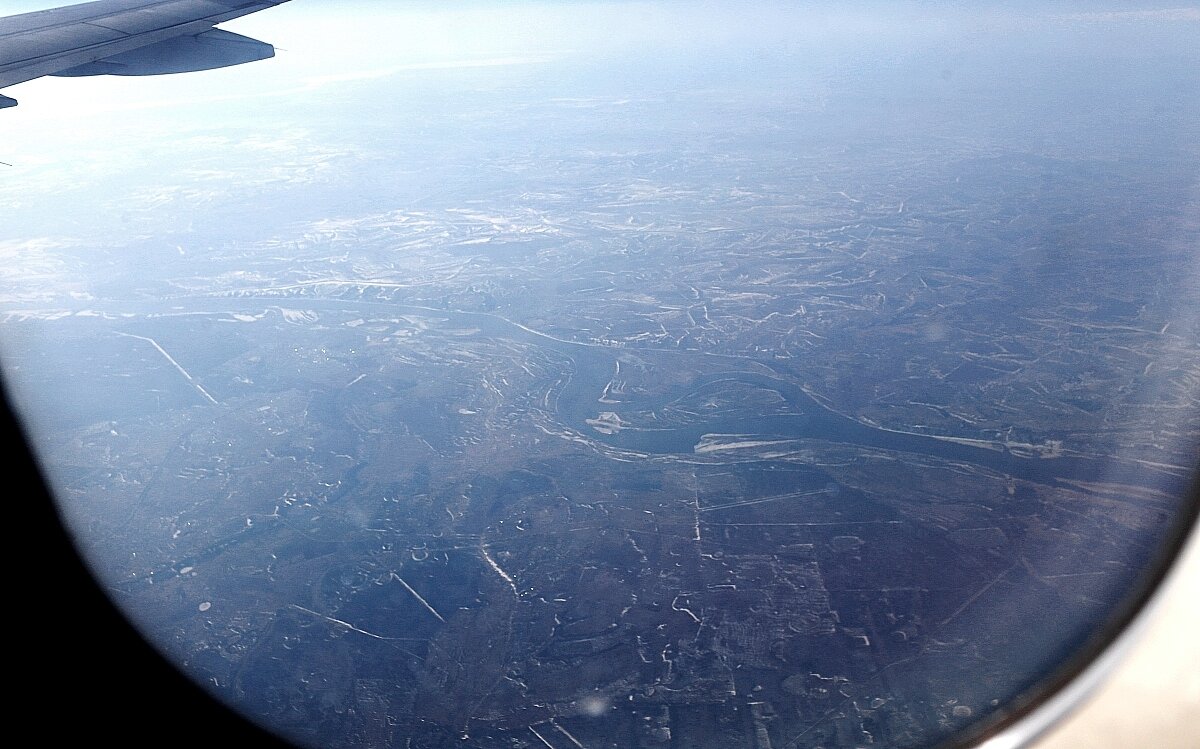 The Volga is higher than Kazan. 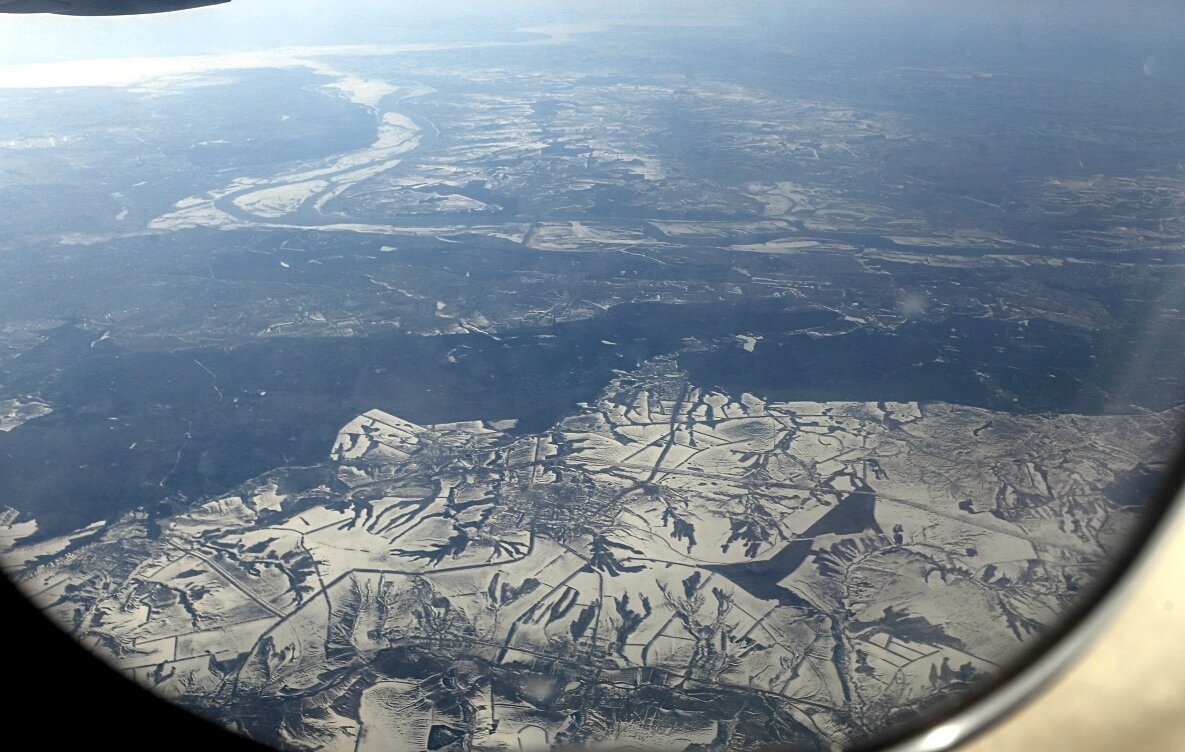 The Kuibyshev reservoir is at the top, and the Cape of the Kama estuary is visible in the center above. Kazan is in the center, to the right of the bend of the Volga. 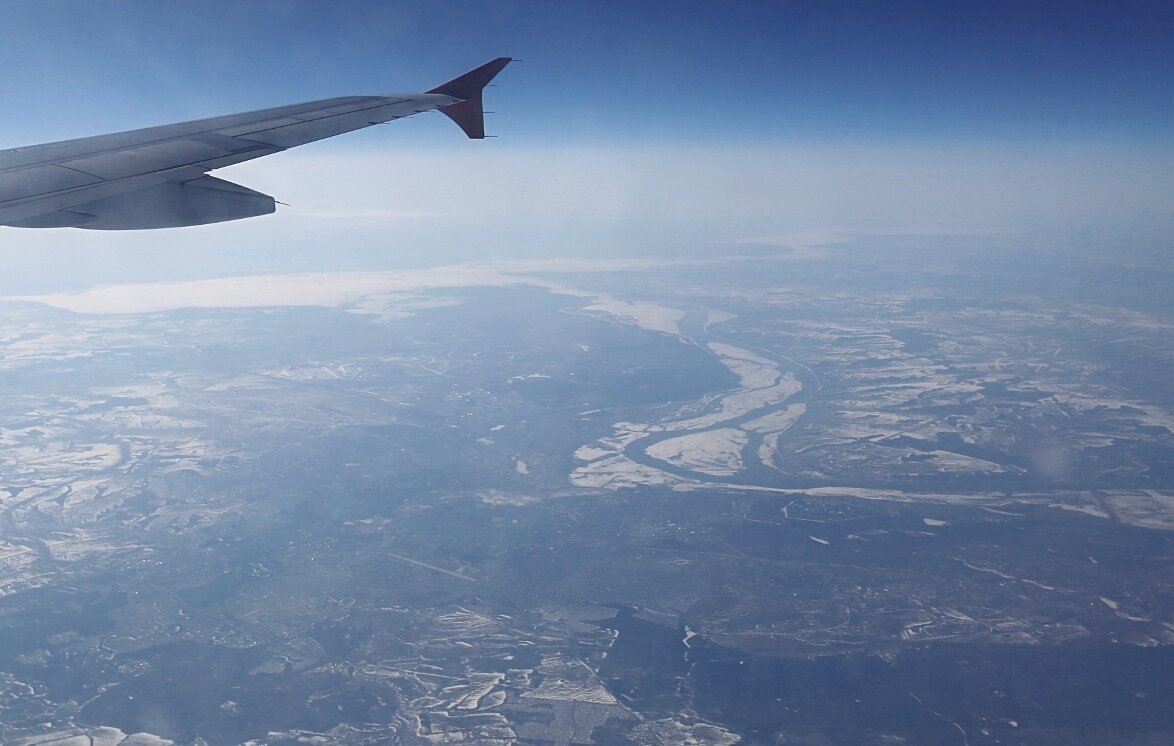 Georisunok-a dog running on its hind legs. On farmland, the snow comes down earlier. 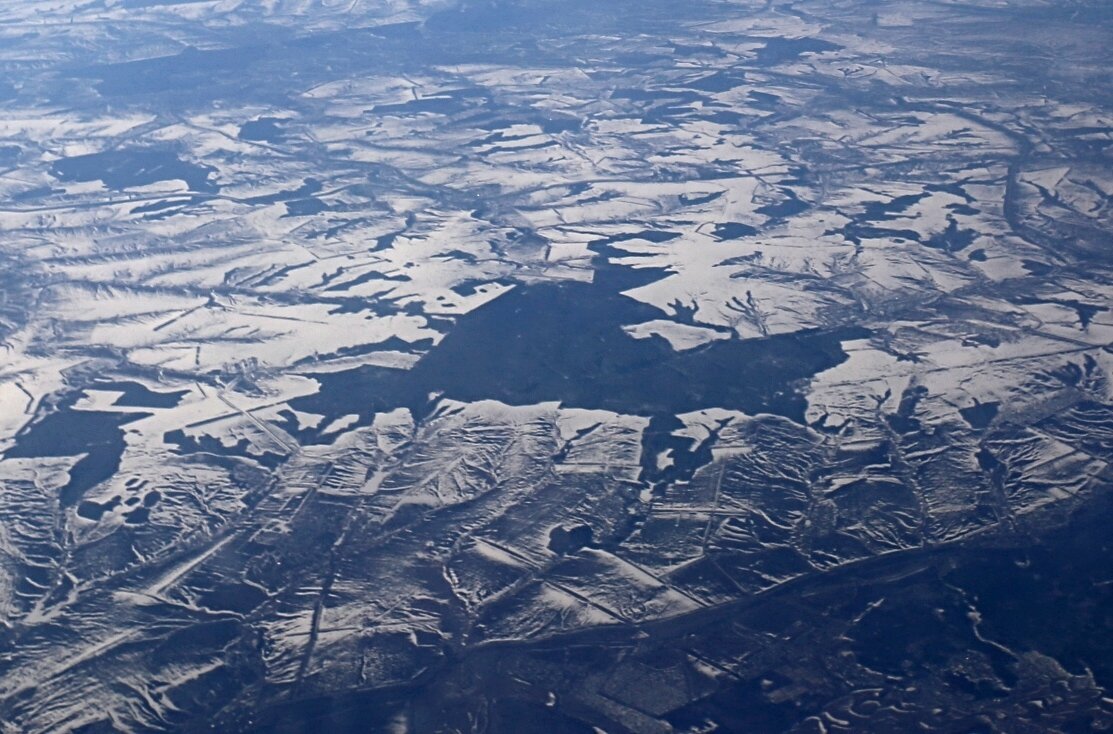 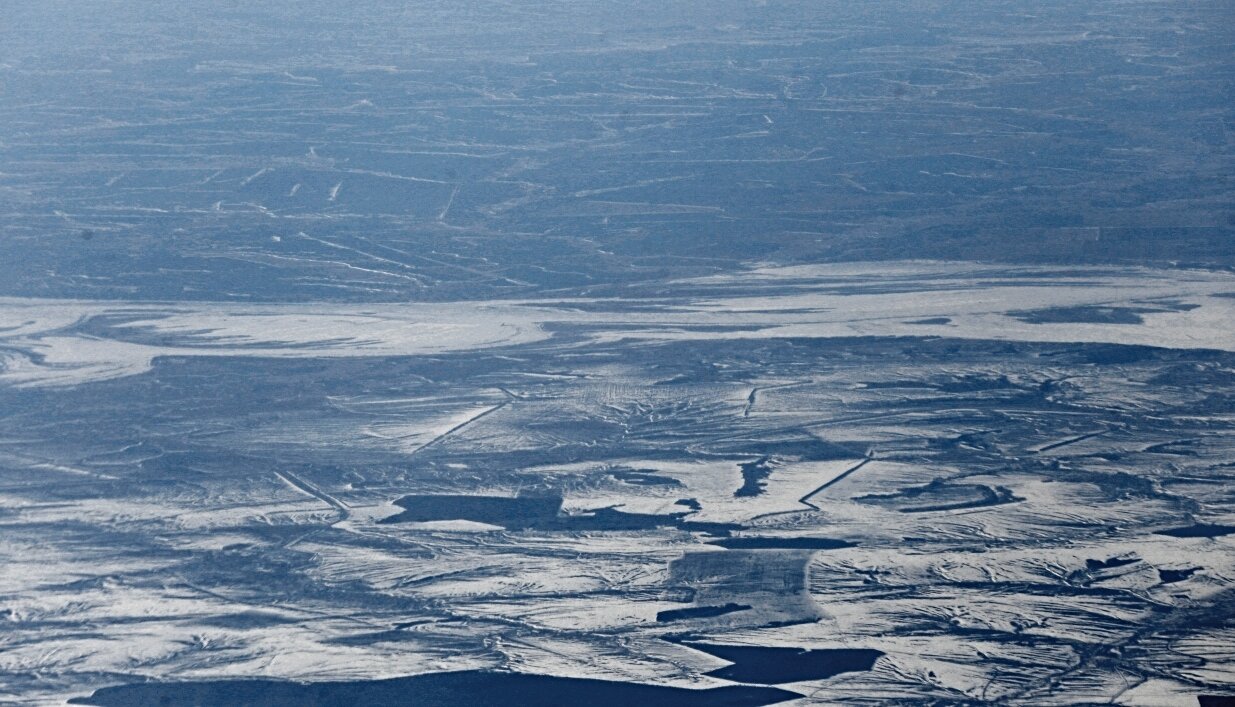 There is less clean water here. 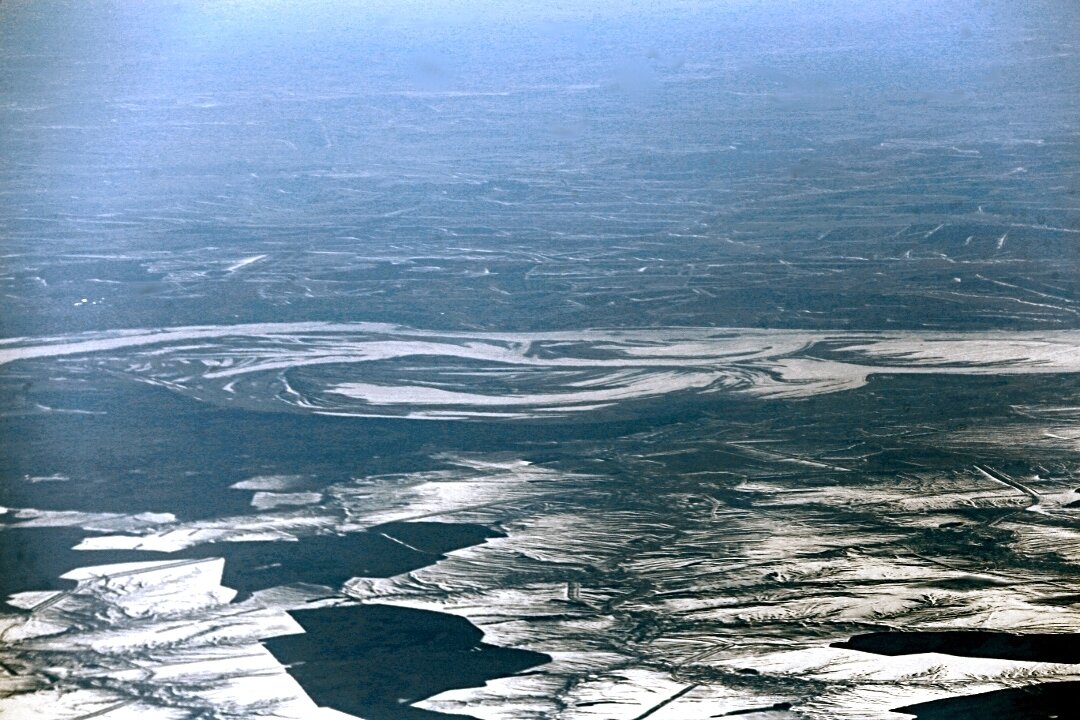 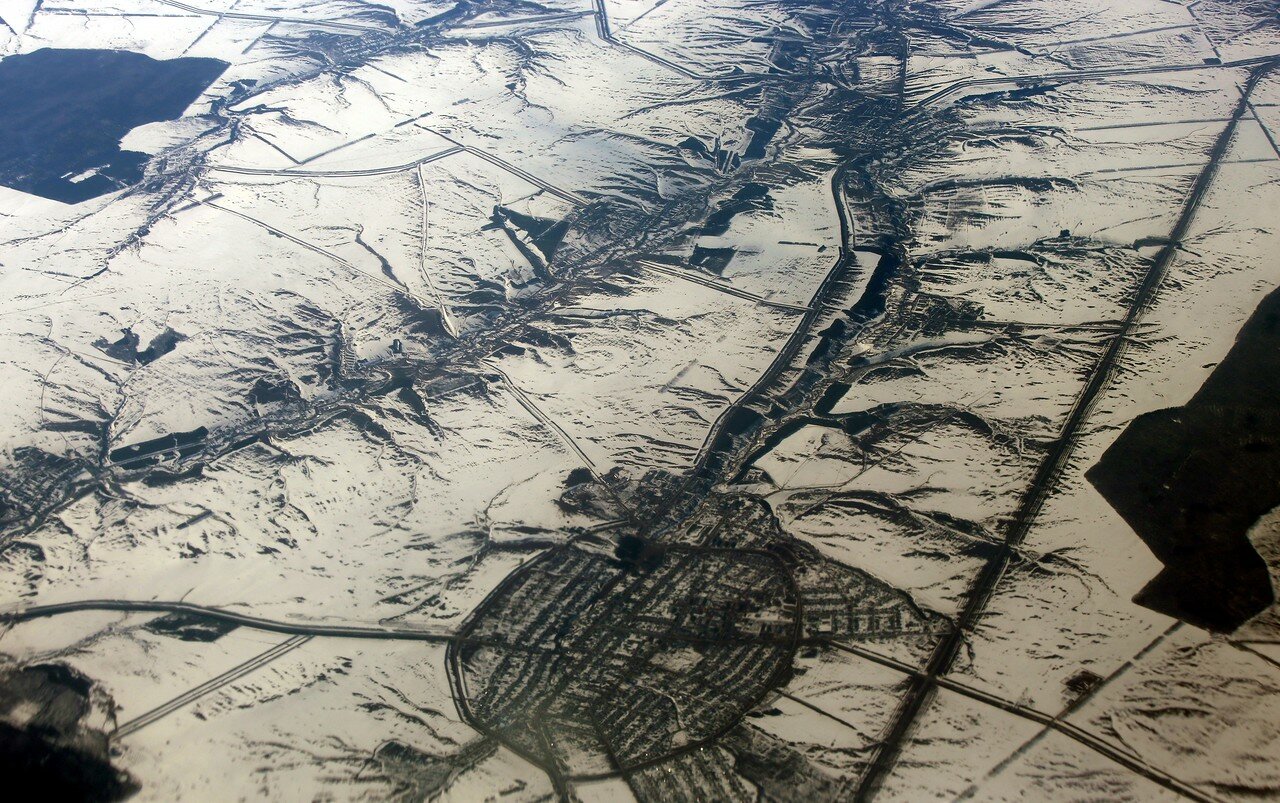 Vyatka in the Mamadysh district. 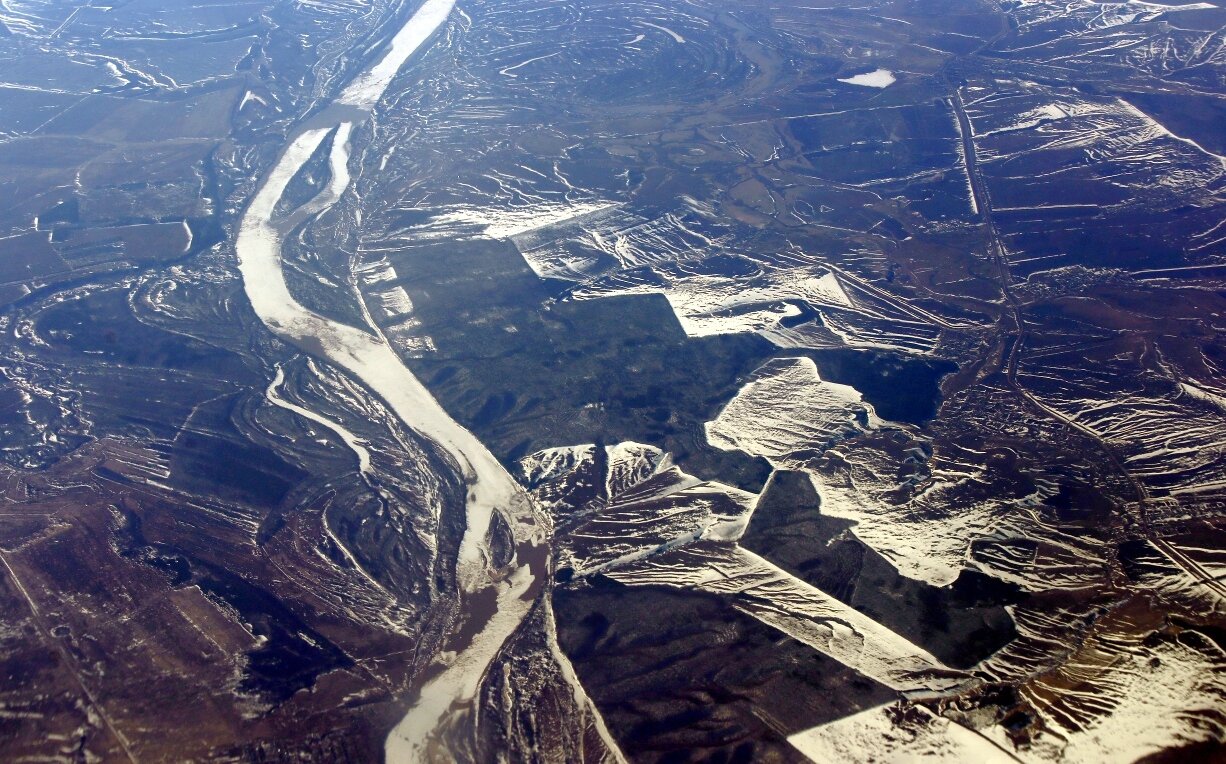 Lower course of the Vyatka river. 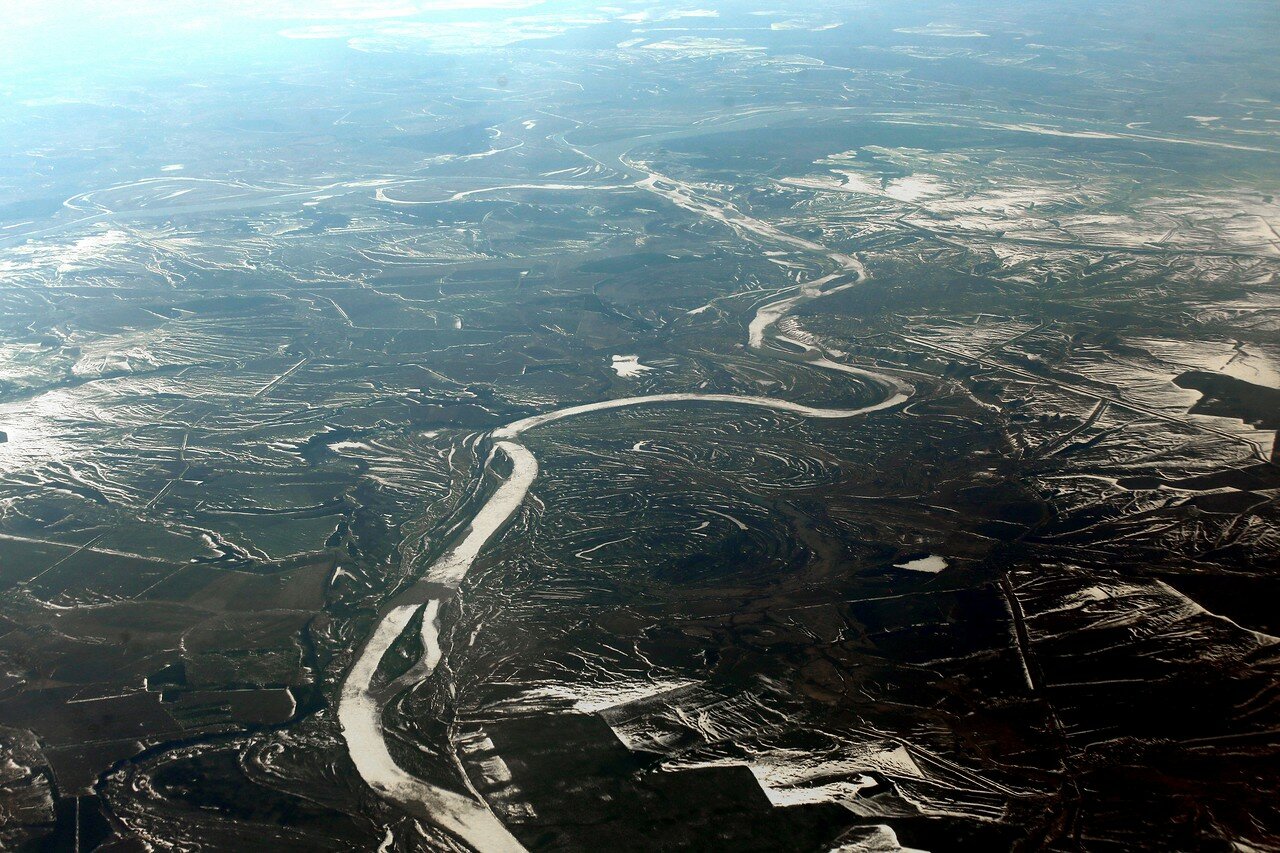 The mouth of the Vyatka, the top of the island Sokolsky. 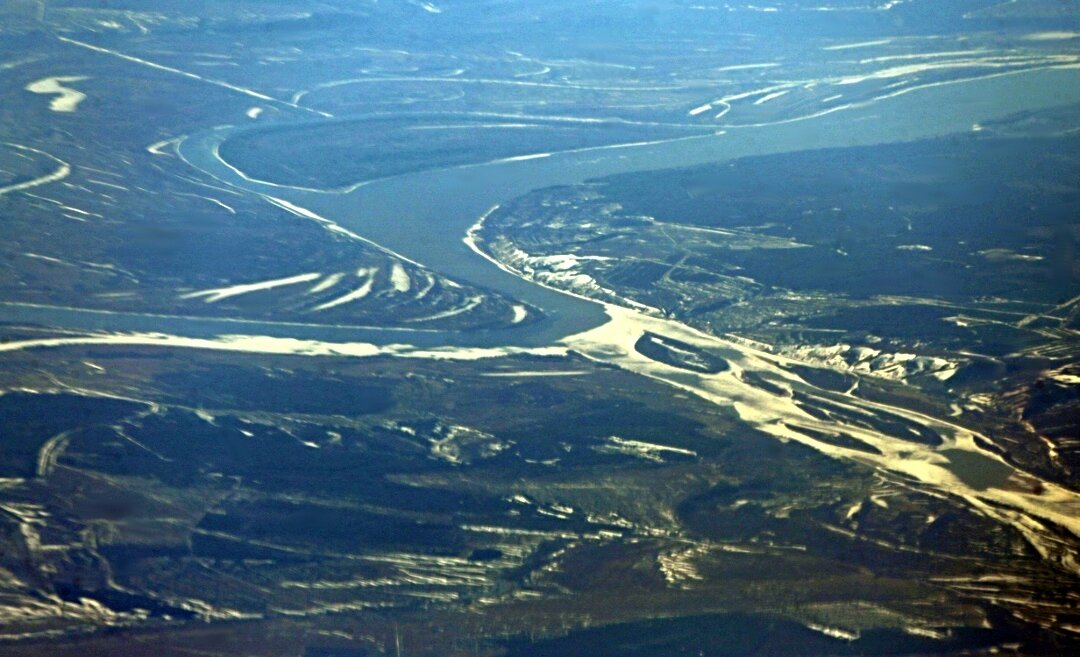 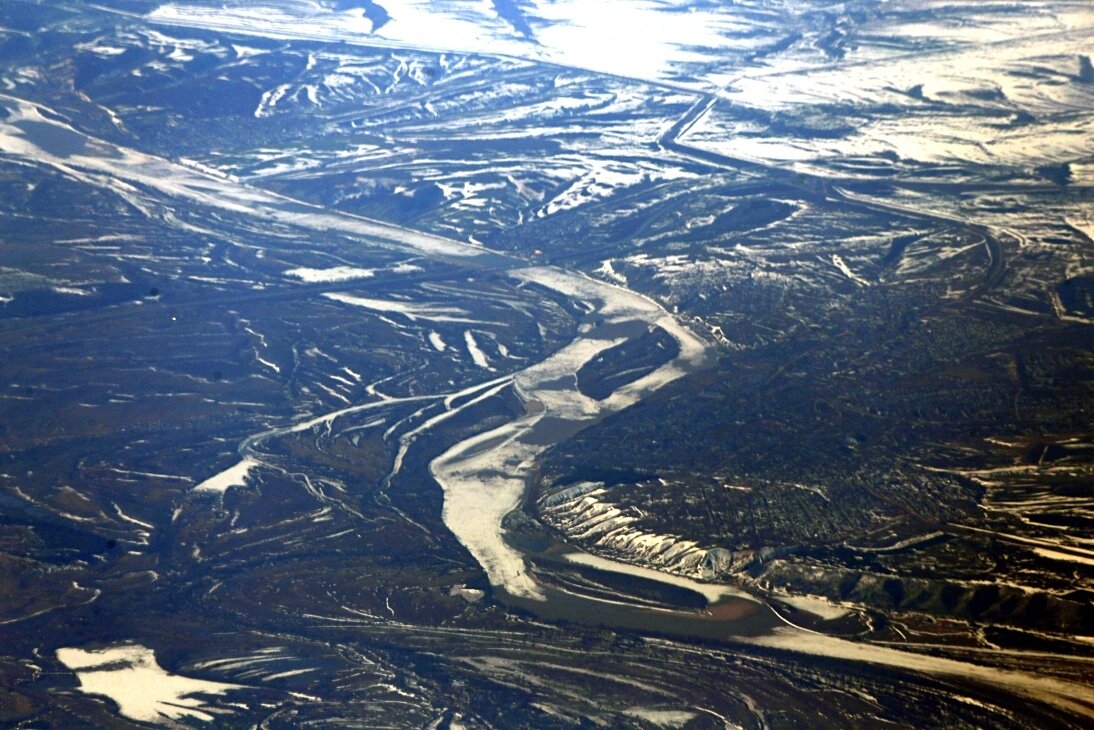 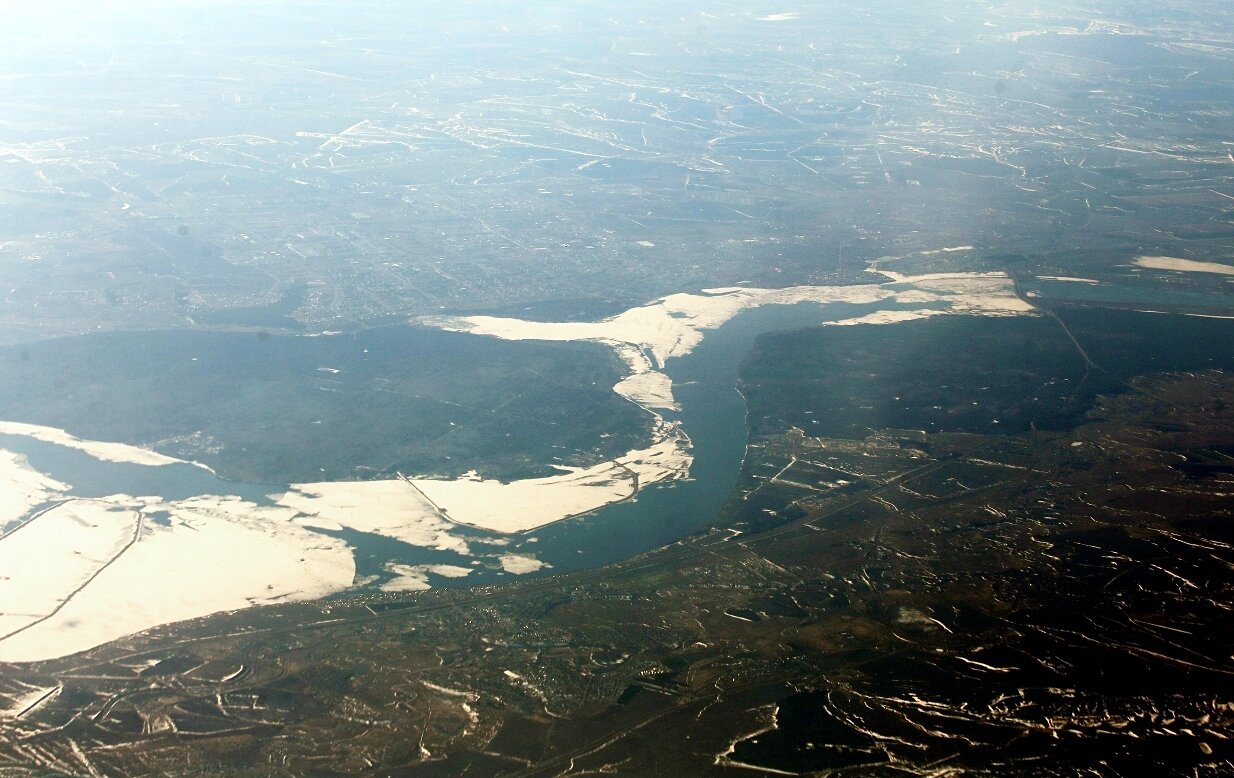 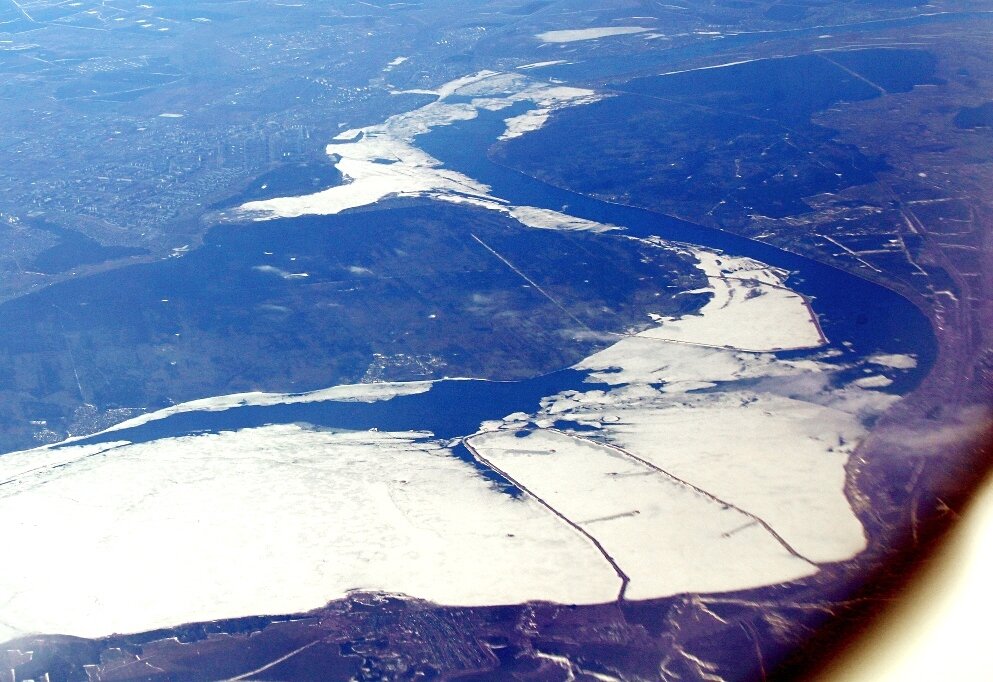 The cloud cover border is cut off almost along the line. 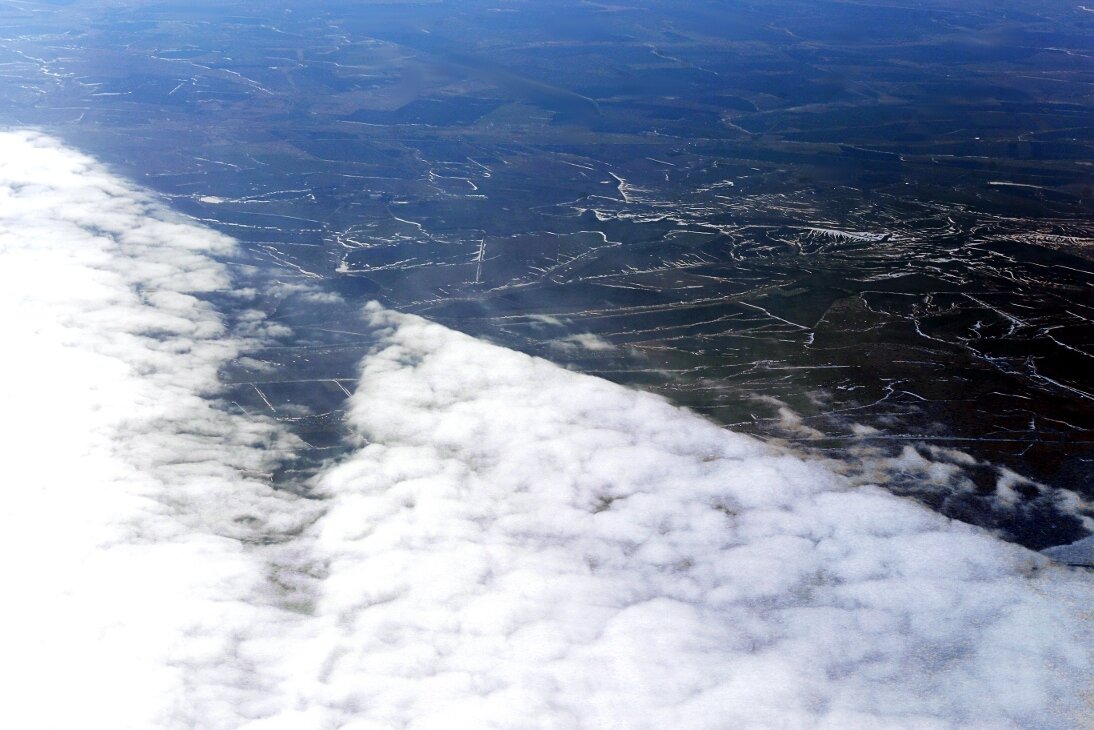 Upper reaches of the Nizhnekamsk reservoir. 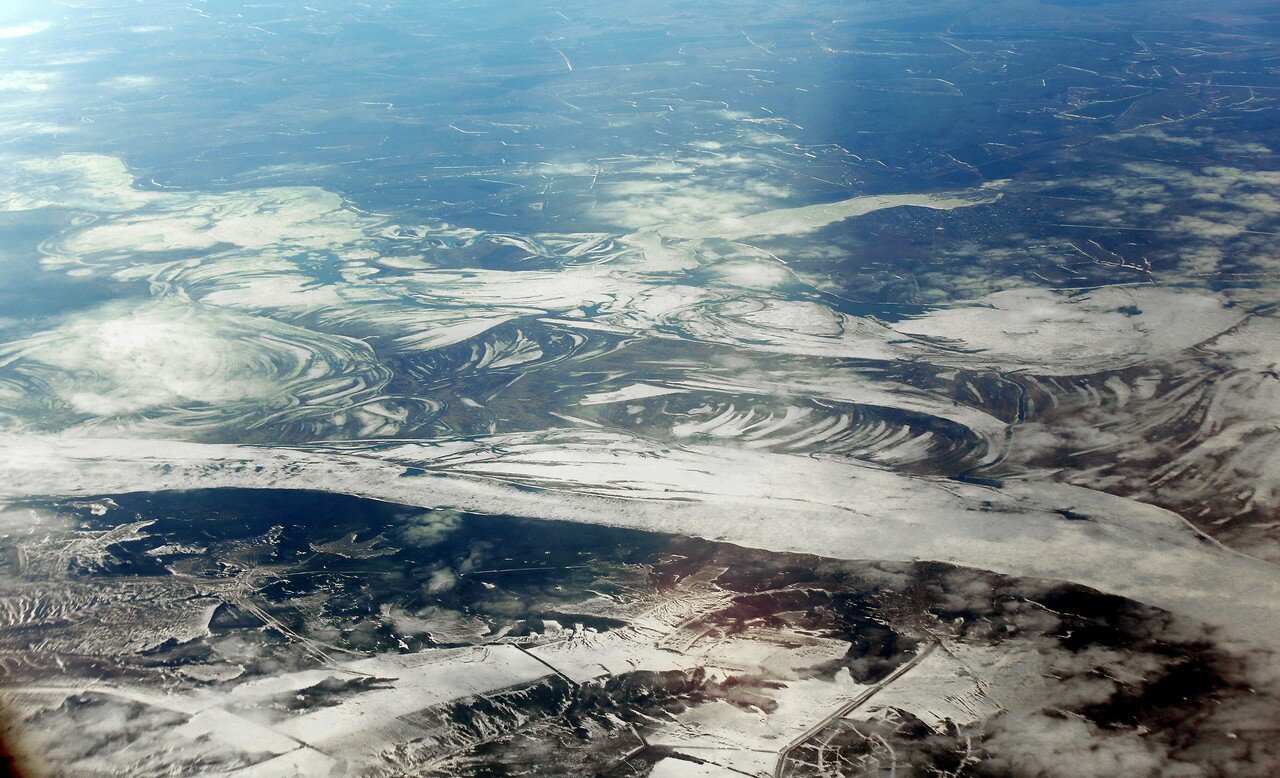 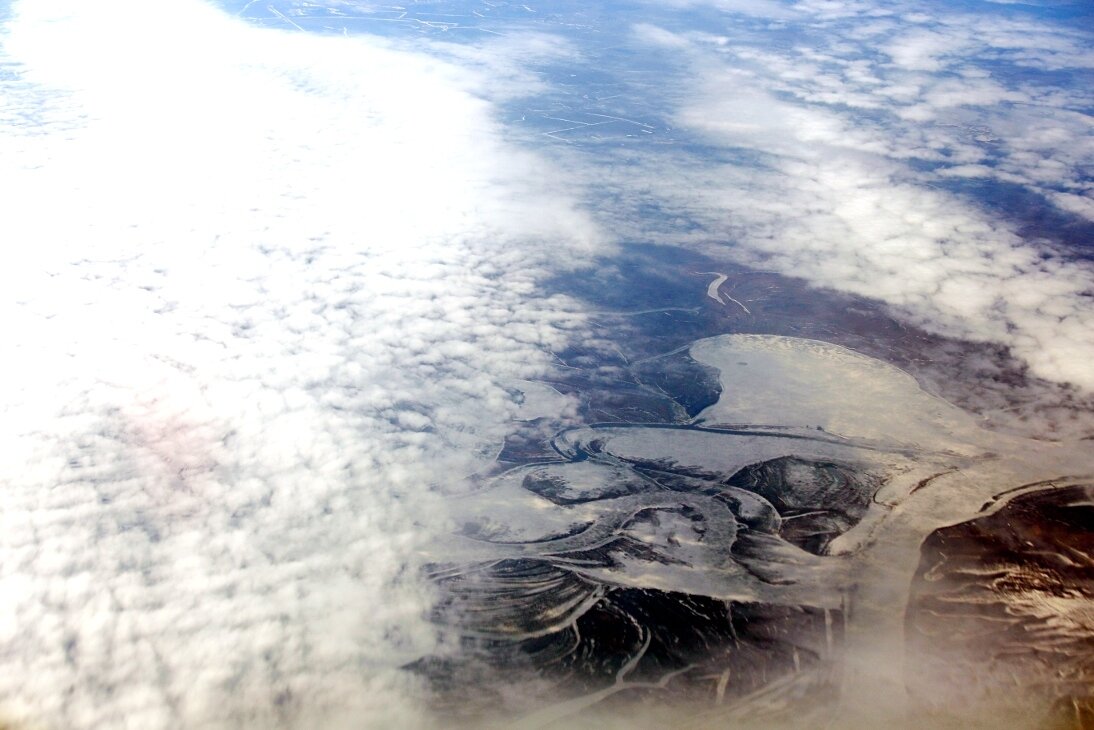 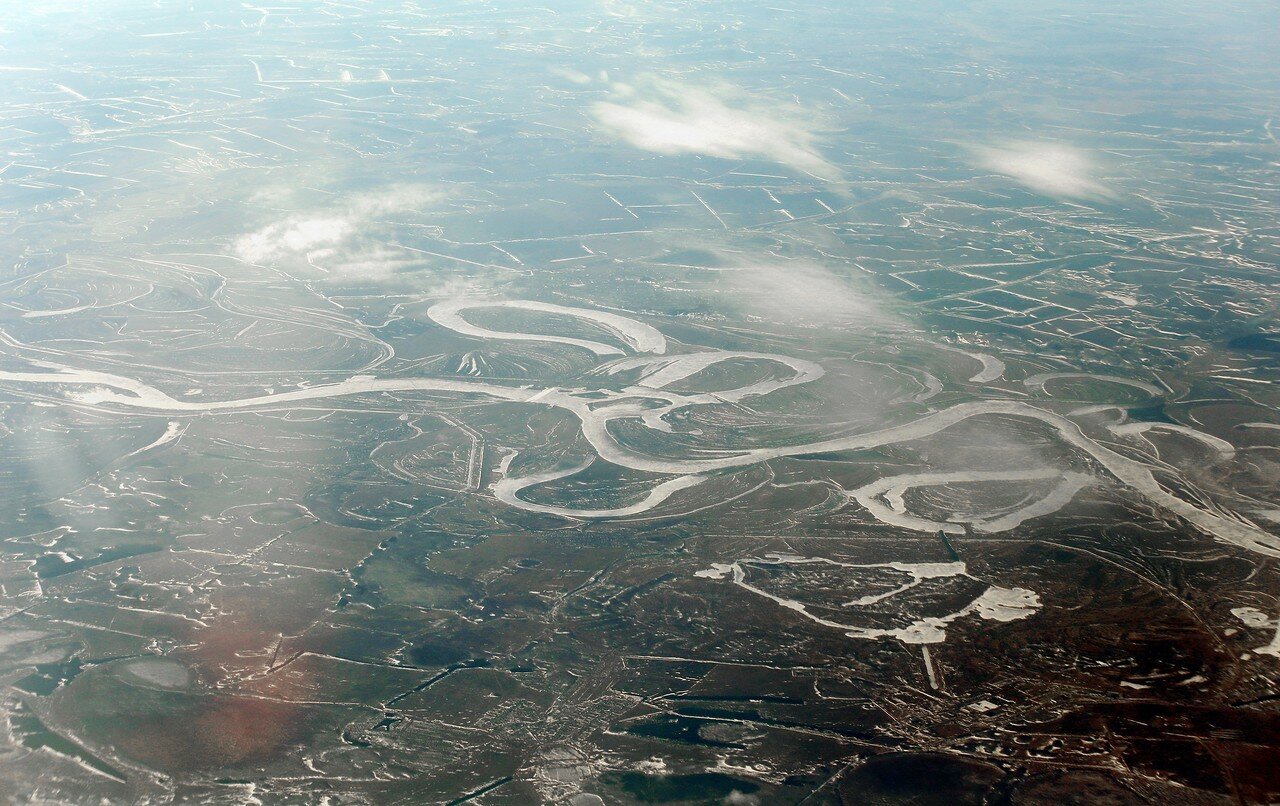 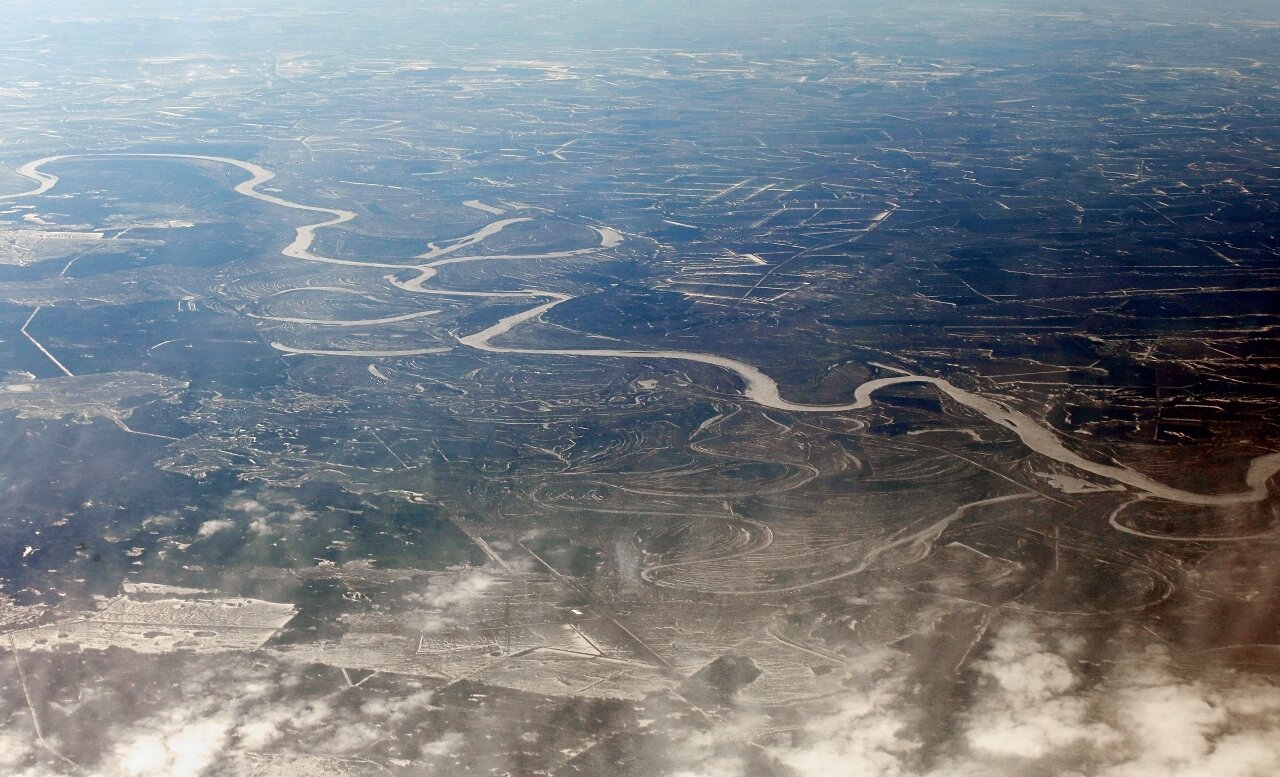