I take pictures of flying aircraft and airport apron, I turned its photoalto, and turned on the netbook, but my attention was drawn to the group passengers, which is unlikely to see in our distant lands. 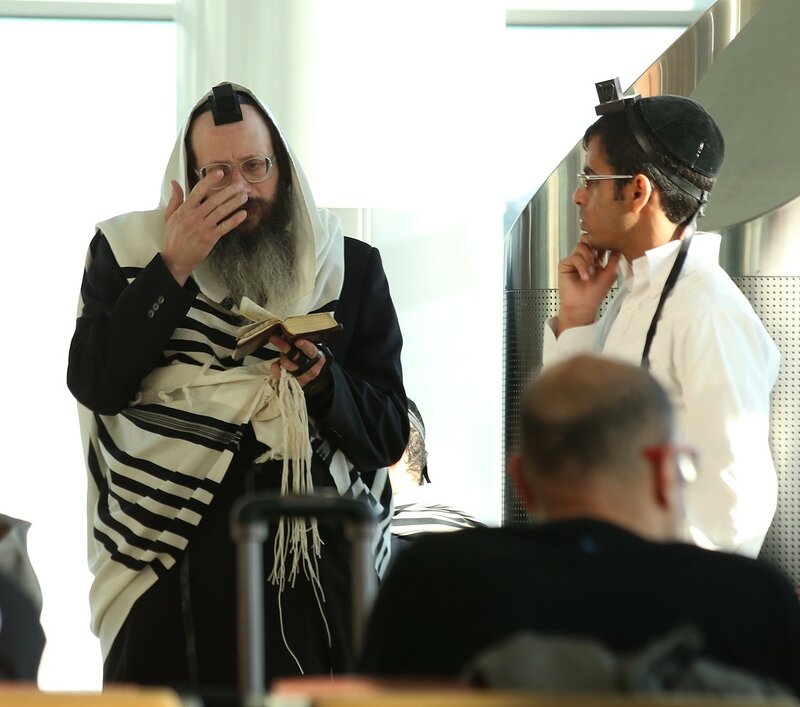 The company was so colorful that I, having attached a TV set, gathered the audacity to quietly take pictures of them. 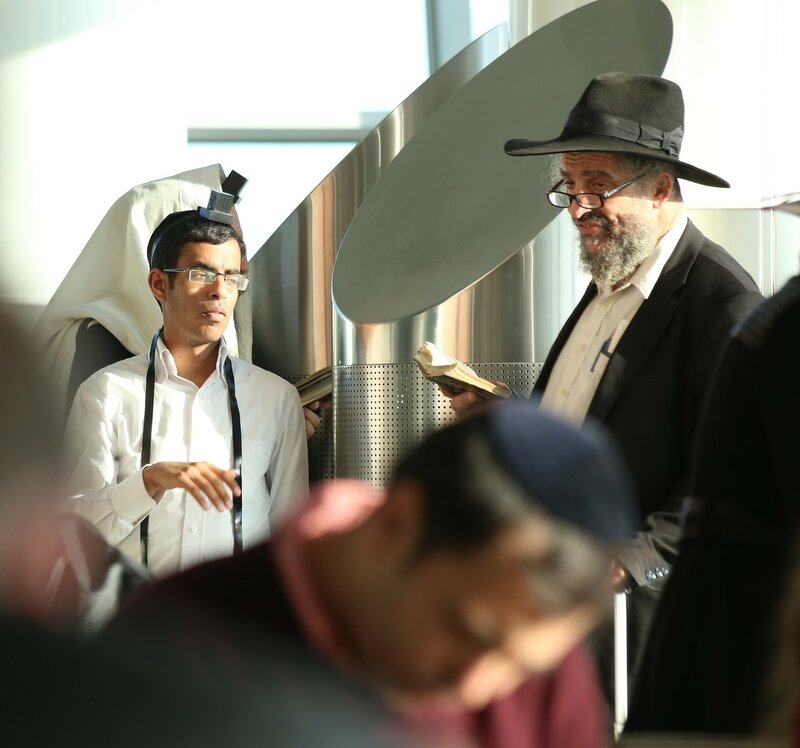 As if the hour of prayer had come, they all took small books out of their pockets and began to read. 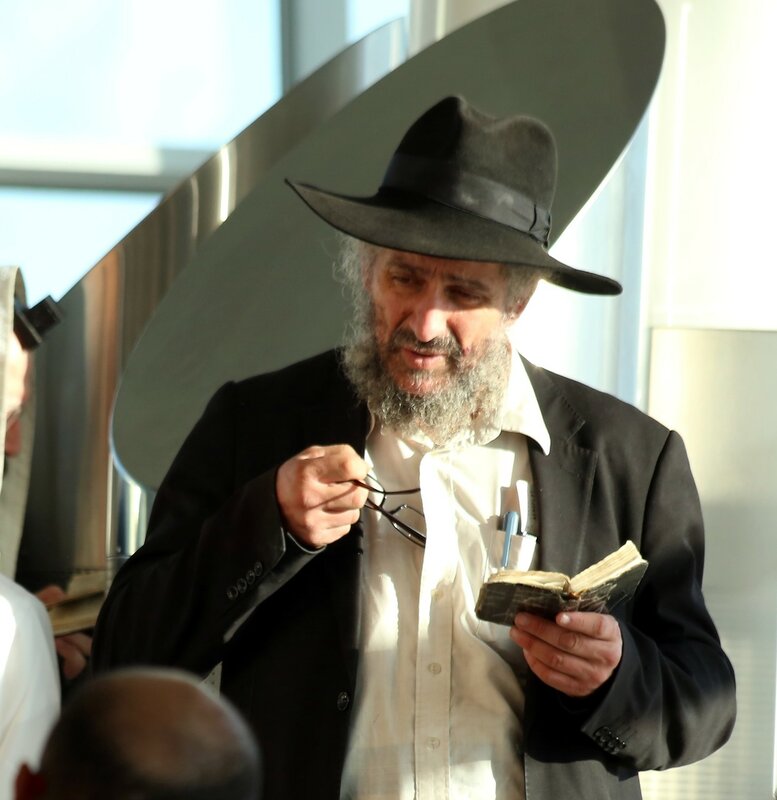 Tiflin - a small leather box on a strap, which stores parchments with quotations from the Torah.. 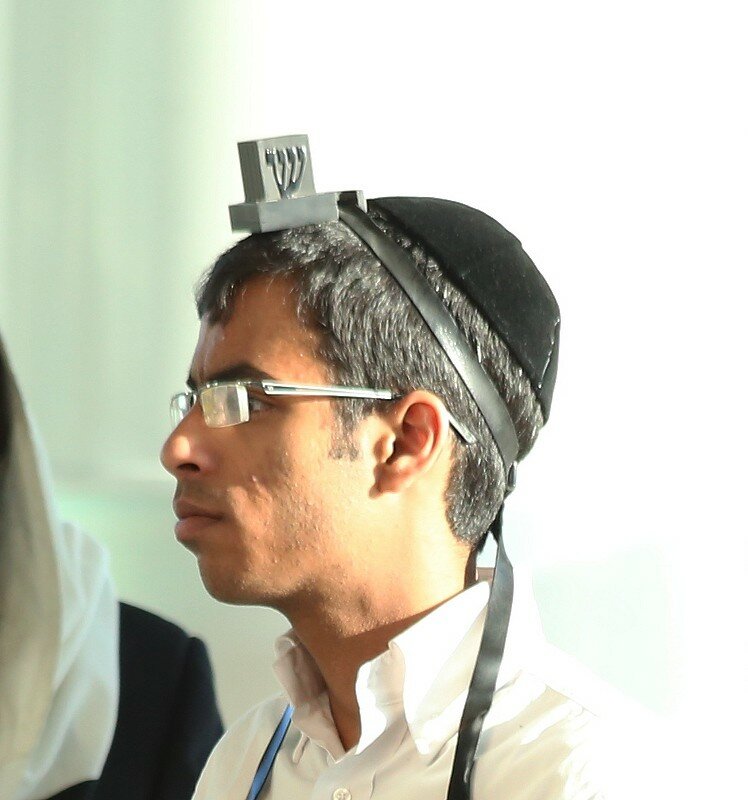 Tiflin performs the function of an amulet, it is put on during prayer time. In theory, there should be two boxes - one is attached with a strap to his head, and the other on his bare left arm, but I didn't see any of them I noticed it. 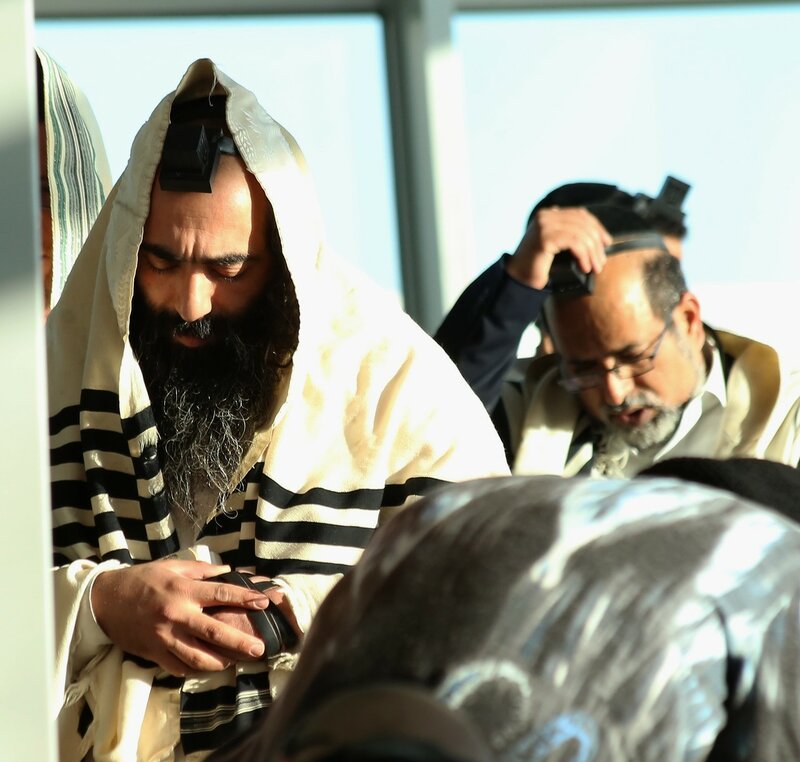 The main Jewish prayer is "Amidah" (emphasis on the last letter), which means "standing" in Hebrew. As you might guess, prayer is supposed to read standing, Second name "Chaumont esrei" (eighteen), the number of blessings, present in early variants. Over time, the praises became more numerous, but the original name remains. Amidu is supposed to be read three times a day, standing facing toward Jerusalem. 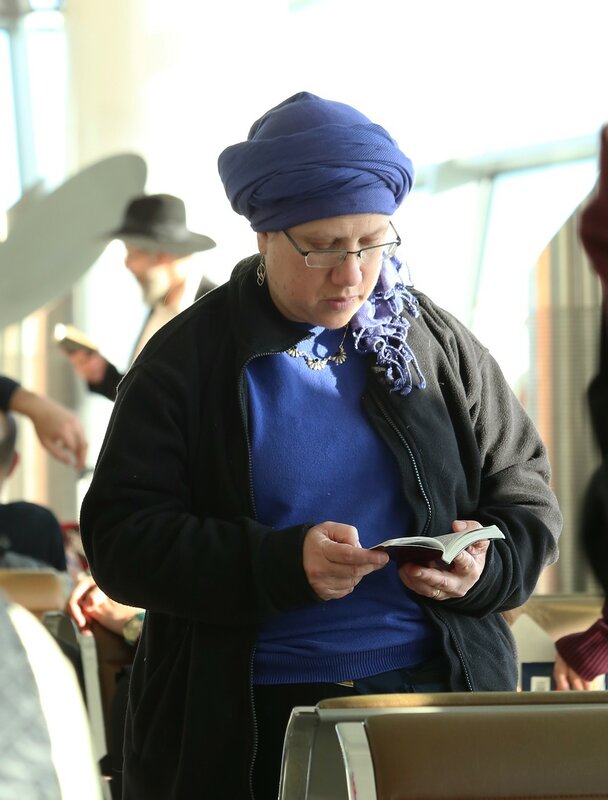 Another feature is to focus on the text and there is no way to distract from reading, no matter what happens around. The exception is situations where a real threat is created life. At the beginning of the first and last blessing, prostrations are performed, with flexion of the knees, but it is also allowed to simply tilt the head. 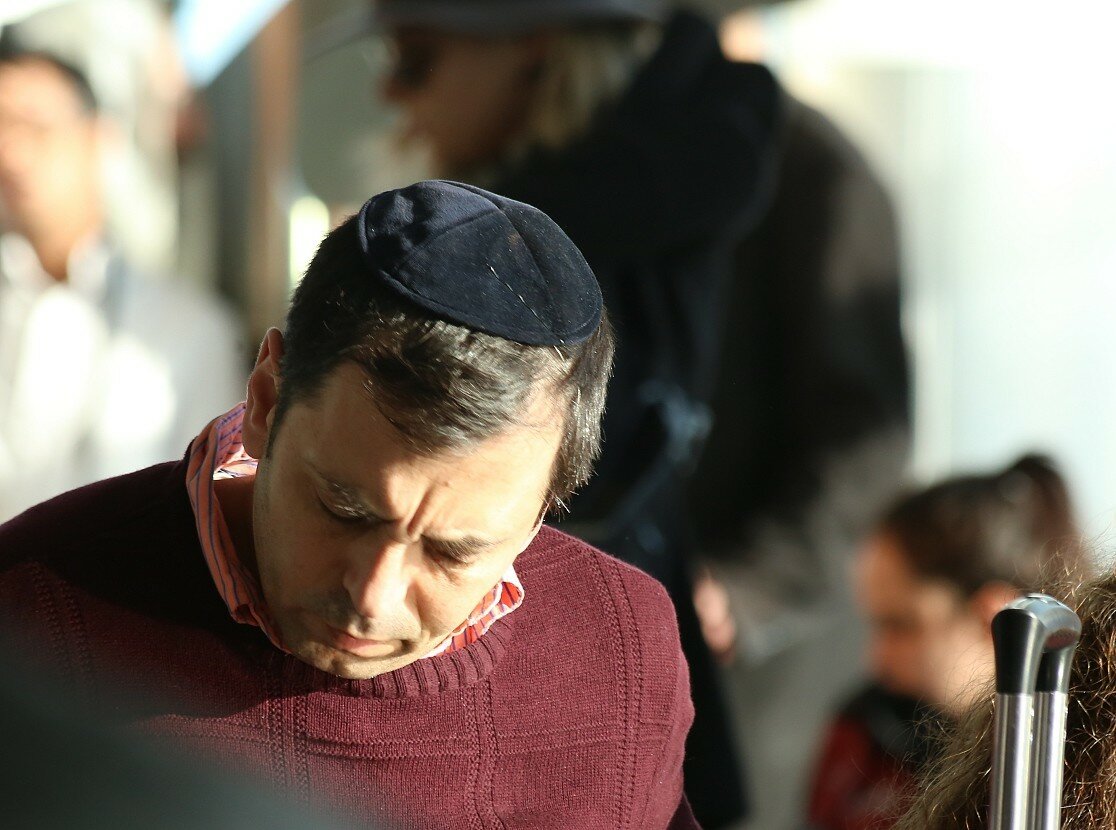