There are few passengers at El Parte airport, the end of may, and the tourist season is just beginning. 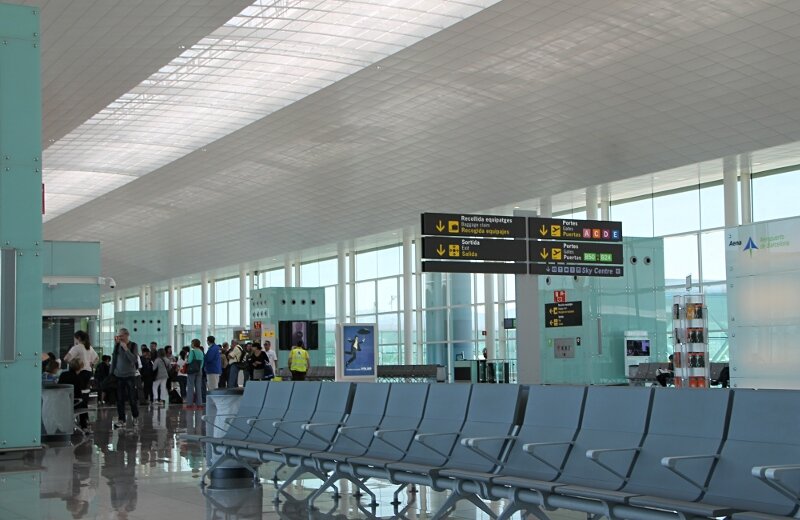 Barcelona airport is the second busiest airport in Spain, second only to Barajas in Madrid. 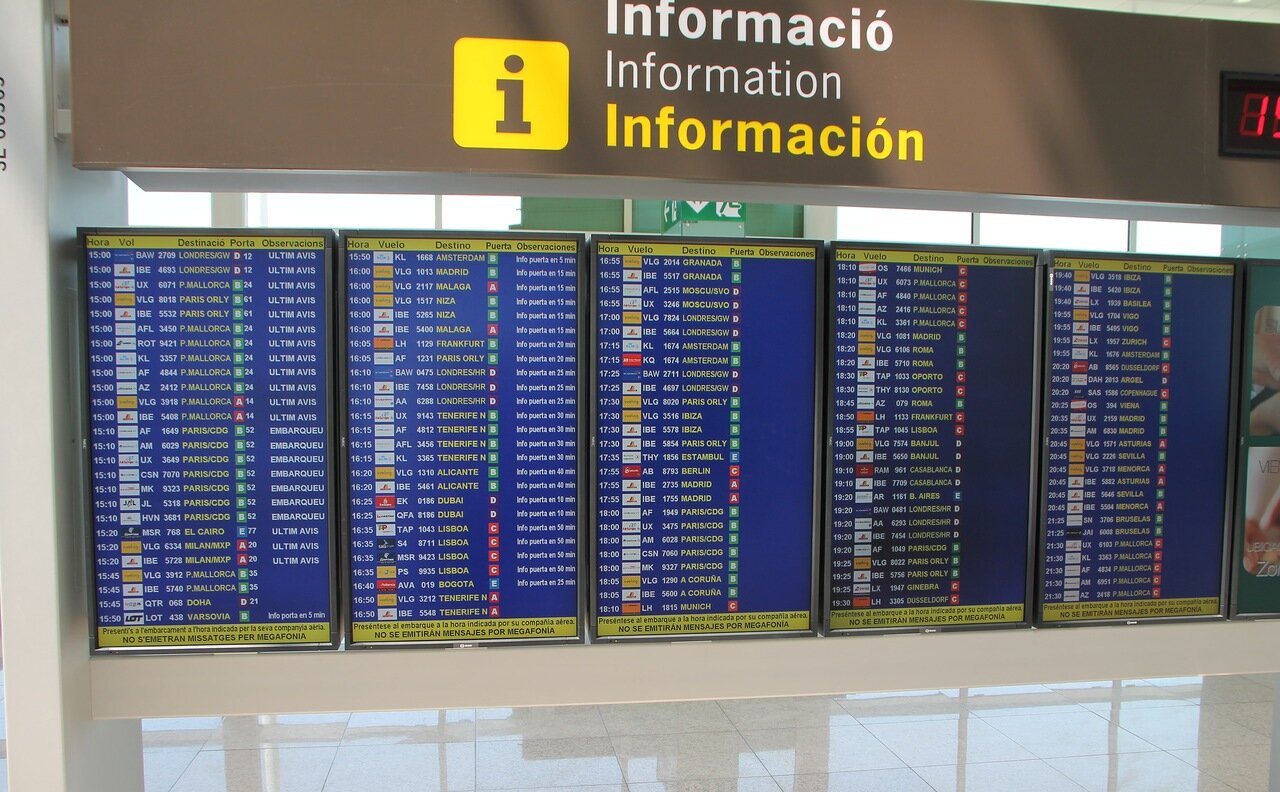 In 2009, the airport received a modern terminal T1, from which most domestic and international flights are made departures. Old building, T2 terminal serves local lines and low-cost airlines. 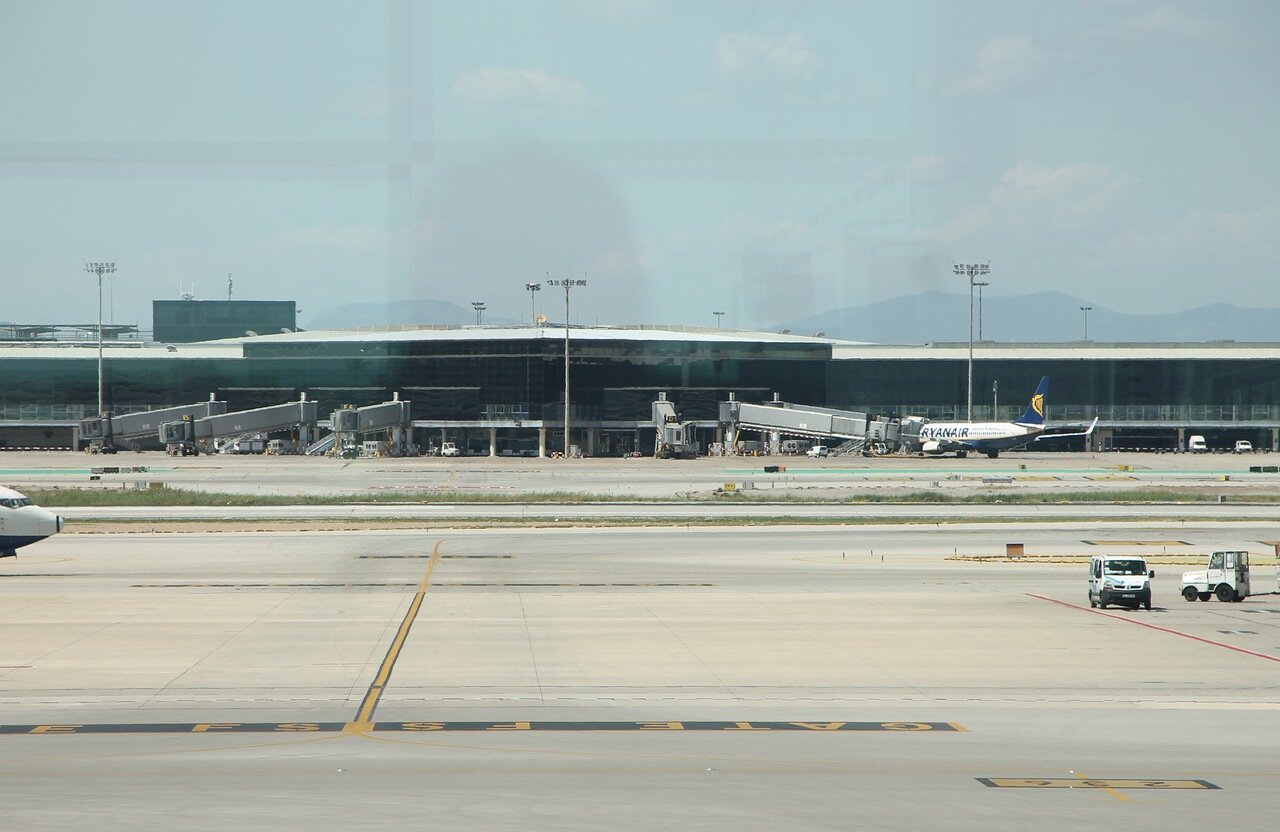 The main runway is located just between the terminals, allowing you to observe takeoffs and landings. 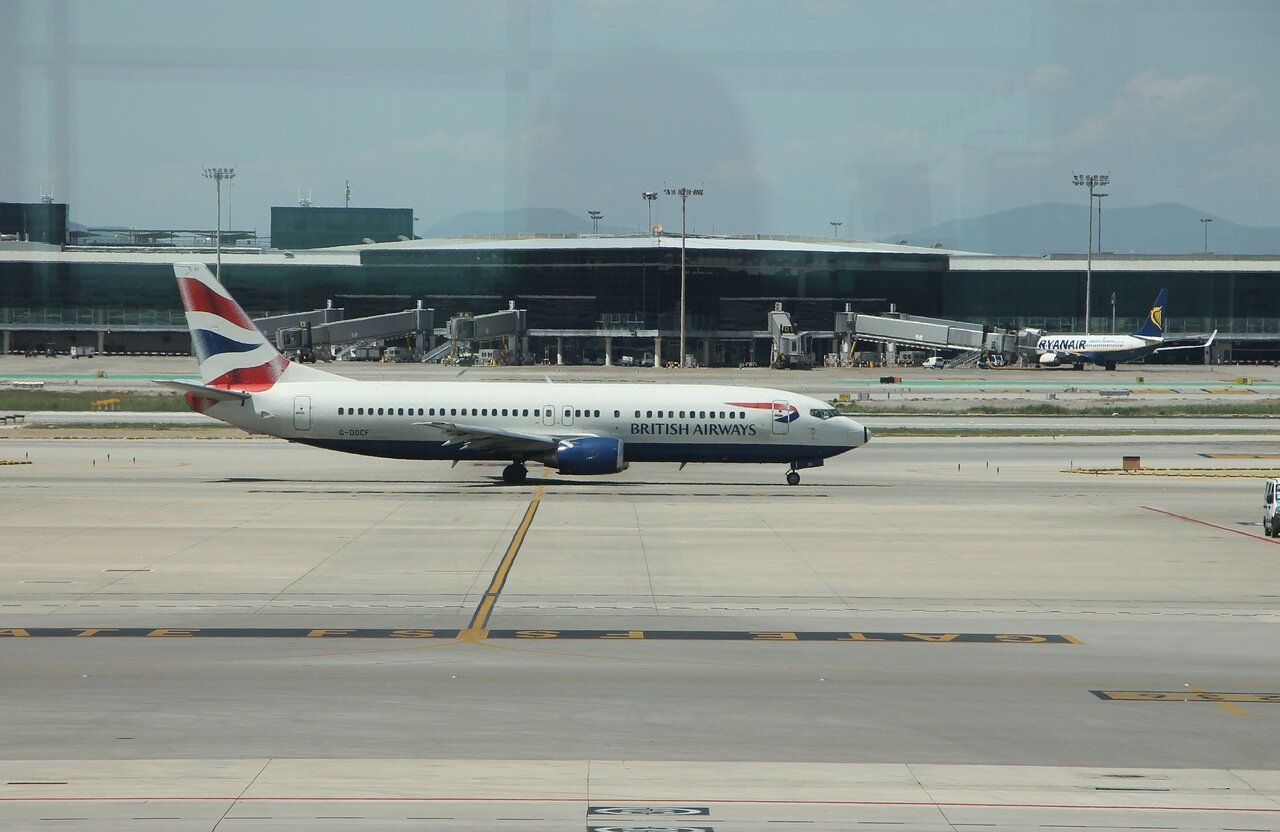 El Part airport is the base for the Spanish low-cost airline Vielting Airlines. 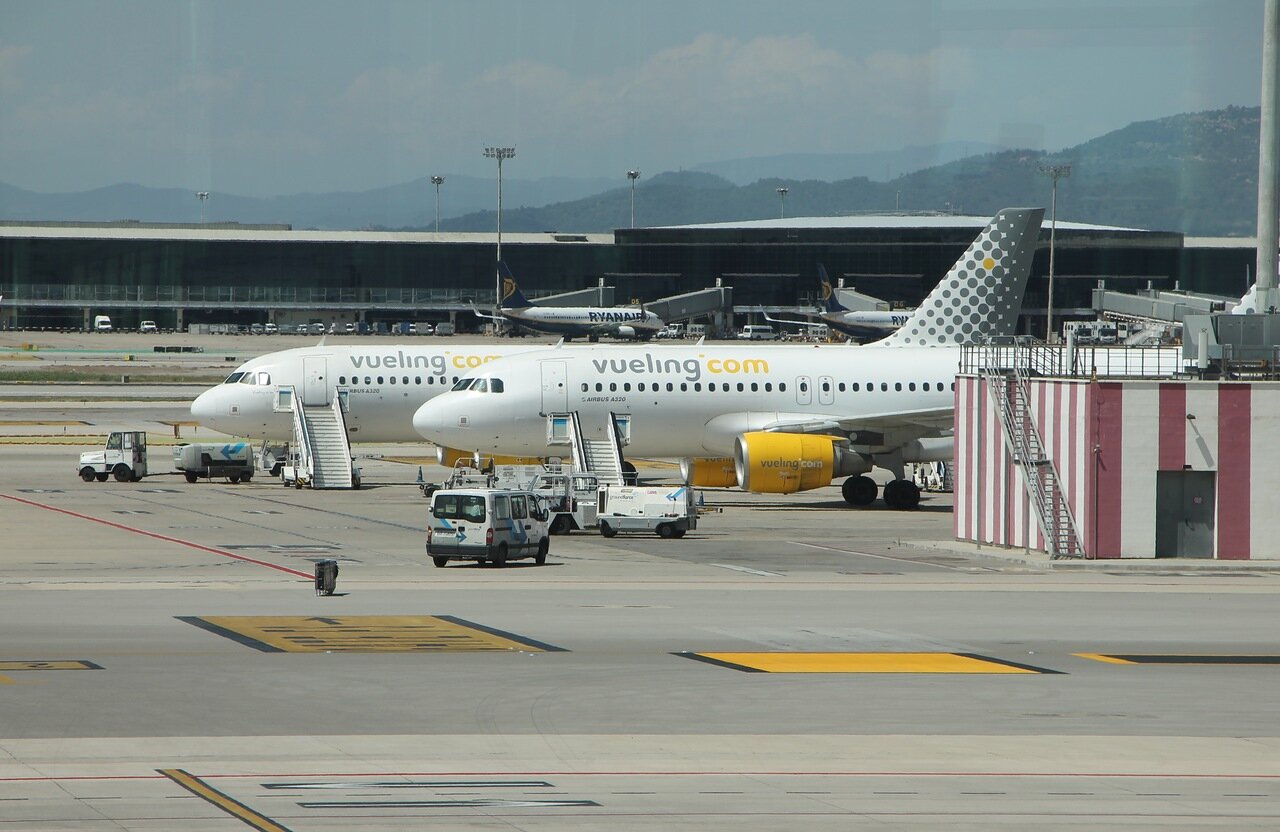 Boing 767 300ER El Al Israel Airlines. Looking at the service record of this airliner with the number 4X-EAM, I was surprised to find that Jews do not disdain used equipment. This aircraft built in 1998 managed to work in TWA and African Airlines, in 2003 it was bought by the Chinese national carrier, in 2009 it moved to hands of Ukrainian AeroSvit and only in 2012 got to the Promised Land...truly a biblical story. 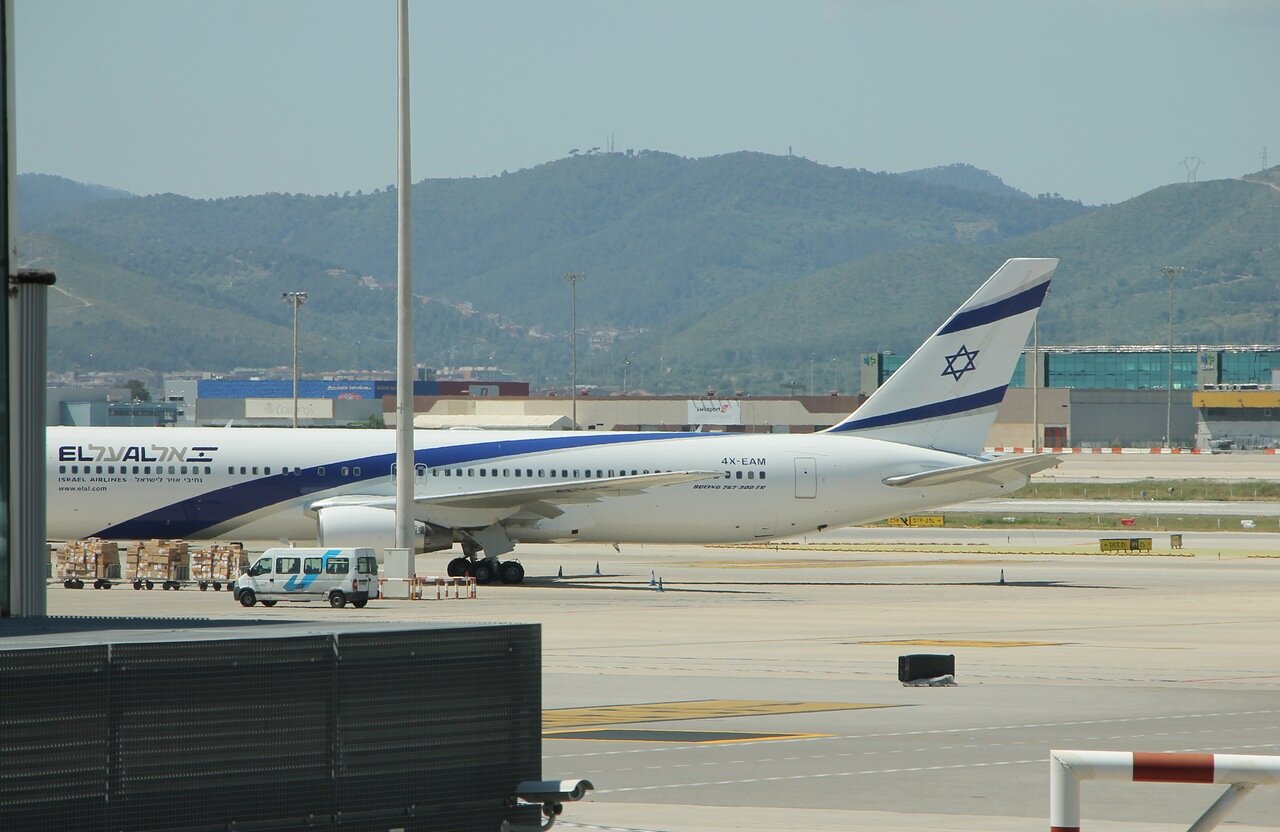 While there is still time, I am watching with interest the preflight service of air France's Airbus. 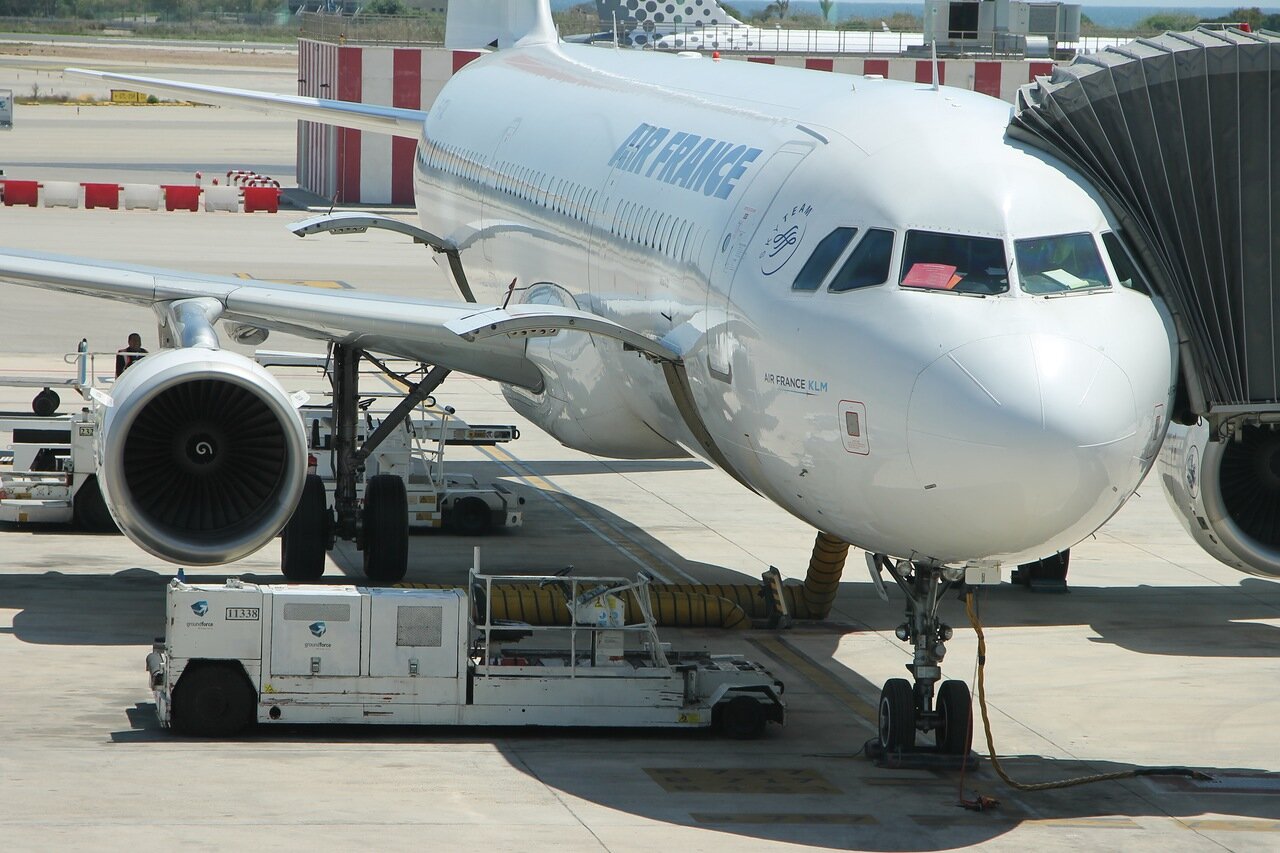 This is my first air trip in 15 years, and the first abroad, so I am a stranger to both aircraft and airfield equipment. 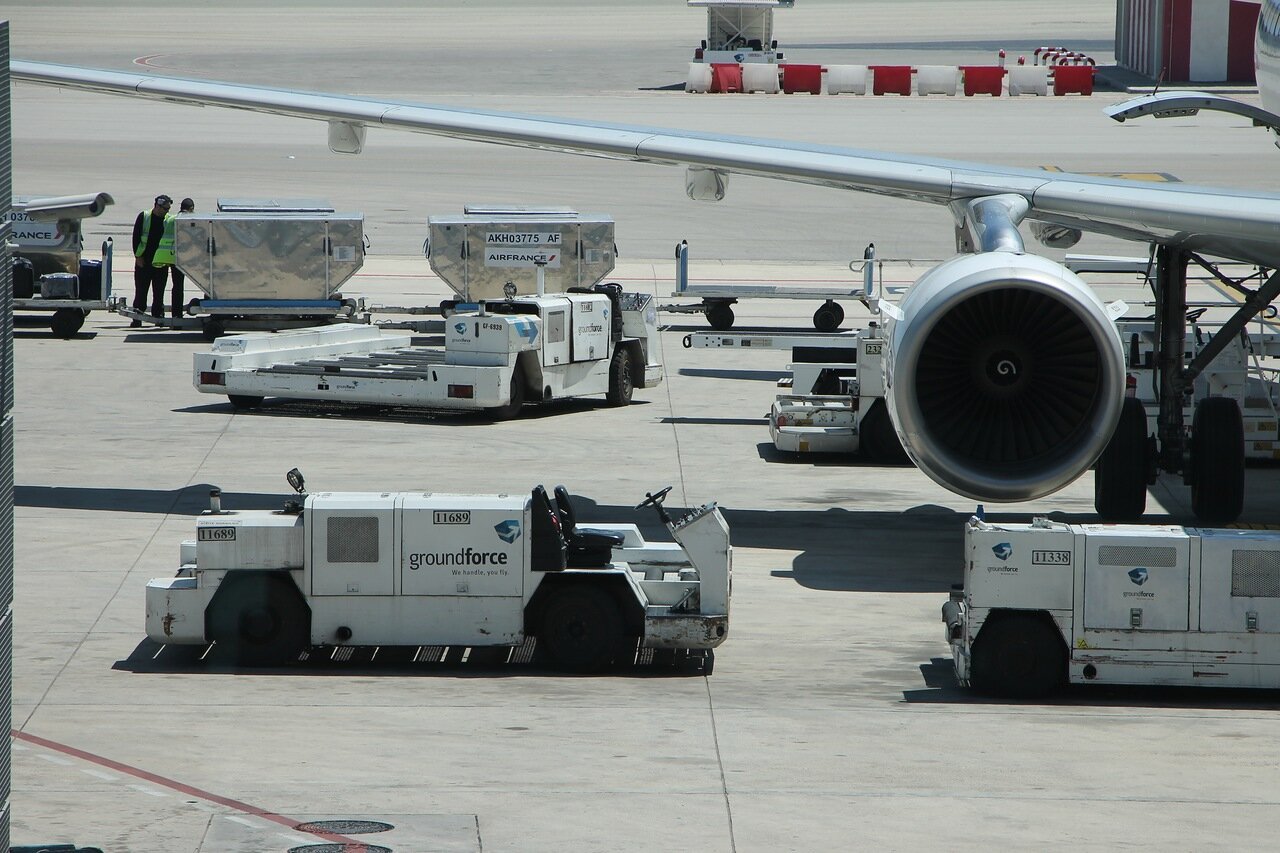 A hose is connected to the aircraft, along which air conditioning is supplied from the underground system. A very useful thing for the Spanish climate. I remembered how I spent two hours in the Il-86 in 30-degree heat. This was the first flight of a revolutionary wide-body aircraft for the USSR from Sverdlovsk to Moscow. The opening of the line of the line was arranged with great fanfare, but as soon as the plane started to start the engines, the lights went out, the fans turned off, and the cabin literally turned into a sauna in a few minutes. The flight attendants responded to the passengers ' requests to open the doors - "it is not allowed", and only when it became completely impossible to breathe, they deigned to open the doors, in the Il-86 they perform the function of emergency, since the landing was made from the ground on the folding ladders to the lower deck, where passengers left their suitcases and bags. Also, of course, a "genius" solution - to force passengers to drag their Luggage around the airfield. 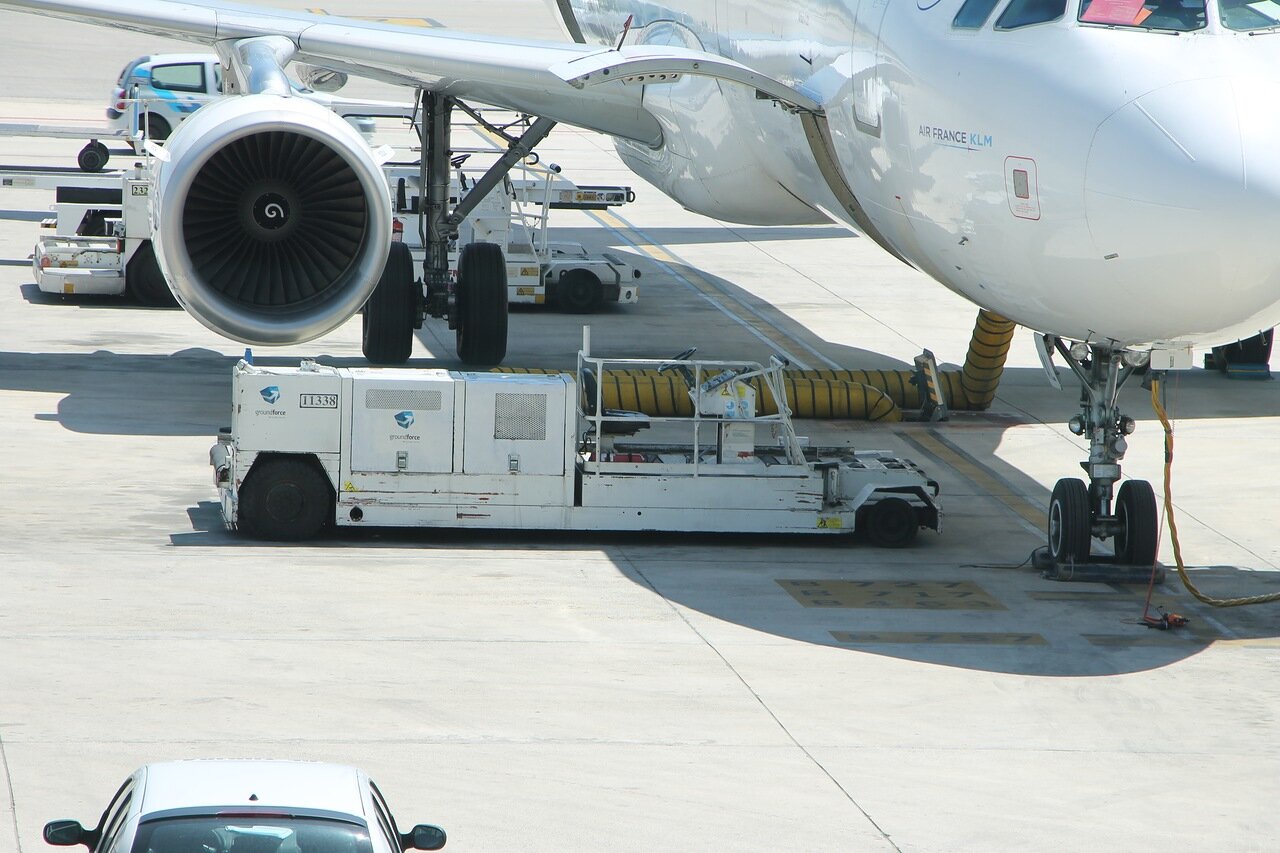 Finally, I saw the Lufthansa A321 that had just landed on the runway, and I would be flying it to Frankfurt. 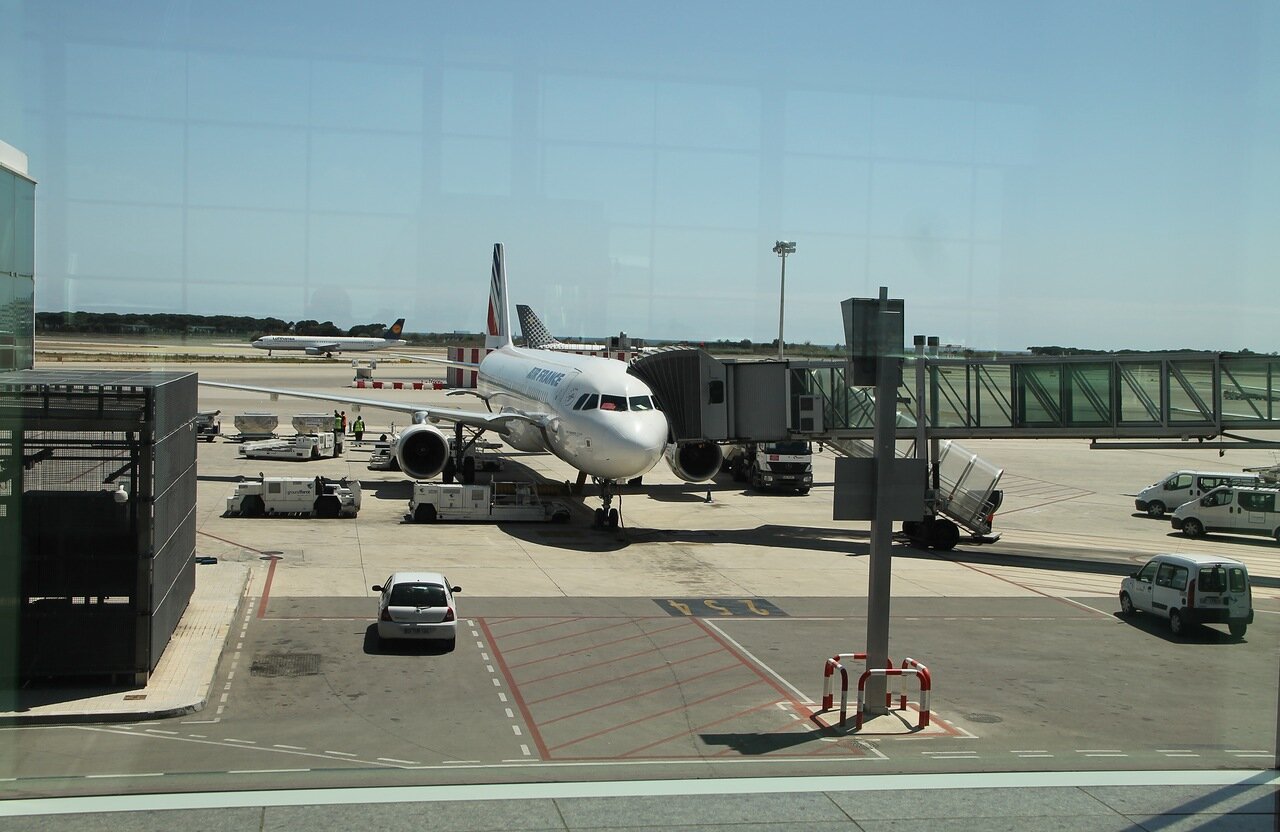