The CL-215 twin-engine heavy amphibious flying boat is the world's first aircraft designed specifically to fight wildfires, commissioned by the Canadian Forestry Department. Canadair began working on the concept of the aircraft in 1962, using the Catalina seaplane, popular since world war II, as a prototype. As a result of a lot of research work with modeling flight modes on a computer, numerous purges of models in the wind tunnel and working out the contours of the hull in the pool, the final design was shown as a mock-up at the Paris air show in 1965. The first flight took place on October 23, 1967, and production two years later. As a result of this careful approach, an aircraft with unique qualities that do not have close analogues to date has turned out. Production continued until 1990, but most of these airplanes are still in operation today. 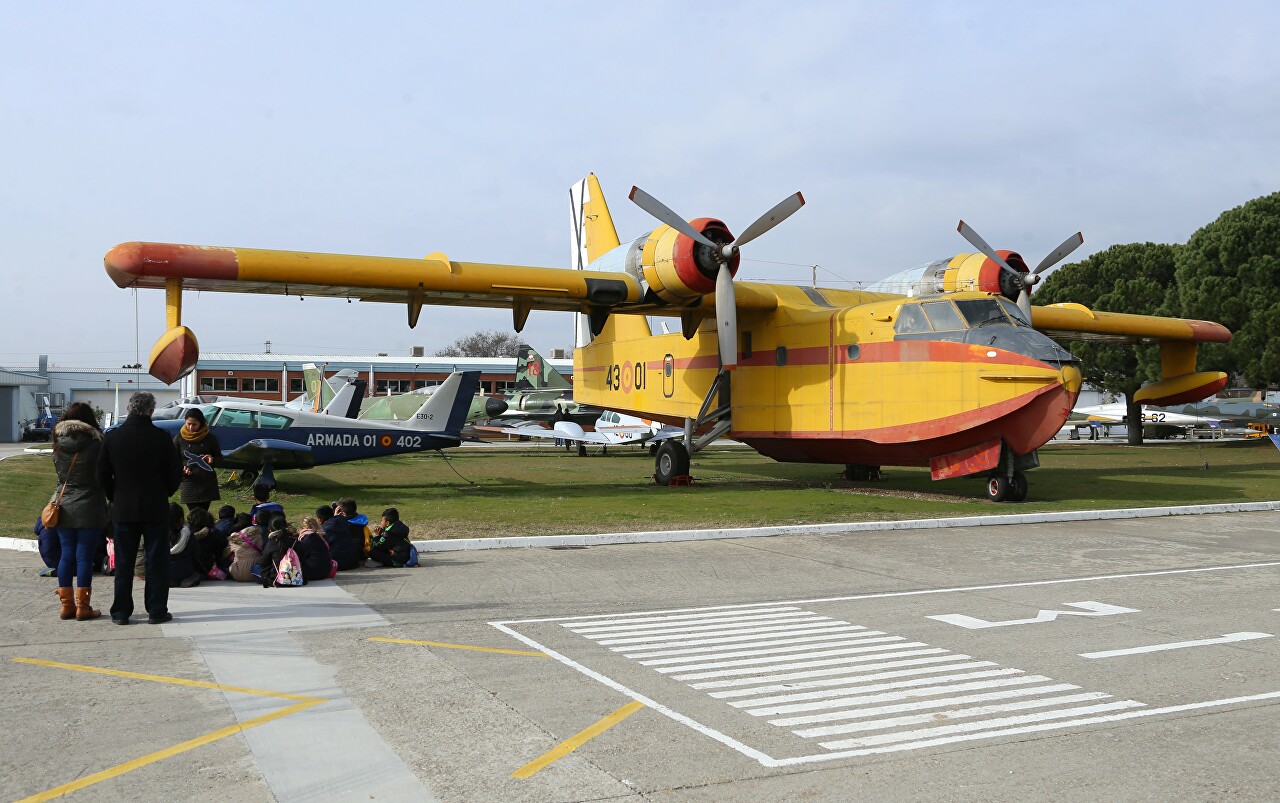 The main "weapon" is two water tanks with a volume of 2725 liters, and the aircraft can collect water in any suitable size of the reservoir, just sliding on its surface. Through special holes in the bottom, water under pressure fills the tanks in 12 seconds. Water is discharged to the fire site through wide doors, emptying the tanks almost instantly. 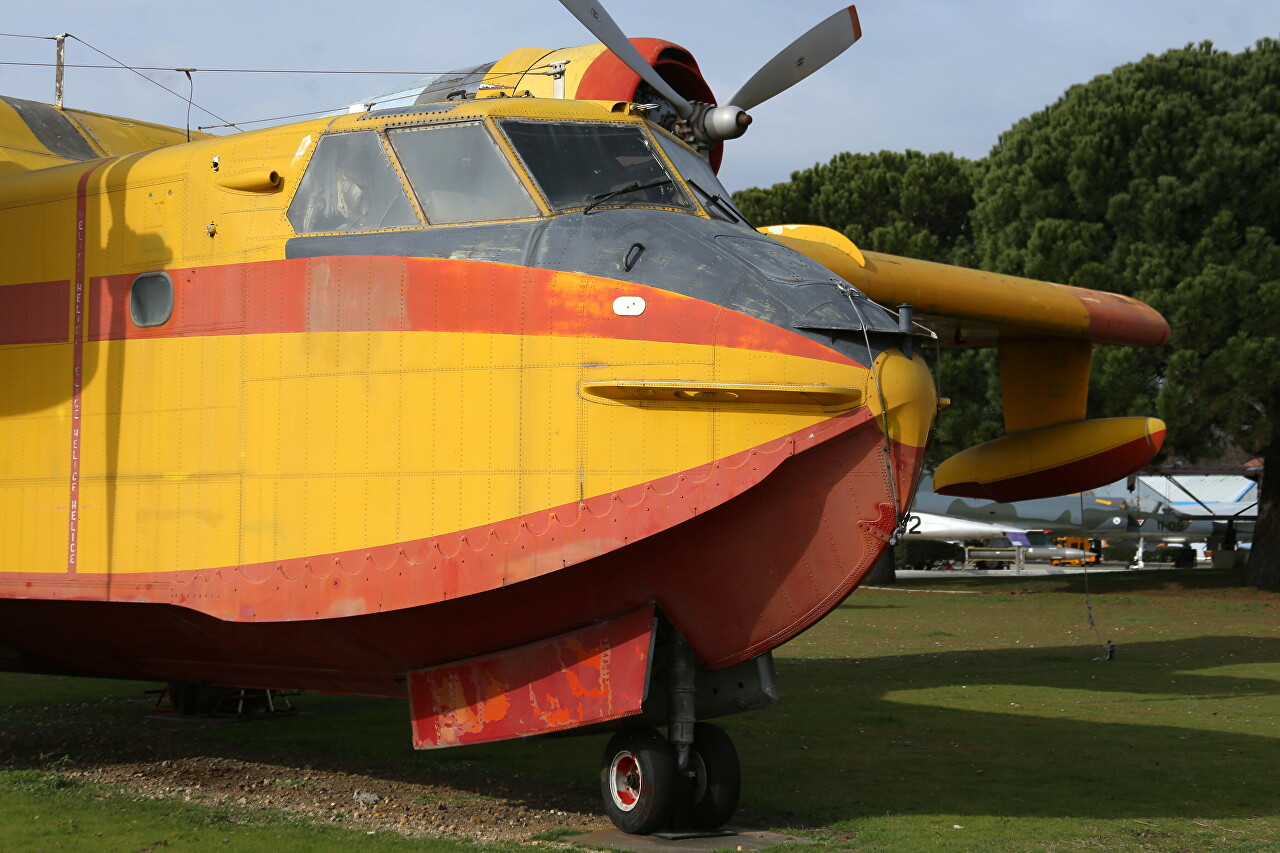 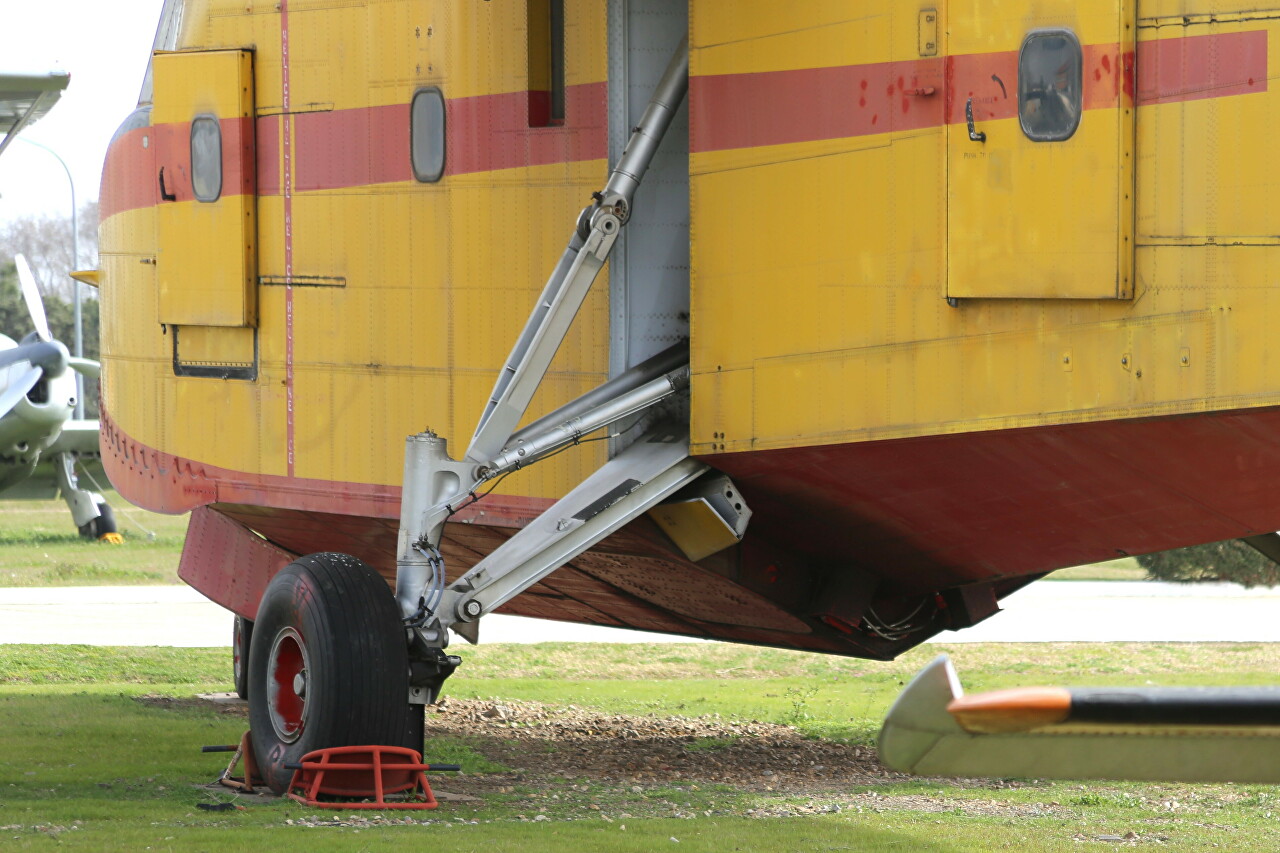 The length of the aircraft is 19.82 m, the wingspan is 28.6 m, the maximum take-off weight from water is 17100 kg, from land is 19731 kg. The aircraft is equipped with Pratt & Whitney R-2800-83AM radial 18-cylinder air-cooled engines with a capacity of 2100 HP. the fuel reserve of 5910 liters allows you to stay in the air for up to 6 hours. At a cruising speed of 291 km / h, the aircraft has a high maneuverability and rate of climb, which is very important for efficient operation. For refueling, the lake or river closest to the fire is used, and pilots often make up to fifty sets and discharges of water in one flight. 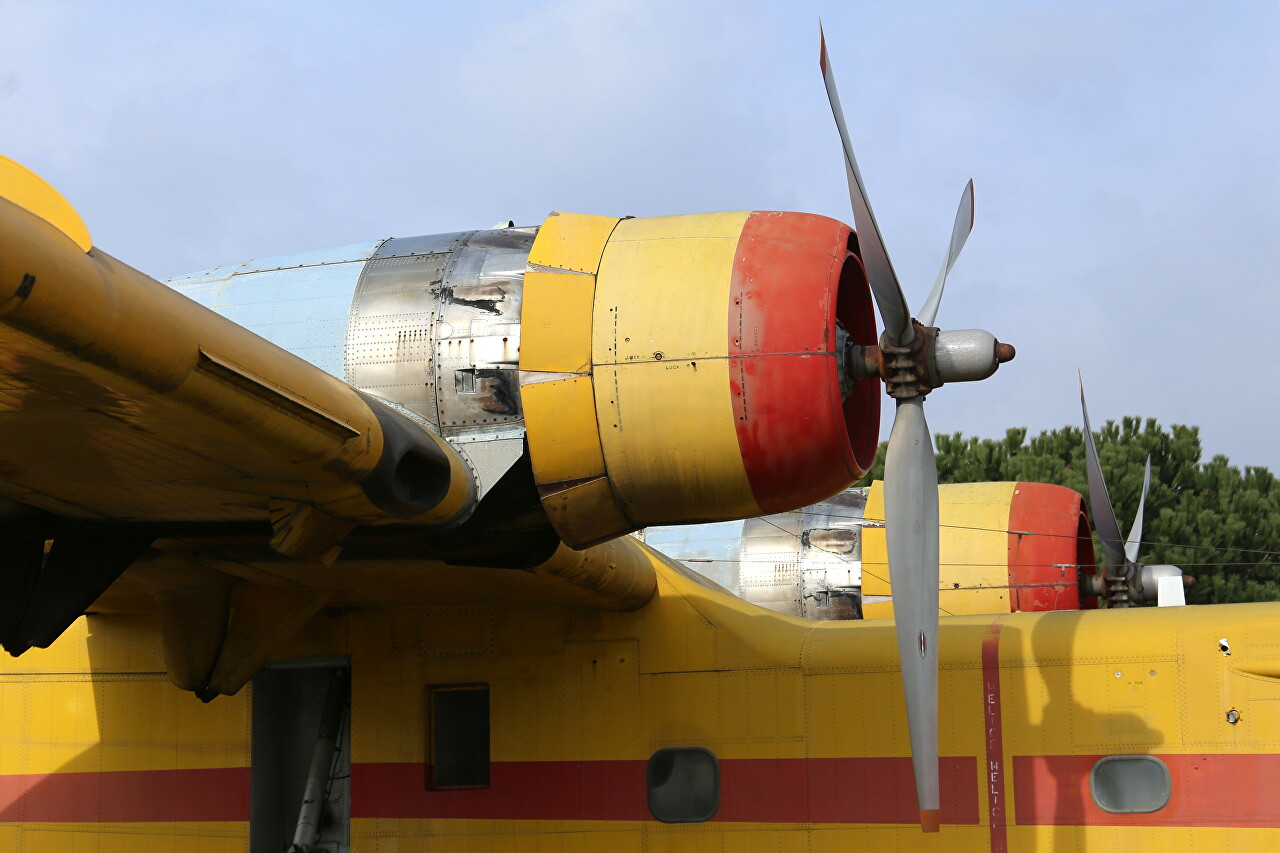 Extinguishing wildfires is very difficult and dangerous work, pilots try to drop water from the lowest possible height to reduce the evaporation of falling drops, often they have to fight fire in areas with difficult terrain. On August 8, 2020, a Spanish CL-214 crashed while fighting a fire in the Penela national Park in Northern Portugal, killing one of the pilots. Seven Portuguese and four Spanish aircraft took part in extinguishing the fire. 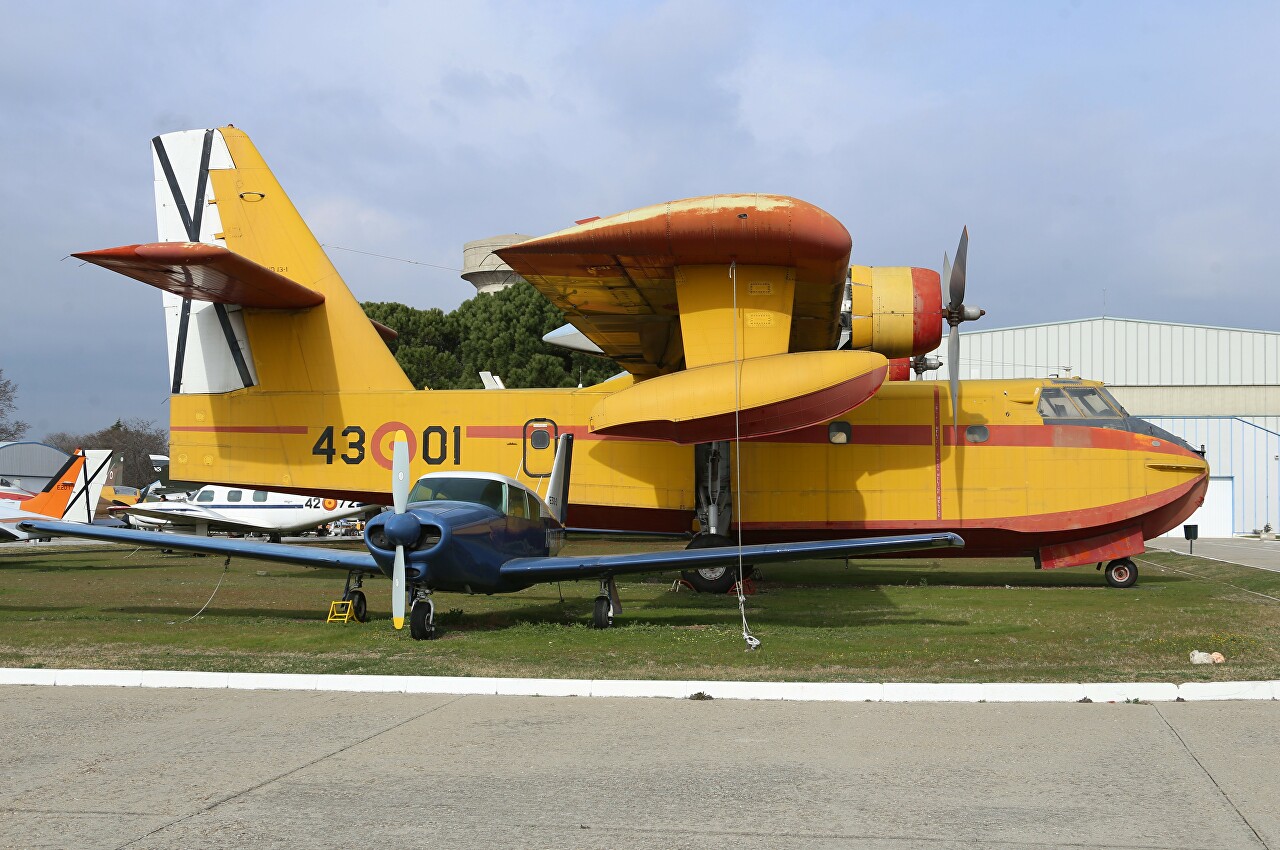 Spain received the first two CL-215 aircraft in 1971, and by 1991 their number reached 30 units. Two fire and rescue squadrons are part of the 43rd air group and are stationed at the Torrejon de Ardos air base, 24 km from Madrid. In the 90s, some of the aircraft were upgraded to the CL-215T version, Pratt & Whitney Canada PW123AF turboprop engines were installed on them, 5 of these aircraft were transferred to the Ministry of ecology. The Madrid Museum of Aeronautics houses an aircraft that was decommissioned in 1994. 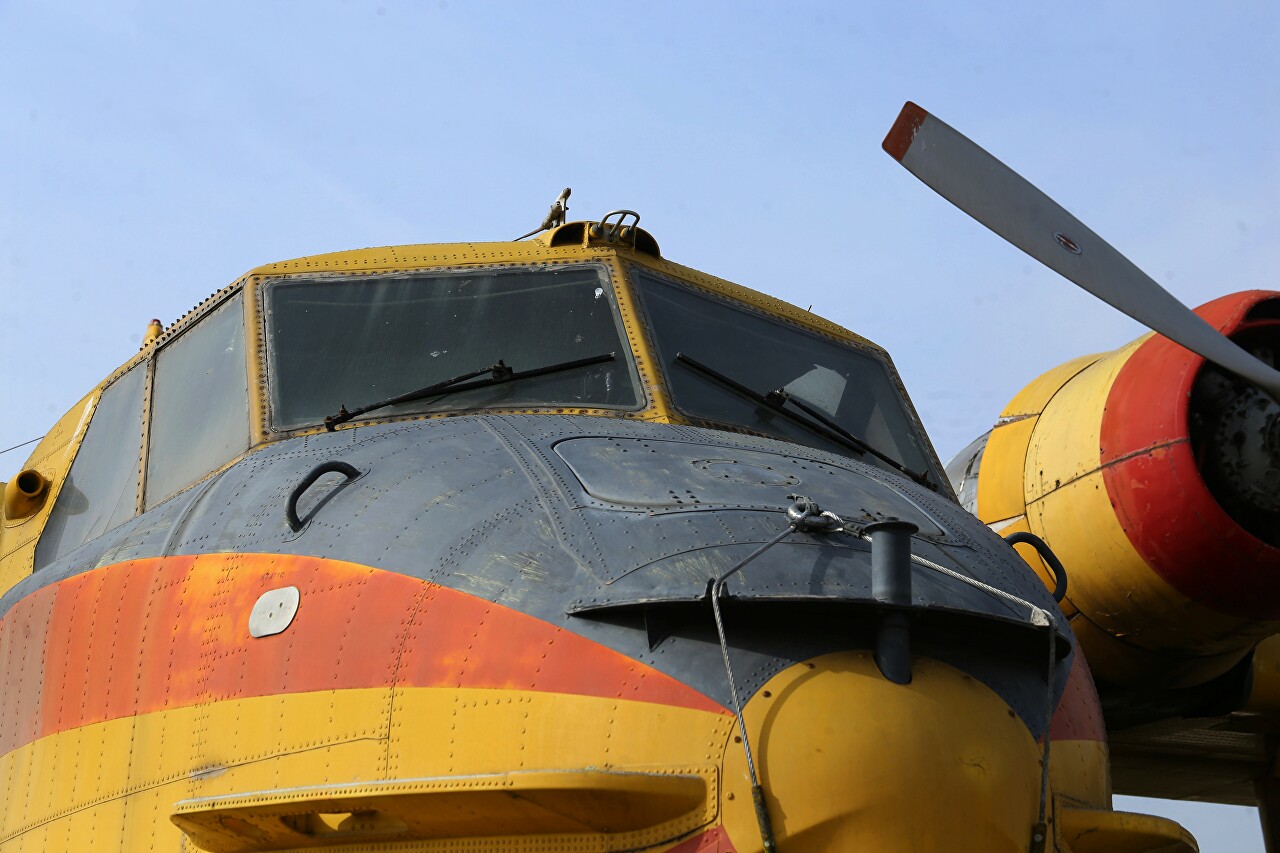