The appearance of this aircraft revolutionized civil aviation, it provided twice the capacity of first-generation jet aircraft, giving rise to truly massive passenger transportation and rapid development of airport infrastructure. In the 60s, most passenger traffic was provided by jet aircraft, the flagship of which was the Boeing 707, which took on board up to 200 people, but the growing demand for it forced Pan American to order the development of the concept of an aircraft with twice the capacity of the B-707. In 1966, a preliminary design was prepared, called the Boeing 747. Pan American confirmed the order for 25 aircraft, in total, the production program provided for the construction of 100 copies. 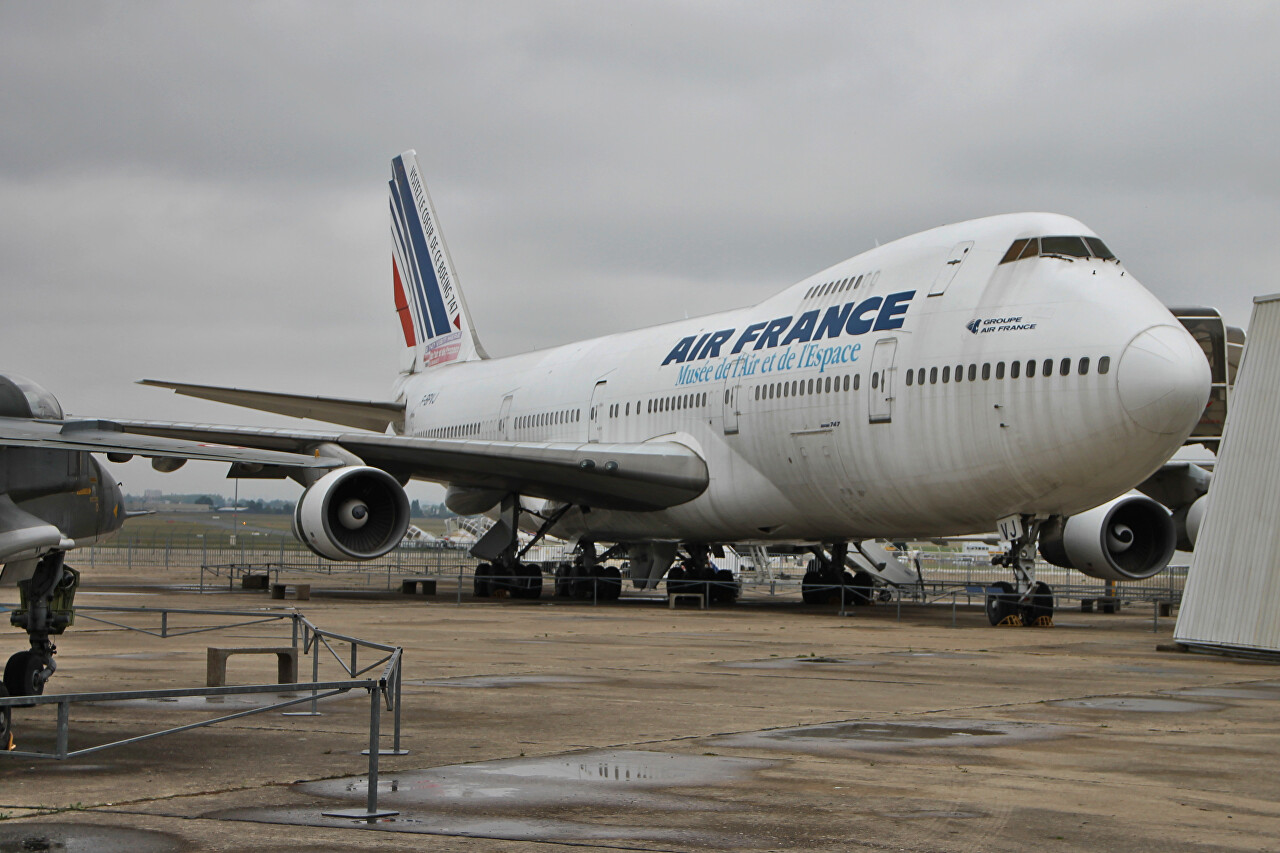 Interestingly, at the time of designing the B-747, the aviation community was confident that its age on passenger lines would be short-lived, as the era of supersonic airliners was just around the corner. Therefore, the designers have provided both a transport version of the aircraft, and the possibility of converting passenger models into transport ones. That is why the plane has two decks: it was assumed that the lower deck would have a bow loading ramp, and the cockpit was located on the upper deck. Half a century later, you can see that the supersonic civilian fleet has not appeared, and B-747s continue to carry both passengers and cargo. 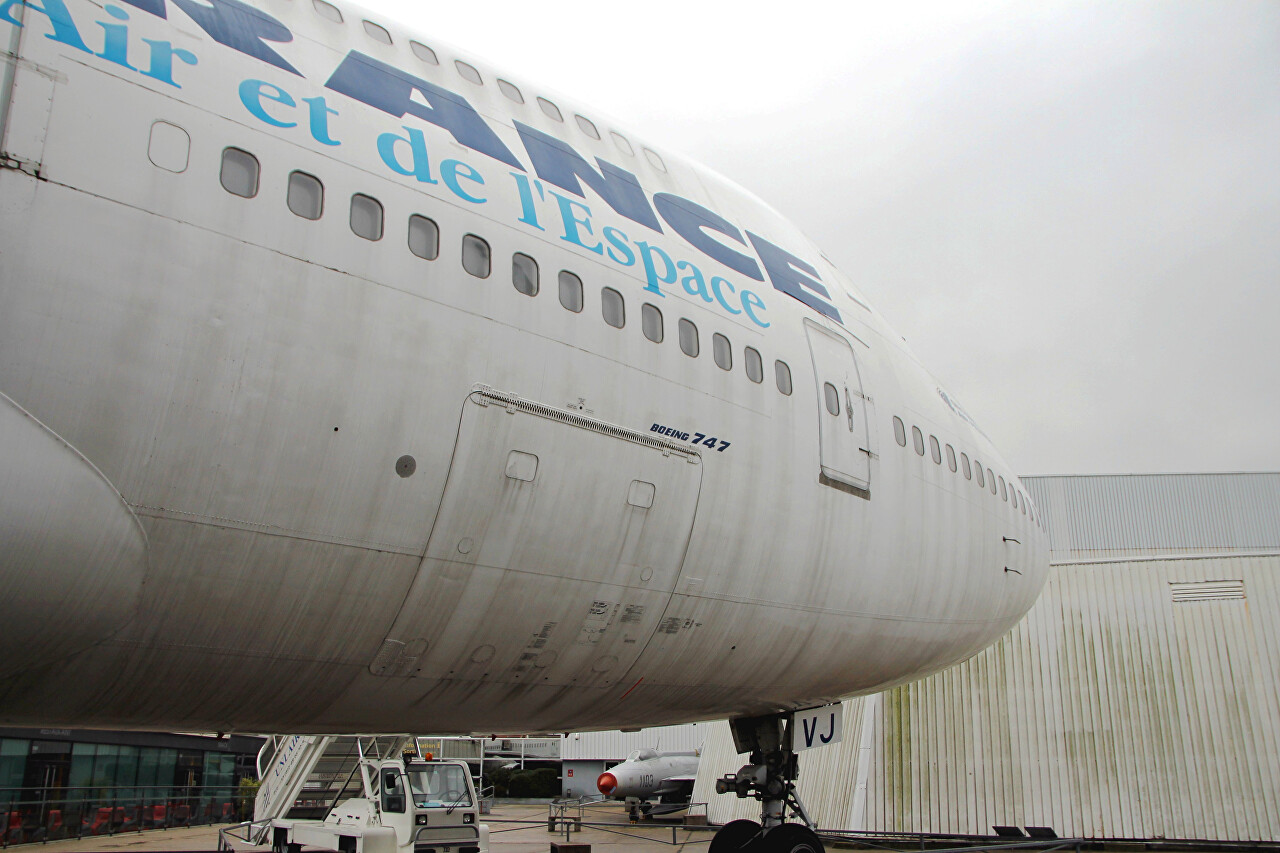 Specifically for the new aircraft, Pratt & Whitney has developed a turbofan engine with a high degree of dual-circuit, called the JT9D. For the use of standard-length runways, powerful wing mechanization was applied, and to increase safety, the hydraulic system was duplicated four times. The first Boeing 747 made a test flight on February 9, 1969, and in December of the same year, the first production airliner was handed over to the customer. Production was deployed on a huge complex in the city of Everett, Washington, specially built for the production of this liner. 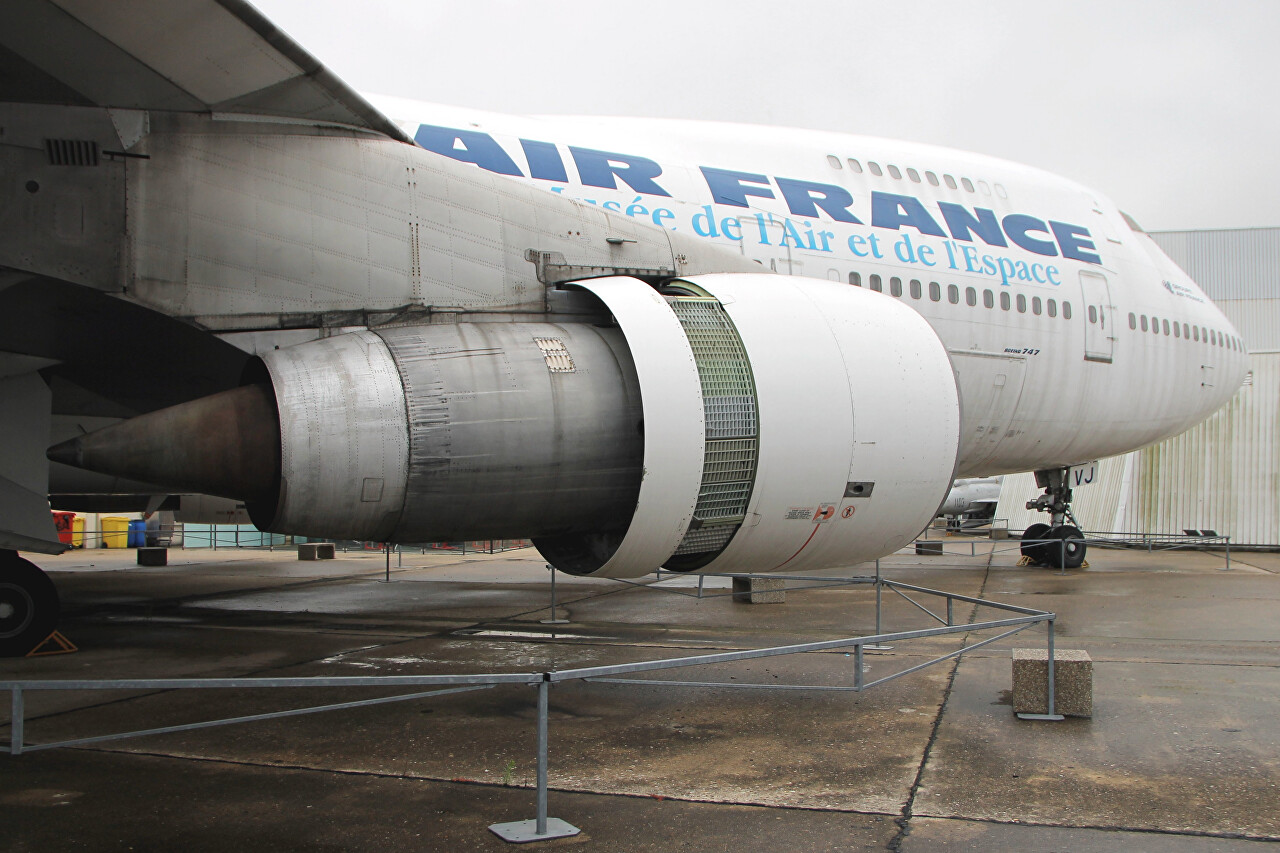 Test flights showed two main problems: low rate of climb at full load and deformation of the pylons of the engine nacelles, however, the aircraft received an airworthiness certificate and on January 22, 1970, the Boeing 747-100 began flying on New York-London Airlines. The infrastructure of the vast majority of airports at that time was unable to handle such a large number of passengers on a single flight, mainly due to baggage handling, so using the 747 was initially cost-effective only on intercontinental flights. The success of the new aircraft exceeded all expectations, Boeing began to receive orders from other companies and already in 1971 92 copies were built, which almost closed the original production plans. In a short time, airports adapted to serve the giant, and the airliner, dubbed the "Jumbo Jet", became a real symbol of civil aviation in the 70s and 80s. The secret to the success of this aircraft is a significant reduction in operating costs, which resulted in lower ticket prices and made air transport more accessible and attractive to the general public. This, in turn, gave an impetus to the development of mass international tourism. Production of the Boeing 747 continues in our time, more than one and a half thousand aircraft have already been built, which are actively used both for the transportation of passengers and cargo, as well as as military aircraft. 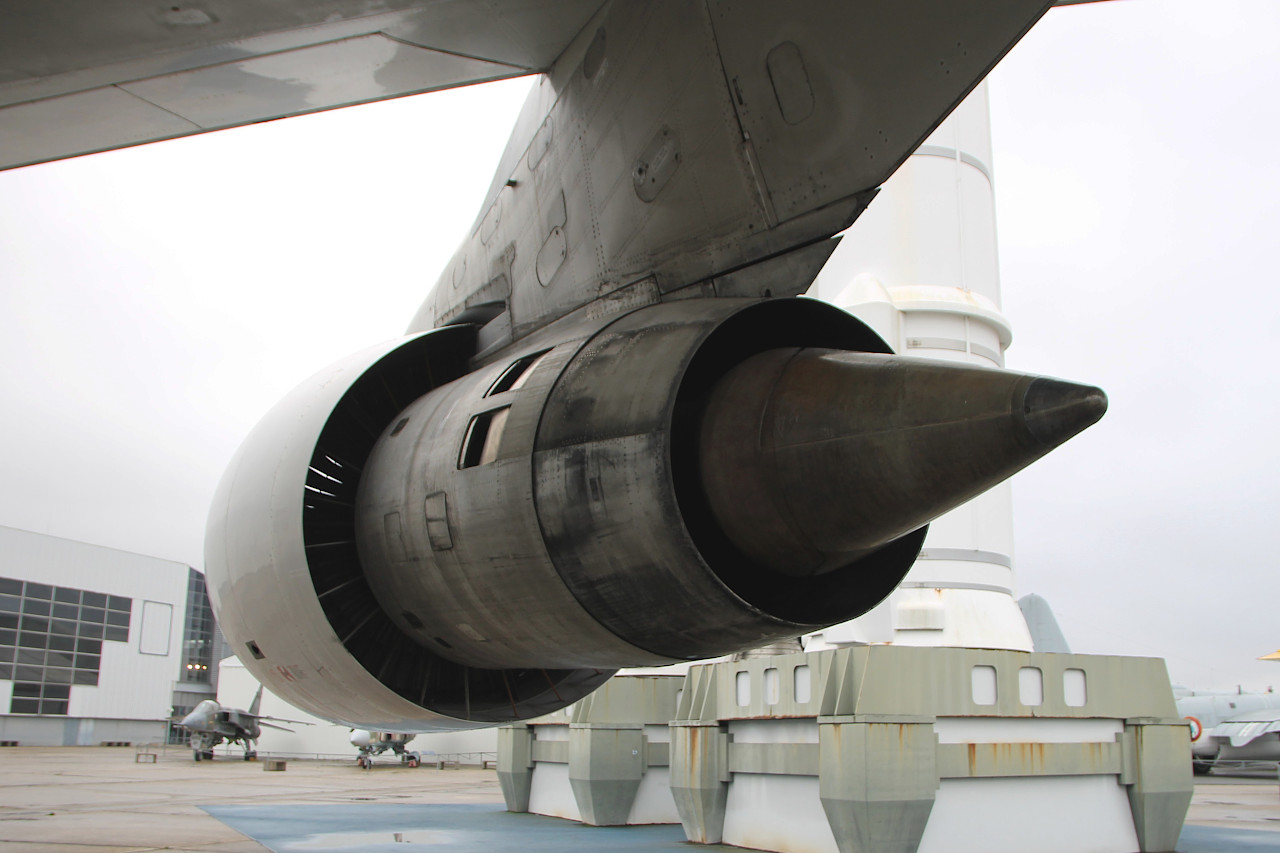 The Boeing 747-128 with serial number 20541 made its first flight on October 26, 1972. In February of the following year, the aircraft was leased to Air France and put into operation on March 14, 1973 with the registration number N28903. At the end of the license agreement, the aircraft was bought out of the ownership of Air France on January 1, 1981 and received the tail number F-BPVJ. In February 1988, the total flight time of the airliner was 50,000 hours, on February 10, 2000, the aircraft performed the last commercial flight from Beirut to Roissy, and on February 25 of the same year, the aircraft made its last flight from Roissy to Le Bourget, where it took up a place in the open parking lot of the Air and Space Museum. At the time of landing, the flight time of the airliner was 97271 hours. 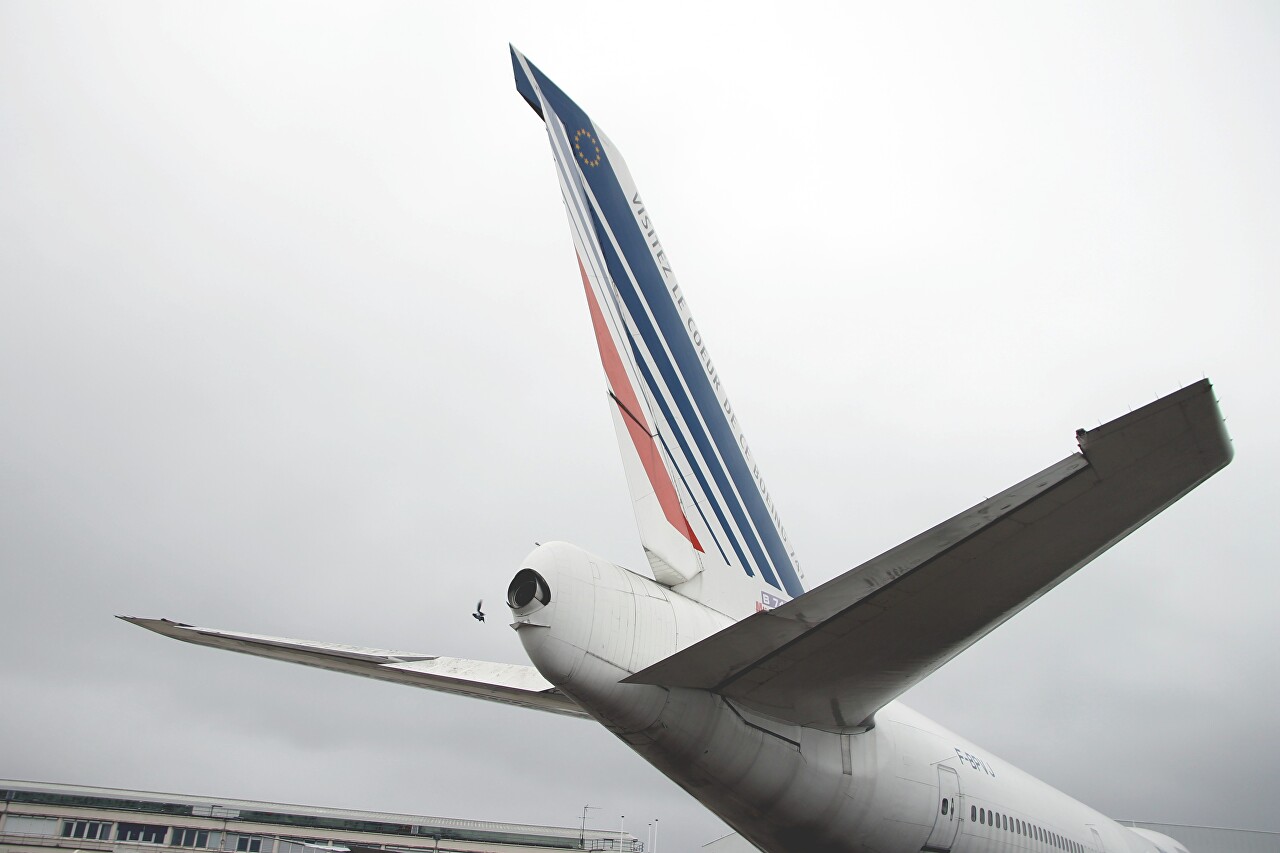 Restoration of the interiors by the museum's specialists took three years, and in June 2003 the aircraft's interiors were opened to the public. In 2009, the cockpit became available to visitors, the atmosphere of which recreates the atmosphere of a night flight over the Atlantic. During the preparation of the exposition, each device was disassembled, the arrows were set to the position corresponding to the flight one. Warning lights and illumination lamps were replaced with LED ones, which reduced electricity consumption by 8 times. In 2016, the restoration of the rear passenger compartment was completed. To board the ship, you need to purchase a ticket that also gives you the right to visit the Concorde supersonic liner and the C-47 Dakota military transport aircraft. The ticket price for visitors from 4 to 18 years old is 6 euros, up to 25 years old is 8 euros, and over 25 years old is 16 euros. 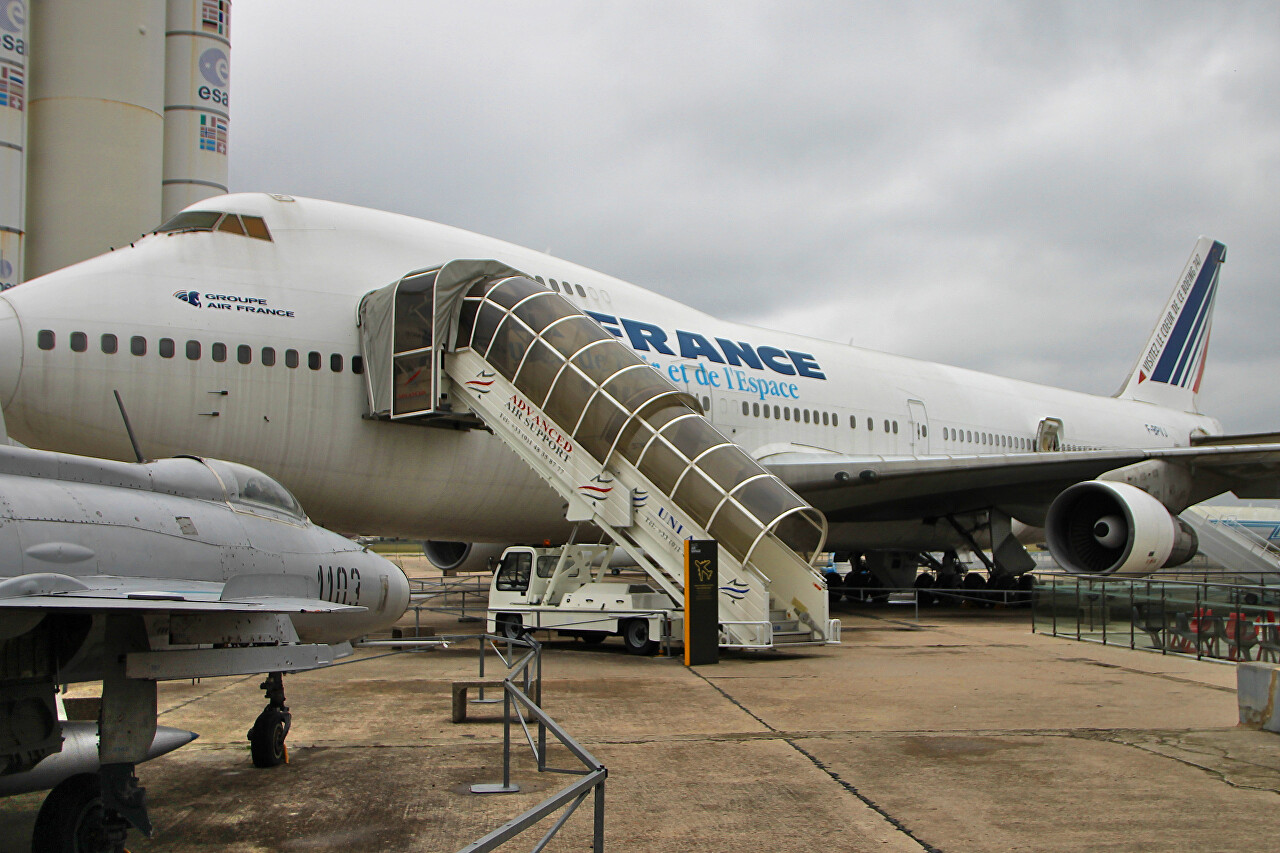 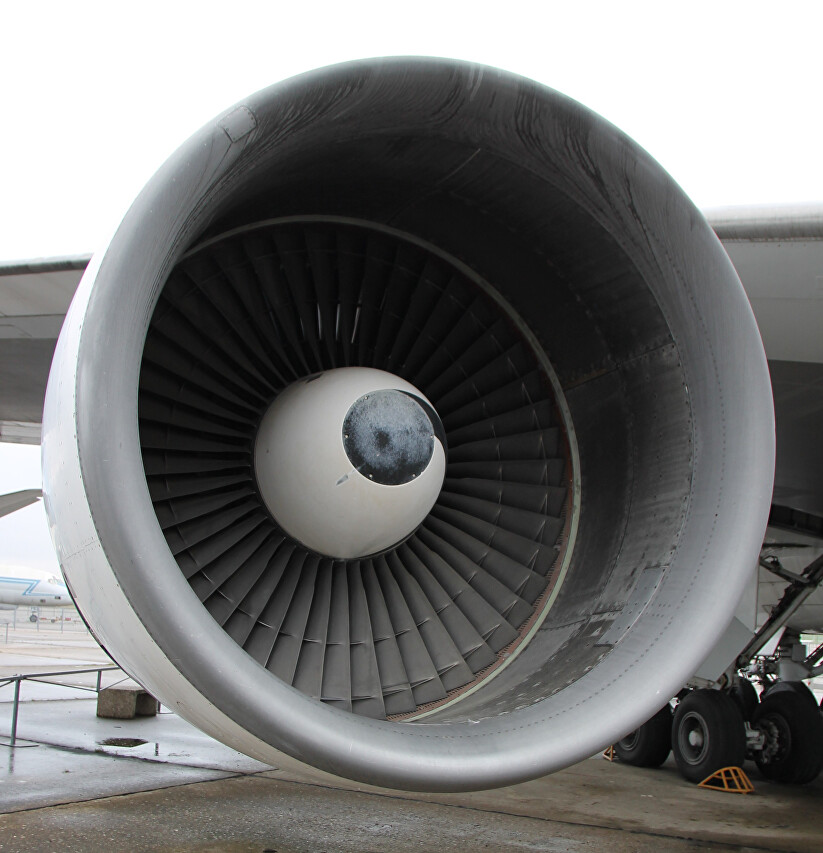