Opposite Larsens Plads waterfront, on the other side of Inderhavnen harbour, is the old Royal naval base Holmen ("small island"). Until the eighties of the 17th century the Navy of Denmark was based in the harbour, almost in the center of the city. Over time, the Navy has grown, as the number of arriving in Copenhagen merchant ships increased significantly, so in 1680 it was decided to build a separate fleet base closer to the sea. In 1782, on the Islands of Holmen began the construction of berths, barracks naval crews, to protect the sea built several fortresses. There is also a shipyard, which launched the first ship in 1692. After world war II, two new bases were built in Korsør and Frederikshavn, the Holmen remained the main base until 1993. Now there is a new district of the city, Frederiksholm, the center of which was the Opera house, built in 2005 . From the base there is a small section, which houses the Royal naval Academy, and several museum's ships during the Cold war

Submarine "Selenium" (Sælen) project 207 belongs to the class of small and is designed for action in coastal waters. In total, the Danish Navy had three boats of this project. Displacement: 370 tons surface, 435 tons when submerged, Length: 47.20 m, Width: 4.70 m, Draft: 3.80 m. the Power plant consists of two diesel generators at 1100 HP , one propeller of the motor 1700 HP Underwater and surface speed of 10 and 17 nodes, respectively. Crew: 24 people. Armament-eight 533 mm (21 inches) torpedo tubes, eight torpedoes. This boat was built in 1965 in Emden (Germany) for the Royal Norwegian Navy, where he served 25 years under the name Uthaug, after which it was sold to Denmark. On 4 December 1990, the boat sank while towing from Copenhagen to Aarhus. On December 17, it was lifted by a German floating crane and placed in the dock of Aarhus for repair. On August 10, 1993 the boat under the name Sælen was put into operation . In 2003, the boat participated in the NATO operation against Iraq. After a year of continuous duty in the Mediterranean and the Persian Gulf, she was taken aboard the ship Grietje and taken to Copenhagen, where it was established the territory of the old naval base (map). Now in the open boat Navy Museum. On weekdays, the boat can be visited only with a tour (in English), which begins every half hour. 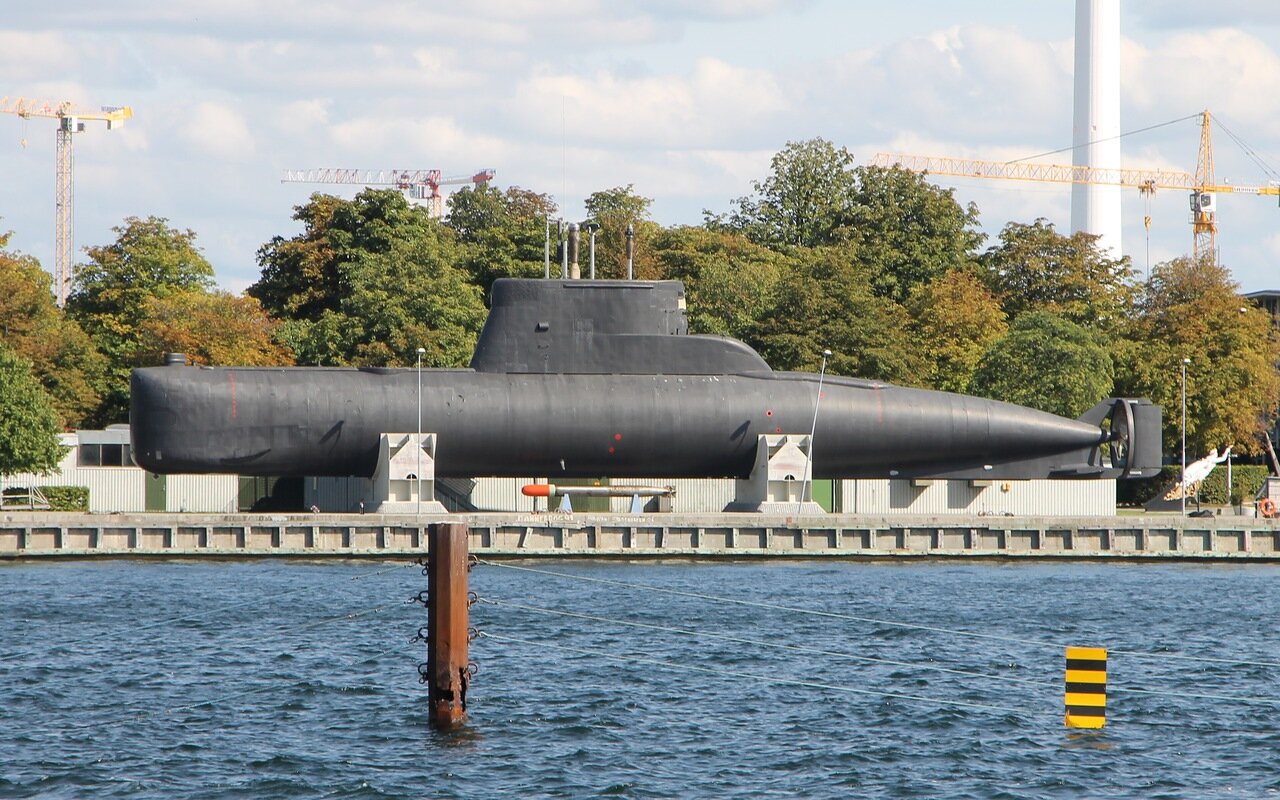 Missile boat Sehested built the Royal dockyard and joined the Navy in 1978. A ship with a length of 46 meters and a displacement of 264 tons, is armed with four anti-ship missiles, "Harpoon", six launchers for small rockets (103 mm), two torpedo tubes, and a 76mm automatic gun installation. The power plant consists of three gas turbines at 12750 HP, which allow the boat to accelerate during the attack to 40 knots (74 km/h), for cruising use two 800 HP diesel engines on diesel boats can go at a speed of 12 knots (22 km/h). The crew of the boat 25 people. On the last day of 2000, the boat became an exhibit of the Royal naval Museum, his visit is also included in the program of the tour. Tower on the shore-crane of the 17th century, was designed to install masts on ships. 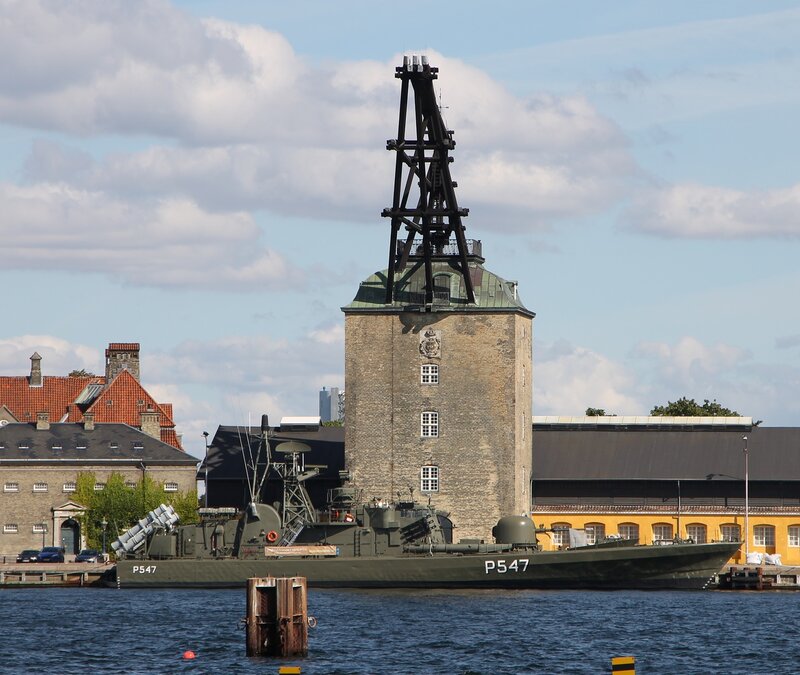 Royal yacht Dannebrog ("Danish standard") has permanent parking in the roadstead of Holmen naval base. The yacht was laid at the naval shipyard in Copenhagen in 1931, put into operation on may 26, 1932. It replaced the old historic wheel yacht "Dannebrog" built in 1879. Hull steel, clipper type. The crew cabins are located in the front part, the engine room in the Central part, the Royal apartments in the stern, which include a dining room, a living room, bedrooms of royalty and a guest cabin. During official visits to Utah, receptions are arranged. The yacht is part of the Navy, so the crew consists of sailors - 9 officers, 7 non-commissioned officers and 36 sailors. If necessary, the yacht can become a hospital ship, as well as equipped for rescue operations at sea. During his long life the yacht has passed more than 300 thousand nautical miles (500,000 km) and visited many ports in Europe, have made cruises the Caribbean sea. In 1980-1981 the yacht underwent major overhaul with replacement of propulsion and navigation equipment. Constant checks show that the hull is in excellent condition and will last for a very long time. 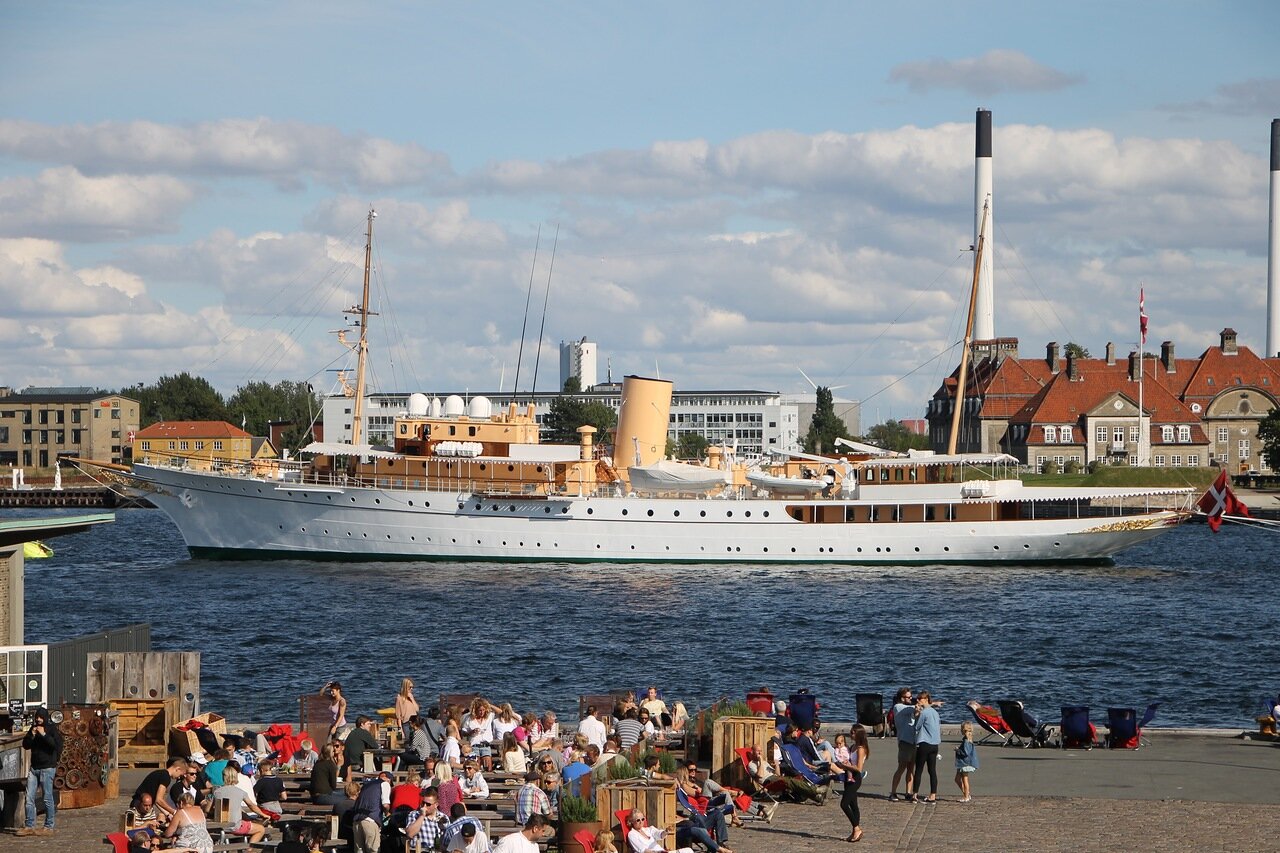