Malaga Street led me to the shore, where there is a public space called Parque Plaza de los Cangrejos (Crab Square). In 1885, a factory for processing crabs was built on this site, for which it received its name. The factory was closed in the first half of the twentieth century, then was demolished, but the place was landscaped only recently. 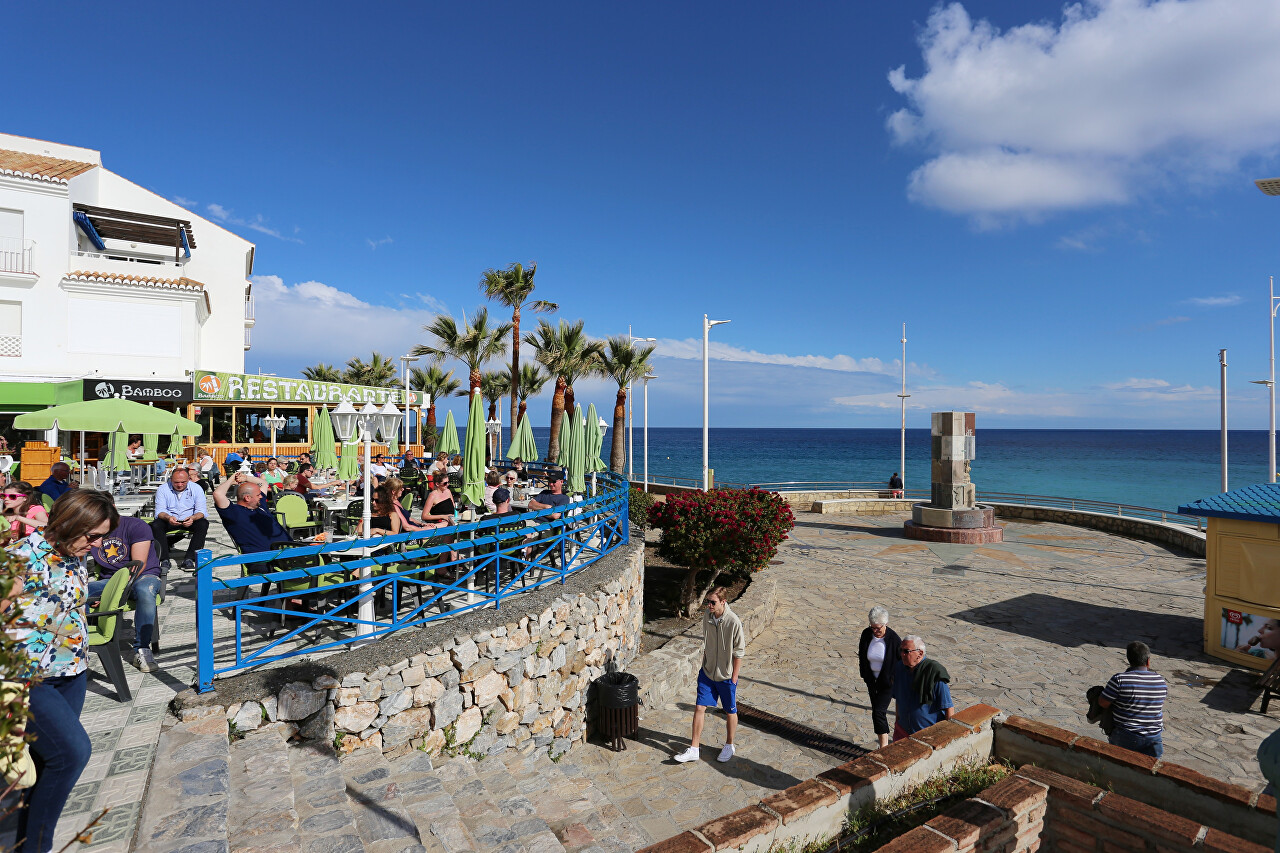 The square has a two-tiered belvedere, from which you can try to see the so-called "Green Ray"at sunset. There are many cafes around, open until late at night. This is one of the evening entertainment centers, popular with both tourists and locals. There is a kiosk with ice cream and soft drinks, as well as a small children's playground. 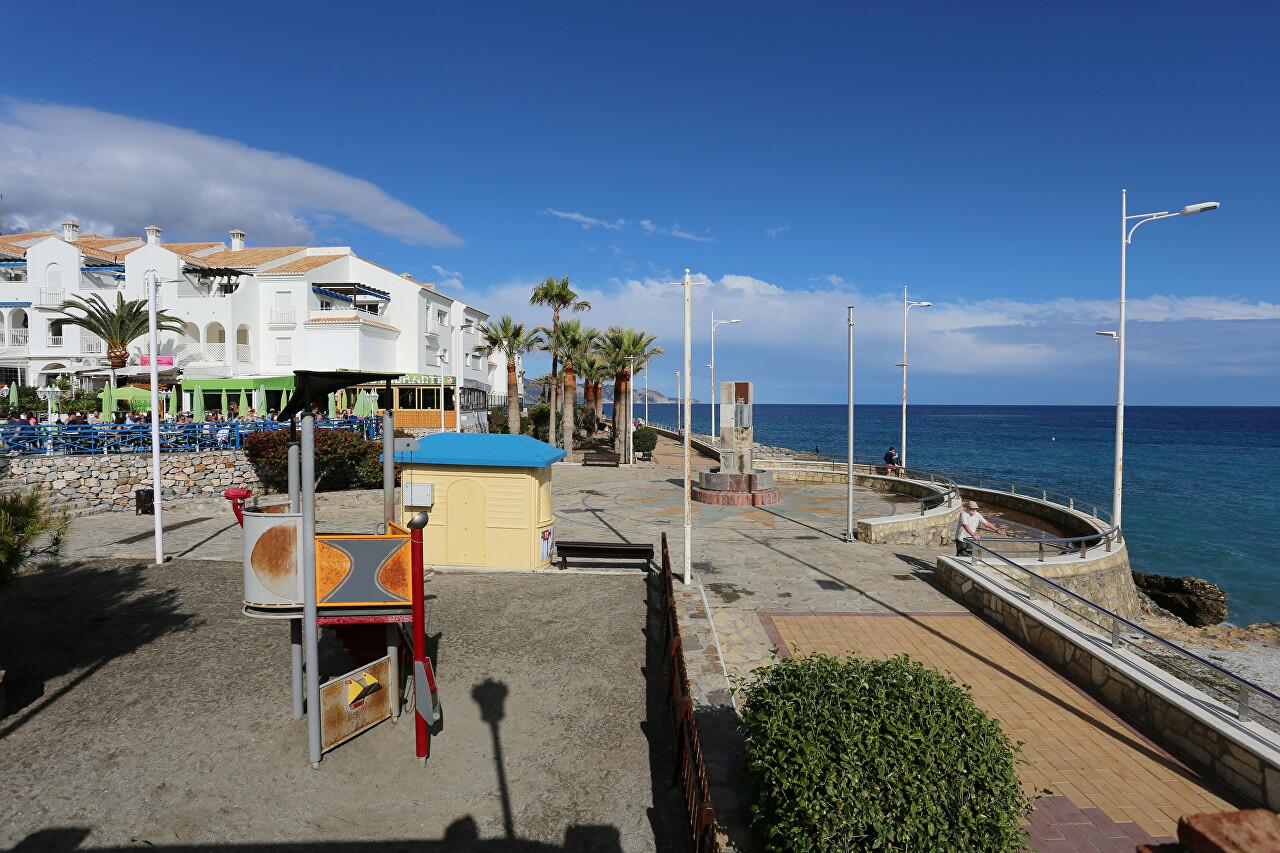 The Europa Fountain is located in the center of the belvedere. 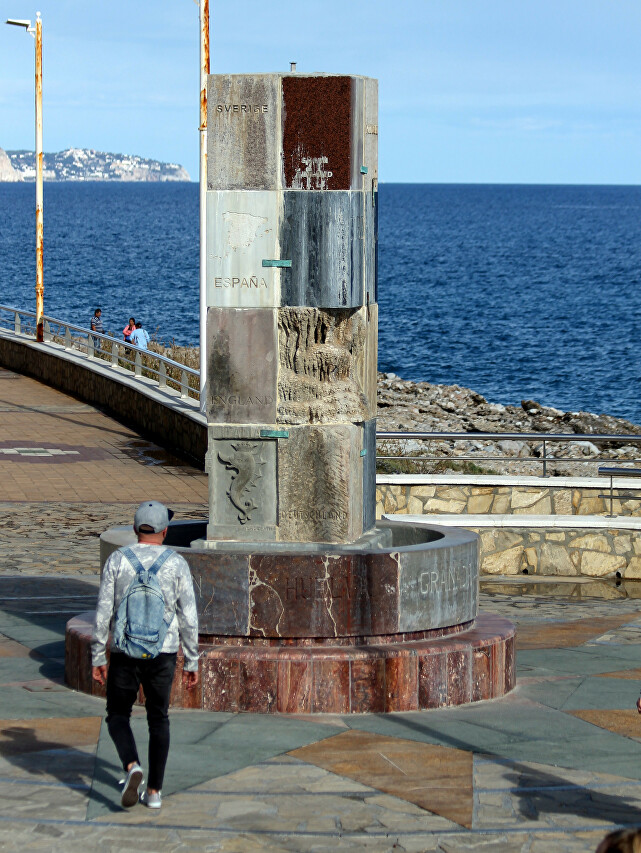 Along the parapet, African migrants sell all sorts of bags, their traditional business in the resort towns of the Costa del Sol. I don't know what kind of income it brings, I've never seen anyone buy these bags. 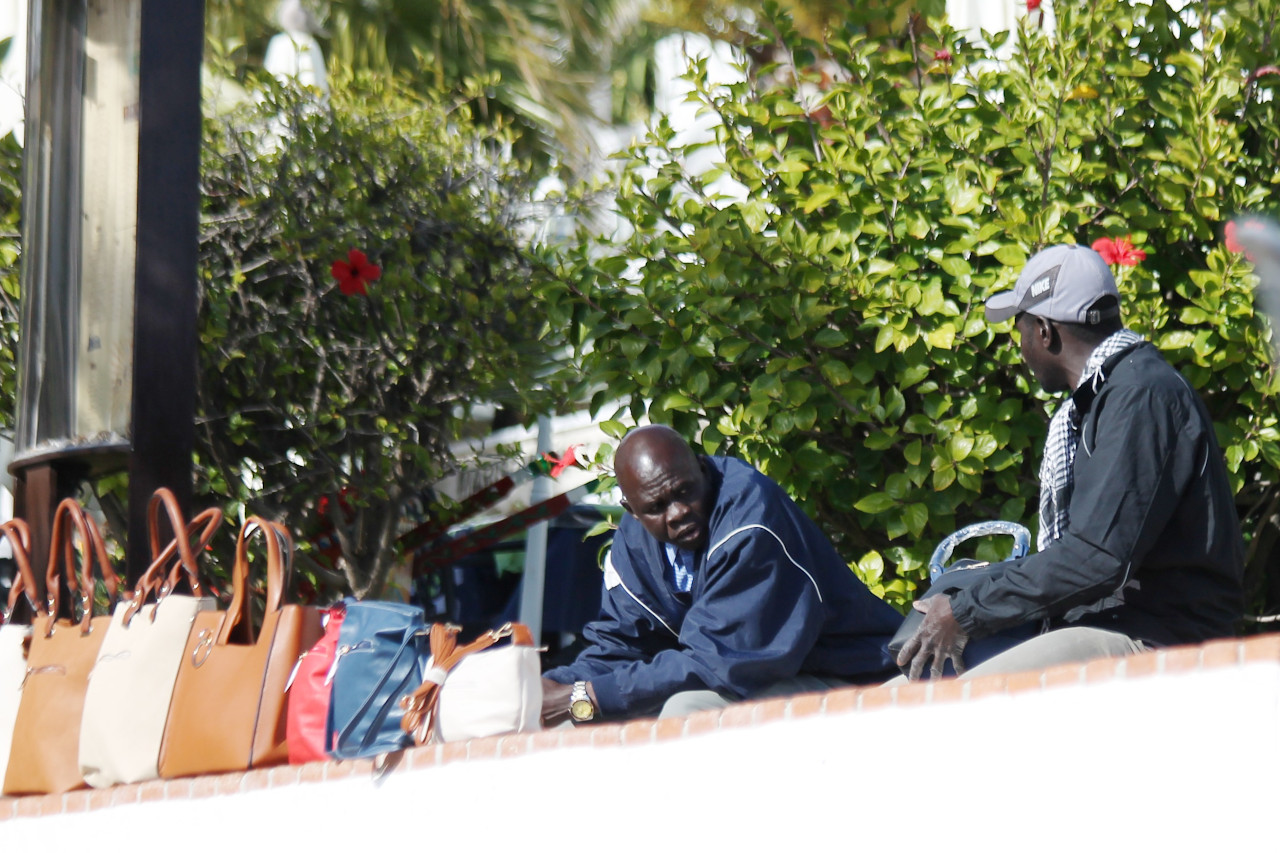 The coast in the area of the square is formed by volcanic rocks and is unsuitable for swimming. 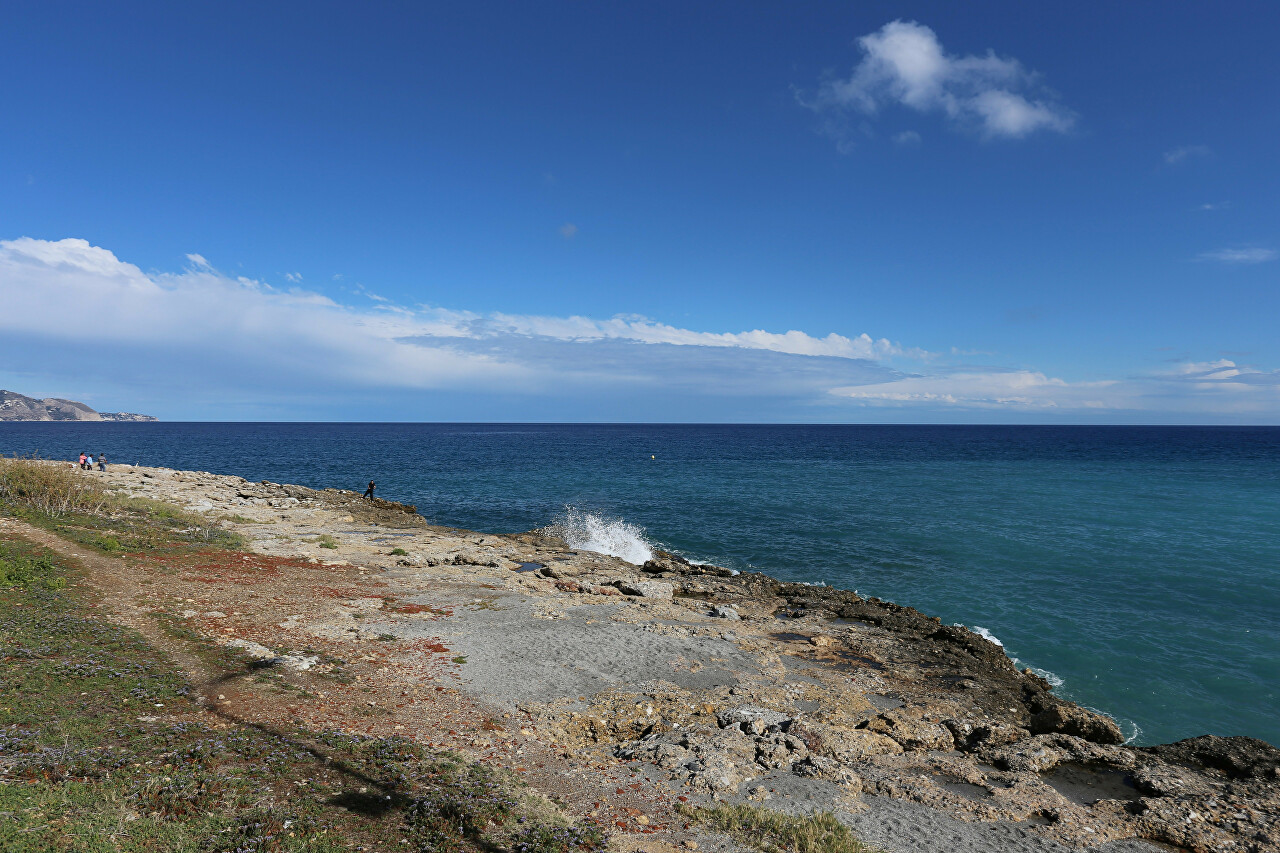