After walking along the Merchant Quarter, turn left and climb the hill, where the Suomenlinnan kirkko Church is located in a small park. The construction of the Orthodox garrison church was planned immediately after the fortress of Sveaborg was occupied by Russian troops in 1809, but more than fifty years passed before the real implementation. During this time, several projects were considered, including the famous architect Karl Engel, but they were never implemented. 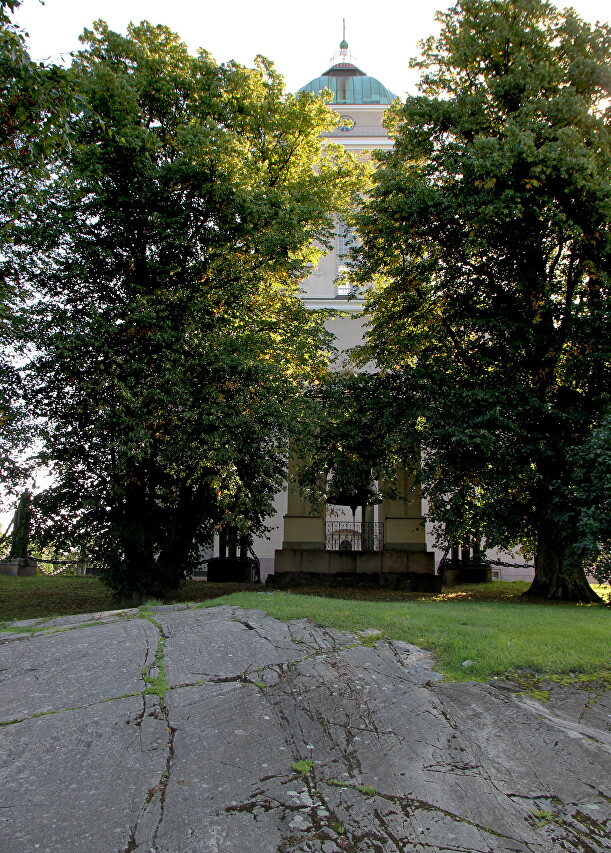 In 1836, the development of the project was entrusted to professor of the Imperial Academy of Arts Konstantin Andreevich Ton, but construction began only in 1849 under the direction of Ivan Varnek. At the top of the hill, the highest point of the island, a plot was cleared, merchant houses and cottages were demolished or moved to another location. The church in the Byzantine style was built by 1854, it had five domes and entrances on three sides. 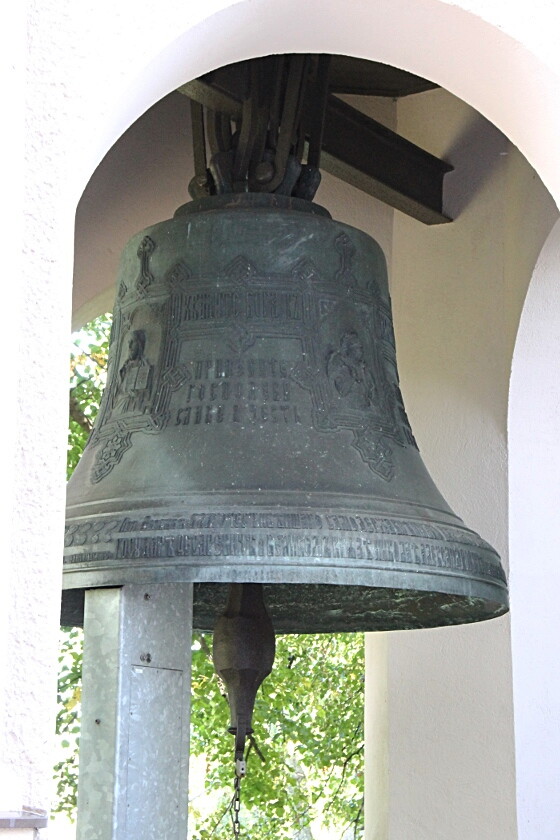 The interiors of the church were richly decorated. Ivan Varnek designed a three-tiered iconostasis with a unique composition of 49 icons for Finland. The icons were painted by graduates of the Imperial Academy of Arts Academy of Arts Vital de Gronkel and Pavel Ikov. A silver ark with the relics of three Moscow metropolitans was placed in the altar. The building is surrounded by a chain fence, with ancient cannons as pillars. The church was consecrated on August 30, 1854. The patron saint was Alexander Nevsky, who defeated Swedish troops in the Battle of the Neva in 1240. 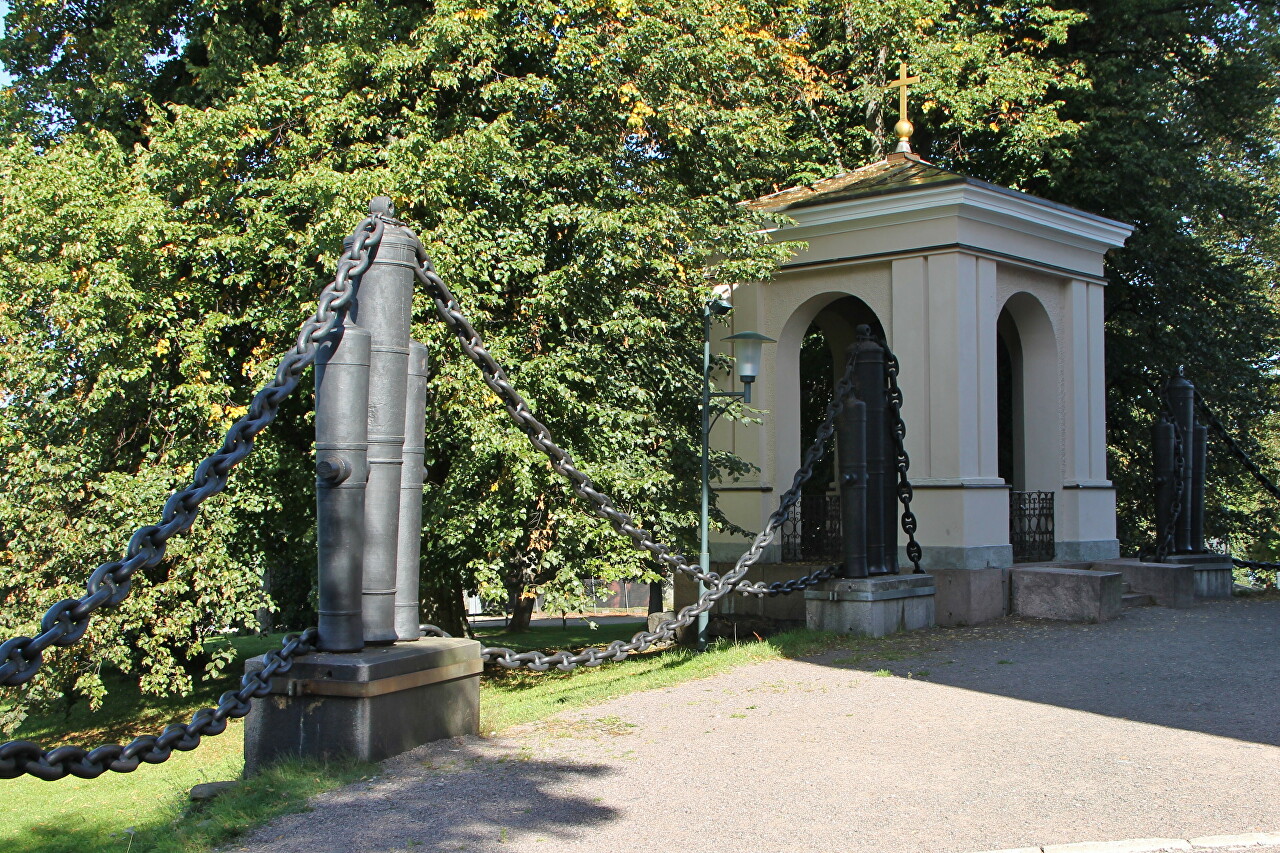 During the Crimean War, the fortress was shelled by an Anglo-French squadron, but the church did not receive much damage, although it served as an excellent reference point for shooting. During the civil war, the Church suffered more significant damage. After Finland gained independence, all Orthodox objects were taken out for storage, and the church was turned into a Lutheran church, consecration took place on December 22, 1918. In the same year, the domes of the four corner towers were demolished. However, at that time, the building was in a state of disrepair and services were not carried out in it. 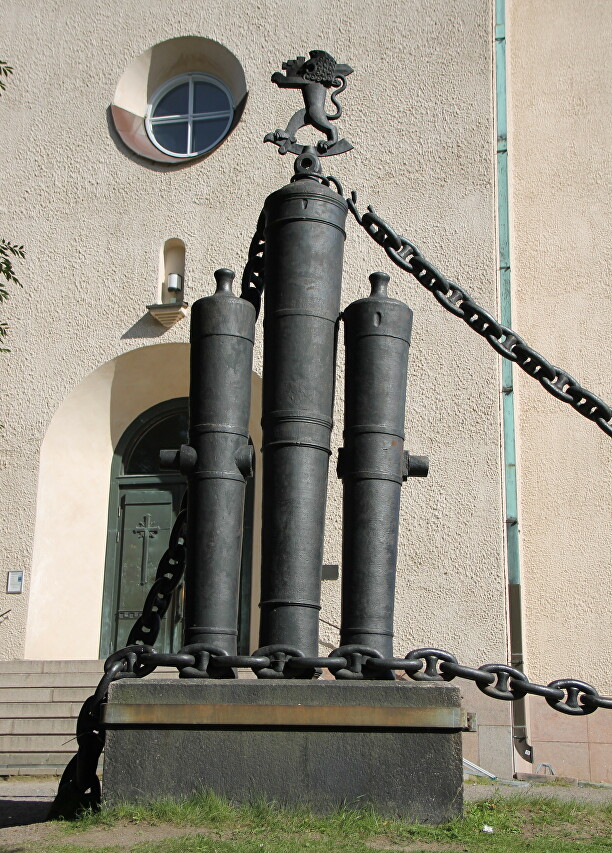 In 1922, the Finnish Ministry of Defense announced an architectural competition for the reconstruction of the church, and on February 1, 1923, the project of the architect Einar Sjöström was approved, which involved large external changes. The discussion was heated, some of the jury insisted on preserving the same appearance, but the anti-Russian sentiment that prevailed at that time won. In the wake of the patriotism of the 1920s, the authorities tried to erase all memories of Russian rule, in particular, one of the newspapers wrote "A Russian-style church leaves an ugly imprint on the entire island of Suomenlinna." However, the left wing of the parliament strongly opposed the "waste of funds", and the project was shelved. 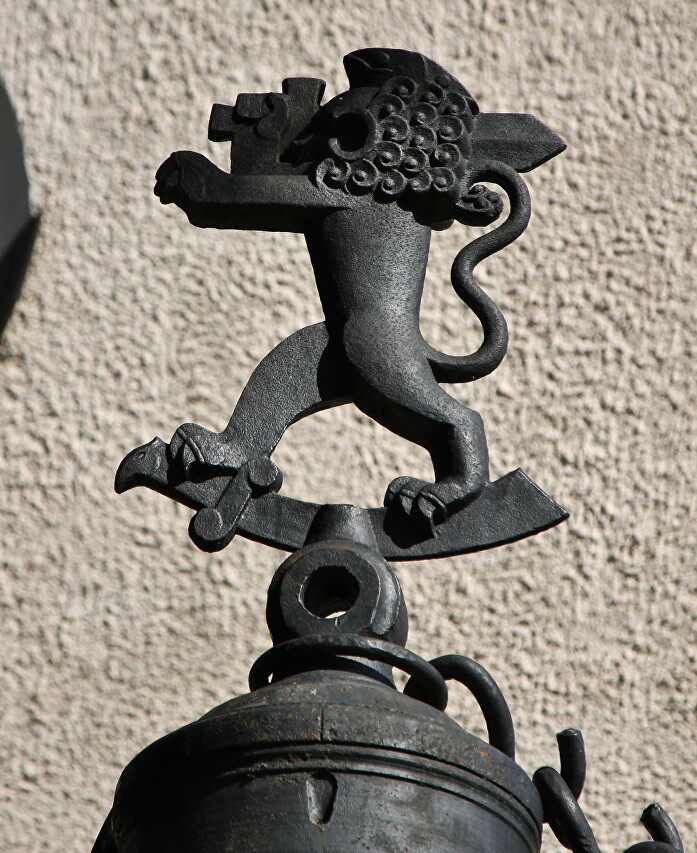 The question was returned to in 1926, when the fortress began to gain popularity among tourists. In 1927-29, a reconstruction was carried out, under the direction of Earl Eklund, who used the drawings of Sierstrom, who had passed away by that time. As a result, the kokoshniks and other Orthodox trim elements were removed, and the facade became smooth. 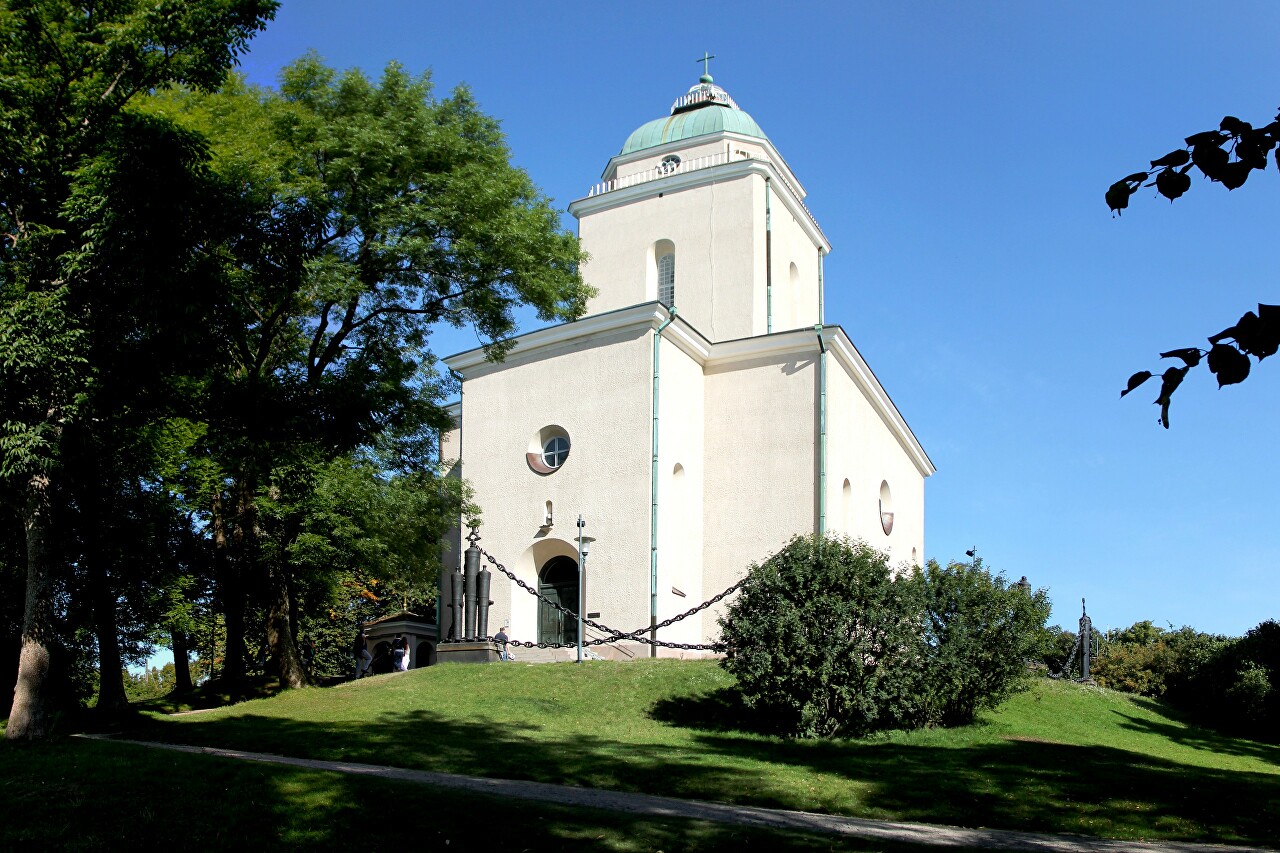 The central dome lost its bulbous shape, a Gustavian dome appeared instead, and its tower became quadrangular from the outside, retaining its original round shape inside, a lighthouse lantern with a gas burner was installed on top of the dome. By the way, this is the only lighthouse in the world that uses a religious structure as a tower. The towers of the corner domes were demolished and their bases were covered with a roof. Lutheran ordination took place on April 28, 1929. The church is open to the public from 12 to 16 hours from Wednesday to Sunday. 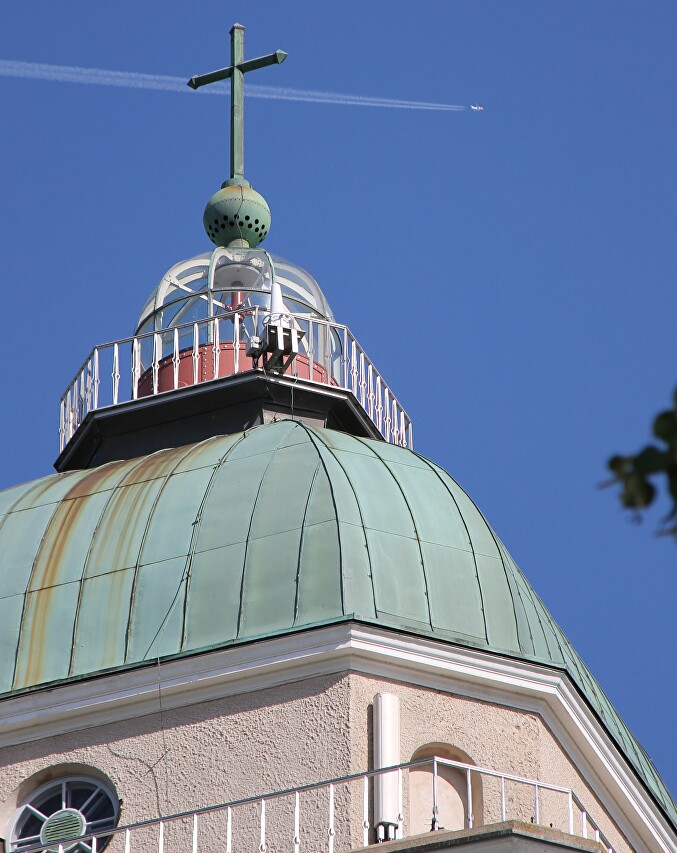