On the Suisaari island, inside the Ekeblad and Höpken bastions, there is a so-called "Great Yard" (Suuri linnanpiha). The administrative center of the fortress and the commandant's house were located here. Most of the original buildings were destroyed by the artillery of the Anglo-French Navy during the Crimean war in 1855, when restored, only the first floors were preserved, built of natural stone, the upper part of the buildings was rebuilt from brick. At one of the walls you can see a sea anchor of the sailing era with a broken leg. 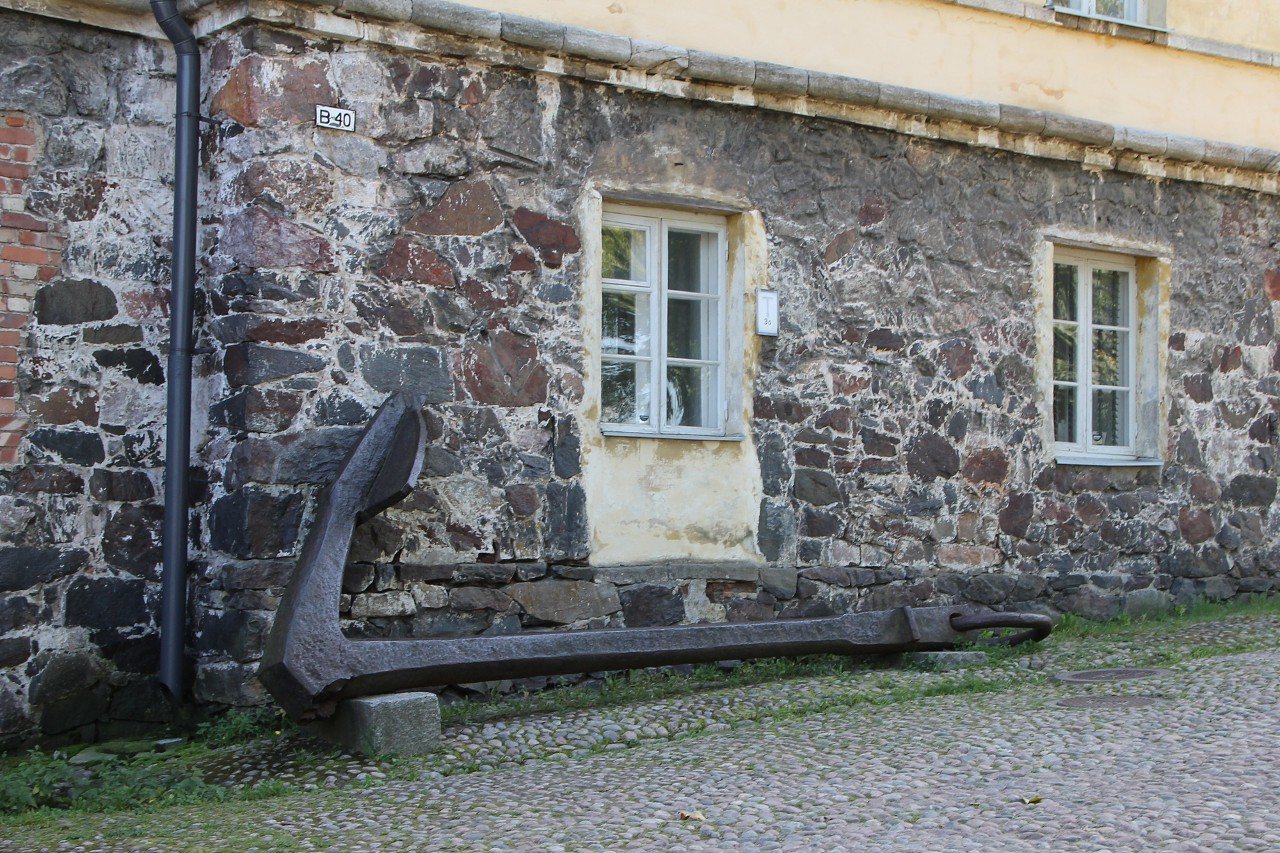 In the center of the courtyard is the grave-monument of Augustin Ehrensvärd, builder and first commandant of the Sveaborg fotress. Augustin Ehrensvärd was born on September 25, 1710 in the family of an artillery captain in the Swedish army. After graduating from Uppsala University, he joined the artillery in 1726 and was promoted to Lieutenant in 1734. 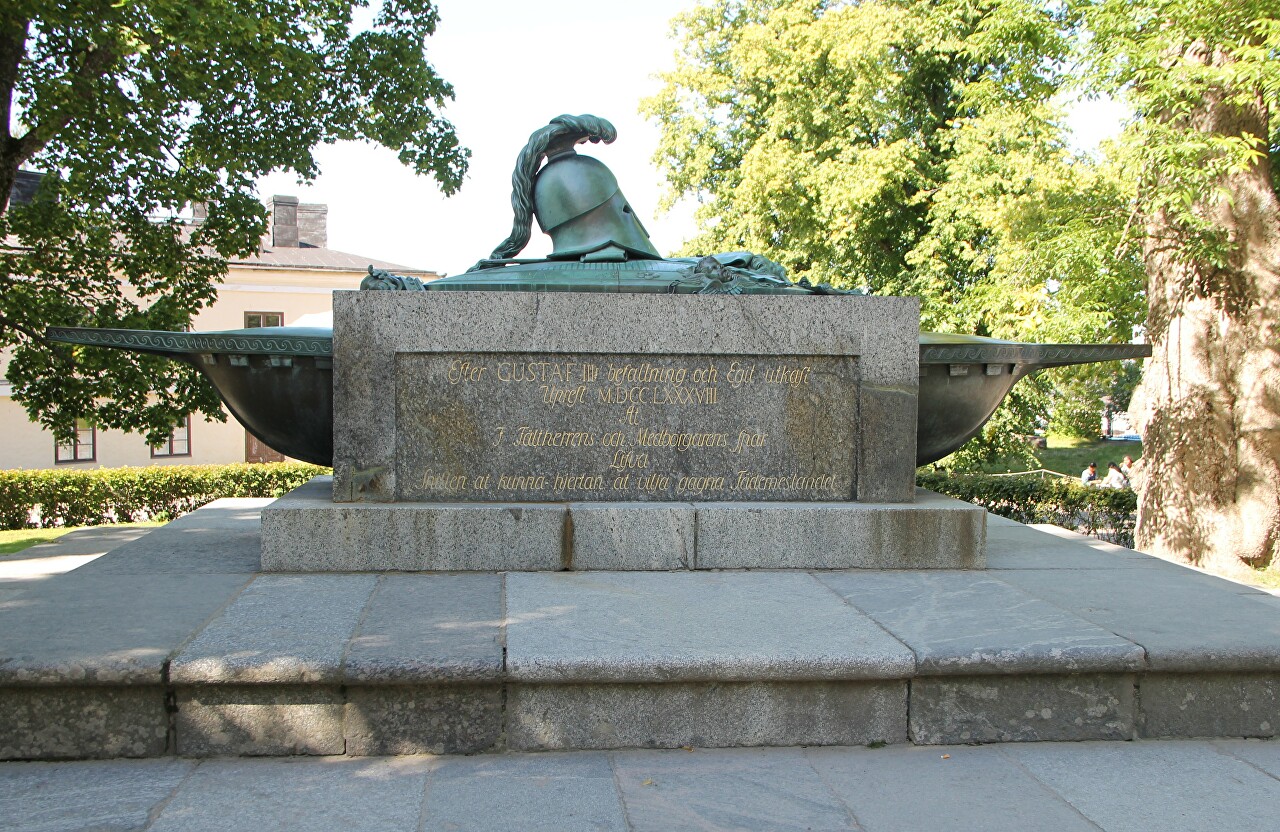 In 1736-1738 Ehrensvärd studied fortification abroad, in 1739 he joined the Royal Academy of Sciences and taught mathematics and mechanics at the artillery school. He took part in the Russian-Swedish war of 1741-1743, in 1745, as part of the army of Frederick the Great, participated in the battle of Soor. In 1746, he was promoted to the rank of major, a year later to Lieutenant Colonel, and two years later, Ehrensvärd became commander of the artillery with the rank of Colonel. 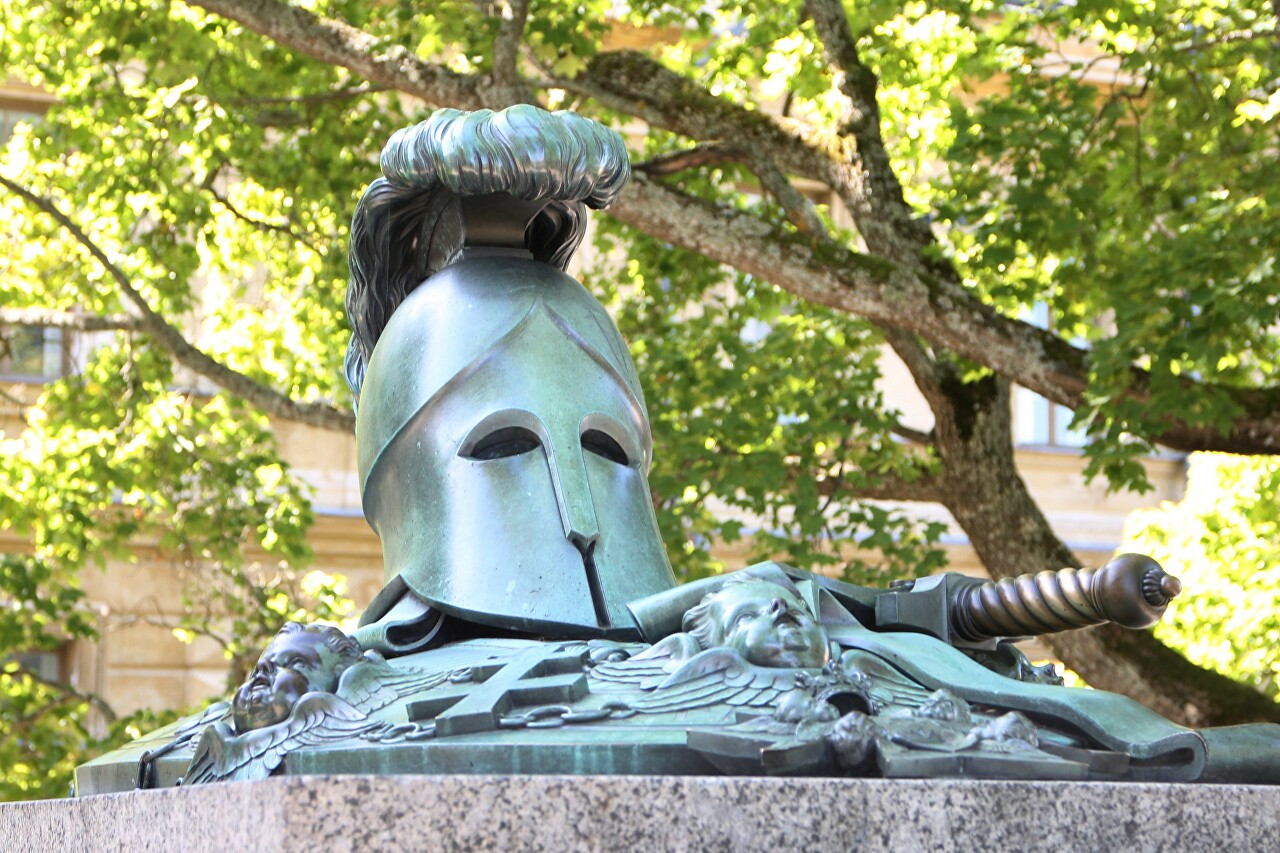 Ehrensvärd enjoyed great authority and exerted considerable influence on strengthening the state's defense capability. After the conclusion the Treaty of Åbo, under which Russia received part of the Finnish territories, he was engaged in strengthening the new border. In 1747, on his initiative and according to his drawings, the construction of the fortress of Sveaborg began. In 1756, Ehrensvärd achieved a reorganization of the galley fleet, including it in the army and organizing its base in the new fortress. Augustin ehrensverd died on October 4, 1772 and was buried in the fortress in sveaaborg, the tombstone was made by the famous Swedish sulptor Johan Tobias Sergel. In the house of the commandant of the fortress now houses a Museum Ehrensvard. 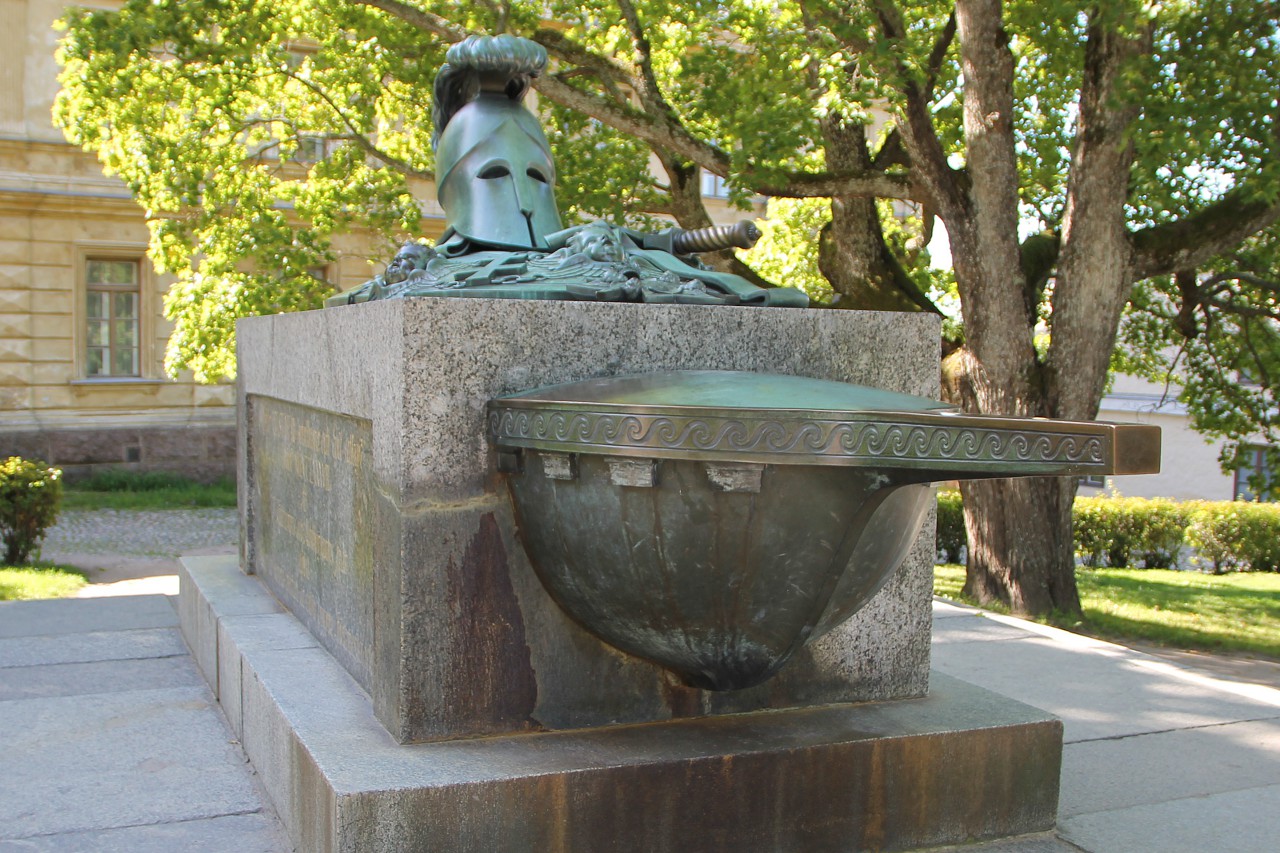 Several examples of the fortress's artillery were located nearby. 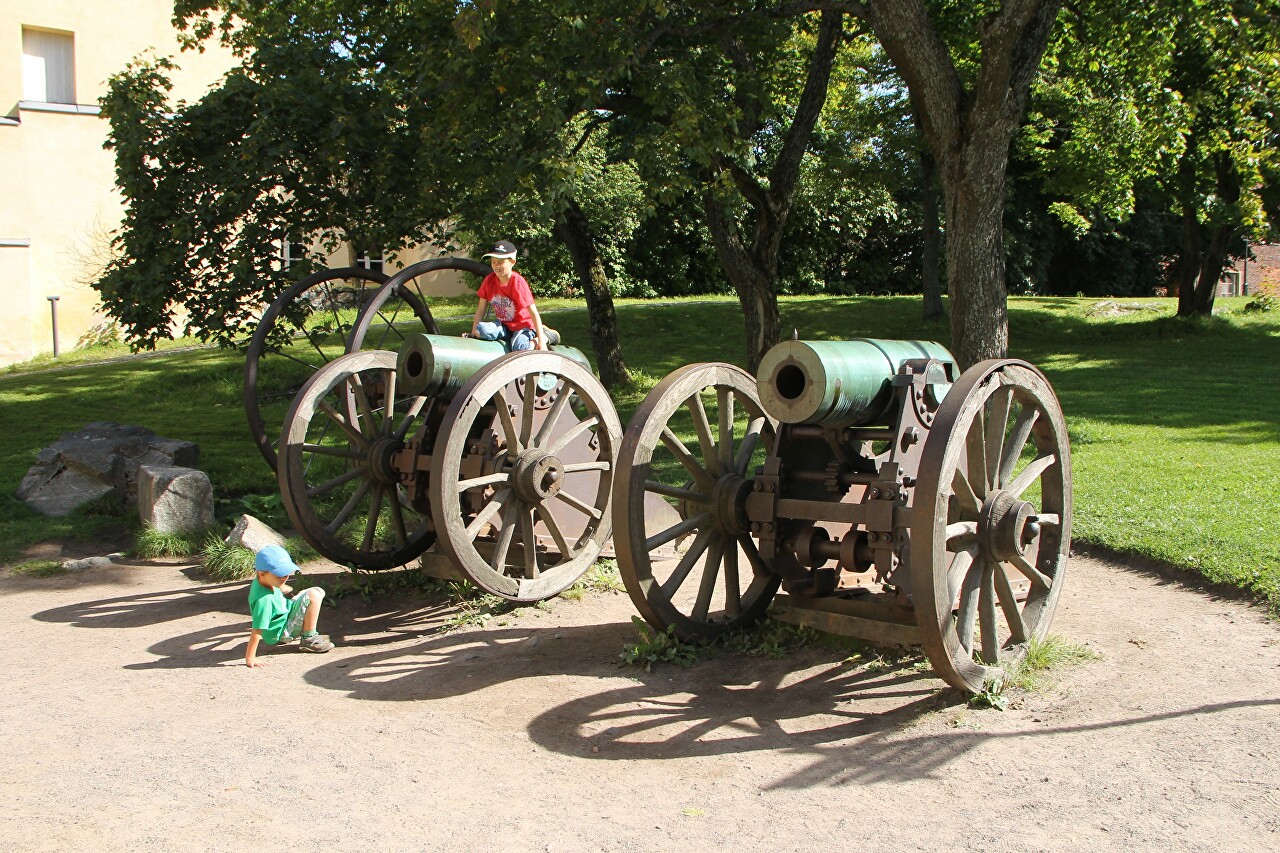