In the forties of the nineteenth century, the pastry chef Johan Daniel Jernegrenin opened a small pavilion in the Esplanade Park to sell lemonade and sweet pastries. The building was shaped like a small church and quickly became known among Helsinki residents as Kapeli, which means "Chapel" in Finnish. There is another version of the origin of the name: before the pastry shop, there was a small kiosk where a shepherd boy sold milk. The association with the chapel originated from the Latin word "pastor" (shepherd). Personally, this version seems far-fetched to me, but, one way or another, "Kapeli" later became the official name of the restaurant. 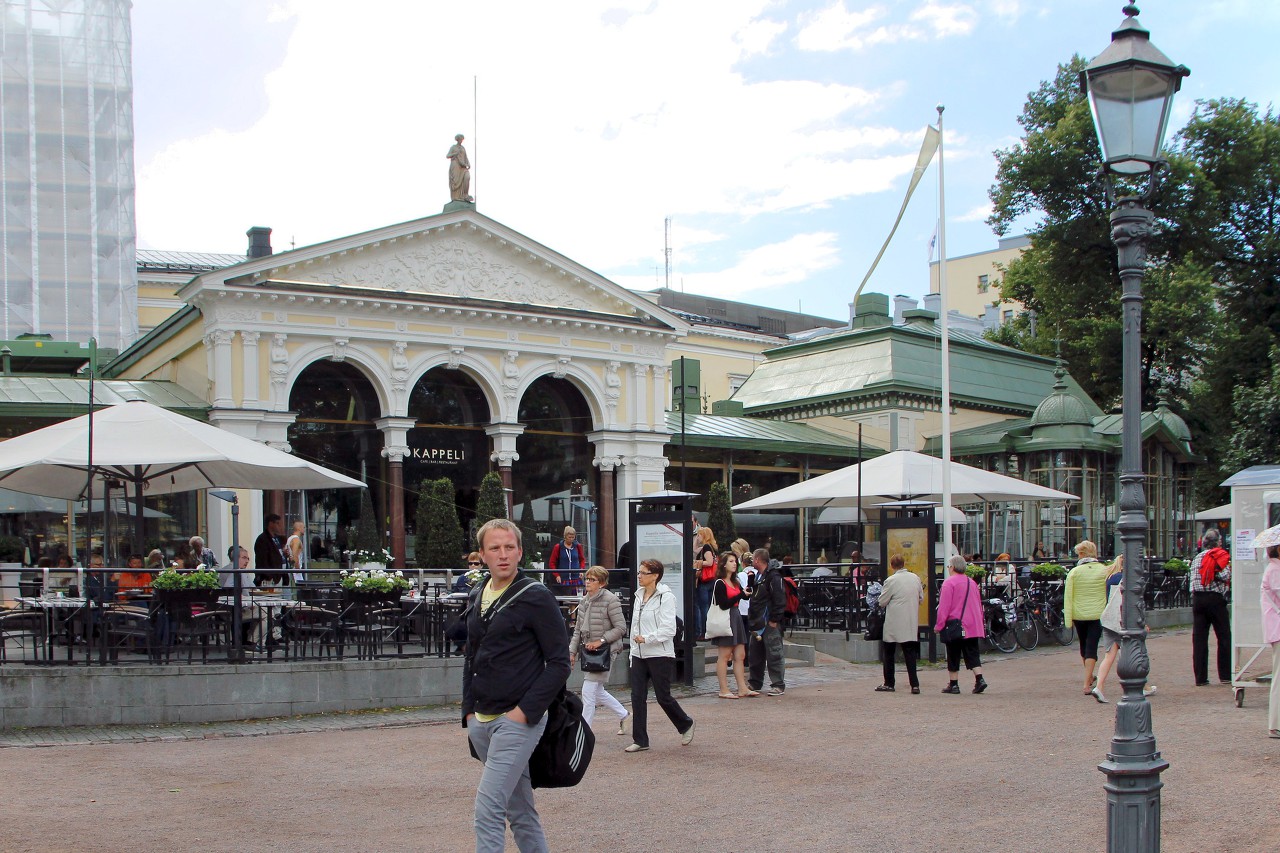 The business turned out to be profitable, and in the eighties the pastry chef decided to open a large restaurant in the park. The new building was designed by architect Hampus Dalströmin, and was built, not surprisingly, entirely of wood. The restaurant was opened on June 4, 1867, coincidentally the day the future Marshal Mannerheim was born. 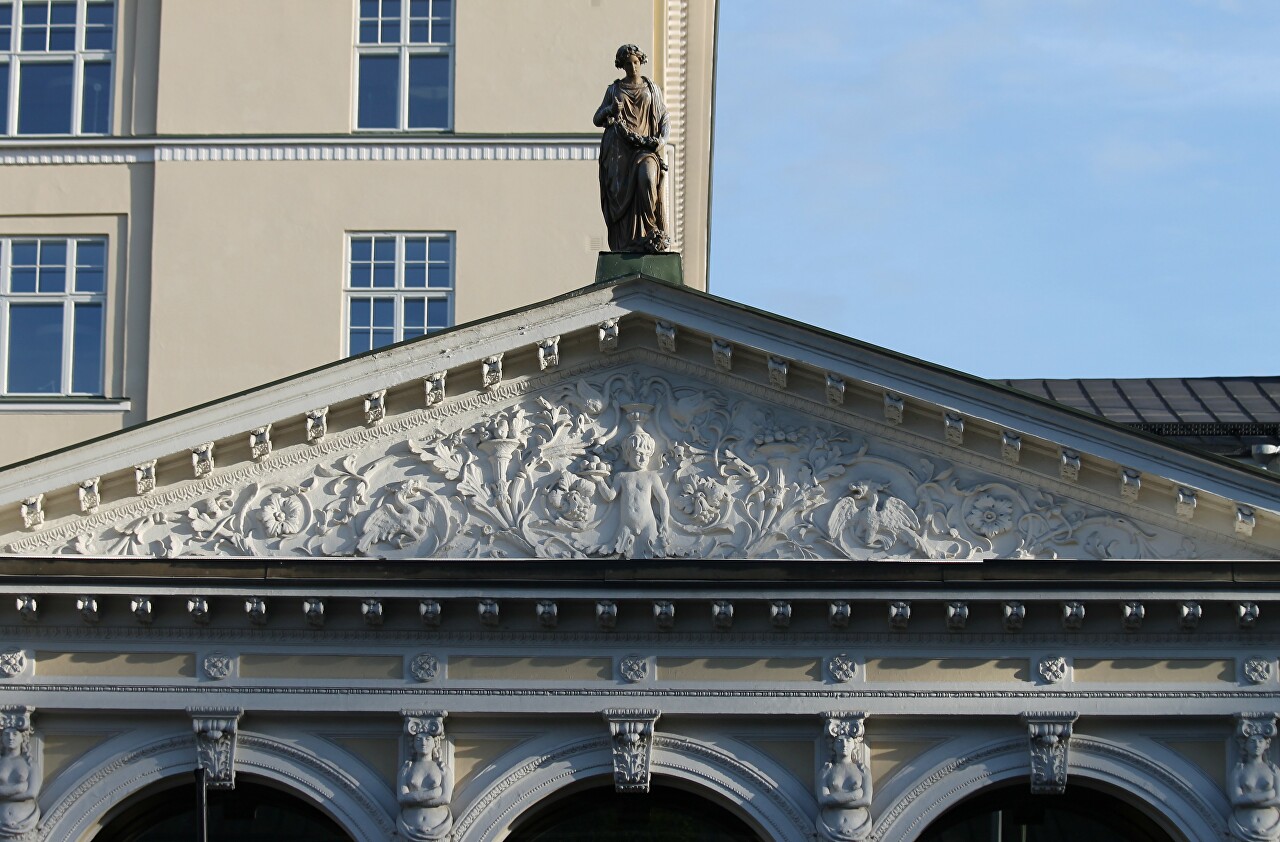 The first regular customers of the restaurant were journalists, and ordinary people came here not only to drink tea or beer, but also to hear the latest news from the original source. In 1883, the owner of the restaurant became Josef Wolontis, who turned it into a meeting place for representatives of the art world. Writers, poets, musicians, artists, and theater figures began to spend their time here. This period is considered the golden age of the "Chapel". 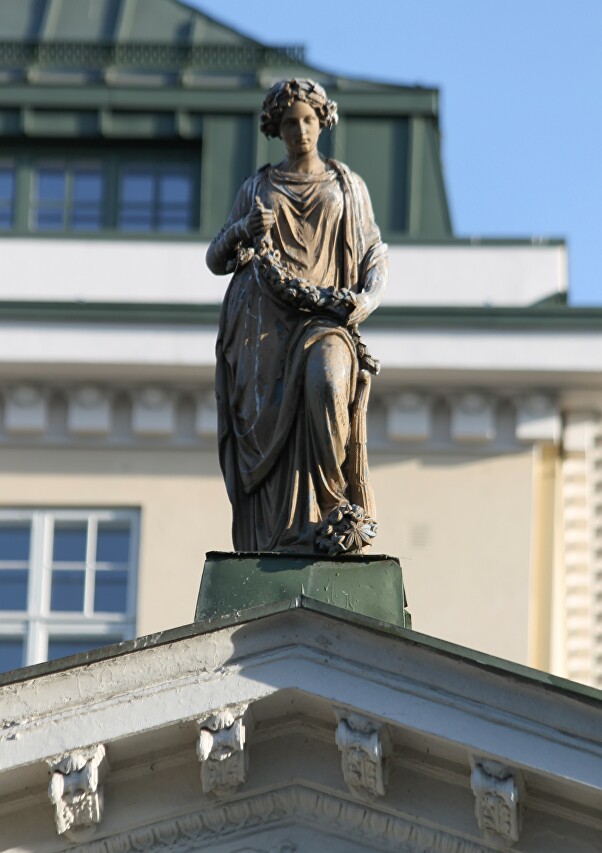 Kapeli's regular clients included writer Juhani Aho, poet Eino Leino, and composers Jean Sibelius and Oskar Merikanto. Artists Akseli Gallen - Kallela and Albert Edelfelt held their exhibitions in the cafe, and some of their paintings can still be seen in the restaurant today. 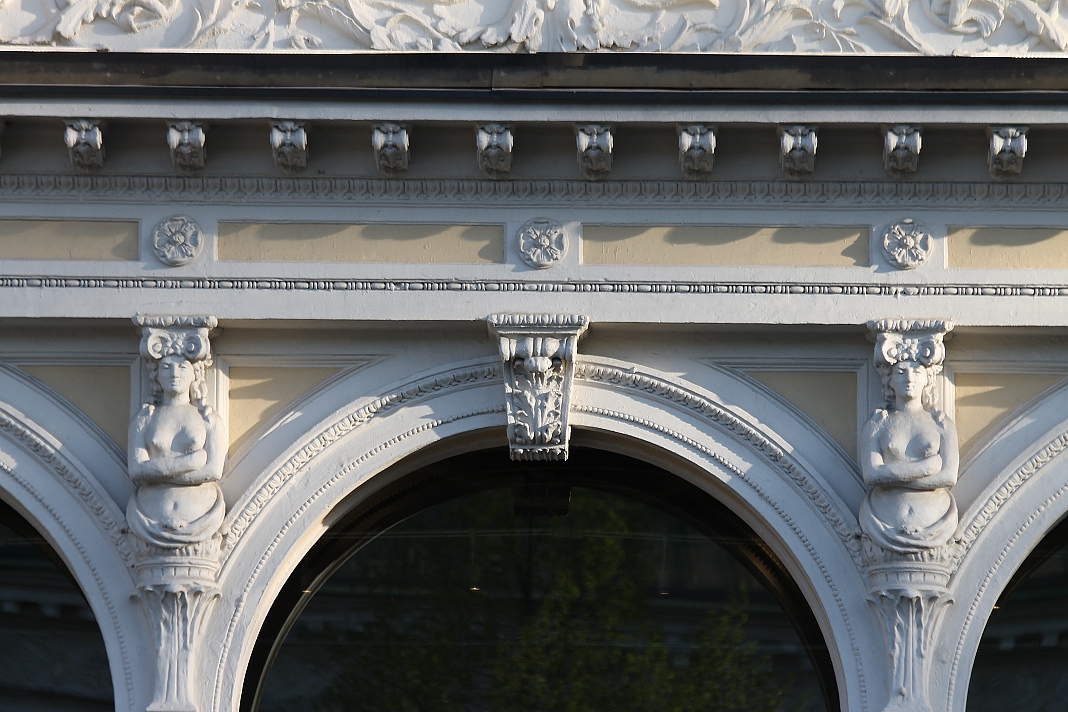 For the first time in Finland, Volontis began to serve chilled beer in the summer, for this purpose, a glacier was built in the basement of the restaurant. In the same period, glass pavilions in the Art Nouveau style were added in front of the side wings of the building. 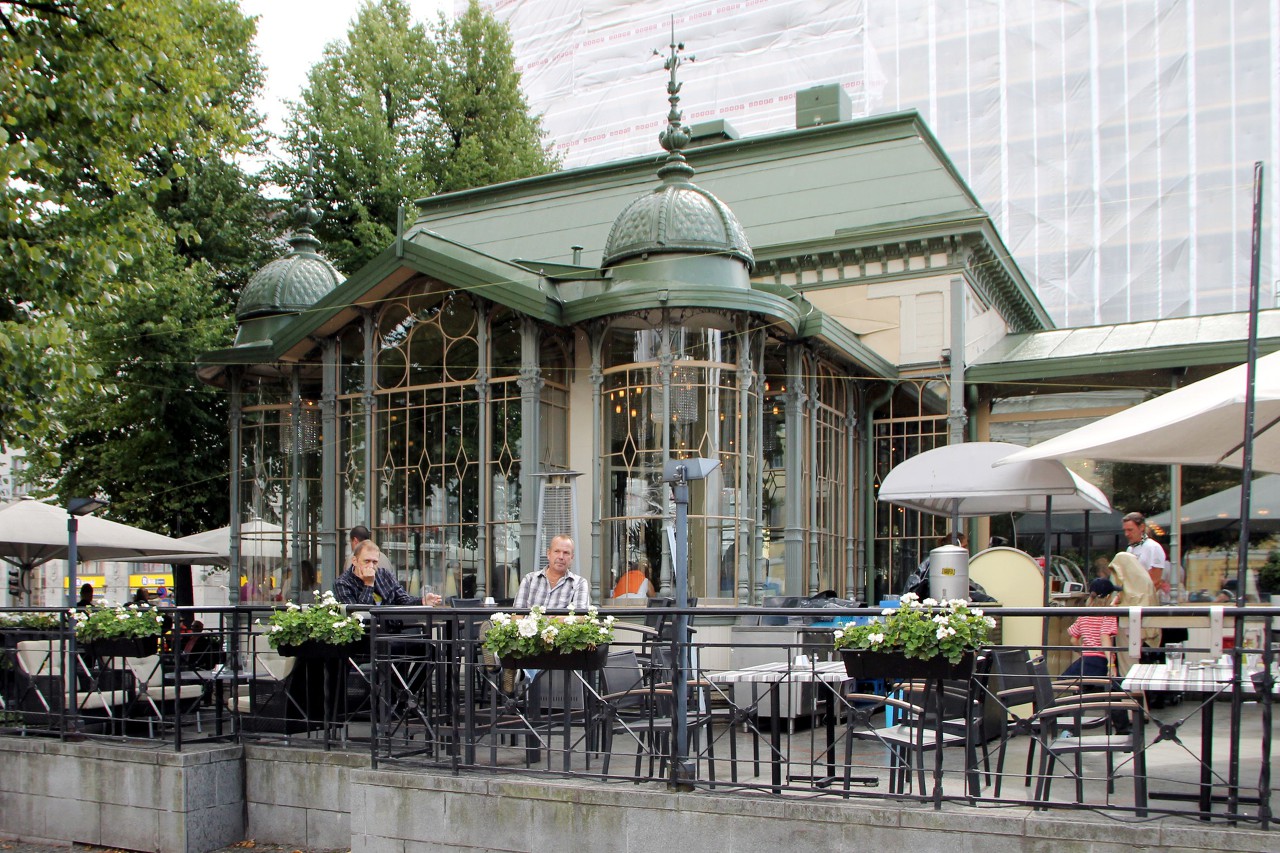 In 1919, a ban on the sale of alcohol came into force in Finland, and the owner made a bet on high-quality and inexpensive lunches and dinners. However, without hot drinks, the poorly heated building lost its appeal to the public in winter, so it did not work. Winter downtime of the building without heating did not benefit the wooden structures, by the fifties of the twentieth century, the famous "Chapel" was so dilapidated that it became dangerous to stay in it, and the restaurant stopped working for a long time. 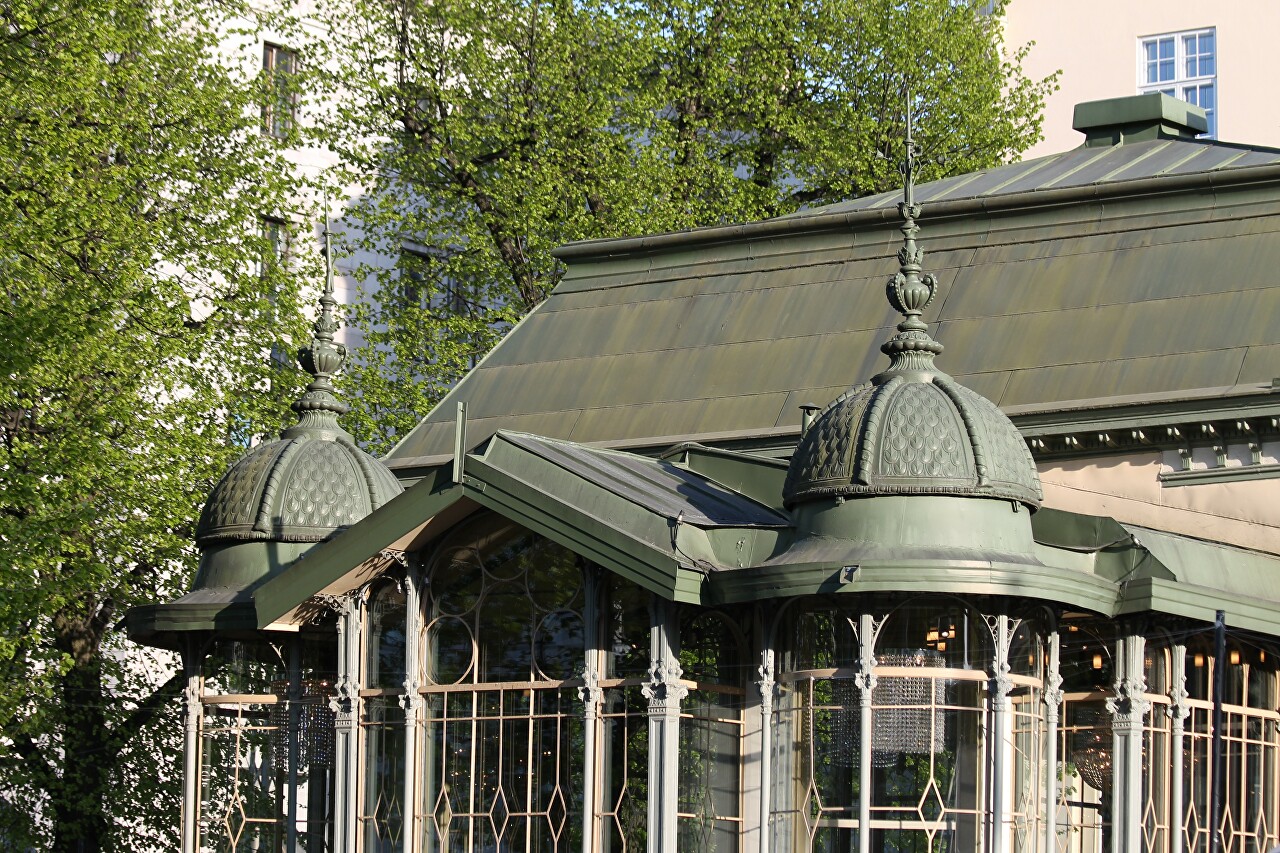 The revival began in the seventies, the building was renovated, heating was adjusted and the restaurant resumed work without interruptions for the winter. Now Kapeli has a bar with drinks and a cafe, and the restaurant serves traditional Finnish cuisine. On the second floor there is a hall for banquets and special events. 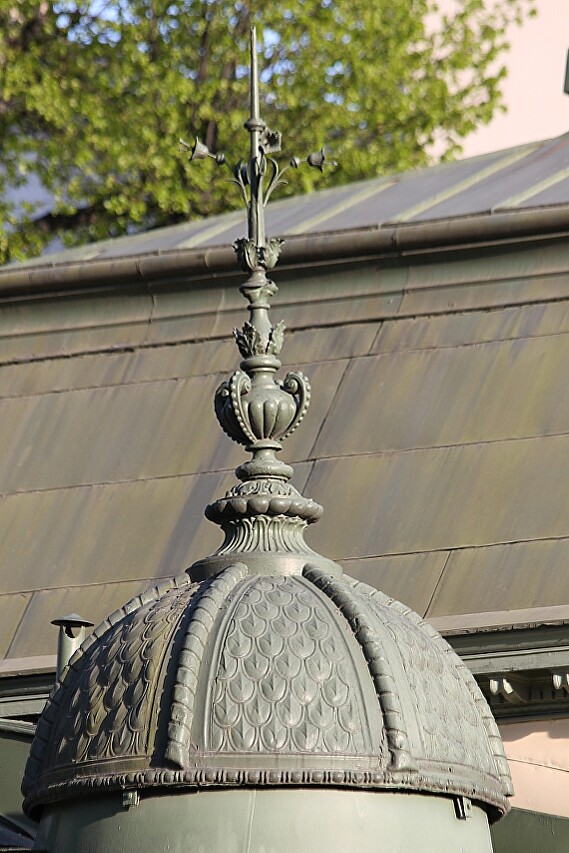 The restaurant serves traditional Finnish cuisine, and the selection changes weekly. In summer, a business lunch with several ready-made menus is available, and during this period, a 150-seat terrace is open. 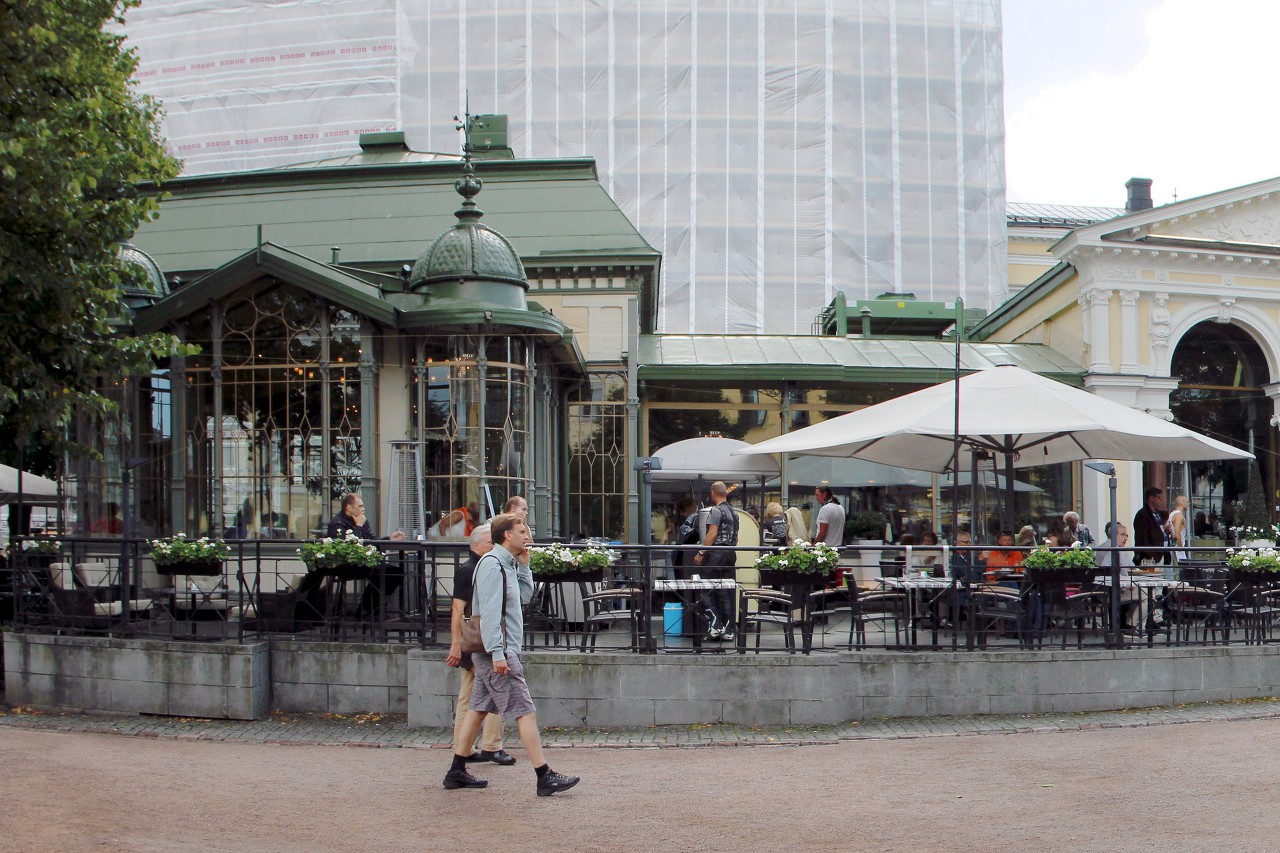