Regional train from Tarragona is just over an hour reached the Tootsy, a small town in the province of Tarragona. Already five centuries before our era the ancient Iberians founded a trading settlement. Thanks to the deep river Ebro, which allowed sea-going vessels to come, the city became a transit point of Maritime and inland trade routes. In the second century BC the city became part of the Roman province of Tarraco. The Romans gave the city the name Derosa, was erected fortifications and built a shipyard. At the beginning of the 6 century on the territory of the collapsed Roman Empire, the barbarians rushed, and 506 year of Derosa came under the control of the Visigothic king Alaric II. In the ninth century the Visigoths pushed the Muslims, who built here a powerful fortress, and gave the city the name Taifa. Under the rule of the Christians returned to the city in 1148, the count of Barcelona Ramon Berenguer IV gave the city real name. In the middle ages the town suffered ethnic-religioznye disasters - the expulsion of the Jews and 15 Arabs in the 17th century that caused economic decline. In the years 1810-1814 Tortosa suffered from the invasion of Napoleon, from recent history the city is known for the battle of the Ebro - the turning point of the Civil war in Spain. Now the city is home to 36 thousand people. A quarter of the population are expats from almost hundred countries of the world.

Google drew a route to the hotel more than a mile, but it was a lot easier (thanks to Nokia Maps!) - Hostal Virginia (map) is just two hundred metres from the station. The search engine that "knows all", does not know that the railroad bypass is not necessary because they are not from 2010. Despite the fact that it was not even 12 hours, and in buckingway was the time of check-in after 14, I was given the room key, which, however, has not yet been removed. While I had dinner in the hotel restaurant, the room put in order. In total the school made a most favorable impression.

introducing Tortosas let's start on the waterfront of the river Ebro, where we will walk through Railway bridge (Pont del Ferrocarril map).

Actually the pedestrian bridge is now clean, and got its name in 1867, code was built as an overpass on the railway line connecting Barcelona with Valencia. 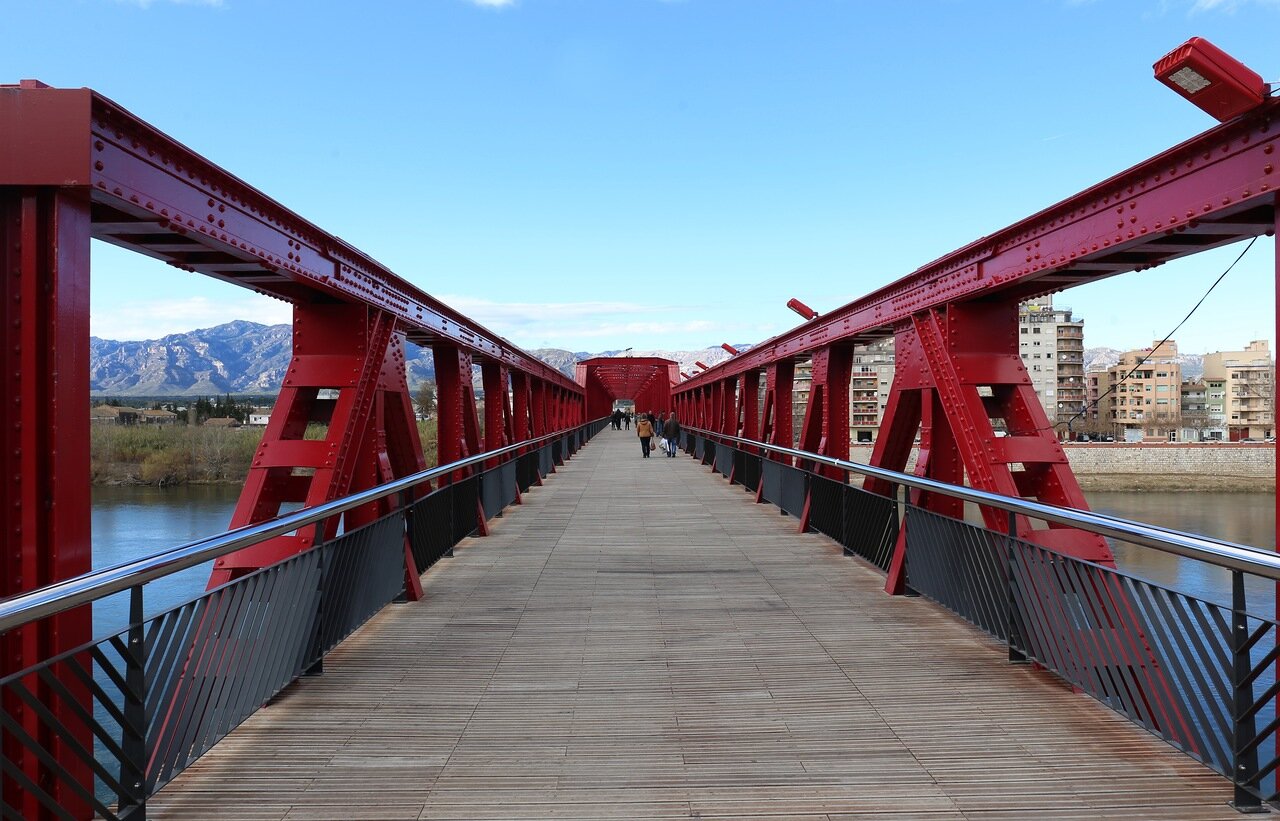 In 1911-1913, the bridge was reconstructed, in fact, rebuilt, then came steel truss spans that we see now. In 1938, during the battle of Ebro, which became a turning point of the Civil war, three spans of the bridge were blown up by the Republicans during the retreat. 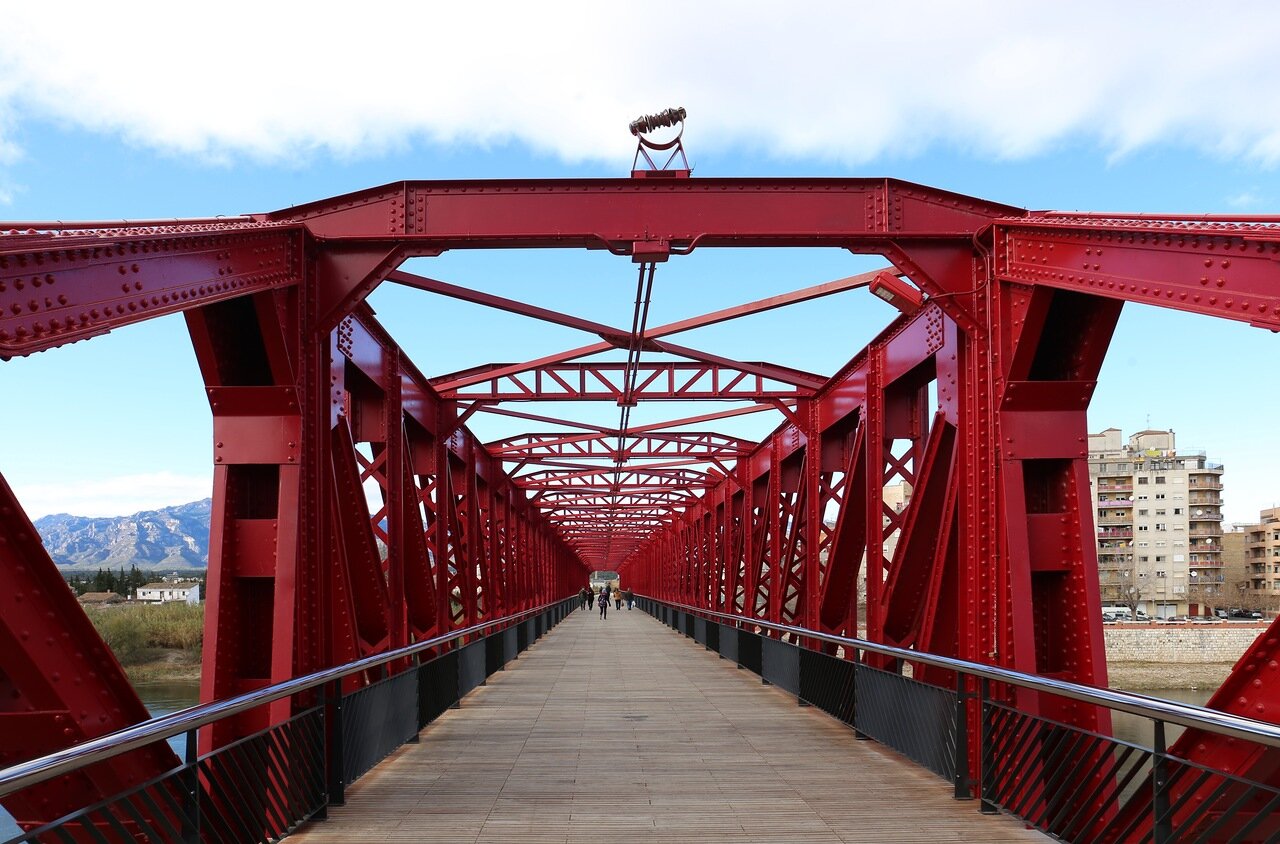 After the war, in 1940, the bridge was rebuilt and served for more than half a century. In connection with the opening in 1997 of the "Mediterranean corridor" (Corredor del Mediterrani) trains began to walk along the coast, and plot Freginals-Sanat-Barbarbar-Tarots became a dead-end branch. 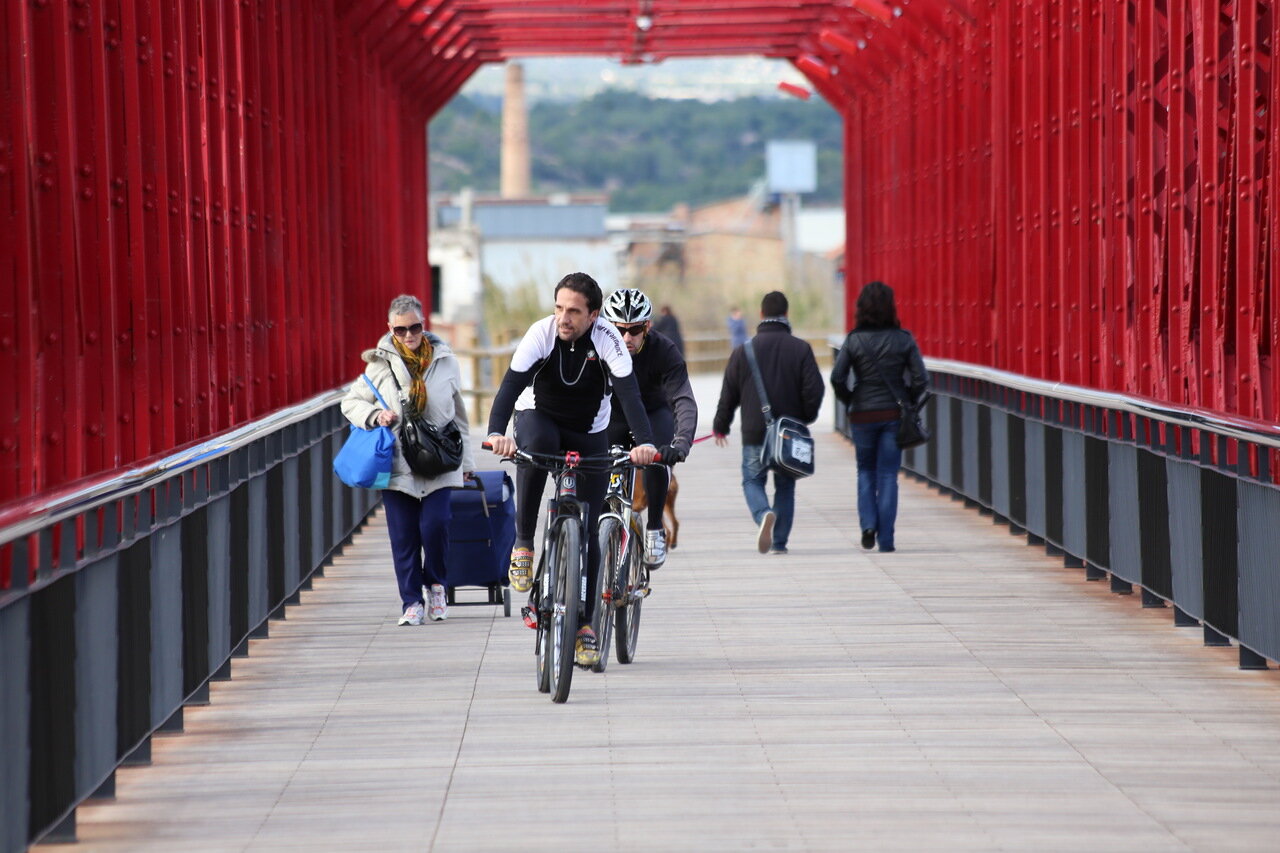 In 2010, city officials had removed the road and restored the bridge, making it pedestrian. The bridge not only connected the right-Bank part of the city centre, and is popular as a place for walking. 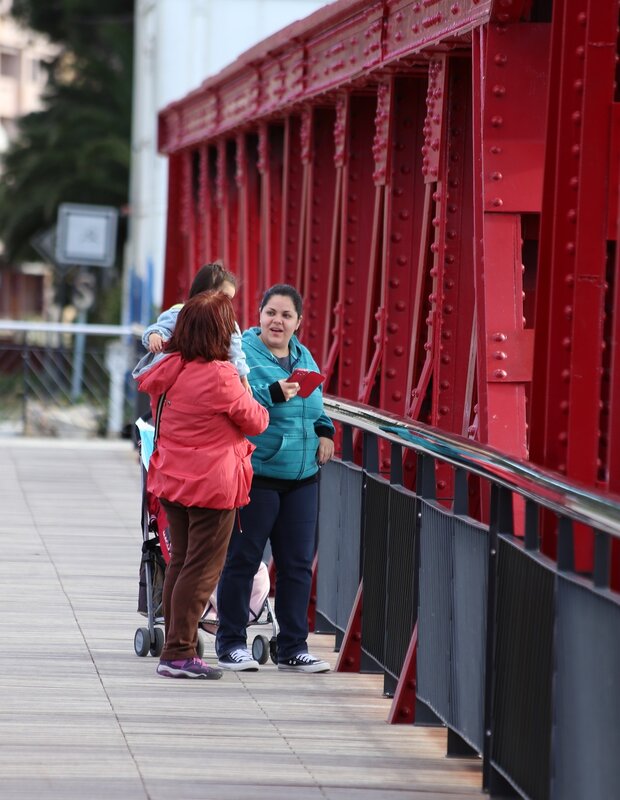 Well, and, of course, was tortesin "bridge of love", here a pair of lovers hold their fidelity, throwing the keys into the water. 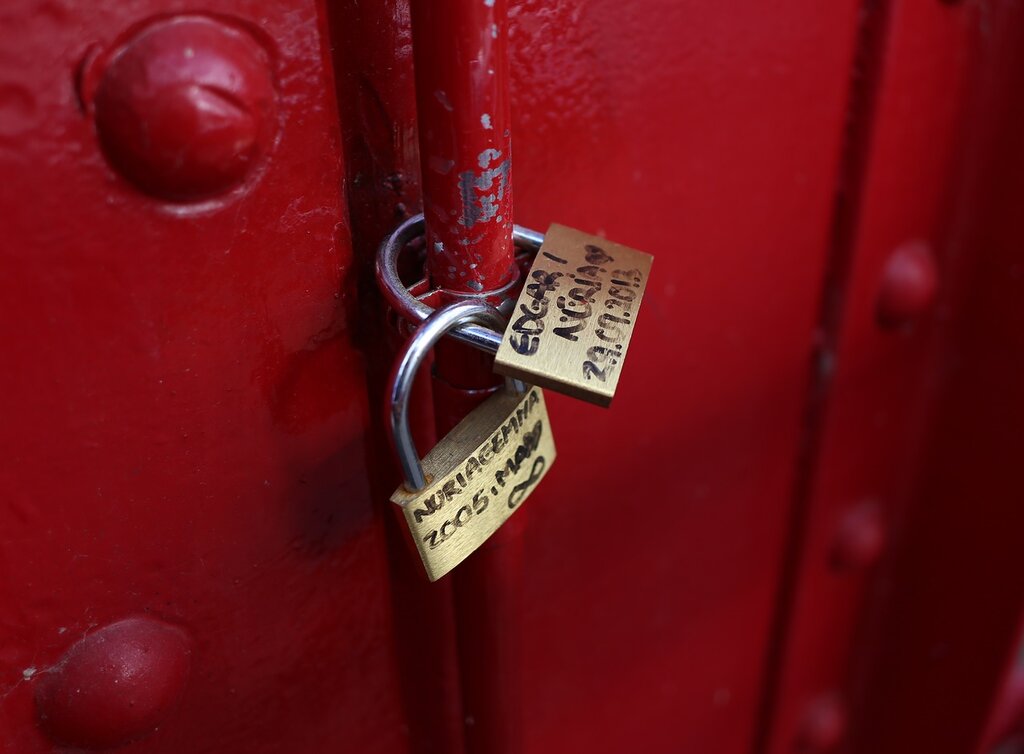 the bridge offers a wonderful view of the Ebro river and the Central part of the city. 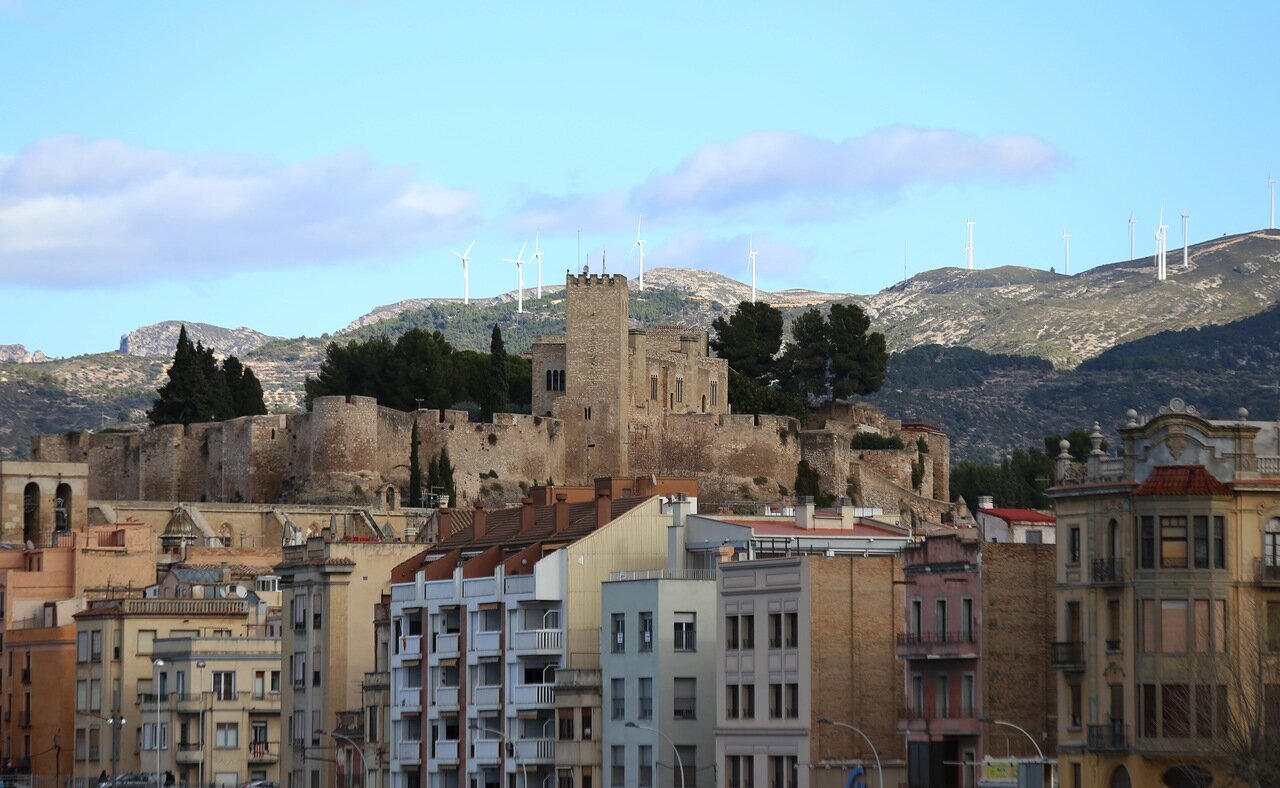 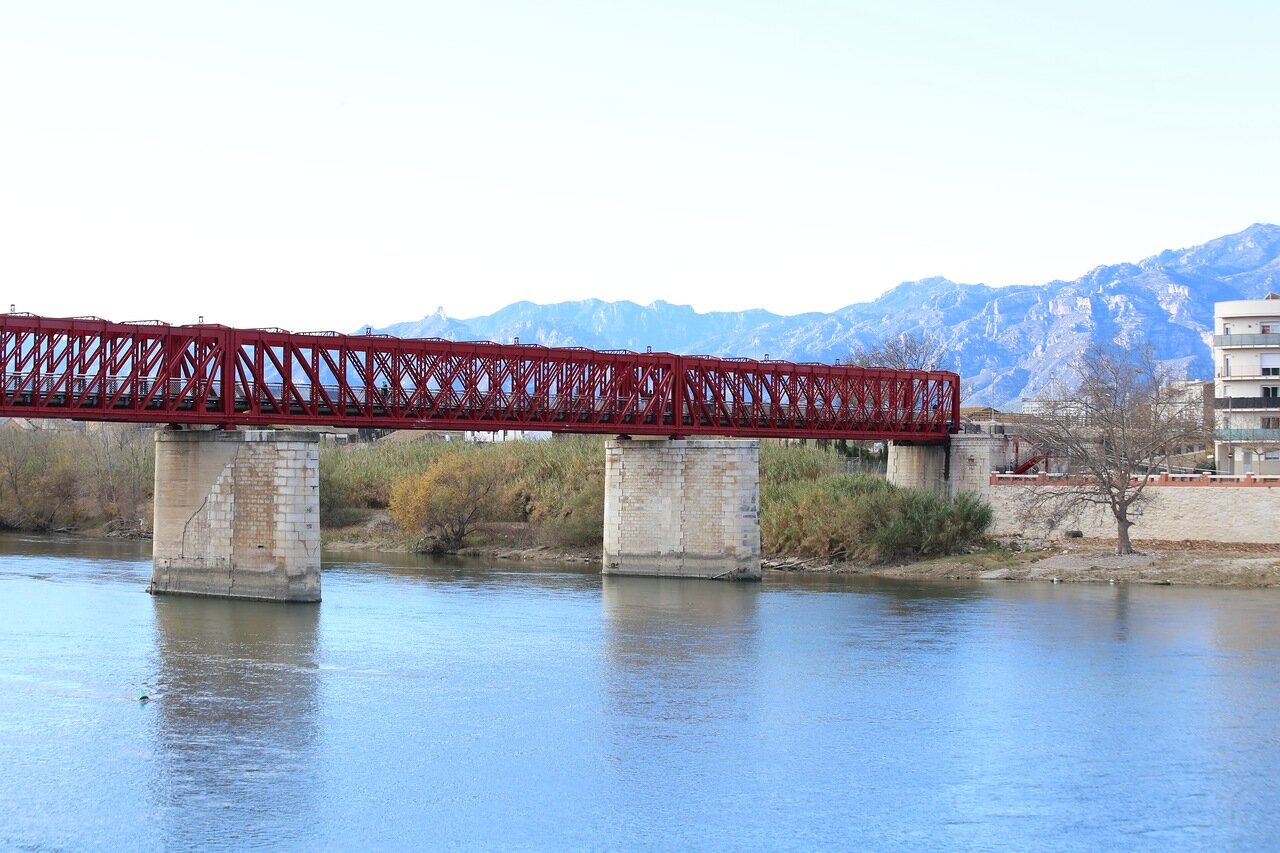