Tortosa. Monument to the battle of the Ebro (Monumento a la Batalla del Ebro)

Next to the Civic bridge, the Frankish monument to the battle of the Ebro rises directly out of the water (Monumento a la Batalla del Ebro on the map). 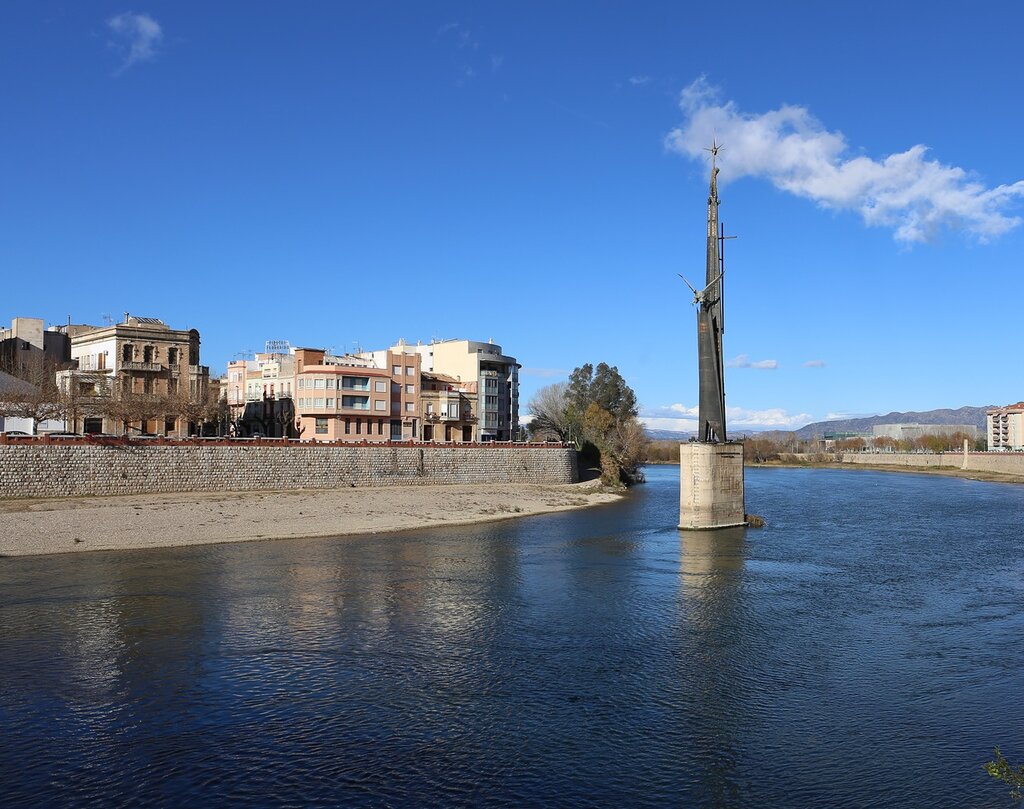 The battle lasted from June to November 1938 and was the last attempt of the Republicans to seize the initiative at the front, which ended in their crushing defeat. The battle became a decisive one in the Civil war, after which the Republican army could no longer recover and began to lose ground irreversibly. 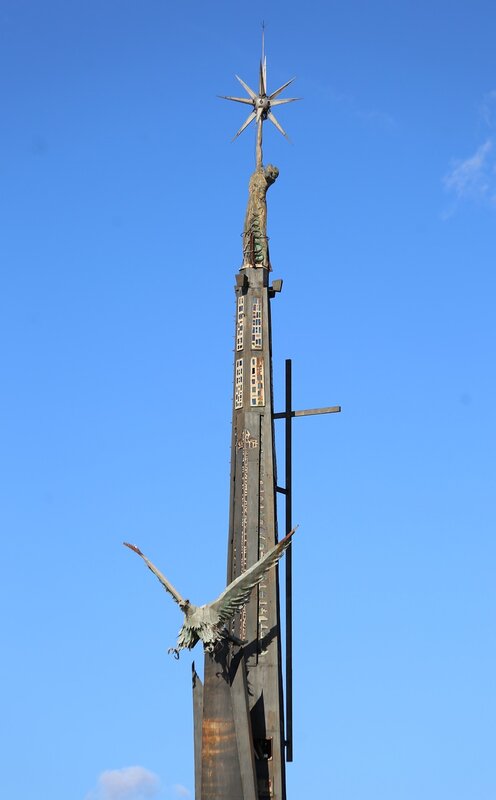 Monument made by the sculptor Lluis M. Saumells Panadés) mounted on the support of a blown-up bridge. The monument was opened personally by dictator Franco on June 26, 1966. 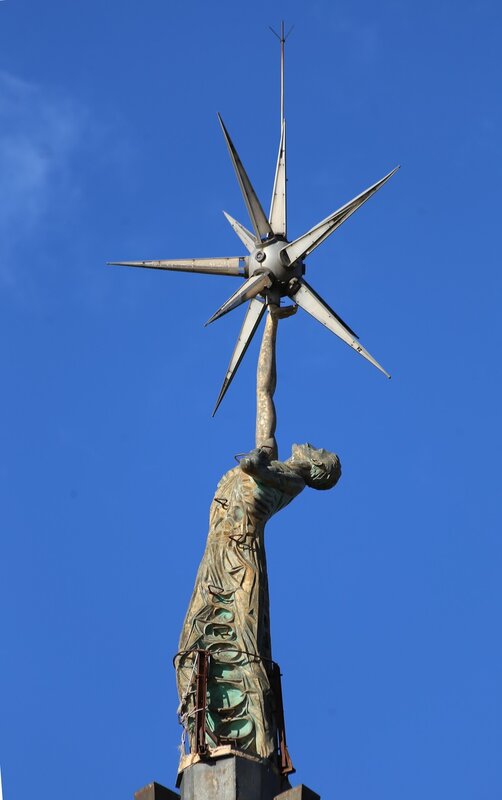 There are periodic debates in the city about the need to dismantle the monument, but common sense still wins...whatever it symbolizes, the monument is one of the main decorations of Tortosa. I personally liked the creation of Panades, although the monument looks somewhat neglected. 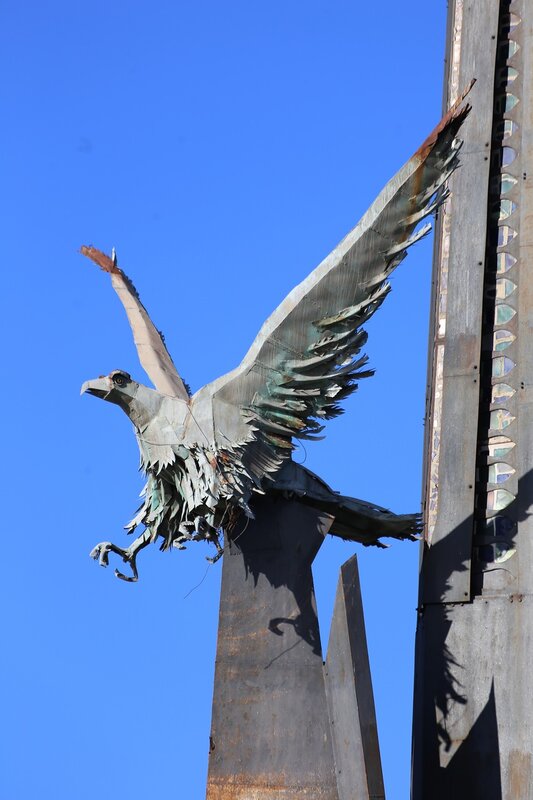