Behind the State bridge, the Rambla de Felip Pedrell runs along the Bank of the Ebro)built in 1945 and named after the Catalan composer, born in Tortosa. The embankment separated the rear facadeThe Bishop's Palace (Palau Episcopal on the map) from the water that previously lapped at its walls. The front facade of the Palace faces the narrow Carrer de la Croera street, to the right of theA Cathedral, and frankly, without knowing what it is, it is quite difficult to pay attention to it. 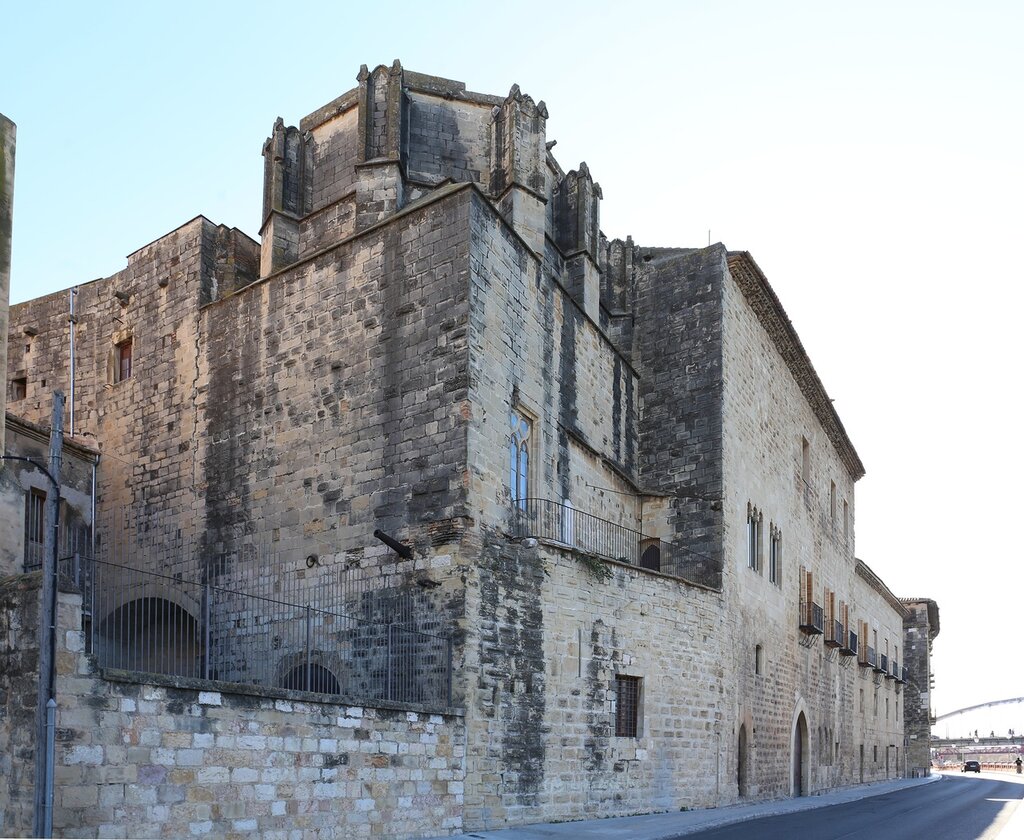 The Gothic Palace was built in the 14th century on the instructions Of Berenguer Prats, Bishop of Tortosa. In the 18th and 19th centuries, the Palace was rebuilt, as a result of which the front facade underwent changes. 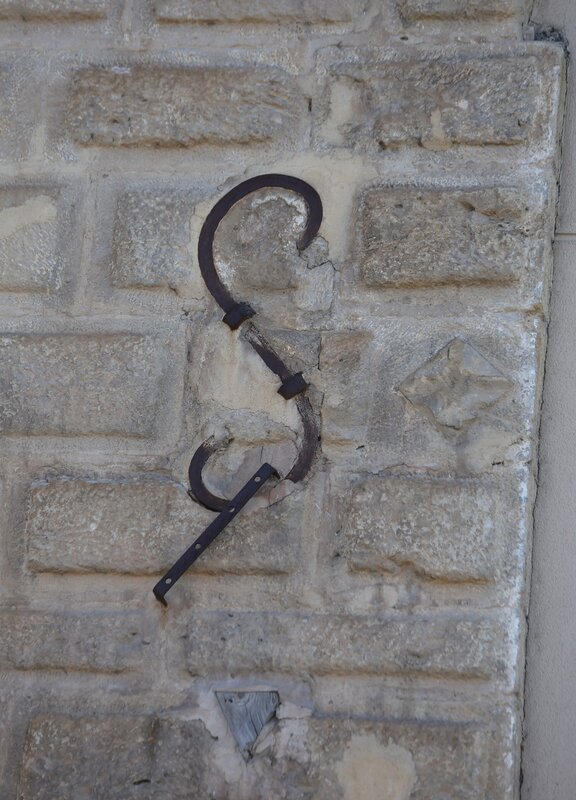 In the 17th century, the Palace was expanded by adding two buildings. The best view of the Palace can be obtained from the embankment, this part of it has been preserved in an authentic form. According to archaeologists, the site of the Palace was occupied by Roman, and later Arab shipyards. 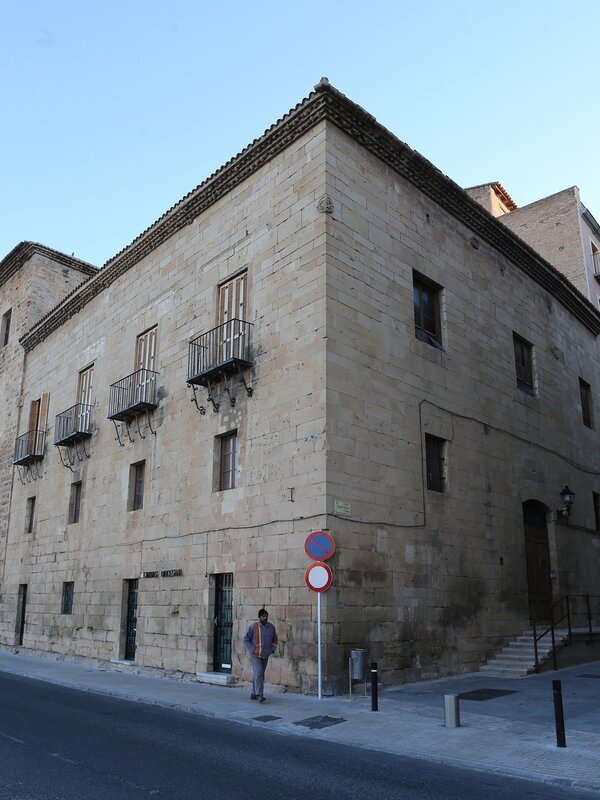 The Palace is adjacent to a quarter populated mainly by migrants, there are many abandoned buildings, some of them commemorating the bombing of the Civil war. 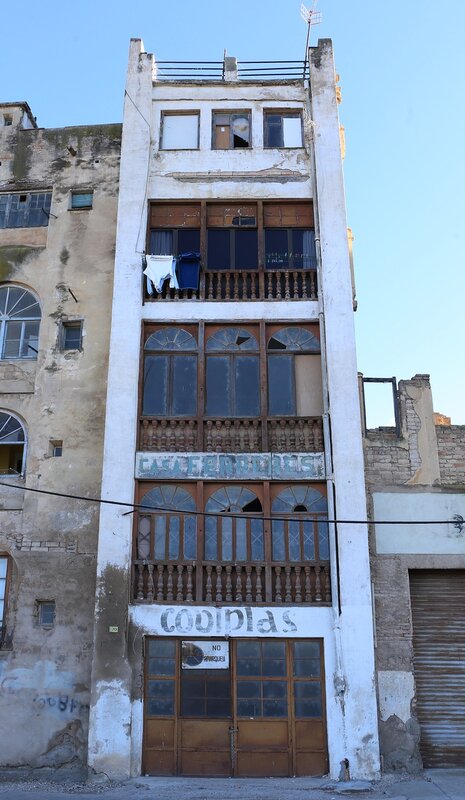 I read that there are a lot of Gypsies here and it is better not to go here alone, not to light the camera equipment...however, these streets were almost deserted. In General, Tortosa is considered a city of migrants, who make up a quarter of the population and represent 96 countries of the world. 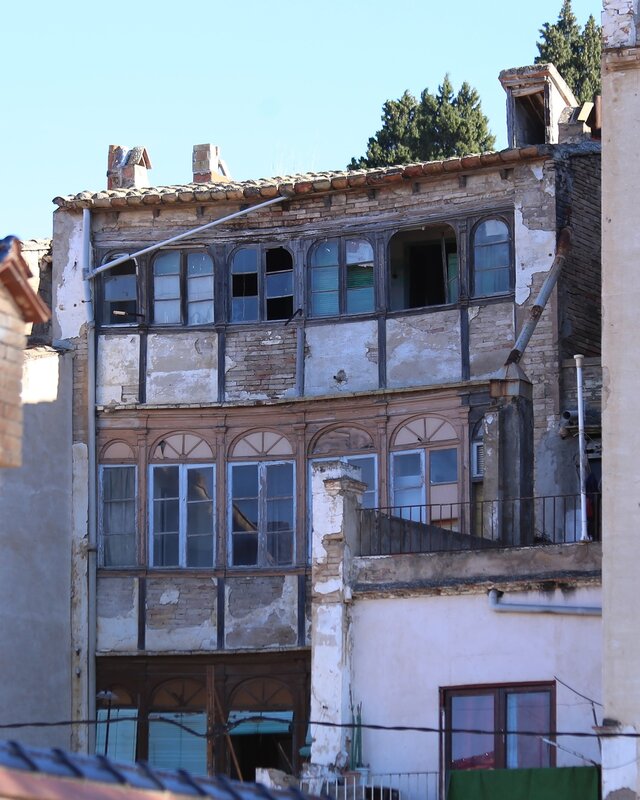 Some houses are clearly of architectural value, but the city authorities have not yet reached their hands on them. Tortosa has recently taken a serious interest in attracting tourists, and the landmark buildings have been restored in the last 10-15 years. I think that the city, which has a rich history, still has everything ahead of it. 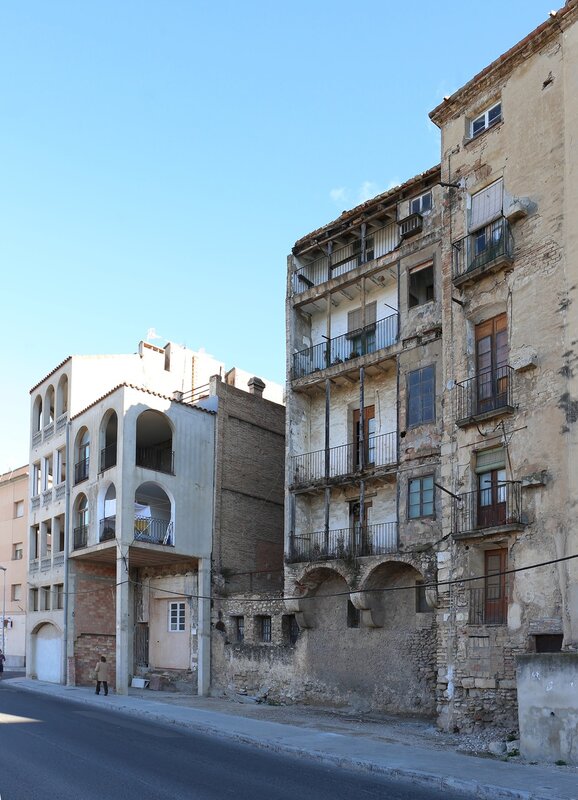 The Renaissance facade is hidden behind the houses of the Felipe Pedrel embankmentThe Cathedral. 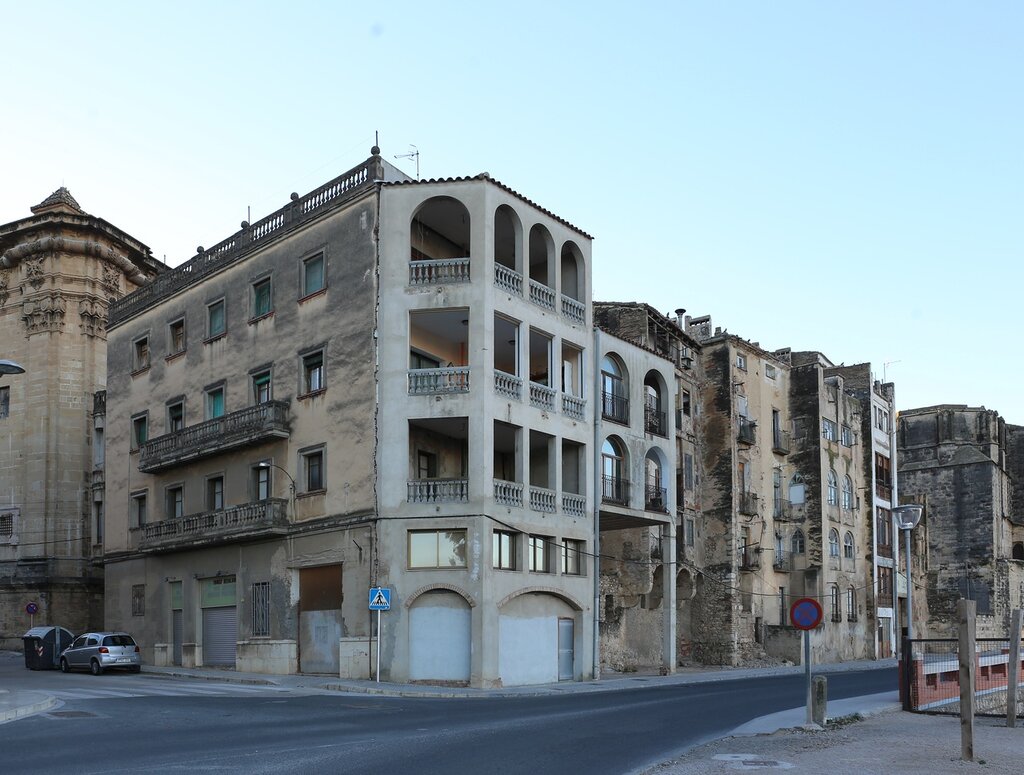