From Mosen Sol square, turn into the narrow street Carrer de l'escorxador, where there are several cozy restaurants. The name of the street translates as "slaughterhouse", which, presumably, was located in this area. Later, at the beginning of the 20th century, on the Bank of the Ebro river, the municipal comples slaughterhouse was built, which became a perfect example of art Nouveau style. 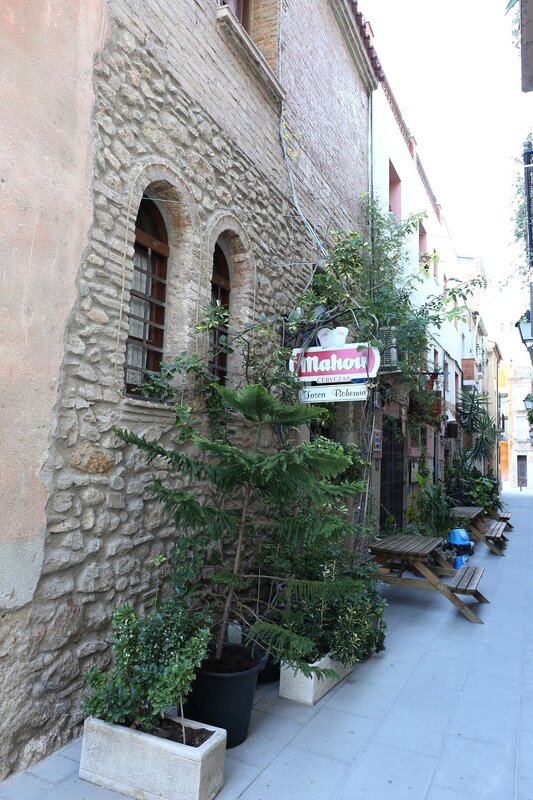 It is difficult to imagine how this obviously drinking establishment combines with riding a motorcycle. 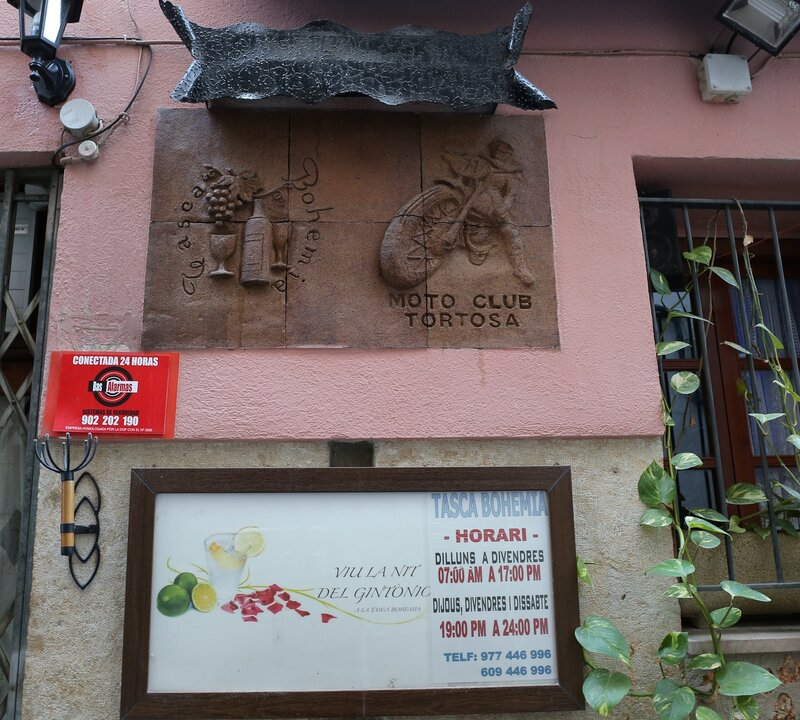 Turning to the left, and walking another block, we will see the Baroque facade of the Church of the monastery of San Hunan (Església i convent de Sant Joan on the map), built in 1734. In 1811, after the capture of Tortosa by the troops of Napoleon, the monastery housed a hospital and army warehouses, the monks returned to the building only in 1914. During the Civil war, in 1936, the monastery was shelled and burned down, after restoration in 1941, the monastery operated until 1967. The building is now occupied by the Institute of social services and the School of art and design . 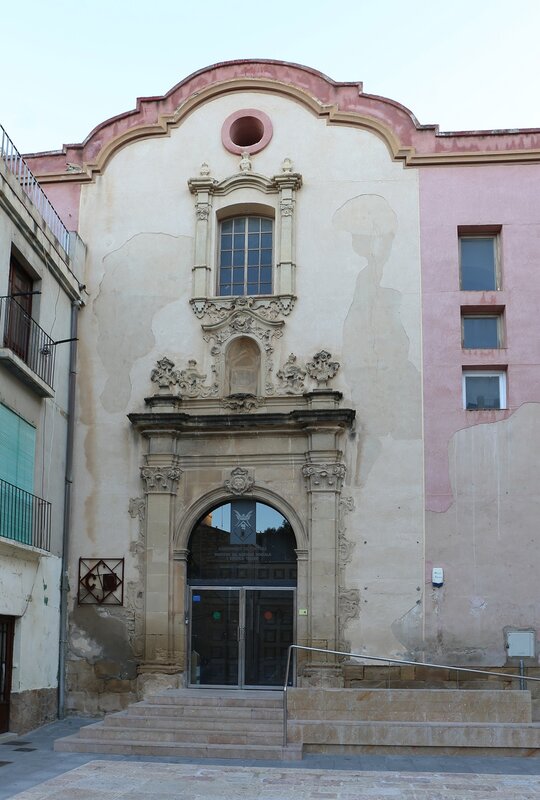 Opposite the Church is a newly improved square with an ancient well. The authorities of Tortosa are gradually removing the slums and ruins left over from the battle of the Ebro. 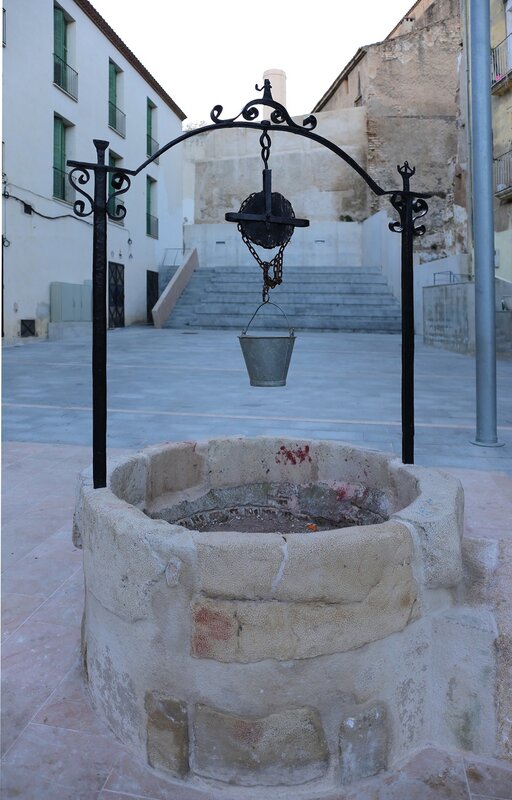 Along the streets of St. Louis (Carrer de Sant Lluís de Campredó) the monastery wall stretched out, decorated with vegetation. 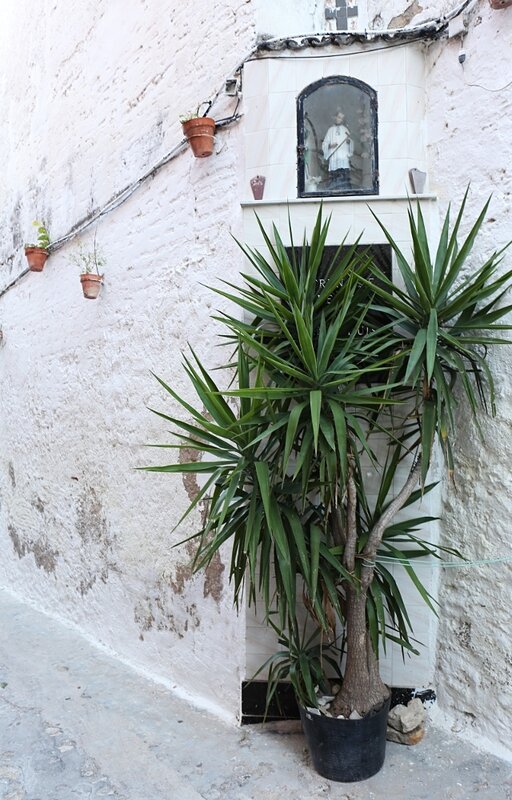 At this early hour on a Sunday, you can only find cats in the streets, which are very numerous in Spain. 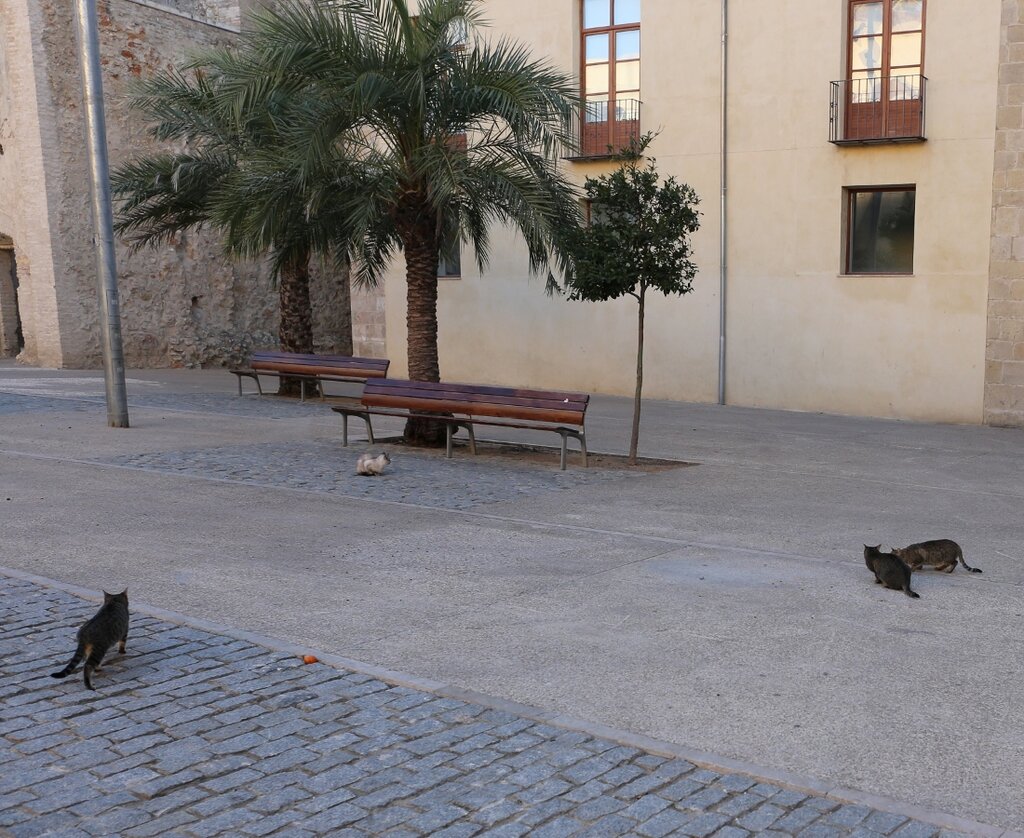