Complex Royal colleges (Reials Col·legis de Tortosa map), represents the best surviving example of Catalan Renaissance and one of the major attractions of Tortosa. In 1544 when Dominican monastery in Tortosa was opened a theological school for young Muslims who accepted Christianity as a result of the Reconquista. The school was named College feast of St. James, and Matthew (Col·legi de Sant Jaume i Sant Maties de). 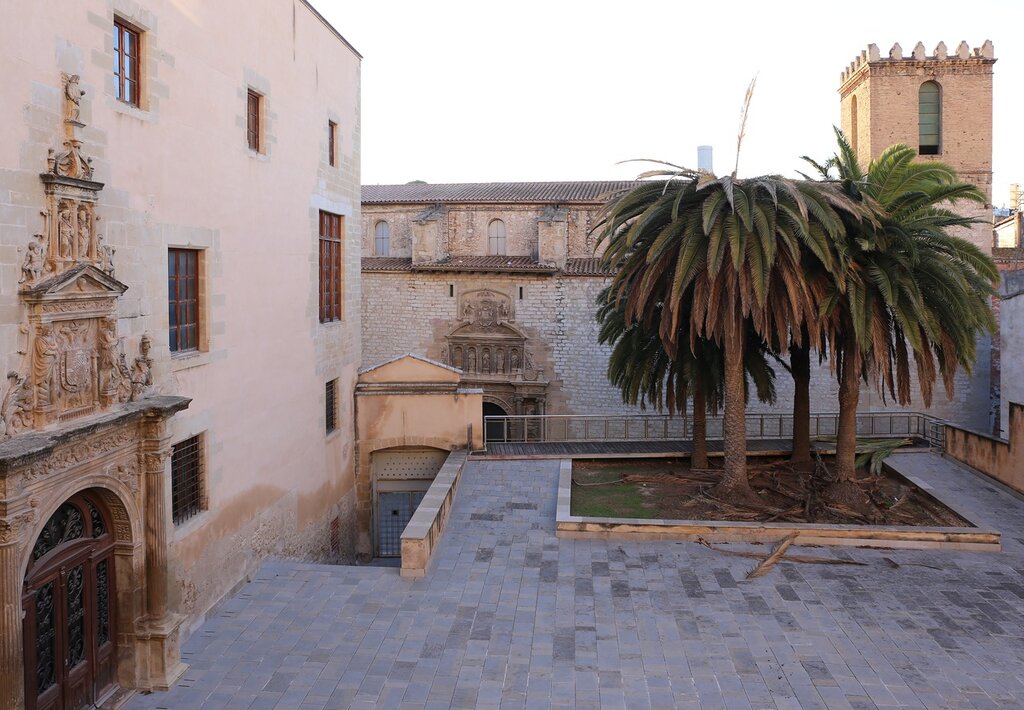 a look at the entire complex from the height of chateau De La Suda. 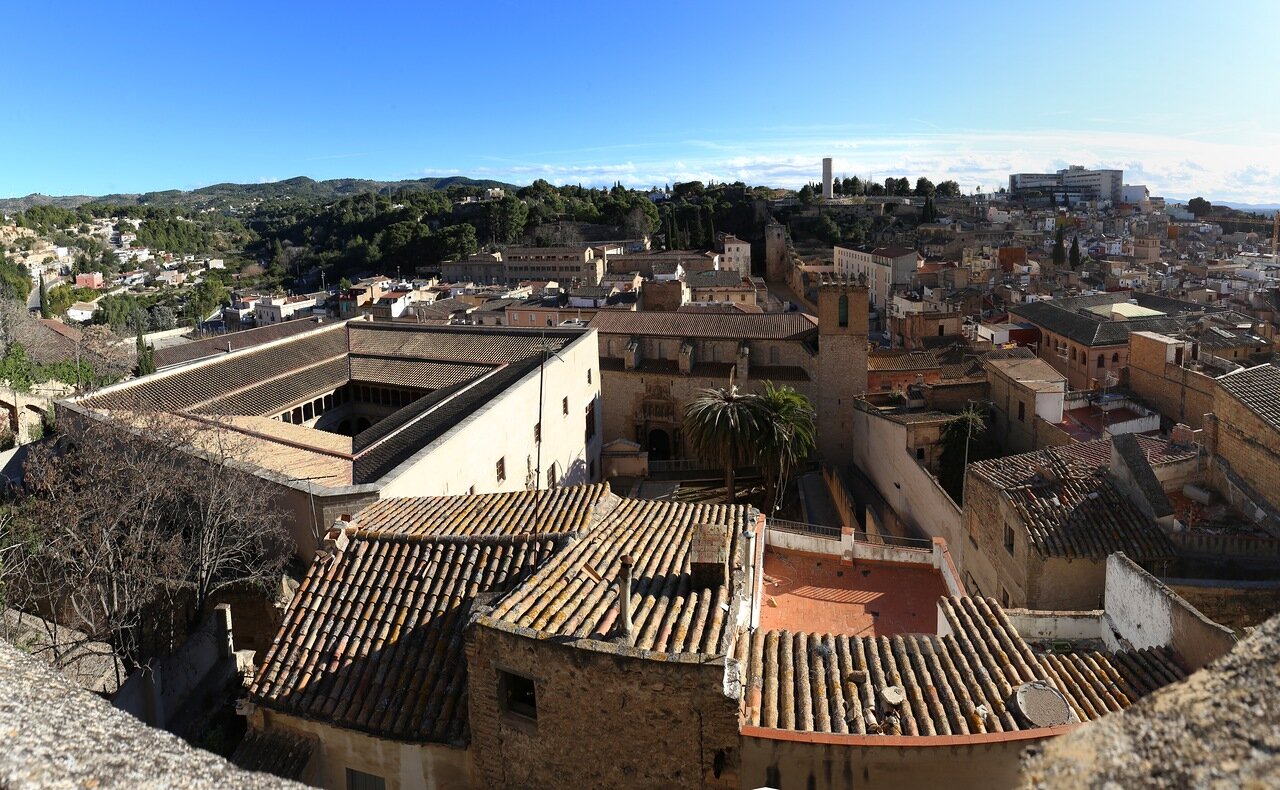 the Building was built in 1564-1570, and is planned as a perfect square, inside which is a courtyard surrounded by three story galleries. 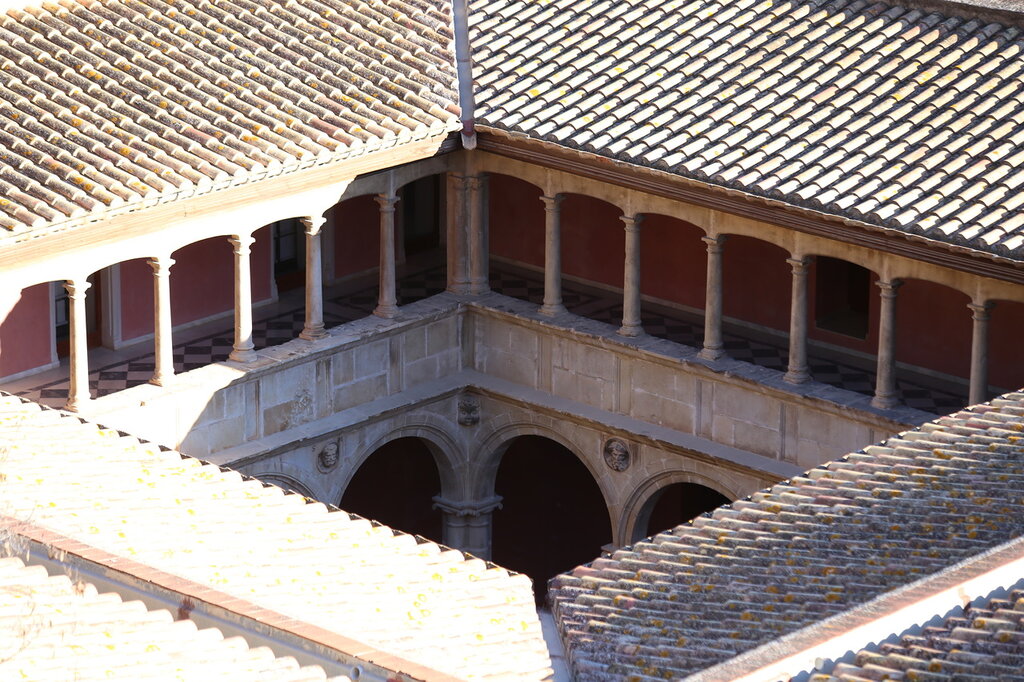 it looks like a building with bastions the fortress of San Juan (Avançades de Sant Joan). 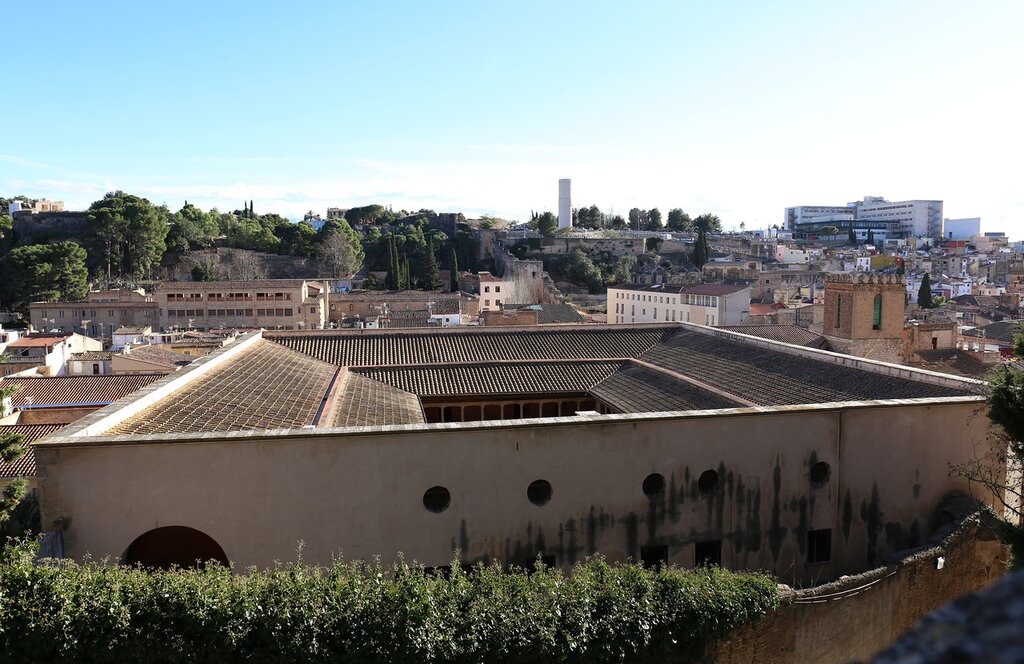 decoration of the portal of the building dates back to 1570 and is conceived as a triumphal arch, where an attempt was made to reconcile the spiritual and the Imperial idea with pragmatism. Above the portal shows the coat of arms of the founder of the College of king Charles V in the background of the double-headed eagle, symbolizing the unity of spiritual and Royal power, beneath them is a bas-relief of the order of the Golden fleece, as a sign of wealth . The upper layer is represented by sculptures of saints Matthew and James, patrons of Spain and Charles V, respectively, completes the song guardian angel. 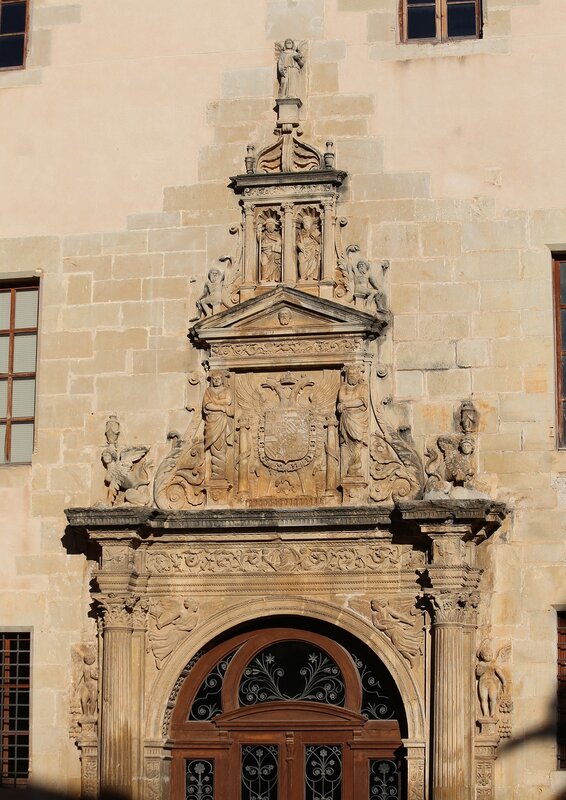 to the Right of the College feast of St. James, and Matthew is a building of the Dominican monastery, converted in 1578 in the domenican the College of St. George and St. Domenica (Col·legi de Sant Jordi i Sant Domènec de). In 1937-1939 year the building was badly damaged by shelling Franco's artillery, so after the war, was restored only with respect to the surviving site. The inscription in Latin means "House of learning", and above it is the coat of arms of king Philip II. Now the building is occupied by the regional Department of education. 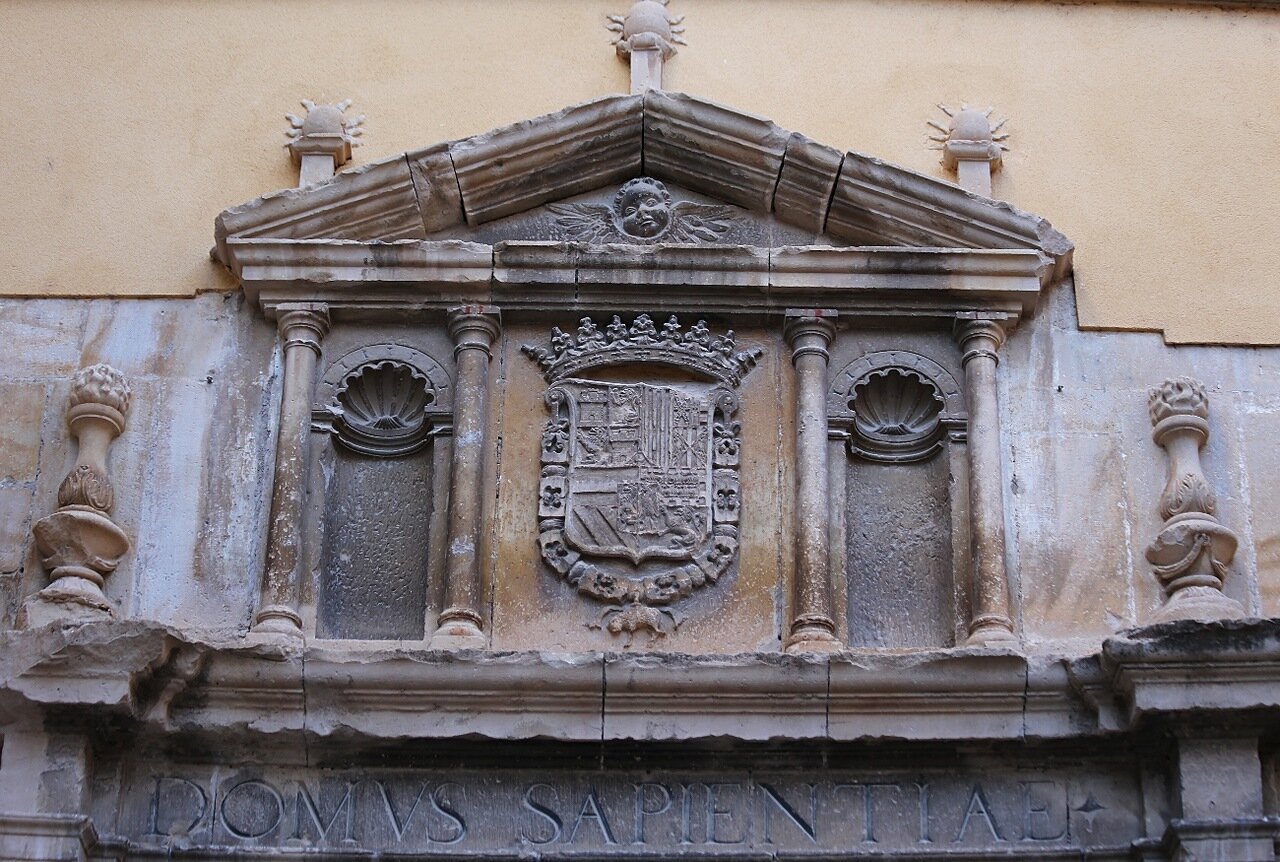 on the South side is adjacent to the complex of St. Dominic's Church (Església de Sant Domènec) built in 1585. 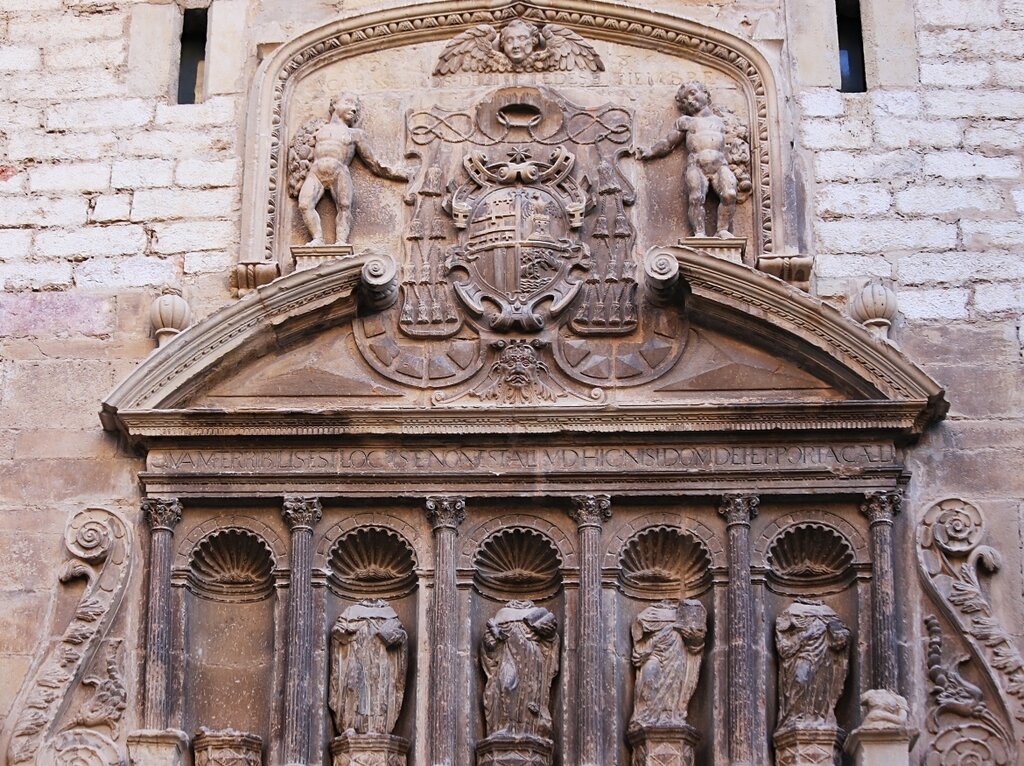 as a result of the secularization of the early 19th century, the temple became the property of the military, and then were beheaded sculptures of bishops, placed in niches above the entrance and on the sides. 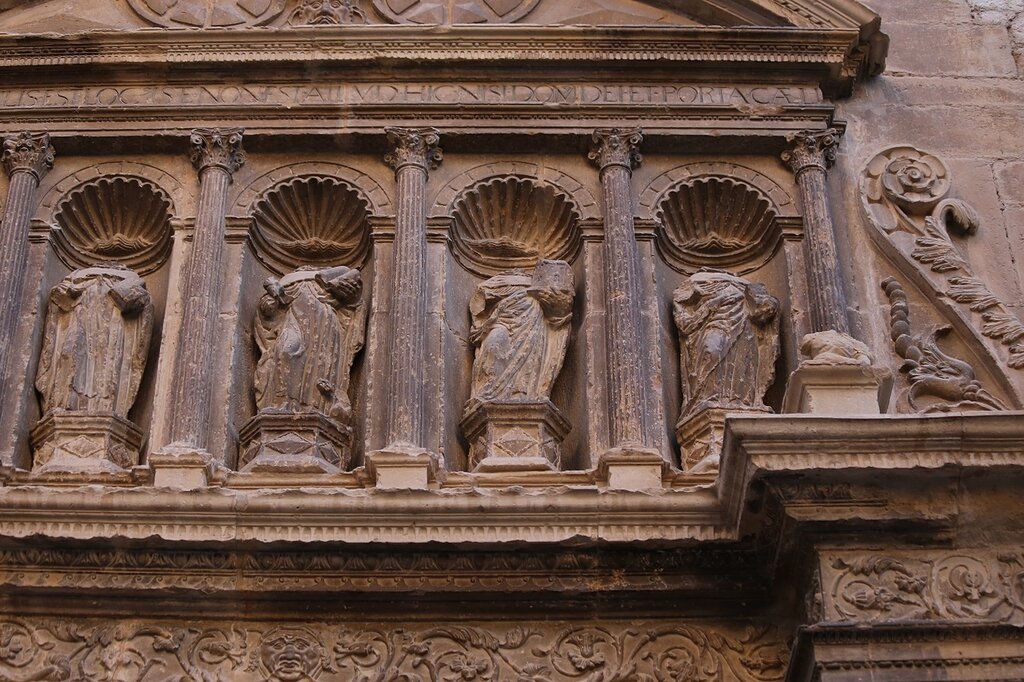 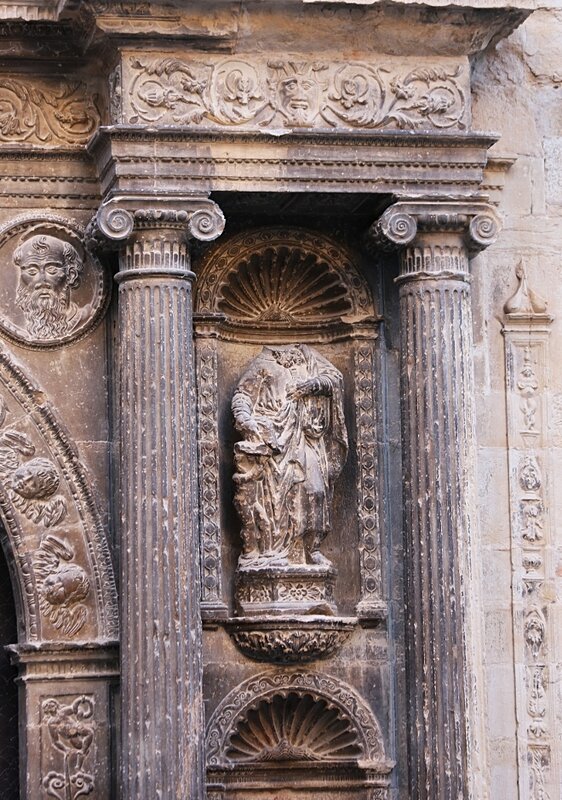 In the corners of the arch are bas reliefs of saints Peter and Paul. 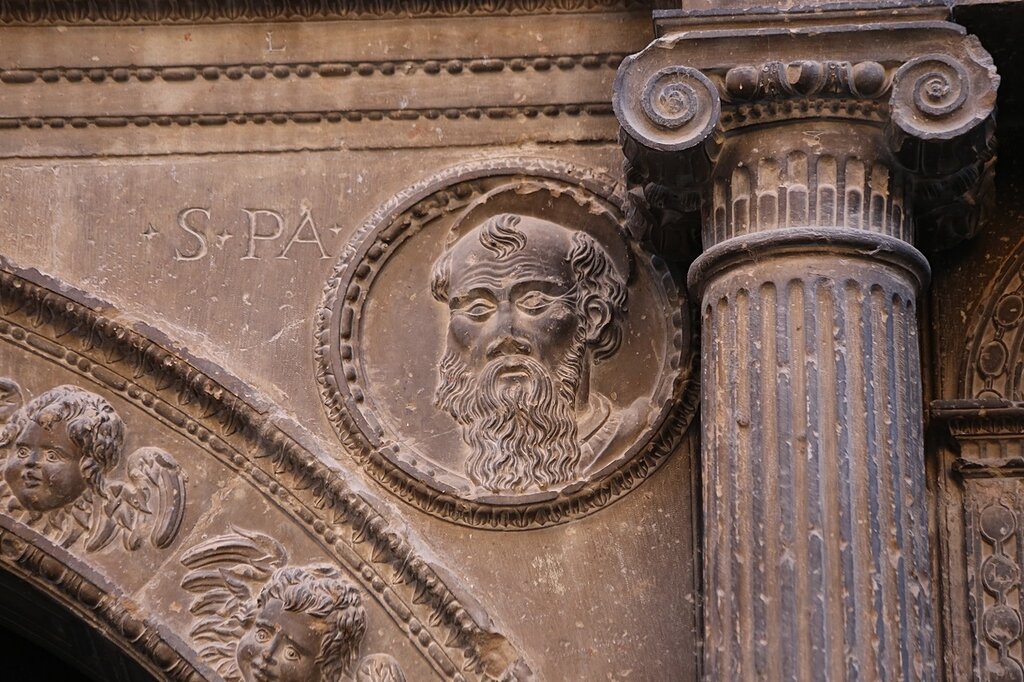 Explore the Renaissance interiors of the colleges again failed due to the winter schedule - all the attractions of the city work couple of hours a day and almost at the same time. The Church building is a tourist information center where I purchased the 5 Euro cap, which was visited by Garden Prince and Cathedral. On the map so you can visit the city history Museum, occupying a modern slaughterhouse and, of course, the colleges.