The Beechcraft Baron, a six-seat passenger aircraft, made its first flight on February 29, 1960, and mass production began in November of the same year. The aircraft was equipped with two 260-horsepower piston engines and had a cruising speed of 350 km/h. The car has become popular in business class aviation. 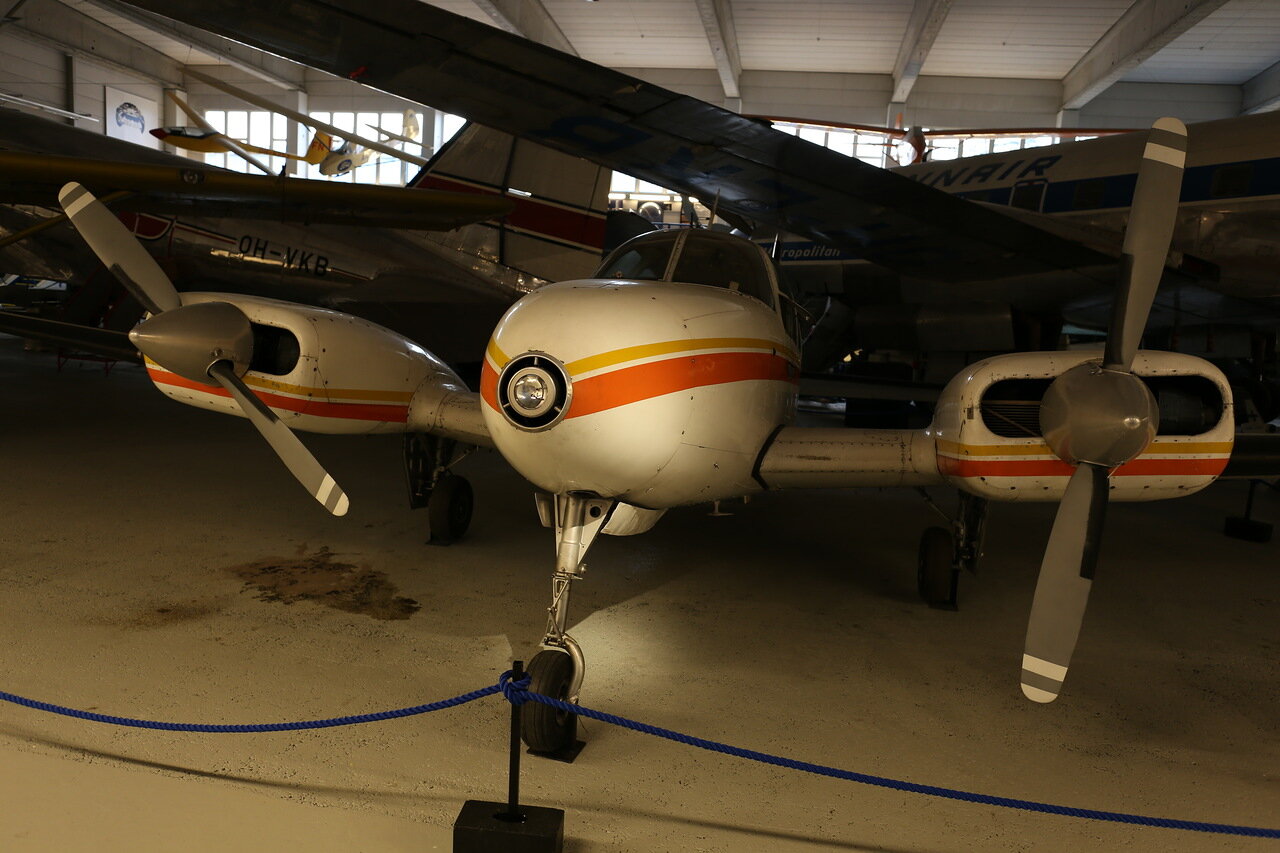 In 1964, the company introduced the Beechcraft 55 Baron model with an elongated nose, which was located in the Luggage compartment for 50% more volume. This aircraft was built in series until 1982. 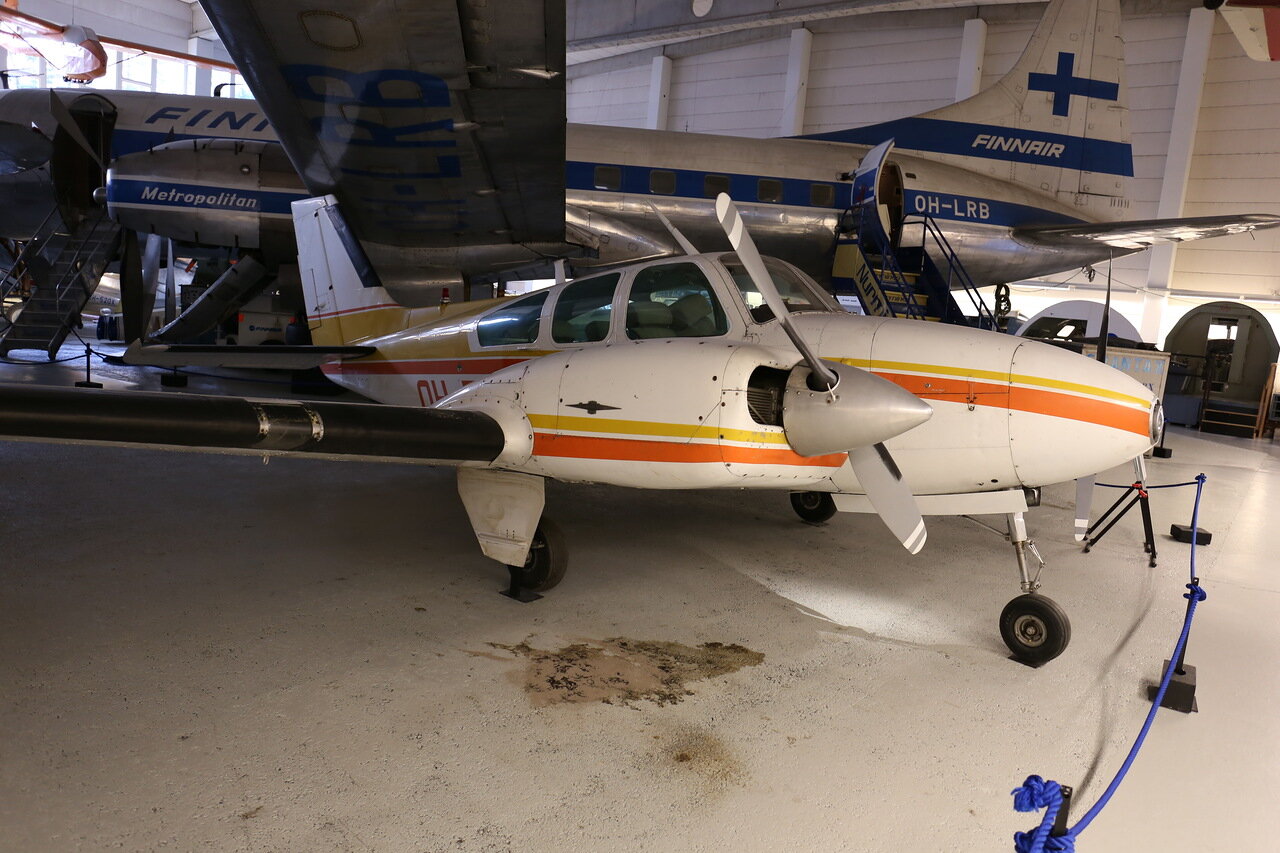 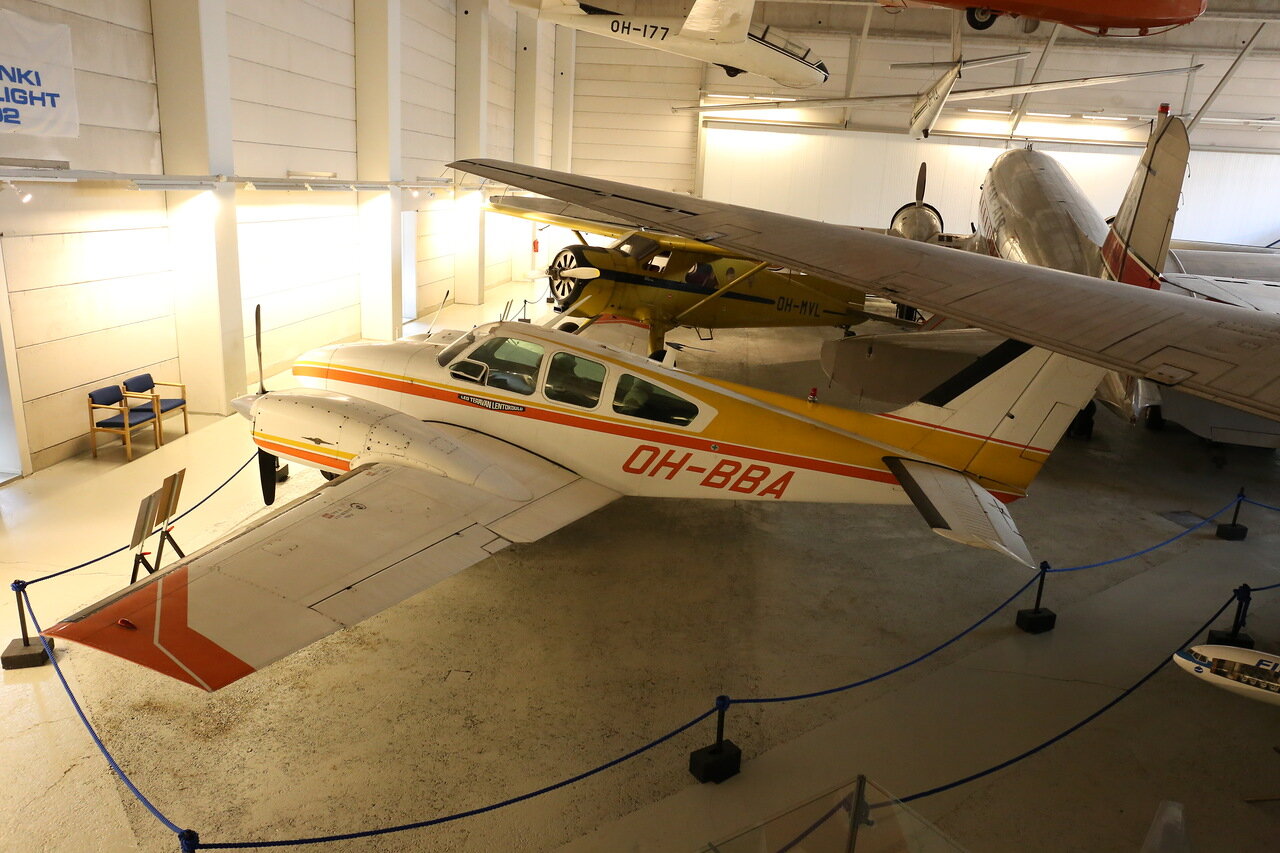 Under the ceiling-two-seat Polish gliders SZD-10bis Czapla, development of 1957, produced until 1980. In the background is its predecessor SZD-9bis Bocian (Stork), model 1952. The gliders belonged to flying clubs in Finland. 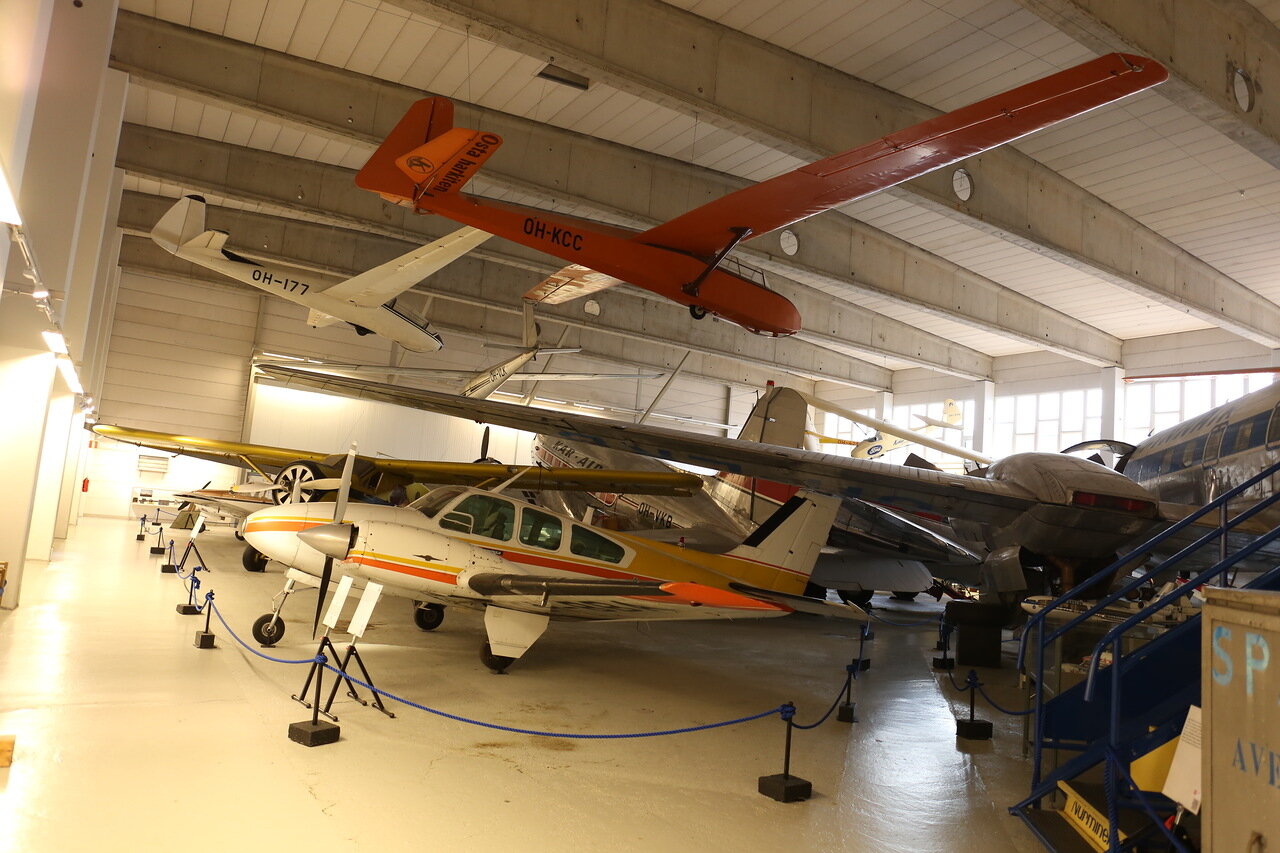