Sheremetievo. Spotting while waiting for a flight

My journey to Italy began in Koltsovo airport in Yekaterinburg. Originally I planned to fly to southern Europe via Istanbul, as I have done many times before, but now Aeroflot offered a lower price. The answer is simple - the Euro exchange rate it has recently risen, and Aeroflot's rouble prices have not yet reached their lowest level. changed. I have booked a round trip ticket for Yekaterinburg-Moscow-Rome, I chose the payment currency in euros and paid with a card with an account in euros. In as a result, the entire flight cost me 247 euros. 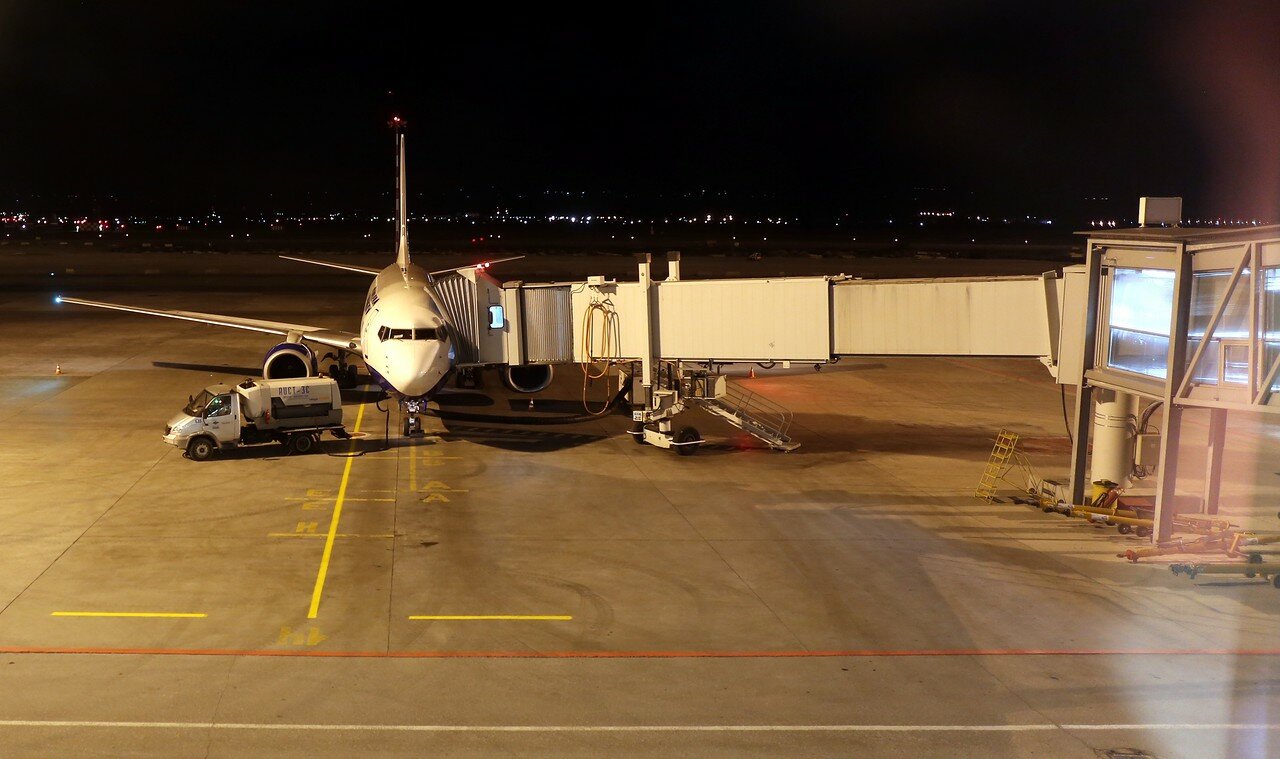 Out of old habit, I shoved my warm clothes in my pocket. I put my backpack in my Luggage, but there was an ambush waiting for me in Sheremetyevo - the temperature was high 15 degrees Celsius with a minus sign and disembarking from the plane on the field with delivery to the airport terminal by bus. After all, it's the end of March, and I don't know why. the platform shows traces of recent snowfall. 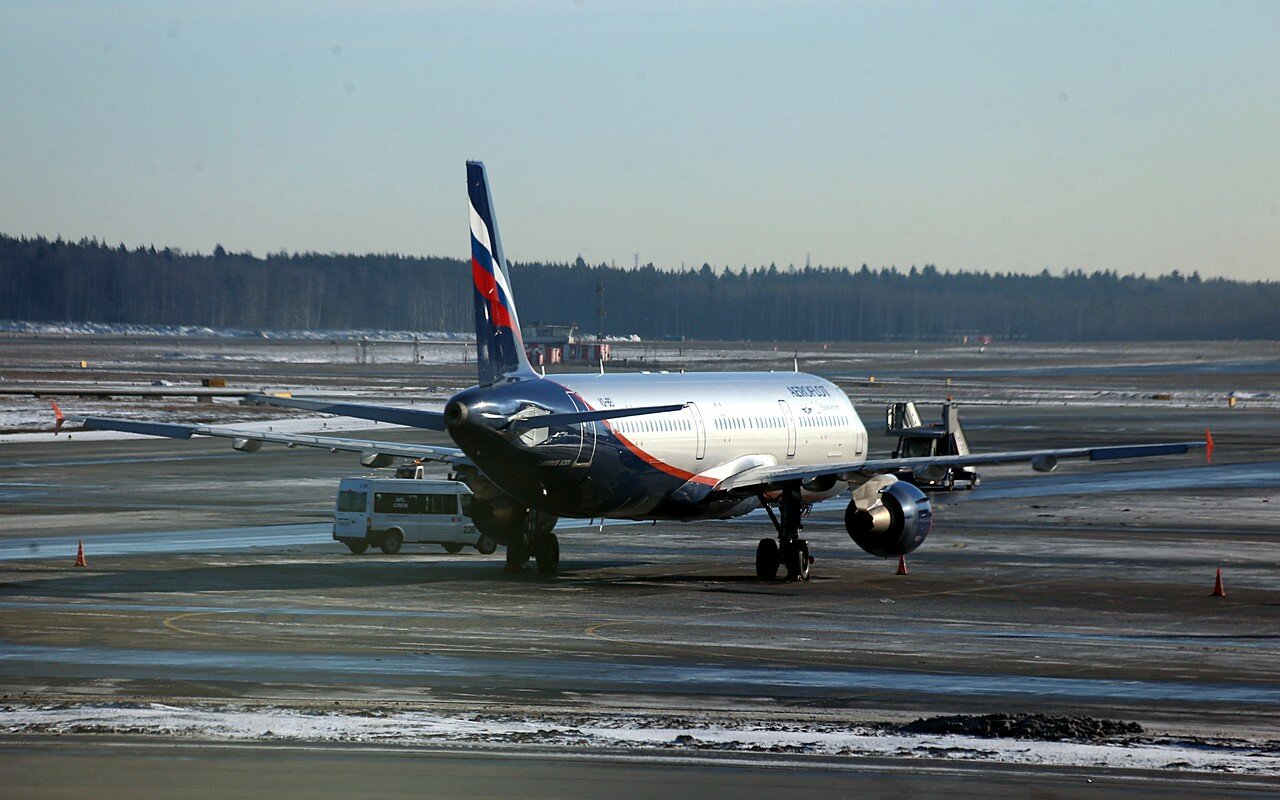 My memory was filled with an ice-cold image. the shed is a semi-trailer, towed by a ZIL-130, without any hint of a tractor. climate control equipment that still had to wait on frosty wind - from an era when landing galleries could only be seen in the sky. films "about abroad". But it wasn't so bad - just a little it was necessary to go down the ramp to the waiting bus, in which it was quite comfortable. 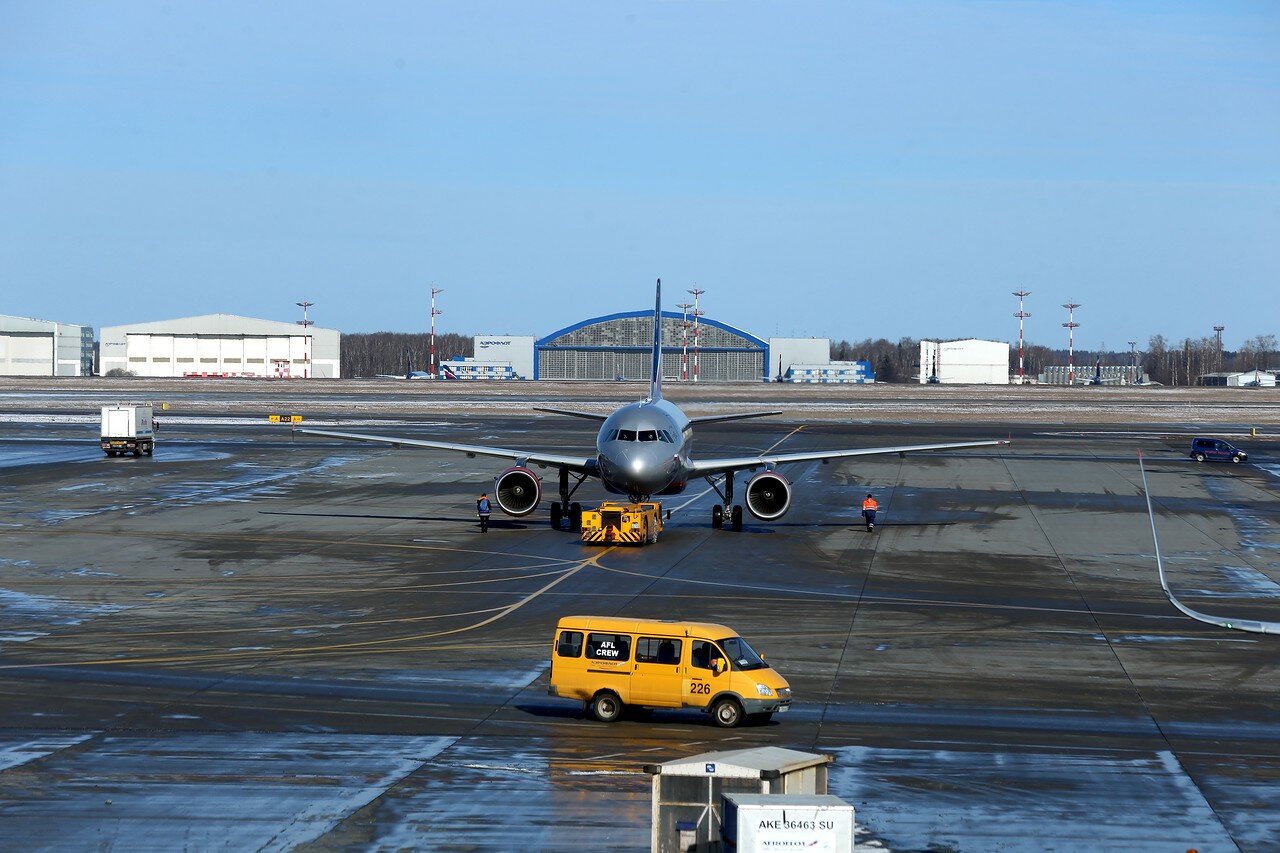 It was almost 4 hours before the flight to Rome, and I took a leisurely photo of the airlift liners in my patrimony. 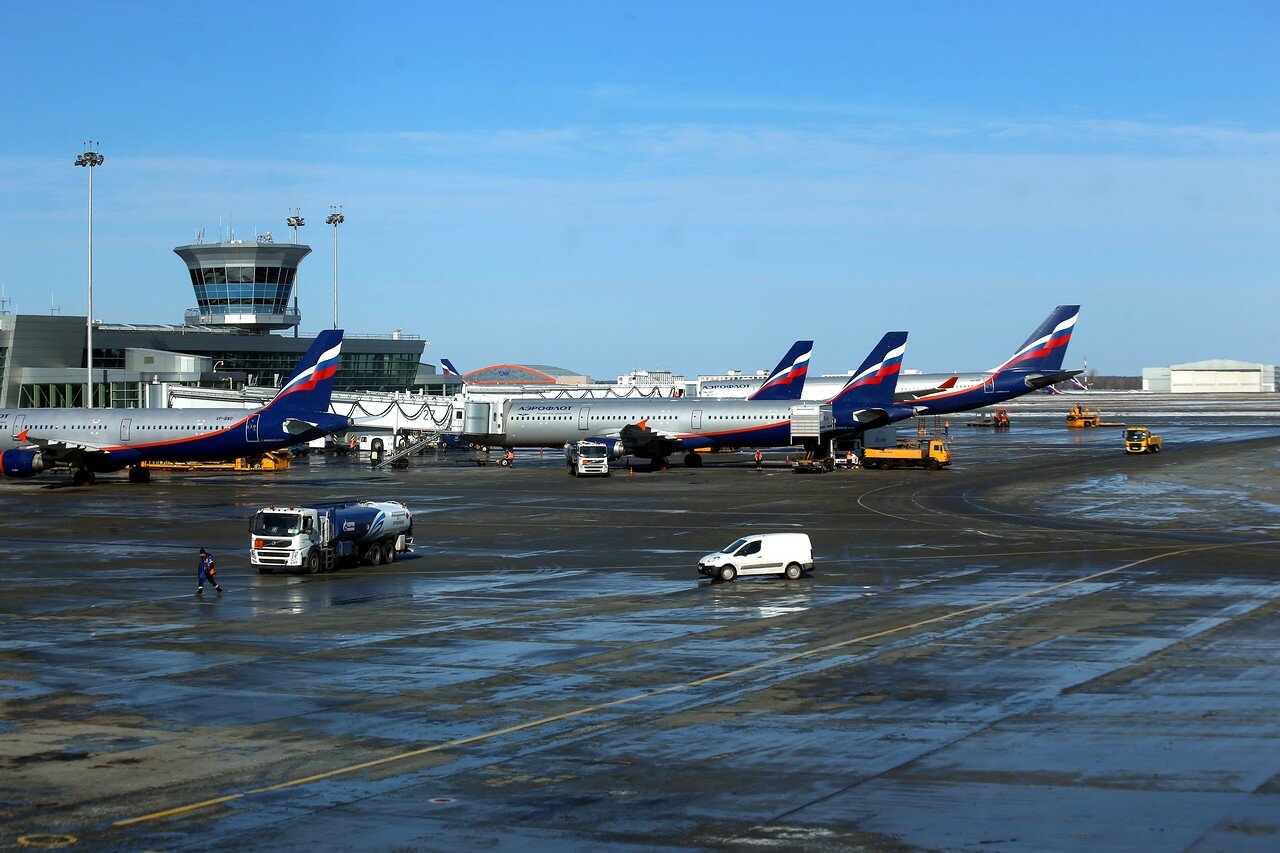 A-321 with the flight number VQ-BEO, bearing the name of a Russian agrobiologist Ivan Michurin. 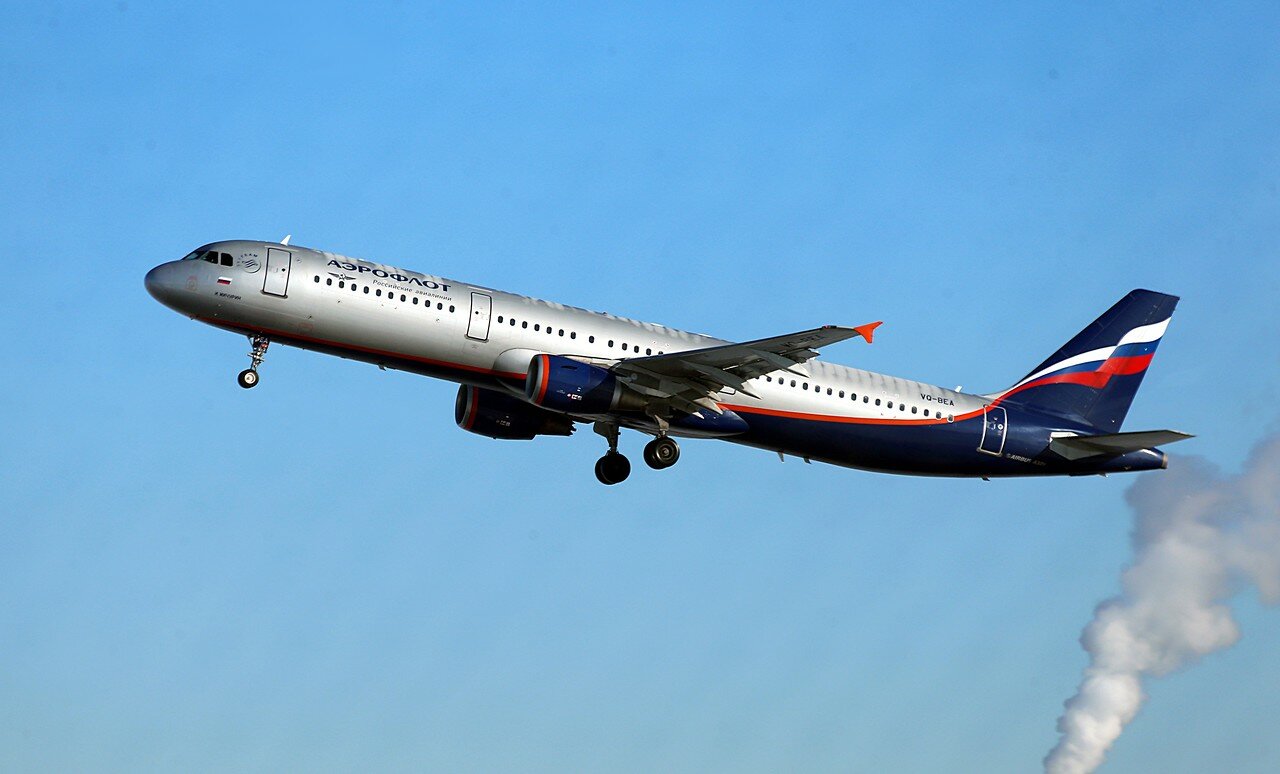 A-320 VQ-BIU, named after Kliment Timiryazev, the founder of the Russian school of plant physiology. 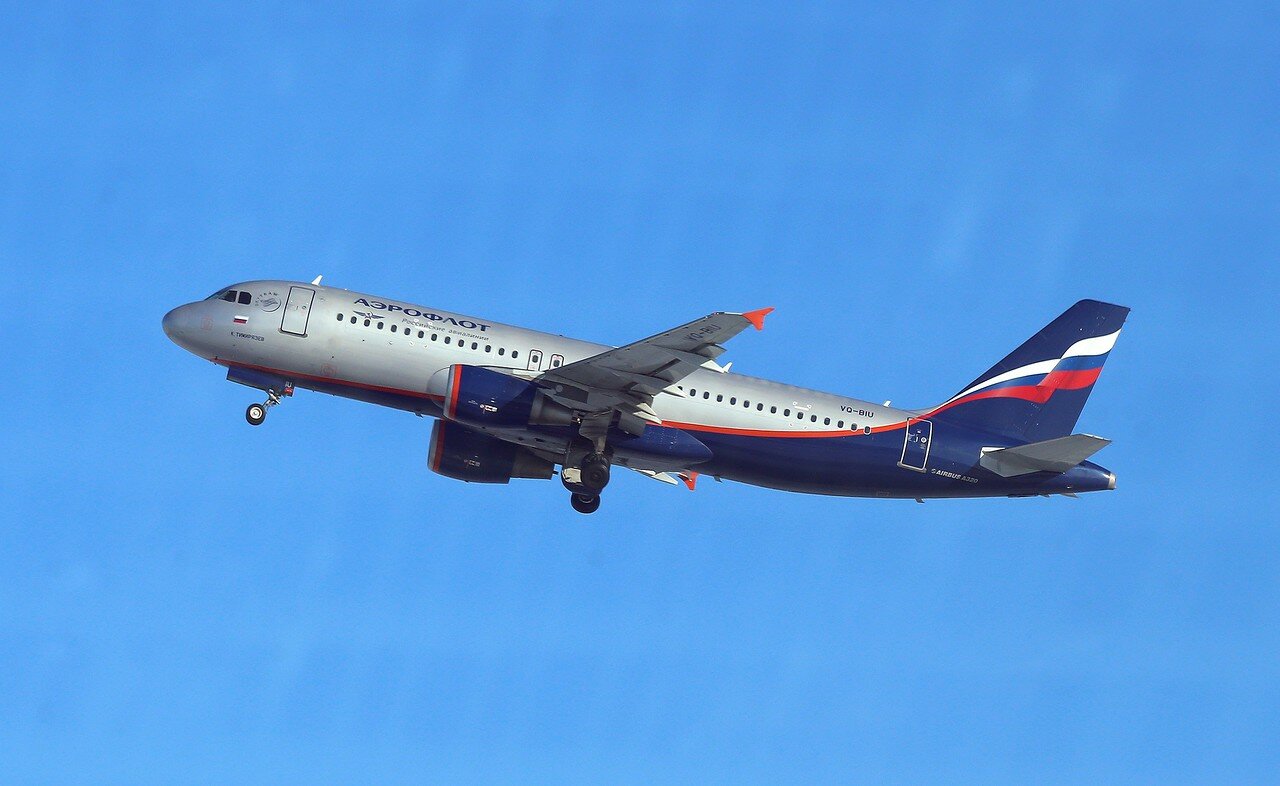 A-320 VP-BLR landed, with the name of electrical engineer Pavel Yablochkov on Board. 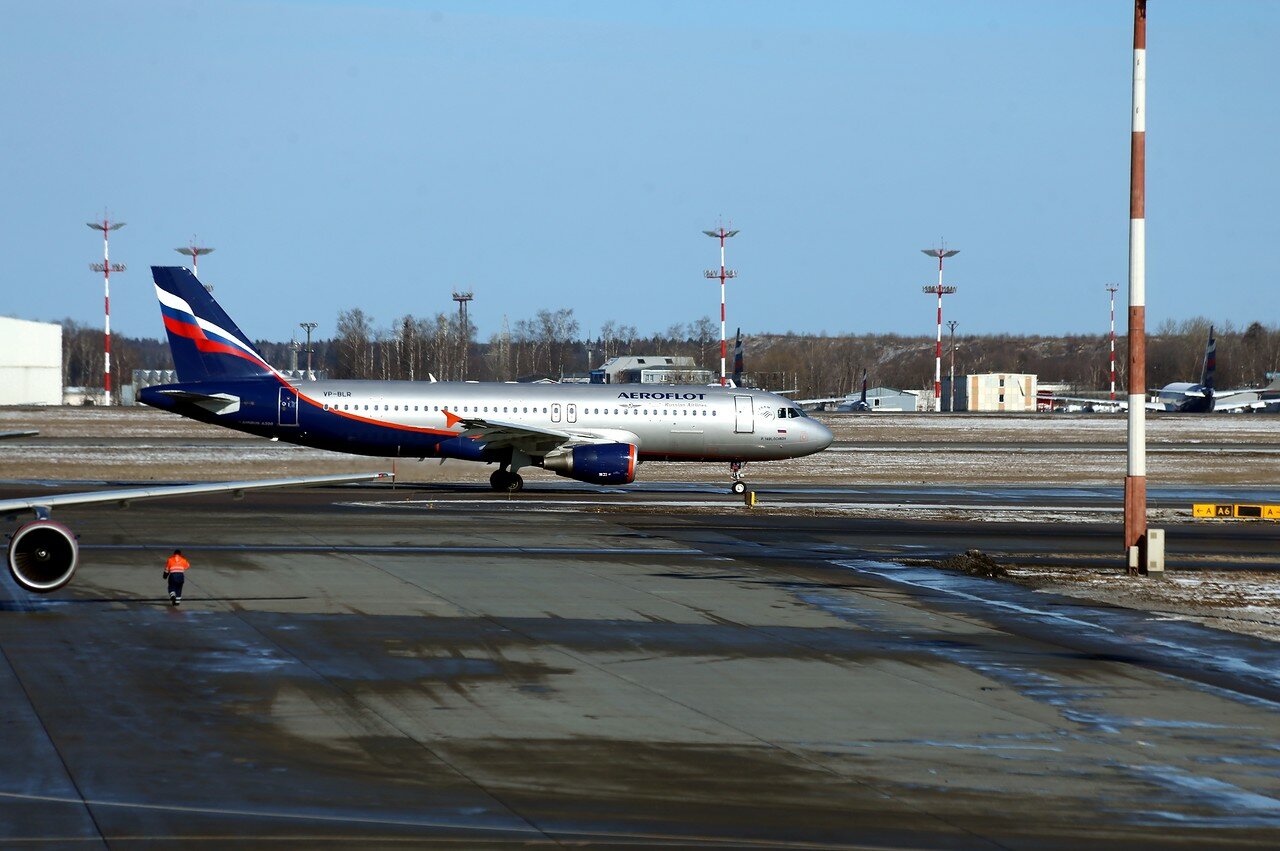 He's pulling into the Parking lot. 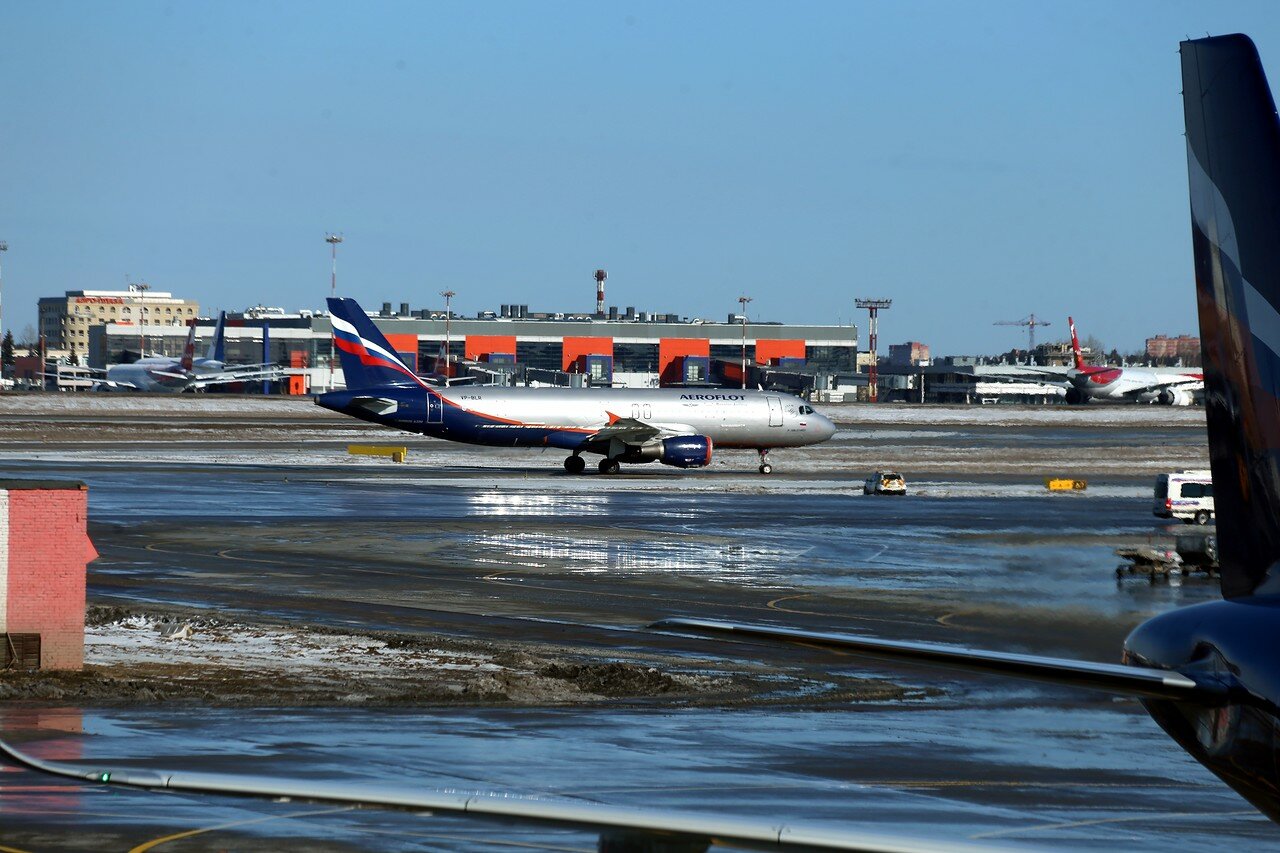 Dmitry Shostakovich takes off, A-320 VP-BMF. 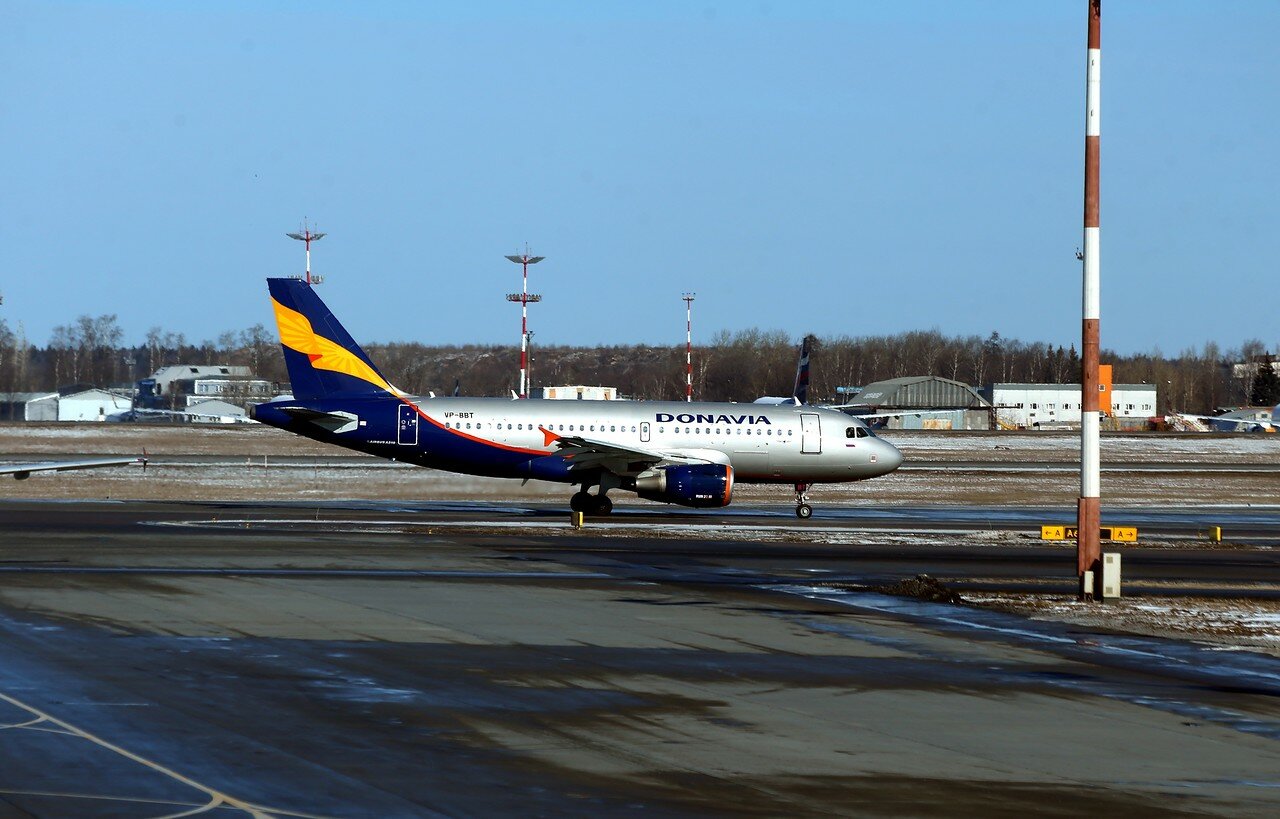 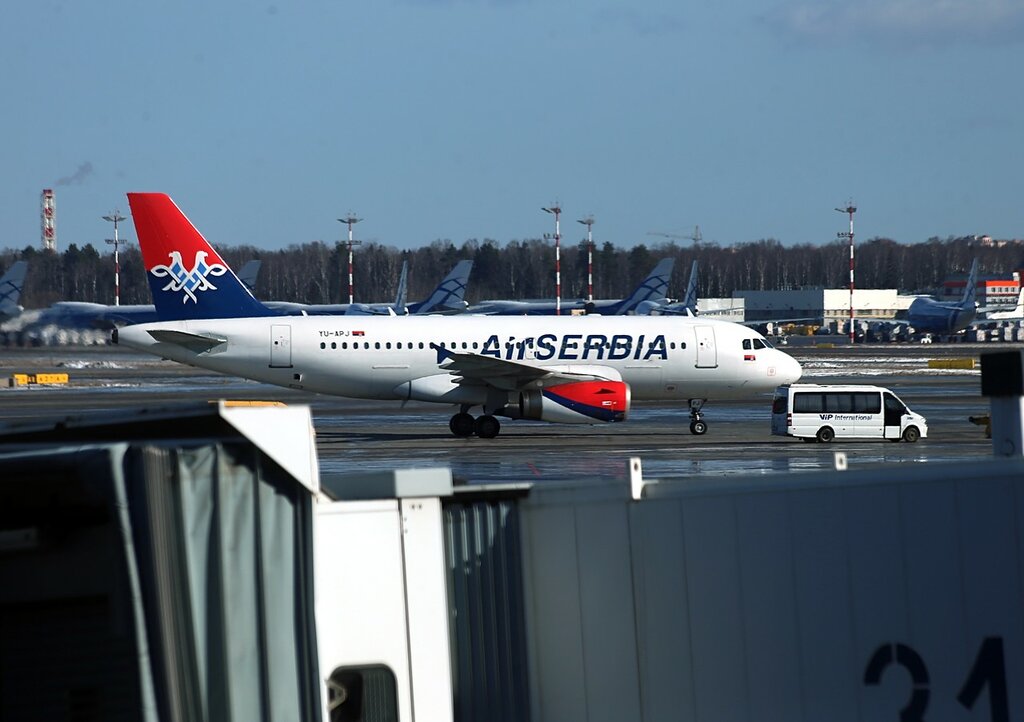 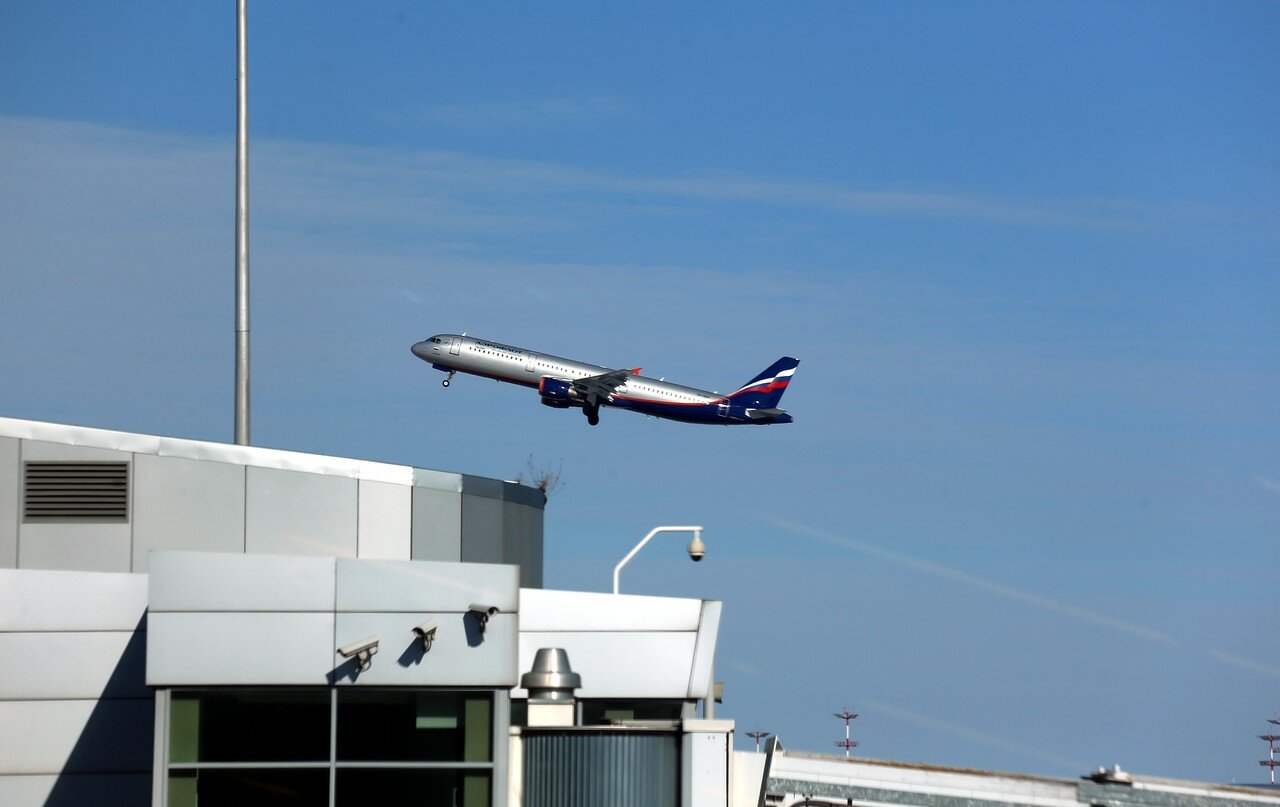 Sheremetyevo-2 air terminal - a cult building Soviet era, the main international airport of the country of Soviets and a symbol of the Soviet era loopholes in the "iron curtain". In those days ,you could" look behind the curtain" only the chosen ones. 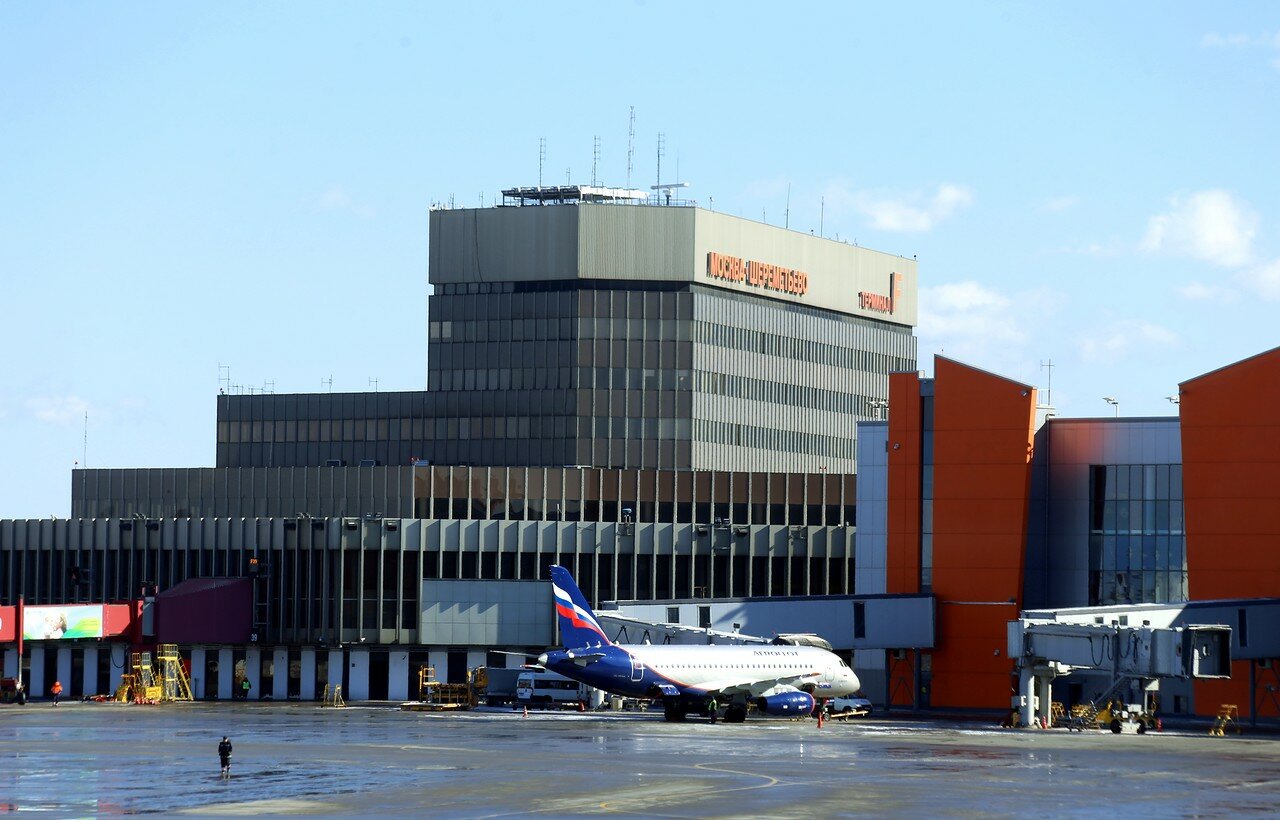 I noticed a huge accumulation of Luggage carts between the landing galleries.

By in fact, the gate is not used, but could receive planes. Yes and looks like it it's not very aesthetic. I haven't seen this in more than one airport, not even in the Russia.