This is one of the most famous aircraft in the history of aviation, a lot has been written about its creation and combat use, so I will not repeat myself, I will only tell you about the features of this modification. Let me just remind you that this type of aircraft was produced in Germany in many modifications from 1937 to 1945, more than 37 thousand units were built in total, after the war they were produced in Czechoslovakia and Spain, and were in service with some countries until 1965. 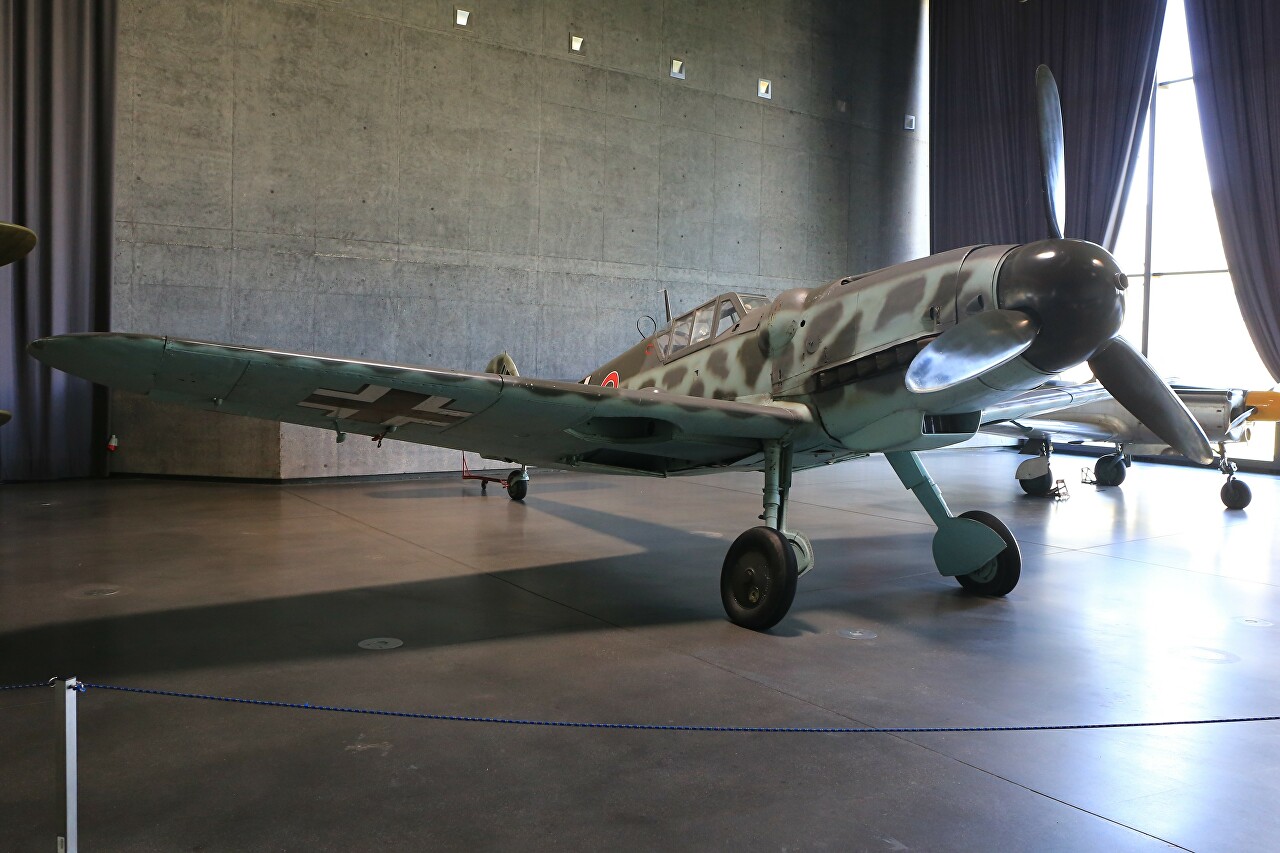 The early series of Bf 109 fighters were equipped with Jumo 210g engines, then Daimler-Benz DB601. In mid-1941, a new DB605 engine with a capacity of 1,475 hp was created, and immediately began the development of an aircraft modification for this engine, which received the name Bf 109G. The "G" index subsequently gave the fighter the unofficial name Gustaw. 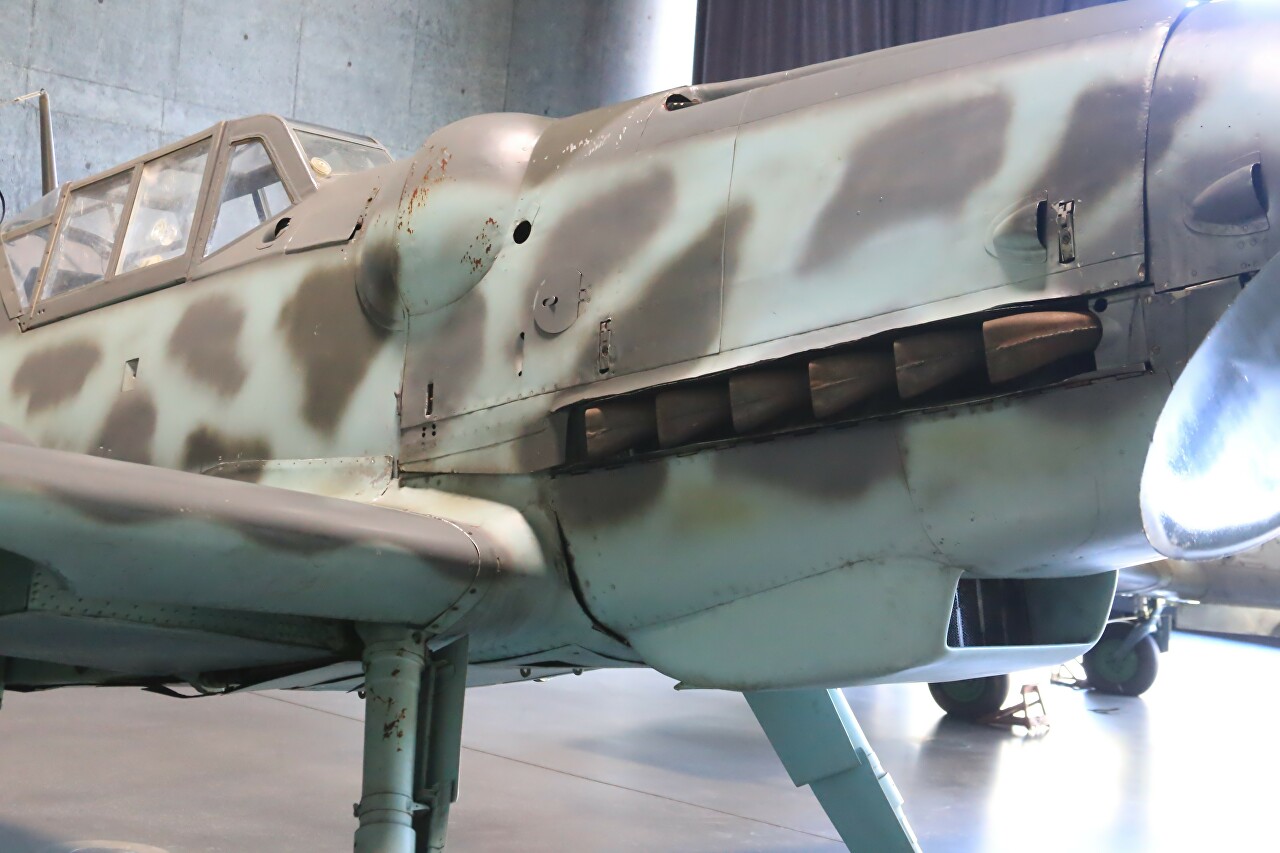 The experimental batch was ready already in the same year, but so far with DB601 engines. At the beginning of 1942, the DB605 was put into mass production, and tests of fighters with a new engine began. The weight of the DB605 was 150 kg higher than that of its predecessor, this required strengthening the engine frame and chassis struts. During the pilot flights, it turned out that the speed increased significantly, but the heavier aircraft became more difficult to pilot, its maneuverability became worse. In addition, there were problems with oil cooling, which, however, were quickly eliminated. Already in February 1942, serial production of the Bf 109G-1, equipped with a sealed cabin and supercharged, began. They were designed to combat high-altitude aircraft as the raids of British heavy bombers began to cause more and more damage to Germany. 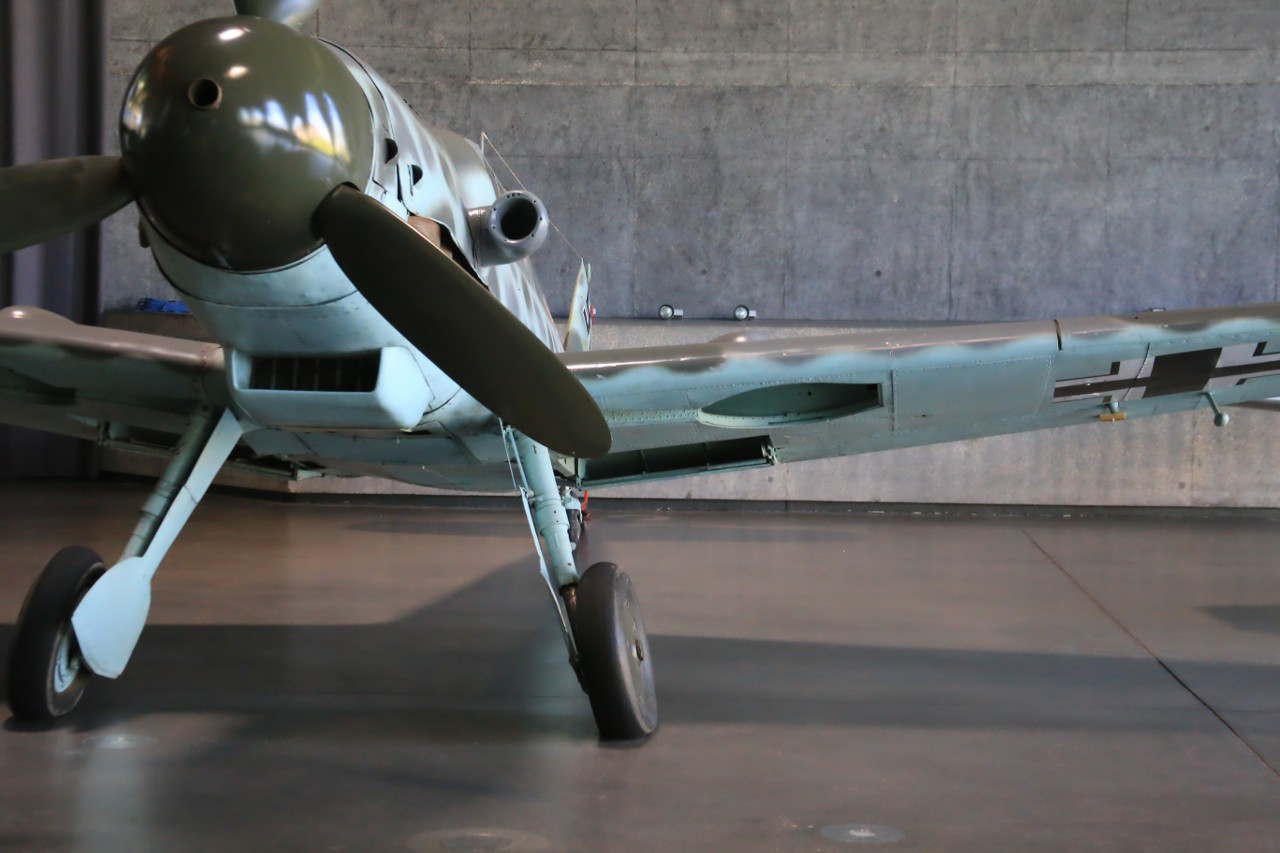 "Gustav's" were produced in various versions designed for certain combat tasks. The most numerous fighter was the Bf 109G-6 modification, their production began in February 1943 and ended in August 1944, the total output was more than 12 thousand units. These aircraft were distinguished by a more robust design and more powerful weapons, which made it possible to more effectively fight against American bombers. The Luftwaffe pilots appreciated this aircraft for its high speed qualities and the ability to fight in a large range of heights. Bfl09G fighters were also supplied to the Air Forces of other countries: Bulgaria, Croatia, Hungary, Finland, Italy, Romania, Spain, Slovakia, as well as Switzerland. 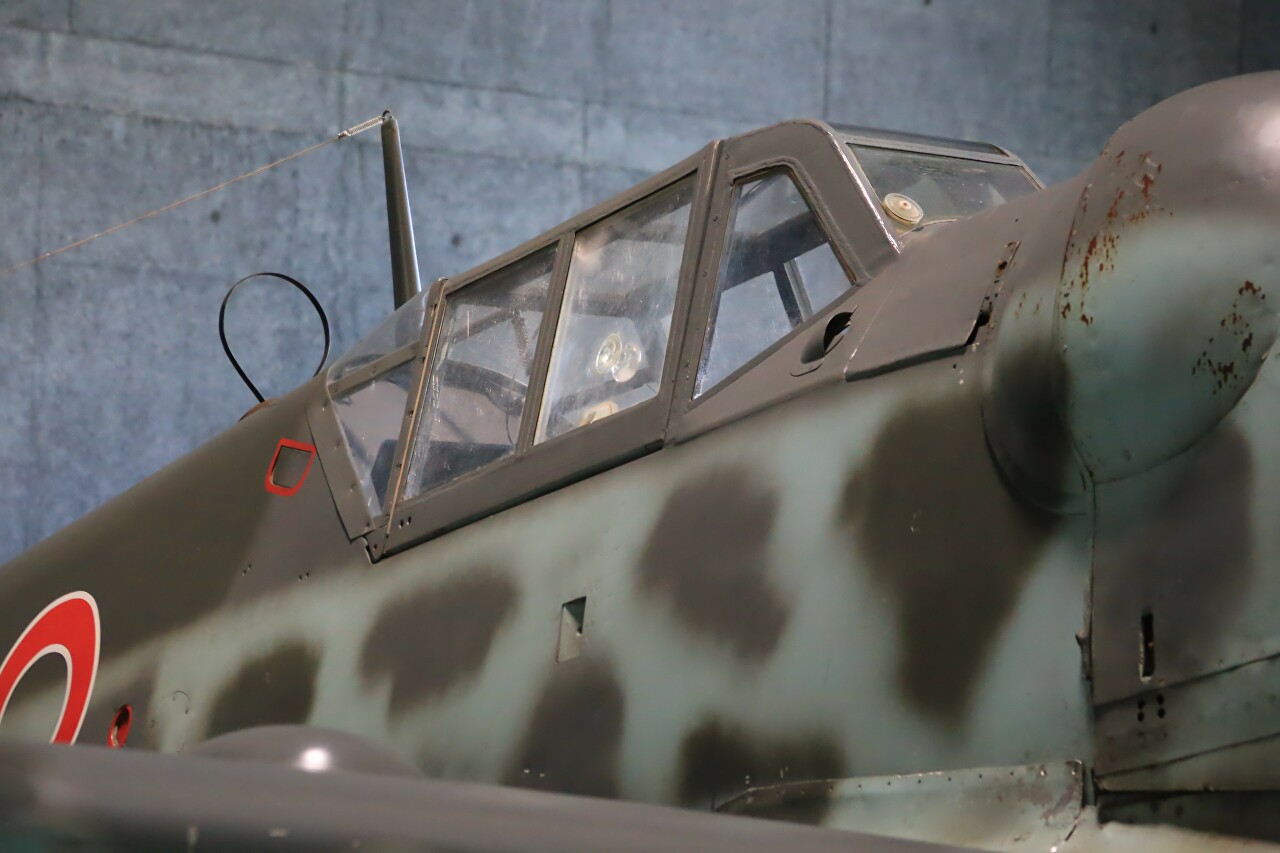 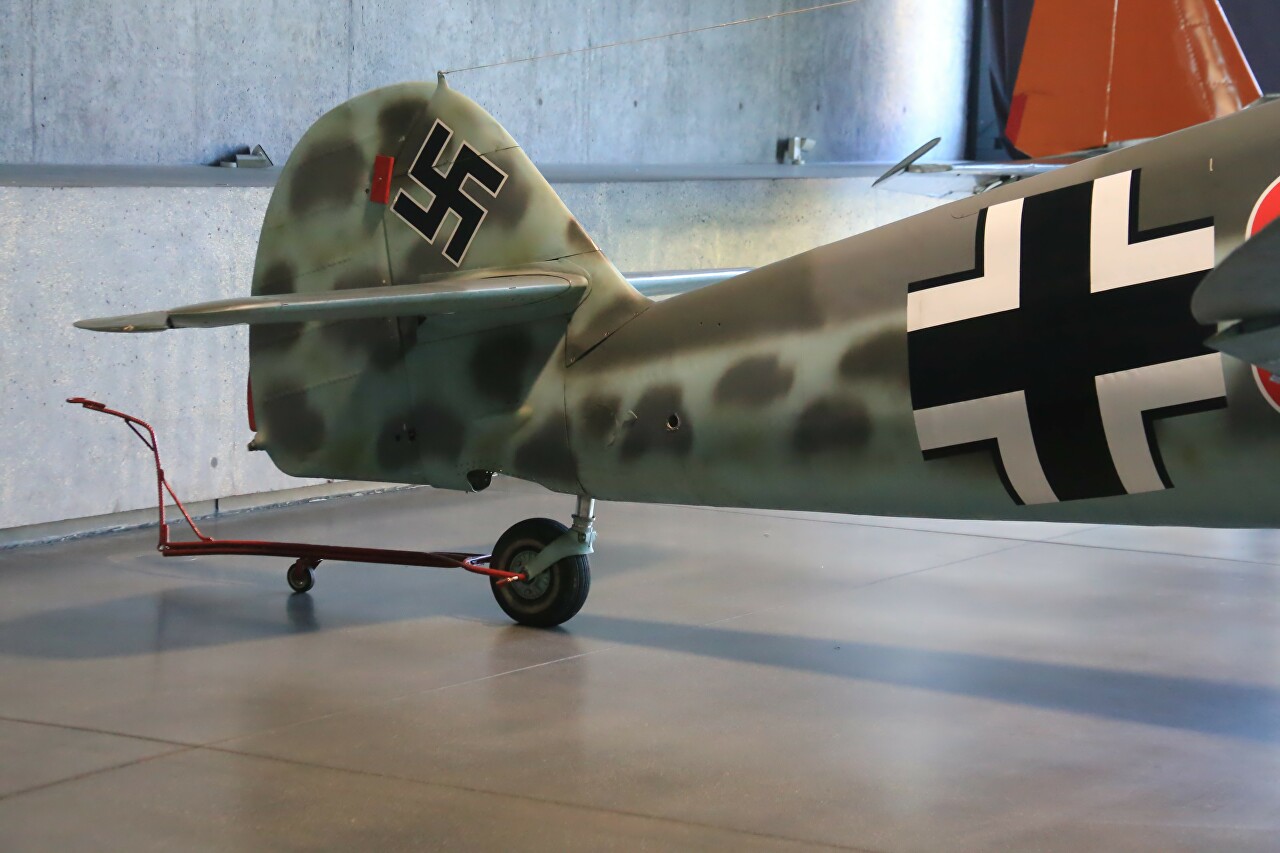 The Polish Aviation Museum presents the Bf 109G-6 fighter of the Additional Fighter Air Group (EJGr West), based at the airfield in Jaworze. On the morning of May 28, 1944, Feldwebel Ernst Pleiners was making a training flight on it and crashed, falling into Lake Trzebun( Trzebuń), the pilot was killed. The Foundation for the Preservation of the History of Aviation "Polish Eagles" (Polskie Orły) in 2000 raised the remains of the aircraft from the bottom of the lake, restored it and handed it over to the National Aviation Museum in Krakow. 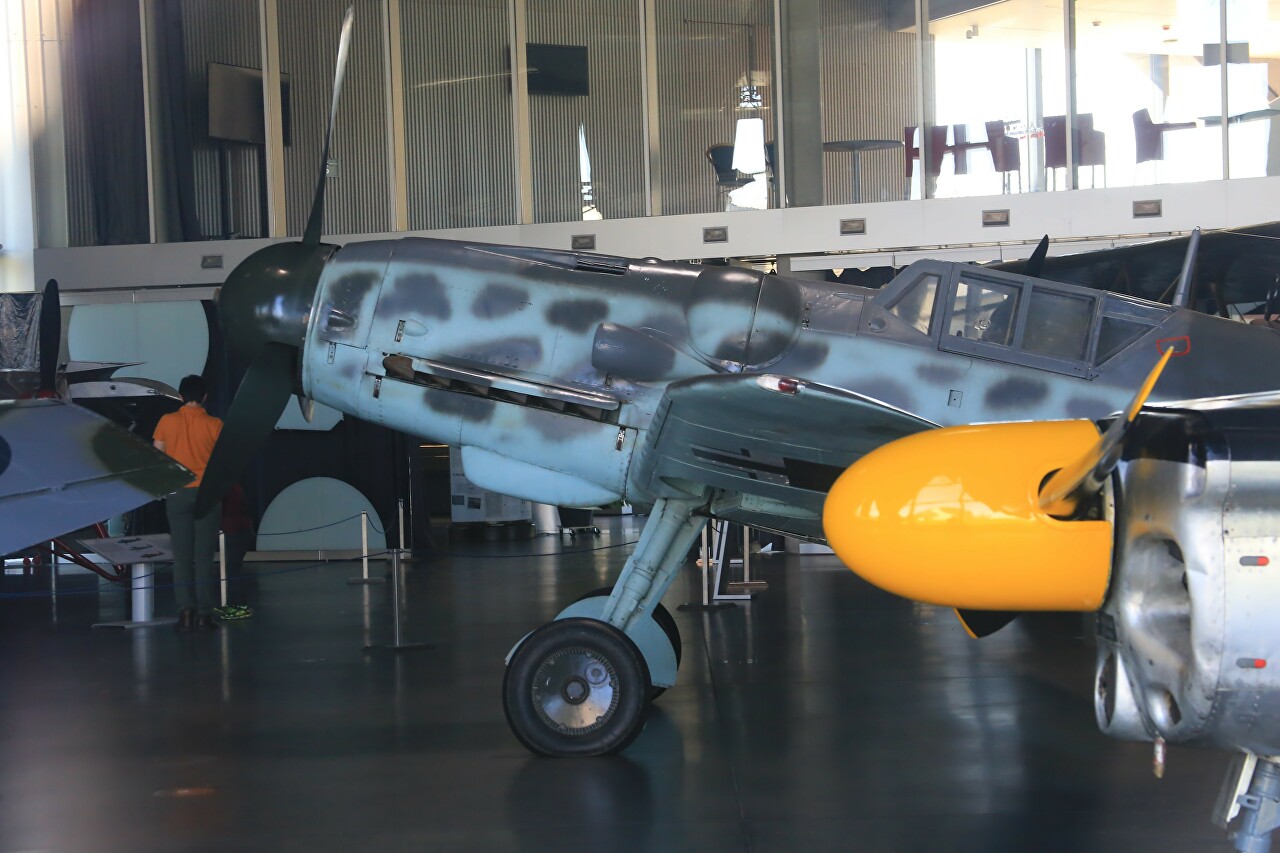 Paint variants of the Bf 109G-6: At the top, the aircraft of the EJGr West. It is this aircraft that we see in the museum's exposition. In the middle is the aircraft of the 34 squadron of the Finnish Air Force (Lentolaivue 34), it was flown by Major Eino Luukkanen in 1944. Below is a captured aircraft that was in service with the 318 fighter squadron "Gdansk" as part of the British Royal Air Force, consisting of Polish pilots and based in Tarvisio, Italy. 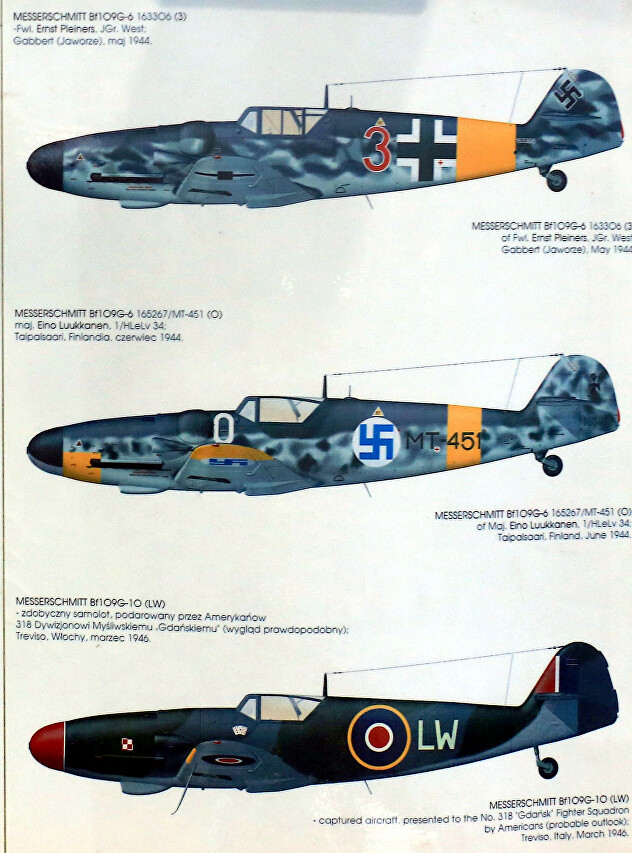