The famous Soviet pilot, Hero of the Soviet Union Valery Pavlovich Chkalov became world famous after the first non-stop flight across the North Pole on the route Moscow-Vancouver. Working at the VSS Research Institute, he made more than 800 test flights on three dozen types of aircraft. 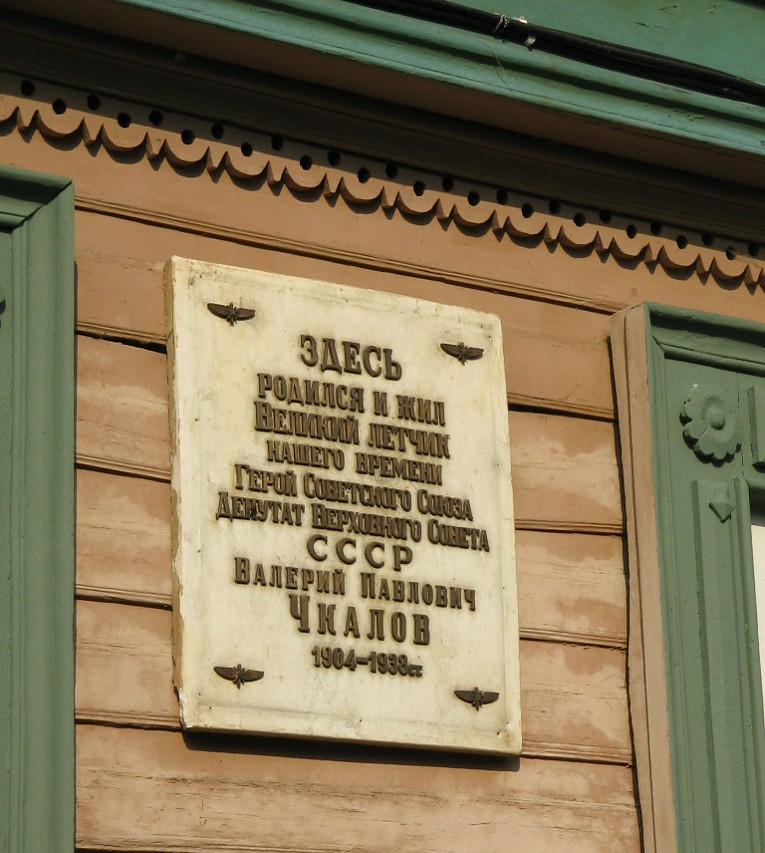 Chkalov died on December 15, 1938, during the first flight of the I-180 fighter, whose engine stalled. The brave pilot made every effort to bring the falling plane out of the residential area. After the death of the legendary and very popular pilot, the government decided to create a memorial complex in the hero's homeland. 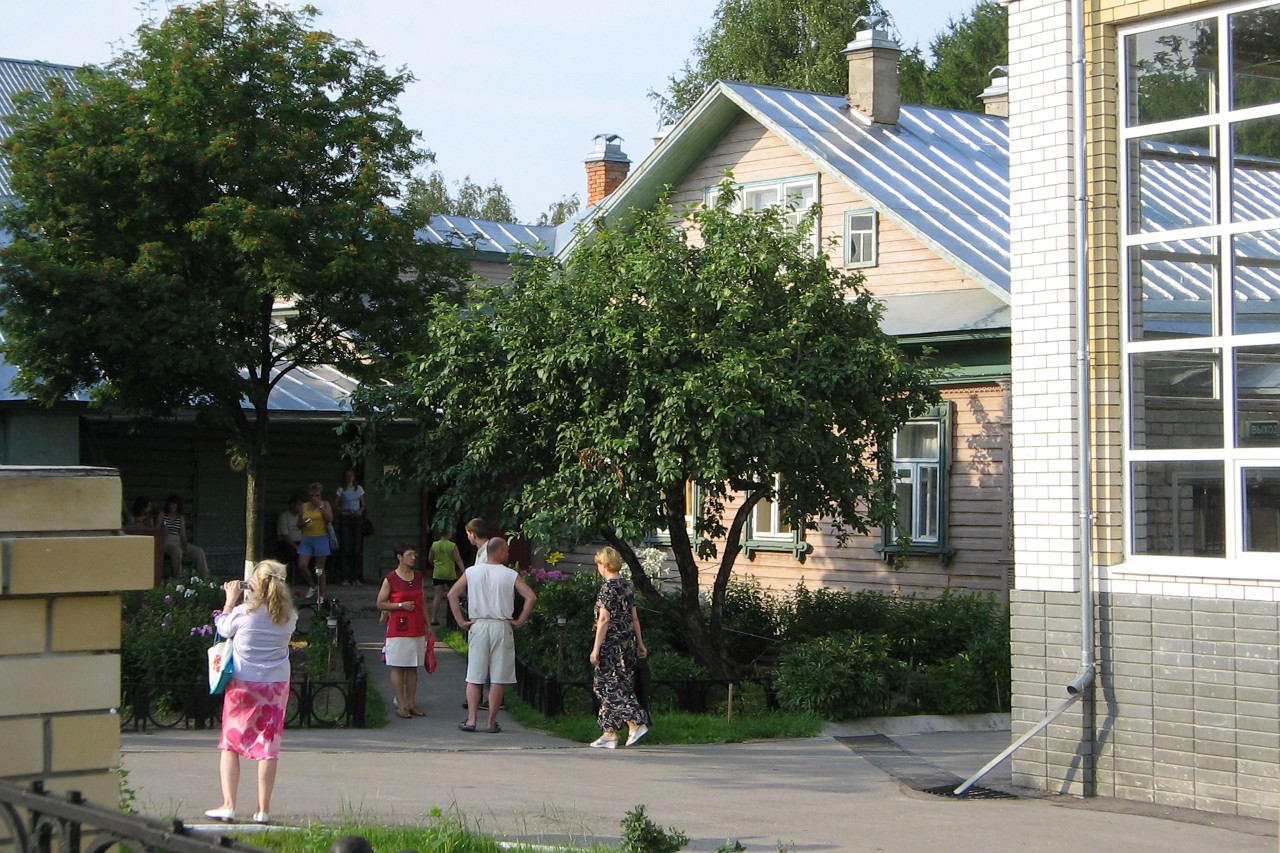 The museum is located in the house built by the pilot's father, Pavel Grigoryevich Chkalov in 1896 in the village of Vasileva Sloboda, where the legendary pilot was born on February 2, 1904. At that time, the house was not located here, but a hundred meters closer to the Volga River bank. In 1956, during the filling of the Gorky reservoir, the house was in the flood zone and was carefully disassembled and assembled at its current location. 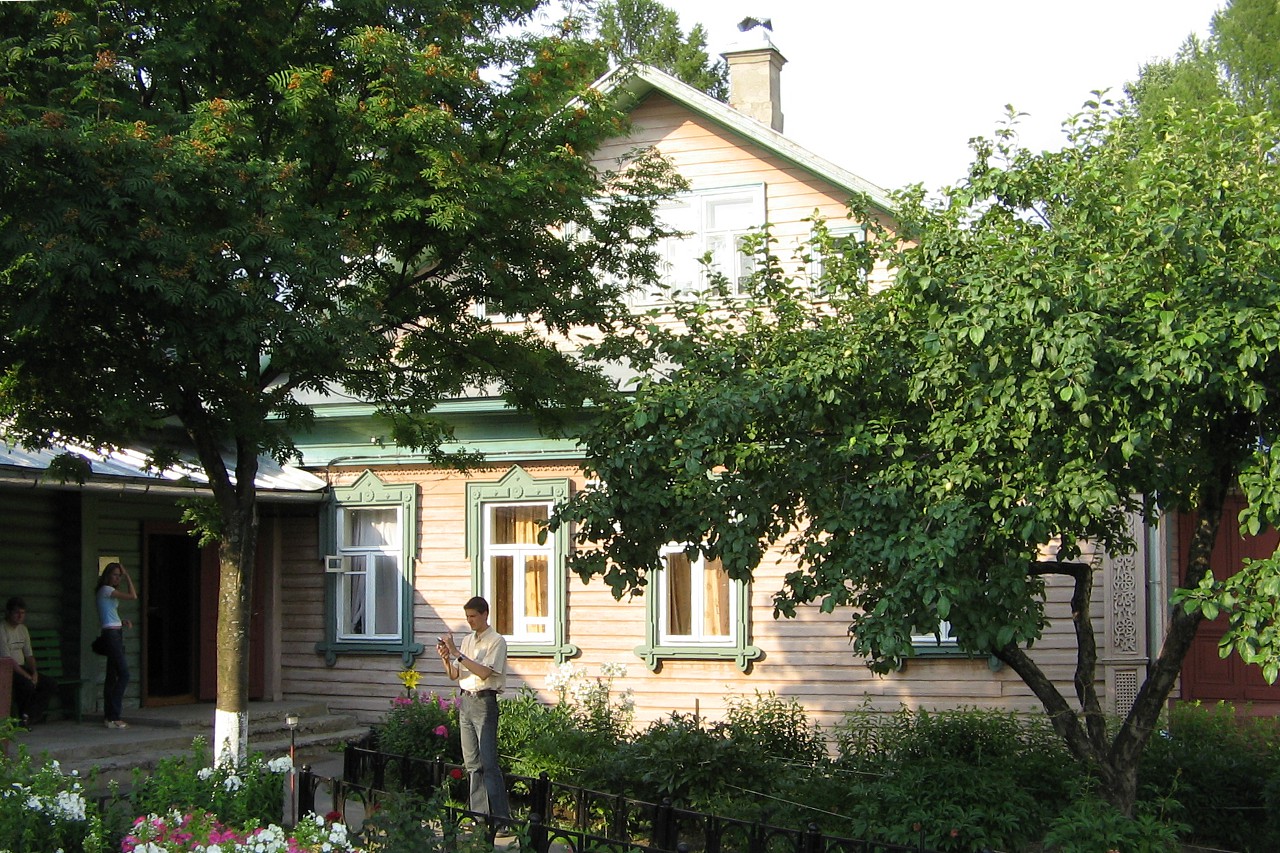 The museum was opened on July 7, 1940, and a great contribution to its creation was made by Evgeny Mikhailovich Boev, who became the first director of the museum, and Lev Nikolayevich Frolishchev, a fellow villager and friend of Chkalov, who arranged aviation workshops for the future famous pilot in Nizhny Novgorod. Many personal items were provided by the pilot's wife Olga Erasmovna Chkalova. Now the museum's collections number more than 8 thousand units, over the years of its existence, more than two million people have visited it. 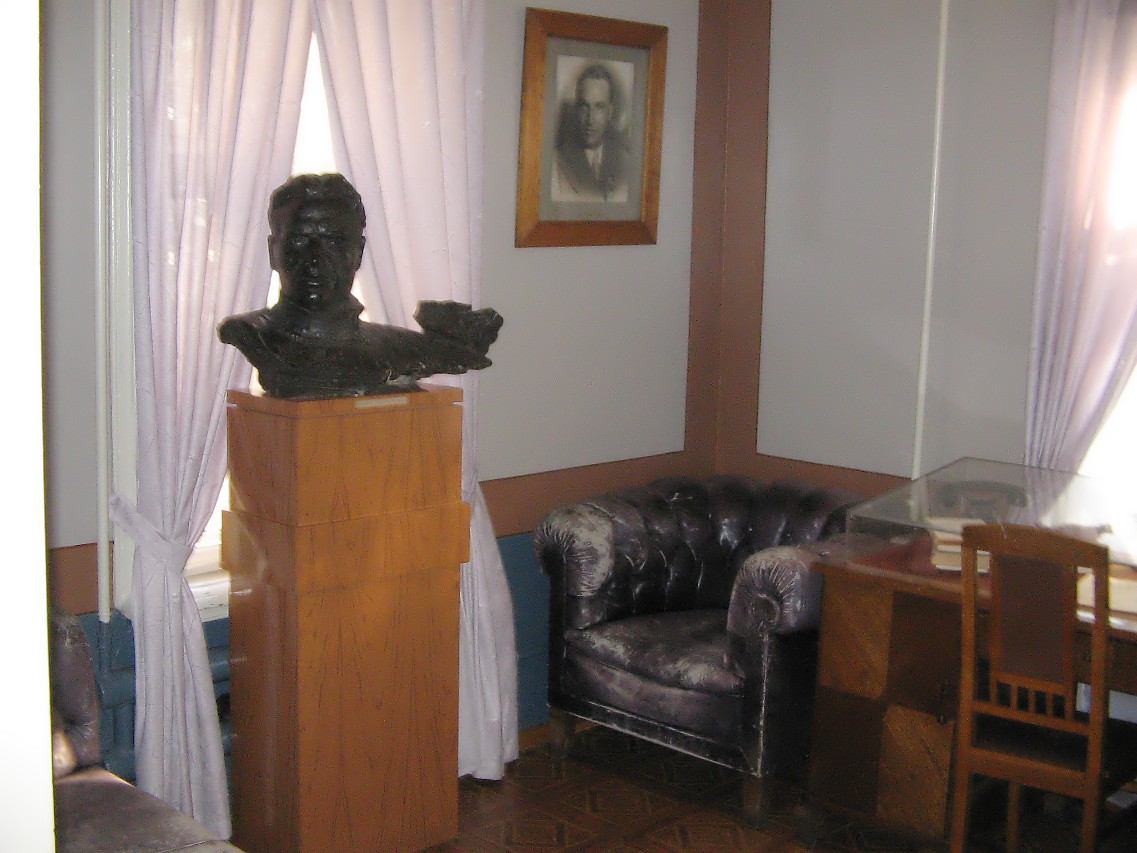 The museum occupies six rooms of the house. The exhibition in the former kitchen of the Chkalov family is dedicated to childhood and youth. Here you can see photos of parents and family, school photos of Chkalov, student supplies. The next section tells about Valery's studies at the Cherepovets Technical School and introduction to aviation. It was during this period that he first saw a seaplane flying over the Volga, began working in aviation workshops, and then learned to fly. There is a pith helmet that Chkalov was wearing during his first flight. 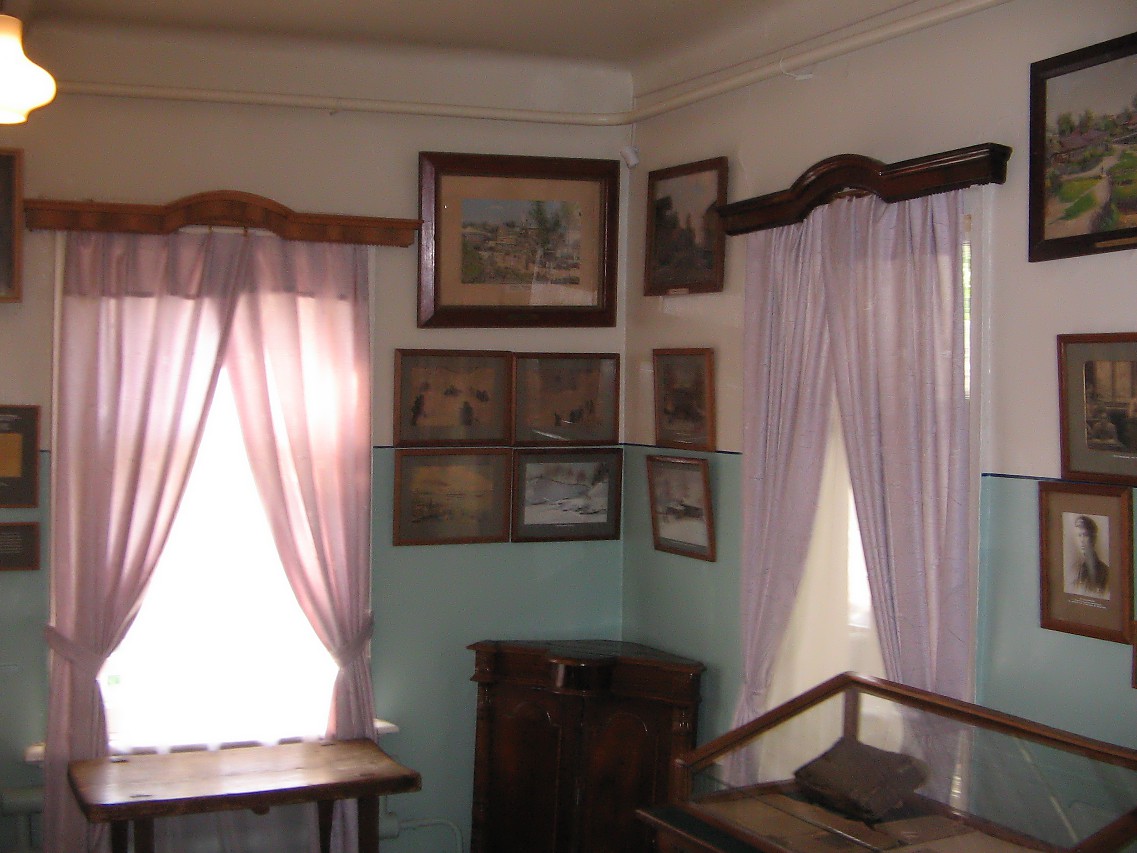 The next room contains exhibits related to his flight work, including a damaged engine cylinder and a flight map with routes drawn by Valery Pavlovich's hand. A separate exhibition tells about two non-stop flights made by Chkalov, here it is fashionable to see the flight suit in which both flights were made and personal belongings. The last room tells about the death of a brave pilot, a flight suit with traces of blood and an unopened parachute are stored here. 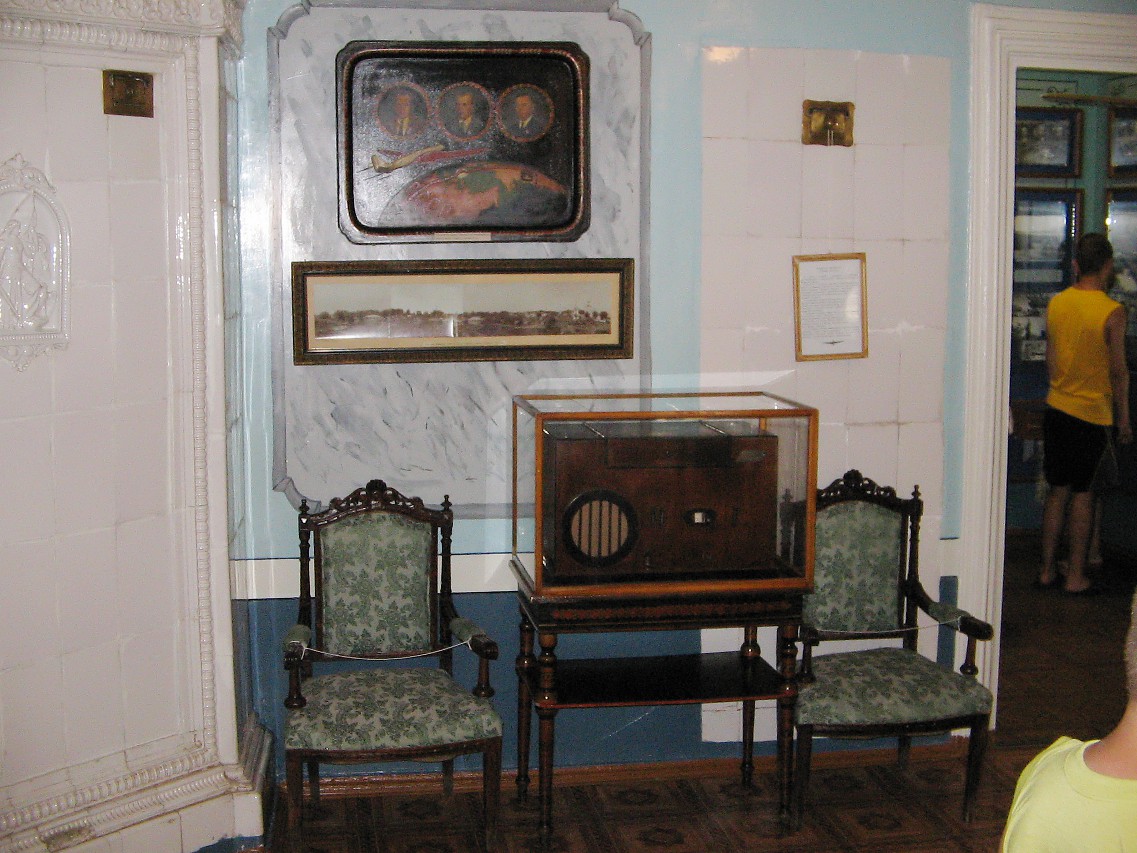 Next to the house-museum is a hangar, where there are several historical aircraft and other exhibits related to V. P. Chkalov. In the center of the exhibition is a record-breaking ANT-25 aircraft called the "Stalin Route", on which the so-called "Great Flights"were made in the second half of the thirties. I'll tell you more about the plane in the next article. 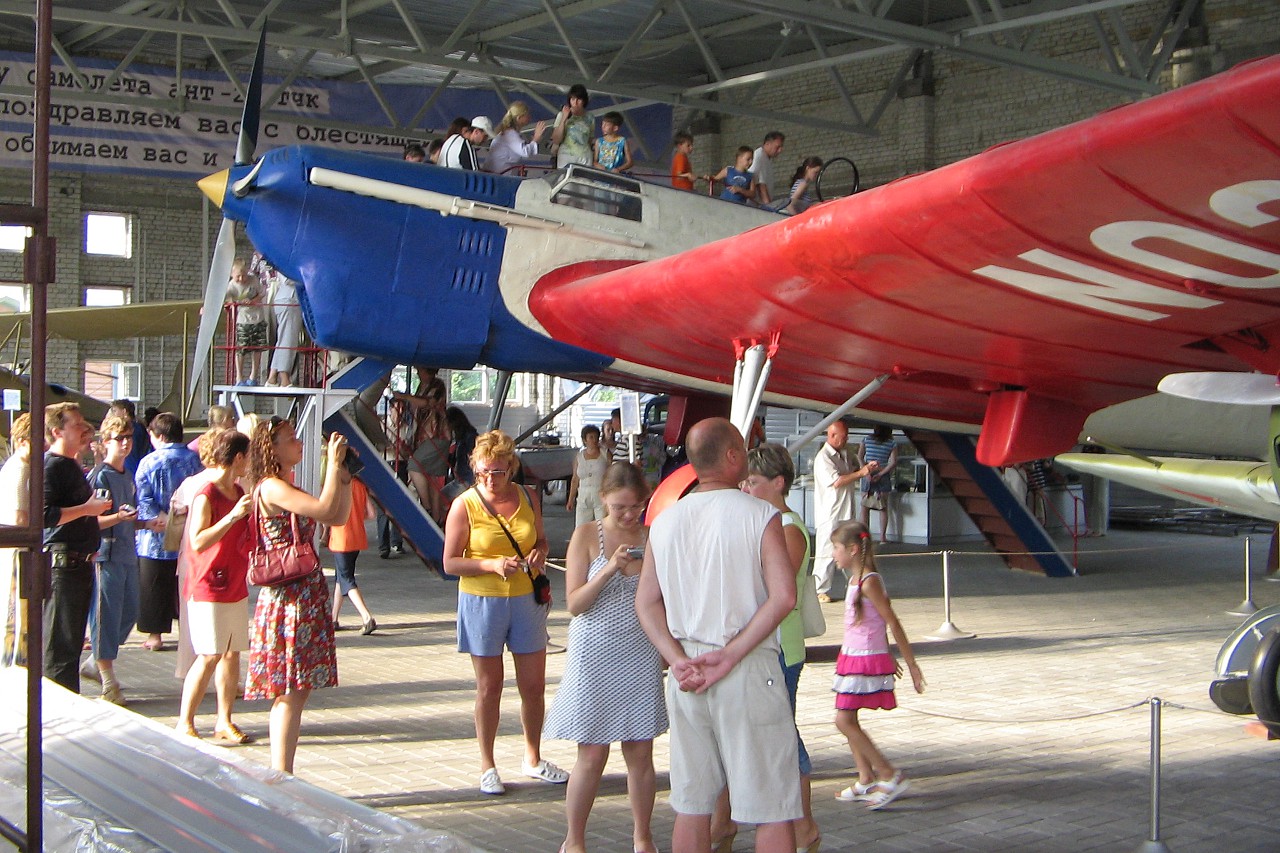 On July 20, 1936, an ANT-25 consisting of crew commander V. P. Chkalov, co-pilot G. F. Baidukov and navigator A. V. Belyakov took off in Moscow and flew 9375 kilometers in 56 hours and landed on the sandbar of Udd Island in the Sea of Okhotsk. All the crew members were awarded the title Hero of the Soviet Union, and the commander received a Po-2 aircraft as a gift from the Government. The plane was used by Chkalov for official flights, and he also flew to his native village several times, where he rode his countrymen on it. 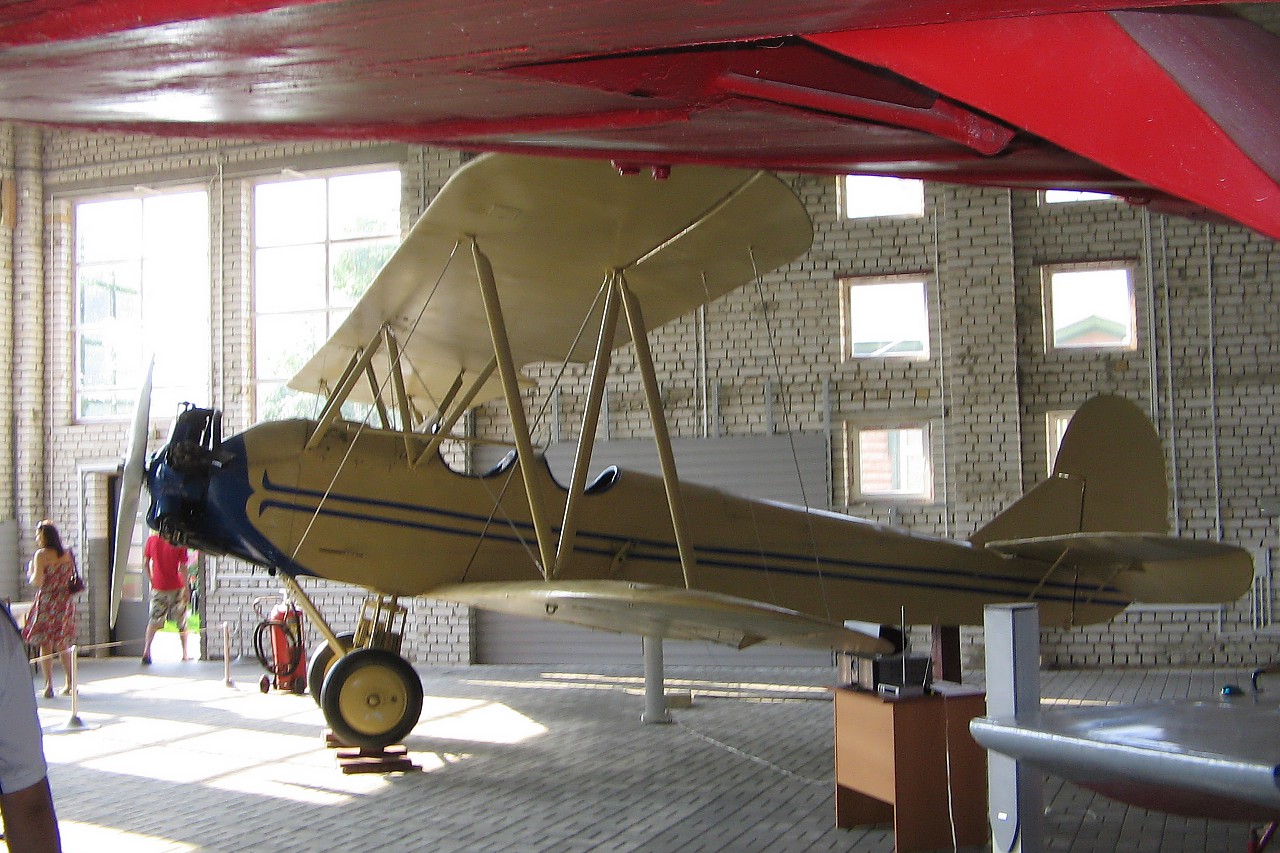 The next flight began on June 18 in Moscow, the plane flew over the North Pole and on June 20 landed safely in Vancouver, Washington, USA. The Chkalov crew covered 8,504 kilometers in very difficult conditions, being in the air for 63 hours and 16 minutes. For this feat, Chkalov, Baidukov and Belyakov received Paccard Eight model 1937 cars from the Government. 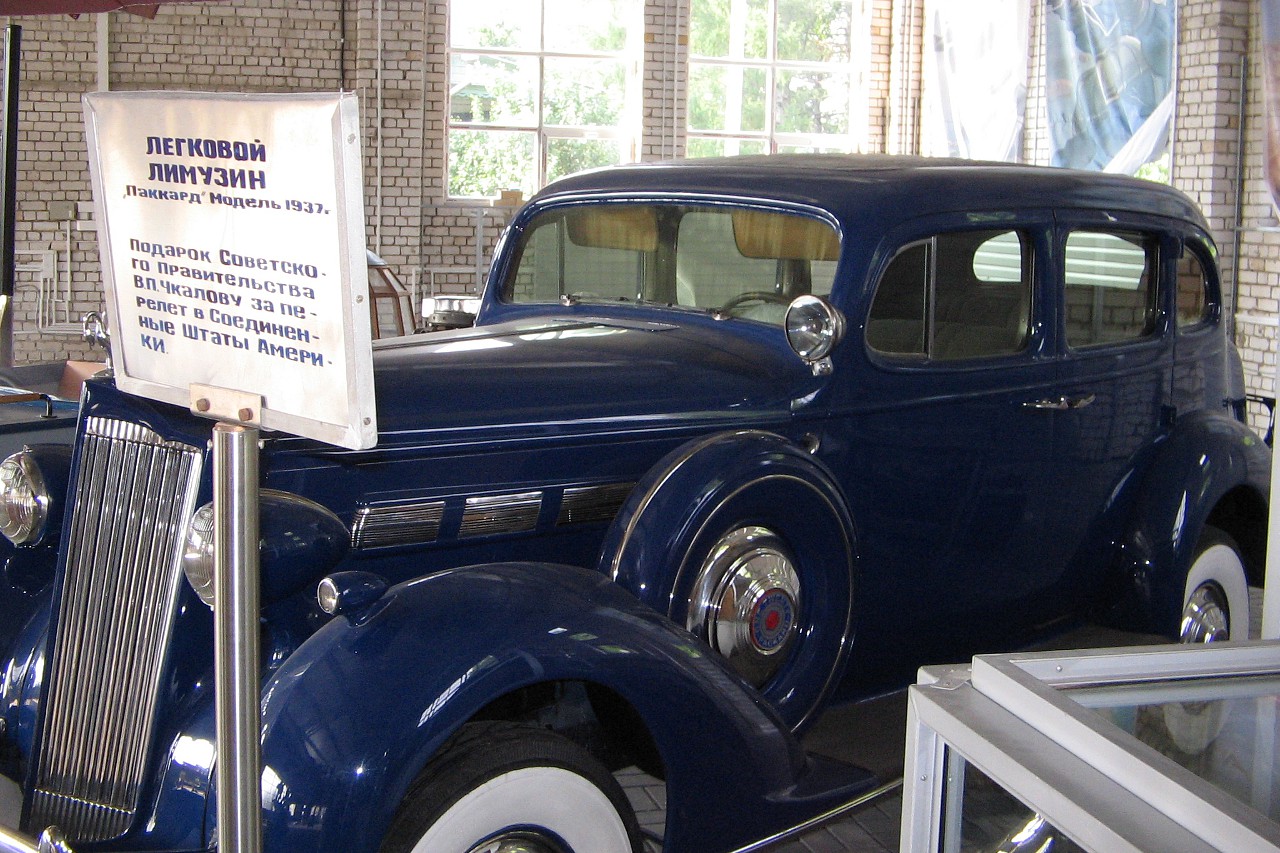 The M-25 9-cylinder radial air-cooled aircraft engine with a capacity of 625 hp was produced in the USSR under license from the American company Wright and was a copy of the Cyclone R-1820F3 engine. These engines were installed on the I-15 and I-16 fighters designed by Nikolai Polikarpov, which were tested by Valery Chkalov. 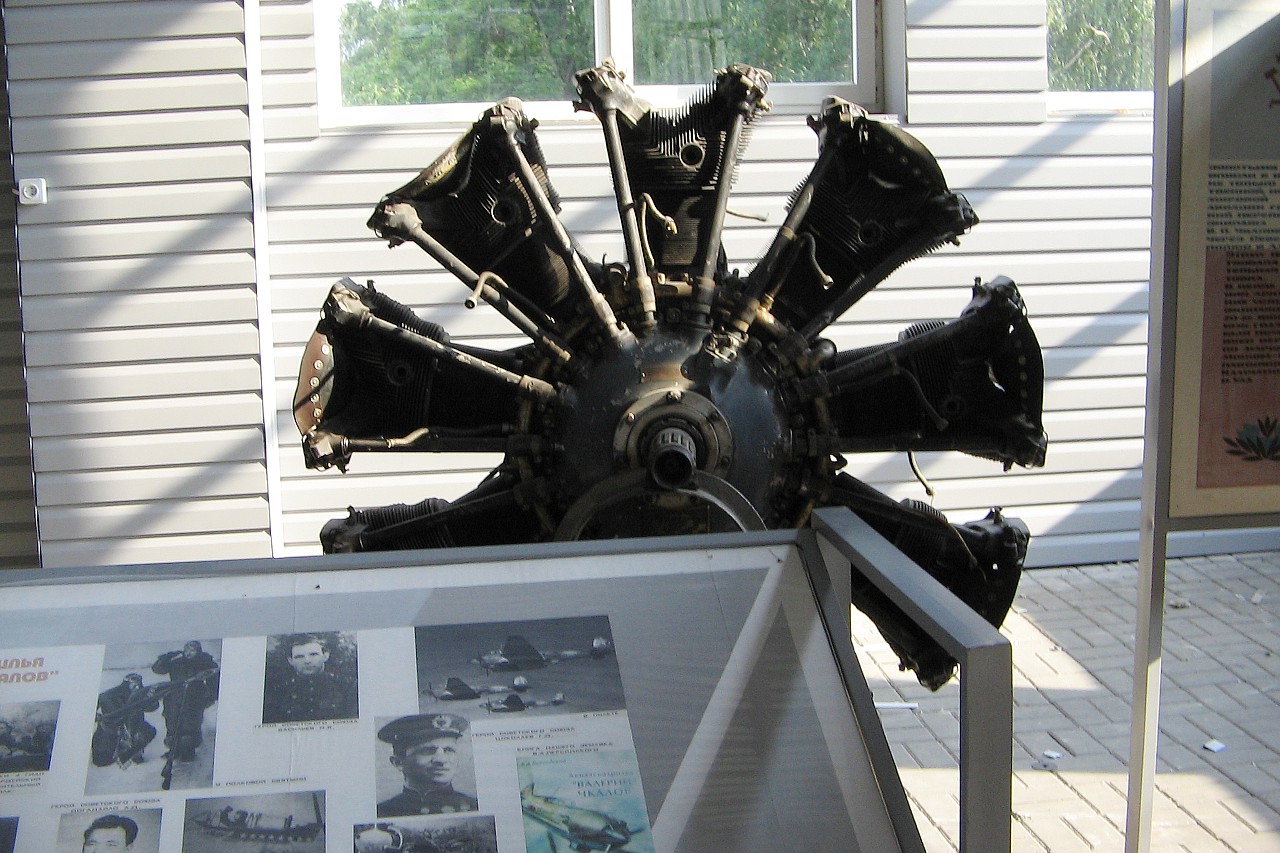 The I-17 aircraft, which was developed by Polikarpov in parallel with the I-16. The use of an inline water-cooled Hispano-Suiza"12Ybr" engine made it possible to reduce aerodynamic drag and achieve higher speed than that of the I-16 with a radial engine. The I-17 was tested by V. P. Chkalov in September 1934 and reached a speed of 455 km / h, but this project was not developed due to difficulties with the production of inline engines in the USSR. Nevertheless, in 1936, the I-17 was shown at the Paris Air Show. 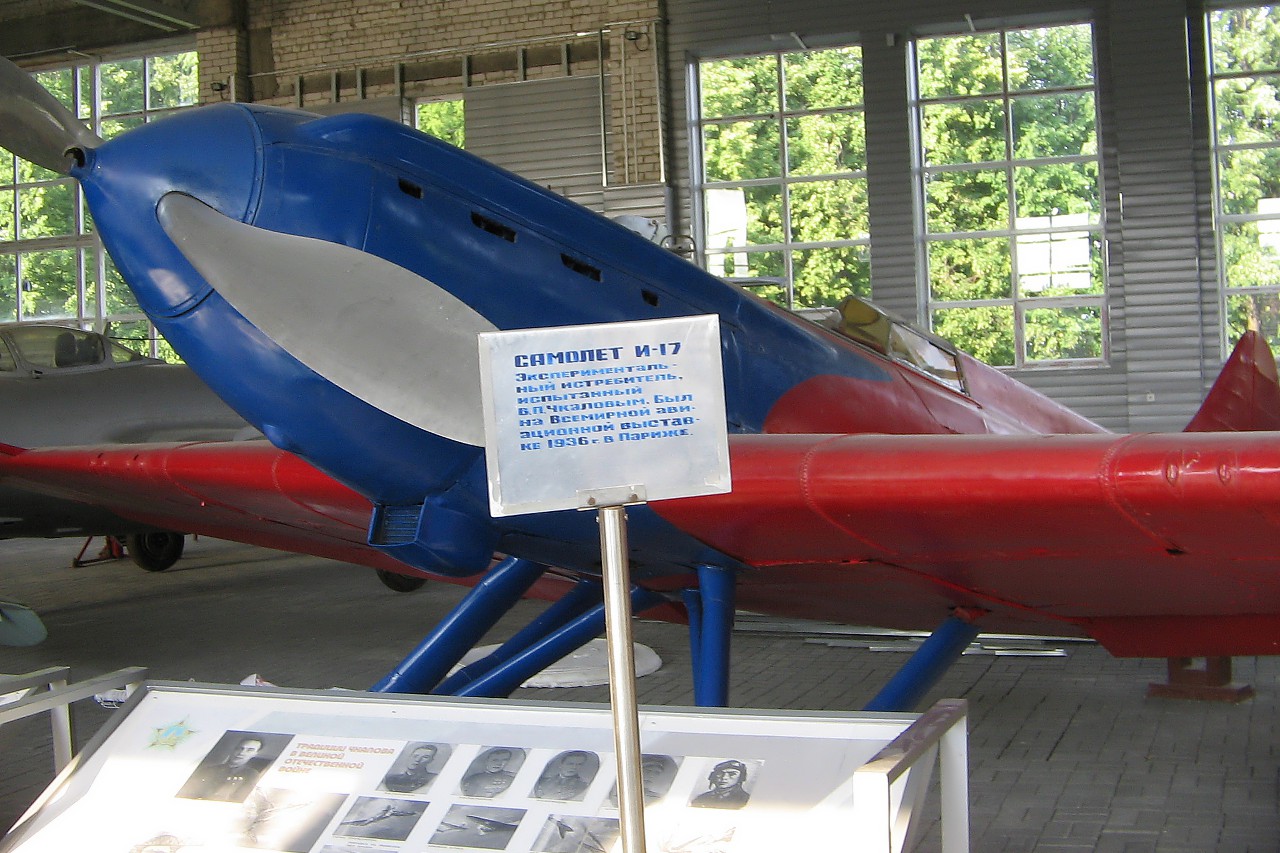 The museum is located in the city of Chkalovsk, on Chkalov Street, 5. You can get here from Nizhny Novgorod from the Kanavinskaya bus station by bus number 550 " N. Novgorod-Chkalovsk", the journey time is about three hours. The bus runs 8 times a day, and 3 times on Sundays. A faster option is passing buses to Yaroslavl, Kineshma, Ivanovo, etc., about 20 flights a day. The museum is open to visitors from Tuesday to Sunday from 10: 00 to 17: 00, the ticket price is 90 rubles