The Interiors of the Uppsala Cathedral

After looking at the majestic towers of the Cathedral, we will get acquainted with its interiors, made in the style of French Gothic. 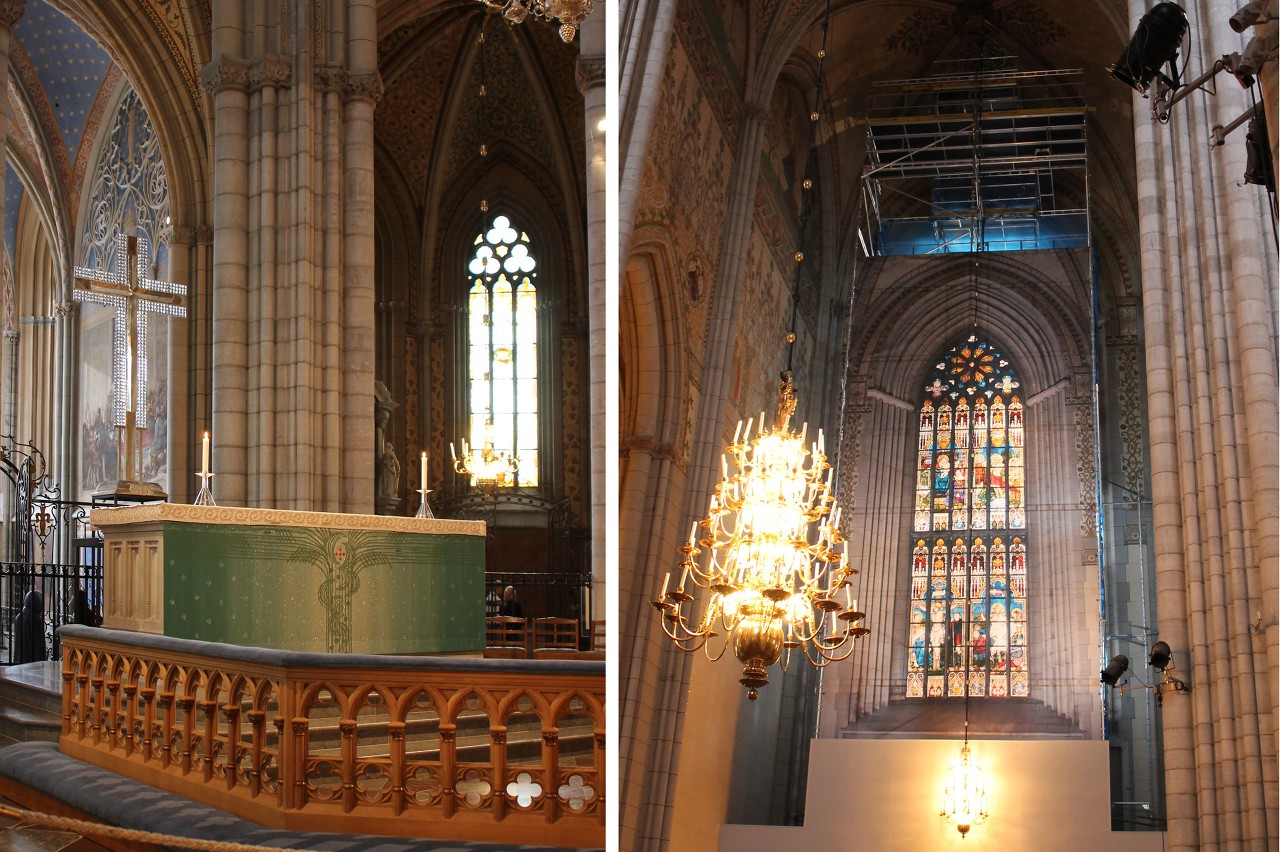 The walls and vaults are decorated in a Neo-Gothic style. 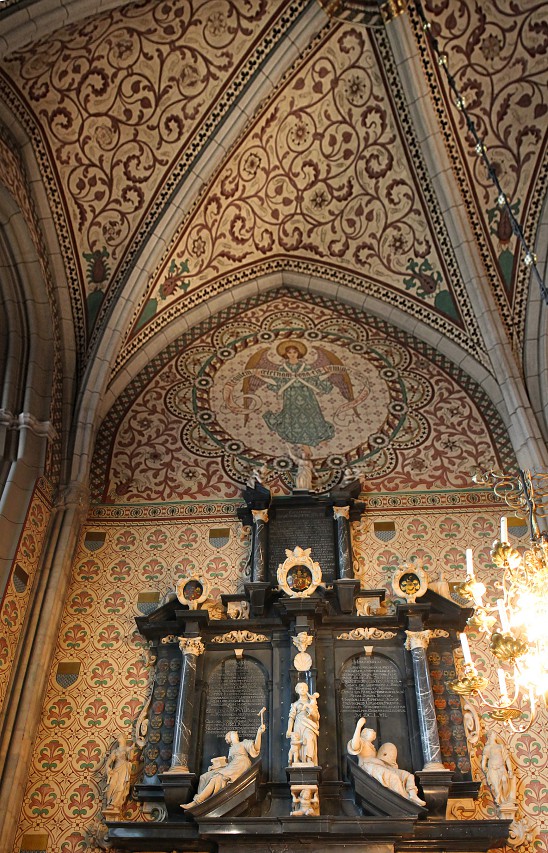 During the restoration in the 70s of the 20th century, frescoes from the reformation period were discovered. 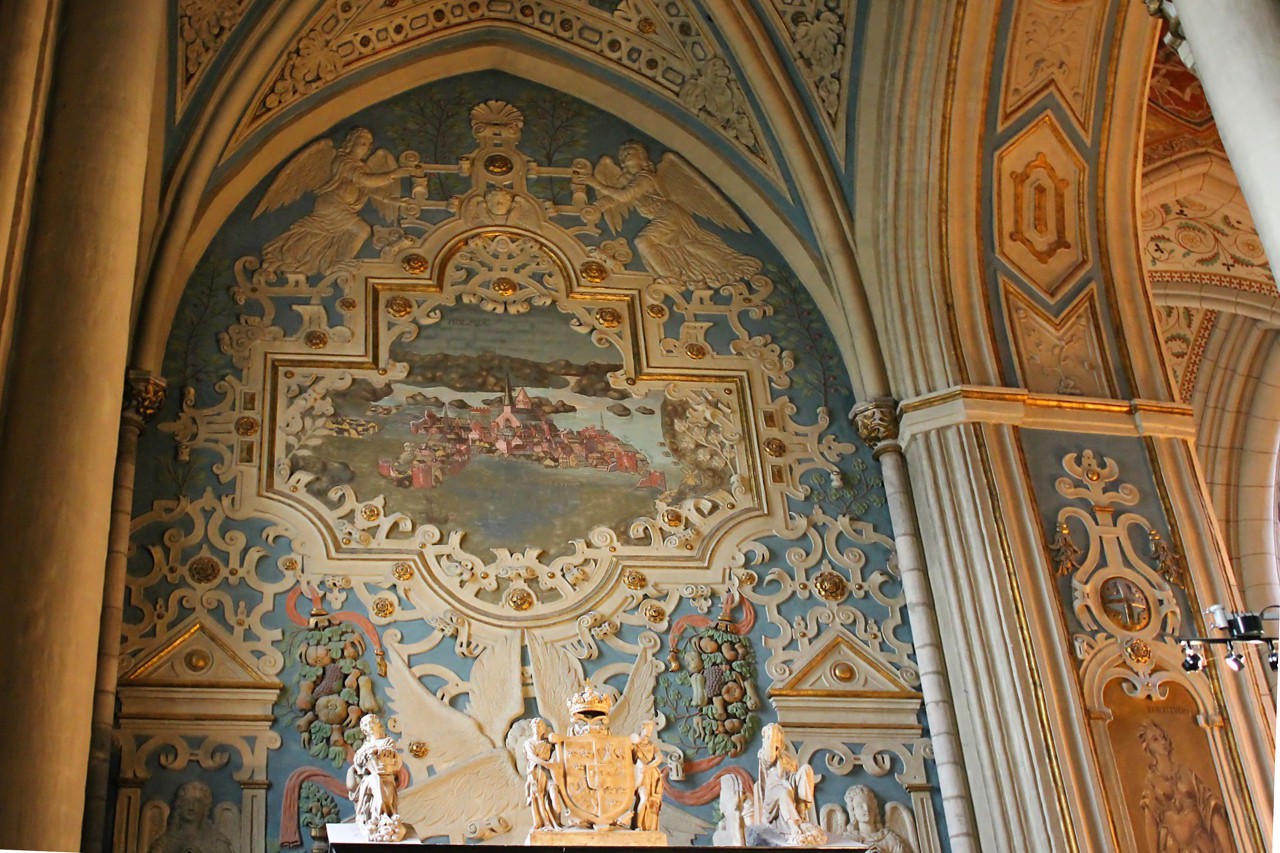 The original stained glass Windows of the 15th century were lost in the fire of 1702, however, several Windows have retained their former appearance. 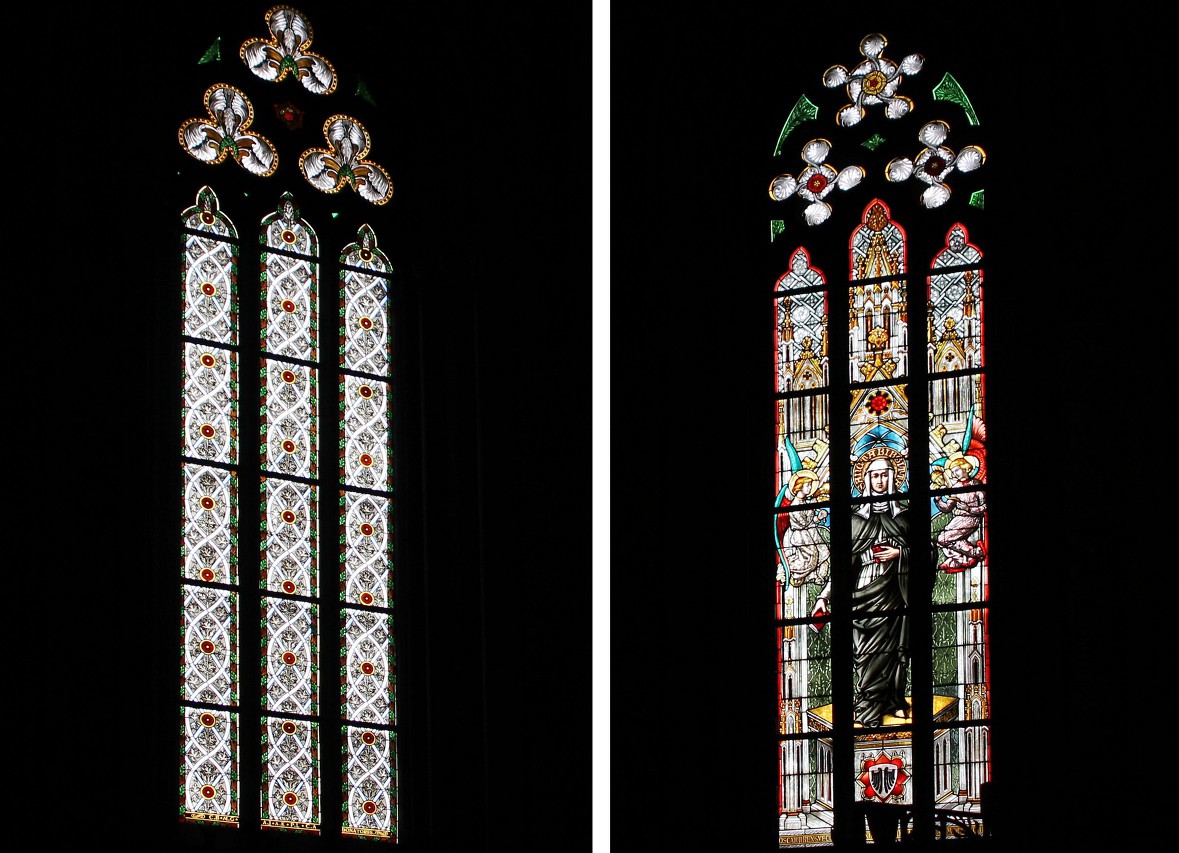 The magnificent pulpit was built by Burchard Precht during the restoration of the temple after the great fire in Uppsala in 1702 and opened in 1710. The construction was carried out at the expense of the Dowager Queen. The pulpit is now used for Sunday morning services. 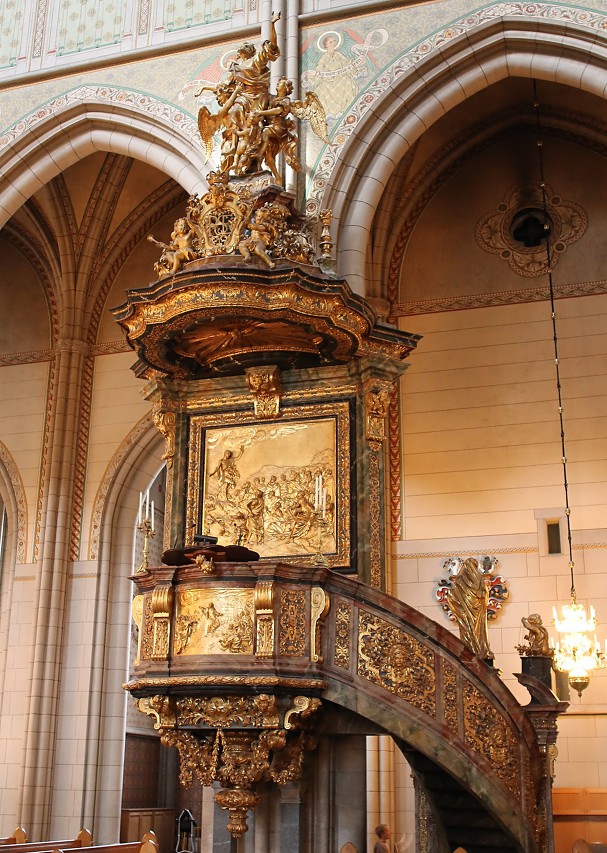 There are 4 organs installed in different parts of the Cathedral. The large organ (Åkermanska orgeln) was created by Per Larsson Akerman, who became the first organ master in Sweden and later founded the famous company Åkerman Lund Orgelbyggeri. The organ was installed in 1871 in the West gallery and is decorated in the French style romanticism's. 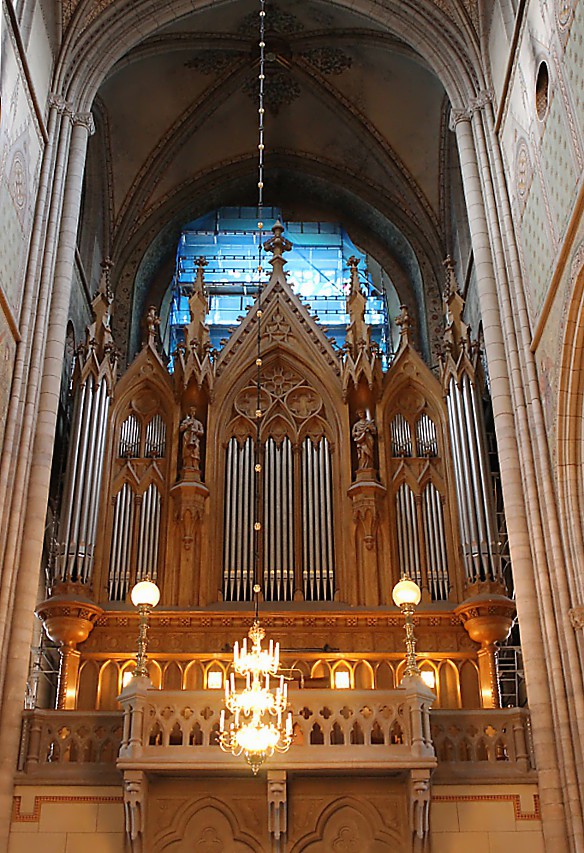 The newest organ, the Ruffattiorgeln , was installed in the North transept most recently, in 2009, it was built by the Italian company Fratelli Ruffatti. 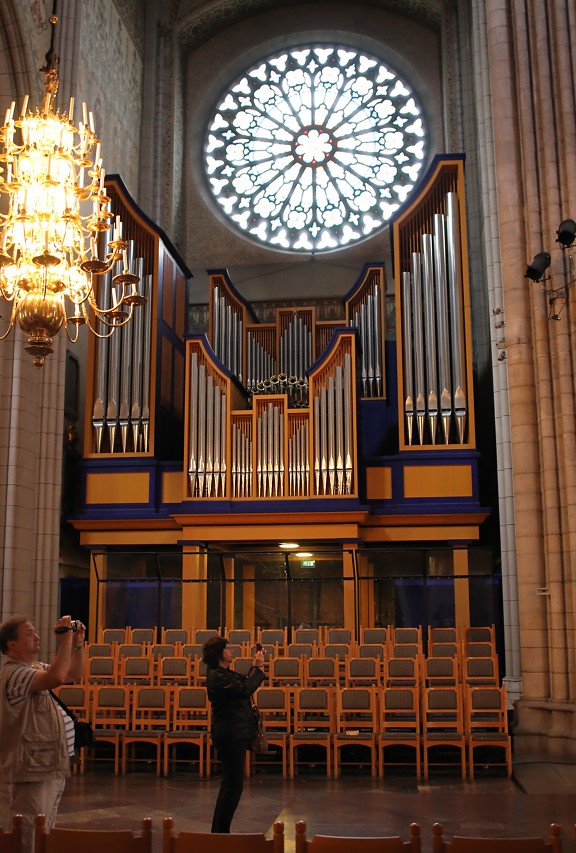 Here you can also see the so called Flemish altar. 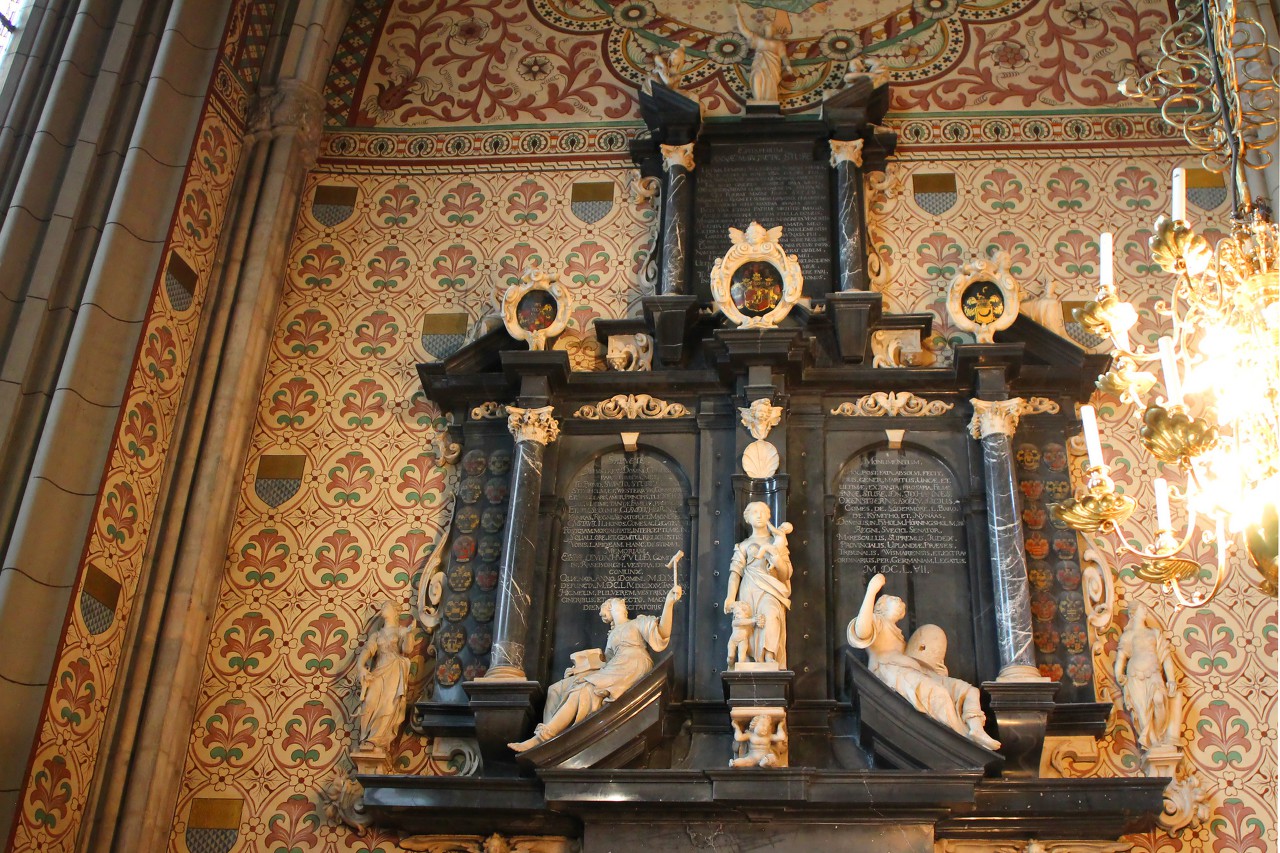 Triptych of the work of the Flemish masters.

One of the chapels has a collection of tapestries, the oldest of which dates back to 1275. 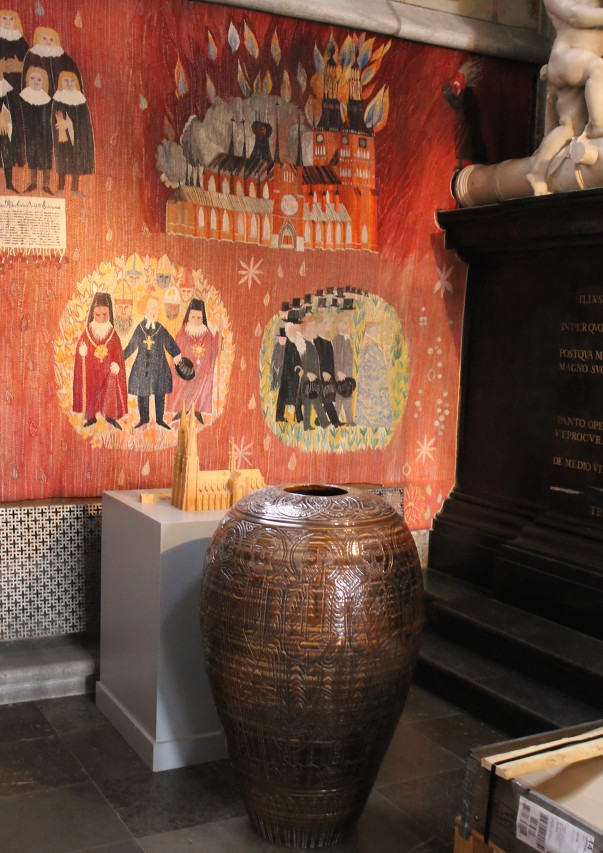 Shrine with the relics of Saint Erik (Erik den helige), a legendary character of ancient Sweden, who was king from 1156 to 1160 years. Known as Erik the Lawyer, Erik the Swedish, and finally Saint Erik-the patron Saint of Stockholm, depicted on its coat of arms. Erik's ascension to the throne occurred after the overthrow and murder of Sverker I the Elder. The new king also reigned briefly and was killed by supporters of his predecessor's dynasty. Legend has it that Erik was beheaded in front of the temple after he finished the service there. He was initially laid to rest in the Church of Old Uppsala, built among the burial mounds of his pagan ancestors from the Yingling dynasty. Rumors quickly spread about the miracles that were taking place at the scene of Eric's murder. It was said that at the place where the severed head had fallen, a spring had sprung up from the ground. 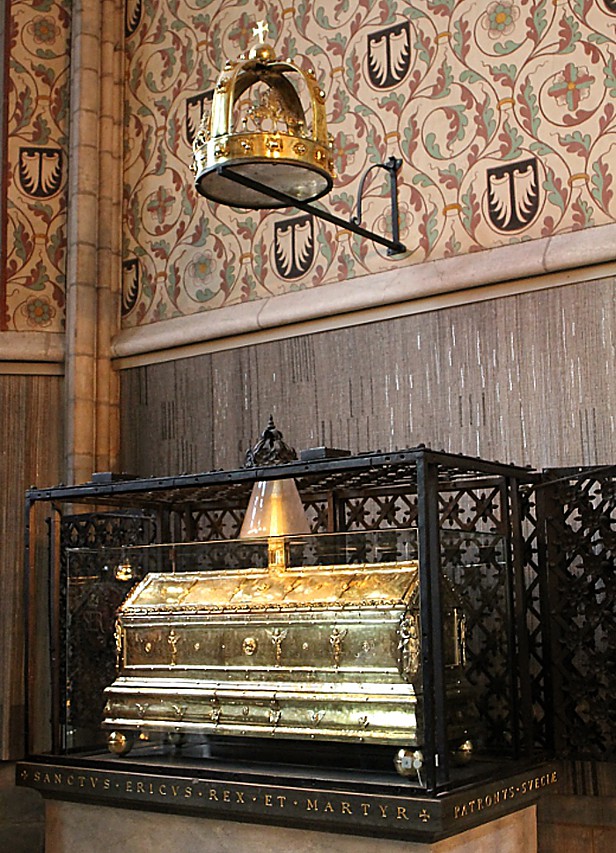 Erik's son, Knud Eriksson, who succeeded to the throne, encourages the worship of his father as a Martyr, which led to eventually, the recognition of him as a Saint, however, filled his biography with legends and myths, which have sunk into oblivion the actual information about his life. Eric is credited with the conversion to Christianity of Finland, for which the king had organized a crusade in the land of Suomi. Also at Eric's direction, Swedish laws were ordered and a code known as "Eric's Law" or "Uppsala code" was compiled, and the king was nicknamed "Eric the lawyer". The date of Eric's murder, may 1, 8, became an official memorial Day, despite the fact that the official Church never formally canonized him. In 1273, his remains were moved to Uppsala Cathedral, built on the site of the old Church where the murder took place.

King Johan III, scientist Carl Linnaeus, and philosopher Emmanuel Swedenborg are also buried in the Cathedral. King Gustav Vasa is buried in the chapel of the virgin Mary. I will tell you about this in detail in the next article. 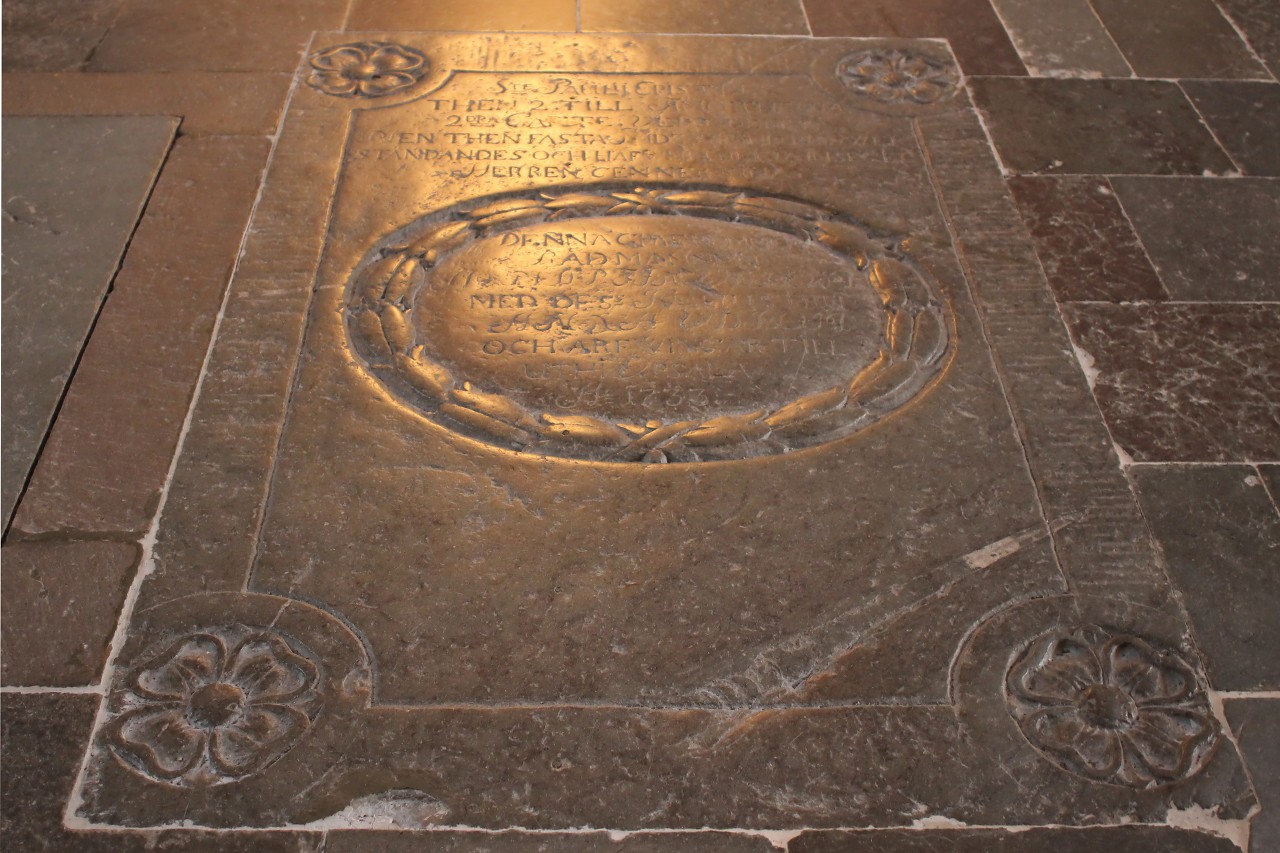 At the entrance, you can see a sculpture - a candlestick, called "tree of reconciliation of man". It was installed in 1968 in memory of the Assembly of the Council of churches held in Uppsala. 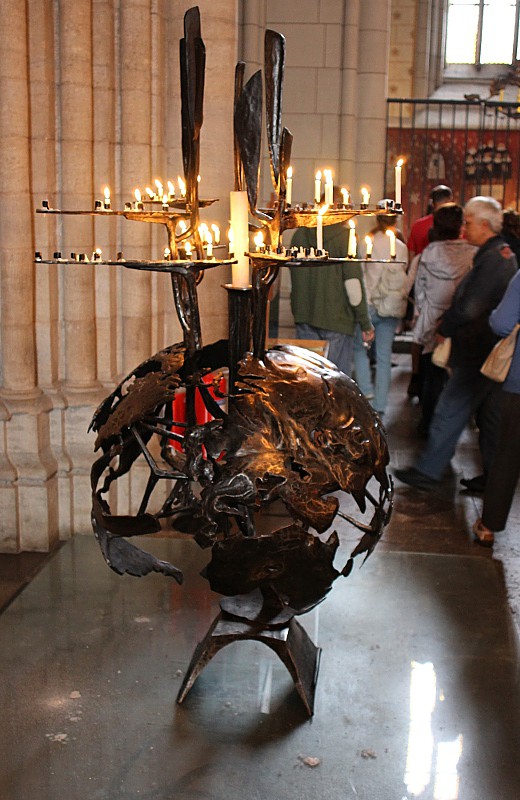 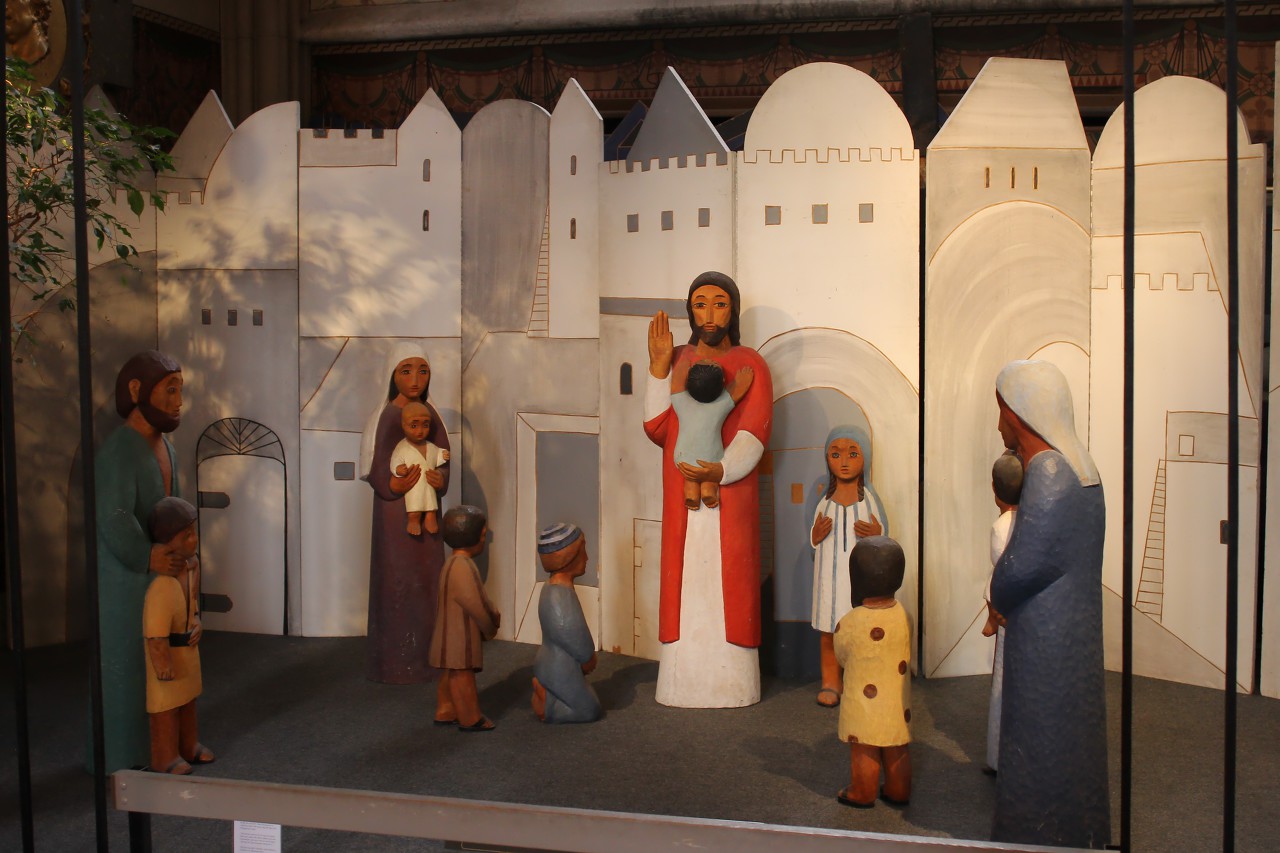 The prayer book for General use is typical for Lutheran churches. Catholics simply lay out sheets of the text of the sermon on the pews before mass. 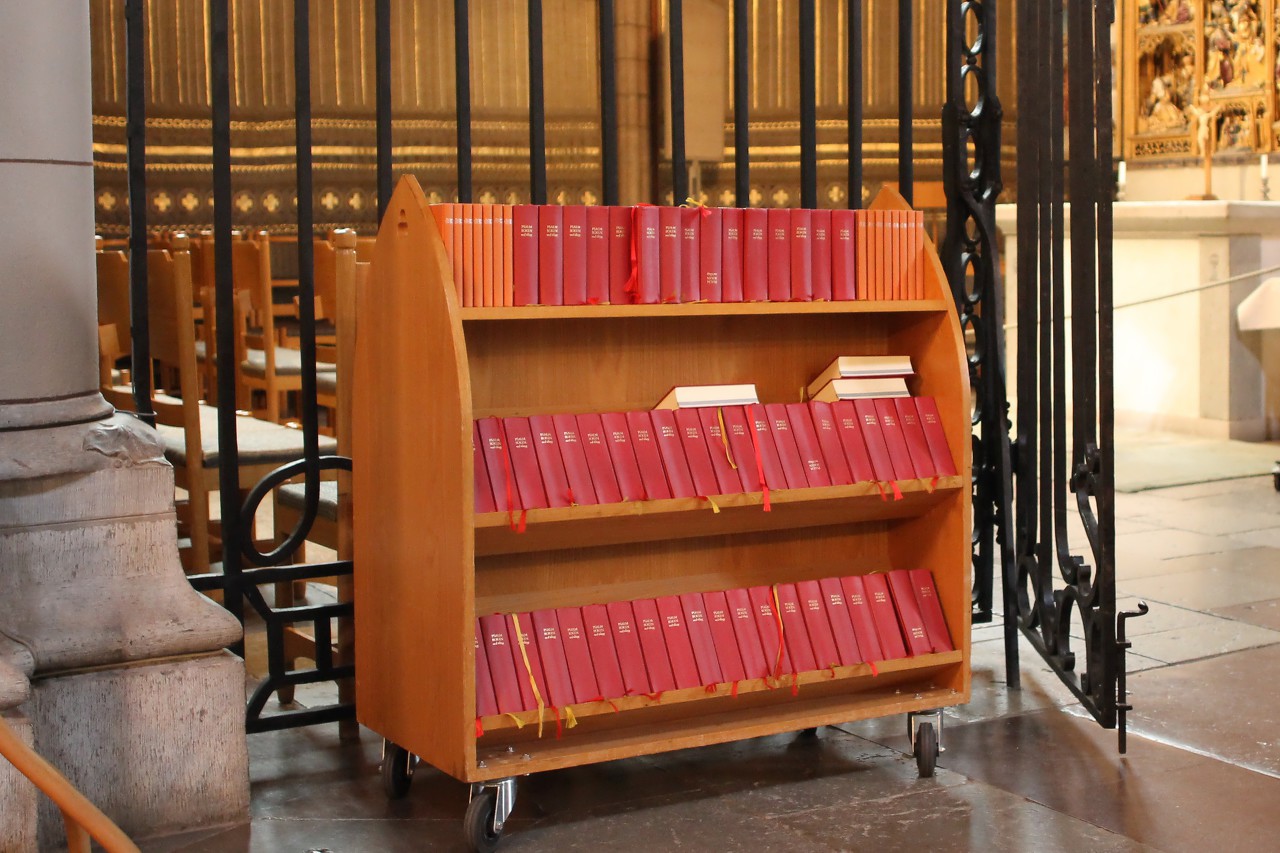 The Cathedral is open to the public daily from 8 to 18 hours, entrance is free.