Early in the morning our ferry from Turku, having made its way through the maze of Åland Islands, arrived at the port of Stockholm. Hopes to look at the shores of the suburbs of Stockholm were not fulfilled, because it was foggy. The only consolation was that I managed to save a fair amount of calories for the upcoming day, taking advantage of the benefits of an unlimited buffet (buffet) for just 11 euros. When we set foot on the Swedish coast, we boarded a bus and in 20 minutes were at the observation platform in the Södermalm district. The weather was not as Sunny as it had been in Suomi yesterday, and the air was thick with water dust, but it was very warm. 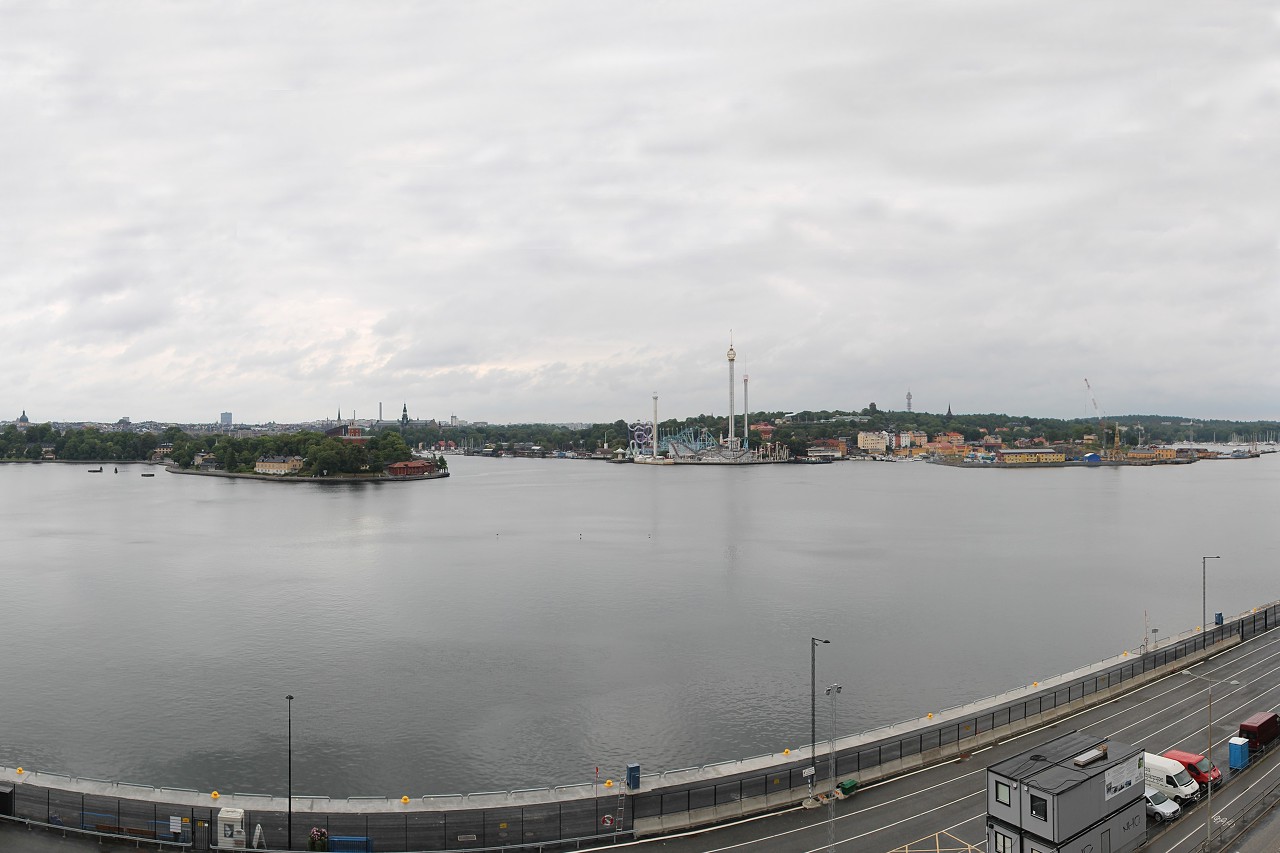 I must say, the panorama from this point gives a faint idea of the city, since the Central part is quite far away. On the lower left, the former port customs building, built in 1906 by Ferdinand Boberg, is an architectural monument. Now it houses the Museum of photography (Fotografiska muséet). 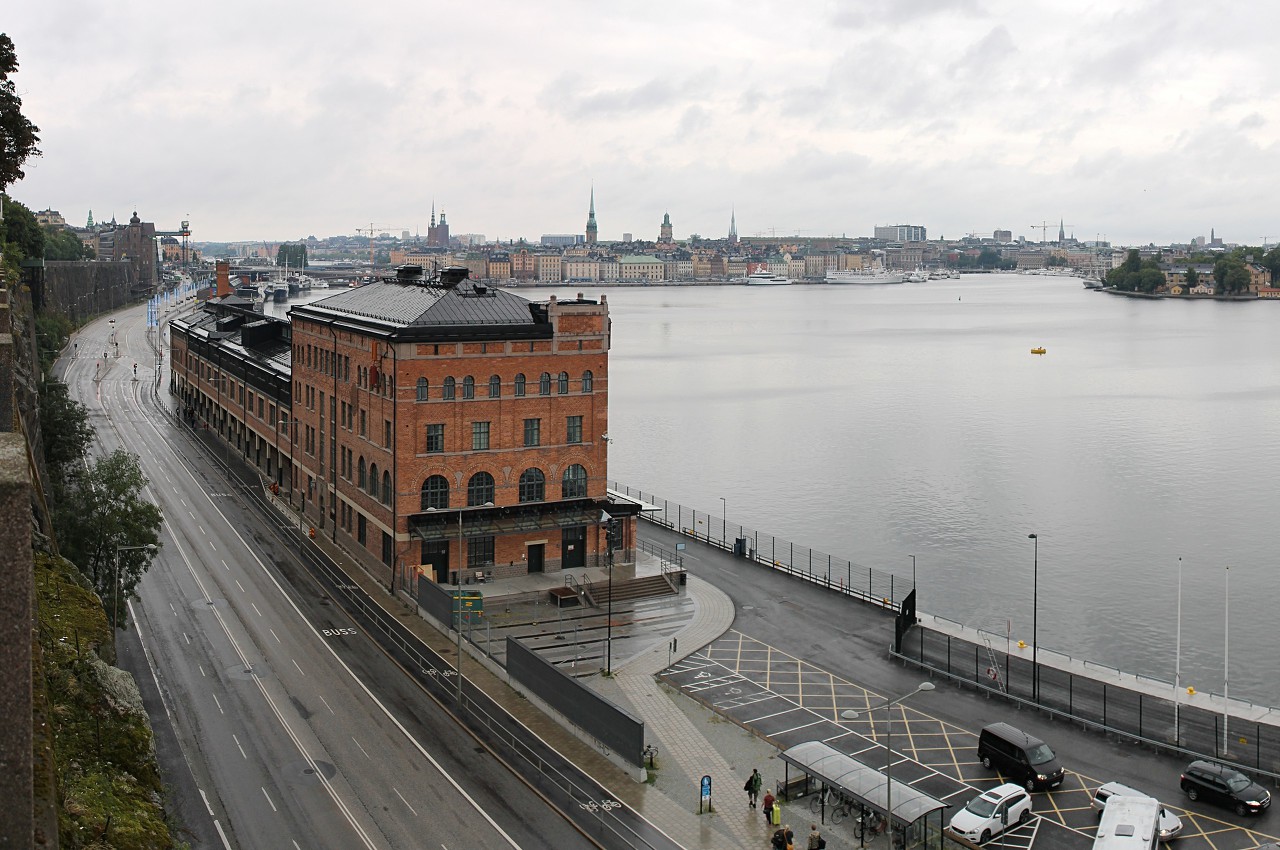 If you have good optics, on the left you can see the "Katarina lift" with a viewing platform (Katarinahissen) at an altitude of 38 meters. There is a tent lift, but you can get to the site free of charge via a footbridge that leads from a nearby hill. The Elevator was built in 1883 and served as a public transport, providing access to the upper part of the södermalm district. A large tableau under the platform shows +23 degrees Celsius. I live in the Urals, Russia much south of Stockholm, we have in August 7 am much colder. 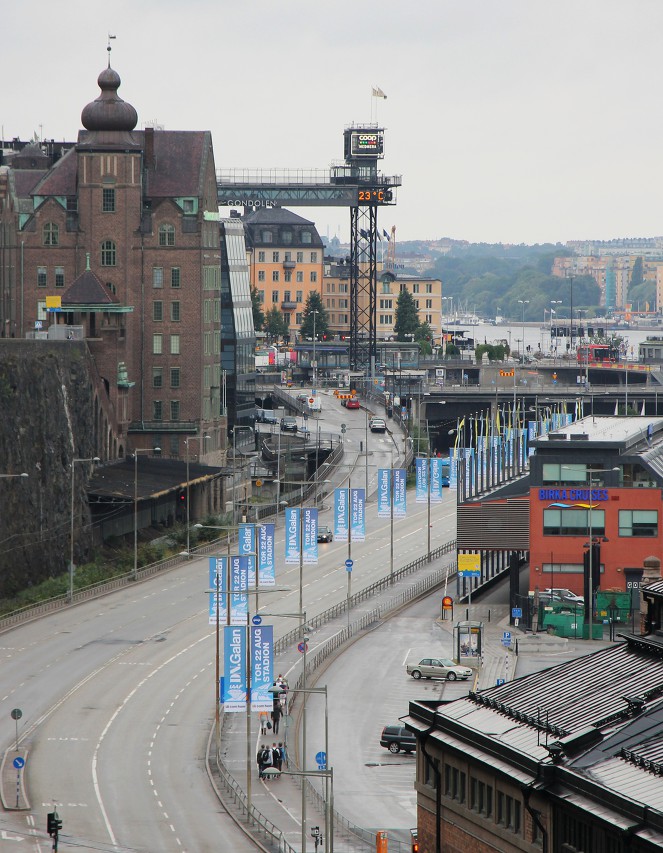 Let's look at the city center, which is about a kilometer away. If Prague is called the city of a hundred spires, then Stockholm can only boast of five. At least that's how much you can see from Södermalm. To the left is the openwork spire of the Knight's island church, followed by the massive tower of the Town Hall. 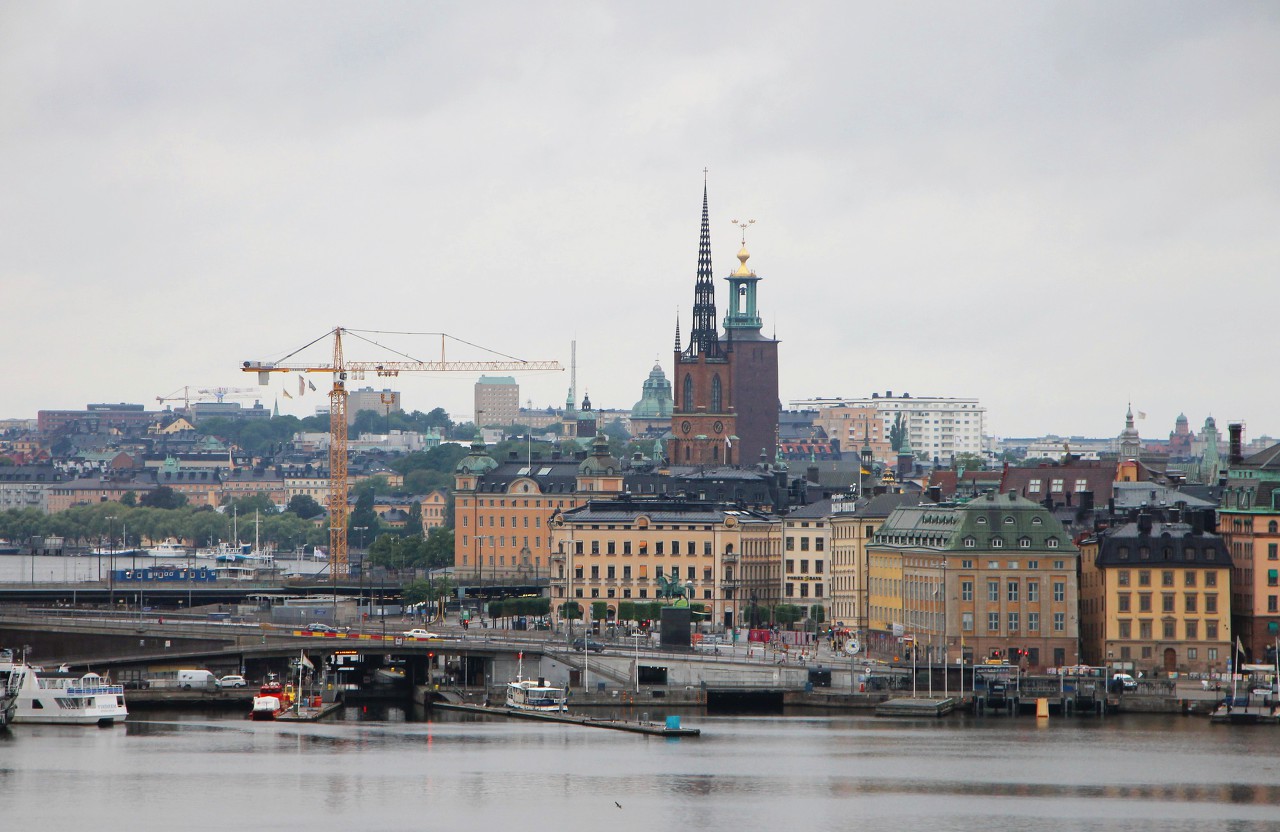 Above the island of Gamla Stan stands the German church and the Cathedral of St. Nicholas. In the distance to the right, you can see the highest spire of Stockholm, the tower of the church of Santa Clara, located in Norrmalm. 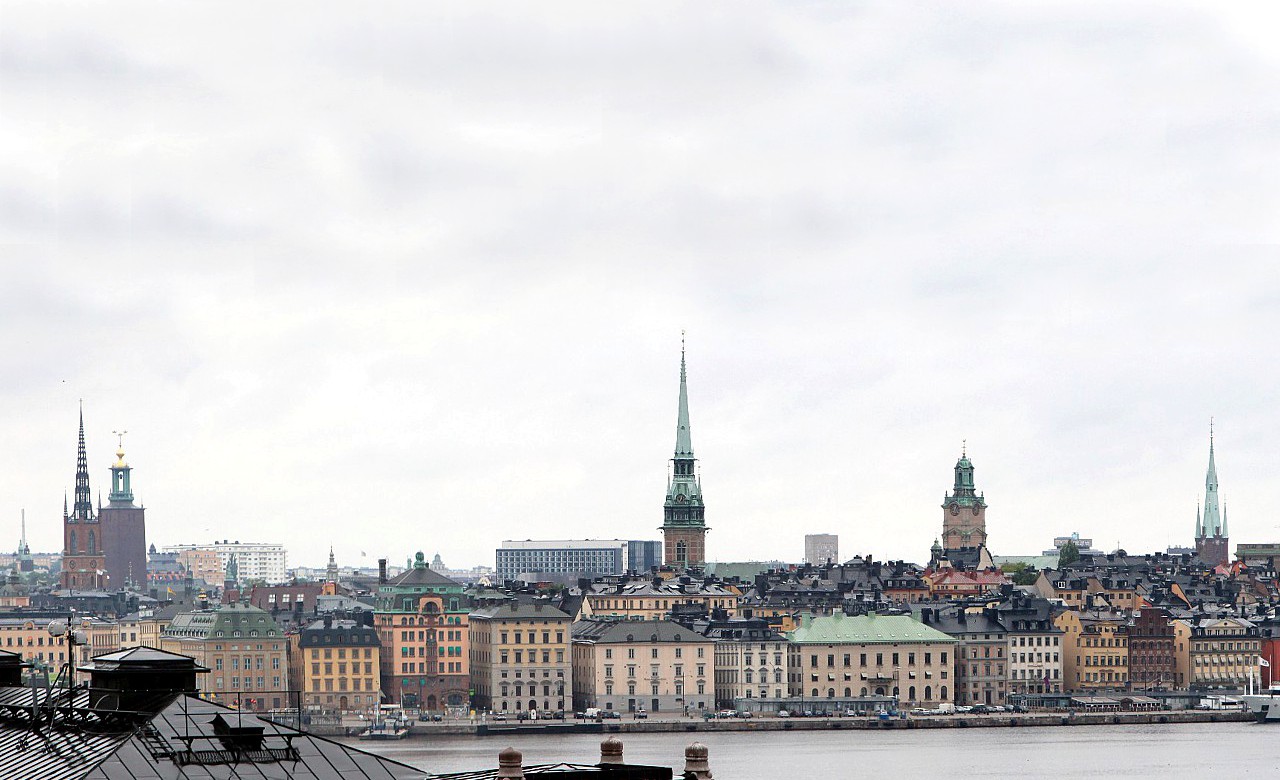 To the right of Gamla Stan is the island of Skeppsholmen, which also belongs to the city center. It is home to the ABBA group house museum, the Museum of aodern art, and the Museum of architecture. The big dome is the church of Skeppsholmen, on the left bank is the Royal University of fine arts, in the center is the old Naval College with an observatory on the roof, where cadets learned the wisdom of locating the stars. 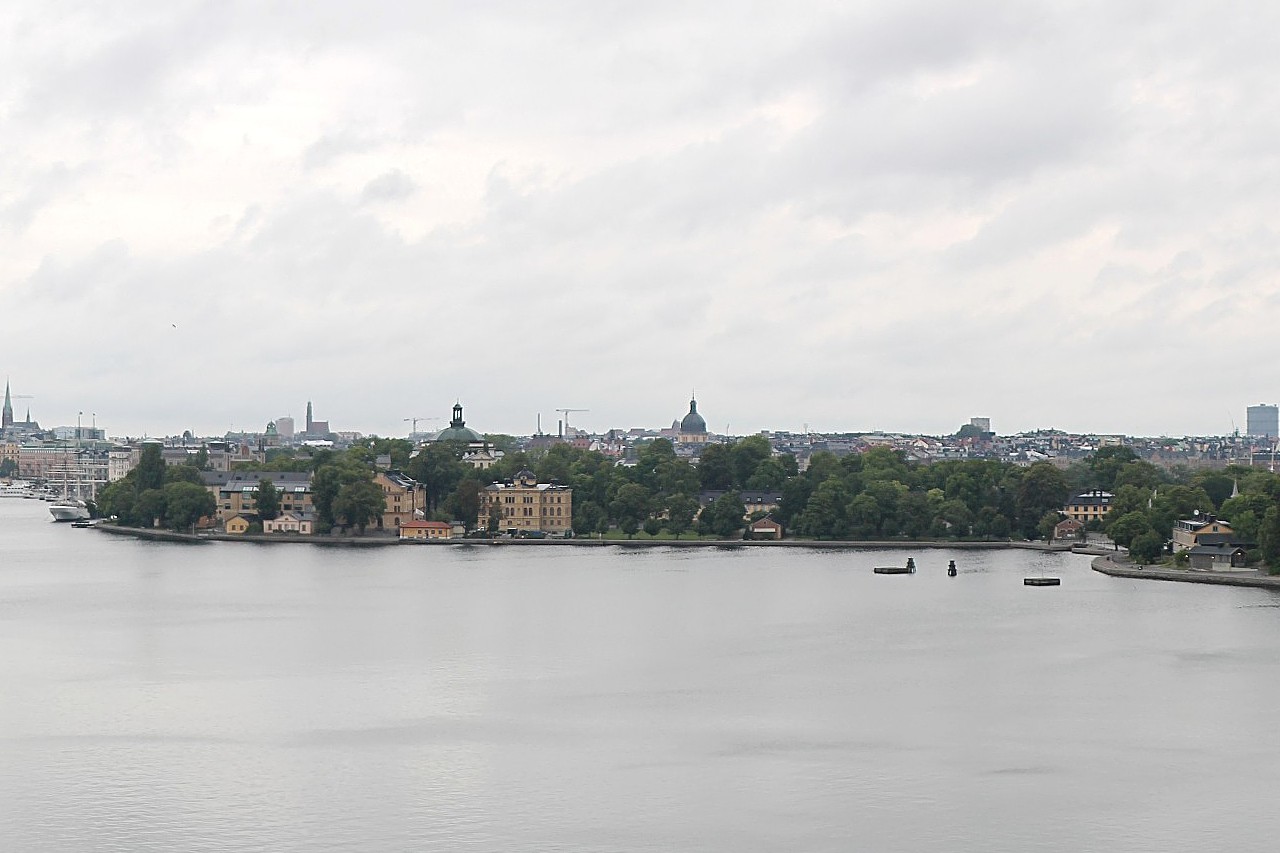 Kastellholmen ("Fortress island"), here is the small fortress of Kastellet, founded in 1667. In the 19th century, the fortress housed the production of gunpowder, which in 1845 exploded, turning it into ruins. Now on this site we see a red brick building with a 20-meter tower, built a year after the explosion. To the left of the tower you can see the roof of the Vasa ship Museum, to the left the Scandinavian Museum (Nordiska muséet), but they are located on the island of djurgården, separated from Kastellholmen by a channel. The red building on the beach is a former coal depot that supplied fuel to the galleys of warships of the sailing era. On the horizon stands the giant gas tank No.4 170 meters high, built in 1932. 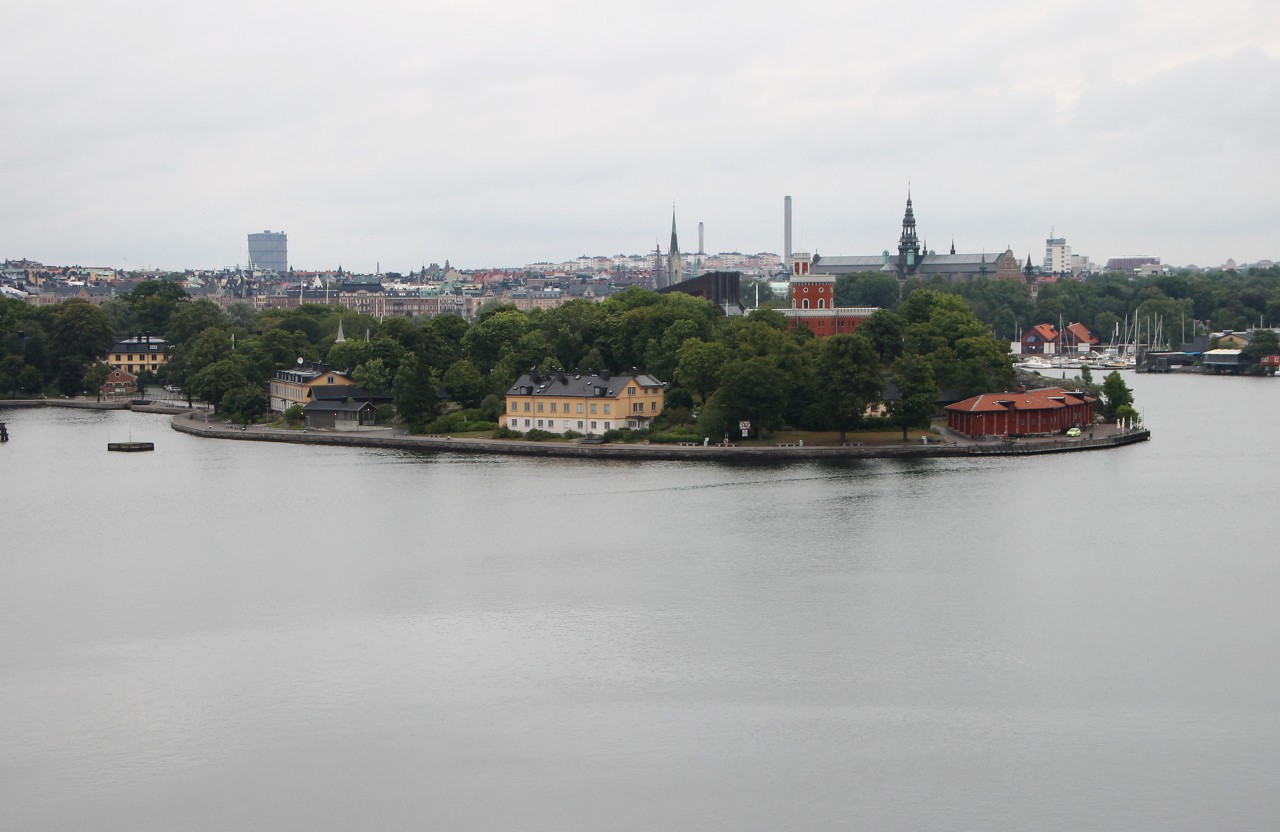 Djurgården island is famous for the Gröna Lund amusement park, one of the oldest in Europe. Its history began in 1883, when the Royal Park (Kungliga Djurgården) opened a playground with rides. Now there are more than five thousand visitors a day. Also on the island is the ethnographic Skansen museum, founded in 1891. This is a real Swedish village, in the houses of which there are workshops of folk crafts. 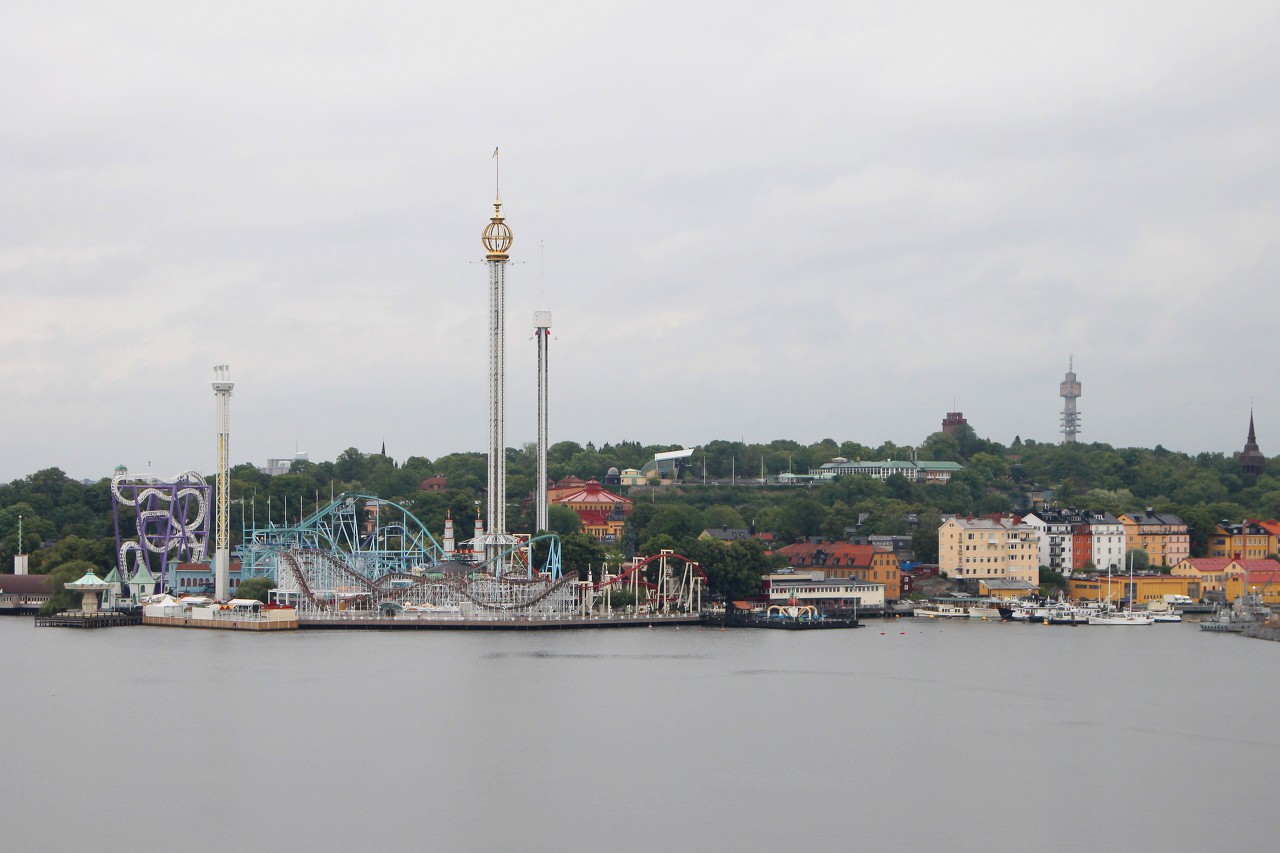 The Kaknästornet television tower in Ladugårdsgärdet was built in 1967 and does not shine with height or grace. It is a 155-meter concrete structure with a 15-meter steel mast, hung with numerous antennas. Upstairs there is a viewing platform and a restaurant. 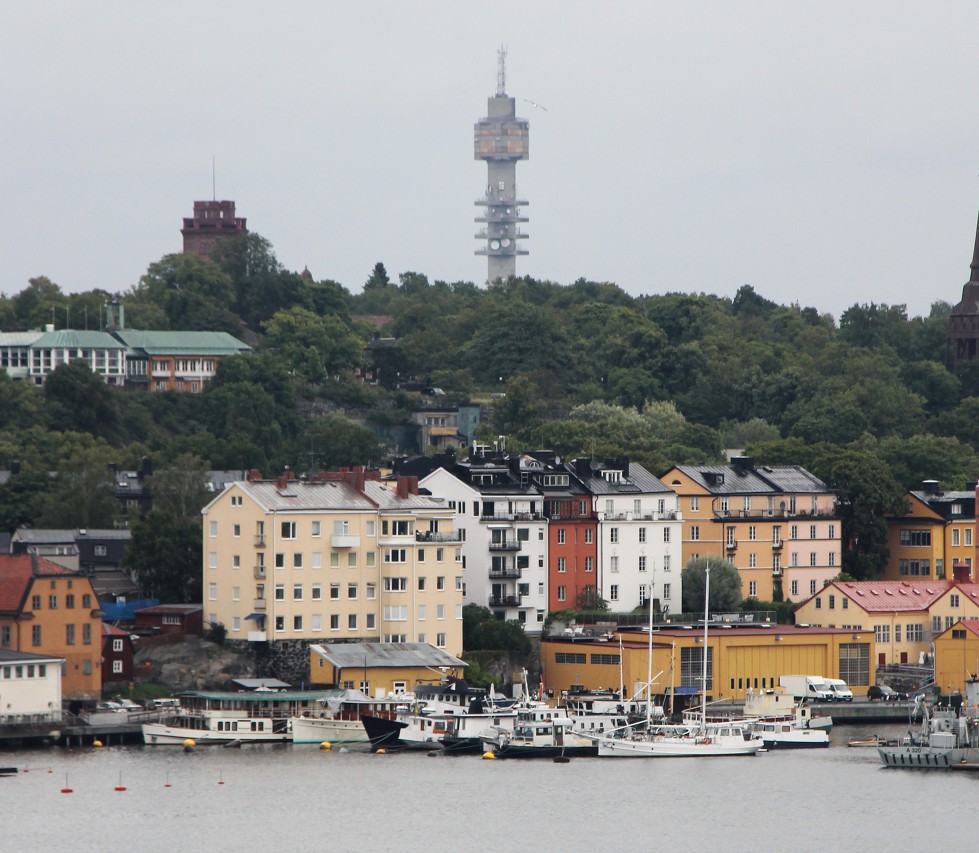 Well, let's finish our review of the panorama of Stockholm with the Viking Line ferry terminal, which is located to the right of the observation platform. 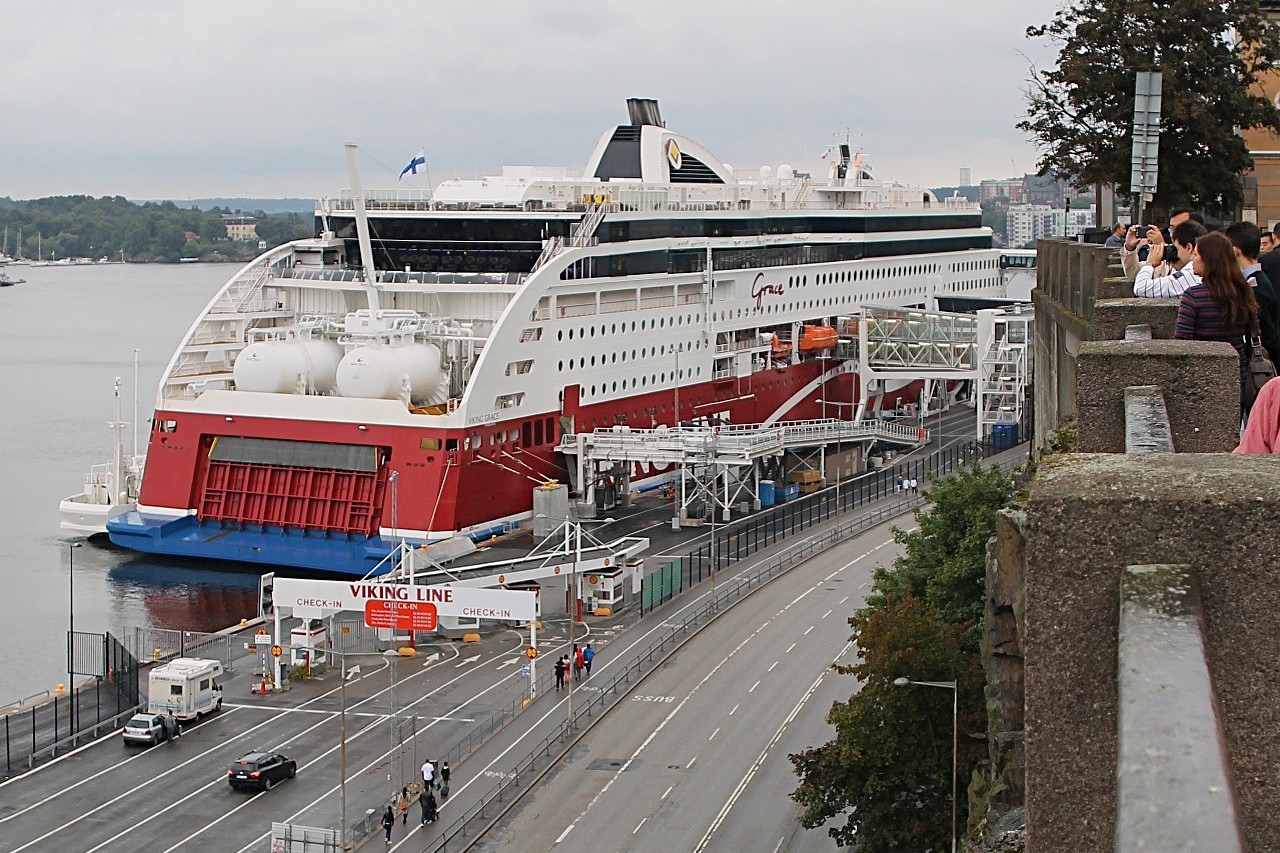