The main decoration of Haymarket square (Hötorget) can be called a sculptural group in front of the steps of the Stockholm concert hall, known as the Orpheus Fountain (Orfeusbrunnen). 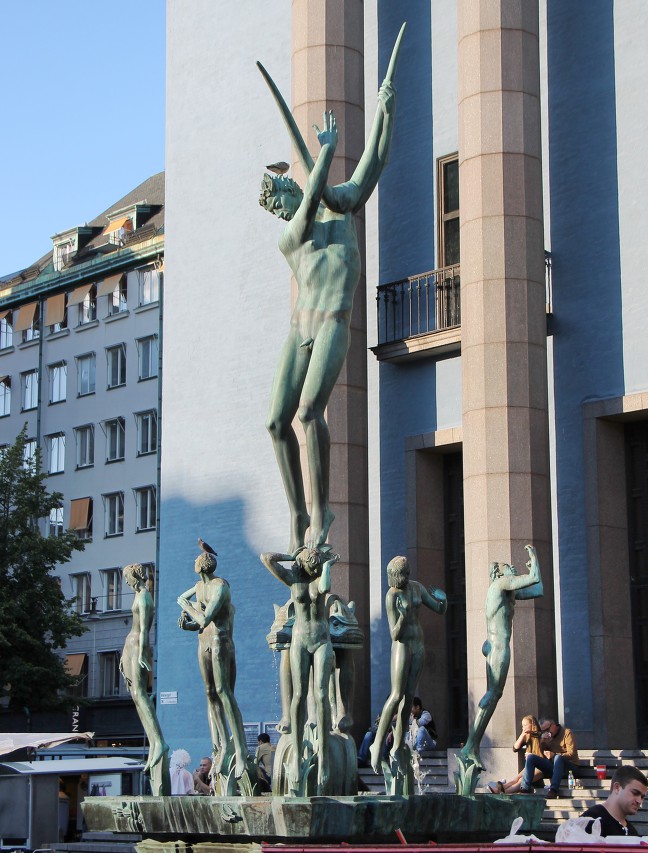 Construction of the Concert hall began in 1924, in 1925 a competition was announced for the sculptural decoration of its main entrance, a year later the competition Commission accepted the proposal of the sculptor Carl Milles. However, it took a long ten years before the fountain was opened, and it did not correspond to the original project at all. Milles ' work was greatly influenced by the Director of the Concert hall, Ivar Tengbom. The author himself called his creation "Orfeusgruppen". 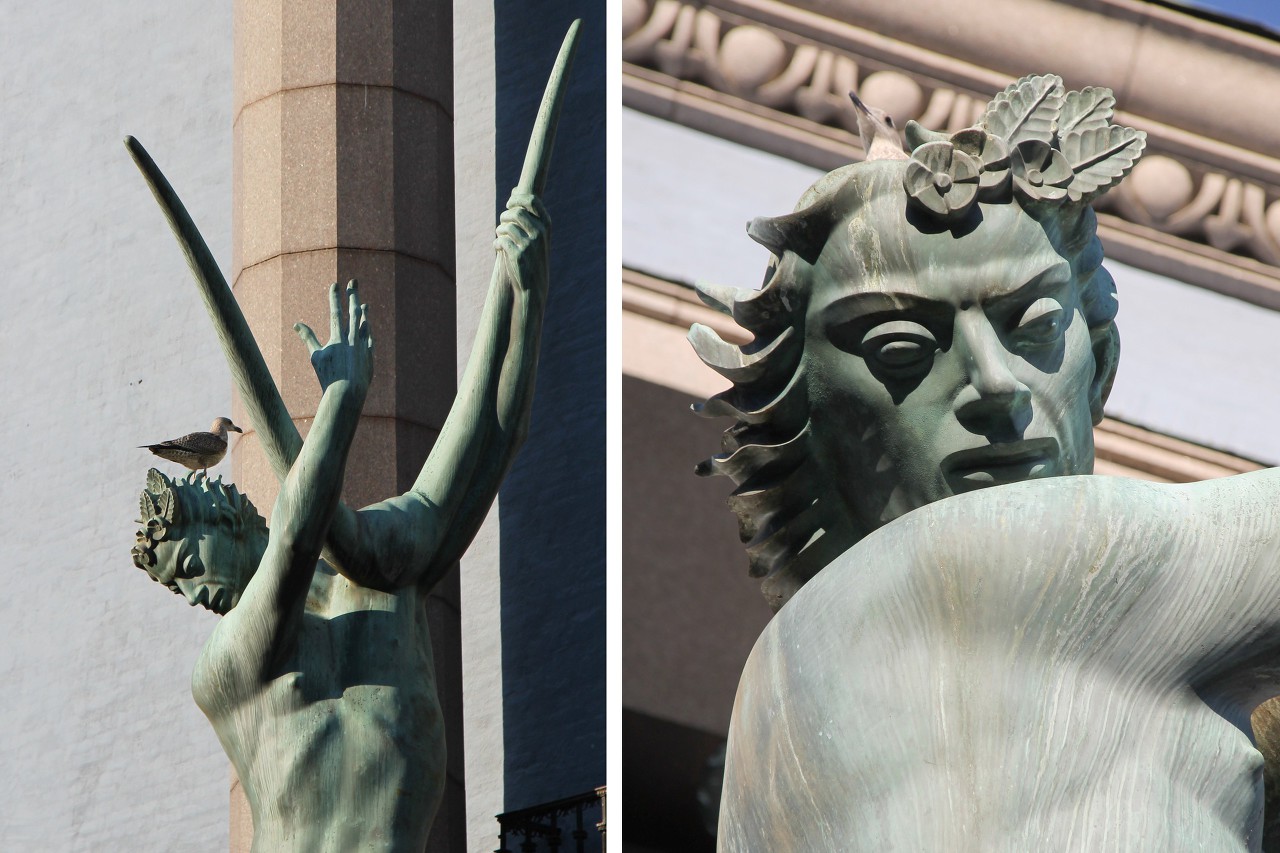 The figures surrounding the statue of Orpheus perceive his music differently: one of the girls is completely immersed in the world of beauty, her eyes are detached from the rest of the world. 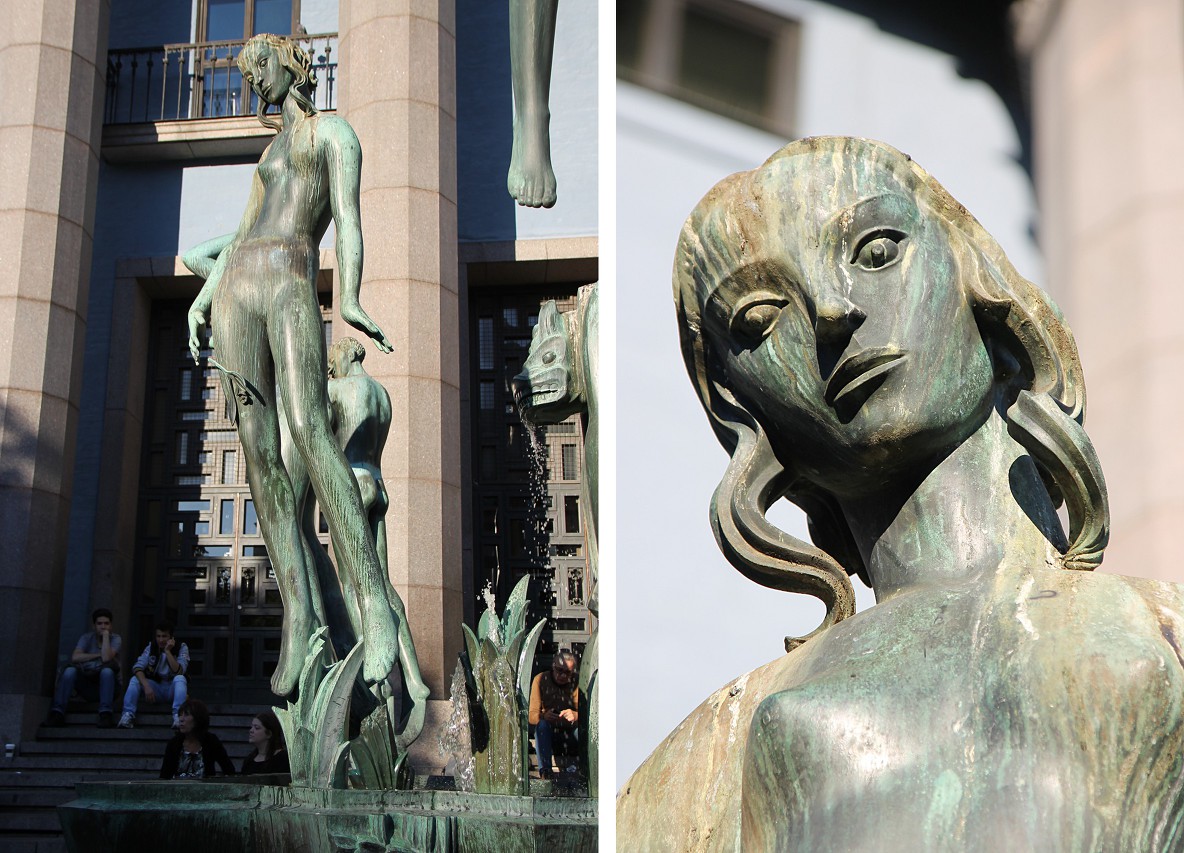 Someone else just listens to their feelings. 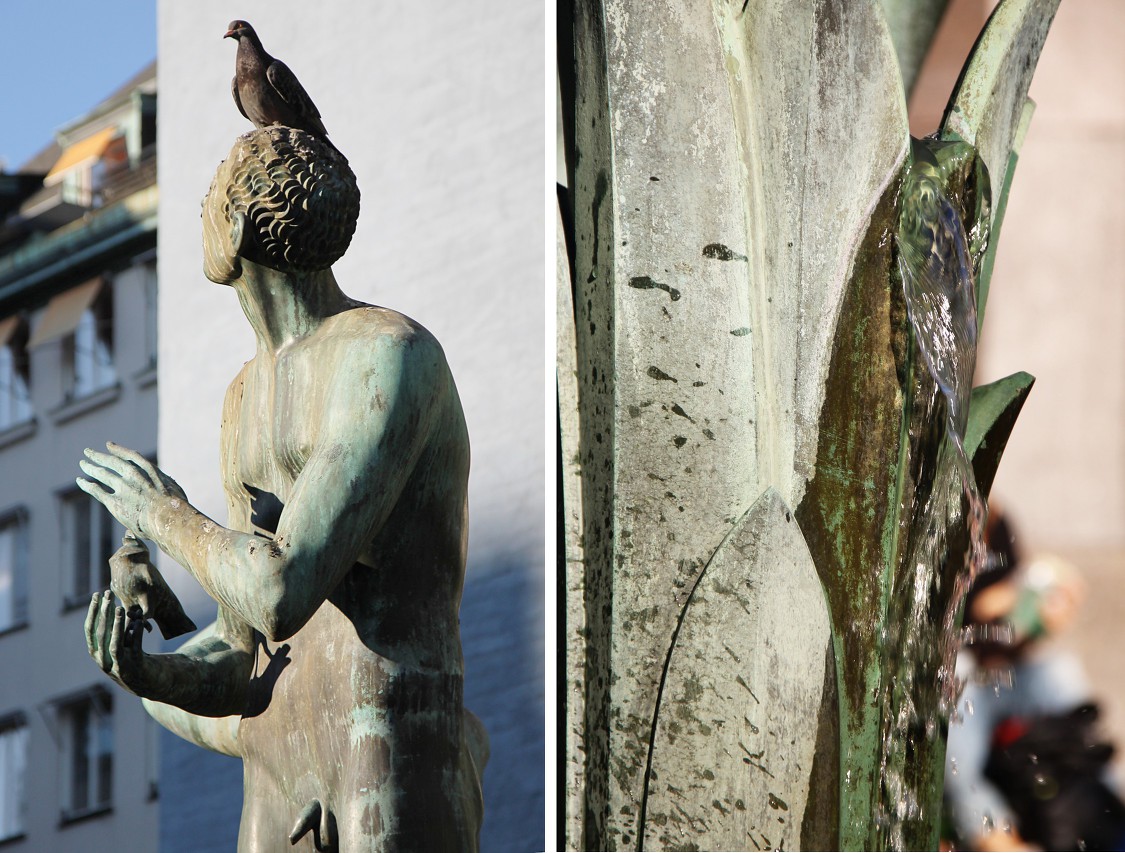 One of the male sculptures raises his hands to the sky, the author gave it the features of his favorite composer Beethoven.

The feet of Orpheus trample on ugly monsters, symbolizing the victory of beauty over negative human vices. 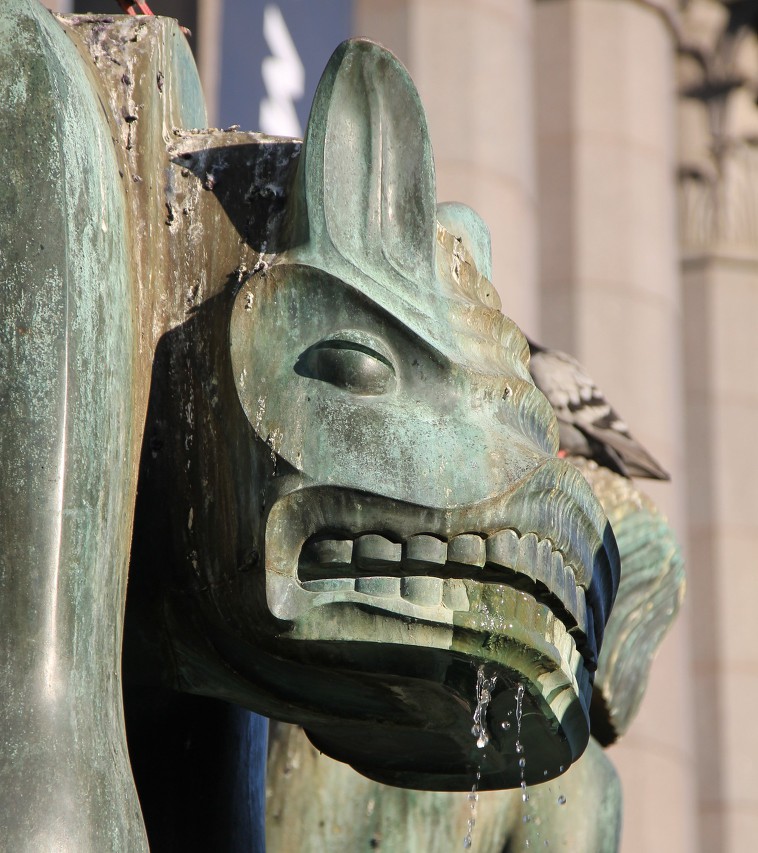